Irises in the Well

Irises in the Well

Things conflate. We are standing in Mairead O’hEocha’s studio, there are changes since I was last here. The paintings for starters, are generally a little bigger, thinner, apparently ‘freer’ – that’s the first mis-footing – a subtly different colour palate certainly – lemon yellow and ultramarine have been mysteriously excluded – I wonder what offence they have committed? Otherwise, a new barer order rules; brighter, whiter space, has replaced the physical and visual language of studio previously filled visual clues, with intensive working clutter – organized, it must be said. The artist has gained an adjoining room… wherein neat, new cupboards and shelving systems, invisibly encase the intensity of O’hEocha’s working processes. She wonders what colour to paint the cupboard doors, I want to know what secrets, what future history, they secretly stow.

I mention all this, why? Well, it forms a reasonable metaphor for the artist’s modus operandi, in that completed paintings seem to the viewer as though beamed down directly from planet art, in perfect, coolly calculated, architectonic, and conceptual realization. Balanced between freedom and constraint – to the point of no longer trusting quite which is which, and all without the merest sign of how impossibly hard-won the path to completion, has actually been. All studio struggles eradicated; working photographs, drawings, oil sketches on paper, and numerous trial and preparatory paintings, have been neatly filed out of sight, out of (my) mind.  They don’t matter. For O’hEocha, they only muddy the clarity of perception. And afterall, perception is pretty important to the understanding of her complex and ever-evolving practice… to which I shall return.  The harder it seems O’hEocha works, actually, contrarily – she has always swum against the tide – the fewer paintings she releases: 2017, saw the last of her remarkable reconsiderations of the nature morte, flower compositions (eighteen paintings in total over three years), and there have now been exactly eight new paintings completed subsequently: Neatly, the entire composition of O’hEocha’s new show for mother’s tankstation, London, cryptically, intriguingly, titled, Irises in the Well.  It is a complete composition, not just a group of paintings, nor even a mere body of work, nothing is out of its very particular place, again balanced, backwards, forwards, but this time between verbal articulation and abstract sensing; competing forces, internal and external, telescopically near and yet simultaneously distant. In none of this are there any negatives, but rather, it all contributes to what makes her paintings, her work, her art, essential, extraordinary, atemporal, and outside, or beyond categorization. They may take time, but after all, they are going to be very long-lived in their place outside of it.

To return to the conflation, let’s call it a conspiracy of simultaneous thought. O’hEocha is speaking about a memory of reading Nabokov, ‘The Gift’, specifically, wherein he describes Fyodor (the main protagonist and a surrogate for the author), being seated on a Berlin park bench on a summer’s day. Dozing, while reading, his heavy eyelids begin to close, tinting the world a glowing red as the sunlight back-illuminates the blood vessels – the actual tones of the world, fused between internal and external: “The ghostly wheels of the city revolving through the interior of bottomless scarlet…”1 As I listen, I am taken back to what I have always thought as my earliest memory, being a child in a pram or buggy, left by my mother outside a small Norwich grocery shore, when I guess, in a different time/world, it was safe to do such a thing. My eyes similarly shutting, the sun poured in, as pure colour, directly, so it felt, into my imagination, into my brain, into my heart, where I still ‘see’ every detail of the scene, striped awning, boxes of vegetables, blue door open framing multi-coloured plastic ribbons, all spatially and temporarily collapsed. I think I have never forgotten it, a pure memory, but perhaps I never actually remembered it, a construct only? How do we know what we think we know? None of which actually matters, relativity only clutters singularity.

O’hEocha’s title, Irises in the Well, is similarly, a crisp uncluttered composite, not really a pun, but a loose conspiratorial allowable, a conceptual conflation; of the iris of the human eye enveloped in poetic darkness, a well – a life-giving source, yet conversely also a dark space of confinement, leading down to the centre of the Earth, or directly to ‘Hell’? A well of souls, perhaps, expansively, a waiting place for the infinite in three major religions; Christianity, Judaism and Islam2. A nothingness, which, through deliberate literary ambiguity, O’hEocha, penetrates and extends a sensory bridge, leading directly to the intense multiplicity of colours of the Iris flower varietal – reputedly three hundred and sixty and a veritable colour wheel – minus lemon yellow and ultramarine.  Its heady perfume associated with death:

A faint, sickening scent of irises
Persists all morning. Here in a jar on the table
A fine proud spike of purple irises…
Only the fire of darkness and the scent of you!
– And yes, thank God, it is still possible
The healing days shall close the darkness up
Wherein we fainted like a smoke or dew.
Like vapour, like dew or poison…3

The iris, Monet’s favourite flower, and ‘immortalized’ pictorially by the dark posthumous notoriety of Van Gogh, it shares an etymological derivation with the front portion of the human eye, from the Greek goddess personifying the rainbow, Iris, acting as a bridge between heaven and earth.

Visual perception, as sensory-to-emotional bridge, has been a concern within O’hEocha’s work for a number of years: This is most explicit in her fascination with the writing of the Bauhaus theorist, Johannes Itten, whose ideas associated prismatically fractured light, with the potential action, reflection, and re-action, as pure emotion, on the human brain. The fooled, emotively-lead eye (as when the heavy summer eyelid falls), creates moments of unassailable permanence, visually, mimetically, correct or otherwise, they seem more real than real – influencing recollected perception of the real 4 – the perpetual, the eternal, as it sinks into the well of memory, where it is both confined and freed. Through this slow ‘knowing’, O’hEocha, considers subject matter, ‘real things’, places, but collapsed, contracted or expanded through the telescopics of time, space and memory, and notably in a number of works here ‘remade’ afresh by a covering of snow 5. In narrative theory snow is commonly employed as a symbolic cleansing, a new beginning changing the familiar into something other, or conversely, a blanket obfuscation of the ‘truth’. Either way, it is associated with transformation – positive and negative – and serves, akin to the goddess Iris, as an intermediary between ‘Divine energy’ and the physical universe. For O’hEocha, snow becomes a metaphor for explaining knowledge as concept, and she draws upon its capacity to symbolize life-changing situations – real or imagined, past or future.

O’hEocha’s commitment to Ireland as both a conceptual, historical, cultural entity is long-viewed as unshakable, and perhaps most clearly expressed not only through her frequent ‘Irish’ subject matter, but in the use of the Gaelic form of her name, to the confoundment of many who struggle with its pronunciation. But as a place to live and work as a contemporary artist, it is apparently, through this group of works, less firmly ensconced than we might imagine6. Her working notes, express a regular doubt, a self-questioning, as to whether to stay in the city of her birth, or to move on, beyond its confines and traditions, its losses and gains: “Dublin – the rest of the World and the Alarm state” [?]. (I assume a reference to the contemporary horrors of the greater political/polemical world). This too is held within the breadth of the title, through which O’hEocha iterates an “active paralysis”, that finds expression in depictions of the city, her city, as an extension of imagination. Sometimes movement; moon clouds over Sandymount beach (more permanent or timeless for exclusion the iconic Dublin ‘Pigeon House’), falling snow, while elsewhere objects are statified, petrified or mummified even, as in Cabinet of Herons, Natural History Museum, which depicts stuffed curiosities (literally and metaphorically) in cabinets, and a single still life, Still Life with Skull, Coral, and flowers, that imagines exactly what it says, but with the skull submerged in, and distorted by, a holding glass. Stephen’s Green, is closed in upon, to an isolated fraction of park railing, over which O’hEocha once, illicitly, used to climb. Oliver Goldsmith’s statue in College Green almost melts into the snows of a newly extreme Irish climate.  Hurricane Irma and Harvey silence Dublin city as heaven meets earth. Only the bell chimes, through the acrid luminescent gloom of a street-lit night sky, hanging heavily over Rathmines church. Copper dome. Ding, dong, bell, who put pussy in the well?  Cat eyes look up from an enveloping darkness. (Lemon Yellow would be useful here?)

1 Valdirmir Nabokov, The Gift, Nabokov’s final Russian novel written between 1935-7 in Berlin under a nom de plume, Vladimir Sirin. The story’s apparent protagonist Fyodor Godunov-Cherdyntsev, is a Russian writer living in Berlin after his family fled the Bolshevik Revolution and arguably a loose surrogate self portrait of Nabokov himself.

2 The Well of Souls; (sometimes translated from the original Arabic as Pit of Souls, Cave of Spirits, or Well of Spirits in Islam), also known in Christianity and Judaism as the Holy of Holies, is a partly natural, partly man-made cave located inside the Foundation Stone under the Dome of the Rock shrine in Jerusalem. The name Well of Souls derives from a medieval Islamic legend that at this place the spirits of the dead can be heard awaiting Judgement Day. The name Well of Souls has also been applied more narrowly to a depression in the floor of this cave and to a hypothetical chamber that may exist beneath the floor. The Dome of the Rock — called Qubbat as-Sakhrah in Arabic and Kipat Hasela in Hebrew — is an early medieval Muslim shrine on Temple Mount, known as Har haBáyith (temple mount) in Hebrew and as the Haram Ash-Sharif (noble sanctuary) in Arabic.

4 O’hEocha has previously expressed “little faith in the veritas…” of photography – favouring knowing through the experience of repeated drawing.

5 Most explicitly in; Oliver Goldsmith statute at College Green with Snow, 2018 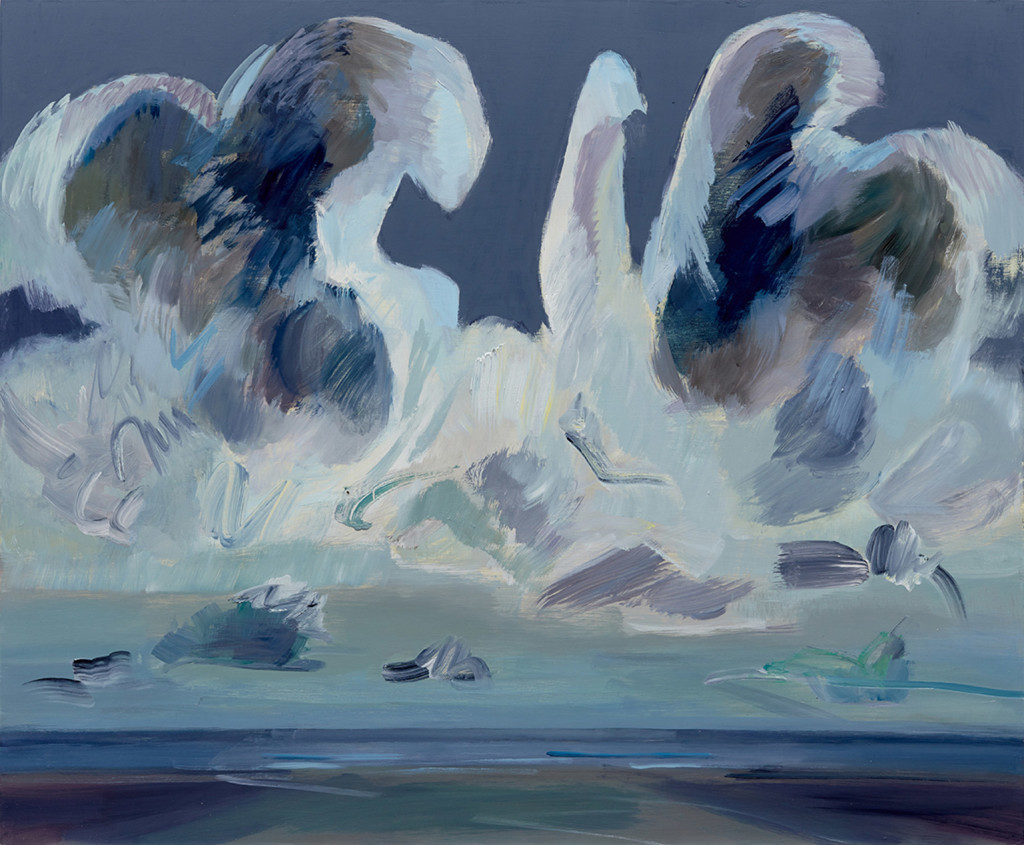 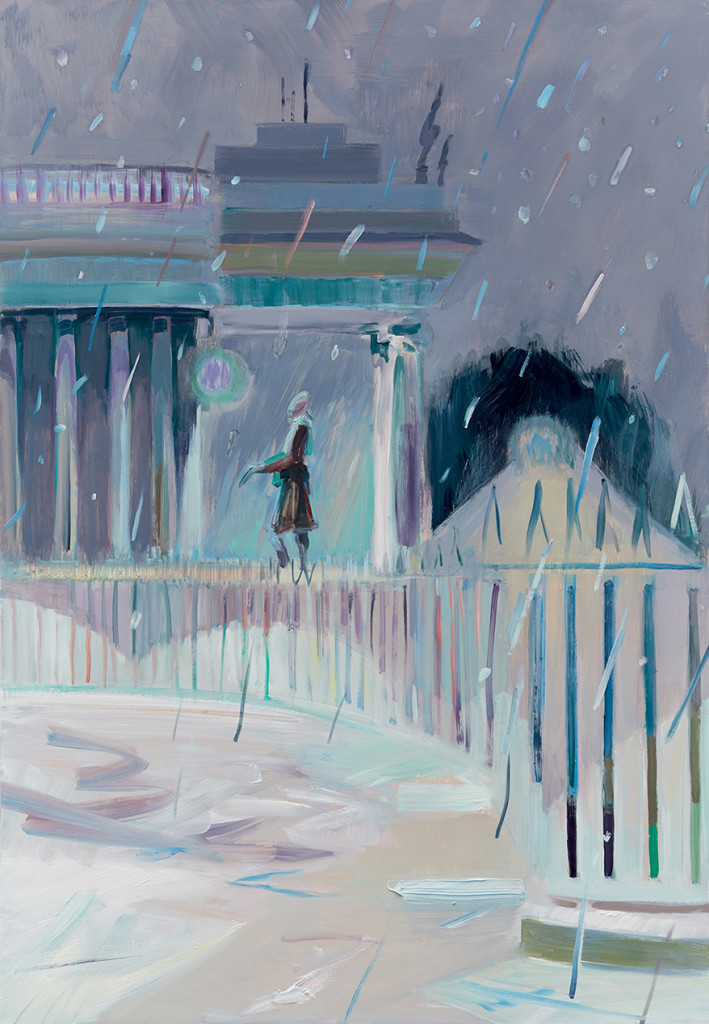 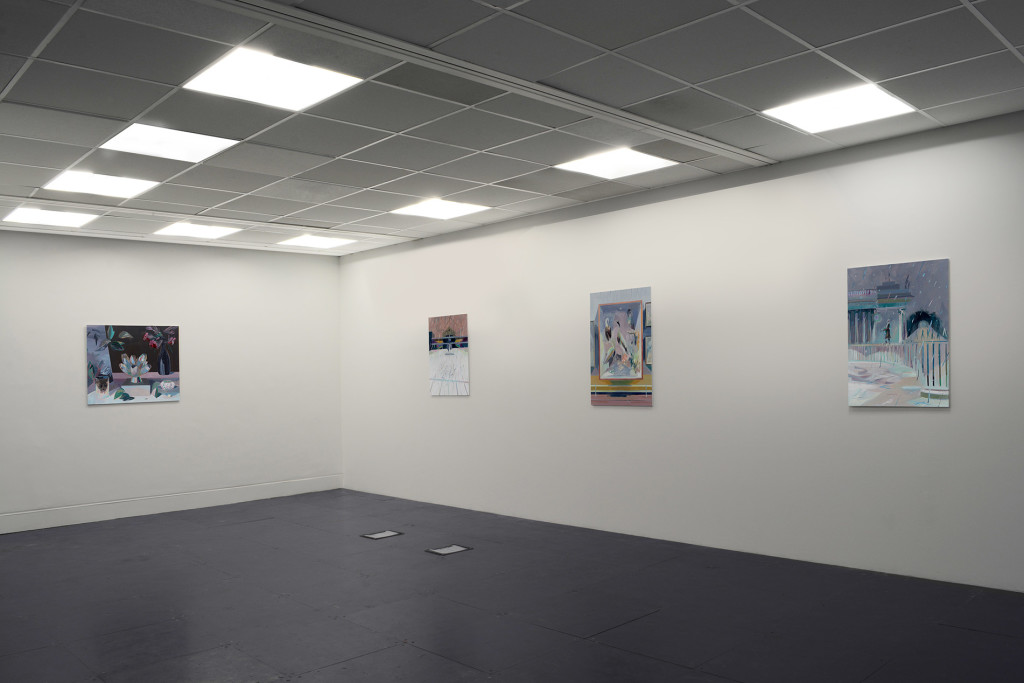 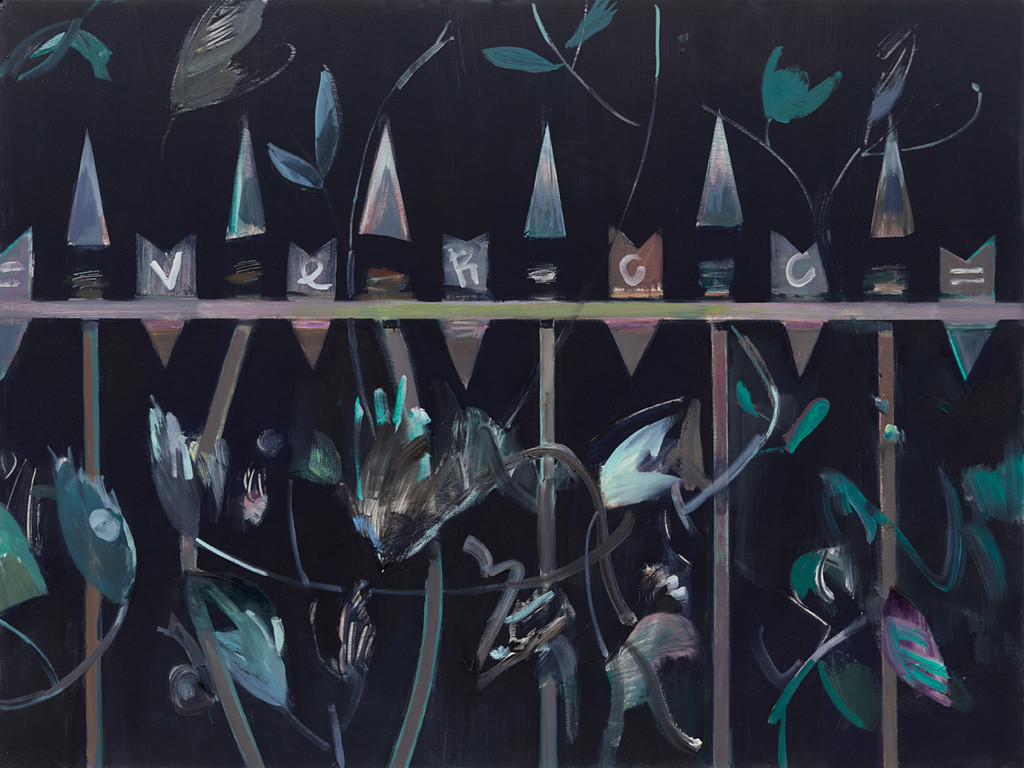 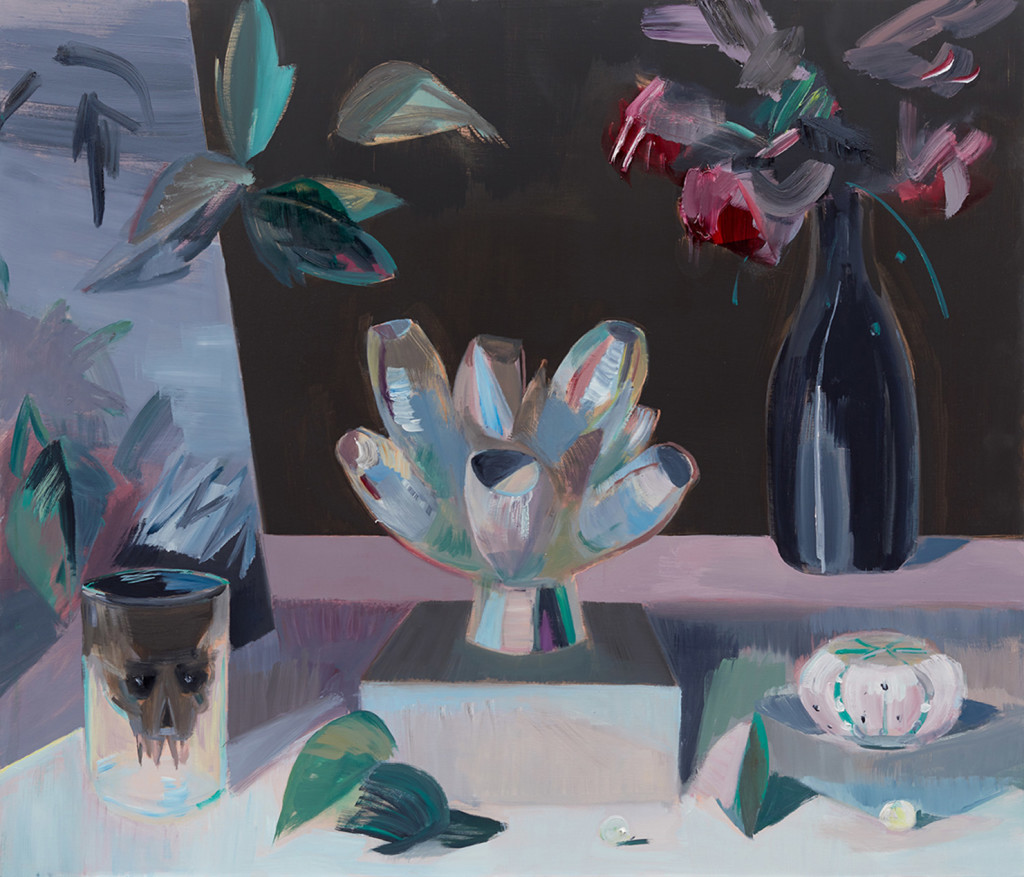 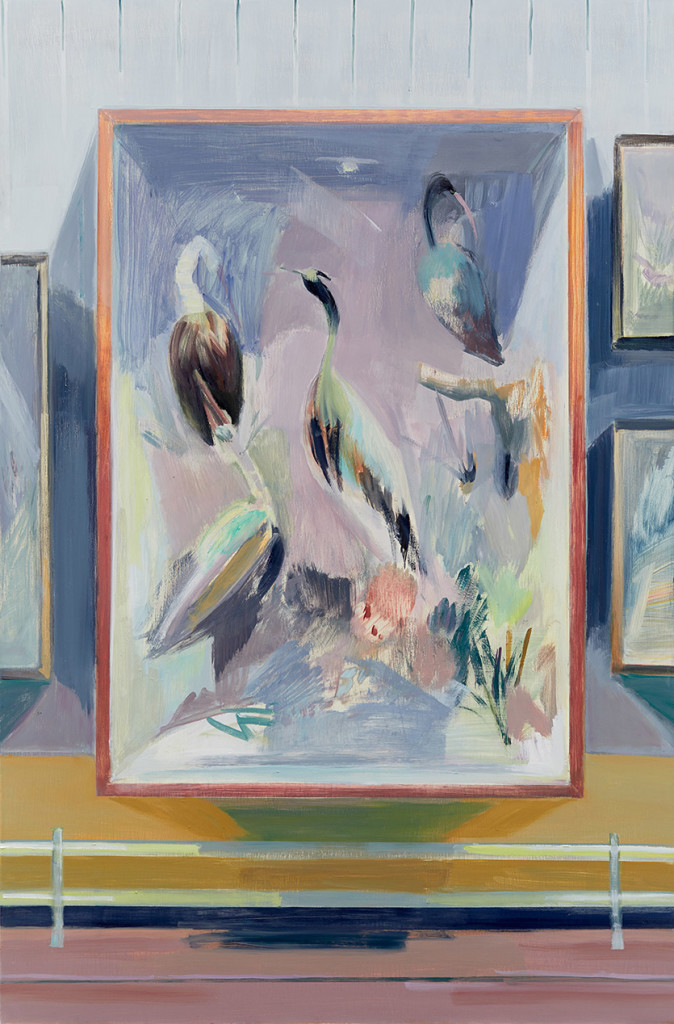 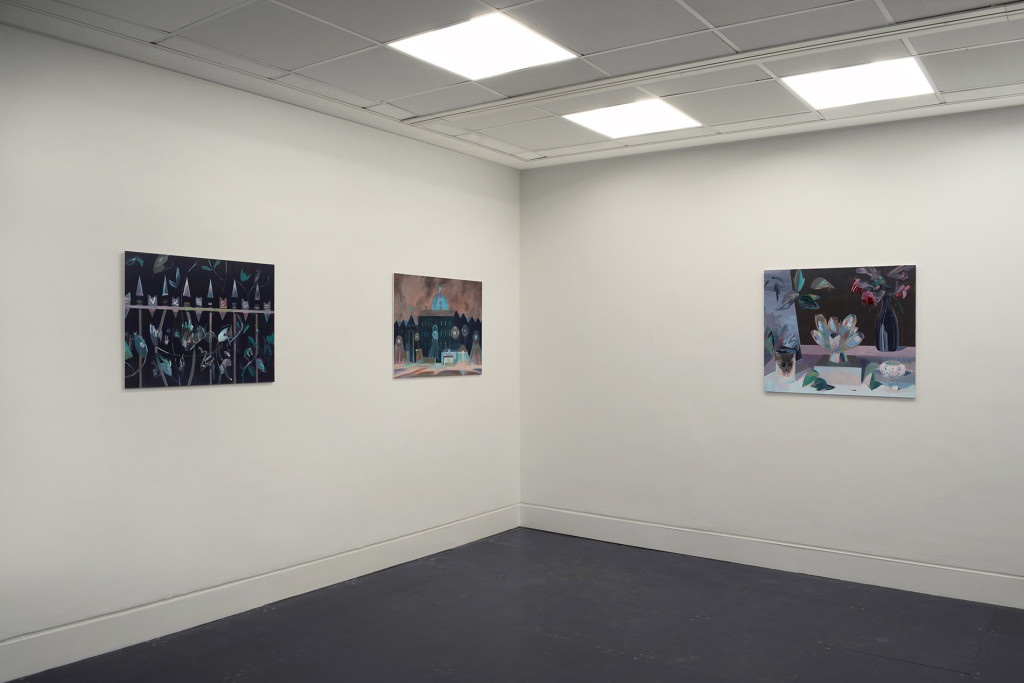 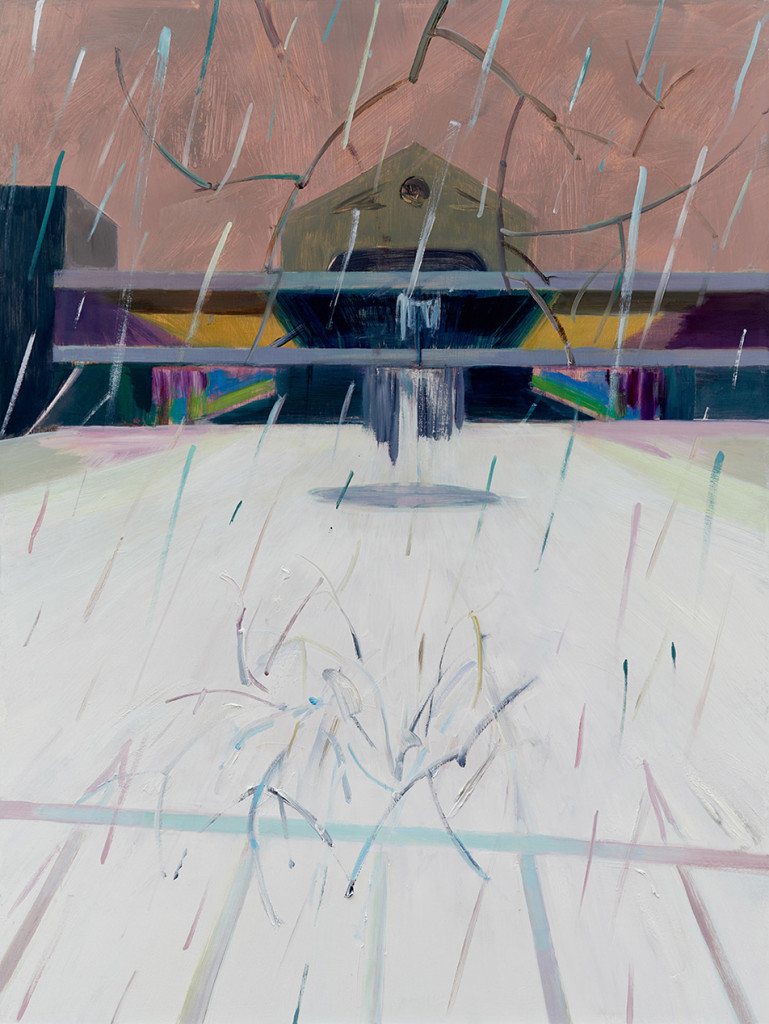 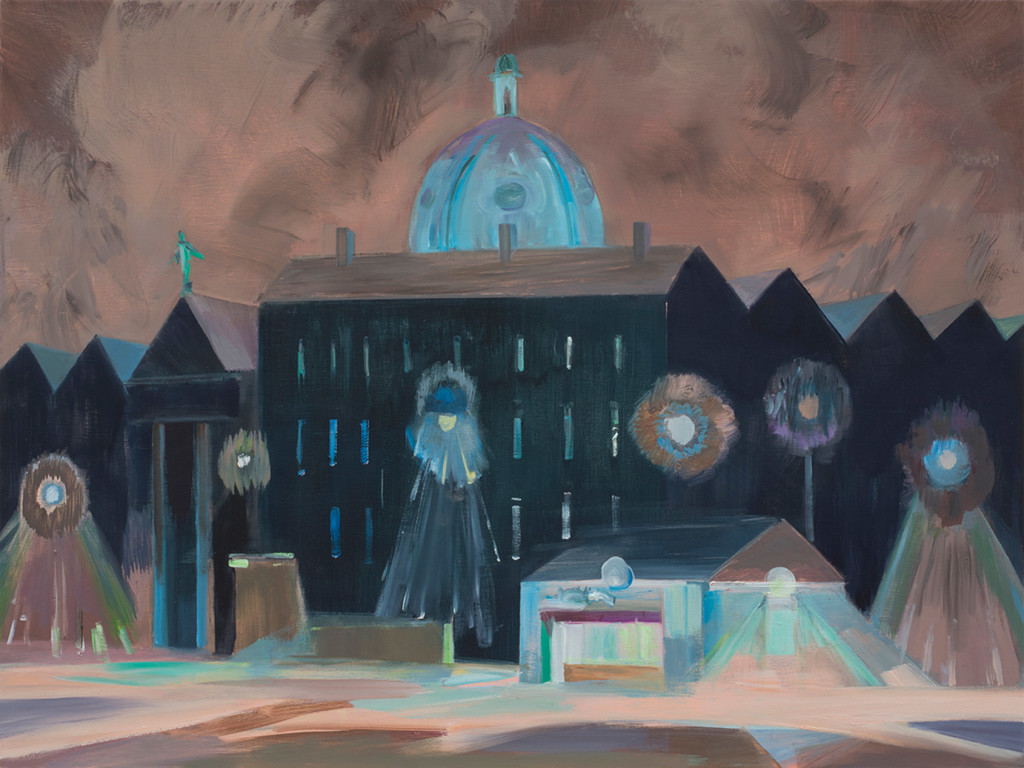 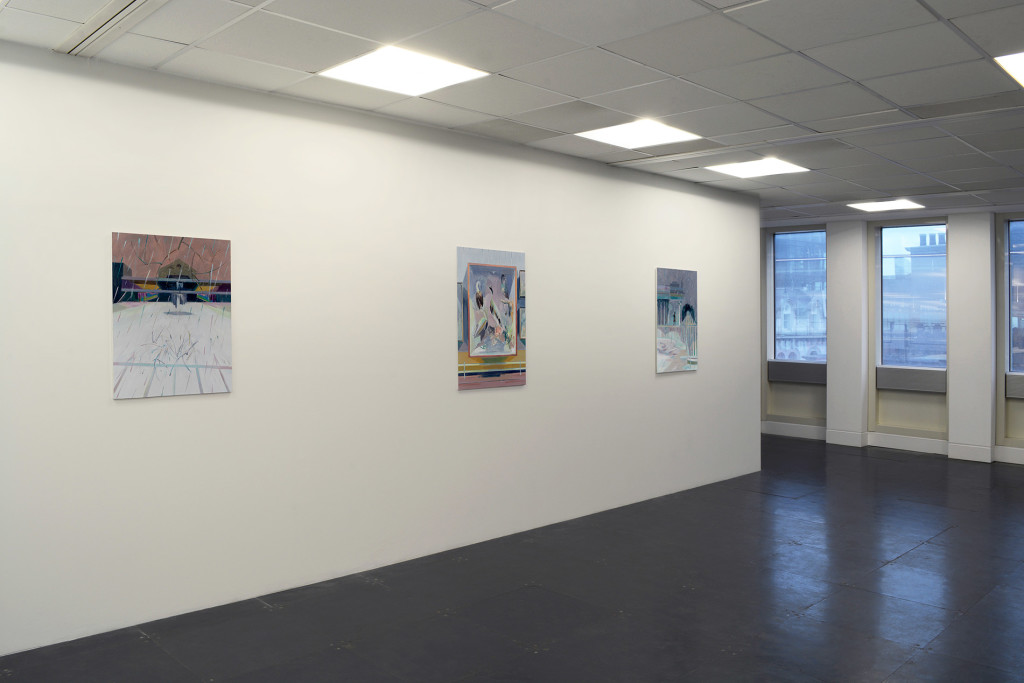 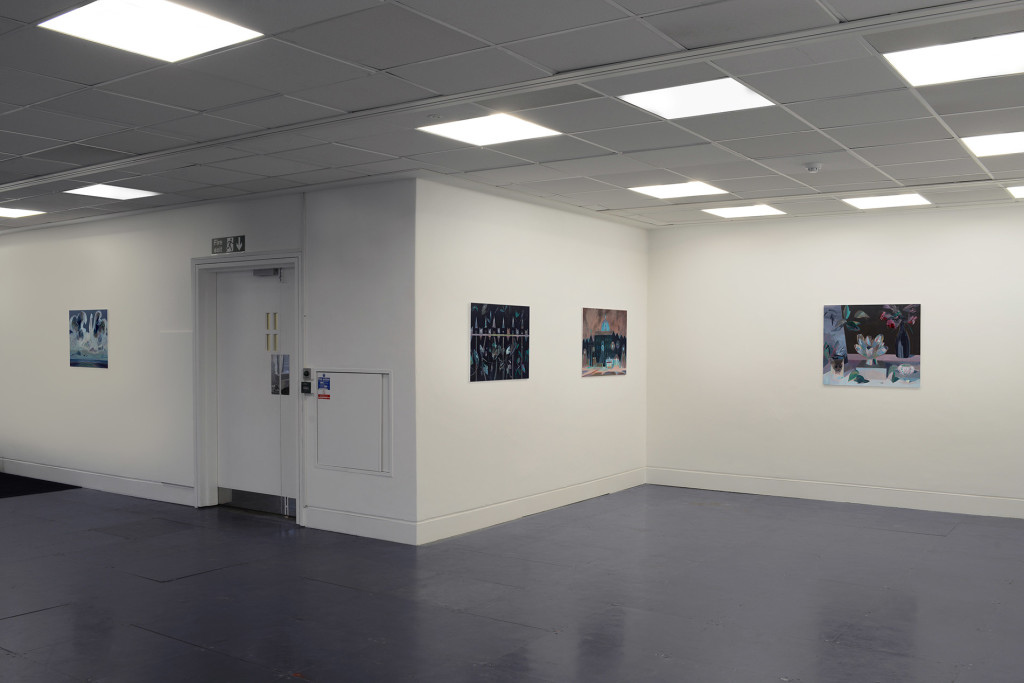 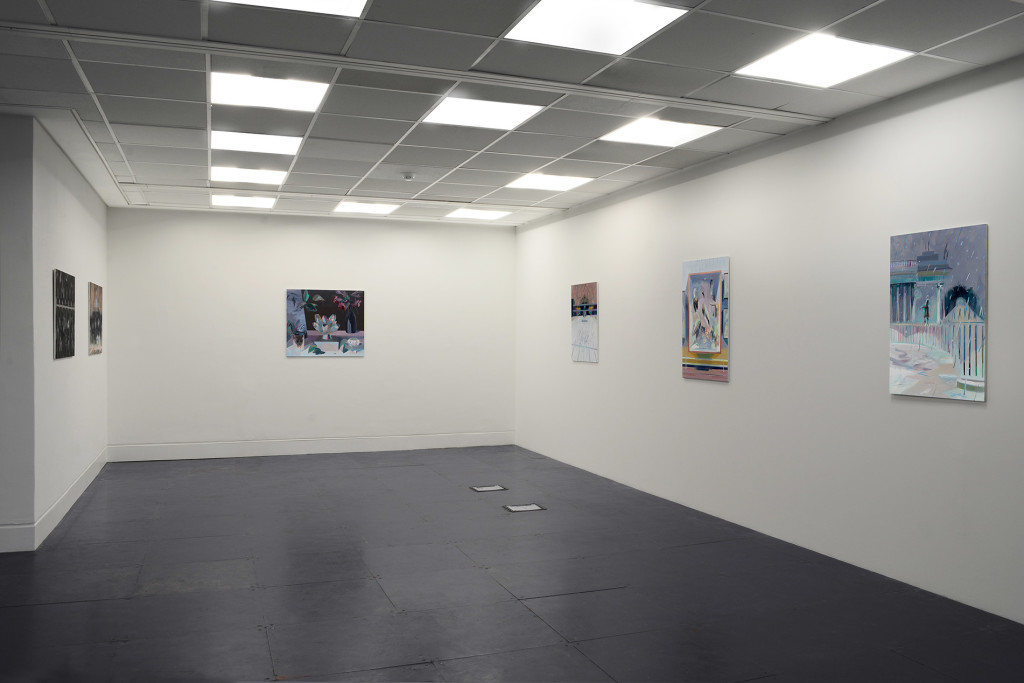