There is a deliberately misleading directive, a paradox, hardwired into Hannah Levy’s sculptures that defies, or perhaps, irreverently thumbs its nose at expectations whereby representation links to an anticipation of linear meaning. Rather than jumping on the over-easy bandwagon of ‘surrealism’, to describe or perhaps miscategorise her practice, a case can be made that Levy’s darkly humorous intent is similarly encoded with the ‘real’, or a socially satirical version of such; one that enjoys enticing the viewer down a primrose-lined (les fleurs du mal) garden path, right into the arms of an unexpected mugging, or at least an intellectual ambush, where what you think you see, is never what you actually get. Levy’s intentional misdirection is neither; weird, odd, unreal, dreamlike, fantastic, bizarre, but the antonym of the surreal, “ordinary”, a baseness, that holds fast to the primacy of the direct, the actual, within her work. On differing sides of anticipated perception, or disparate automatic reading; I have witnessed a sensitive parent instinctively re-direct a child’s eyes from a Levy sculpture, where a harmless pair of gourds, okay cast in perfect knobbly detail in squishy pink silicone, resting beside one another like a loving or post-coital couple, on a stretched taupe silicone bed, cut and shaped as a modernist furniture sling. At the same time, the work was also included on an Art Basel Hong Kong, childrens’ ‘art club’ activity sheet, with the edict; “Find these vegetables”!

Evidently, readings of Levy’s work might and have described it as either, sexy, sexual, of the aesthetic of the sex shop, but one thing it is certain that it is never overtly, bluntly, or simplistically, about the mechanics of sex. Like its actuality, rather than its too-common fictional representation, there is so much more, psychologically and emotionally, it is complex. Levy’s work is similarly so, and its undeniable fetish, is nuanced in the dualistic context of both the real and of the psychological fabrication of architectonic fetishism, that which Ludwig Mies van der Rohe described as god being in the details. However, the paradox of redemptive Satanism, claims that “to know God is to know the Devil” 1. Mies van der Rohe’s proposition of ‘skin and bones’ structures seems sensitive to this dynamic; bent tubular metal frames stretched or draped with soft, elastic or pliable forms or skins: An efficacious sexiness of purpose, where sprung steel works explicitly in tandem with function, producing ergonomic armatures that act as a negative space awaiting the intersecting fit of the human body. Again the dialectic pervades, the intimacy of the relationship, body-to-chair, is however best appreciated, aesthetically, by transposition, wherein the human is physically absent. You can only ‘see’ yourself, at one with the chair, by imagined projection in an unphysical idea of the act of sitting. This distanced intimacy behaves the same way in Levy’s work, where the idea of a conjured viscerality is crafted by an artistic slight of hand, an extraordinarily co-option and fusion of inert, prosaic, real-world-things; handrails, tubular steel furniture, gym and medical equipment, fruits, vegetables, the odd shrimp, etc., transmuted into anthropomorphised objects that mimic the presentation of personality, trait or attitude, in manner that in certain instances, justifiably causes the parent to cover innocent eyes. Furniture descending in joy.

Alongside the idea of touch, there is a fetish of taste, the flesh tones of the silicone, frequently employed by Levy, deliberately refers to the prevalence of ‘neutrals’, a palette choice, the pinks and ivories common in contemporary décor, or as Levy describes them, colours socially coded as “white”. Alongside socio-political-satire, the deliberate post-human literalism, in Levy’s work is (equally deliberately) sacrificed on an altar of high modernist aesthetics. The sculptures are neither primarily of, nor directly about, that which they initially appear, namely the body, rather they are abjectly beyond it, an extension of physical intellect, close, but out of reach. Levy takes what we think we know, what we feel we see, and dumps it unceremoniously into a realm she has described as “design purgatory”. Rich and strange, neither-this-nor-that, but real, whatsoever that is. Stuck forever. Any other associations or readings, are evidently, in our collective mental space. To know that God is in the details, means we know the joy of descending.

Hannah Levy (born 1991, lives and works in New York) completed her MA at Städelschule, Frankfurt in 2015. Recent exhibitions include, Being There, Louisiana Museum of Modern Art, Denmark; Past Skin, MoMA PS1, New York; Things I Think I Want, Frankfurter Kunstverein (all 2017). Hannah Levy’s work is part of the collections of the Louisiana Museum of Modern Art, Denmark, and the National Gallery of Victoria, Melbourne. Panic Hardware is Levy’s first solo exhibition with mother’s tankstation.

1 In writing about the dualistic struggle with the poetry of Baudelaire, Pierre Emmanuel cites the French Philosopher Joseph de Maistre (as does Baudelaire himself in De l’Essence du Rire): “There is in every man [sic], at every moment, two simultaneous postulations, one towards God, the other toward Satan. The invocation to God, or spirituality, is a desire to rise to dignity; that of Satan, or animality, is a joy of descending “ (J.I., 62). Pierre Emmanuel, Baudelaire, The Paradox of Redemptive Satanism, The University of Alabama Press, 1967, pg. 107 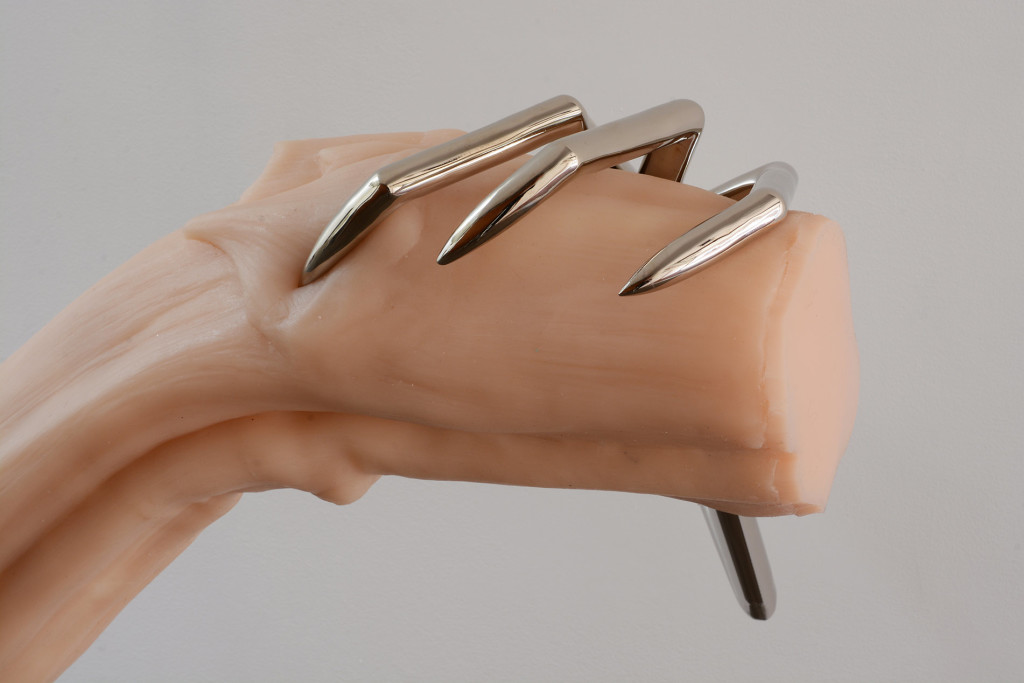 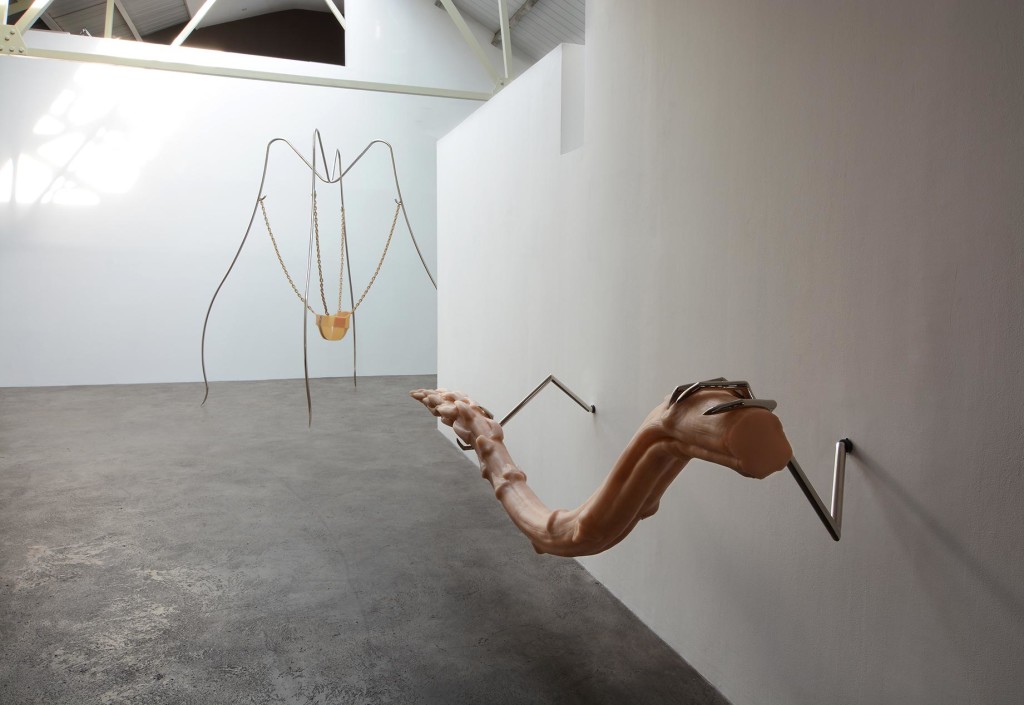 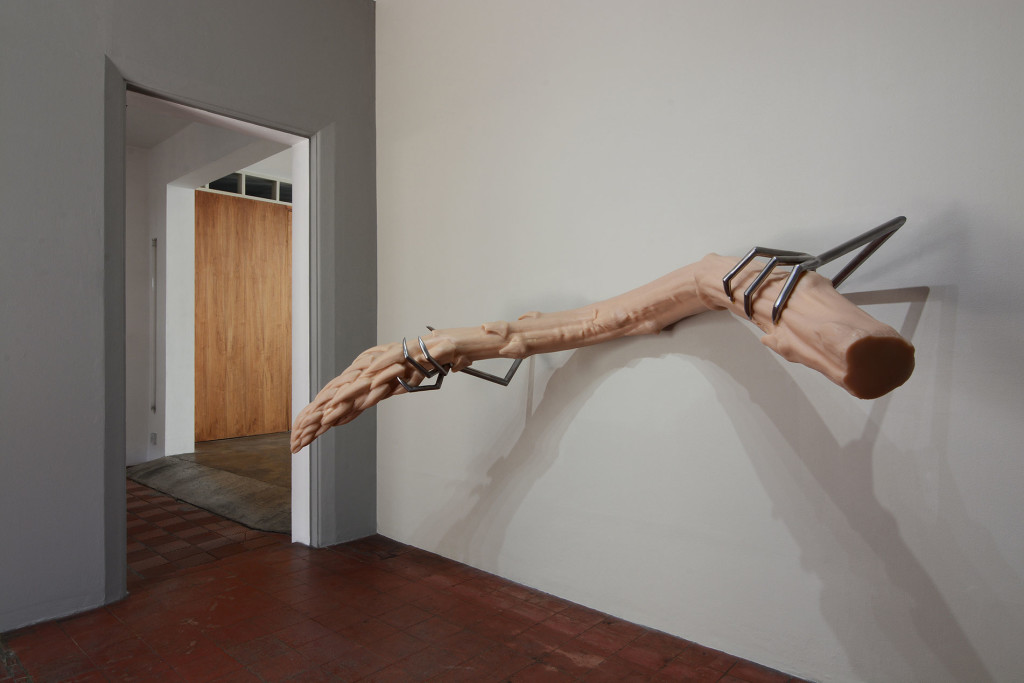 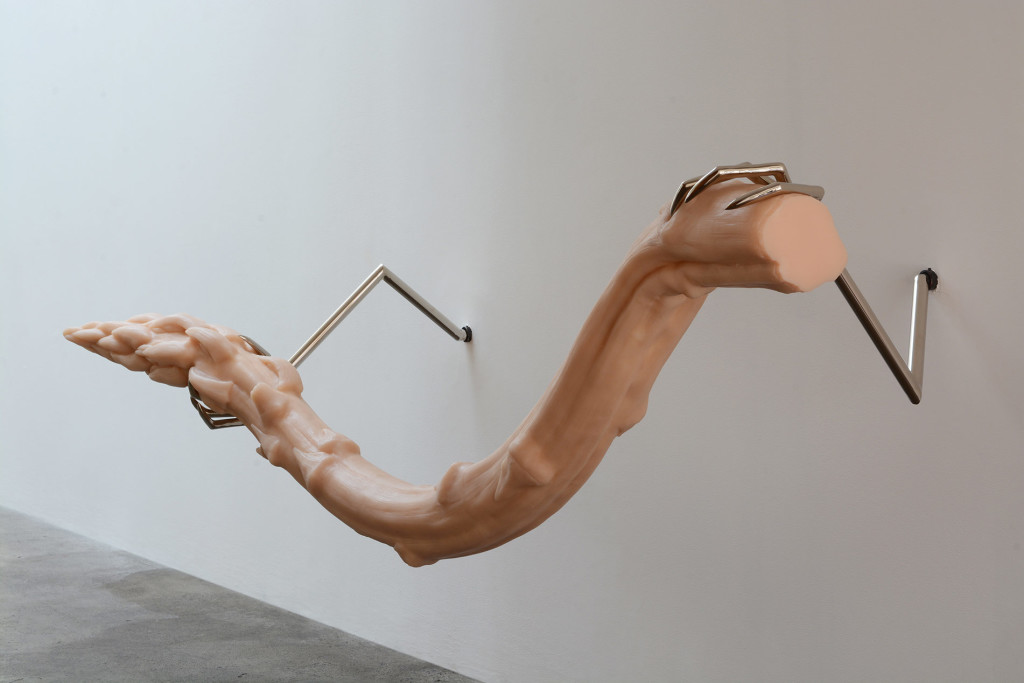 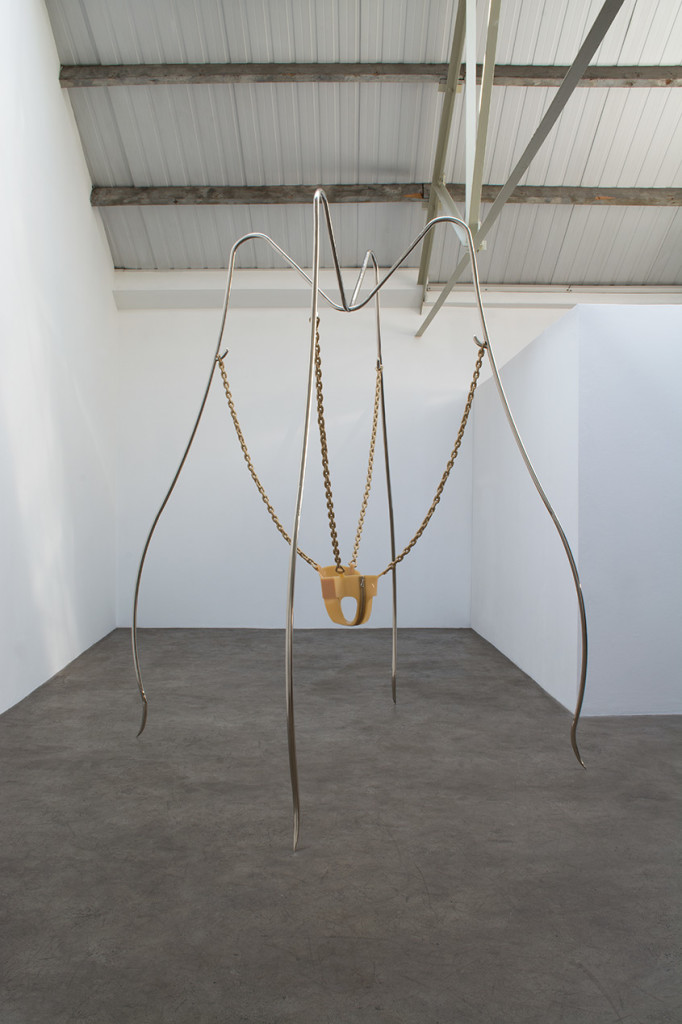 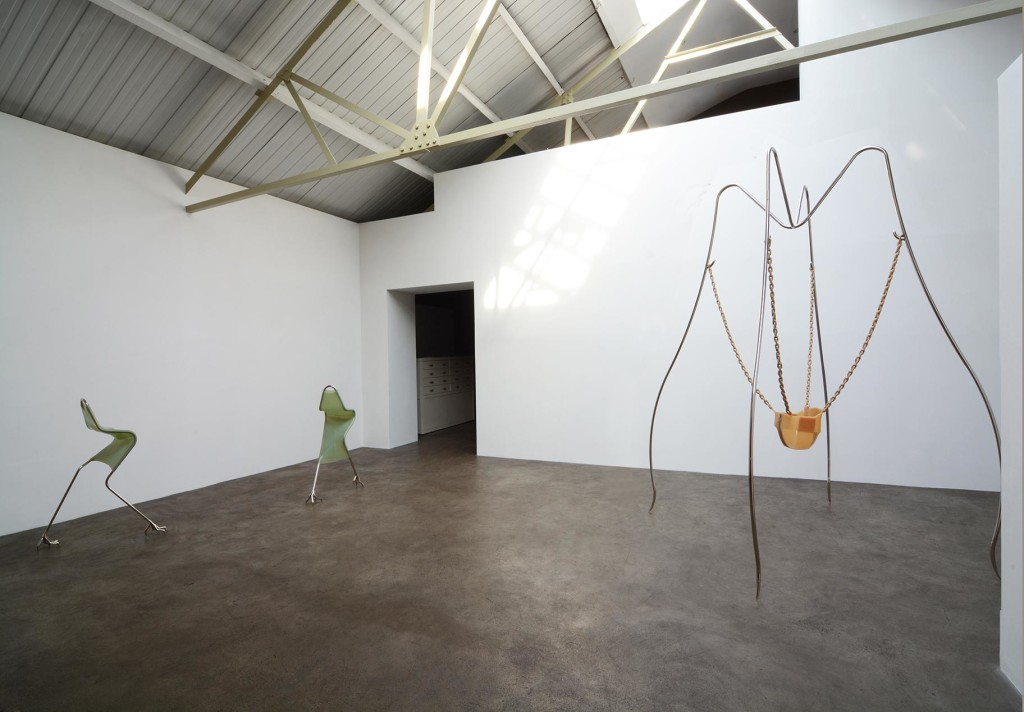 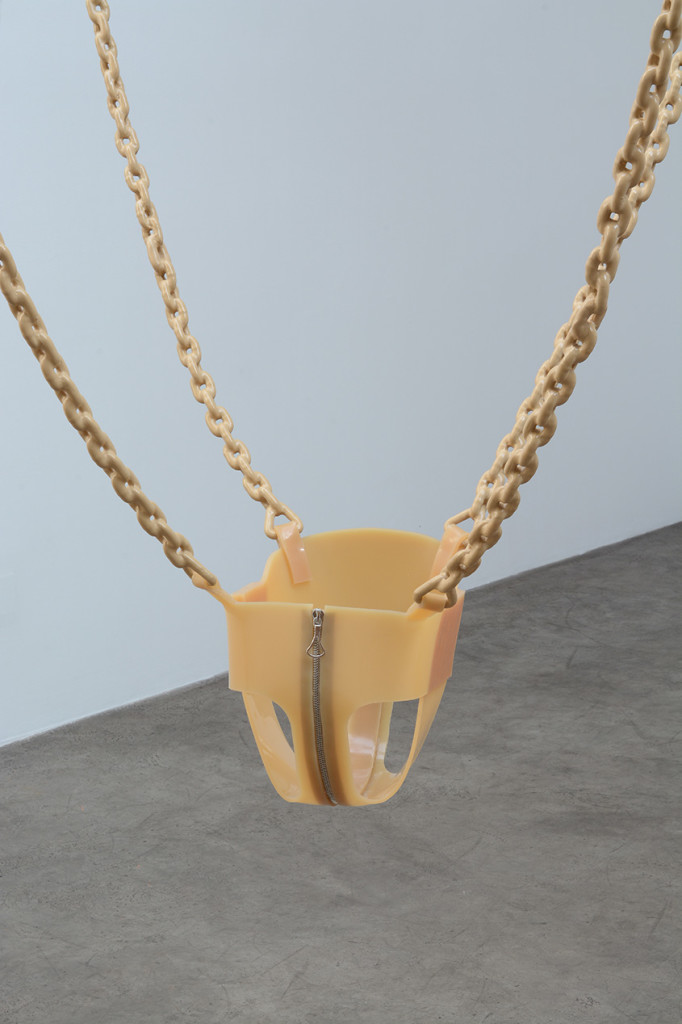 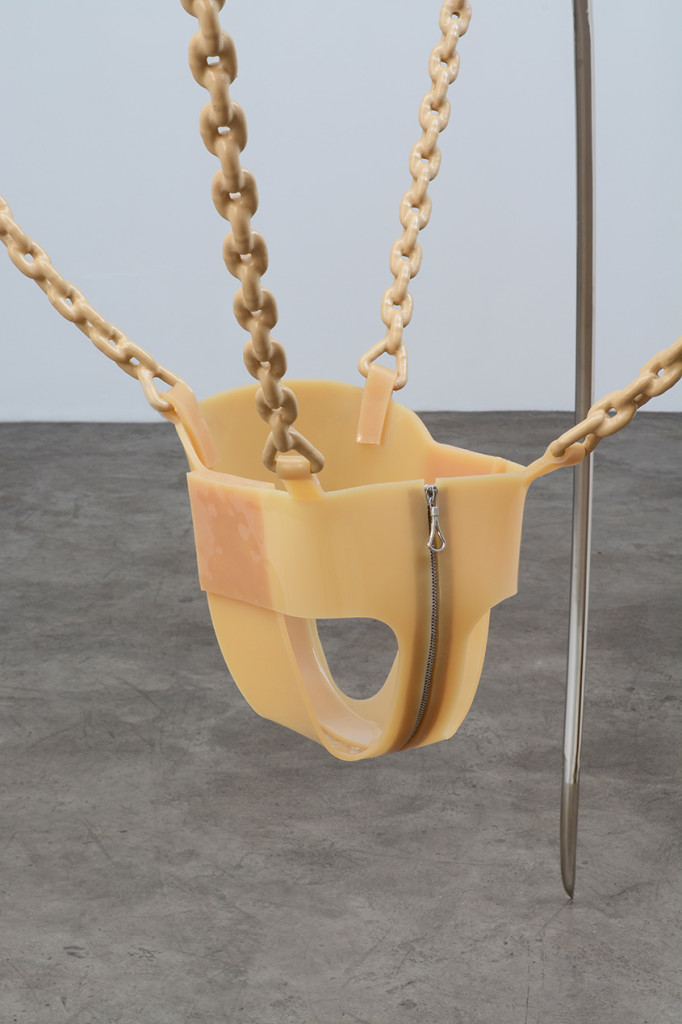 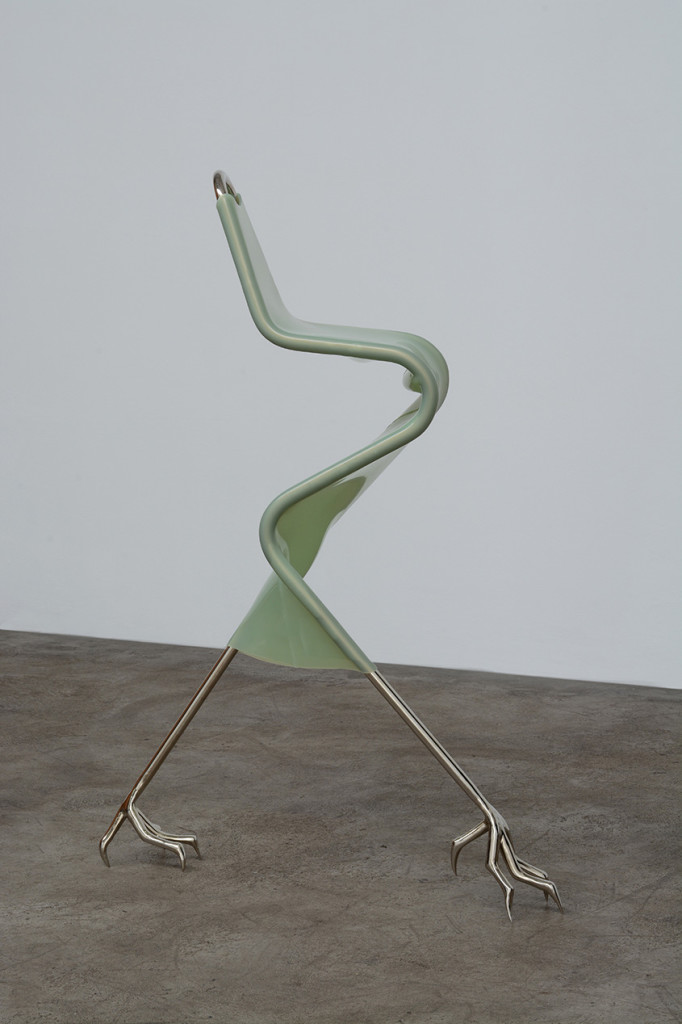 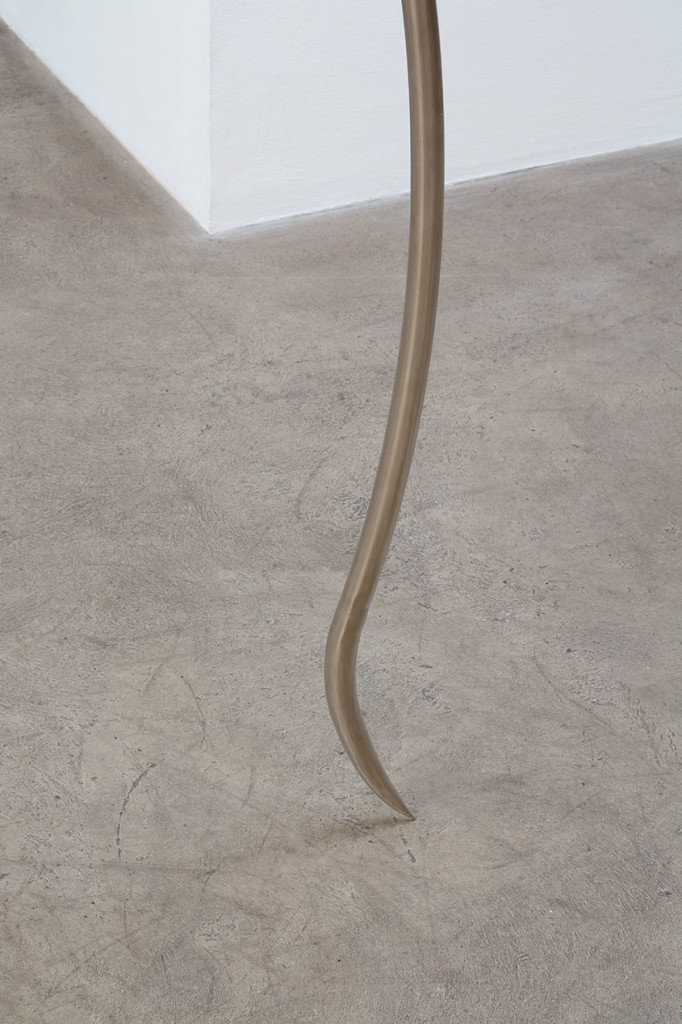 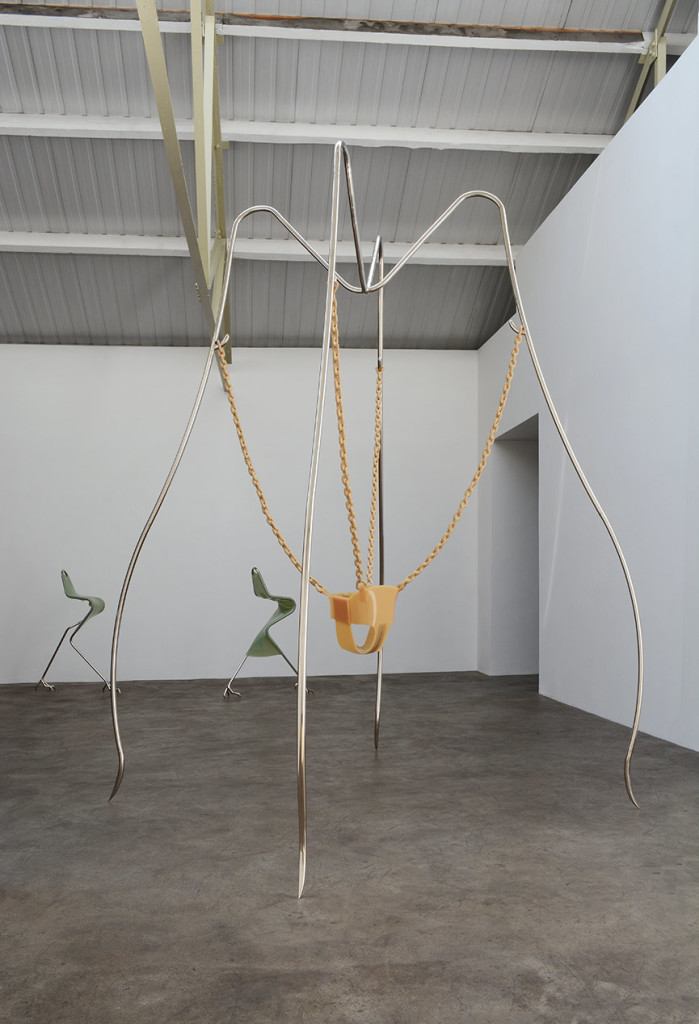 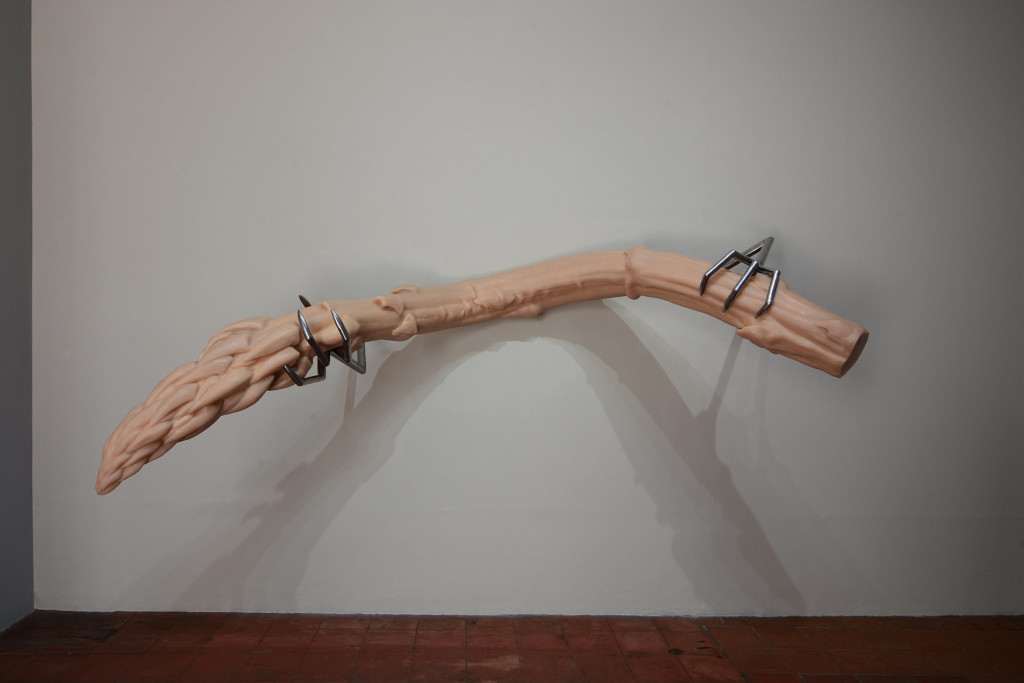 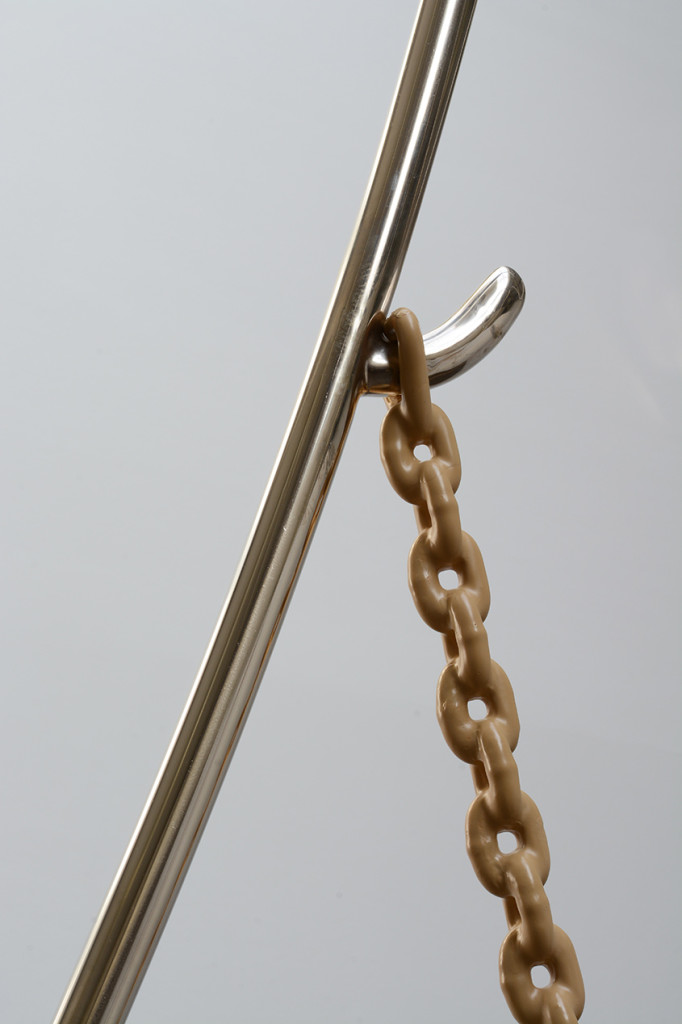 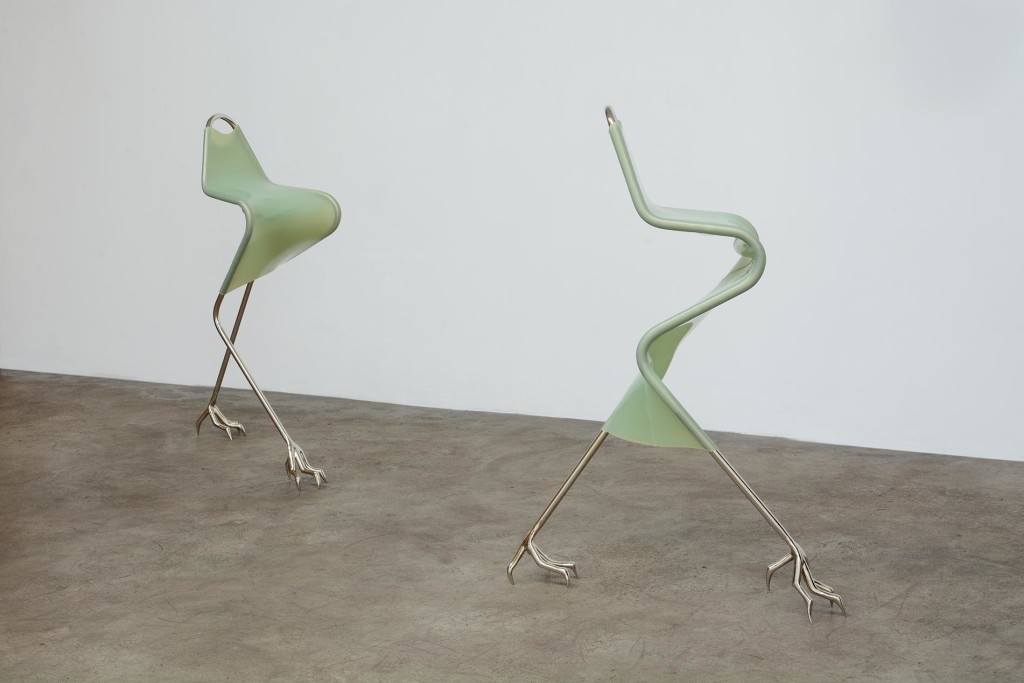 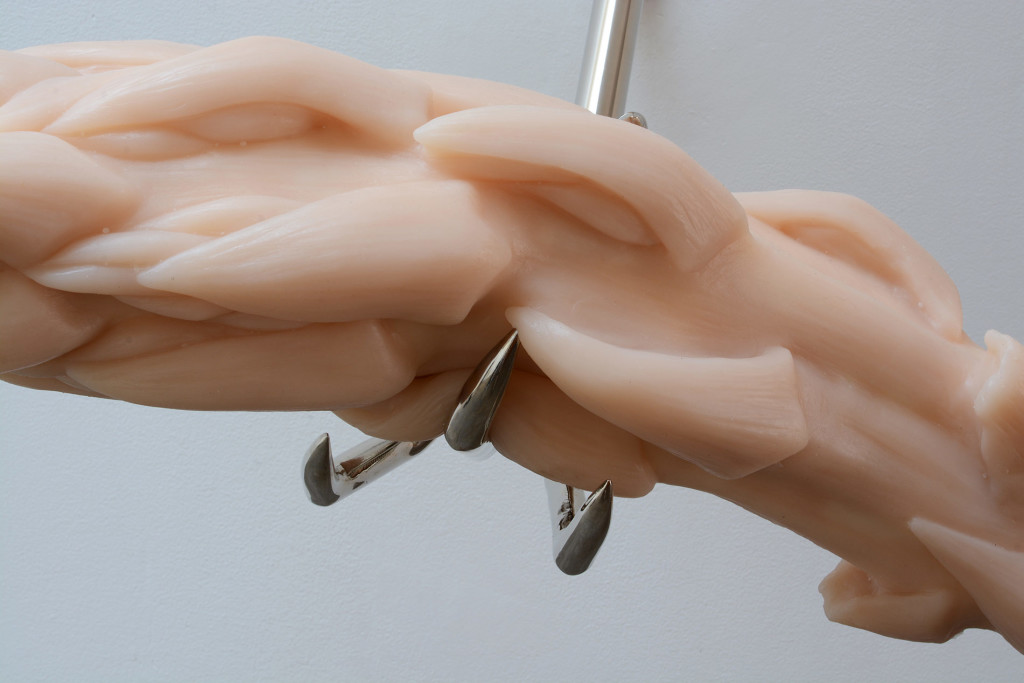 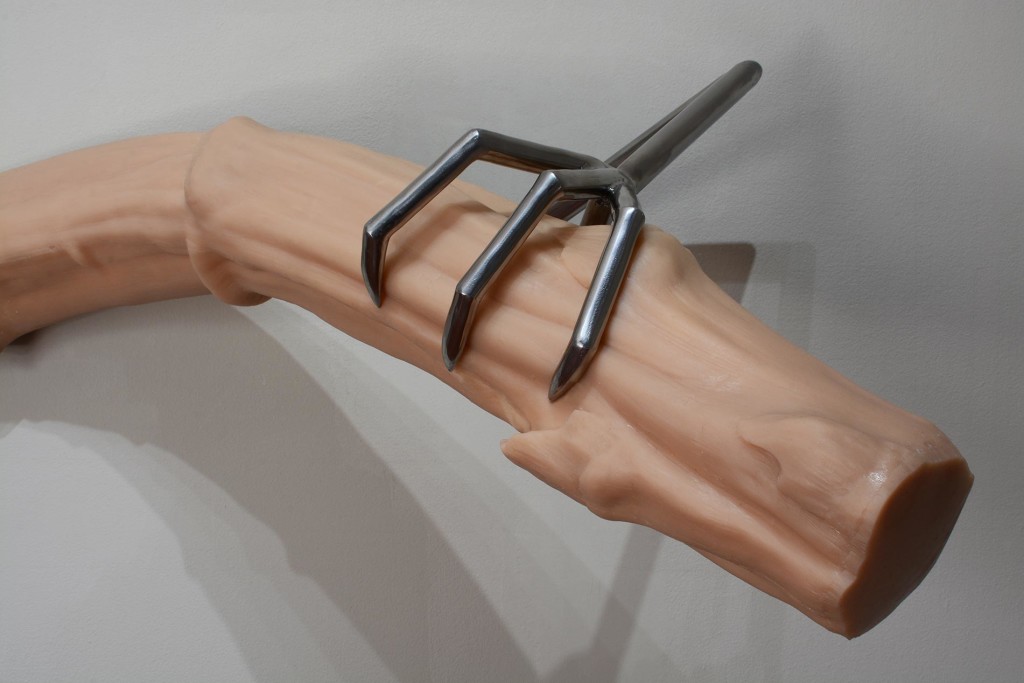 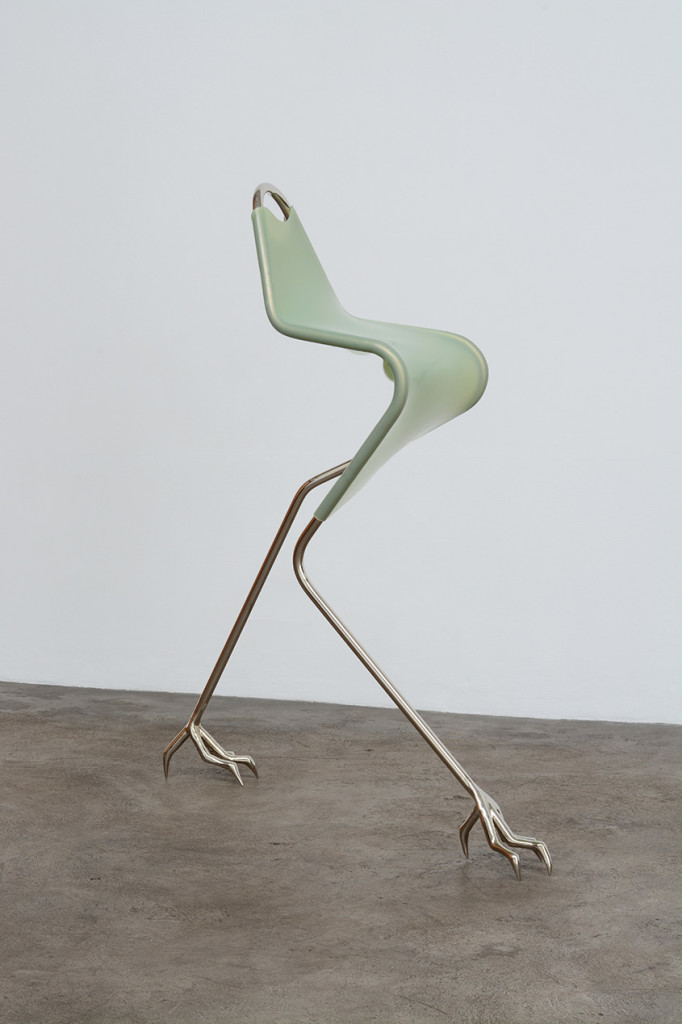 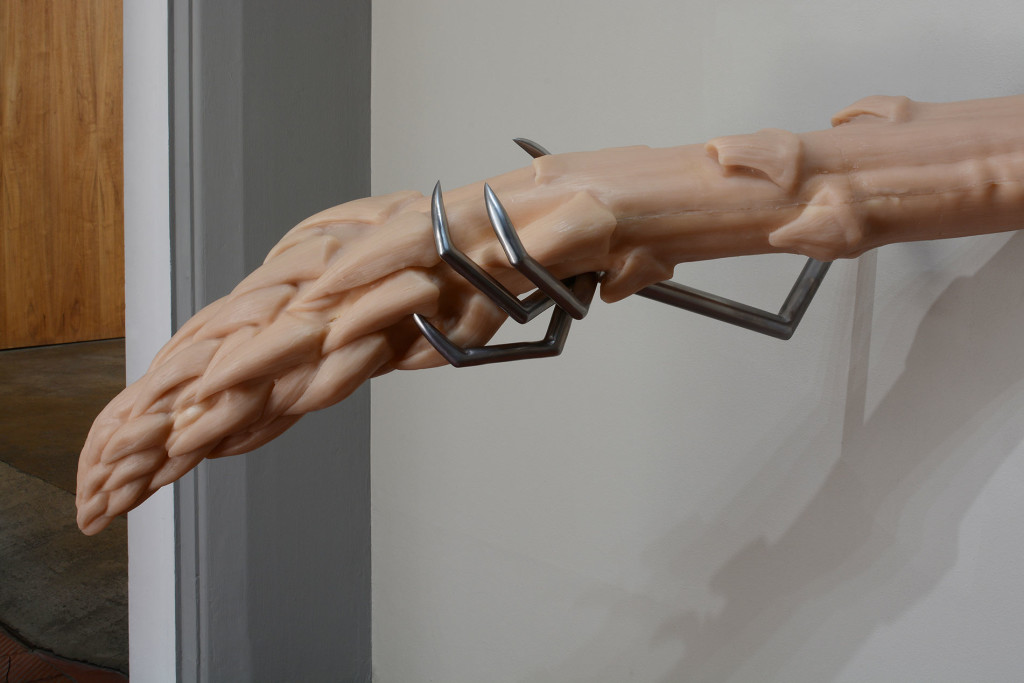 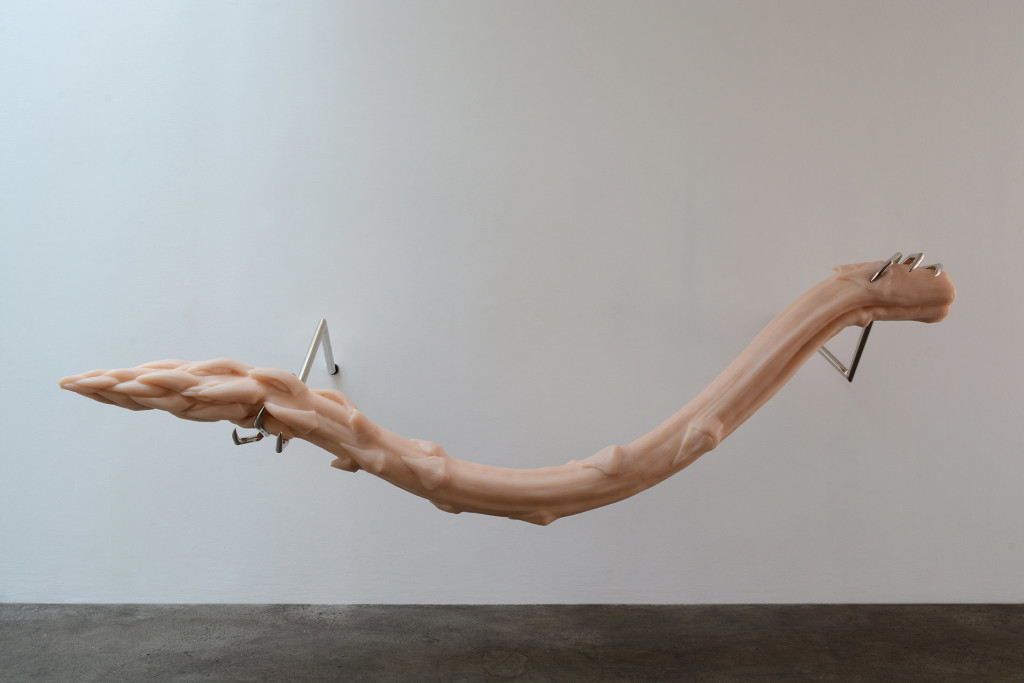 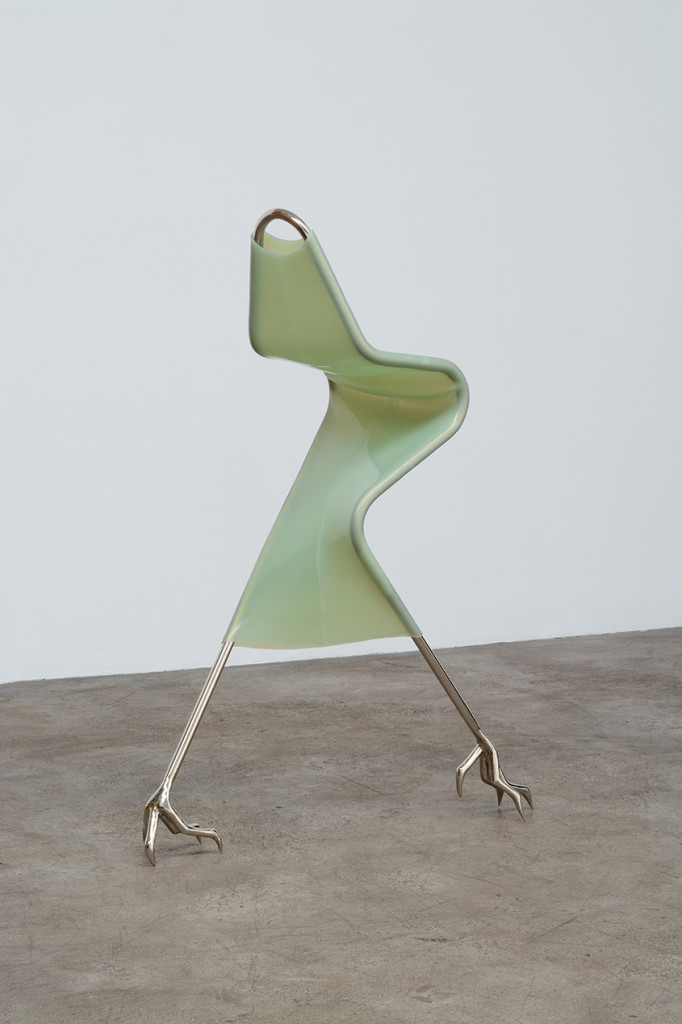 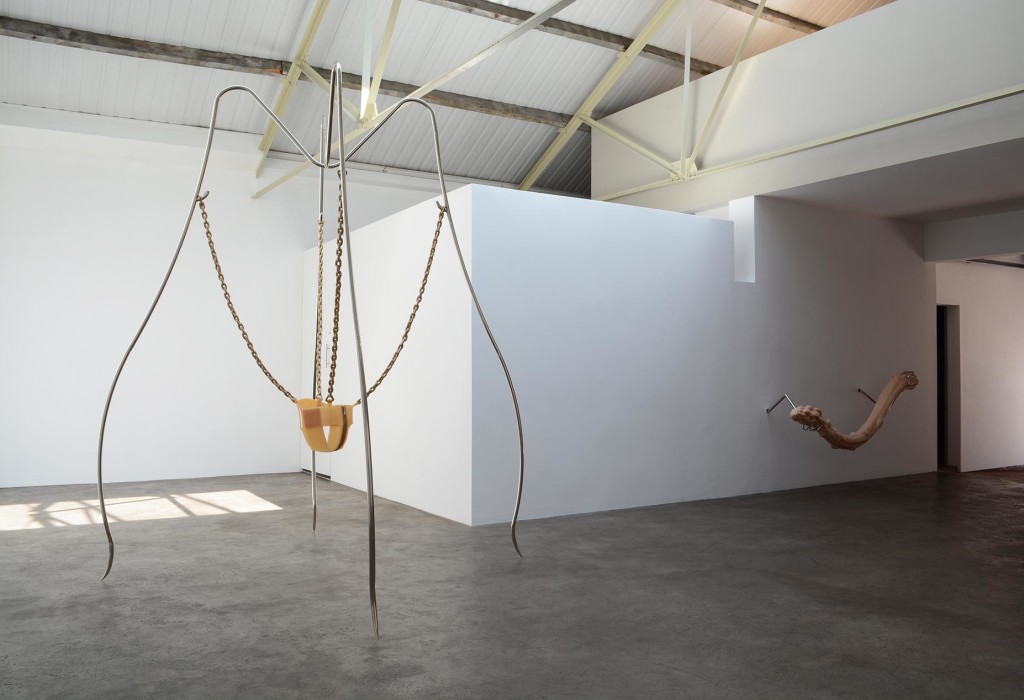