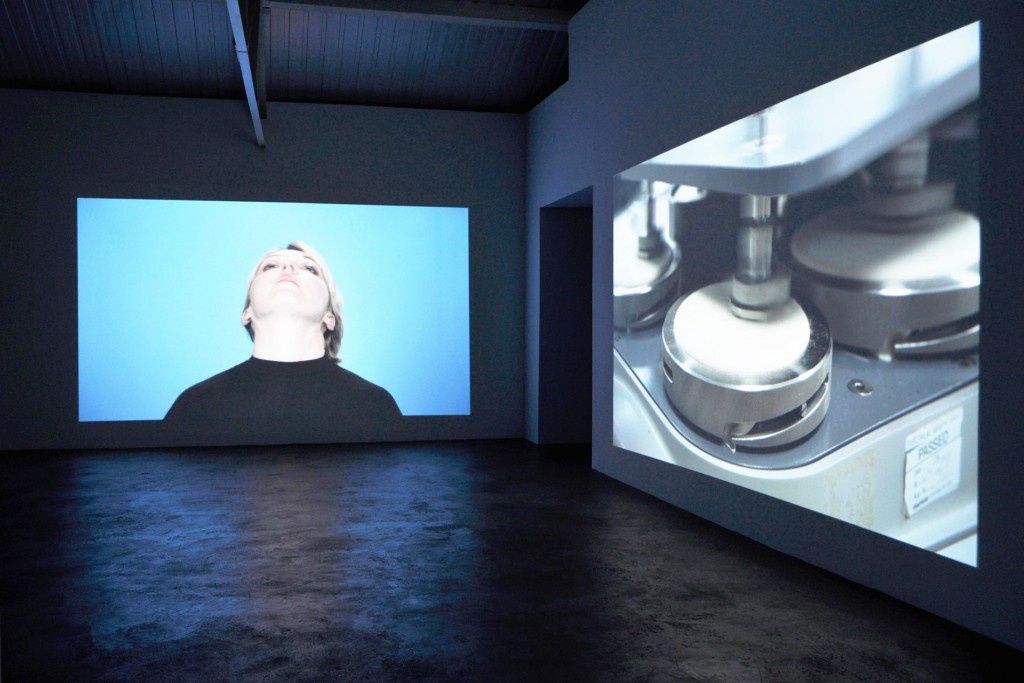 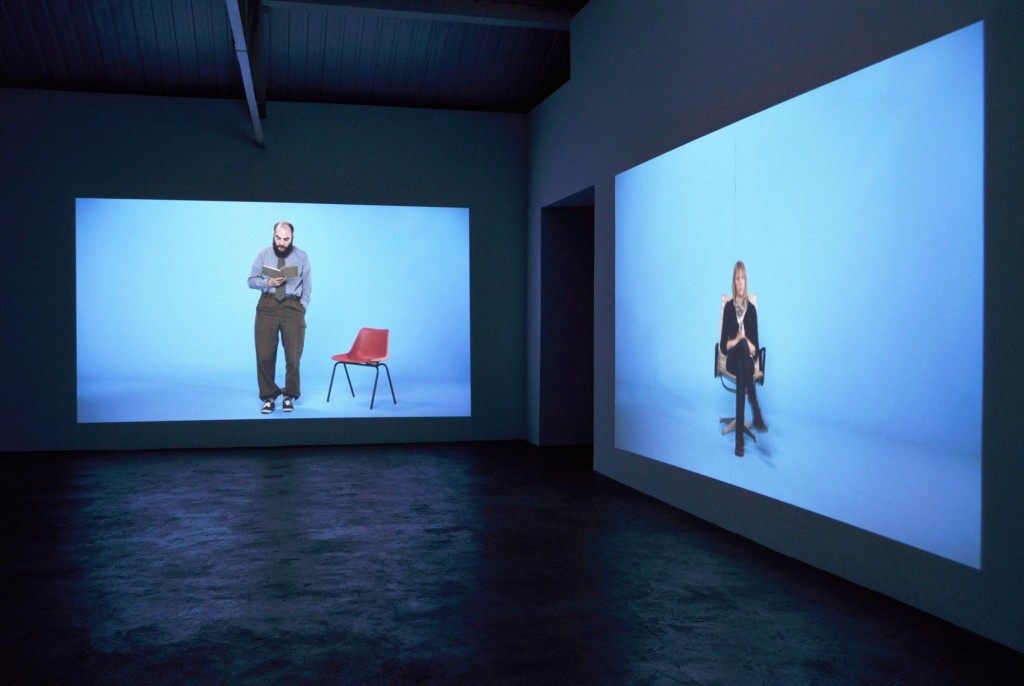 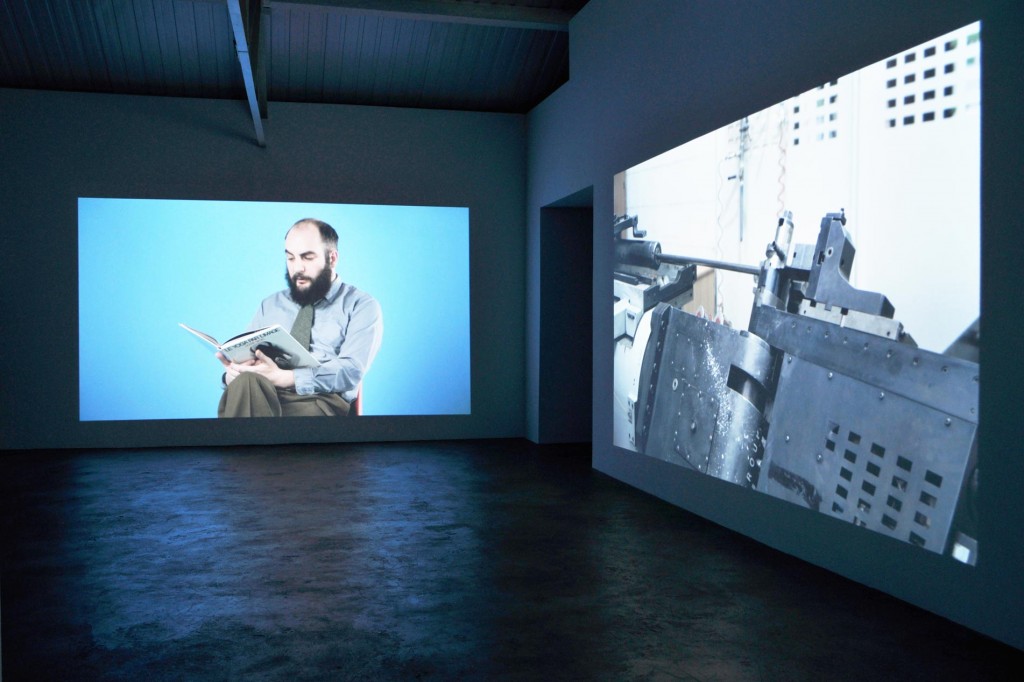 “We’ve all been here before…the only place in our culture left for the exercise of one, or at most two senses… we may remove our shoes if that helps us remove our bodies.” Hollis Frampton1

If there’s one thing that drives a desire to define or arrive at a necessary point of intellectual resolution, it’s calculated and driven ambiguity.  Accordingly, the precisely-pitched distance between the form and content of Aurélien Froment’s 9 Intervals motivates this need like an itch that requires a good scratch. What is it: a film, a lecture (the history of chair design or perhaps an introduction to Orthopedics) a Yoga master class, entertainment or enlightenment? Where did it come from, why is it here, and where is it going?

From the top:  Apparently, …Froment’s 9 Intervals, began life as a series of beautifully-shot short, faux-information films, intended to be screened as inserts into mainstream cinema programming in the (nostalgic) manner of the ‘intermission’ or ‘interlude’. However, Froment’s subsequent near twenty-minute long ‘epic’ double-screen adaptation of the work, transmuted here into a smoothly-edited, but complex, interlacing tissue of visual and auditory quotations, is now framed as a contemporary classic (meisterwerk) of gallery video installation. Despite its high production values, large-format adjacent projection screens and synchronised presentation, something pulls us back from this particular brink and suggests a similar level of intentional hyperbolic ‘mismatch’, as it would if the ‘shorts’ were cased within the cinematic real, as originally intended. Importantly, the piece carries across many of the integral, unpretentious cinematic pleasures – with the exception of the comfy seats, which are, we learn in the experiential journey, not good for us anyway (our posture, that is, and consequently our holistic well-being. Slouching leads to…ungodliness [?]), nonetheless Froment, persists in positing these simple joys against pedagogical imperatives. The following things are definitive: 9 Intervals is engaging, visually beautiful, informative (self-consciously so, as suggested), as well as being absorbingly entertaining.  According to The Academy of Motion Picture Arts and Sciences ‘Rule 19’, being all of the above and under thirty minutes long potentially ‘defines’ and makes the work eligible for the ‘original short film’ category. However the work’s self-reflexive ‘narrative’ owes at least as much to the experimental or ‘structural’ filmmakers of the 1960s-80s as it toys with the tropes and conventions of movie making and movie going.

For one, the eternally problematic issues of originality/authorship, are evidently very much on the artist’s mind, as he assembles every possible scrap of quoted and implied meaning from his layered narrative and assembled cast. “Inspired by an existing lecture by British designer Michael Marriott, entitled ‘5000 years’ and illustrating chair design through the ages with eleven idiosyncratically chosen examples, this narrative is the result of further streamlining.  Taking his cue from Marriott’s particular interest in those technical advances that allow things to be made quicker and cheaper, Froment prompted him to cover his five millennia ‘in five minutes and five chairs’ ”.2

Using various convincingly authoritative voice-overs, including Marriot’s, Froment creates a compelling relationship between audience and auteur, both on and off screen, which employs the idea of knowledge itself, as a major, but mobile plot line: knowledge is imparted, revealed and/or apparently withheld; suspended and/or maintained as states of belief and disbelief. Perfect knowledge, comfort, posture, balance, design, it is suggested, finds its zenith in (pure/near/faux/ersatz[?] – you pay your money and take your choice) spiritual self-knowledge, disembodiment, weightlessness, nothingness, Frampton’s removal of the body. Froment’s counterpointed quotations run and jump across the concurrent narrative streams, building yet simultaneously stalling or question the resolution of proposed or substantive authority.

Casting established industry-specific figures to perform roles both within and without of their skill-sets, Froment creates a minefield of reflexive counter-doubt. Will Holder (designer, artist, writer, performer and publisher) withholds his consummate performing skills to stumble over the role of on-stage MC to a distracted audience, yet precisely manages the performance of an inept attempt towards perfect comfort and balance within a ‘PostureFit’ office chair. Simultaneously, a self-evidently, trained and highly skilled Yogi, effortlessly demonstrates nine (Yoga) positions to an off-screen voiceover. The ease and grace she employs – until she overbalances and falls – to assert the illusion of gravity defying weightlessness, underscores Holder’s deliberately awkward attempts to comply with his chair’s overly-complex instruction manual.

A state of ‘purity’ or grace is brought tantalisingly close, but Froment at all times, subtlety, but ultimately firmly, disallows the connection. There is no disembodied escape from self-consciousness, no perfect solution, no perfect chair design, things are just what they are, pure ideas exist, but somehow, every-how the little realities of life preclude us from it. Removing our shoes might be as good as it gets.

1 “Among the collage of quoted text fragments that make up the commentary in 9 Intervals these words by Hollis Frampton [1936 -1984, an American avant-garde film maker, photographer and theoretician] which refer more properly to the experience of the cinema, serve paradoxically to amplify the embodied self-consciousness of the engaged viewer of the work”. From a text by Caoimhin Mac Giolla Leith, commissioned by the artist and Motive Gallery, for their joint presentation of the piece at Statements, Art 43 Basel, 2012.
2 Ibid.

9 episodes of a 5 minute-long series of films were inserted between commercials and feature films, during the course of 9 consecutive weeks at the Hyde Park Picture House in Leeds.

Throughout 2013, 9 Intervals will be presented at cinemas across the UK where each episode will be screened for one week between the trailers and a selected feature film. The touring of 9 Intervals is made possible through the support of Arts Council England’s strategic touring programme. 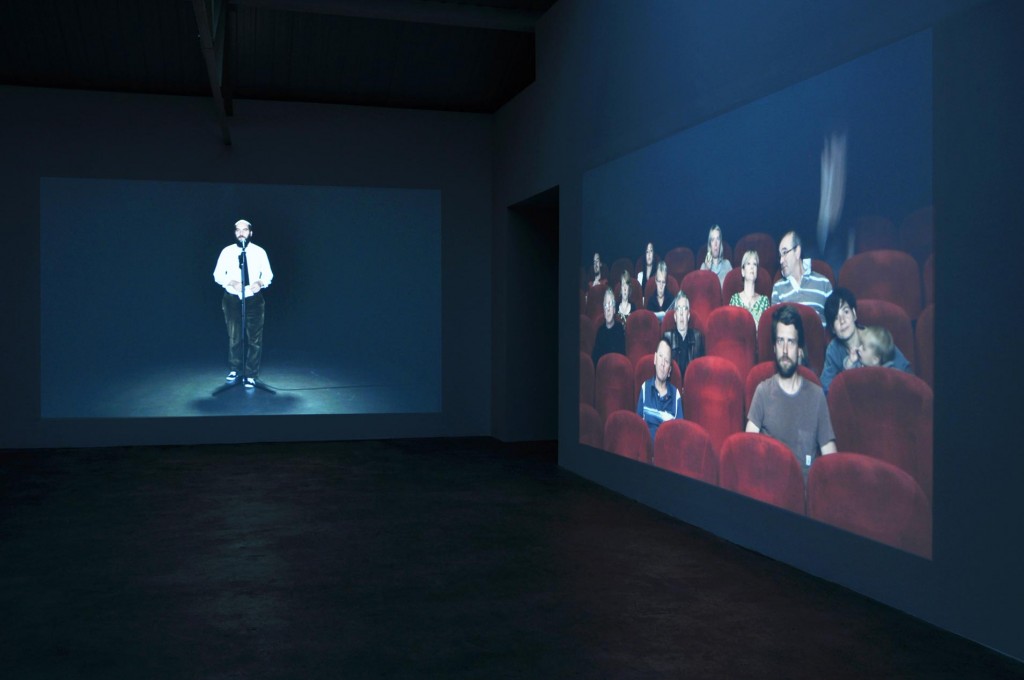 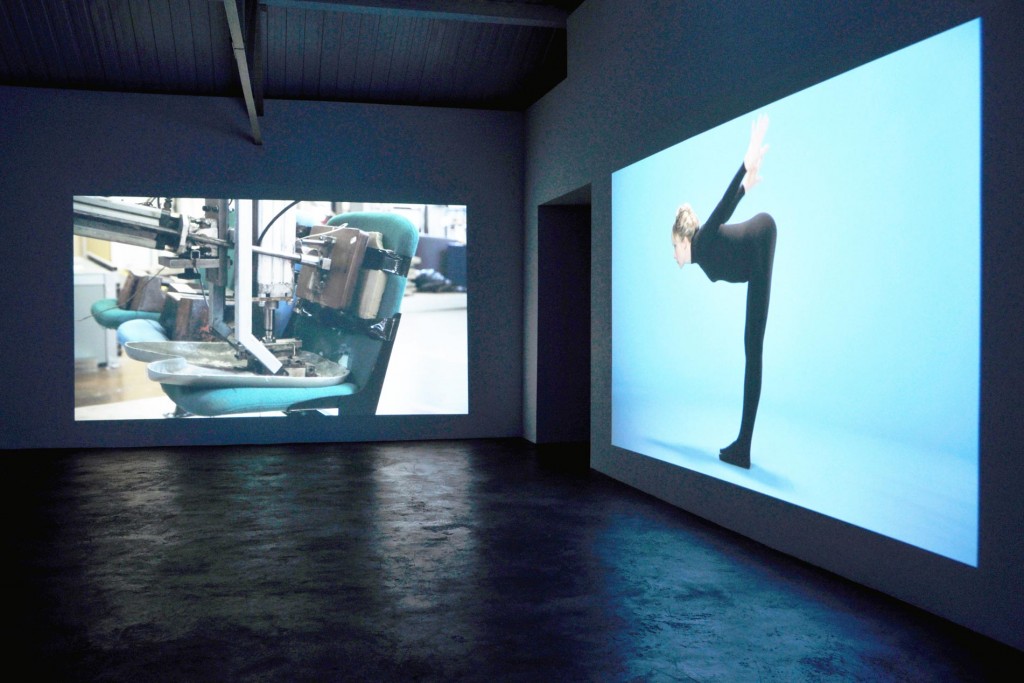 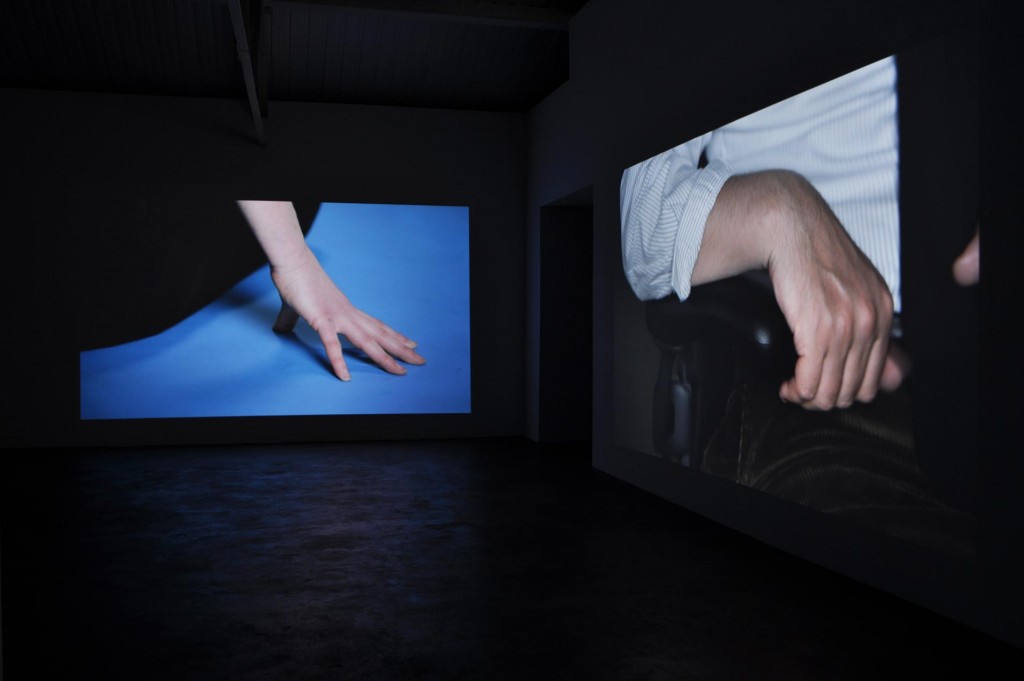 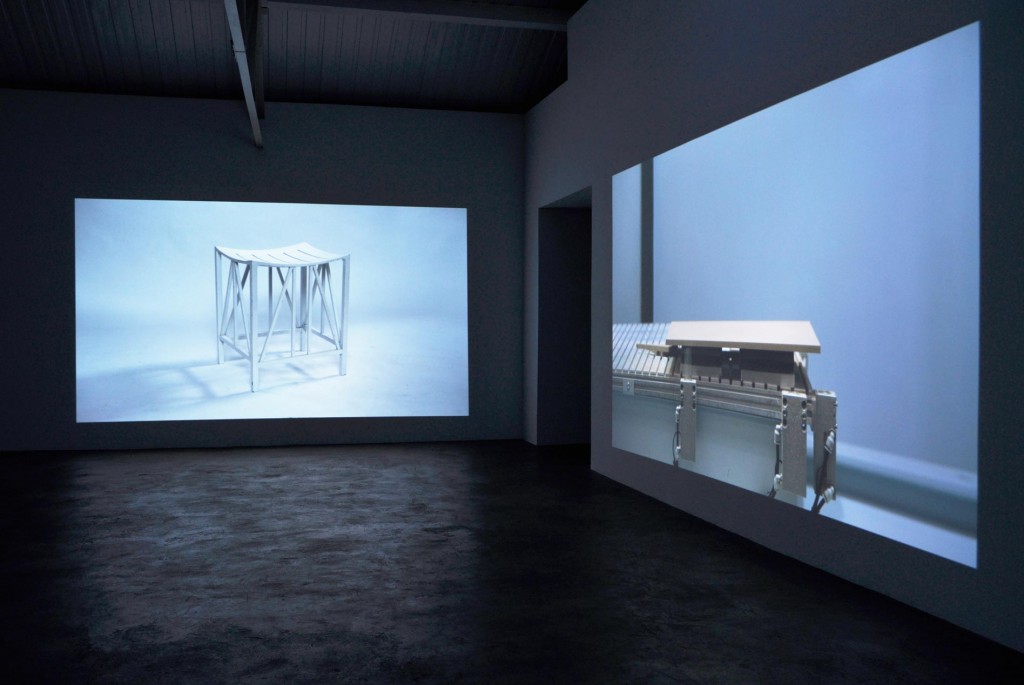 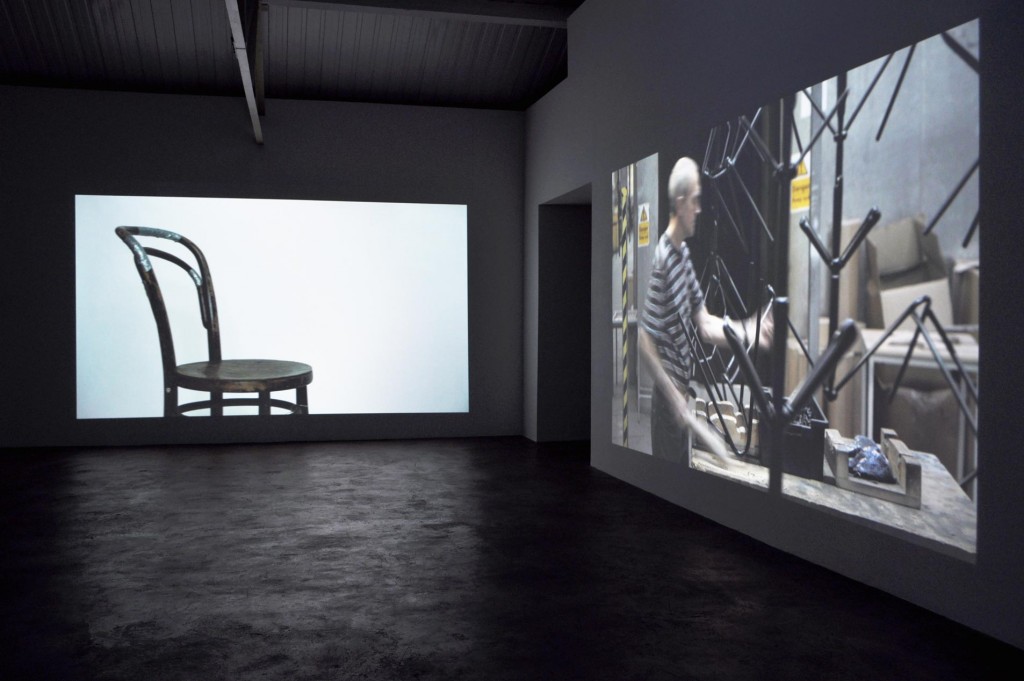 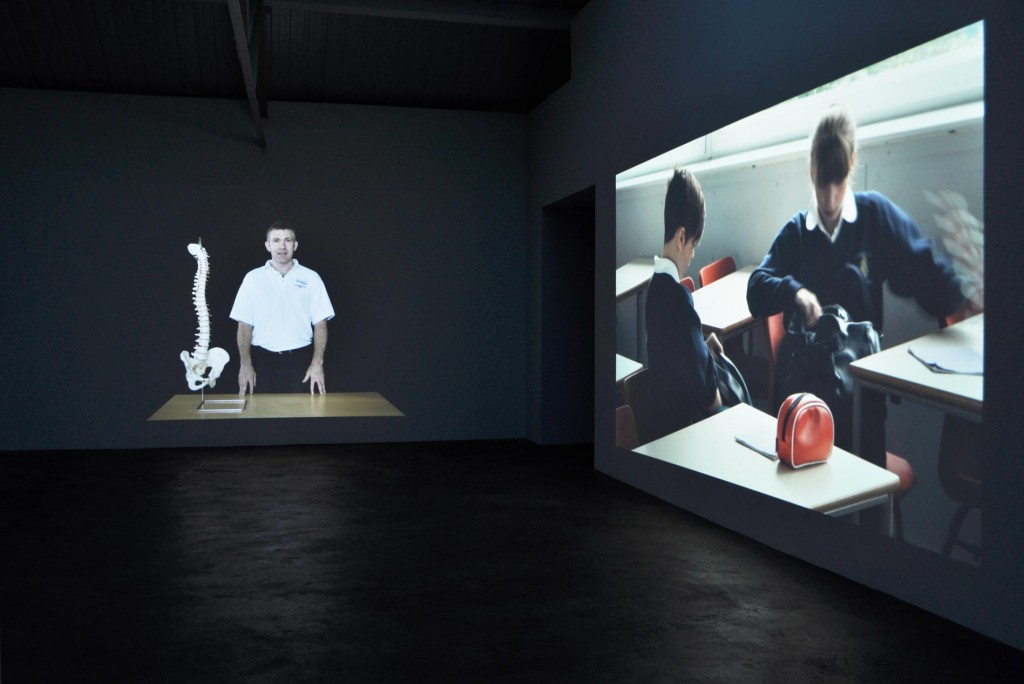