What a laugh, everyone cried 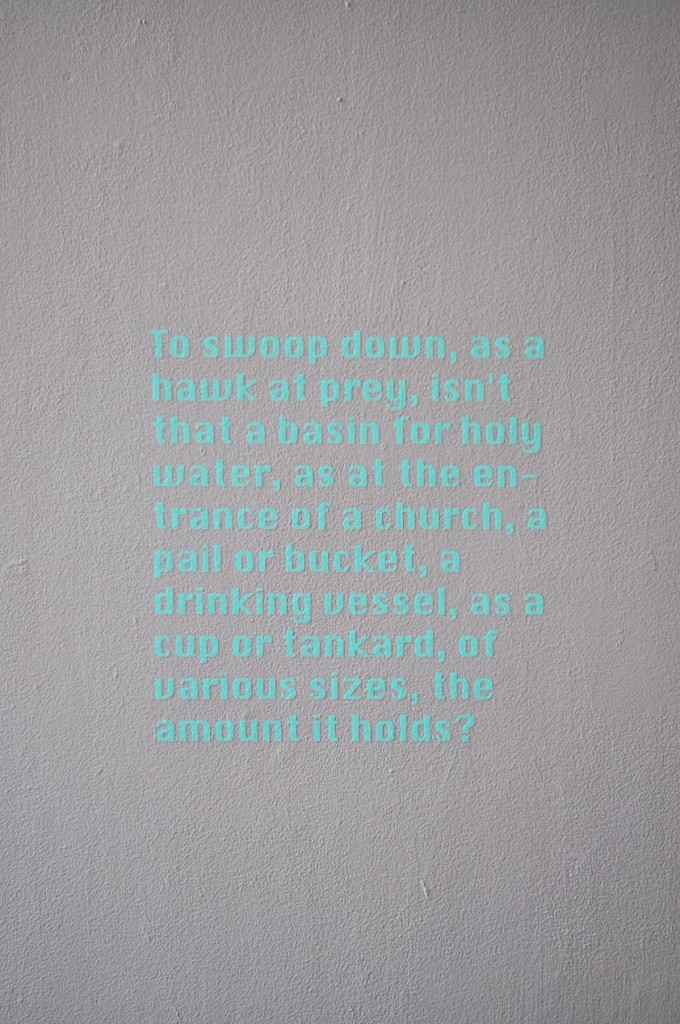 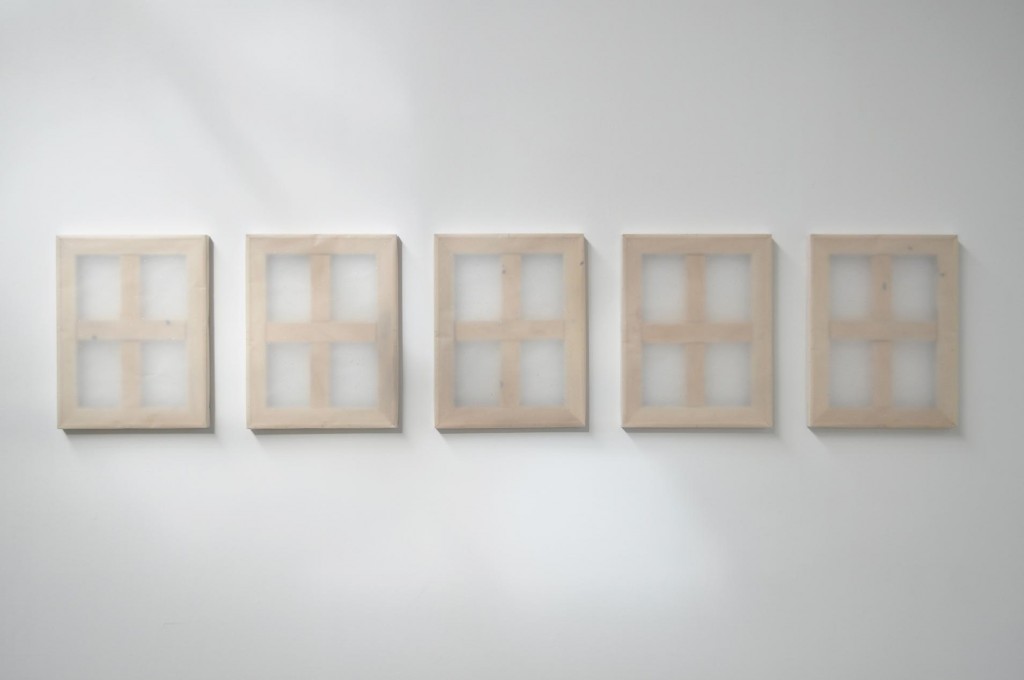 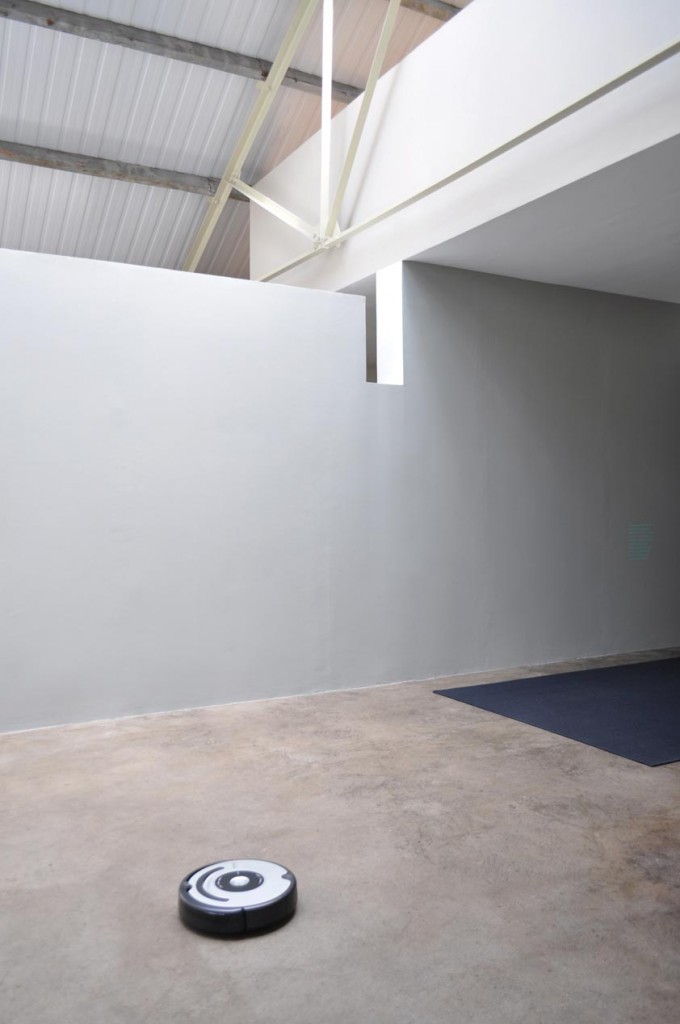 What a laugh, everyone cried

“And here, no path has been determined in advance, no distance laid down, no links prescribed.”1

I don’t know about you, but speaking as a late-comer to press release writing, addressing an experienced reader of such, some texts are definitely harder to compose than others. This being a case in point of the hard-won varietal and a sincere cause of restless nights, wherein language goes round and round in your head, but resolutely refuses to release itself coherently. At the cost of breaking (or dispelling) a few professional secrets/illusions/misconceptions, let’s look at this little problem before we get to the meat and potatoes of Matt Sheridan Smith. Firstly, press releases should be brief, to the point (tough!) and interesting (? – depends if you are still reading…). Secondly, we have solemnly vowed, upon a 4kg copy of the great Art Basel bible, to never open such a text with the anticipated: mother’s tankstation is delighted to present the first Irish, solo show of new work of the brilliant, young American artist…etc.2 Also, and I don’t know if you have thought this through, but mostly, press releases are composed and mailed out well in advance of a stick of actual art entering the gallery, or the artist being anywhere close by, other than at the end of an IP address.3 The problem is compounded by the fact that Smith is a pretty tricky artist to tie-down. In fact it’s a relatively common idea that his work is sufficiently elusive that it hunkers-up to the enigmatic, perhaps on the side of the impossibly intangible. He is also a lot smarter than the average human being and consequently ahead of the standard curve. It has even been suggested (conversationally) that, “…he makes art like a drug dealer, or perhaps a spy”. While this may indeed seem extreme, there are persuasive supporting arguments; that his practice has a feeling of the furtive, secretive, covert, it is undeniably cunning even, and speaks in code, keeping everybody guessing and everything at a careful arm’s length.

Matt Sheridan Smith’s previous solo shows and projects stack up like a rap sheet, but oddly more information seems to give us less and less; his recent solo presentation at Frieze, New York, conveniently based around the phenomena of ‘Cryptomnesia’4 – forgetting to remember that you forgot, or remembering to forget that you remember [?] – manifested almost as a stage-set, a stylish, decoy, domestic interior, whereupon something gruesome, yet elegant might have occurred.5 Even as the event itself unfolded, all trace evidence was carefully removed by endless, robotic suction from the black void of a carpet that defined the outer edges of collective experience. Similarly enigmatic, Smith’s recent museum show at Forde, Geneva6 orbited around the lost art of portraiture, paradoxically of absent, extant characters. The project demonstrated Smith’s near-obsession with the vulnerability of the human neck, fused with a curious passion for the nearly lost art of interactive fiction. To this end, the installation, almost literally, had a computer for a heart and brain that only responded – if given direct commands – with cryptic, info-fictive, determinations of the ‘truth’.7

But what can we piece together about ‘practice’ from this accumulated evidence, other than the diversity of means and media with which he approaches making art? More lists are helpful (not necessarily in any order); pre-fabricated art kits, paper paintings, edge-etched with the trace of a finger nail, silver-plated breads sitting on stools, inflated backpacks, a transportable plywood stoop, a field of Irises dying gradually over (38) vases and days, expiration portraits, proximity word poems printed on walls, scratch-off ink drawings. The common thread is perhaps the edgy (in the sense of precipices and free-falling) curiosity evident in the approach to thinking about ways of seeing, and consequently understanding, or the impossibility of understanding, the world? Process of deduction/what it’s not: let’s proceed to the bleeding obvious; it is certainly too easy and/or overly simplistic to associate Smith’s work with the lineage of twentieth century American Conceptualism: Kosuth, Kruger, Weiner, etc., as there is a pervasively, emotive feeling of sadness, failure or at least a lack of fulfillment and settlement to his purpose. There is also a heady, dialectical mix of grace and decadence about his work that is entirely absent from Kosuth’s (in)famous, circular calculation: “A work of art is a kind of proposition presented within the context of art as a comment upon art. ” Dissimilarly, the poetic oxygen that supplies Smith’s work seems to fuel at least as many writers and thinkers as it does visual artists; complex and often troubled individuals such as; Baudelaire, Borges, Cioran, Huysmans, Jarry, and Roussel seem to perfume (or poison?) Smith’s breathable-air with hovering melancholy. Unlike the broad sweep of conceptualist practice, Matt Sheridan Smith seeks to pose more questions than he expects to answer. I’m never entirely sure what that means, but I guess that’s exactly the point.

Perhaps the ‘word poems’ hold a (if not the) key: Fionn Meade, notes in a recent catalogue essay8, that Smith’s word poems – a number of which [will apparently] enfold this new body of work – are: “…adopted from a game played by characters in Argentine writer Julio Cortazár’s novel Hopscotch [my point about arms’ distance]. Smith’s text pieces bring together rare or technical, lexical definitions that either look or sound alike, wedding their articulations through a hypothetical conjunction and letting the words themselves recede.” His word poems, thus determined by such apparently ‘cold-hearted’, lexicology, intend a misleading reading, resonating like emotive but oblique Haiku9: it not so much that they tell florid, word-full lies, but rather their secretive ‘non-author’ has so certainly, so precisely chosen his respective, counter-pointed truths, that the texts – neatly printed on walls (or previously folded as furtive notes) – eat themselves upon reading, vanish in puffs of smoke, destroying the very information upon which future, necessary actions or decisions must be taken or made. Distinctly different forms merge into the “featureless form of the same”10, this is that, which is also this…, as the artist performs a disappearing act somewhere amongst the wreckage of elementary syntax. The ineluctable is occluded, isn’t that the sound of a bullet being dodged?

I move closer to the possibility that Smith is definitely a spy, or at the very least some sort of artist/agent provocateur. Finally, enter a passage from an email into evidence (relating to the purchase and shipment of plants, poisonous to the touch, as required for the mother’s tankstation show):

“I like the political dimension of the Castor Bean plant due to its history with assassinations. This has a more dispersed sense of threat to me, it kind of works in the background. I would be interested in castor bean plants but only if we could get several of them of different sizes. If we could, this would be something to be dispersed throughout the exhibition, many background plants, a sort of background threat.

Angel Trumpet is interesting since it’s the source of “Devil’s Breath”, a sort of zombie drug that they’ve apparently had problems with in South America. It’s a bit like a more lucid roofie, people will do anything they’re told when under it’s influence… they seem normal as they empty their bank account for a stranger. This is semantically different than the above, but I’m interested.

Mala Mujer is interesting for the severe (and also well represented visually) threat to the skin, this is the most “don’t touch” of them all so it’s interesting to me but maybe not as much as the others. I might look at having a variety of plants, five, each a threat to one of the senses – as communicated through the language of symptoms. The only ones I’d rule out are Oleander and Ragwort, since they seem mild and less visually interesting to me.

I’m not sure about Hemlock”.

One might proffer – but slightly shifted – the commonly given advice; miss this show at your peril, but visit it warned.

1 Michel Foucault ‘Sympathies’, in The Order of Things: An Archaeology of the Human Sciences, 1966. Translated into English and published by Pantheon Books, 1970.  See, I hardly mentioned him.
2 Three crimes in one here, while sneaking across factual information and disallowed pejoratives.
3 Let me take a moment to indicate that Matt Sheridan Smith is one of the greatest email communicators of all time, most missives being read and intellectually negotiated with the aid of large mugs of intensive caffeine. I may give you an extracted sample later.
4 Matt Sheridan Smith’s How to save an object from yourself (preventable cryptomnesia), was presented by mother’s tankstation as a solo project for the Frame section of the inaugural Frieze, New York art fair, 2012.
Cryptomnesia: n. (krip-ˌtäm-ˈnē-zhə); from Greek; kruptos, mneme, literally, “hidden memory”. (Psychology), The phenomenon of the reappearance of a forgotten memory as if it were a new experience; a memory bias whereby a person may falsely recall generating an ‘original’ thought; an idea, a song, or a joke, not deliberately engaging in plagiarism, but rather experiencing a memory occluded from apparent consciousness, as if it were a new and original inspiration.
5 A key work from this body; Reconstructed Antho Realness, has itself be ‘reconstructed’, re-worked, incorporating real plants in the show, rather than the ‘faux’ versions from New York, but ones that just happen to be poisonous to the touch, making the common museum warnings rather more imperative. Caveat emptor.
6 Smith’s exhibition; Tell me the truth – am I still in the game? (2011–2012) made for FORDE, was conceived in parallel with a writing workshop and realised in co-operation with HEAD-Genève.
7 Or rather, as FORDE curator for the above project, Vincent Normand, has determined them in his forthcoming essay and artist publication, “true lies”.
8 From the catalogue published to coincide with the exhibition; Knight’s Move, Curated by Fionn Meade, SculptureCenter, New York, 2010, p. 77.
9 I couldn’t resist but mention the following Haiku I stumbled across on a UCLA website (on DIY Haiku):
I love Winnie the Pooh
Winnie the Pooh loves to eat honey
Bees chase Winnie the Pooh
10 Foucault, Ibid. Oops! 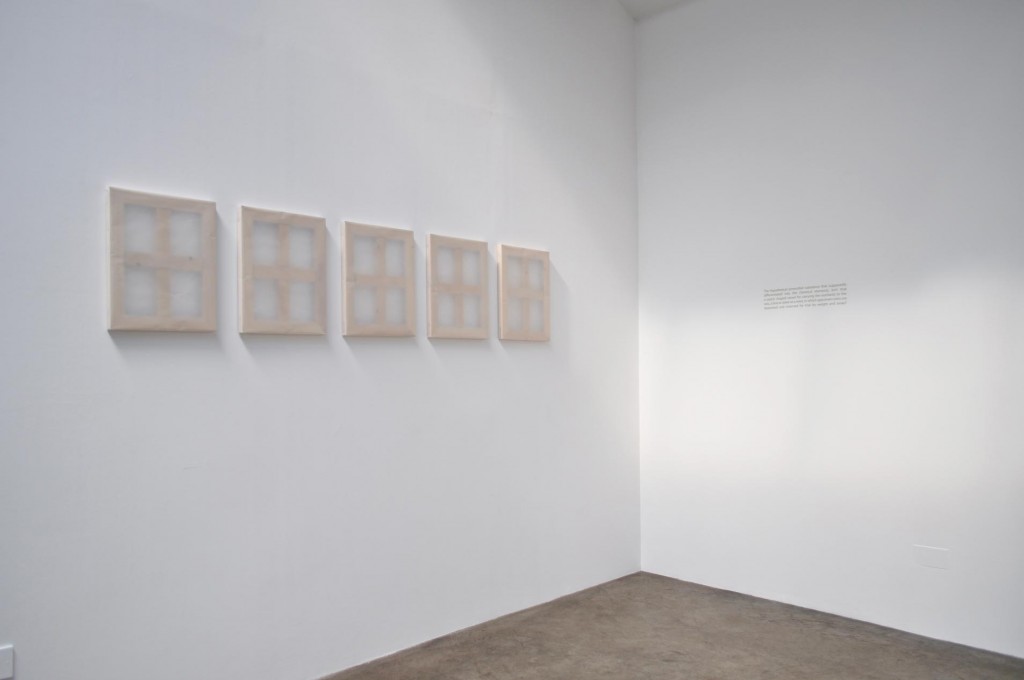 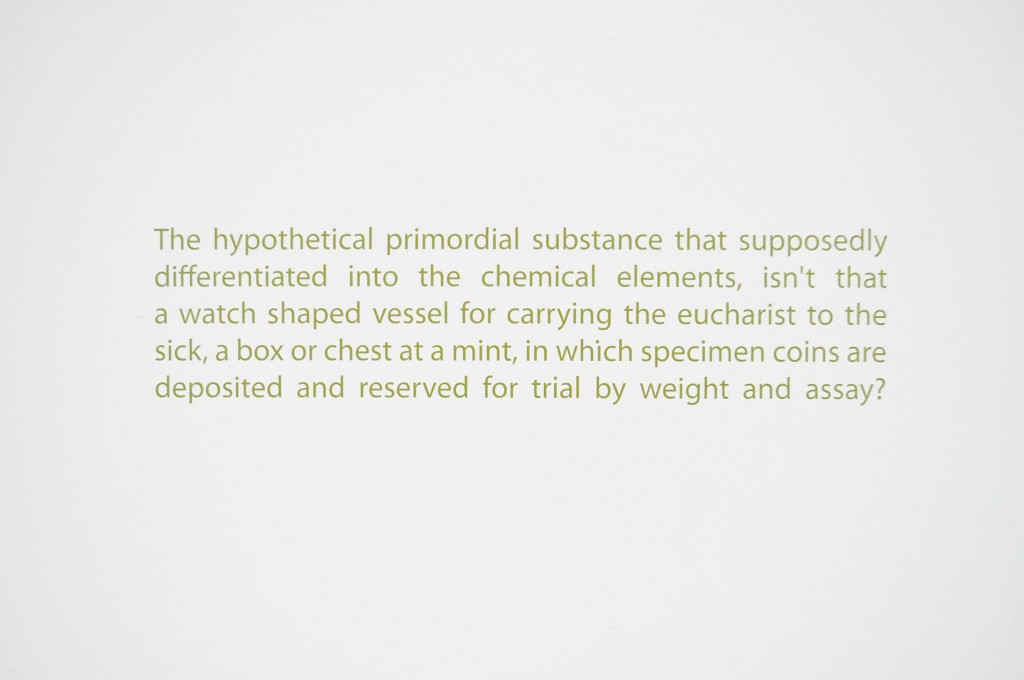 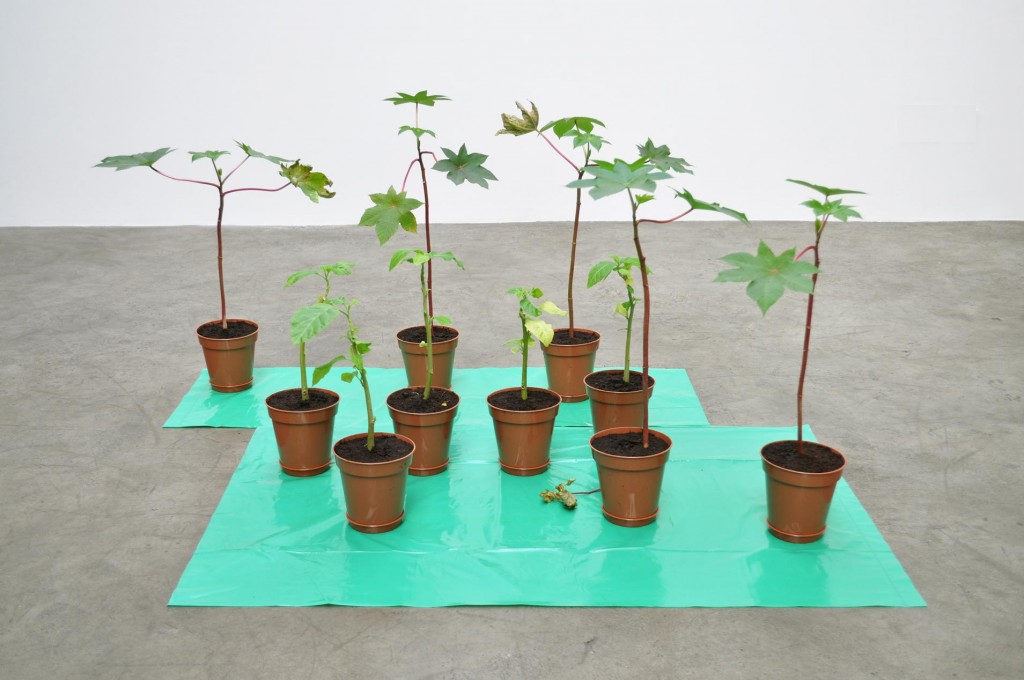 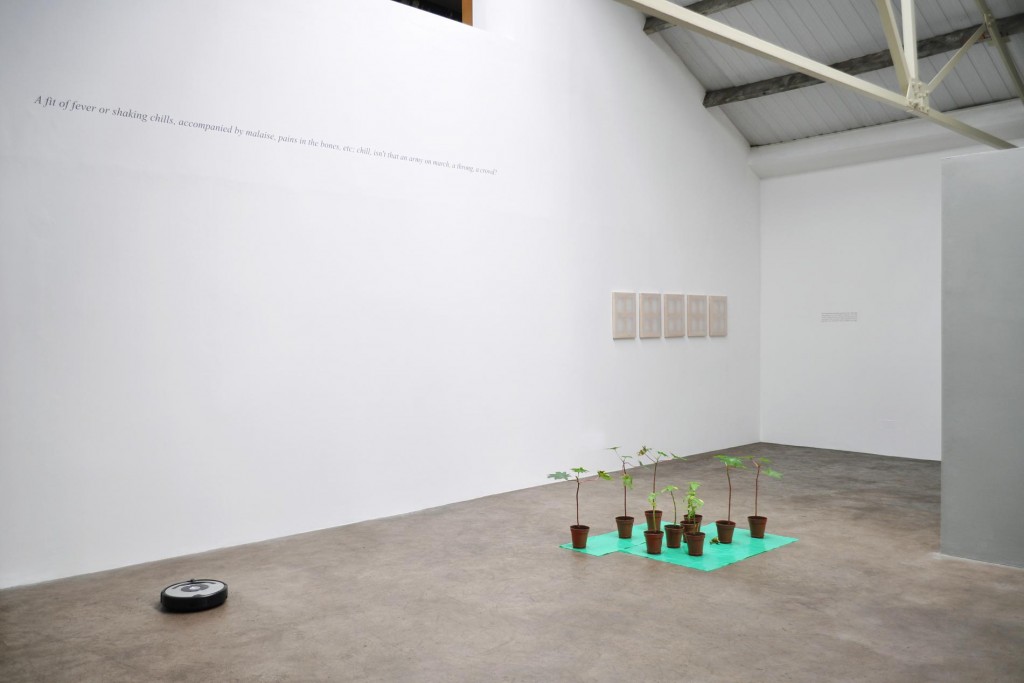 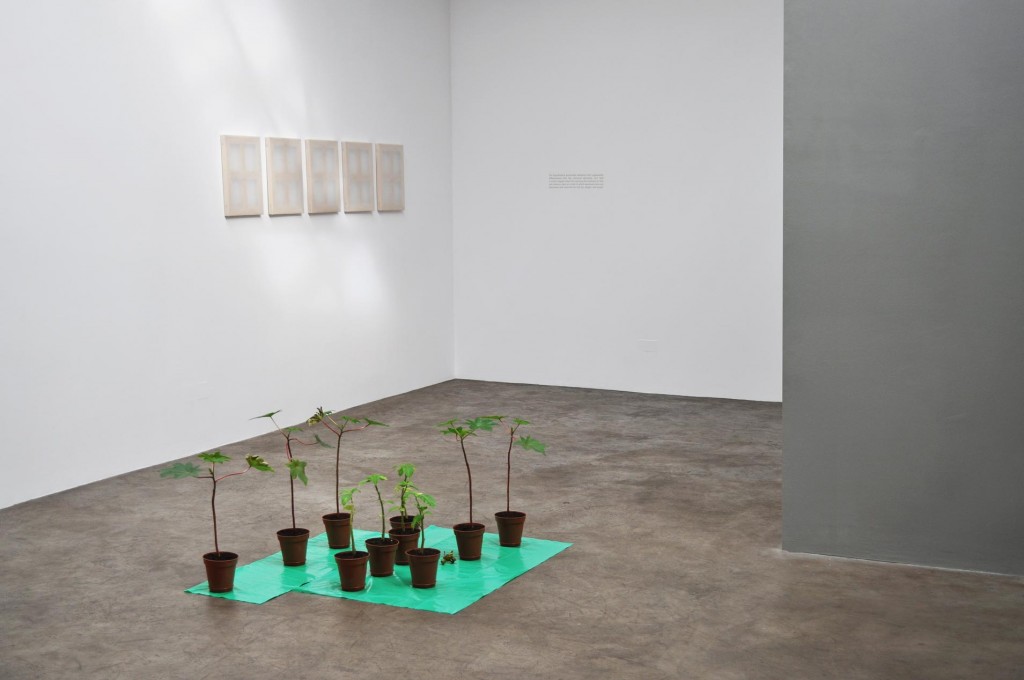