We’ll Be This Way Until The End Of The World 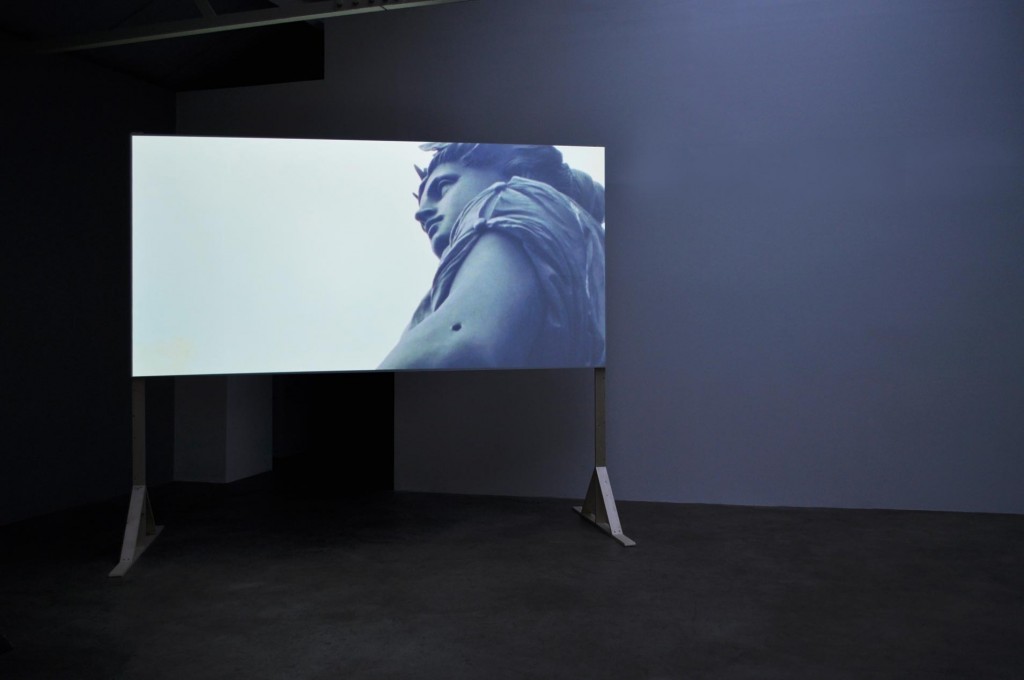 We’ll Be This Way Until The End Of The World

Let’s begin with a close-up and pan out to a wide shot.

Declan Clarke’s We’ll be this way until the end of the world, (2008) – the title work for his precisely curated show for mother’s tankstation (that unlocks the codified language of monuments) – explores two bullet holes on the west-facing, winged female figures1 at the base of the monument to Daniel O’Connell, which resides in its/ his now eponymous street in Dublin. One bullet hole is a neat entry ‘wound’, the other a ragged tear, marking the exit-point of shots fired during the 1916 Rising.  As any colonial or occupational force throughout history might confess, it tends to be easier to get into things than it is to get out of them, to wrap them up and depart cleanly without leaving damaging and permanent scars. This loaded footage, shot moodily on 16mm film, moves in from wide angle to close detail with particular intent. What has Clarke got us into?

Given that Declan Clarke is the only living person or thing to appear (briefly) in any of the five video and film works in this exhibition, how is it that this project is such a powerfully discursive negotiation of global identity politics and post-colonial legacies, issues that involve us all?  Three of the five works, which span a production period of ten years, strategically deploy the personage of the artist, (self-effacing and deprecatingly) as a neutral or neutralizing entity. The personage is intended to impartially, and with a degree of unpejorative, deprecating farce, represent ‘anyman’, who has the power to expose the empty rhetoric of pomposity and hyperbole.2 The real protagonists are monuments, any monument, all monuments, but particular to his purpose here are; the Wellington Monument in Phoenix park – and visible from the gallery, and considered by Joyce as the phallus of Dublin – the idea of Nelson’s lost Pillar (well, blown-up anyway), the Washington Monument, the above-mentioned O’Connell memorial and the changing fate of a little-known plinth in Bucharest, as a site for the temporal portal of appropriateness, correctness or the inevitable failure of all monuments. This is featured in the most recent work in the group, I Went Toward Them, I Went Directly Toward the Lights (2010). It opens with footage of fallen, abandoned figureheads (idols) – namely Lenin and Petru Groza – and closes-in to the present day to reveal a telling absence, alarmingly warning of the impossibility of re-siting a suitable contemporary replacement that holds its ground in the wake of totalitarianism.

In five different but interconnected works, and in five different approaches to different targets, Clarke exposes the notion of the monument as a poignantly sad but foolhardy commemoration of largely male wealth, land, and military power that dwells ultimately in the realm of farce and tragedy. By way of opening a portal to Clarke’s intent it seems apposite to describe the first catalytic piece in this series. The rest is up to you. Clarke makes the point that all monuments, one way or another, perform that task of ‘occupation’, in that they are usually un-invited, installed at the expense of the taxpayer and stay around for a long time. This relationship becomes more problematic, for obvious reasons, when exported to any colonial environment.  This is further emphasised by the point that when the colonised nations overthrow the coloniser and remove their representations, there follows – almost in the manner of the Stockholm syndrome – the tendency to mimic the grammar and language of the former coloniser in the subscription to this on-going code, as the definitive means of self-definition. In Declan’s Pillar, (2000) Clarke wanted to encapsulate this systemic problem in his work by constructing the simplest suggestion that any individual might decide to elevate themselves to the mantle of the commemorated/memorialized. The result is of course tragically comedic, Clarke simply stands upon a gatepost, which becomes plinth to his living statue of an ‘anyman’, everyone but no-one.

1 In total there are four figures at the base of John Henry Foley’s sculpture, unveiled to the public in 1882.  The figures respectively represent courage, fidelity, patriotism and eloquence.
2 In the manner of James Joyce’s H.C. Earwicker from Finnegan’s Wake. 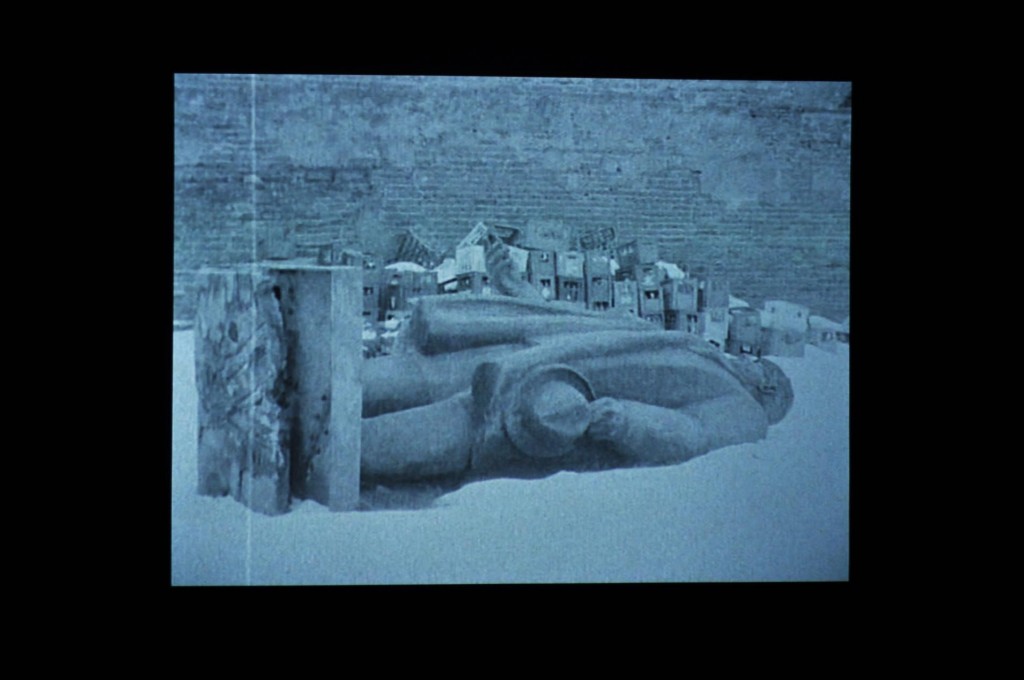 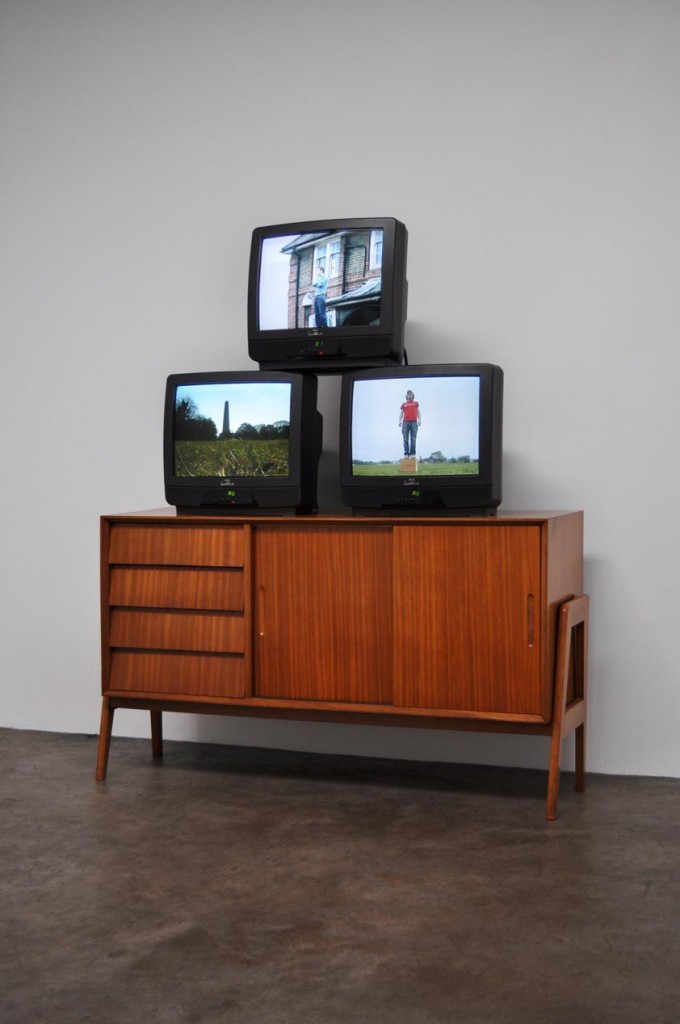 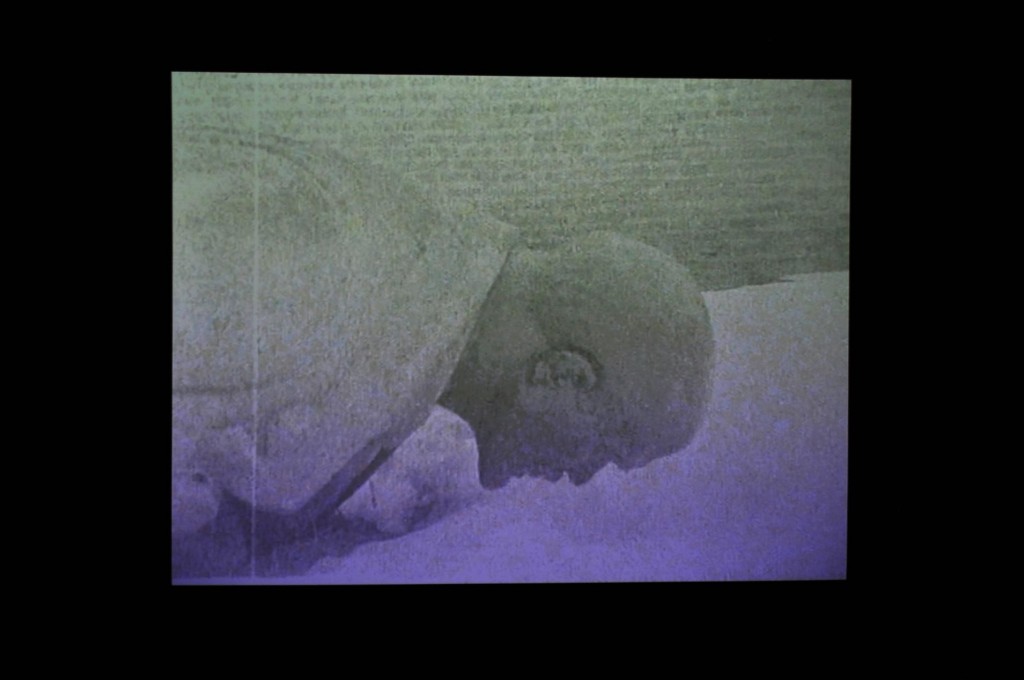 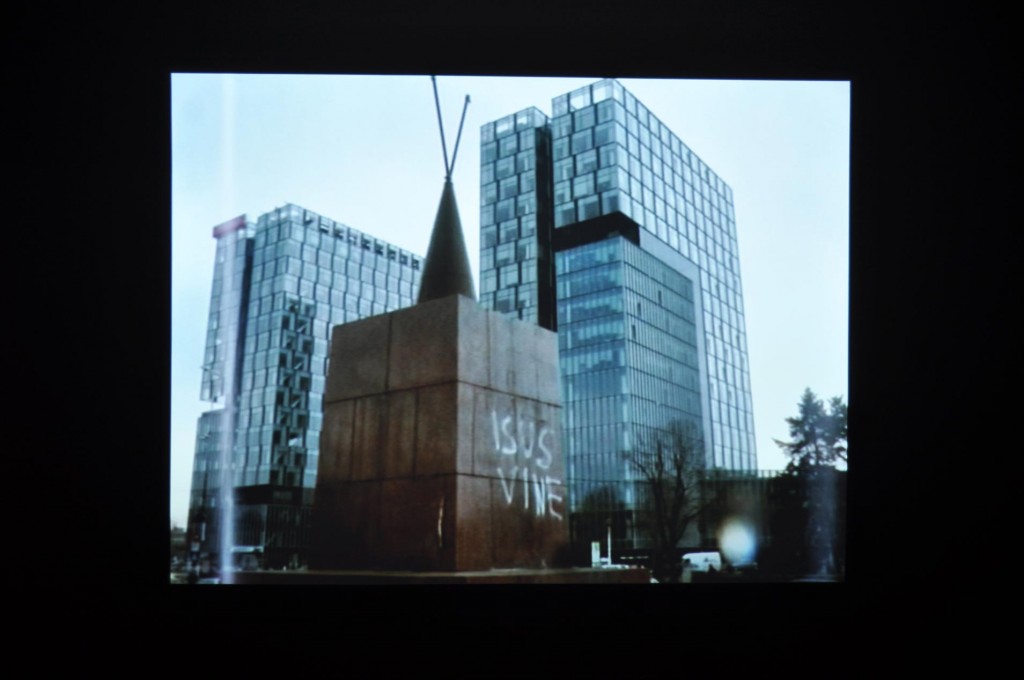 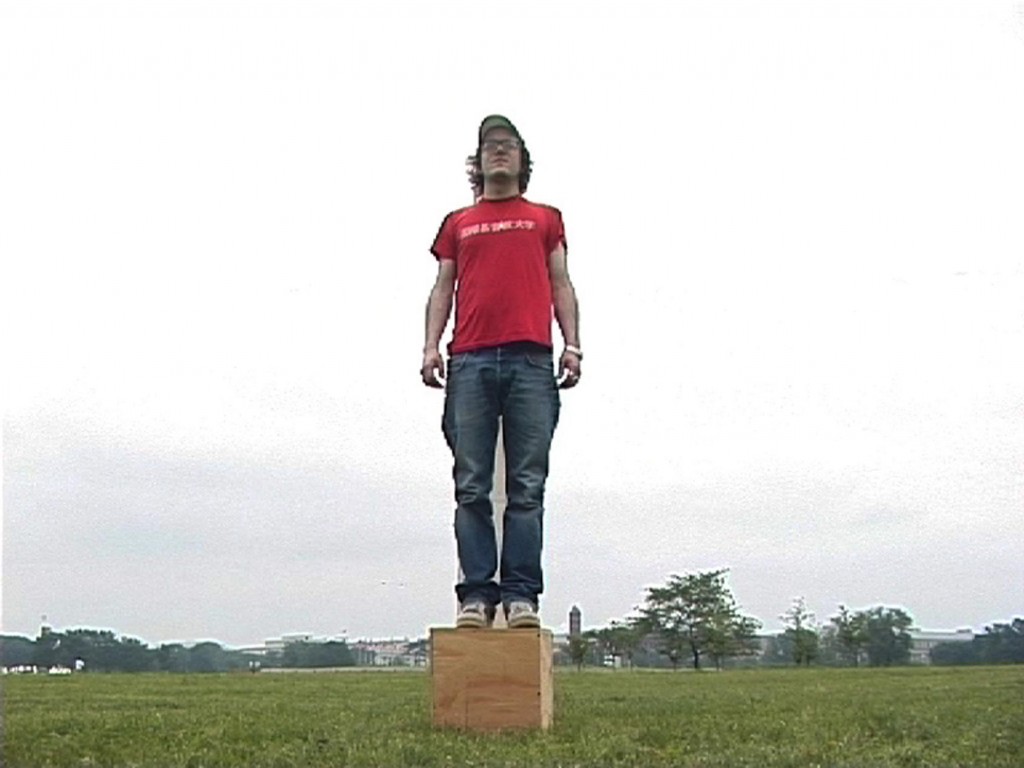 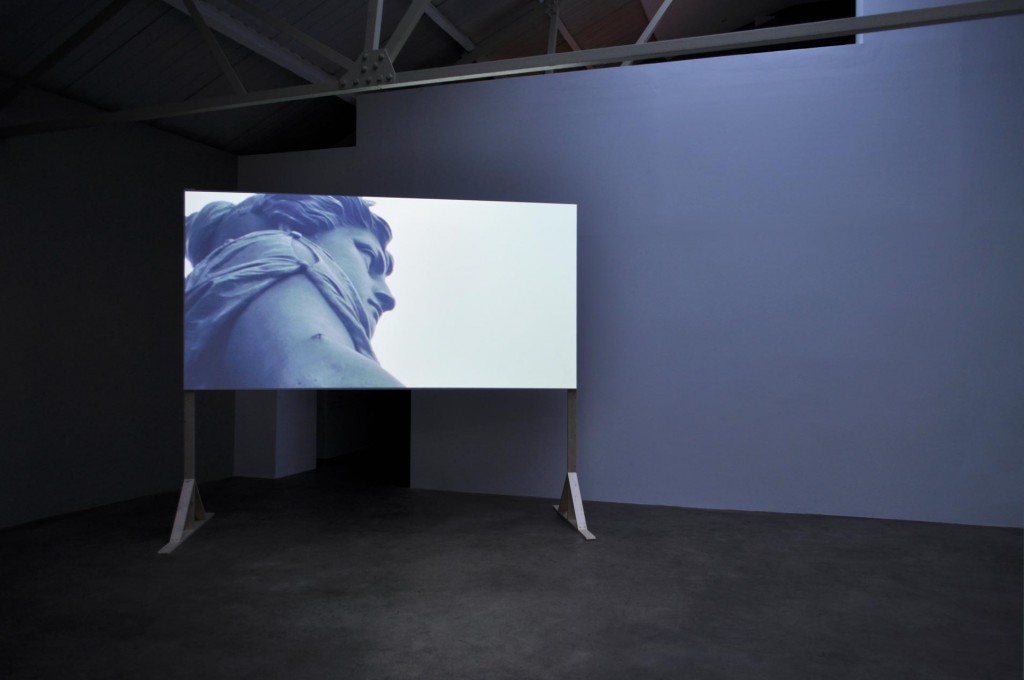 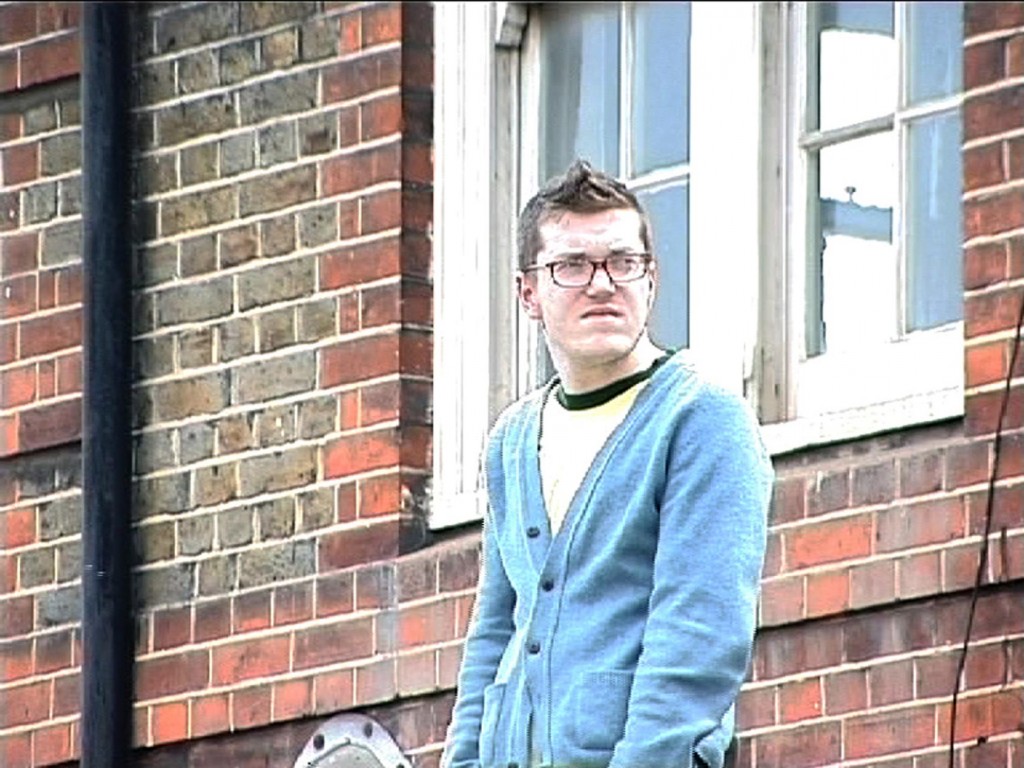