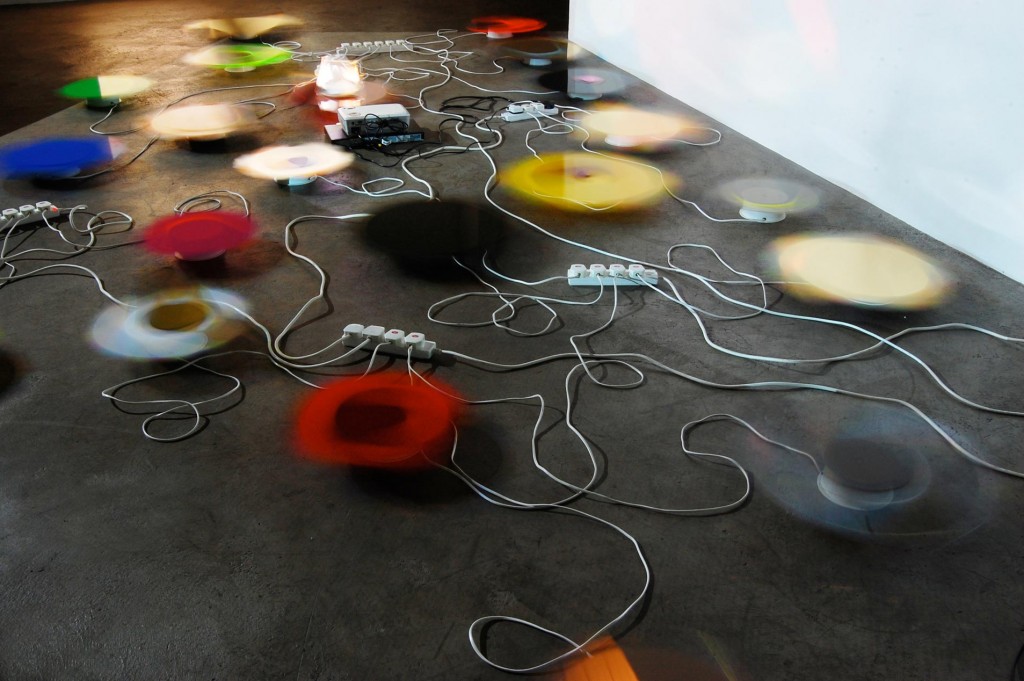 Waterlillies – The possibilities of re-presentation

“I must bring myself back over and over again, this ‘over and over again’ is the possibility, the power, of re-presentation in its most general form.  The return of the form of the sense is a memory, or more precisely, a trace.  Here we have the second necessity in which difference consists: since the form of the sense lacks objective or persisting presence, the sense must be indefinitely iterated; the second necessity is the necessity of survival.  The sense must survive beyond my present; it demands a medium or mediation… The sense must survive and that means that it must no longer be finite but infinite, no longer immanent but transcendent, no longer mundane but extra-mundane.”1

Laura Buckley’s new installation for mother’s tankstation: Waterlilies, employs what Husserl might reasonably determine as an extra-mundane signifier – albeit a poetic one – to evoke glimpses into the broad, complex and saturated theme of living a life. In general, Buckley’s work evolves directly from the experiential movement through her existence; it beats with a rhythm of breathing, with the movement of a head from side-to-side, as observations are collected, stored, processed and slowly released, as if through memory, recorded and reported to others as a impression or trace left upon the fabric of everything else. Her approach to the visceral processing of looking, and beyond that of sensation-gathering, is mediated by Husserl’s phenomenological questioning of how we experience the everyday environment of our own world and how we decipher meaning. Waterlilies, as an on-going example of Buckley’s practice, pushes and tests collected fragments of her everyday reality through the exteriorizing constructs or machinations of movement, the fragmentation of mirrors and motors. This objectification provides the viewer with glanced insights into the idea of another’s ordinariness, to which the viewer is posited ambiguously between privileged confidant and voyeur.

Within the over-aching physical existence of the gallery’s architecture Buckley’s installation creates a further virtual world, a surnaturalisme, as Baudelaire might have described it; a conflation of this to that, both but neither, but other again. Light and sound echoes refract around the knowledge of a space immersing the viewer within the uncertainty of an irregular landscape of oblique horizons that, in all ways, de-familiarises the familiar. Numerous flat perspex shapes2 mounted on motor cams  and positioned directly on the floor are choreographed to rotate, destabilizing our faith in the horizontal plane and casting moving reflections upwards and onto the surrounding architectural environment.

Conceptually, Buckley’s rotating structures manipulate a physical manifestation of Husserl’s notion of the extra-mundane; what we think we want to experience is something between a hyper-Zen water garden and the more contemporary experience of a trance or rave environment. Beyond this, what the viewer is given as fact or ‘hard content’ are selected moments of the artist’s accrued experiences, processed through film clips that are screened onto, or through other reflective and transparent plastic motorised structures. These refract and bounce fragmented images and scraps of narratives that long for, or grasp onto other hard things; they seek out the comforting determination of edges, forms and structures, the security of facts about other space.

Laura Buckley graduated from the National College of Art and Design, Dublin and received an MA from Chelsea College of Art. London. She has participated in significant shows in the UK, including; Material Presence at 176, London and the Converse/ DAZED 2010 Emerging Artists Award at Stephen Friedman Gallery. Waterlilies is Buckley’s first solo exhibition in Ireland.

1 Leonard Lawlor, Derrida and Husserl – The Basic Problem of Phenomenology, Indiana University Press, USA, 2002. p.5
2 Which the artist refers to as “futuristic waterlilies”, in itself implying a notion of patinated nostalgia for the modernist suprematism of Arp, Calder and Malevich, etc. 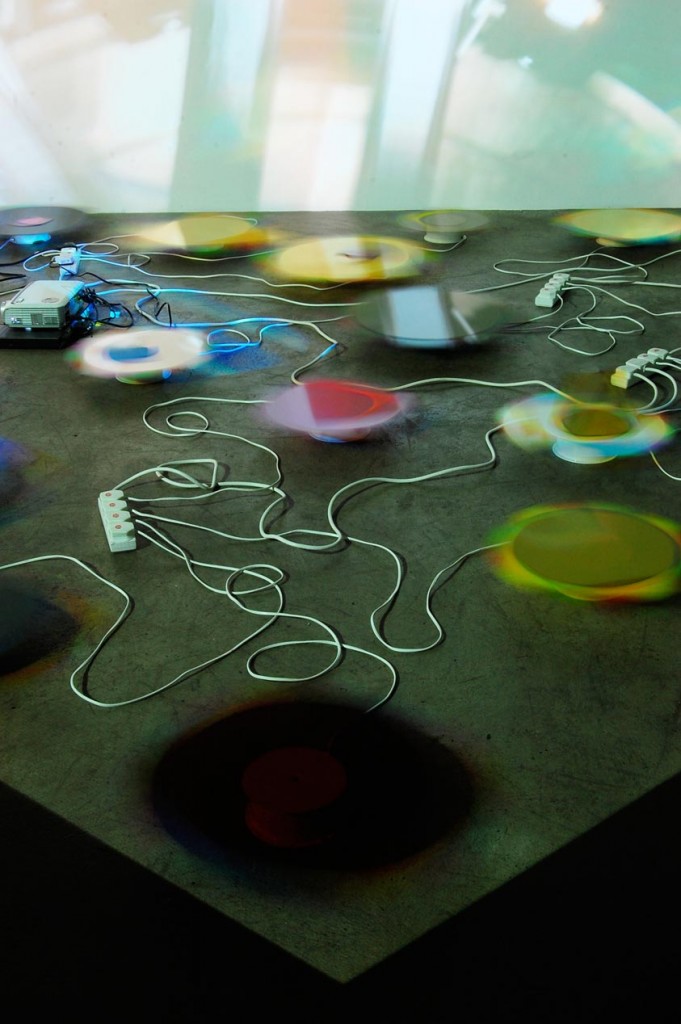 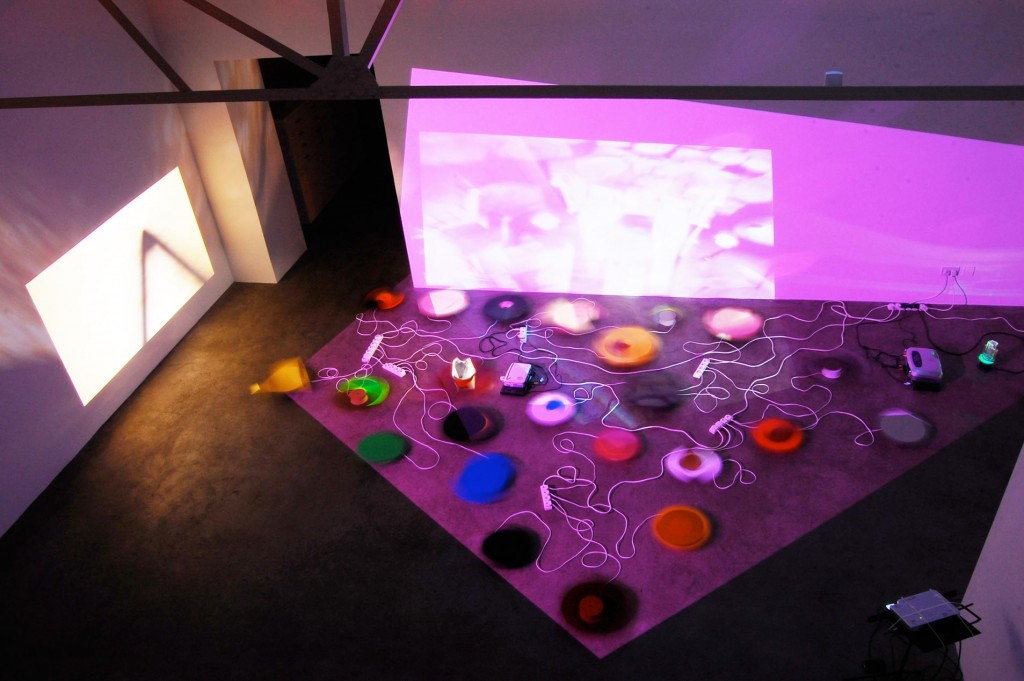 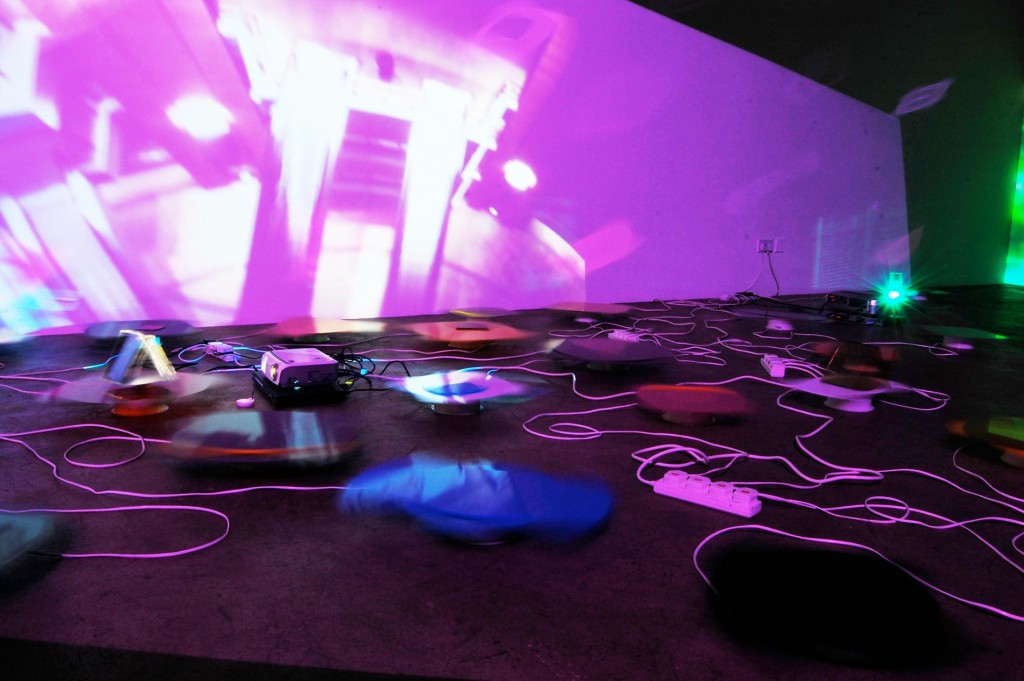 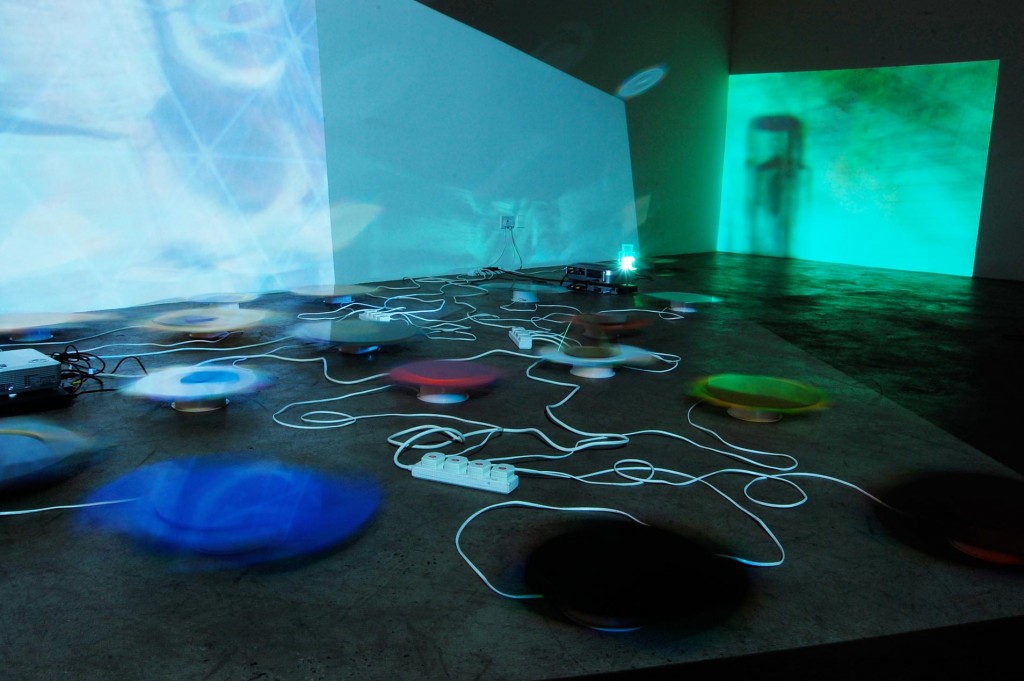 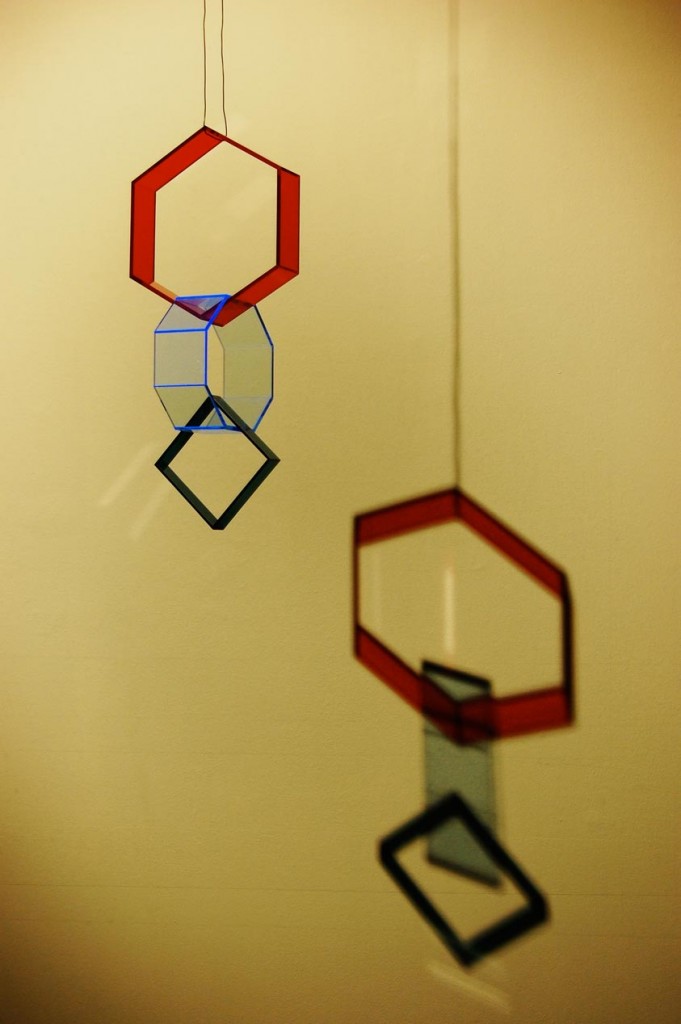 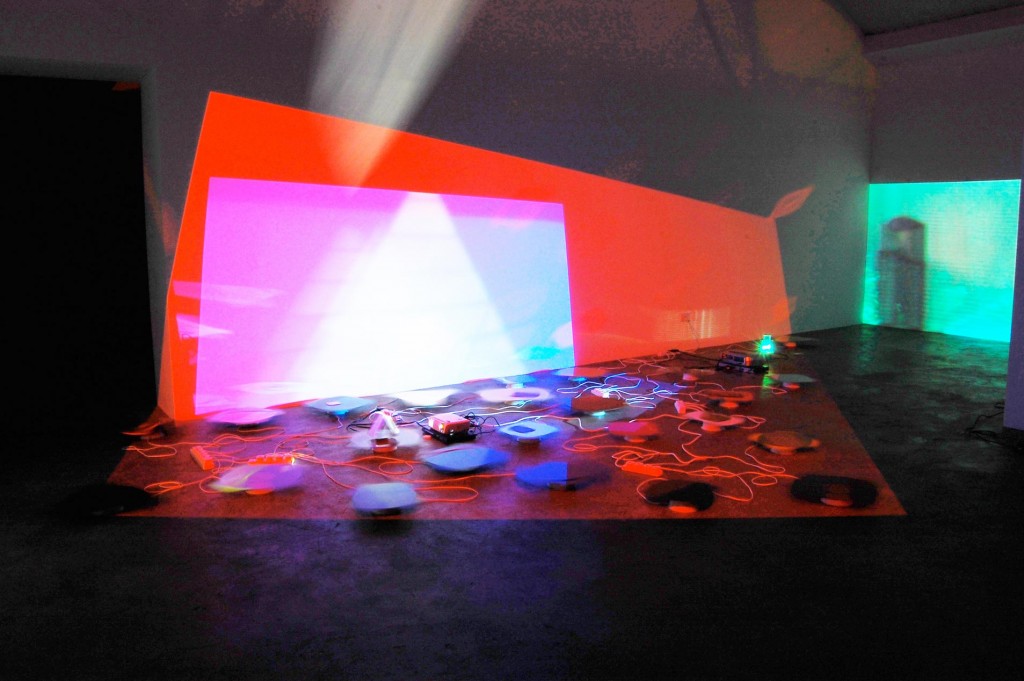 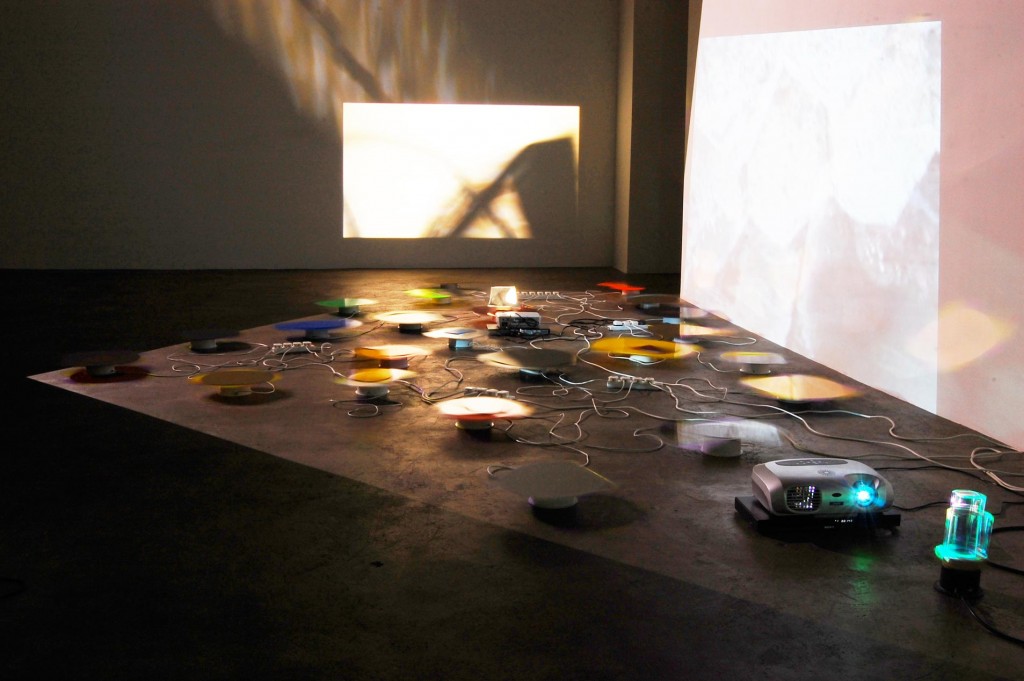 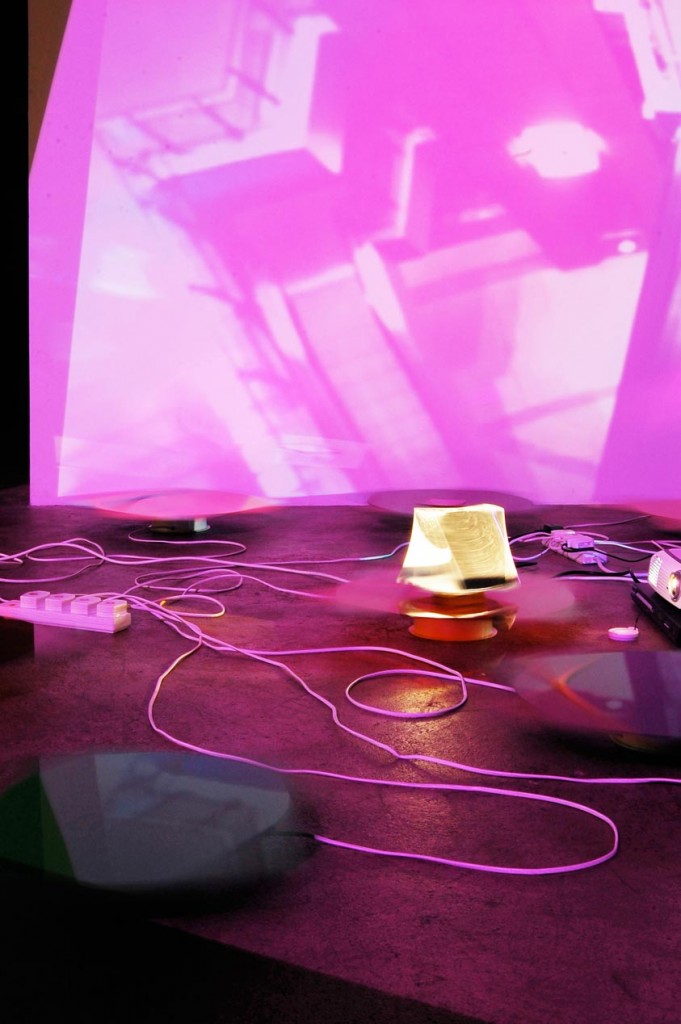