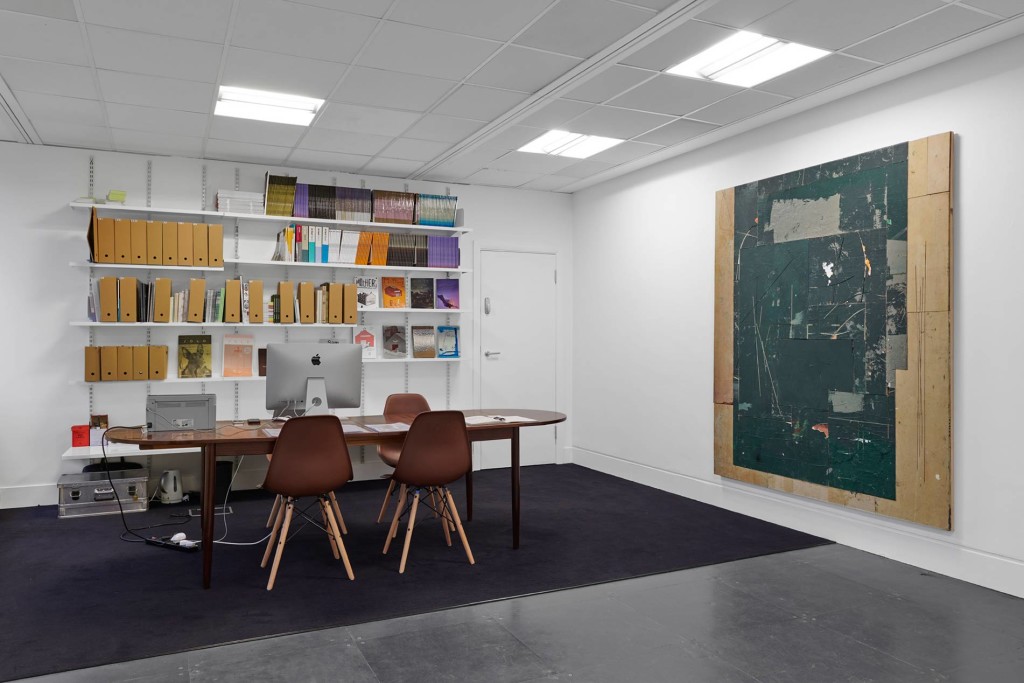 Some years ago, 1985 to be precise, a thoughtful London gallerist expressed the idea that it was not necessarily the price of an artwork that was its determination of value, but rather the price of the real estate required to give it an ongoing life. In contemporary art terms, this was back in the dark ages of what we now understand as the gallery system, yet the heyday of Margaret Thatcher’s theosophical assault on the culture and essential purpose of council housing and the primacy of property ‘ownership’, despite its comparative European imbalance to income (privatization of public housing stock, by any other name – and the linguistic relocation of what was left of it, to ‘social housing’). Although the gallery in question has long gone (too thoughtful perhaps), the remark remains pertinent, as little has changed in respect of the affordability of housing in the UK capital, other than the scale of the rift between having and getting, and its unfortunate inverse; of not having and losing.

As a non-native observer, living and working in London, as well as a natural campaigner and serial pamphleteer, Sebastian Lloyd Rees’s (born 1986, Stavanger, Norway – incidentally about the time of the above comment) body of work forms a fascinating commentary on the societal shifts of a megalopolis, its progressive gentrification, or according to the local authority preferred term, ‘regeneration’. Most explicitly focused in his collaborative work with Ali Eisa, as Lloyd Corporation (represented by Carlos Ishikawa), and more tangentially, poetically or aesthetically realized through his solo practice, Lloyd Rees appears genuinely troubled by London’s socio-economic divide: An odd perversion of the history of land valuation, zoning and planning regulation in the UK means that the intended ‘values’ of it’s post-WWII social architects (i.e. that land sales, re-zoning from industrial or green belt and new builds were intended for the greatest social good of the greatest number; the original directive being a quality of life determined by affordable mass living), are instead, and particularly in greater London, biased in favour of developers and privileged towards asset investment and speculation, increasing the having of the few, at the greatest cost, or complete exclusion of the greatest numbers. The inverse of original intention.

Land and its potential, becomes the valued commodity, rather than extant buildings or the communities upon it, and given the nature of speculation, counter-intuitively, an increased supply of vacant lots only increases and fuels speculative values. History, working people or indeed traditional community, builds a poor wall against a tidal wave of moneyed speculation. Anna Minton’s 2017 book, Big Capital, details the privileged information forced out by social campaigners through the courts, that the hard reality of the ‘regeneration’ of the Heygate Estate in Elephant & Castle into the aptly named ‘Elephant Park’, was the demolition of 3,000 homes, predominantly former ‘council’ flats, and the development of 2,704 luxury apartments, while replenishing only eighty-two social housing units.

Over the past few years, Lloyd Rees has been on a quiet mission, patrolling London’s repurposing. He cycles, drives and walks the city, an almost unnoticed flâneur, in search of blocked-off land and occluded pathways. Retrieving and replacing the hoardings that have enclosed vacant sites, or perhaps visually denied or restricted the reality of gentrification from the view from society. The weathered and eroded hoardings, become rescued relics of politicized, civic restriction and are carefully conserved/restored, cut-and-collaged and reconstructed into low-hung wall works that allude to the open-ended mythopoetics of high-modernist abstraction. Lloyd Rees flips the psychological identity of the hoarding from objects of negative, obstructive power, motifs of class warfare even, into symbols of inclusion and intellectual freedom. Here I should clarify, that as a honourable and socially-minded Norwegian, Lloyd Rees doesn’t actually steal things… but rather, goes through a patient legalish sort-of-process, of application, writing, phoning, negotiating, to remove aging hoardings and replace them with fresh new plywood boarding. In the instance of a failure of this process, an occasionally necessary night-heist occurs (in plain sight, with bollards and high-vis work gear…), but without fail, the artist renders or returns the site to an acceptable standard of public safety. New, plain, unpainted hoardings reveal where the artist has been busy at work. Furthermore, detailed nuances embedded in the titles of Lloyd Rees’s cut and collaged sculptures about painting, composed with the ‘brush’ of precision carpentry equipment, reveal their essential status: Their geo and temporal specifics indicate former site location of a hoarding, each carrying its own socio-historical narrative, and its date and time of lift; after office hours, say around midnight…, generally speaks for its self.

Initially, Lloyd Rees hoardings tended towards an enormity of scale, in both visual and physical endeavour. Frequently, works averaged five to seven meters in length, such as the contemplative wall of blue; Hoarding, (Silvertown Way, 9th January, 17.13 GMT), 2015, exhibited at Frieze, London, in 2015, or the wall of faded black panels from King’s Cross St. Pancras, exhibited in Bunkering in Paradise/The Rest Of Us Just Live In It, Turin, 2014, both reflecting the quantity and span of vacant London sites at that moment. As regeneration has continued apace, the availability of the artist’s chosen raw material has diminished dramatically and as a consequence, the colour-coding of some particular areas of the city has become endangered to the point of near extinction. The works related to nearly finished areas, focus down and consequently intensify, distill, into a smaller scale, with the last of the City’s blue panels, for example, featuring as rare collaged jewels, set into rawer grounds of salvaged, but unpainted ply. I wonder if these raw elements are evidence of Lloyd Rees capturing his own surrogate,second-generation replacements, after time and with the city’s pollution having altering their tonalities and meaning? Most recently Lloyd Rees has applied another layer of self-referentiality and process, by employing aged but unpainted ply panels previously used as cutting boards, to give graphic linear movement to his elegant but charged compositions.

I have come to think of Lloyd Rees a little like the fictional forest wizards in Tolkien, embodying and divining the mood of nature, a spirit of things, but rather his work bares the scars of the dialectical hurt of the urban world and its inhabitants, invisible to most of us behind the facade of polite improvement. Past the coffee shops and co-working lounges, Sebastian Lloyd Rees intuits the pain of multi-occupancy slums, rented by ‘Rogue’ landlords, the squalor, physical and emotional crush of beds in sheds hidden from view behind wooden walls. 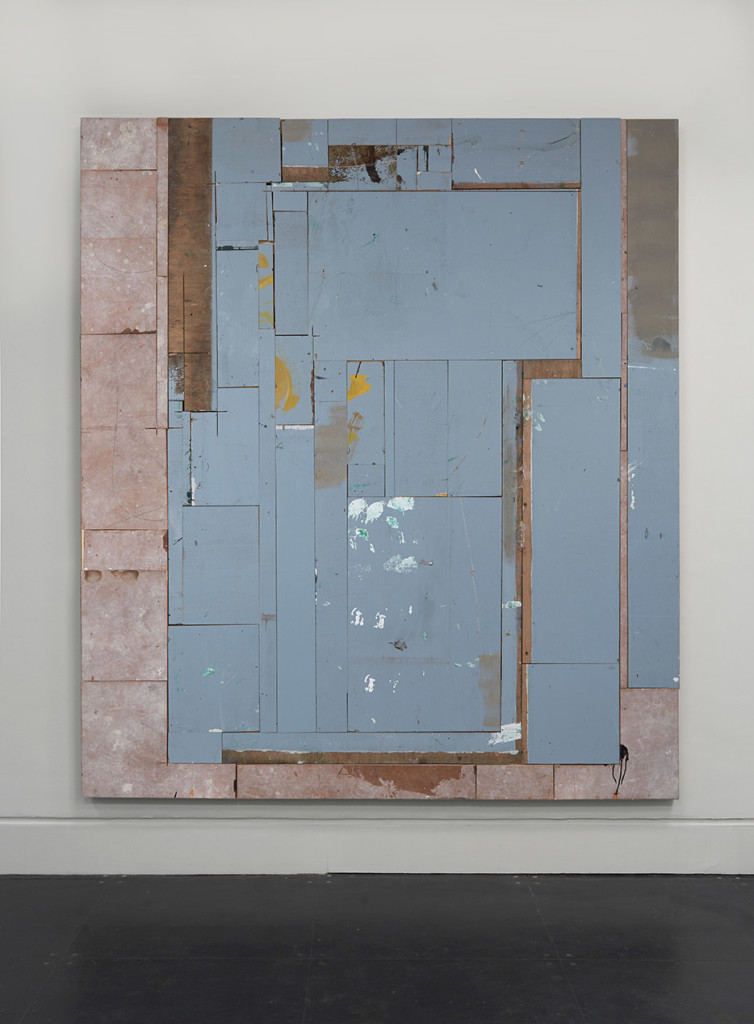 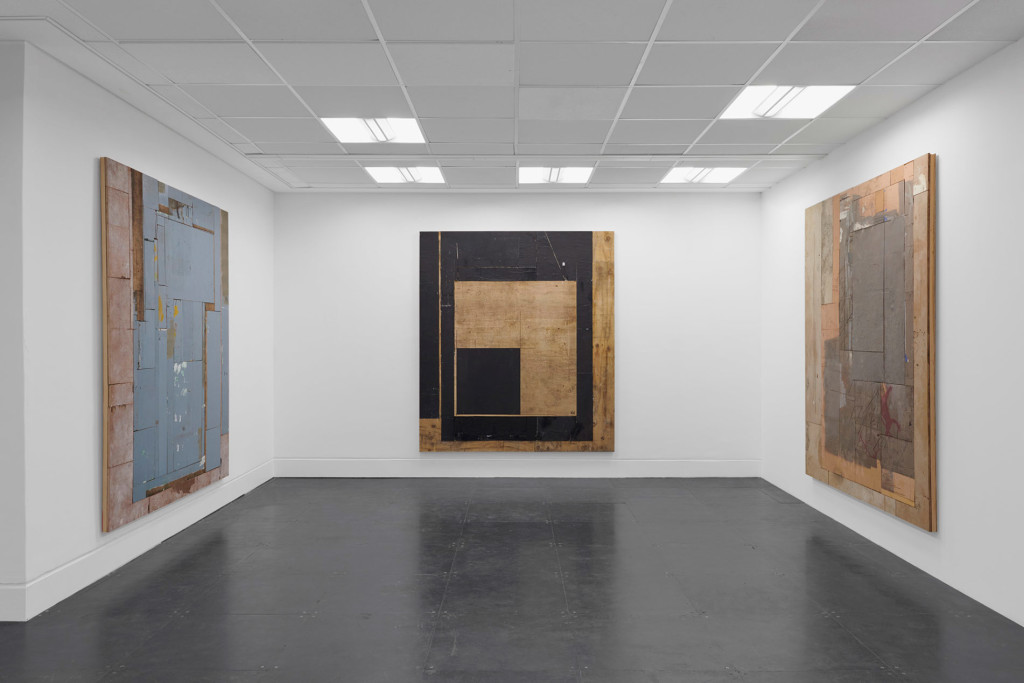 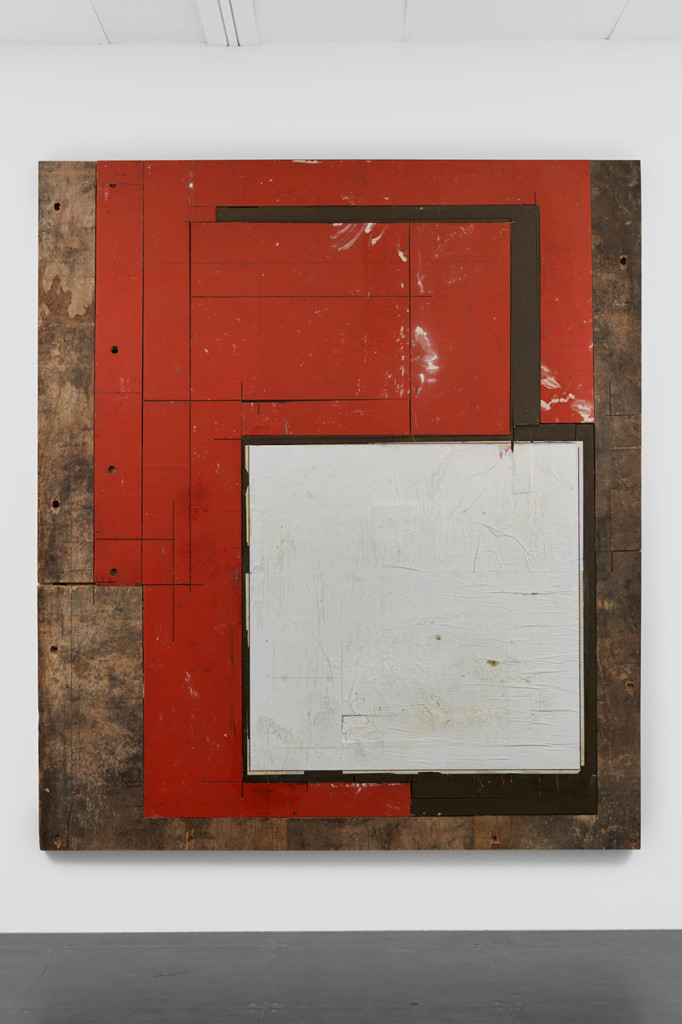 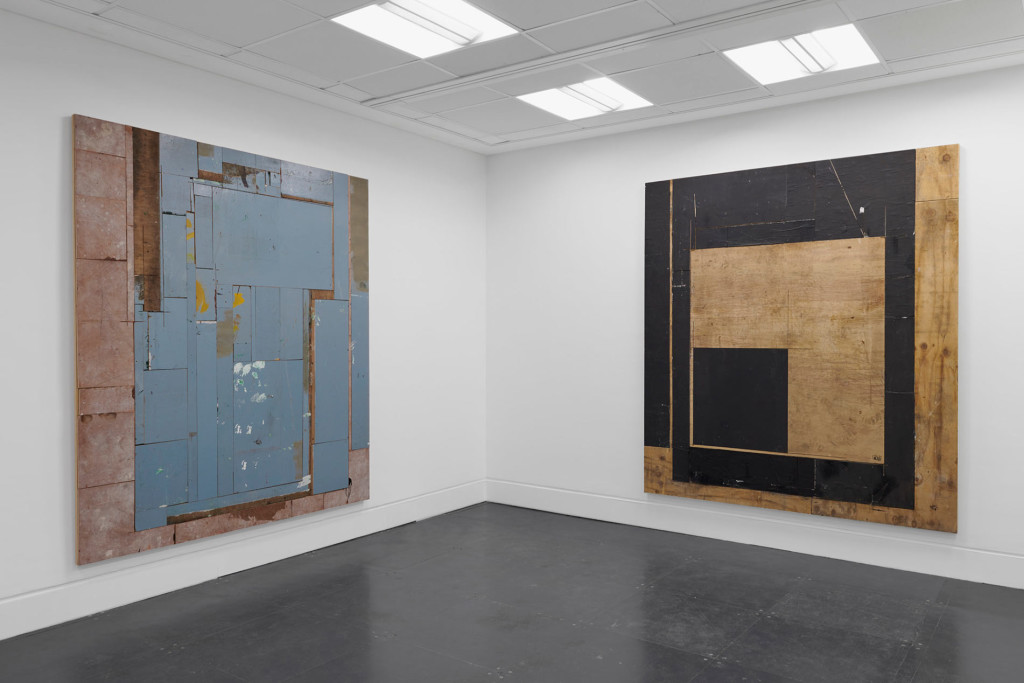 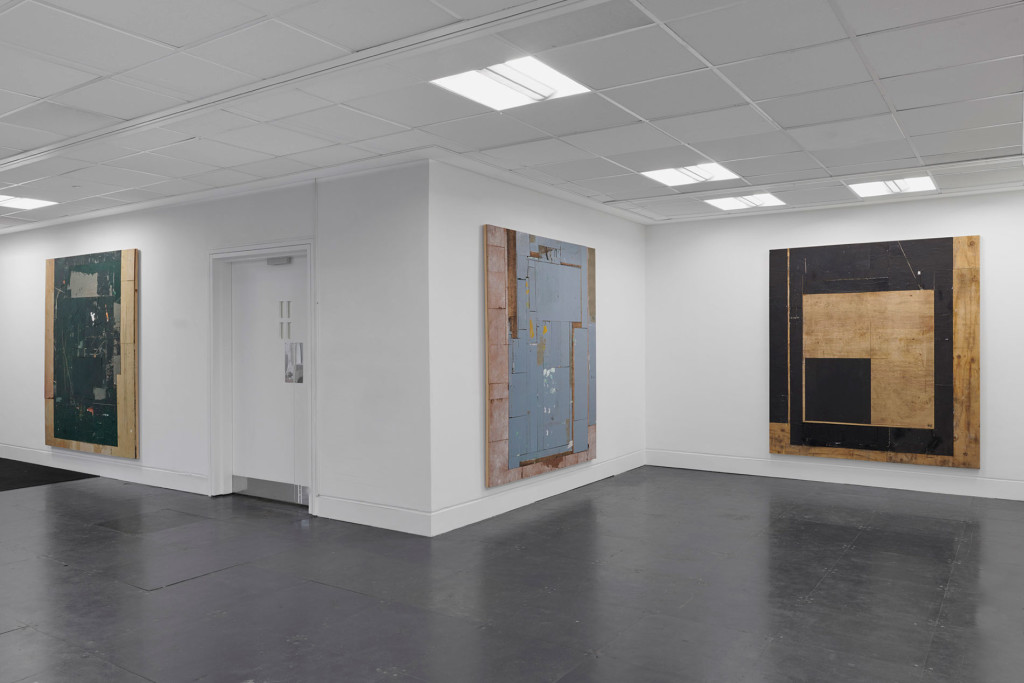 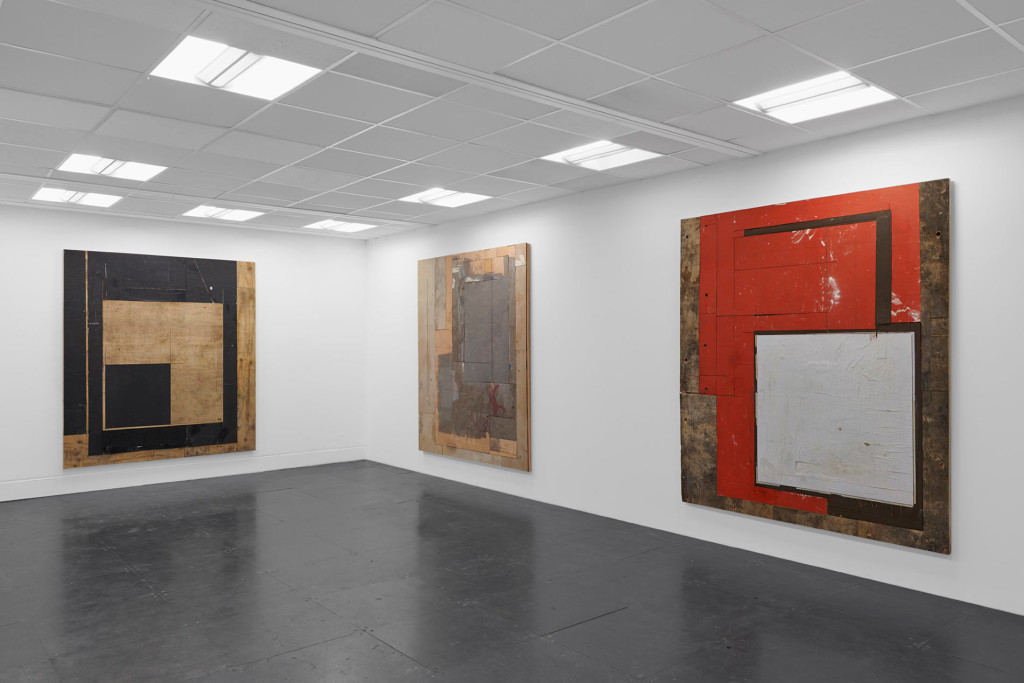 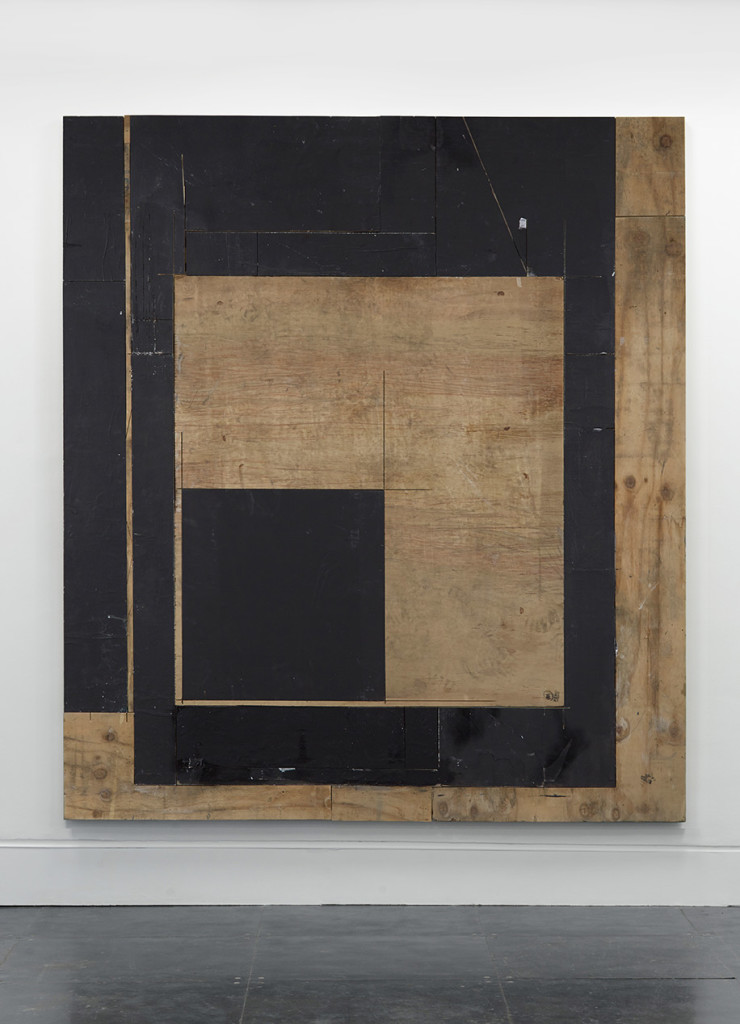 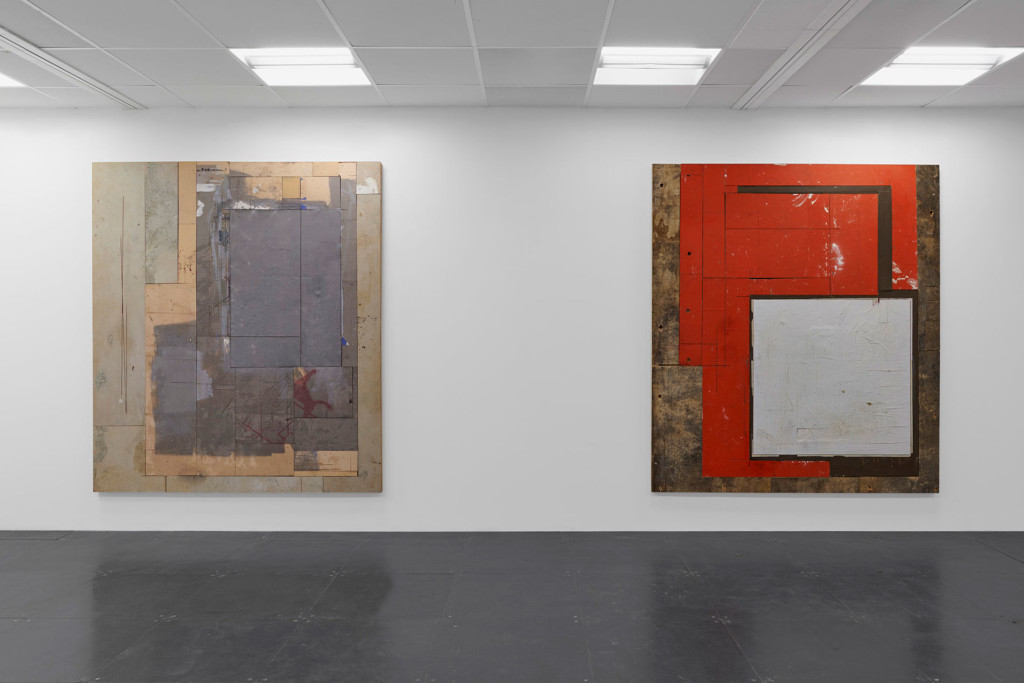