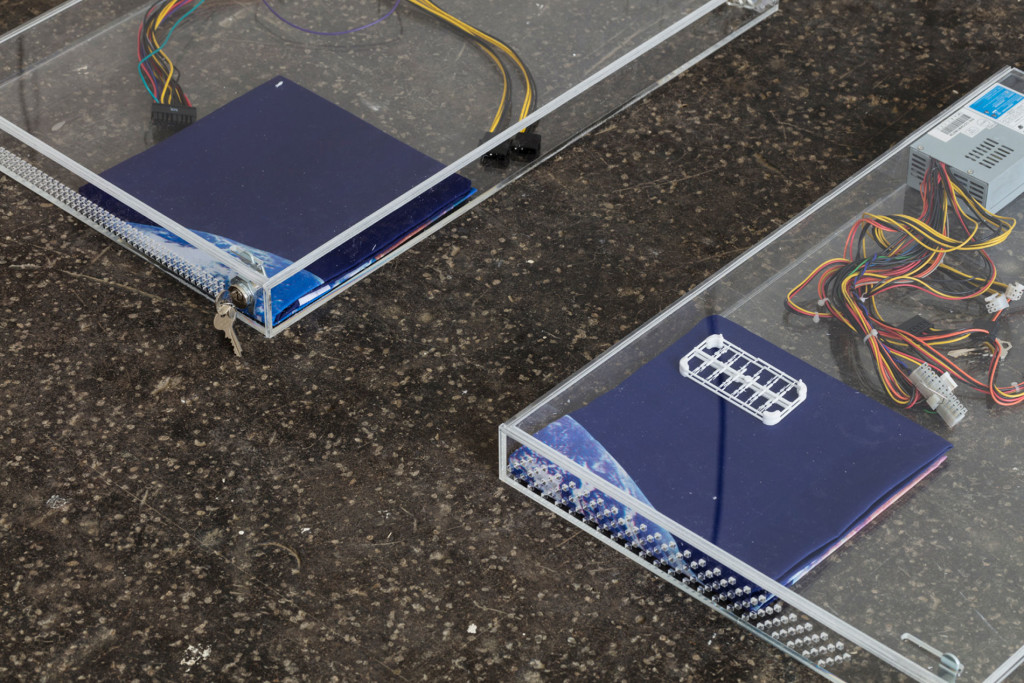 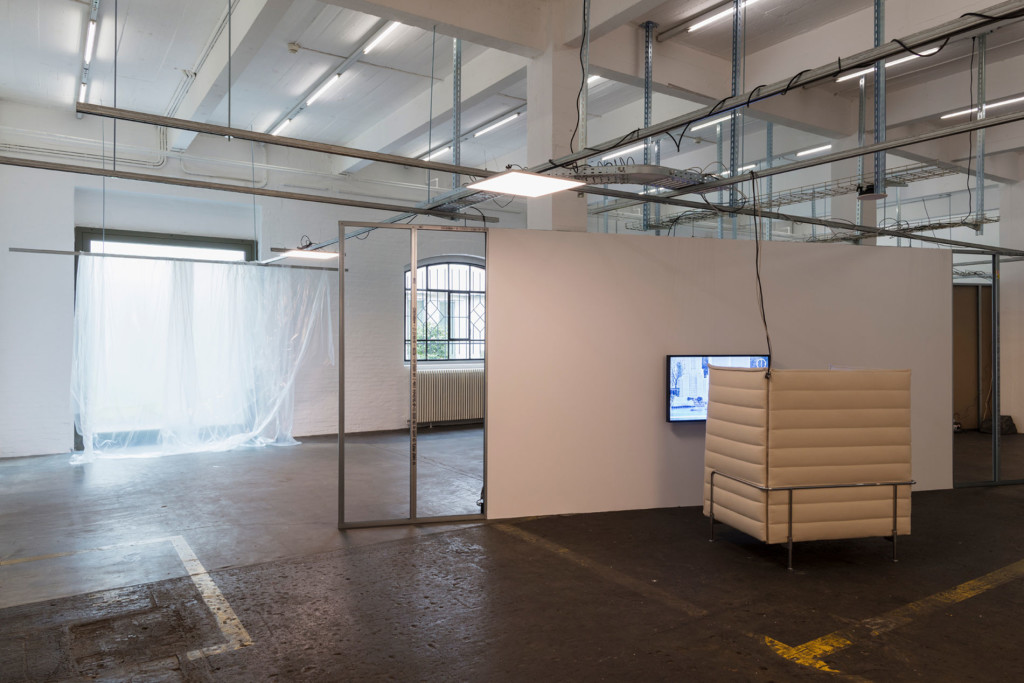 Co-working spaces, newsrooms as factories for the post-factual era and logistics centres of online megastores are the focus of interest of Irish artist Yuri Pattison (*1986, lives in London). Pattison’s artistic world, which includes routers, humidifiers, surveillance cameras, office plants and cheap replicas of design classics, moves between the sculptural and digital and plays with control mechanisms. With his immersive, multimedia installation «Trusted Traveller» Yuri Pattison is transforming Kunst Halle Sankt Gallen into a projection surface for the contemporary world. By intervening as a programmer he spectacularly confronts the public with spaces, materials and themes that define today’s reality.

The title «Trusted Traveller» already indicates the focus that Pattison is setting for his Sankt Gallen exhibition: on the one hand it deals with the theme of ‘travelling’ and its required infrastructure, but also with the phantom of a globalised world as a place without borders. The installation he has created for the Kunst Halle consciously refers to the most symbolic and today also perhaps the most complex of all places connected with travelling: the airport. The artist stages an ‘architectonic framework’ that not only brings to mind an airport as a metaphor, but also as the location of paranoia, isolation and fiction. With materials charged with meaning and the precise setting of objects Pattison succeeds in allowing a homogenous and realistic world to emerge at Kunst Halle Sankt Gallen, without giving in to the temptation of hyperrealism.

A network of cable ducts will hover over the heads of exhibition visitors. With the controlled use of light as well as with special visibility filters the artist will very precisely guide their gaze. Several films on monitors show model worlds. They were built as a staging for nationalistic requirements (e.g. world-famous buildings and monuments) or designed as locations for entertainment (Japanese amusement arcades that look like backdrops for video games). Pattison sees contemporary people as navigating between such poles — in a world that seems to be losing itself between idealisation and economisation. It is therefore no wonder that identification documents are also an important component of the «Trusted Traveller» exhibition, especially invented passports such as the World Passport and the Camouflage Passport. Passports are in fact perfect projection surfaces and simultaneously precisely connoted objects in which many concepts meet. Here personal identity meets designated political borders; print techniques merge with biometric movement surveillance thanks to microchips and nationalist bureaucracy collides with the utopia of unlimited freedom. 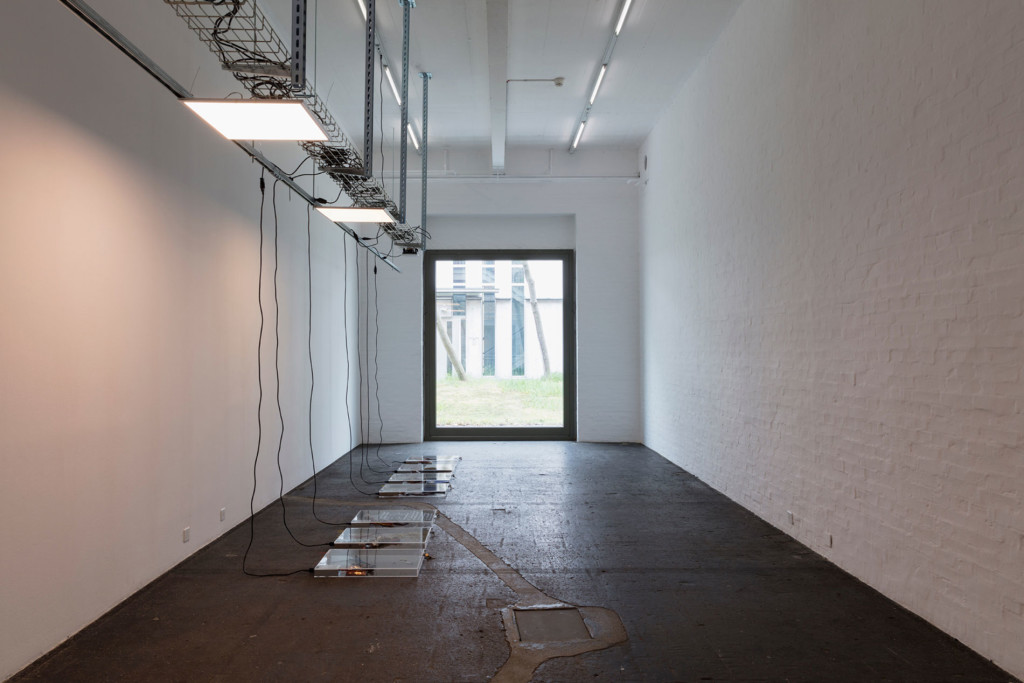 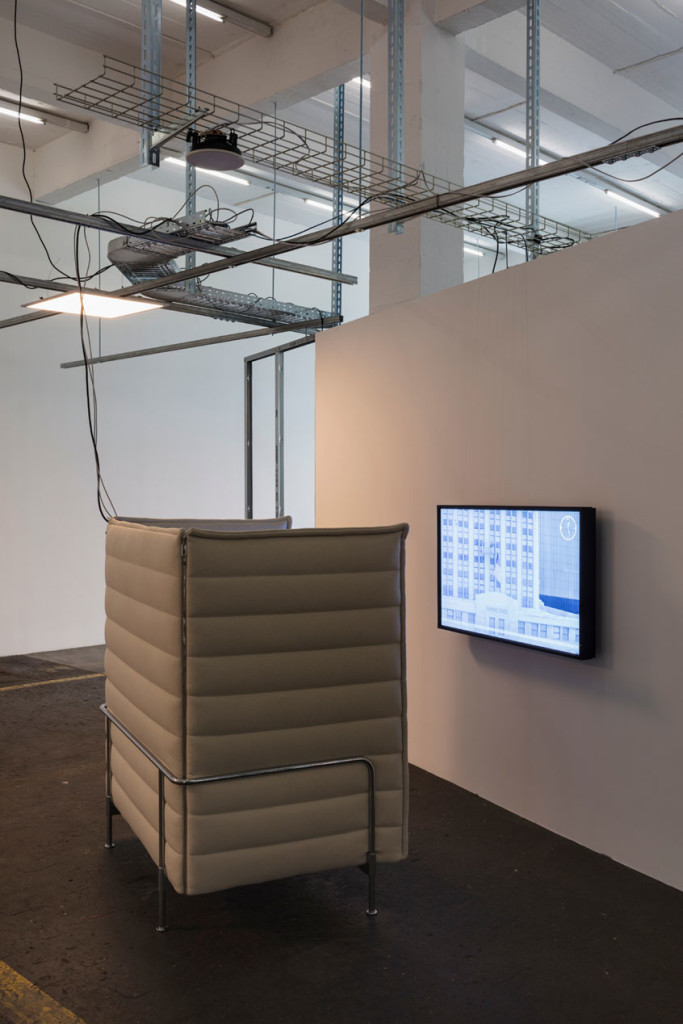 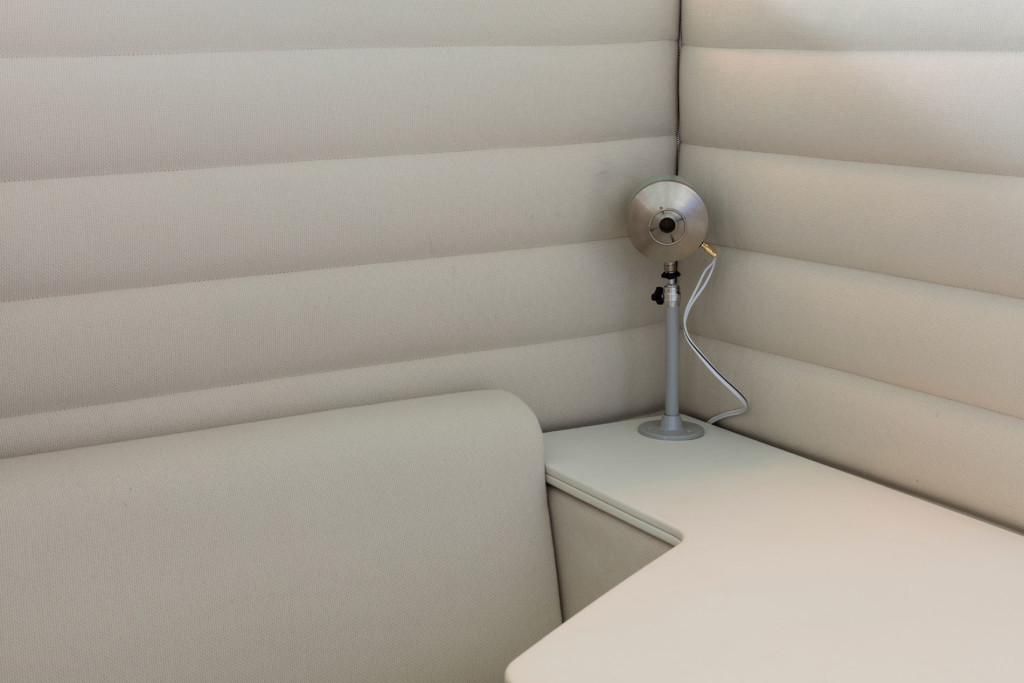 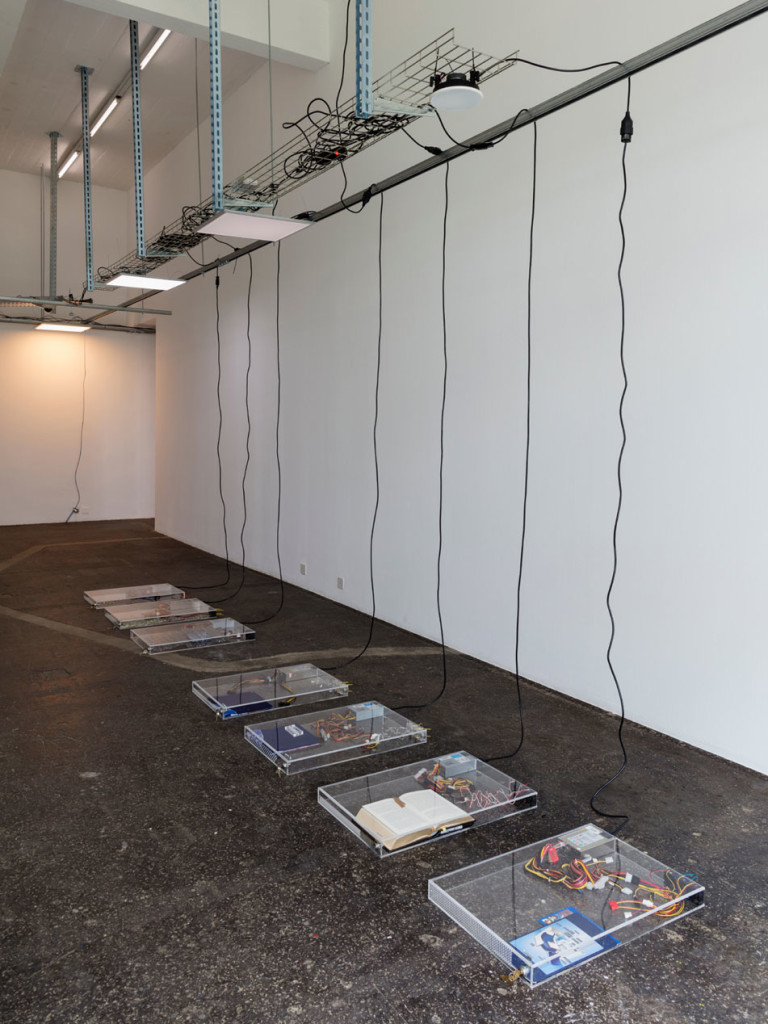 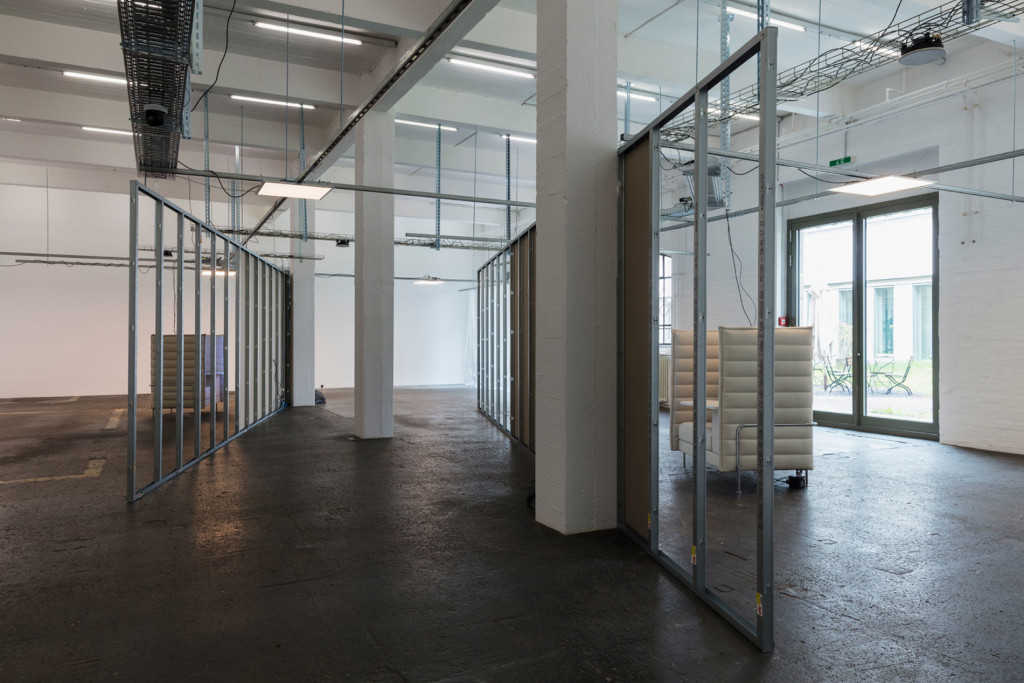 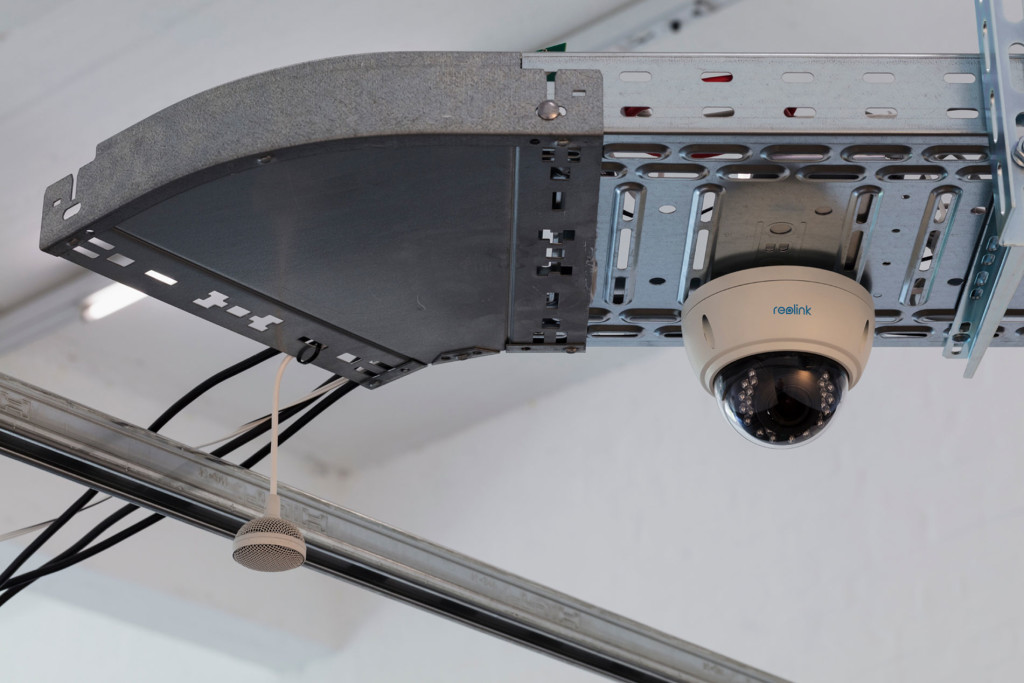 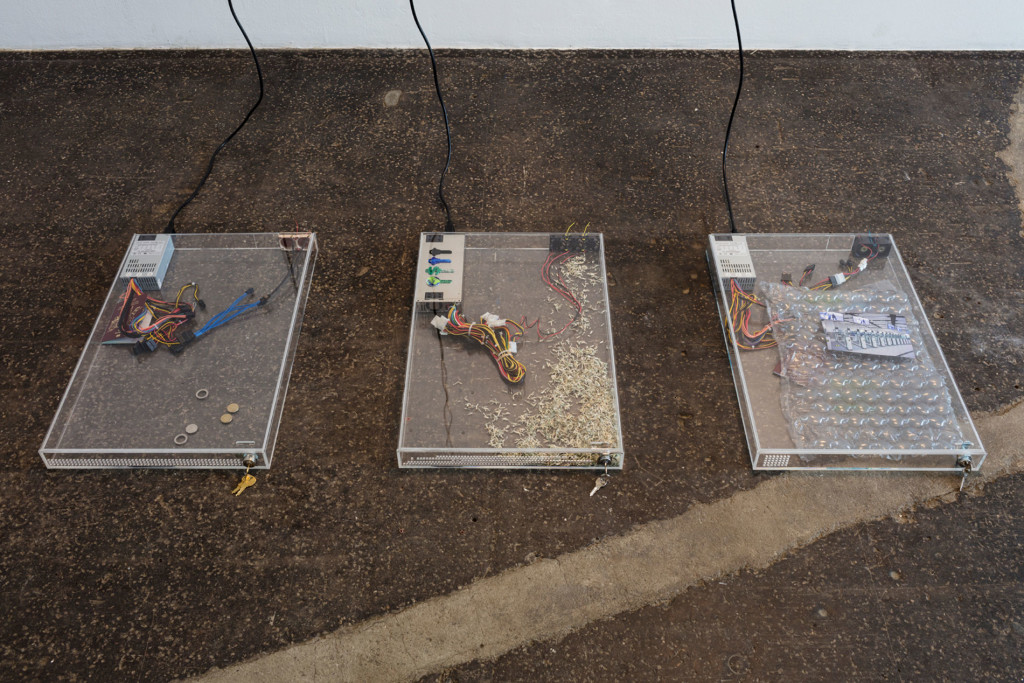 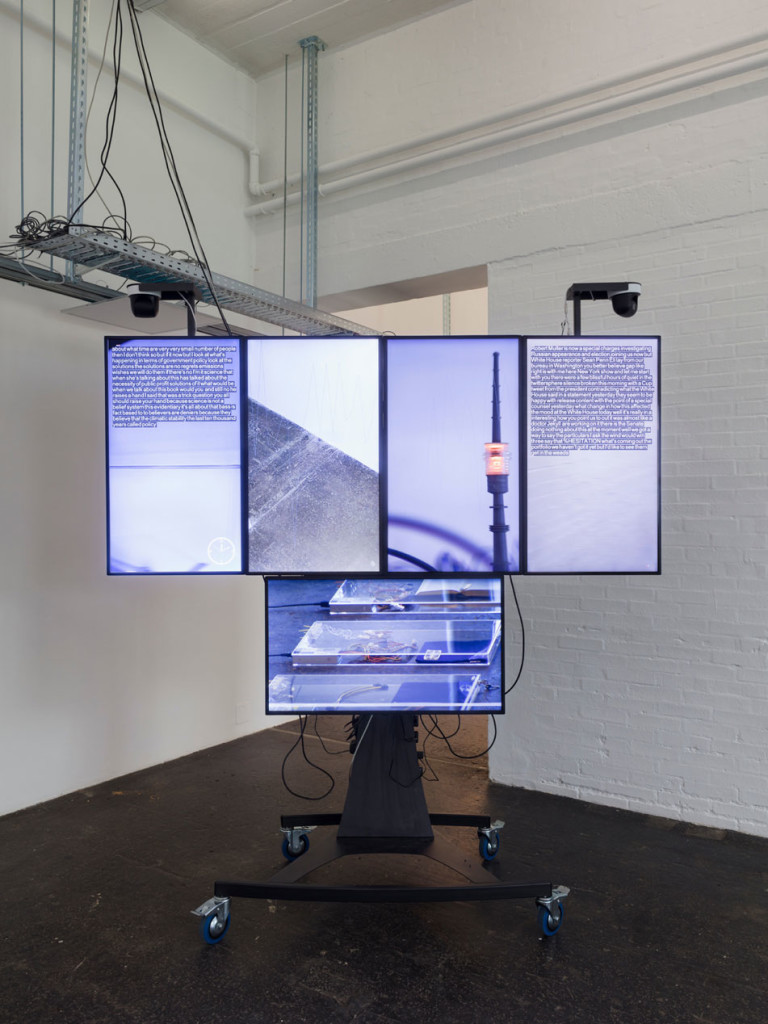 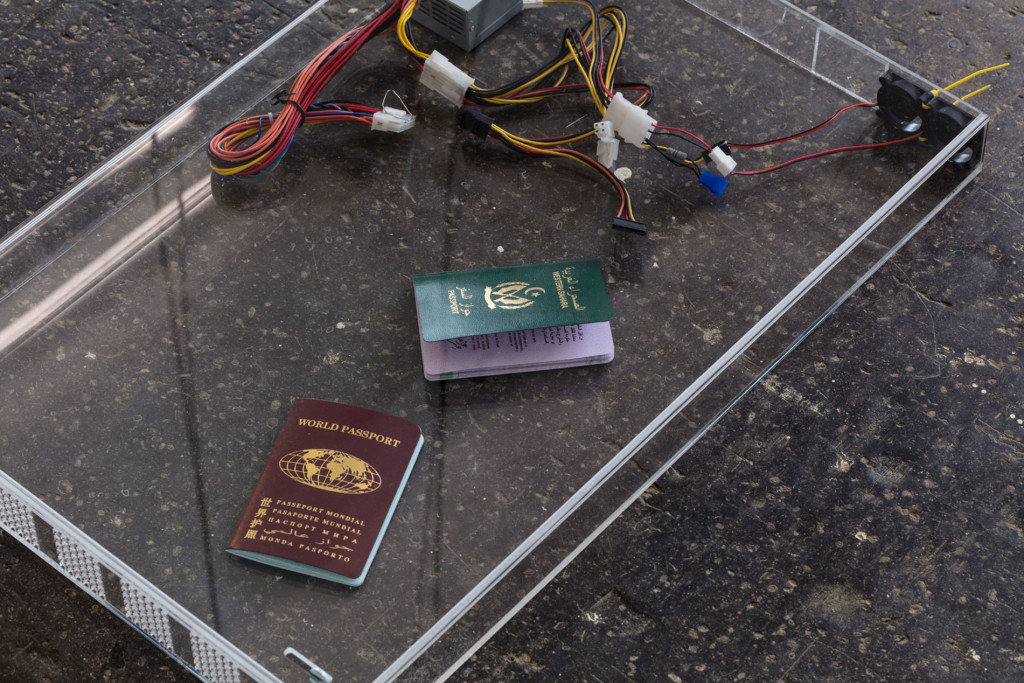 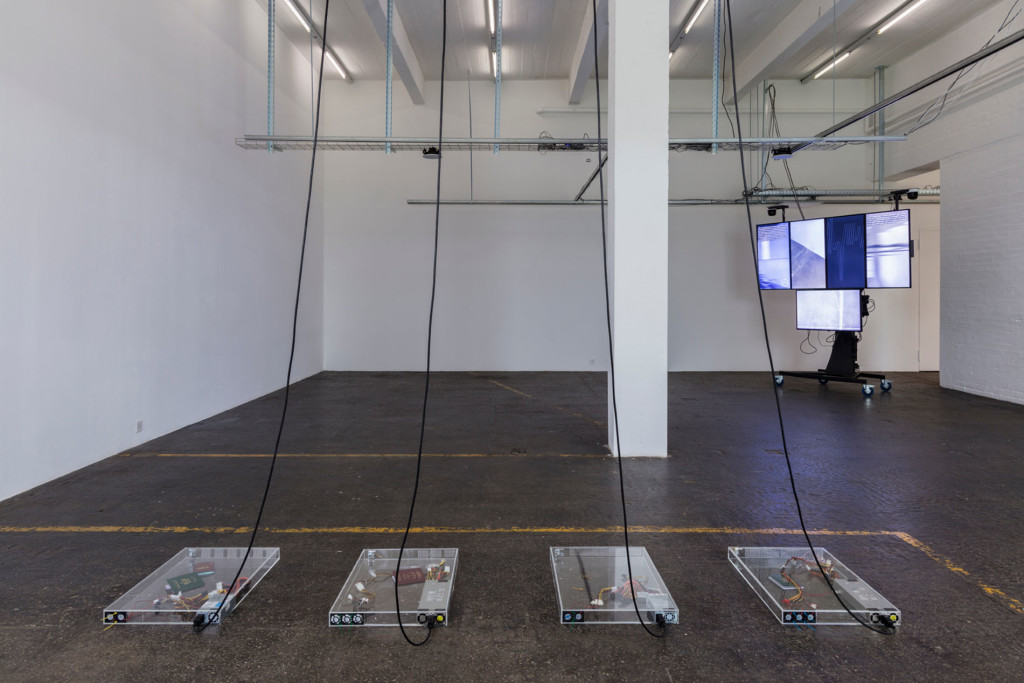 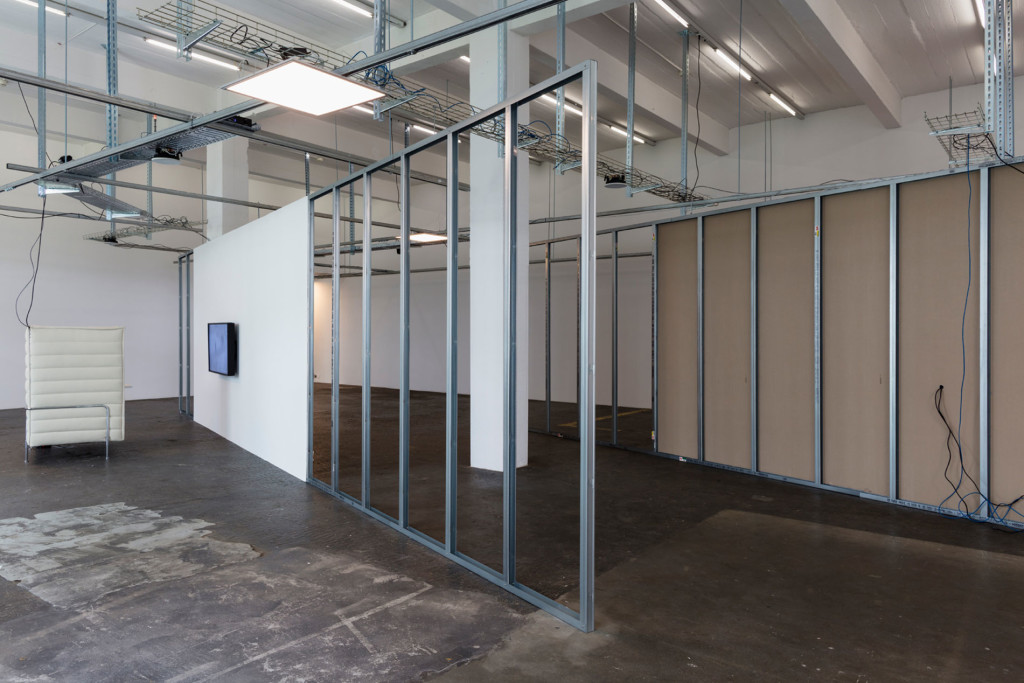 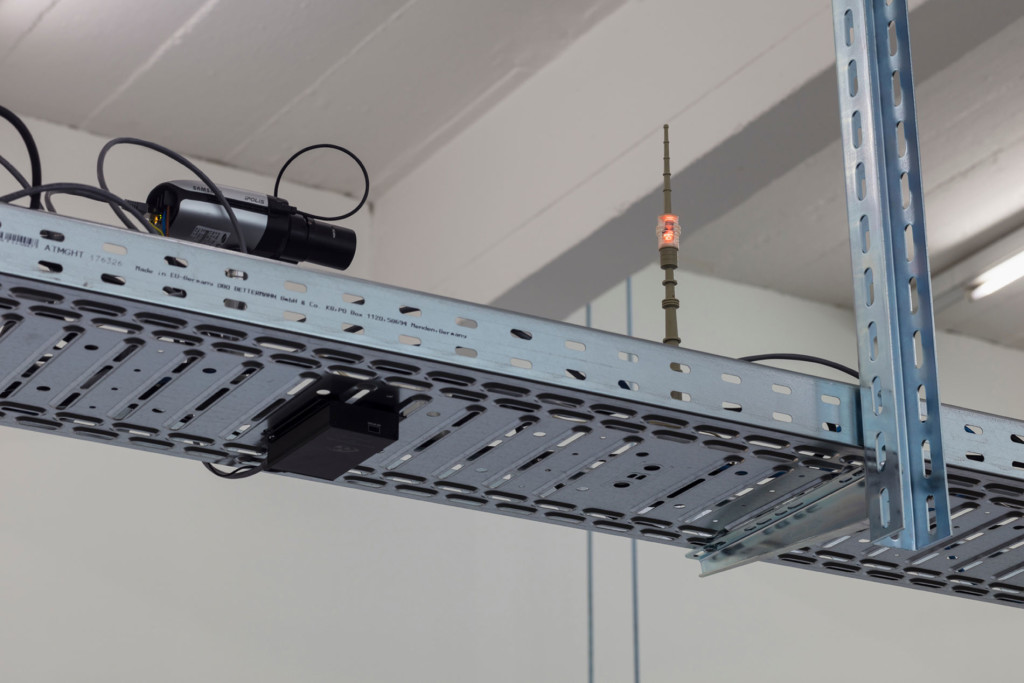 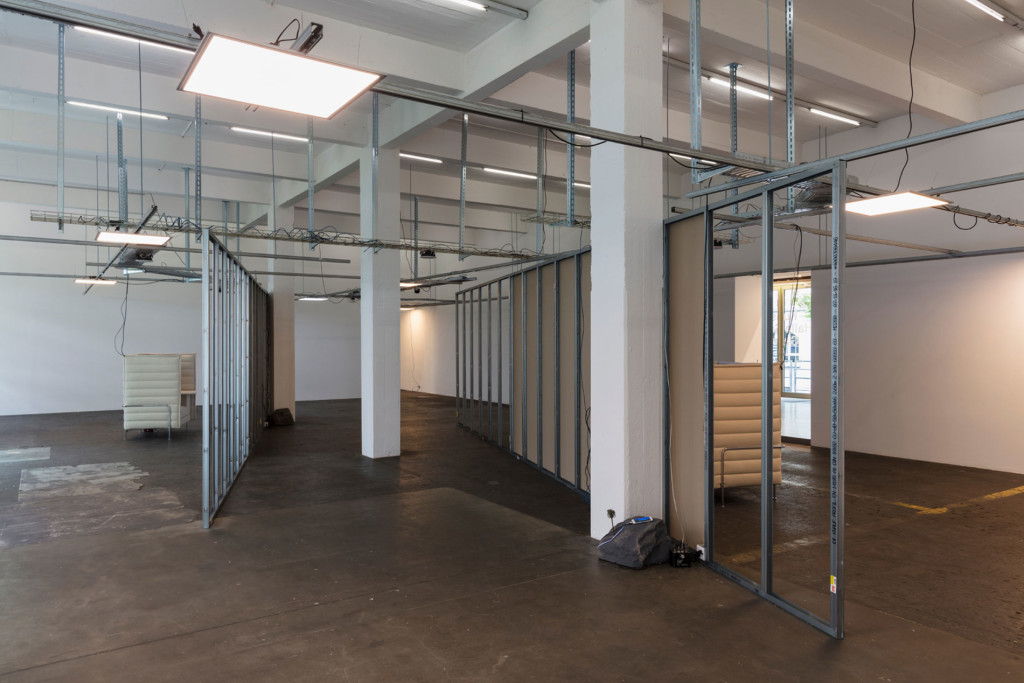 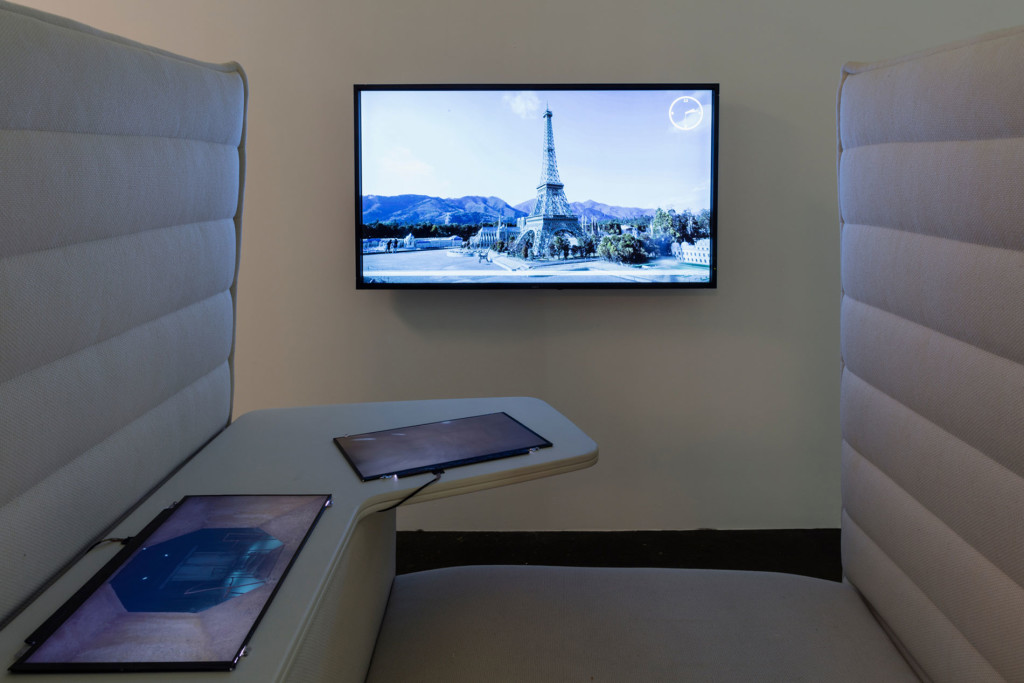 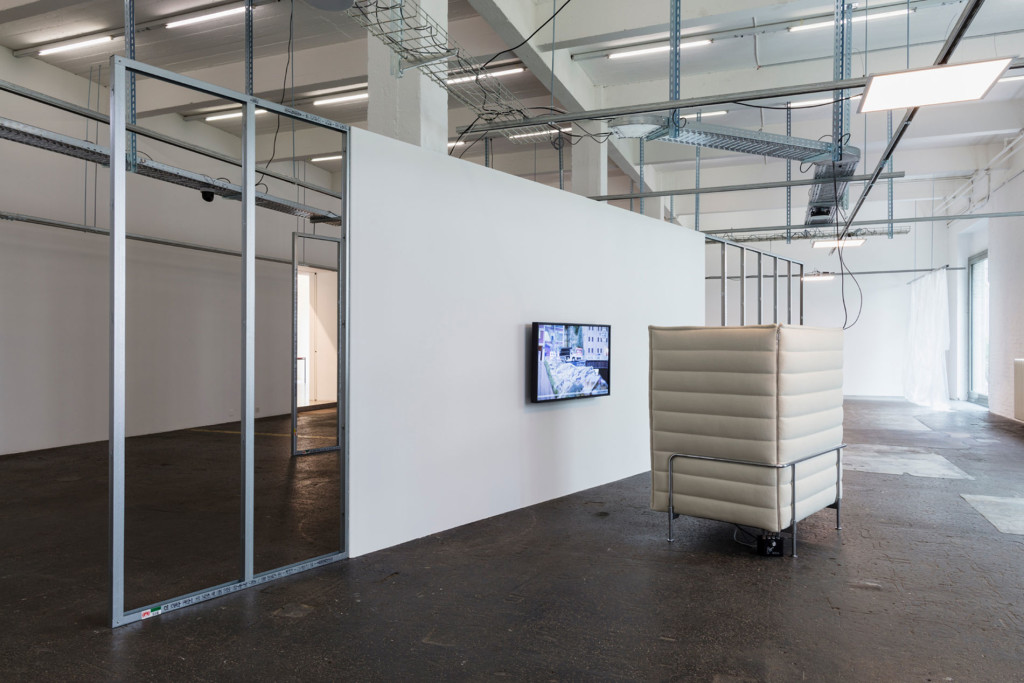