Cyclicity is built into the fabric of reality. From the basic components of the atom to the vagaries of complex social interactions, the identification and exploitation of cycles of various forms could be understood as the basis of all human societies. Environmental cycles have become increasingly erratic as human activity changes the fundamental properties of the earth. Carbon extraction and consumption, nuclear fuel production, and the economic structures and cycles based on resource extraction have conspired to produce an expansive crisis that threatens the basis of organised human society. No aspect of living, no social practice will remain untouched by this crisis, nor is any mode of living excluded from the network of power relations inscribed within it. These tensions animate the works included in Yuri Pattison’s  to-do,  doing,  . Pattison seeks to explore both the technologies of exploitation and resistance while at the same time acknowledging the contradictions that infuse all forms of choice in the contemporary moment. While culpability for the situation may lie clearly with the historic colonial states and the ideologies that animated their rapacities, a recognition that solutions must be systemic is fundamental. In the (literally) febrile atmosphere of the 21st century, every choice has global consequences. Innocence is no one’s option.

At the centre of Pattison’s exhibition, is the work sun(set) provisioning a sculptural reiteration of the digital renderings of atmospheric conditions familiar from video game designs. In the work, a solar disk hovers at the horizon’s edge, dispersing illumination across a foreground of clouds and sky that alter according to the localised weather conditions of the place in which the sun(set) provisioning is displayed. The sculpture-internal conditions visualised on screen are produced using a uRadMonitor, which records atmospheric data which can then be reproduced visually. The monitoring programme was originally developed by a Romanian developer to provide an accessible means of monitoring atmospheric conditions independent of recourse to governments. Oil spills, ongoing toxic waste disposal and emissions manipulation scandals by corporations and national governments (sometimes in collusion with each other) have proliferated in recent years despite supposed advances in technologies of safety – not to mention the continuing consequences of the Fukushima nuclear disaster – thus the values behind the creation of the uRadMonitor: openness, accessibility, and scepticism of official information channels have come to take on even greater significance in a contemporary moment disfigured by institutional climate denial, corporate disinformation, and the hyper-individualised discourse of environmental activism. Every person’s actions may affect the totality of the globe, but no one can solve the crisis alone. sun(set) provisioning will operate in real time, responding to the weather conditions for the duration of the exhibition, recapitulating the complex relationship between observed, experienced phenomena and the mediated representation of that same information. The kind of transparency sought by the creator of the uRadMonitor, thus confronts the structural and economic mechanisms by which it has become at once nearly ubiquitous and invisible: as the primary methodology for presenting “realistic” weather conditions for the often fantastical narratives of video games. The interaction of the fantastic and the realistic is now not solely, or even primarily, the province of consumer entertainment, but has crept into the way all information is presented, distributed and consumed.

The natural cycles that lie at the heart of sun(set) provisioning also feature in true time master. This work’s inspiration is the so-called Chip Scale Atomic Clock (CSAC), developed by the US Defence Department’s infamous Defence Advanced Research Projects Agency (DARPA). The CSAC is a miniaturised realisation of the highly accurate atomic clocks which are based on the cyclic transitions within the caesium 133 isotope. The extreme regularity of these oscillations provide the source for time-based technologies ranging from modalities of digital computing and communication to financial activities including high-frequency trading (HFT) – used to execute large scale financial transactions faster than the operation of human consciousness. Here, natural cycles which operate beyond the boundaries of human perception are exploited in ways that define not only the fundamental building blocks of the universe, but also the often seemingly equally abstract and inaccessible vagaries of the global economy. The role for human agency in the face of such macro and micro phenomena is nebulous, yet is by no means nonexistent. Such technologies are the by-product of human endeavour – albeit in highly structured, privileged, and secretive contexts – and, therefore, are not only accessible, but ultimately subservient to human ends. The question of where the individual stands in relation to these power dynamics becomes a means of exploring wider understandings of responsibility, culpability, and action.

Both works are displayed in frameworks constructed of the substance known as Dexion, a lightweight, easily transported material that was developed in the middle of the 20th century in Britain. Dexion became a protagonist in narratives of British soft power deployment during its early years, particularly as a means of facilitating disaster relief (a UK government propaganda video stresses its use in Greece – a key frontier in the early European phase of the Cold War – on the island of Ionia in the wake of an earthquake that left more than 93,000 homeless). Pattison’s use of the material is inscribed with a technological melancholia; yesterday’s technologies of tomorrow have fallen into a present day abeyance, rendered all but obsolete by discourses of austerity and capital generation that sneers at the (paternalistic) idealism of the Post-War zenith of Keynesian welfare-capitalism. The end of that economic cycle and the rise of Neo-Liberalism has coincided with the rising awareness of the damage growth-based economic ideologies have wrought on the planet. Such awareness – perhaps ironically, perhaps fittingly – was first articulated by oil industry scientists whose findings drove companies like Exxon to develop alternative narratives about the status of carbon in the atmosphere all the while deepening global dependency on fossil fuels. The term used to describe this dynamic in economics, whereby measures are taken to reinforce existing economic conditions rather than check them is pro-cyclicality.

If the natural cycles within which the biosphere has evolved are changing, they remain as central as they ever have been to the capacity for the living earth to survive. Being able to conceptualise these cycles, to begin to come to terms with how they have been rendered visible or comprehensible to past generations, and how they are (mis)represented in the present day will be crucial to addressing the implications of this interplay of forces and symbols. While Yuri Pattison’s works do not seek to provide answers to the challenges created by changing climate, they provide a means of address toward the structures that define and direct the human endeavour. Seeing the architecture of the crisis begins by seeing its component parts, and understanding the range of tools that may be brought to bear upon it. Time itself is one such tool, as the powers of repression and domination well understand. Visualising the structures they have built with this tool may provide the beginnings of a way to dismantle them. The task is overwhelming and necessary; time, as ever, is running out.

Portions of true time master were developed during the LUMA Arles Residency Program. 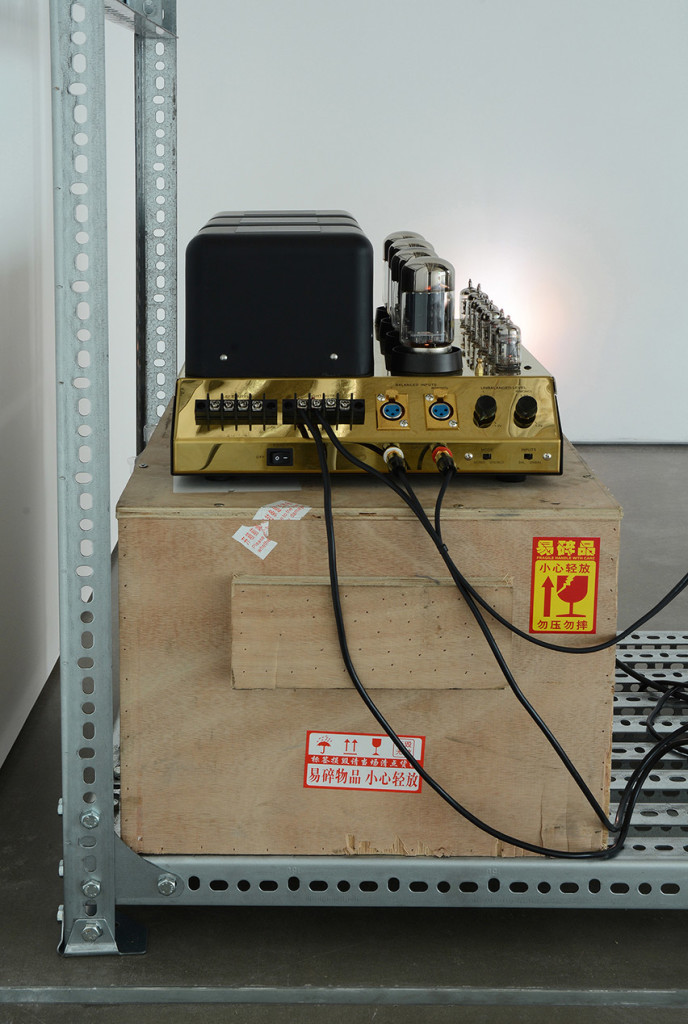 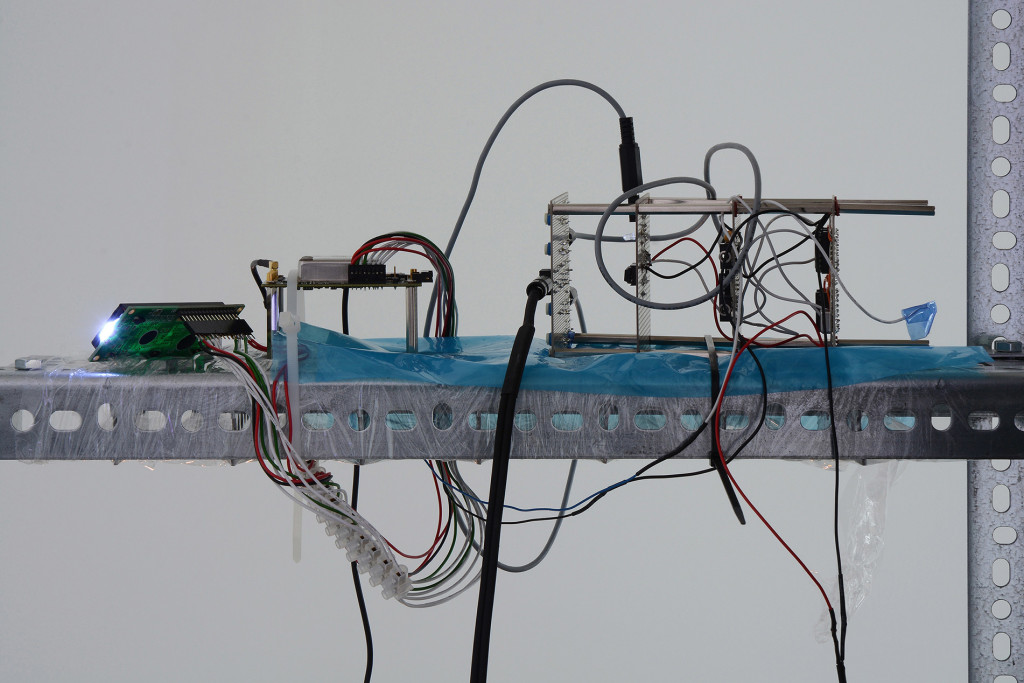 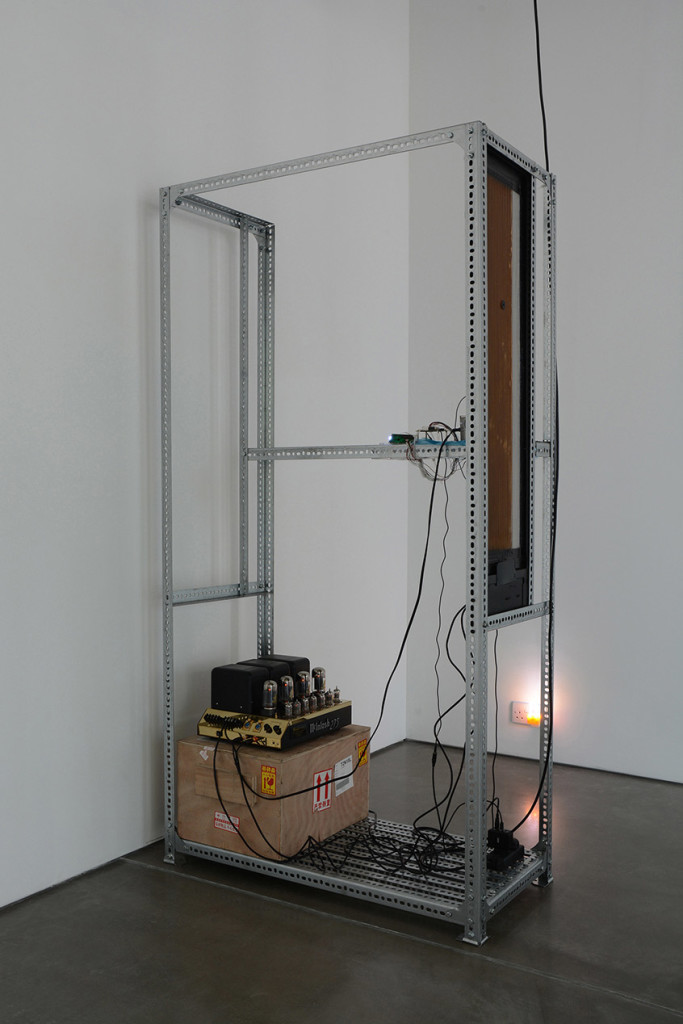 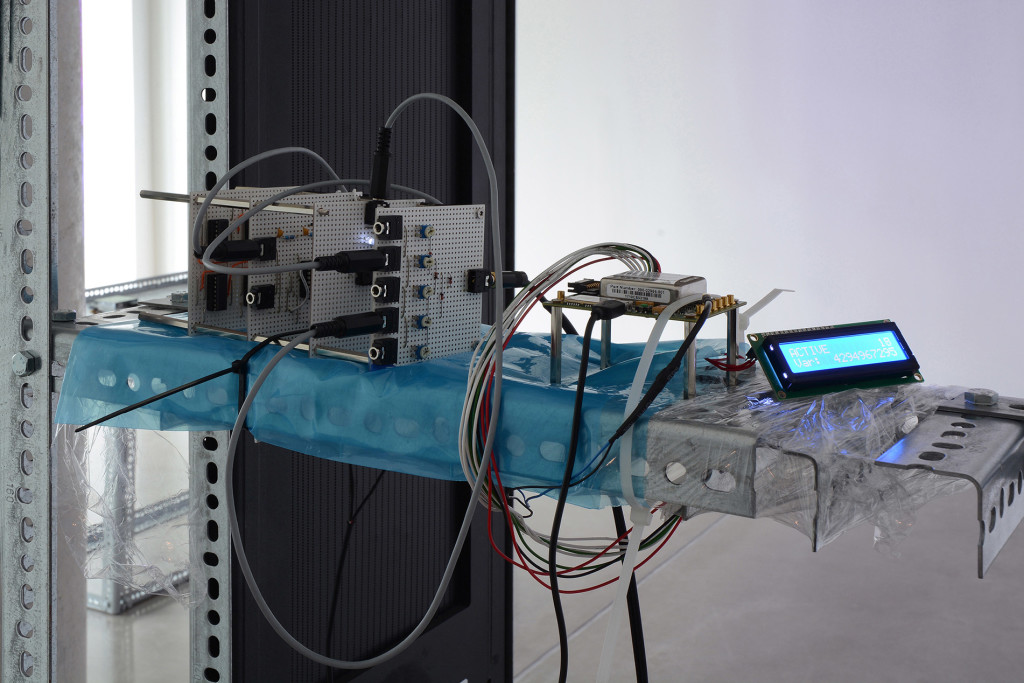 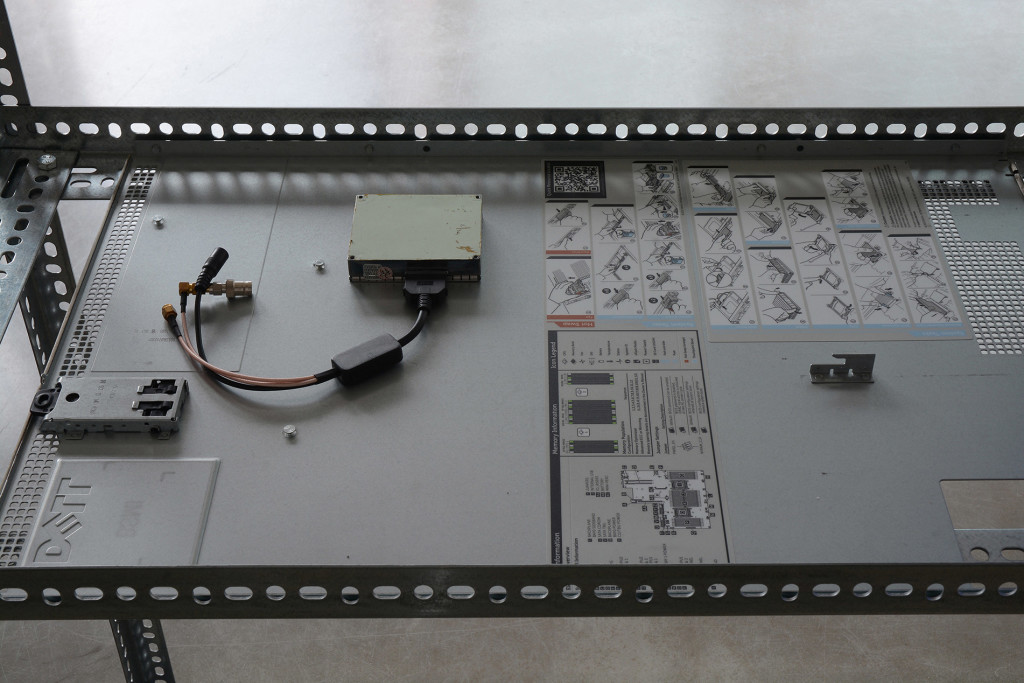 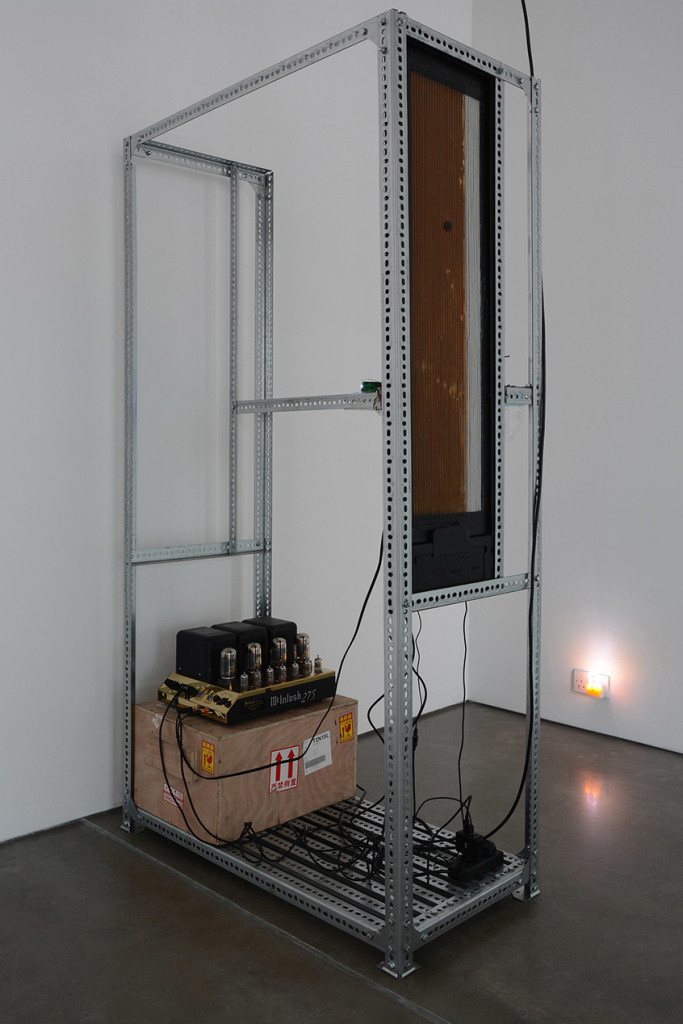 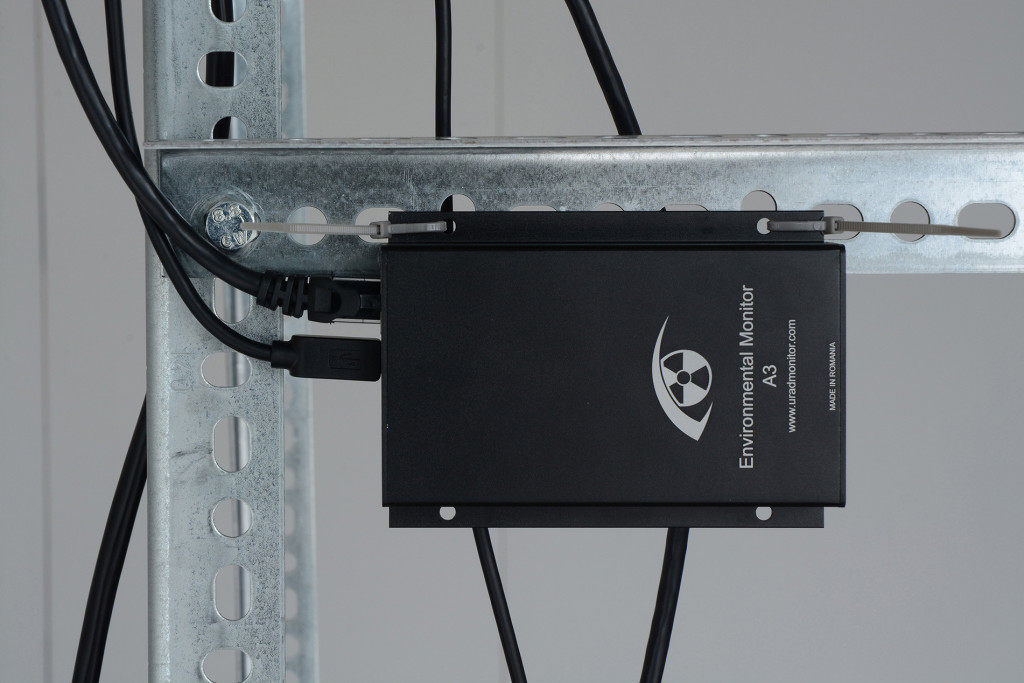 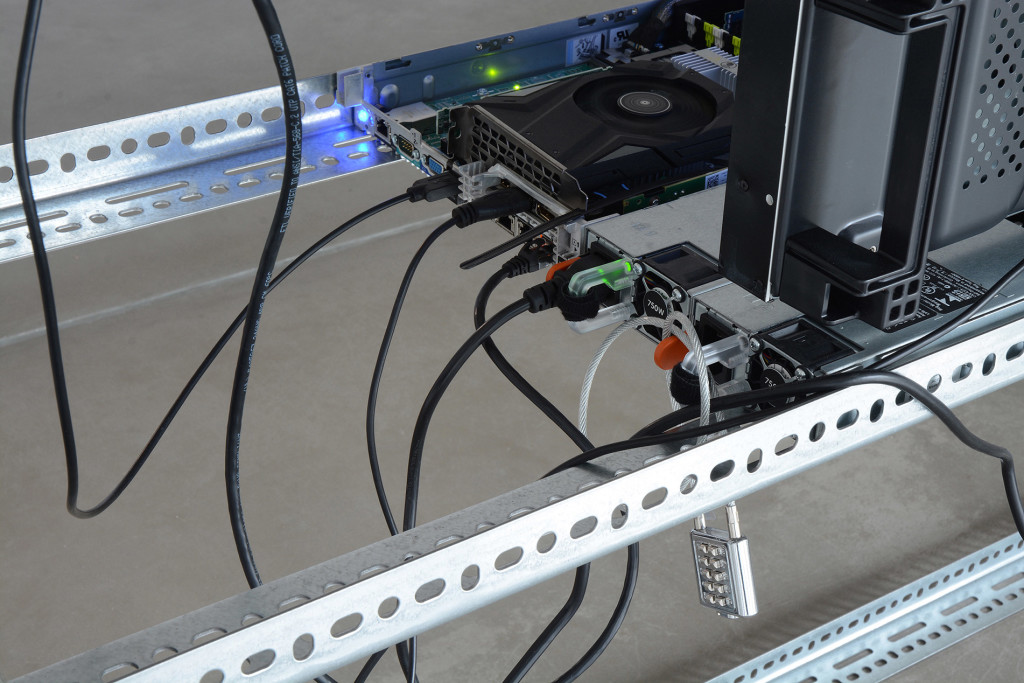 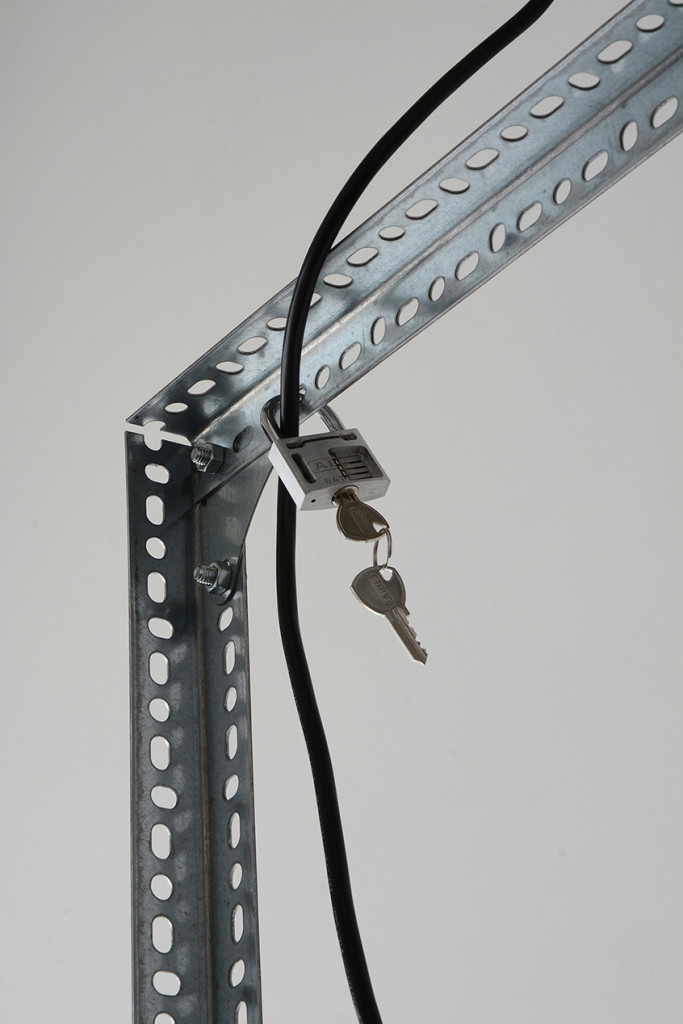 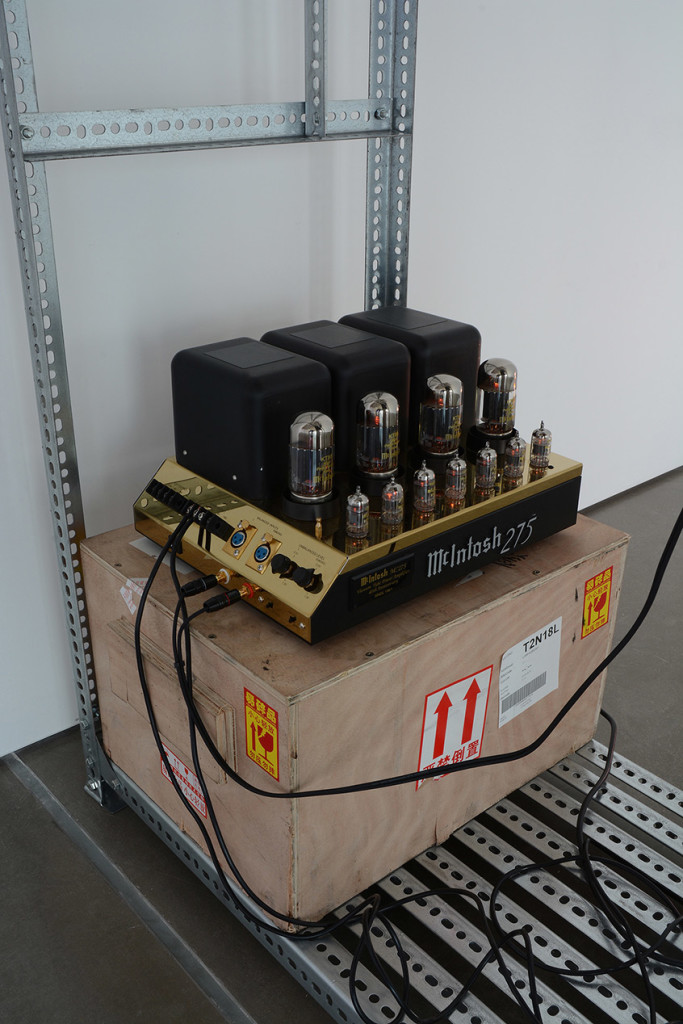 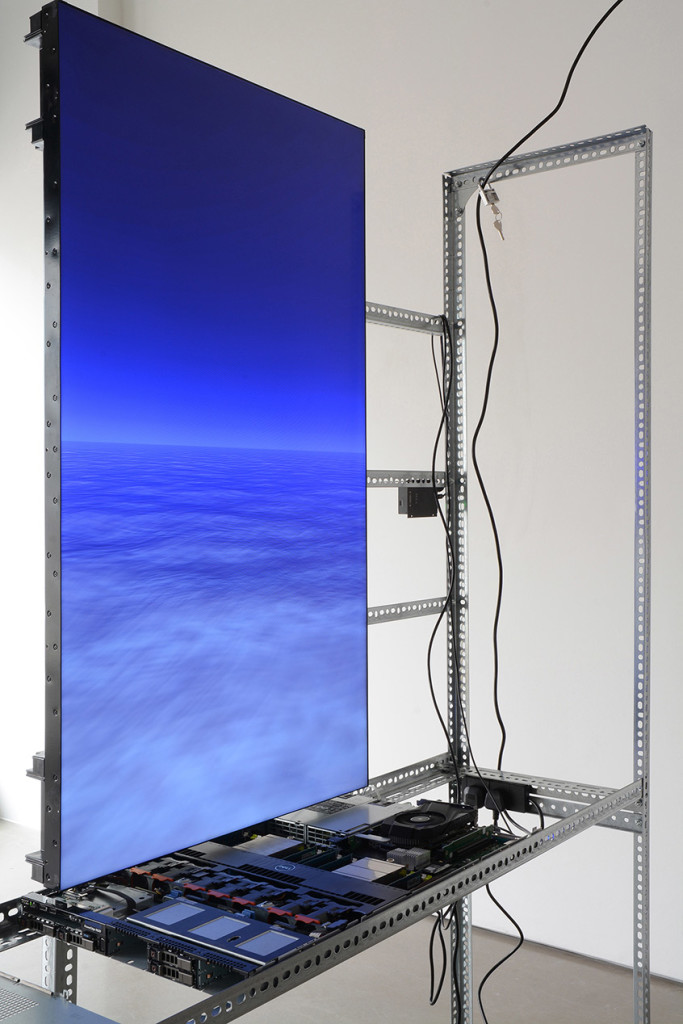 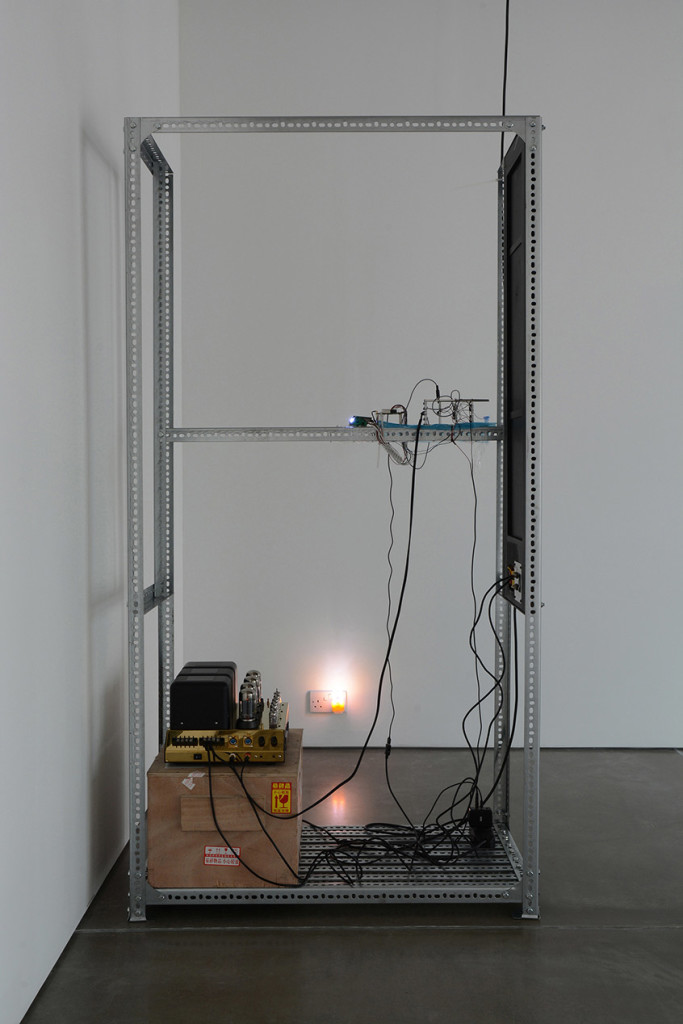