There is a place in heaven for me and my kind 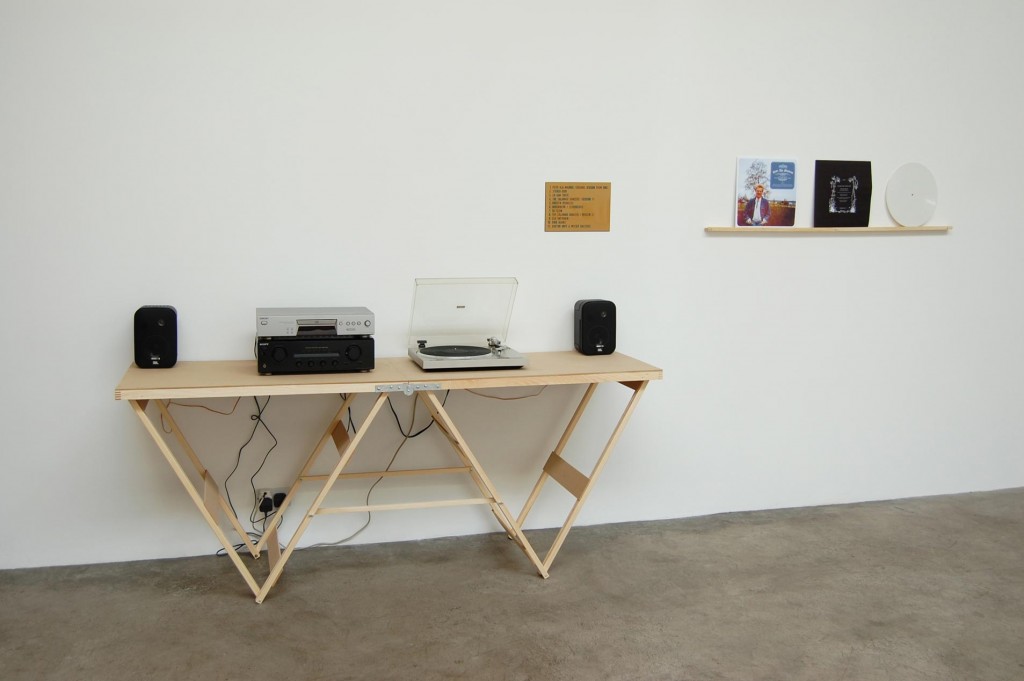 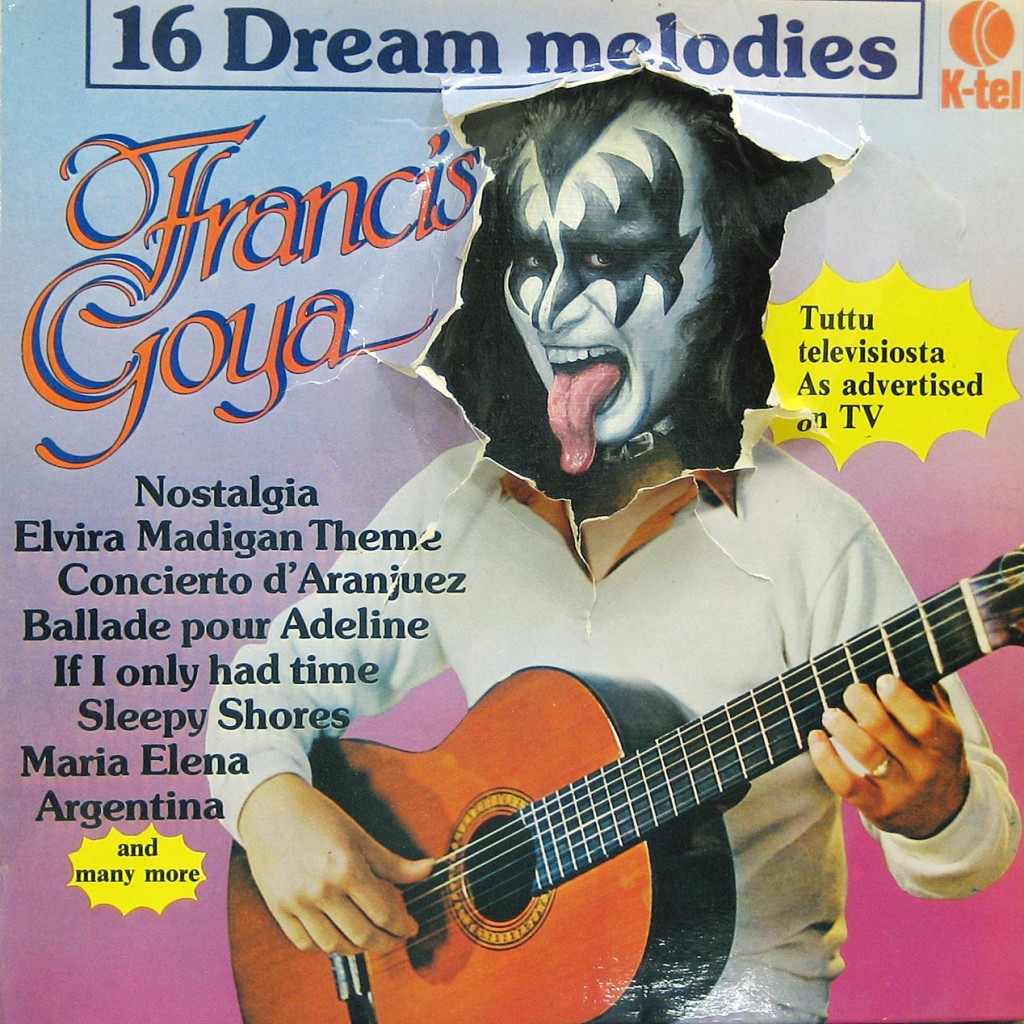 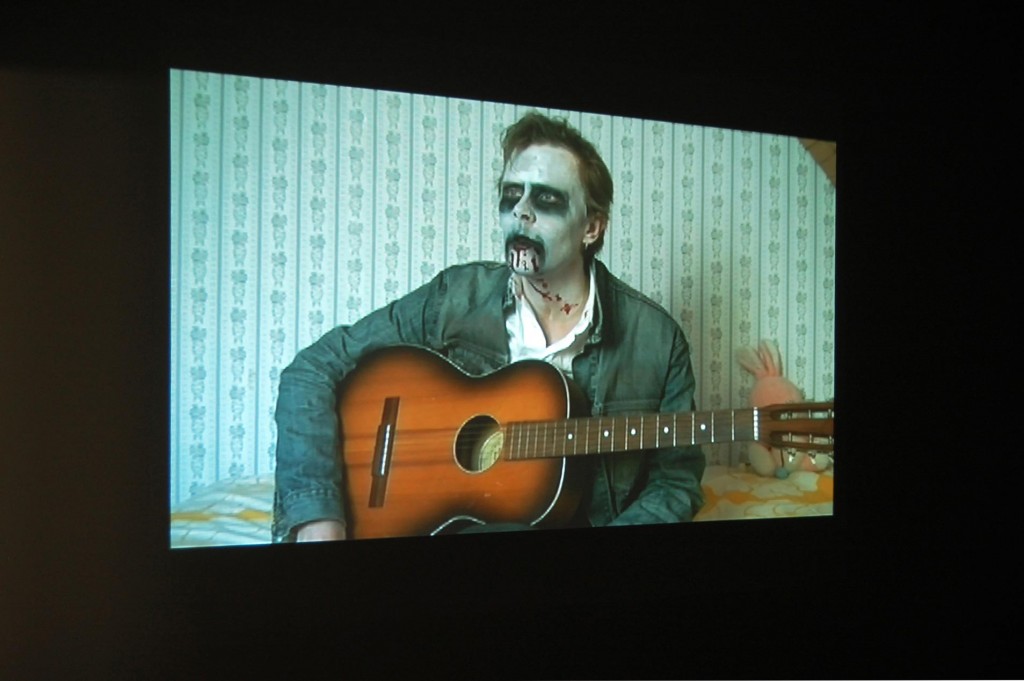 There is a place in heaven for me and my kind

Although Petri Ala-Maunus (born Finland 1970) is best known for his expansive production of awe-inspired sunsets rendered lovingly onto everyday objects, the keys that actually unlock his greater conceptual practice are music and popular culture incisively negotiated with satirical wit.

“Visual artist has never been my number one profession. I have always rather wanted to be a rockstar. Unfortunately I can’t sing, let alone play any instrument. I’m incompetent in music and too lazy to practise. But the sex, drugs and rock’n-roll lifestyle has always been very fascinating for me, a distant dream, which may be far from the truth. Endless tours around the world, and all you have seen in the end are hotel rooms. What a life! Still, to release a record is every boy’s dream. Like to build your own house is for every man. You have to make something of your own that will stay forever.

I’m almost 40, which means that I’m about 25 years late to start learning any instrument. That’s a fact. But a few years back I made a surprising discovery from an old c-tape of mine, a song which I have made when I was 16 years old!  I used to have a guitar, which I never learned to play or even get in tune. I made this one song, just wanted to hear what my playing sounded like. This year I decided to release the only song that I have ever made. It may be my last chance to feel even a bit like a rockstar. I don’t have time to learn to play any instrument, make songs, play live, release a single or CD. I want to go straight to the top. I want to release a tribute LP so that real musicians make versions of my song!

With this record, I have a feeling that I have achieved something in my life. I don’t know any other musicians who have made only one song in their lifetime and released a tribute LP from this song. I haven’t built my own house, but at least I have released a record!

I want to thank all the invited musicians for making my dream come true. They have turned my song into some really great versions, which make this record a true tribute to one boy’s teenage dream”. Petri Ala-Maunus (sleeve notes to the eponymous tribute vinyl LP, Oh Baby, Baby, Baby, Baby, 2009)

For the past ten years Ala-Maunus has hooked himself up to metal music and painted meticulous images from his imagination.  However, during this time he has also been gestating alternative subversive plans. Much of Ala-Maunus’ practice pivots around characterisations wherein he explores the potential of the melancholic lone outsider trapped within the confines of the social world. He has created a number of alter egos where he re-invents himself as a smooth, black-haired Tango King or a karaoke-singing Little Heidi.

In this new body of work, There is a place in heaven for me and my kind (made for his second mother’s tankstation exhibition), Ala-Maunus looks forward to his own past, re-inventing a new possibility for an old self.  He has invited favoured metal bands to re-create – or re-invent – his one and only musical composition, Oh Baby, baby, baby, baby. In addition to losing a projected self in the actualised imagined possibility of his own music, Ala-Maunus adds his passion for masked Mexican wrestling into the mix.  Much of Ala-Maunus’ time is spent developing work on international studio residencies and a recent period spent in Mexico is made manifest in the remarkable canvas, Metal Paradise, painted to the scale and almost in the manner of a grand history painting.  It depicts himself and ‘others of his kind’, clad in wrestling outfits and metal postures in a perfect Claudian paradise landscape. Other lost musical artistes from the real past are reconfigured by Ala-Maunus into his preferred conception of the musical present by his overprinting of their LP covers to attune them to his model metal world.

Petri Ala-Maunus has exhibited extensively, with recent exhibitions at The Romanian Academy, Rome; The Museum of Contemporary Art Kiasma, Berlin and Rauma Art Museum, Finland. Another recent project, Imaginary Examples of the Significance and Popularity of the Sunset in the History of Contemporary Art, is currently on show at the 80th anniversary exhibition of the Finnish Painters’ Union, at the Amos Anderson Art Museum, Helsinki. 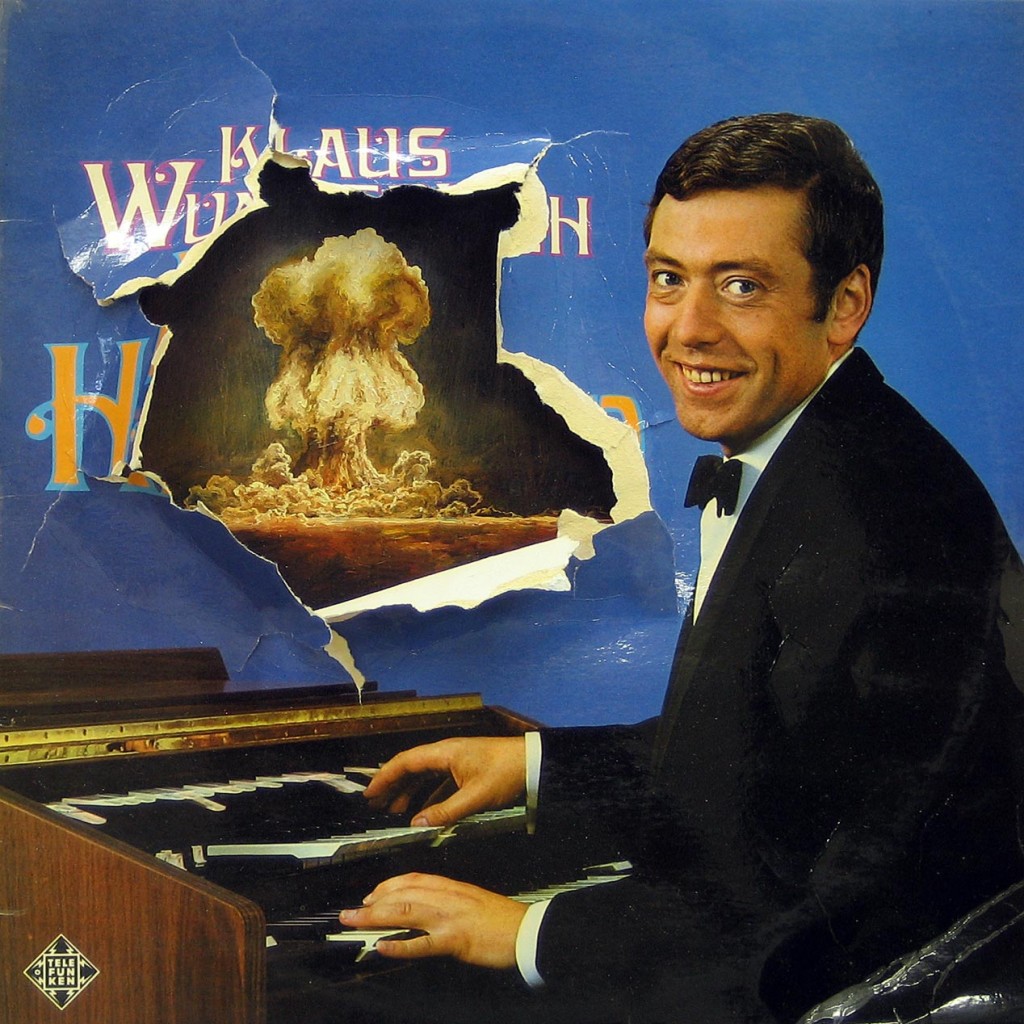 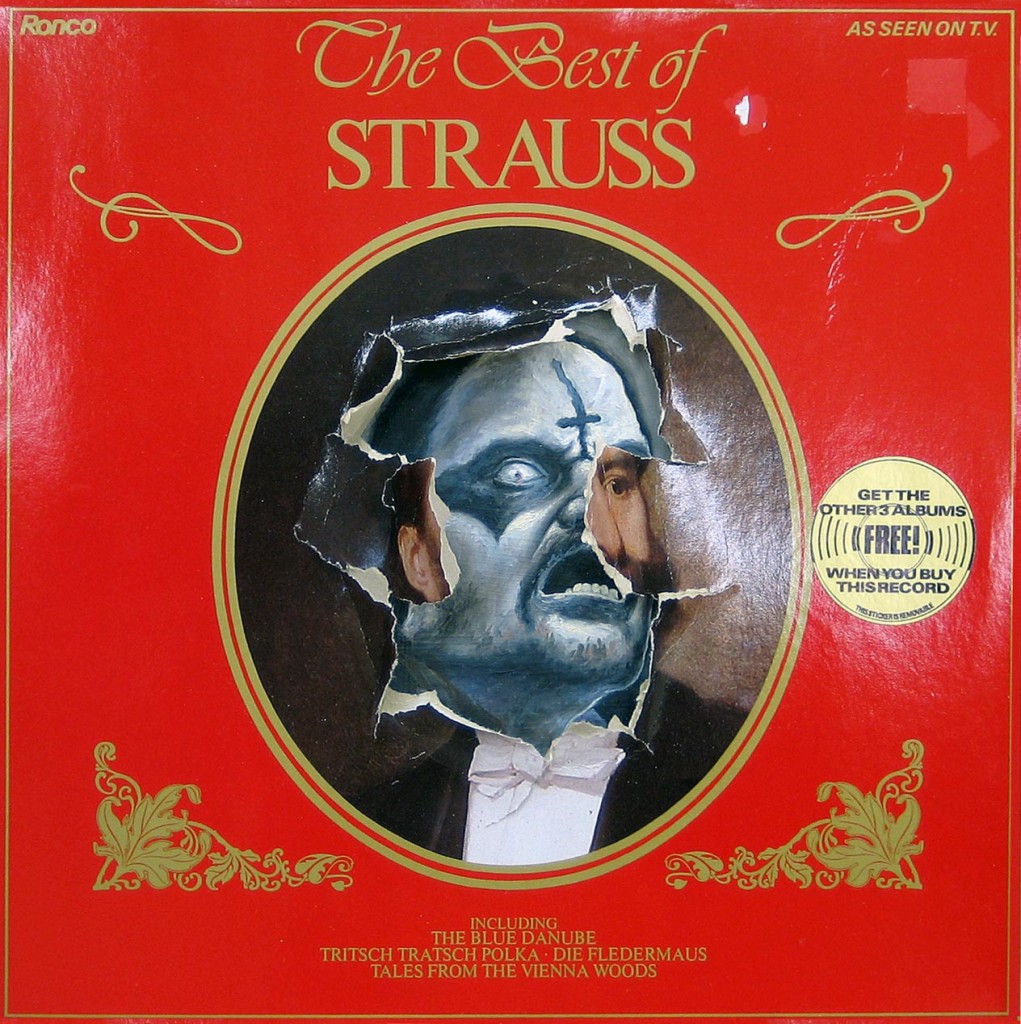 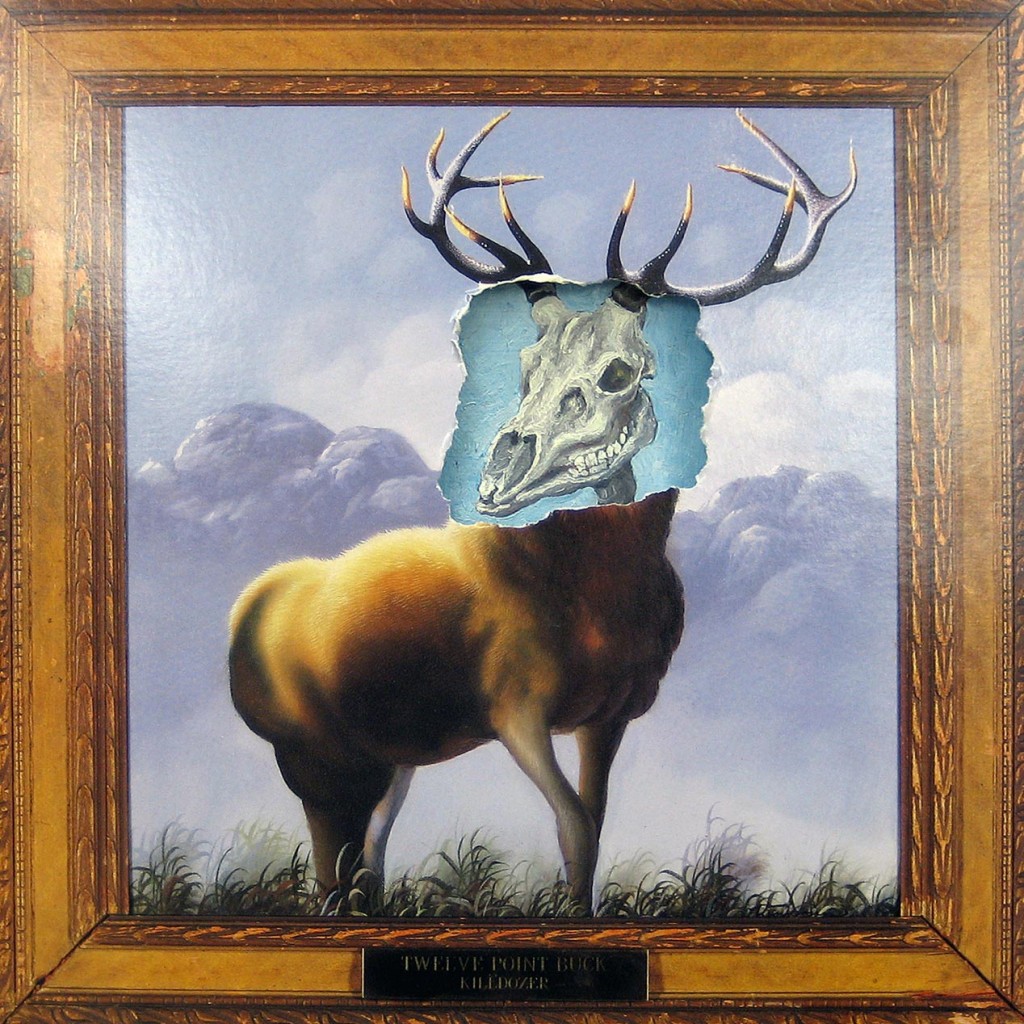