There is pertinent purpose, an exactitude (my auto correct wanted to take it to ‘penitent exactitude’ – which is also rather nice), not only to all of Prudence Flint’s painting, but to her apparently straightforward titling; The Visit, for her solo exhibition with mother’s tankstation, Dublin. My meaning being, that this is the first time since studying art history that we have composed a text about the work of an artist we have not met. Hhmm. Skype conversations don’t really count; they are as misleading as they are ‘leading’ – with the slippages of distance and crucial fractions of time impacting upon nuance, the reading of reaction and vice versa. A text communication from the artist beforehand to set up the cyber-date, is almost more revealing, as Flint writes (no emojis), “I just want to hear what your voice sounds like”. The thought is inescapable, that we have just heard hers.

Prudence Flint is indeed visiting from distance, almost as far as you can get in fact, from Dublin that is, before setting out on a journey back home. So it is ‘fortunate’ for us that the Melbourne-born and based painter, has knowingly or fortuitously laid a groundwork of insightful online interviews1, that give a strong sense of her established practice. Also given said distance (a hilarious German gallerist used to address letters to us, when we lived in Sydney, with deliberate irony, giving the country as “Australien”), hence much of the content of this is text is necessarily gleaned from extant sources and we may want to fine tune it more, next week, based on personal encounter. Curiously, Australia has a common phrase for this particular temporal/spatial worry; ‘the tyranny of distance’, which accounts for why an artist can have a significant practice and reputation in one continent and be a complete discovery/mystery to most others. That said, there is something in the absence of presence that suits the mood of Flint’s eerie world of soft pastels, flat geometric surfaces, distorted perspectives and bodily bodies…2

To compound, and slightly paraphrase a number of questions posed as statements, from collective interviewers to Flint, which establish an irrepressibly singular impression; [why has she, or, how does she feel about…] having spent the past twenty years addressing paintings of a single female in an interior, sometimes groups, and occasionally outside… [?] There’s a simple poetry in the concise, prosaic, colourlessness of this ‘factually flat’ description of Flint’s collective practice that, through a suitable sense of repression, facilitates the magical logic and understated richness, at the heart of her paintings. Their mood is perhaps best described as ‘other’, but with contiguous, associative, hints of many things; the mood of Australian filmmaker, Paul Cox, slimmer but equally bodily stylizations that nudge, but equally don’t, towards an ‘idea’ of the Columbian painter Fernando Botero, contrarily there are thoughts of the spare angularity of Alex Katz, touches of Dorothea Tanning (but less consciously ‘strange’), Paula Rego (ibid), the late pink clothing heads of Louise Bourgeois (better), the influence of the early Renaissance structures, faces, certainly fragmentary moments of the ‘lost’ paintings, of Fredrick McCubbin and the Heidelberg school, the haze of mid-Modern interiors, the colour compositions arguably have something of the strict regularity of Mondrian, but on Prozac… the list is long and none of it in any way accurate, right, as nothing actually looks or feels anything like a ‘Prudence Flint’, which is simply an extraordinarily rare thing to say. We hear what her voice sounds like.

As is clear, Prudence Flint’s painterly world is populated by women, whom, if they are doing, anything, it is little. Small things. The little they do do is also ‘ordinary’, of the everyday; sitting, lying, washing, grooming, daydreaming, back to sitting. And all ‘achieved’ with a detached, melancholic air of thoughtful, ponderous (?), slowness.  Flint’s scenarios are as meticulously designed as they are beautifully executed; “I’m interested in the curious swing of feelings of abundance to stoic neatness”. It’s shocking when people say things that you have never even thought of thinking. In The Fitting, 2019 (the “unruliness of bodies”, as Flint describes her figurative imagery), two women, in this instance, occupy space; one lying, the other sitting upon a bed, covered in a pattered blanket, into which neither figure apparently sinks, makes dents or any contact with the other – perhaps they are one-and-the-same-person, occupying different parts of the environment, in differing time continuums [?]. They both wear the same delicate pinky purple, matching bra3 and knickers. A bottle stoppered with a used candle stub, placed beside a slice of watermelon, both sitting atop a boxy, latticed side table, are the only contents of the room. A filmy drape, obscures objects through a window or doorway, in the top left-hand corner. Light comes in. Despite it’s strangeness the scene has both logic and structure; it is neither surreal nor real. In The Yard, 2019, the women, now three of them, gain various additional clothing; green socks, sensible shoes (they are outside after all), the front, seated figure4 wears a knee length skirt. All, you think, in addition or as add-ons to the predicated, shared basics, the fundaments of the ‘bra and knicker’ set, evident in The Fitting. The bottle has fallen over. Lost its candle it has. The watermelon has been joined by an orange. Stylized trees, planted into the ground like the central supporting bases of ‘Hills Hoists’, forest the yard (they are outside after all).

In the painting that titles the exhibition, The Visit, 2018, the three women (running anti-chronologically) are back indoors… full attired in neat skirts and what I assume to be cashmere sweaters, casual shoes. One with sandals. Three hairstyles are different versions of air stewardess ordinary neatness, a ponytail, shoulder-length-loose, a bun. Again the figure lying on the bed seems to float just above the pink cover, although leaving a dintless, weightless shadow. The boxy, latticed side table has transformed from orange to green, gained a pink upholstered cushion and becomes the seat for the conversationless visitor who stares into no space. The final figure, sits on the far side of the bed, but Flint’s extreme perspective almost forces her into another room, she is on her own, they all are. How do we read this? I did read something that tells me how I might; The interviews inform me that Prudence Flint initially studied design, but abandoned its product-oriented restriction for the dream painting, as design was about the categorization and determination of things, whereas the ambiguous freedom from prescription in painting, “doesn’t sell anything.”

1 Without knowing Prudence Flint, it is hard to tell if the interview format is Flint’s preferred mode of representation, if it’s merely coincidental or just one of those things that occurs in on-line media, where a successful form tends to shape the nature of others? But here are a number of examples:

Hall, Sarah, “Artist Prudence Flint in her own words”, The University of Melbourne: ART150 Celebrating 150 years of art, 2017
https://art150.unimelb.edu.au/articles/prudence-flint-in-her-own-words

2 “I’m trying to paint the feeling of being a body.”

3 Aside: Its an odd thing to say or write, but Flint’s bras are just wonderful, as exemplified in the 2015 painting, Sister.

4 Flint has noted; that were she a male painter, painting male figures, as indicative or emblematic of ‘humanity’, that no one would question it. Too damn right. 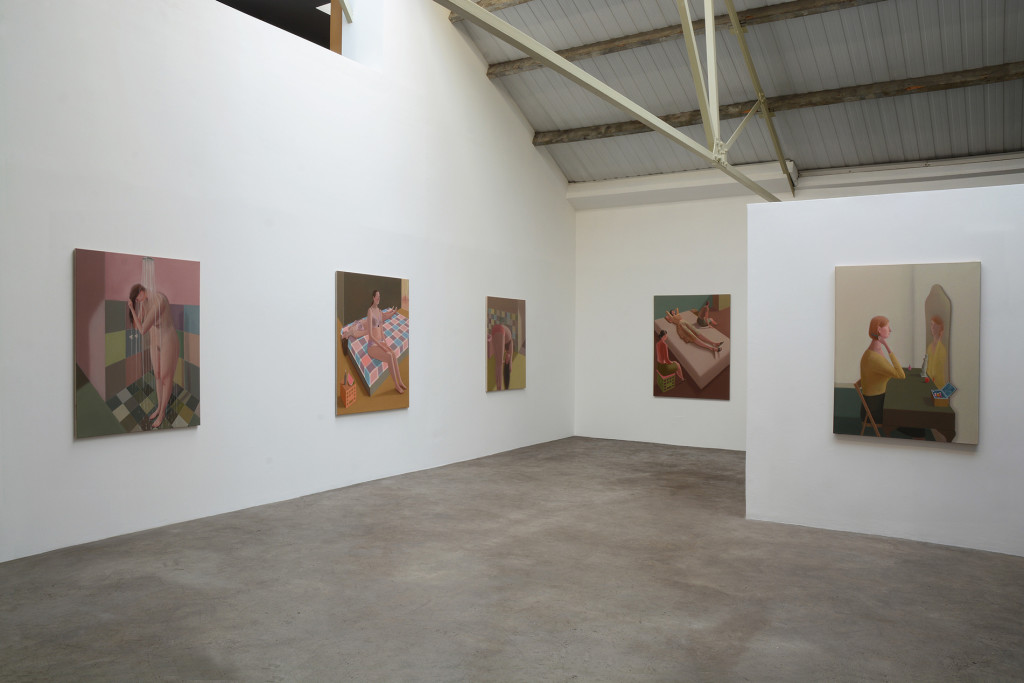 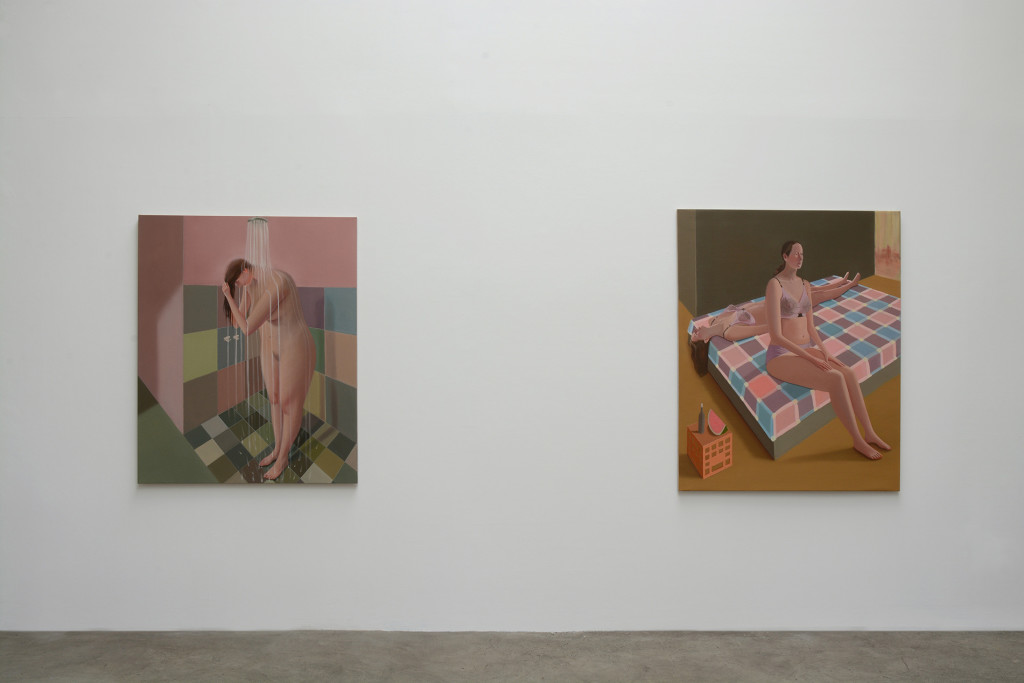 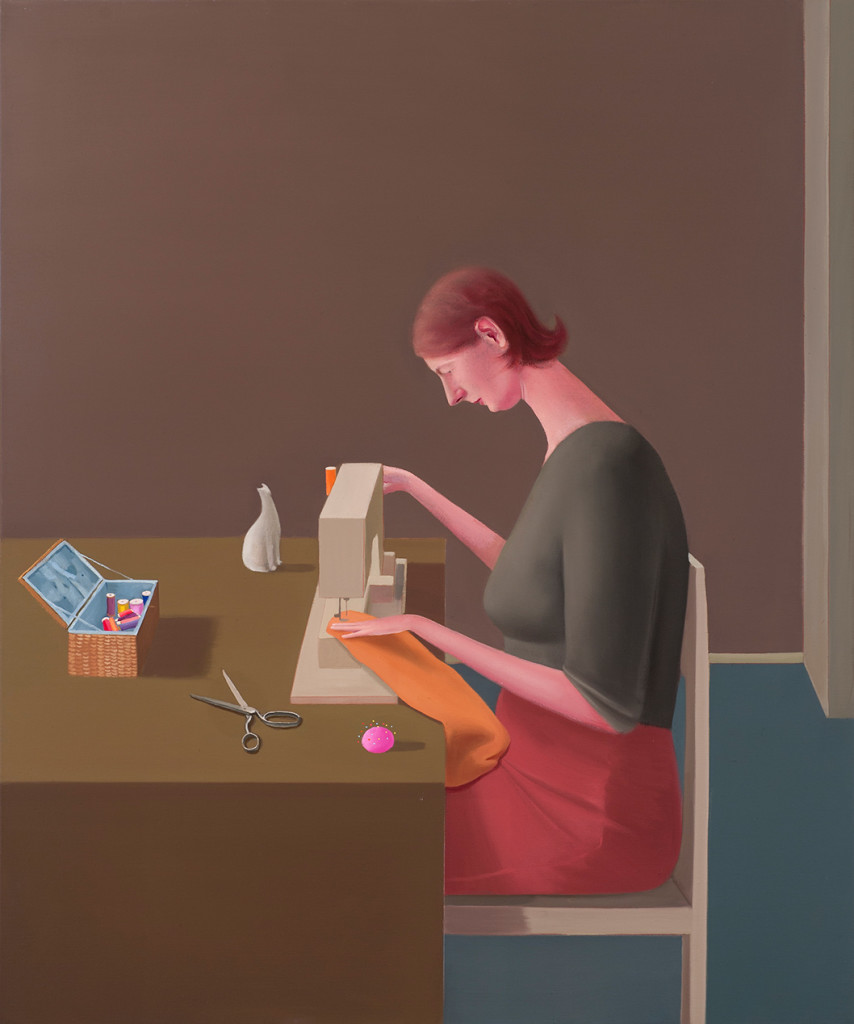 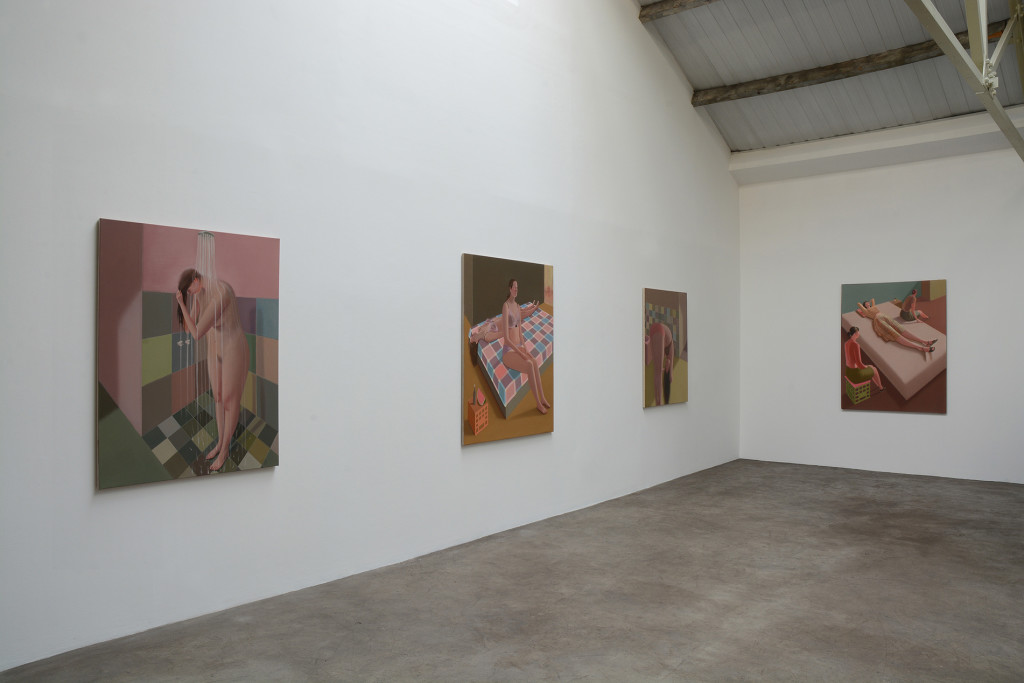 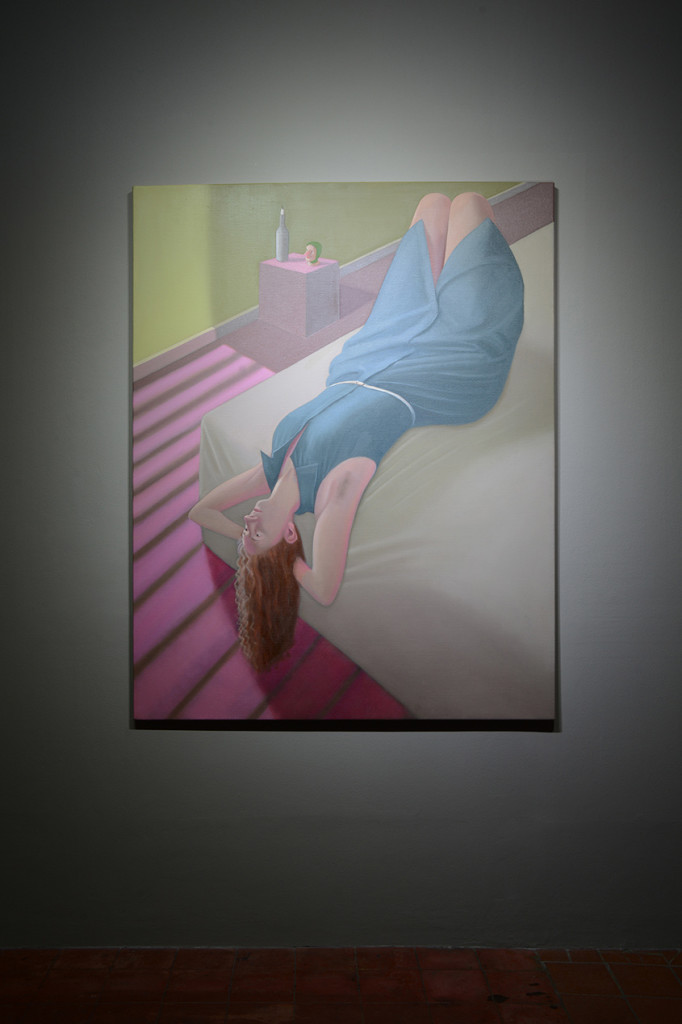 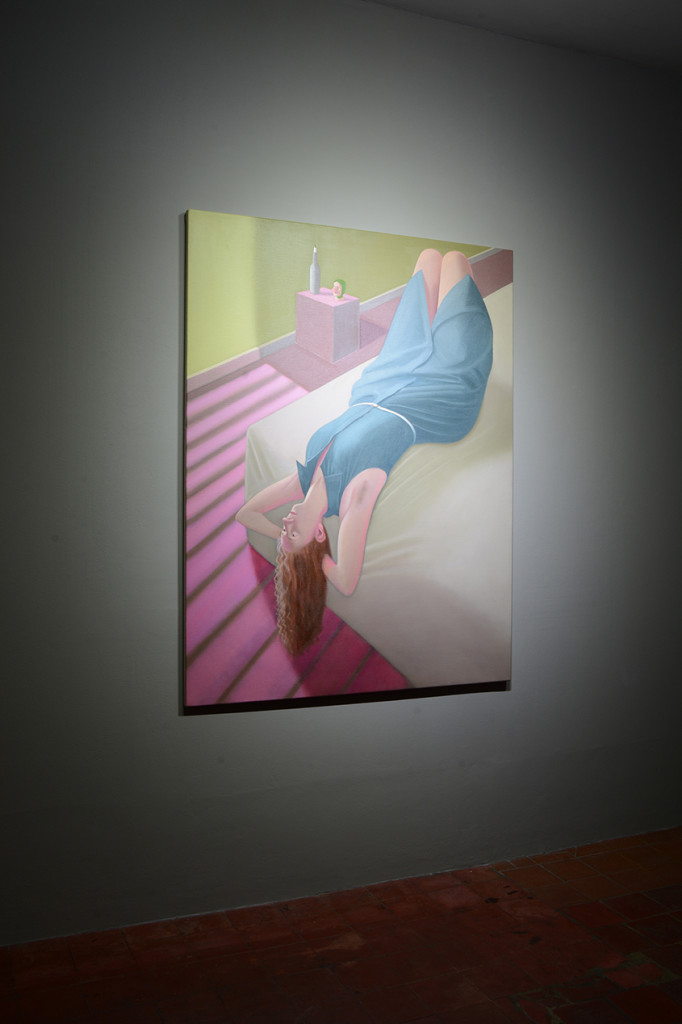 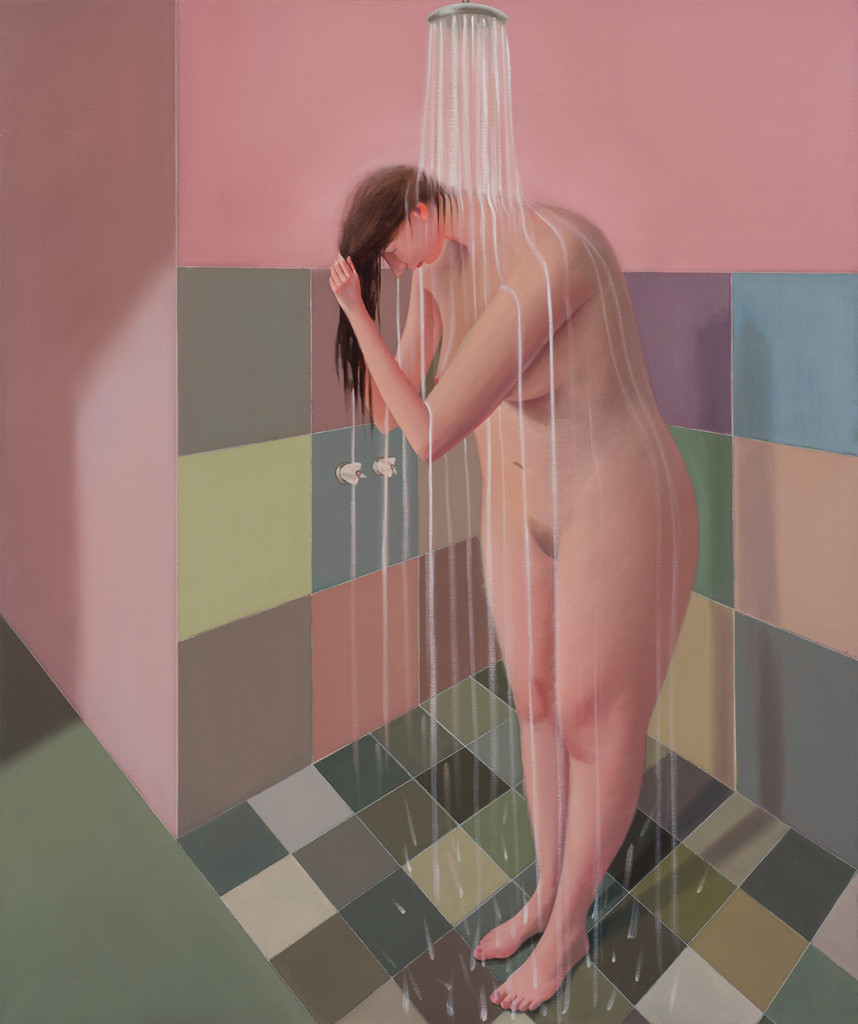 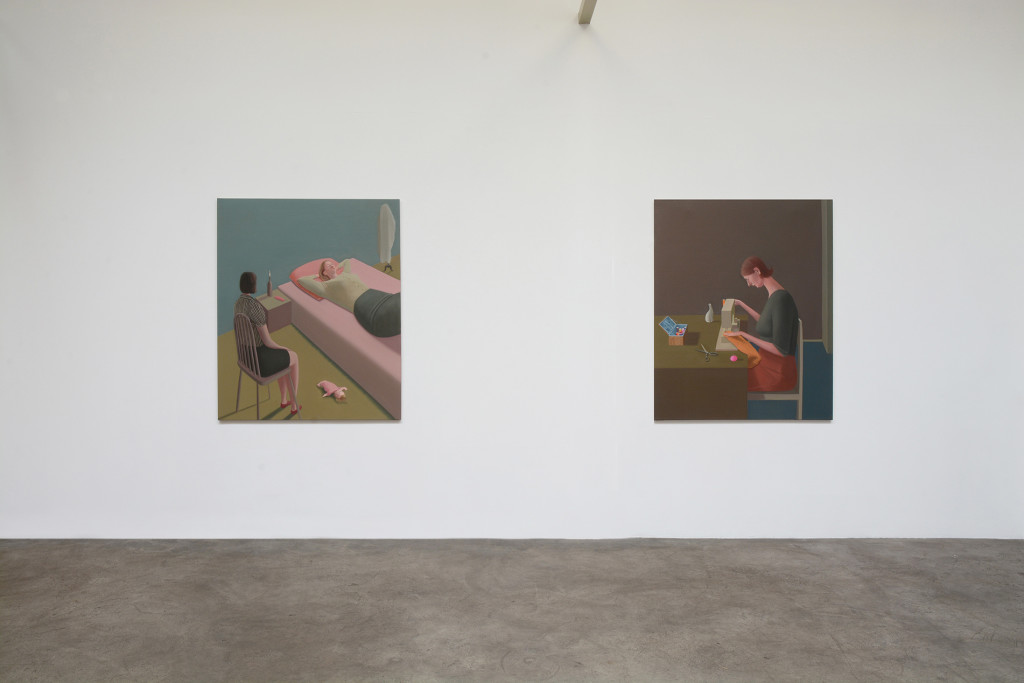 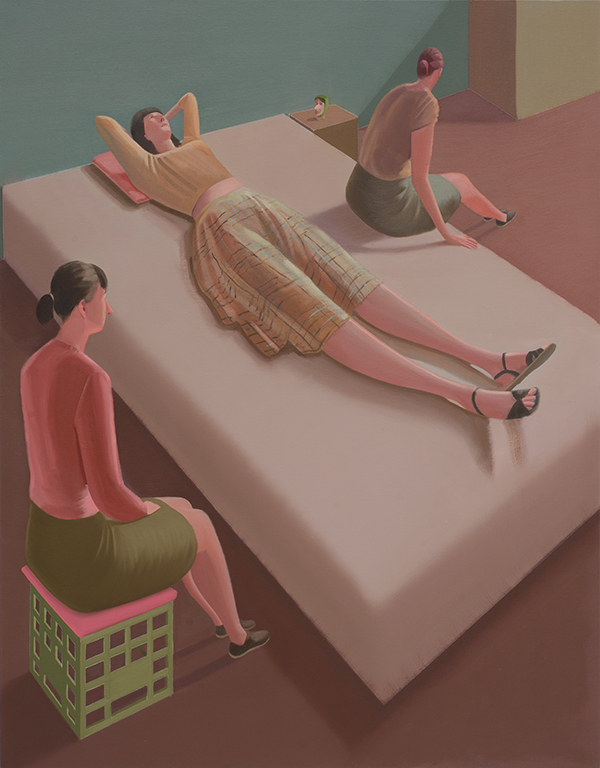 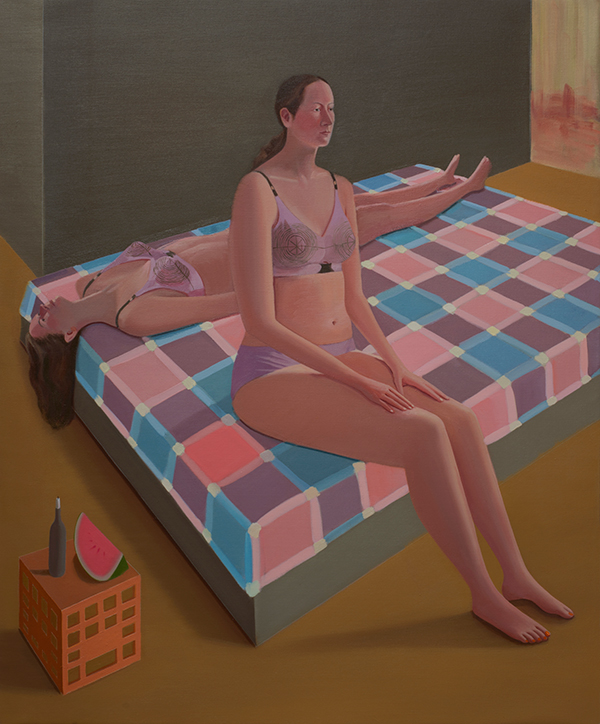 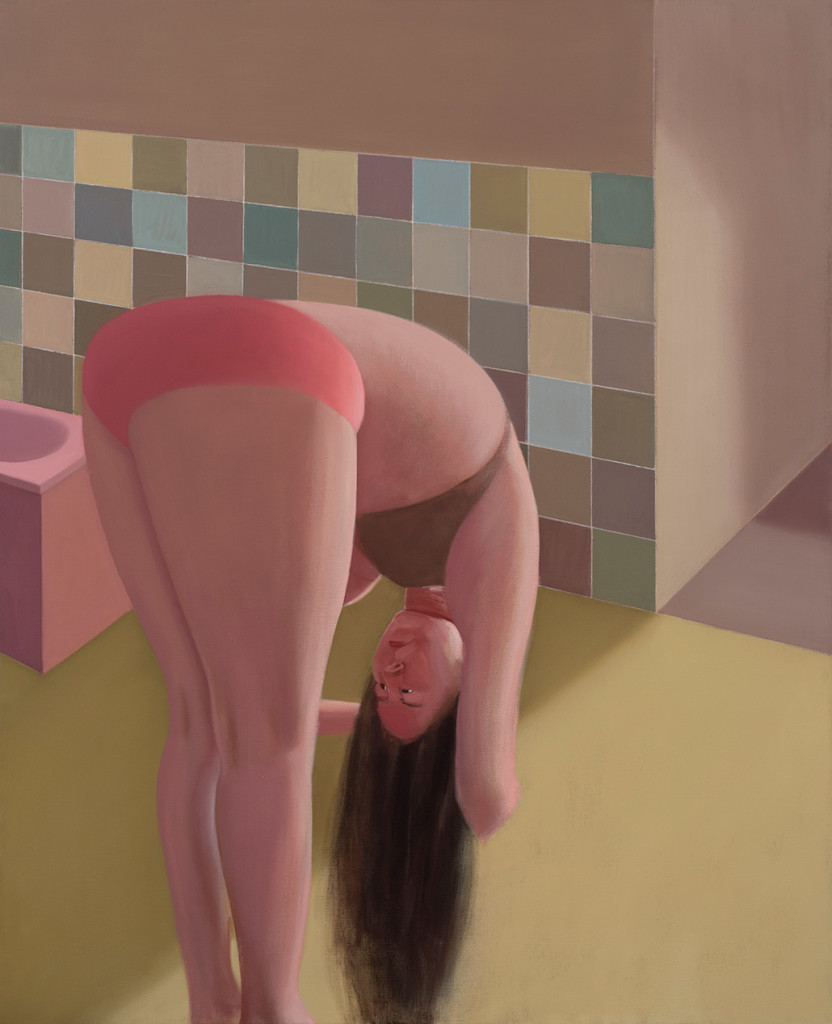 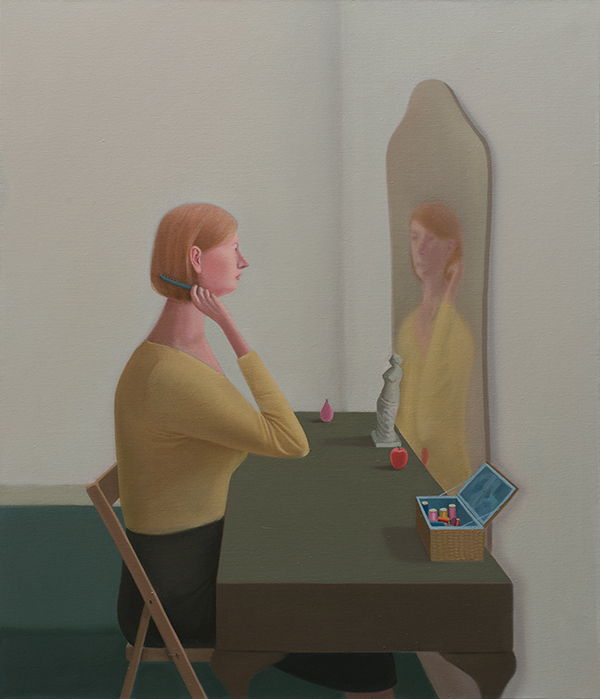 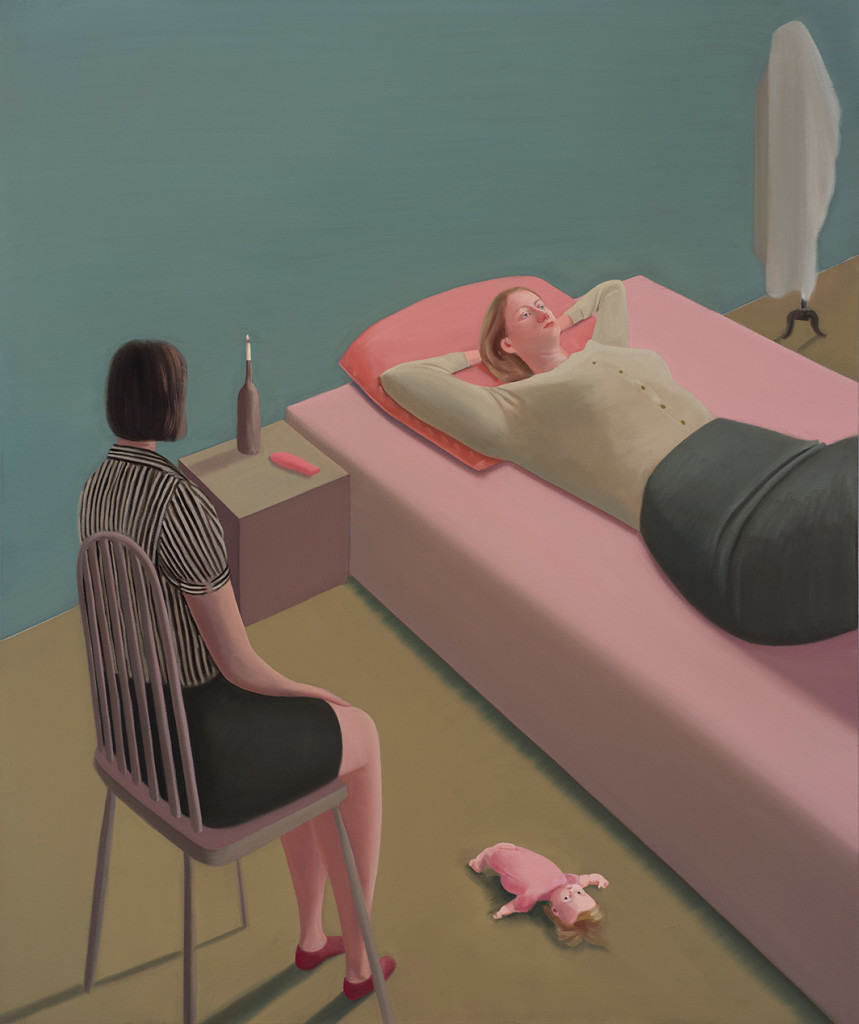 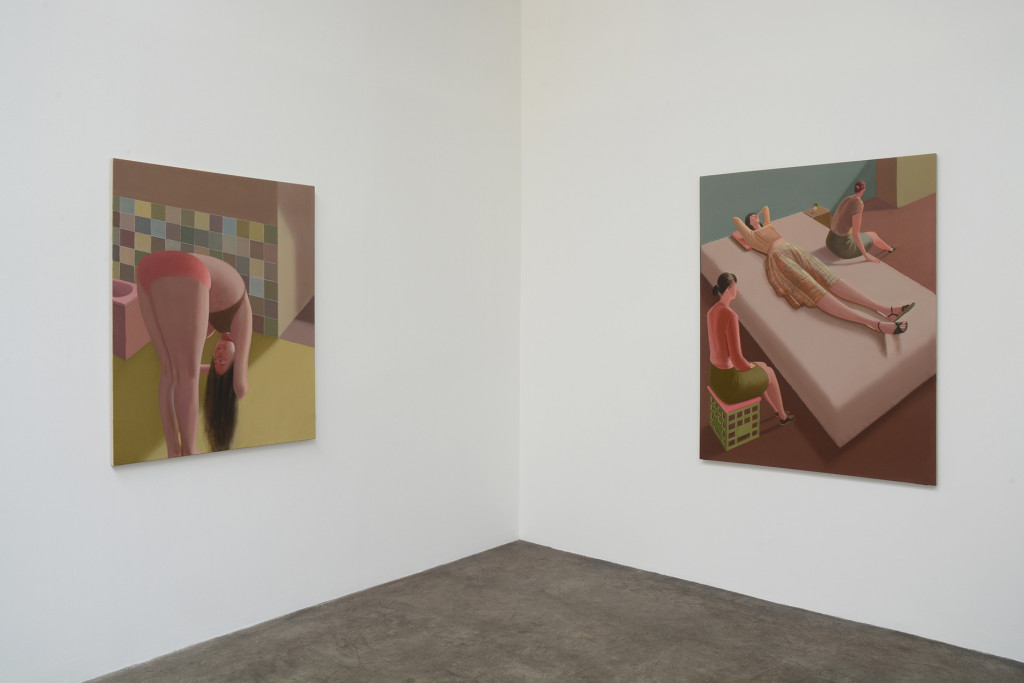 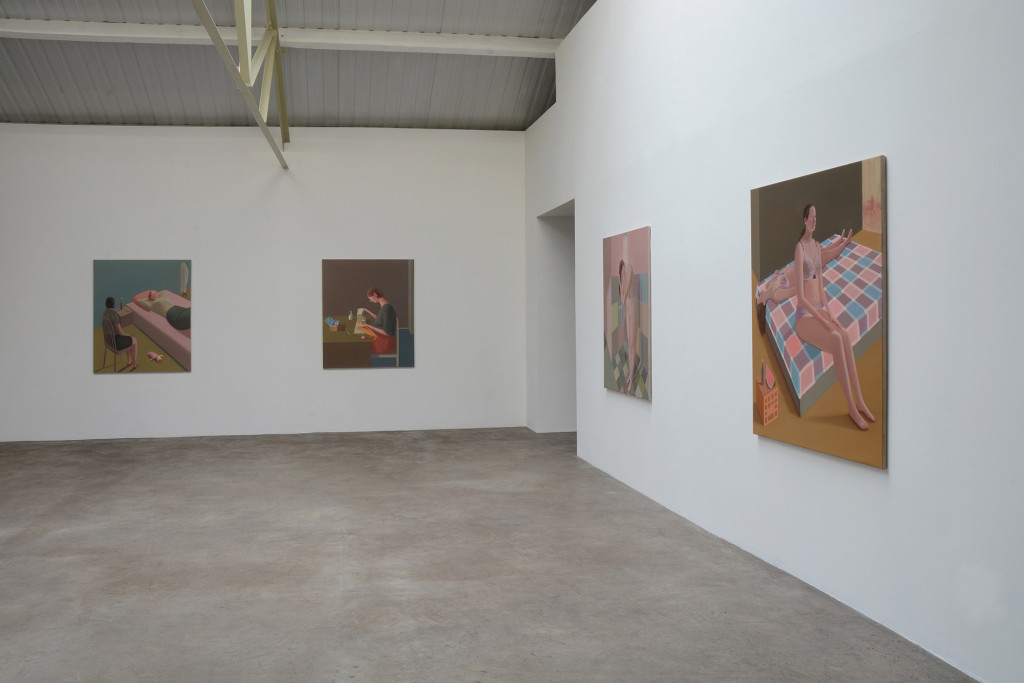