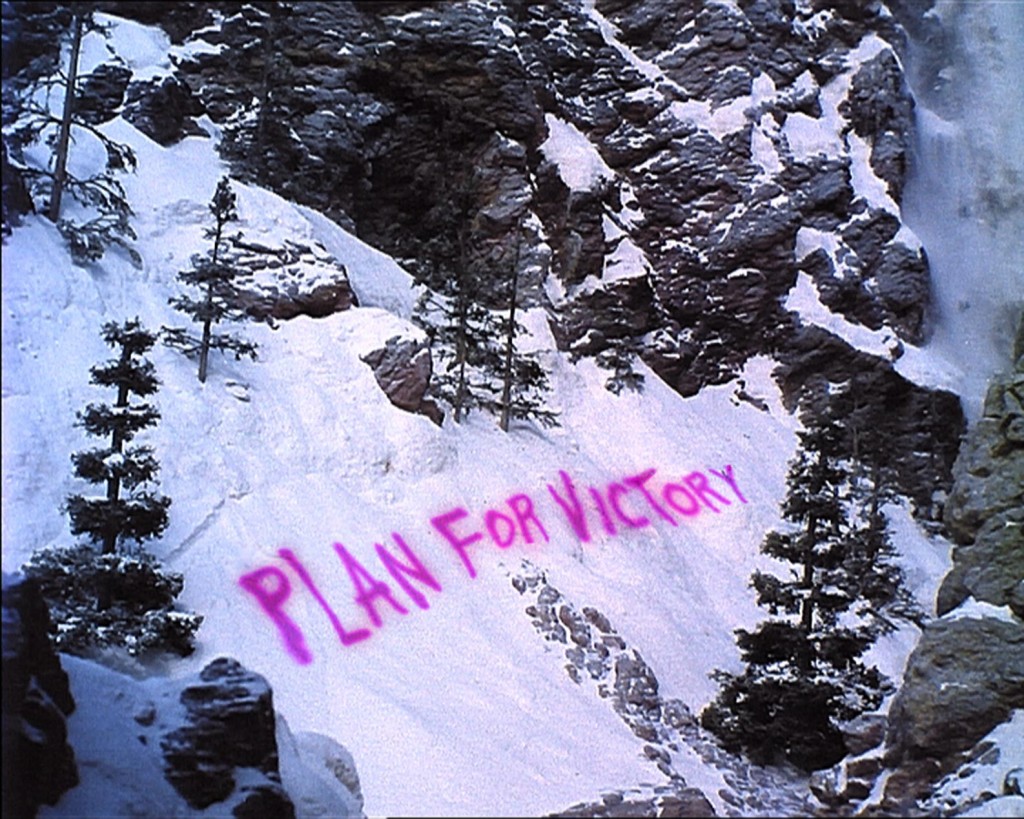 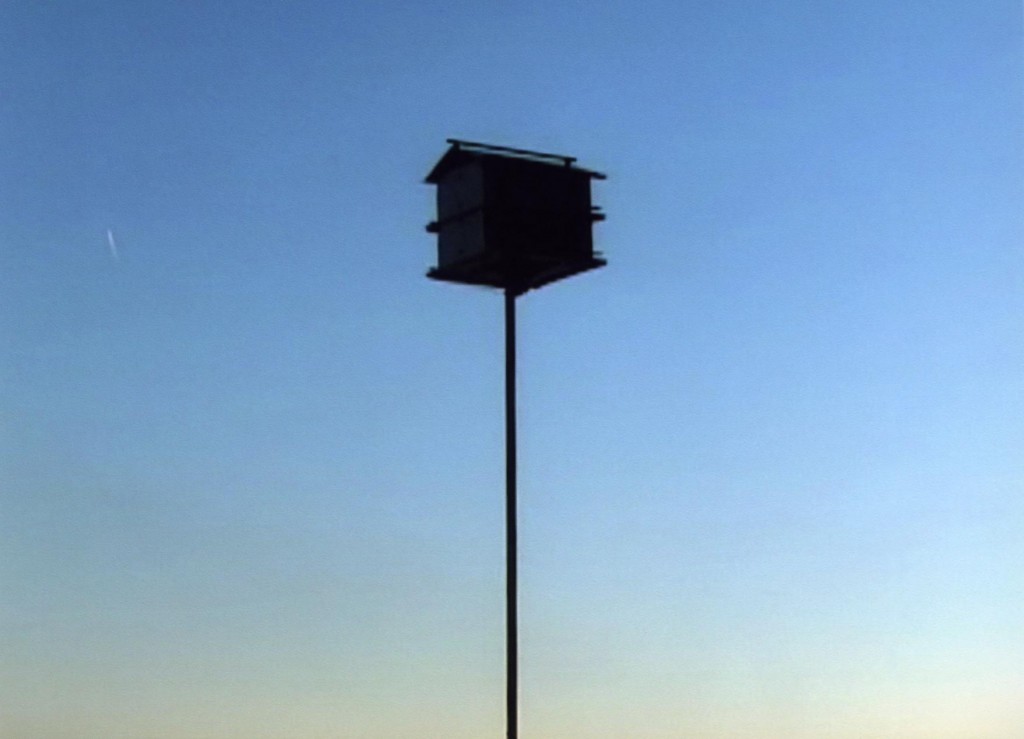 The last blue sky is a proposed group show of contemporary moving image works at mother’s tankstation, Dublin 10th January –10th February 2007. It is ambiguously titled to position the viewer somewhere uncertainly between optimism and pessimism.  Blue skies are the stuff of dreams (it is an interesting aside that sunsets appear blue on Mars), endless vistas of unfettered freedom, but what is intended by the qualifying designation “the last”? The artists included in The last blue sky are: Nevin Aladag, Thorsten Brinkmann, Ian Burns, Cliona Harmey, Hendrikje Khüne & Beat Klein, Elodie Pong, Michael Snow and Grace Weir.

The timing of the show places it in the darkest month of the Irish calendar, skies when seen, are usually between white and heavy grey. So does the “last” blue sky nostalgically refer to some idyllic summer month, located only in middle-distance memory? Or does it more apocalyptically suggest that we may never see another such sight again, the end of the world as we know it!  Whichever, we can be certain that a heightened sensation is implied, a greater than usual appreciation of something as ordinary as a blue sky.  What is so special about it anyway, over and above the phenomena of short wavelengths of sunlight privileging the blue end of the colour spectrum? Why should this capture our imagination, giving hope and a sense of space and possibility? It’s worth exploring some of the other associated meaning to the phrase to aid the understanding of our emotional over rational response to the blue sky.

The increasingly common term, “blue sky thinking” refers to the consideration of the broadest range of theoretical or hypothetical possibility, thus must we be open enough for the show title to suggest such a range of extreme possibilities? Blue sky laws, at least in South Carolina, restrict the products that can be purchased on Sundays, alcohol for example – stock up on Saturday! Elsewhere, but not as far as Mars, Blue sky laws refer to a broad range of things, such as open bidding on government contracts, holding town council meetings open to the public, and even the restriction of mass public gatherings… Google blue sky and it will bring you to the extraordinary website of the cloud appreciation society, filled with pictures of beautiful or unusual cloud formations (including one that looks like the Virgin Mary), and featuring a cloud of the month, the site sets out to counter what it calls ‘the fascism of blue-sky thinking’ [?].

Things are never as simple as they initially seem, and similarly the works selected for this show can on first encounter appear either open-endedly sublime, everlasting dreams of endless days, or suggestive of imminent end, but all share an opposite possible reading, thus can be deemed optimistic or pessimistic, depending largely on the viewer’s state of mind.

An example may prove useful; Ian Burn’s Colony Cam shows a lonely, distant flag guttering in the wind. The surrounding landscape is either dessert or a desolate polar region; it is either a moment of patriotic bravado, a territorial claim, or the leftover of a cataclysmic event. Either way, no one is left. On close inspection of the installation the scenario is actually the real-time relay of a tiny camera mounted on the wall which films a cocktail stick ‘windblown’ by a fan. Neither pathos nor bathos can claim precedence here. 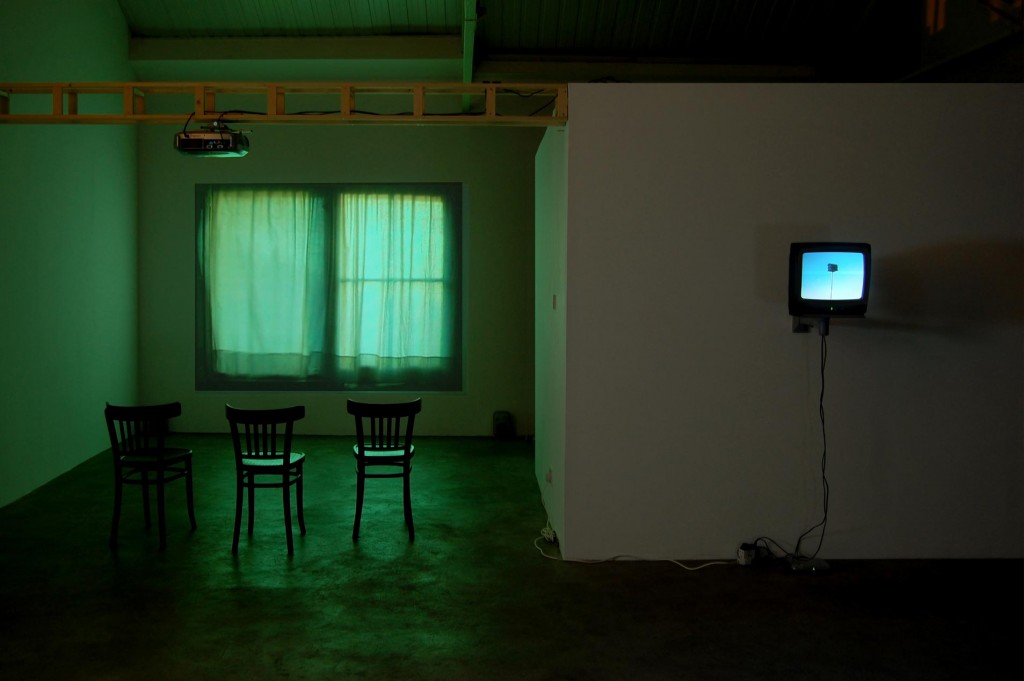 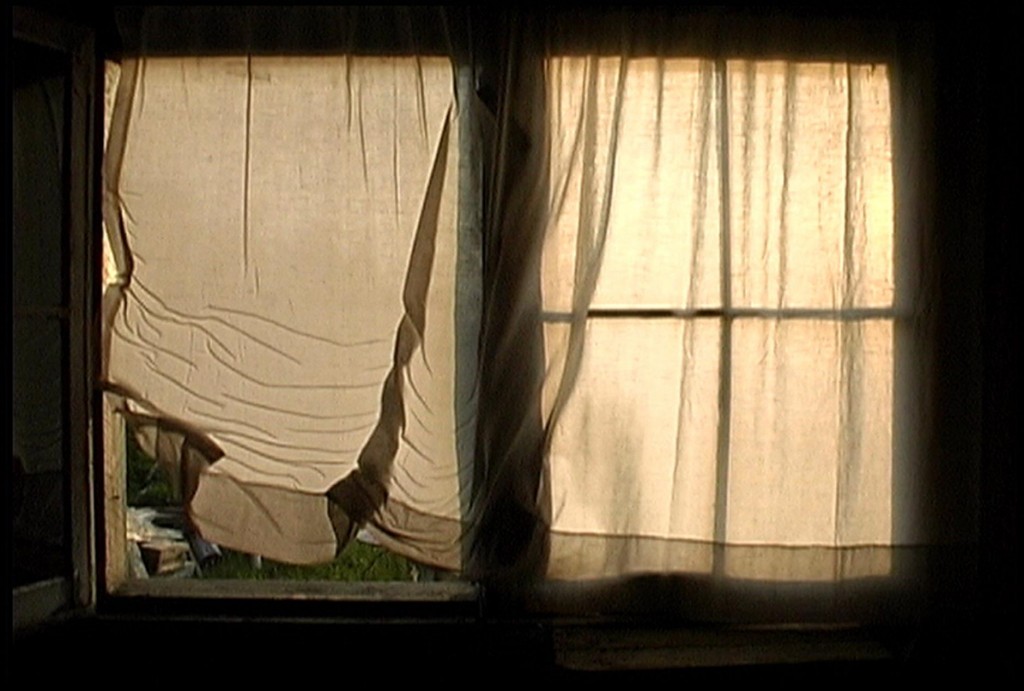 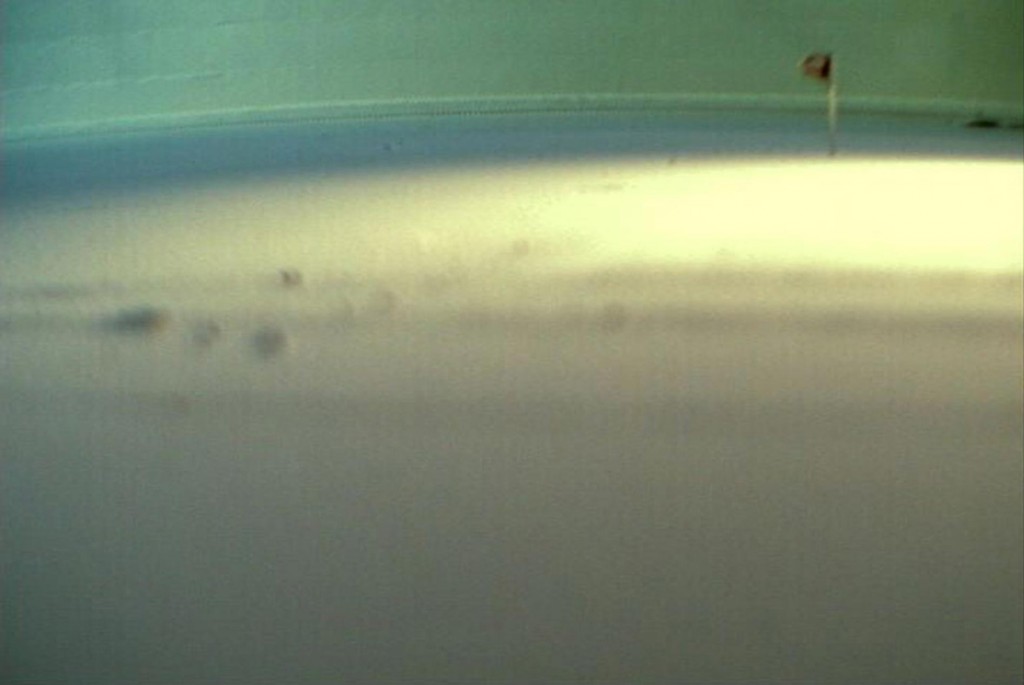 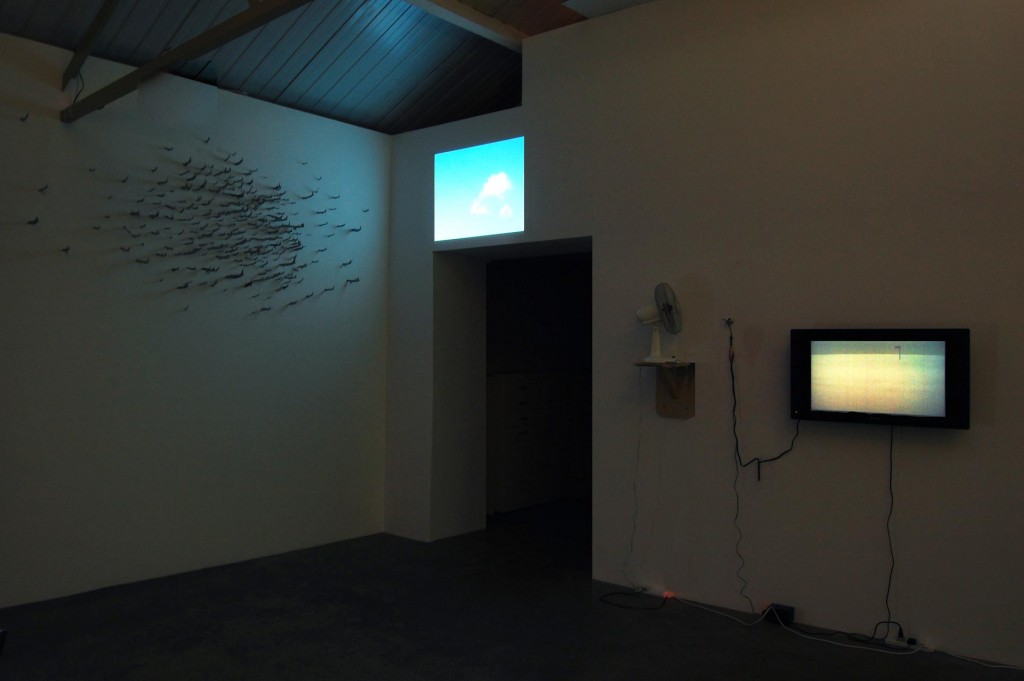 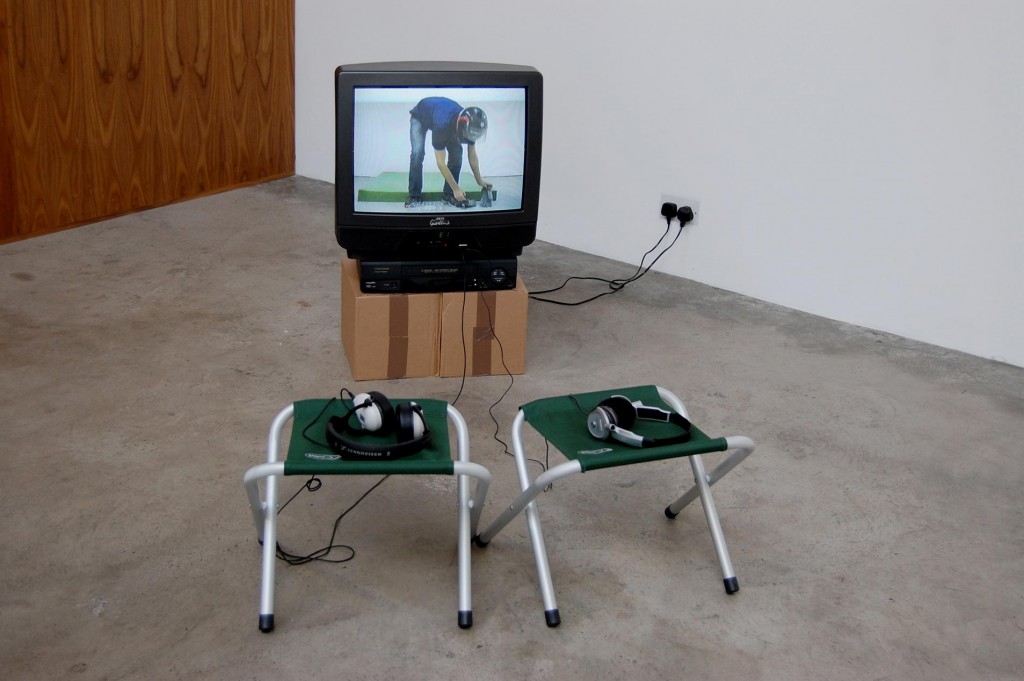 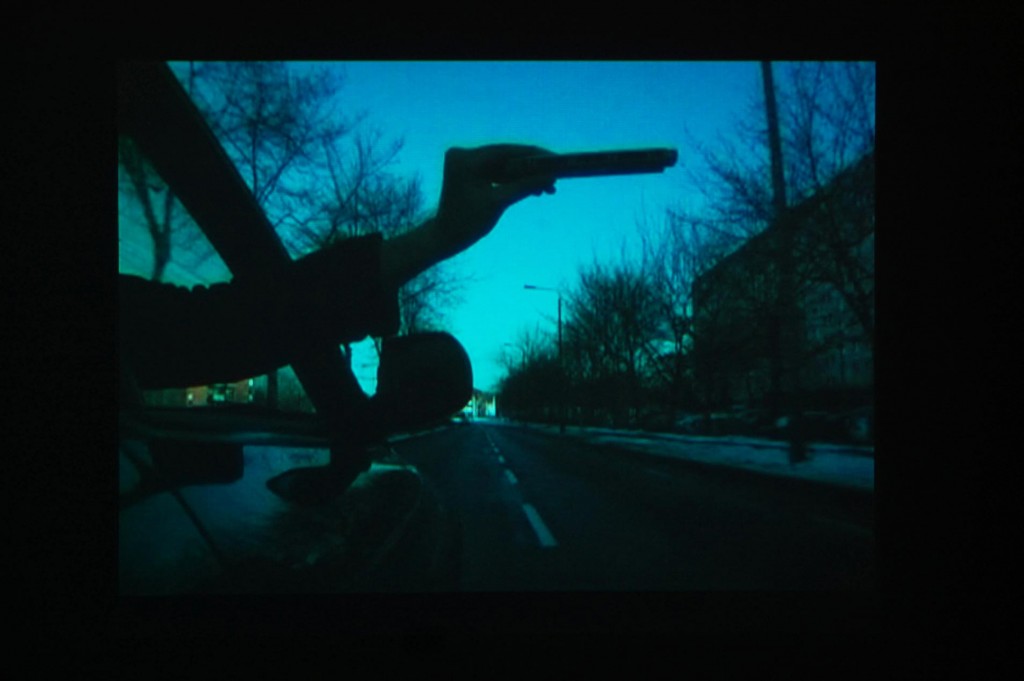