Gorillas, horses, frogs, herons, and other animals have always held a valued role in Mairead O’hEocha’s paintings. In this new body of work the birds and beasts that find themselves enclosed in museum dioramas are celebrated, anatomised and commemorated. But it is not only the animal species that are represented, it is the entire artifice of their reproduction through taxidermy, and subsequent display in museum cabinets. O’hEocha’s depictions of the dioramas in Dublin’s Natural History Museum (or Dead Zoo)(1) bring to light an important balance in her constituent subjects and their contextual arrangement. Where previously O’hEocha’s representation of animals was encoded within her broader visual lexicon, the animals now fully occupy the frame, gesturing to the viewer on their own terms. This is impossible, of course, as the animals’ gestures are appealing precisely because of their oblivious regard for the viewer. O’hEocha’s selective compositional approach to painting reflects the meticulous arrangements of taxidermied animals in constructed artificial environments, and her ongoing engagement with representation and image-making highlight important issues about accepted institutional forms of presentation. O’hEocha goes beyond the urgency of current environmental concerns to present artworks that chart human anxieties, such as fear, desire and control(2). The paintings ask how we can better acknowledge the limitations of archetypal conventions of display, while also celebrating the complexities of representing the natural world today.

John Berger has compared the repetition of viewing a conventional gallery exhibition to the anticipated disappointment of visiting a zoo(3), and O’hEocha here acknowledges, subverts and reflects on the limitations of display. For the first time, she will show monochromatic ink drawings on paper that situate improvised and varied techniques of drawing alongside exacting and distinctively prismatic oil paintings on board and canvas. The drawings show monkeys and birds unbound from display cabinets, and the free-form, accumulative installation teases the animals to leap from one sheet of paper to another, defying the prescribed limitations of the museological ordering system(4). It would be a shame at this point to ignore that the art gallery, its visitors and its windows facing the busy city street reflect a parallel menagerie.

Natural History museums in the 21st century have a precarious position in the public eye. While they offer valuable scientific data that promotes progressive attitudes towards the natural world in an era of climate catastrophe, they are also residual embodiments of colonialism, hierarchical classification and cataloguing, and economic exploitation(5). Referencing Donna Haraway’s critique of the American Museum of Natural History, Catalina Lozano claims that representation of animals in museum dioramas ‘reproduces a narrative of dominance, a second defeat over the dead animal’ (6), and that the displays create a ‘permanently specular image, a ghost’(7), whose imitation of life is extended indefinitely.

The exhibition title, Tale Ends & Eternal Wakes, echoes this state of suspension, or undetermined afterlife, in which the moment at the cusp of death is prolonged and made visible to all. Maeve Connolly has described O’hEocha’s paintings as ‘deliberate compressions of time’ (8), which is inescapably contrary to the display of the ‘denaturised’ subjects she paints. The ‘naturalisation’ of museum dioramas, their quantifiable value systems, and directed single viewing perspective, are a palatable means of rationalising the joyful and complex intangibility of nature. O’hEocha’s paintings are closer to the sublime disorder of the natural world in all its profound and perplexing splendour(9).

In an essay on fly-tying and representation, artist Joseph Grigely shares an old fishing secret: ‘its not the image alone that matters, but the way the image moves’ (10). This poetic analogy revealssome of the contemporary complexities around representation, and we know superficial caricatures are not a substitute for the real thing, particularly when considering the natural world: ‘It’s not so much about imitating flies as it is about creating desirable fictions’ (11). Rather than relying on representation, like the museum dioramas, Mairead O’hEocha appreciates human and sensory responses to ideas of nature through subtle decisions about form and gesture, such as the absolute stillness of an antelope or the reflective iridescence of a kingfisher’s wing. By simultaneously drawing us into the cabinet, and pulling the animals outside of it, back into the real world, O’hEocha’s exhibition prompts us to reconsider the entire dynamic between object and viewer.

1 Also known as ‘The Dead Zoo’, the National Museum of Ireland – Natural History’s 10,000 exhibits provide a glimpse of the natural world that has delighted generations of visitors since the doors opened in 1857. The building is a ‘cabinet-style’ museum designed to showcase a wide-ranging and comprehensive zoological collection and has changed little in over a century. https://www.museum.ie/Natural-History/Visitor-Information/Things-to-See-Do

2 ‘Whenever a human being confronts a living creature, whether in actuality or in reflections, the ‘real life’ animal is accompanied by an inseperable image of that animal’s essence that is made up of, or influenced by, pre-existing individual, cultural, or societal conditioning’, Elizabeth Atwood Lawrence, “The Sacred Bee, the Filthy Pig, and the Bat out of Hell: Animal Symbolism as Cognitive Biophilia”, in The Biophilia Hypothesis, ed. Stephen R. Kellert and Edward O. Wilson (Island Press, 1993)

3 ‘Visitors visit a zoo to look at animals. They proceed from cage to cage, not unlike visitors to an art gallery who stop in front of one painting, and then move on to the next or the one after next. Yet in the zoo the view is always wrong. Like an image out of focus.’, John Berger, ‘Why Look at Animals?’, in About Looking (Penguin, 1980)

4 Jorge Luis Borges’ short tale, Fauna of Mirrors, tells of the mirror creatures who, due to the actions of men, are imprisoned within an alternate realm of the mirror. The myth states that over time, the trapped beings will recover their power, ‘break through the barriers of glass and metal and this time will not be defeated.’, Jorge Luis Borges, ‘Fauna of Mirrors’, in Book of Imaginary Beings (Penguin, 2006)

5 In a recent news article, Nigel Monaghan, Keeper of Dublin’s Natural History Museum advocates for natural history collections as ‘key to understanding biodiversity over the last few centeries.’, Juliana Adelman, ‘New science in old places: museums are crucial part of scientific research’, The Irish Times, Tuesday, January 7, 2020. Writer and curator, Rachel Poliquin, on the other hand, has described some of the contemporary criticisms of museum collections and displays: ‘Museums with nineteenth-century roots have been criticised as complicit with the colonial project, and their collections branded as imperial archives…in a Discovery Channel age, when wildlife videos can bring living, breathing, fighting, mating creatures into everyone’s home, no shooting or stuffing required, filling darkened halls with dead animals seems – to some – almost perverse’. Rachel Poliquin, ‘The Matter and Meaning of Museum Taxidermy’, in ANIMALS: Documents of Contemporary Art, ed. Filipa Ramos (Whitechapel Gallery and The MIT Press, 2016)

9 Charles Wolfe argues that ‘Nature can only be grasped as such in various localised, constructed, indeed artificial environments’ such as zoos, parks, and museums. Charles Wolfe in conversation with Olivier Surel, ‘On the Aestheticization, Institutionalization, and Dramatization of the Concept of Nature’, in Theater, Garden, Bestiary: A Materialist History of Exhibitions, ed. Tristan Garcia & Vincent Normand (Sternberg Press, 2019). He is referencing Denis Diderot’s romantic description of the natural world outside the display case or enclosure: ‘Whichever side we approach it from, we find masses (clusters, heaps) which transport us with admiration, groups which call for our attention in the most surprising manner’, Denis Diderot, ‘Cabinet d’Histoire Naturelle’, Œuvres completes, ed. H. Dieckmann, J. Proust, and J. Varloot (Hermann, 1975). Translation by Charles Wolfe. 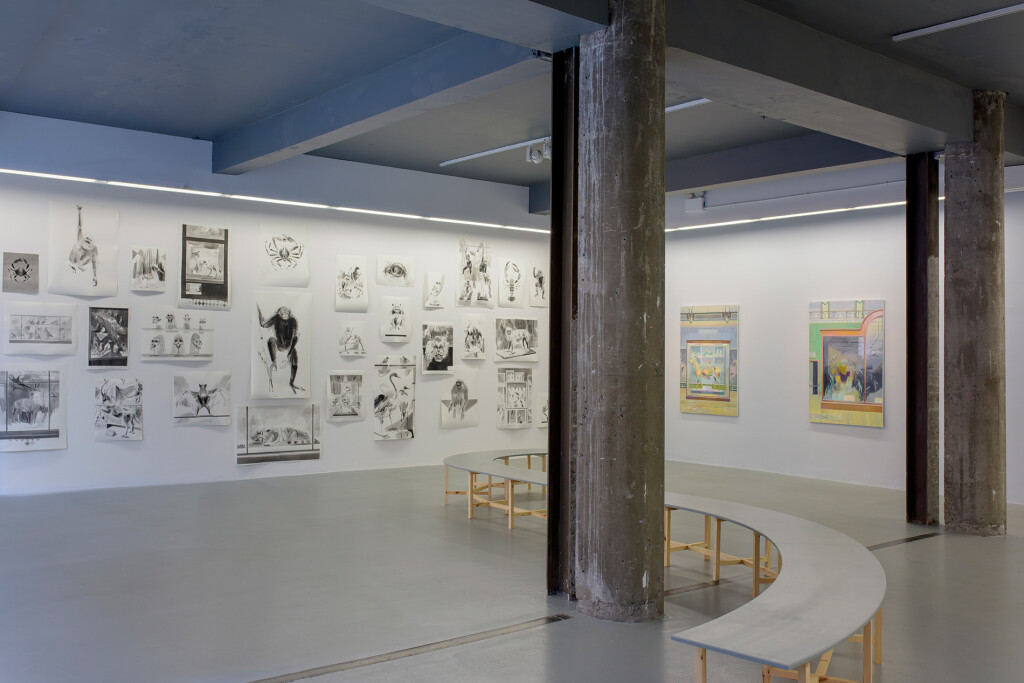 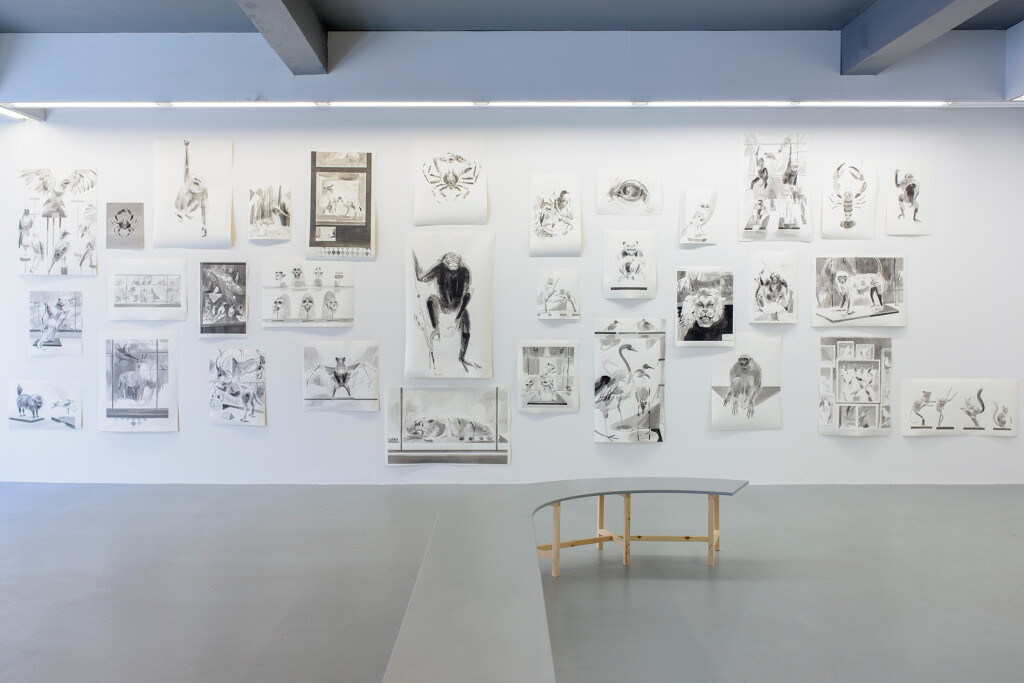 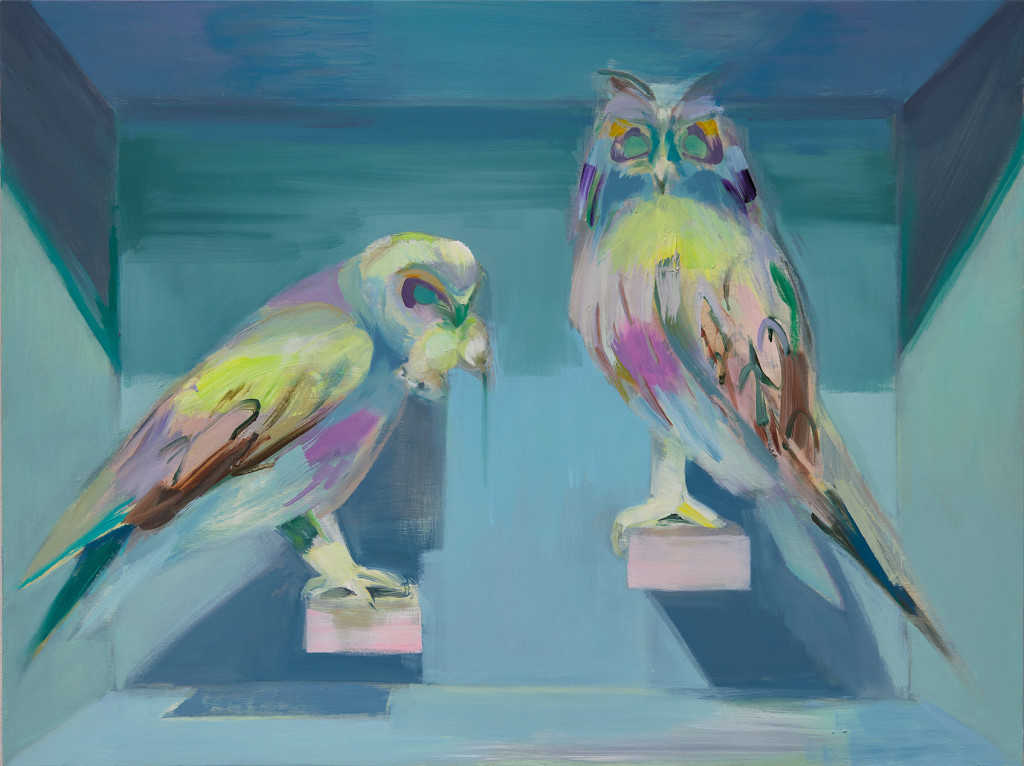 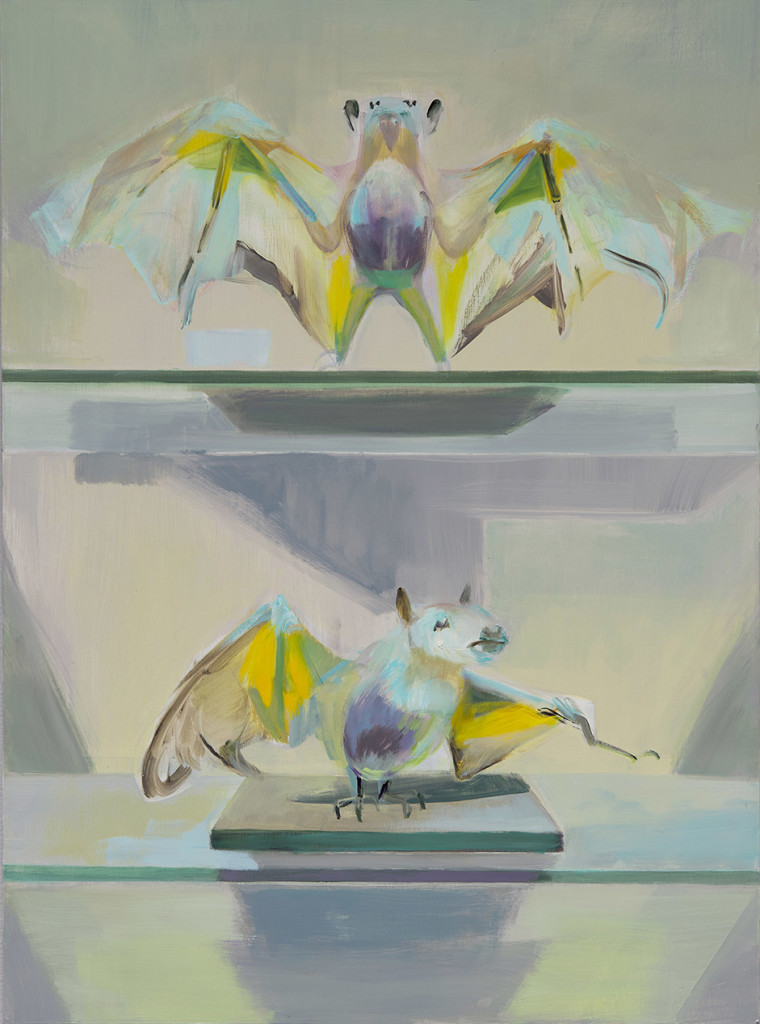 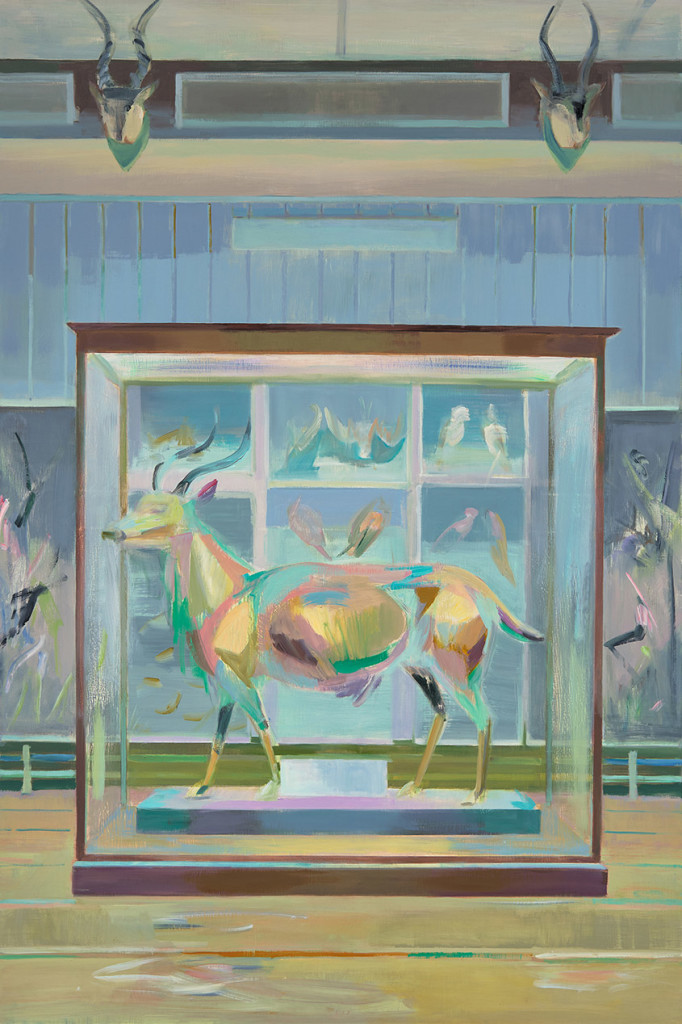 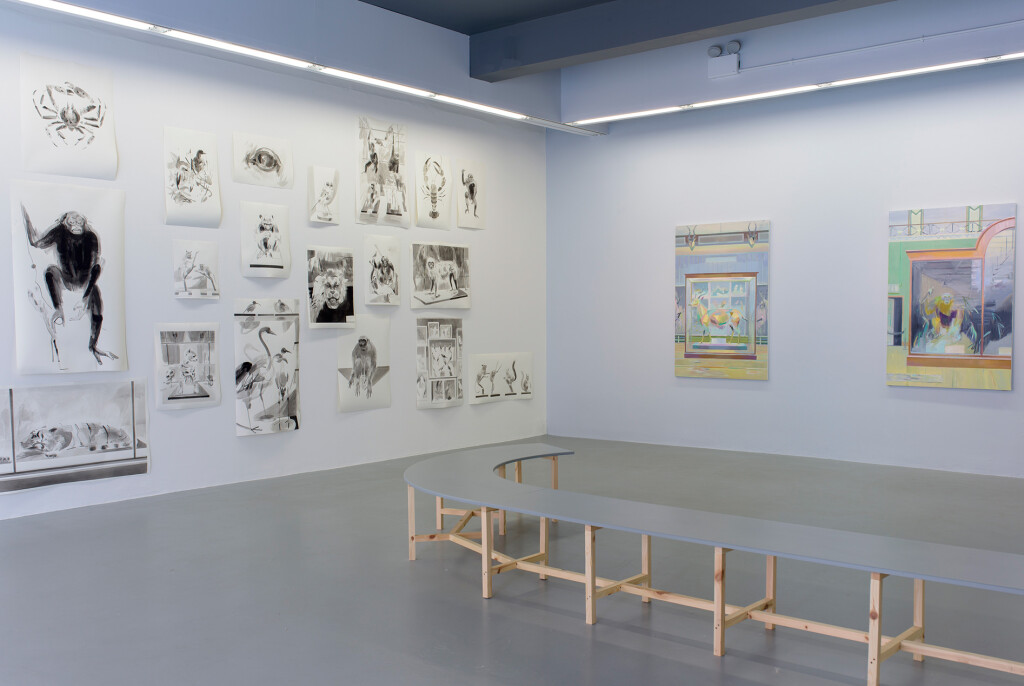 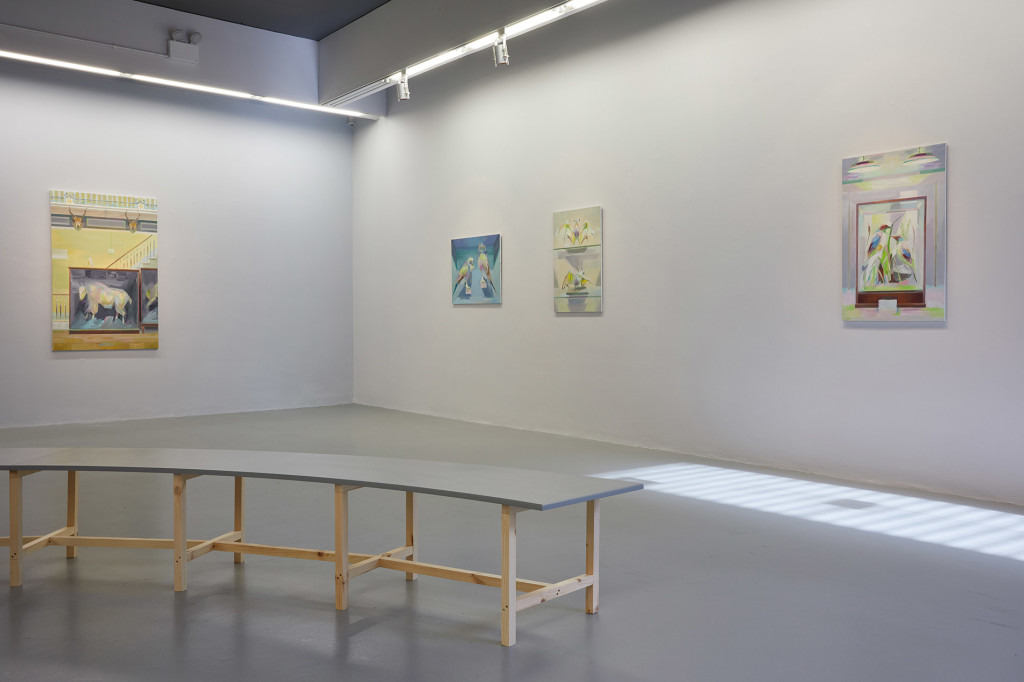 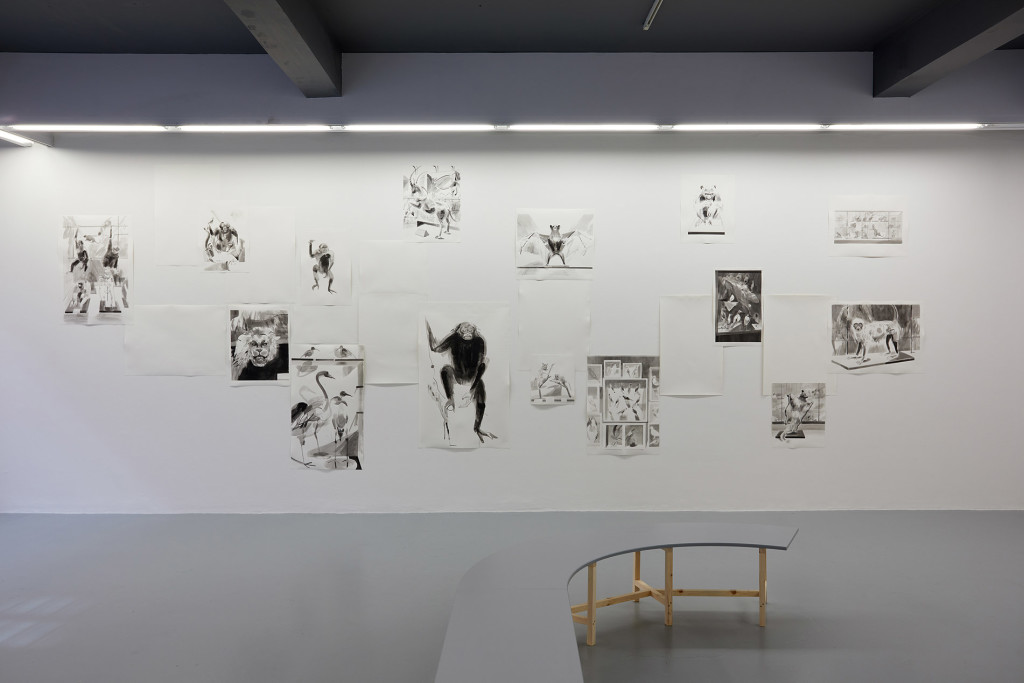 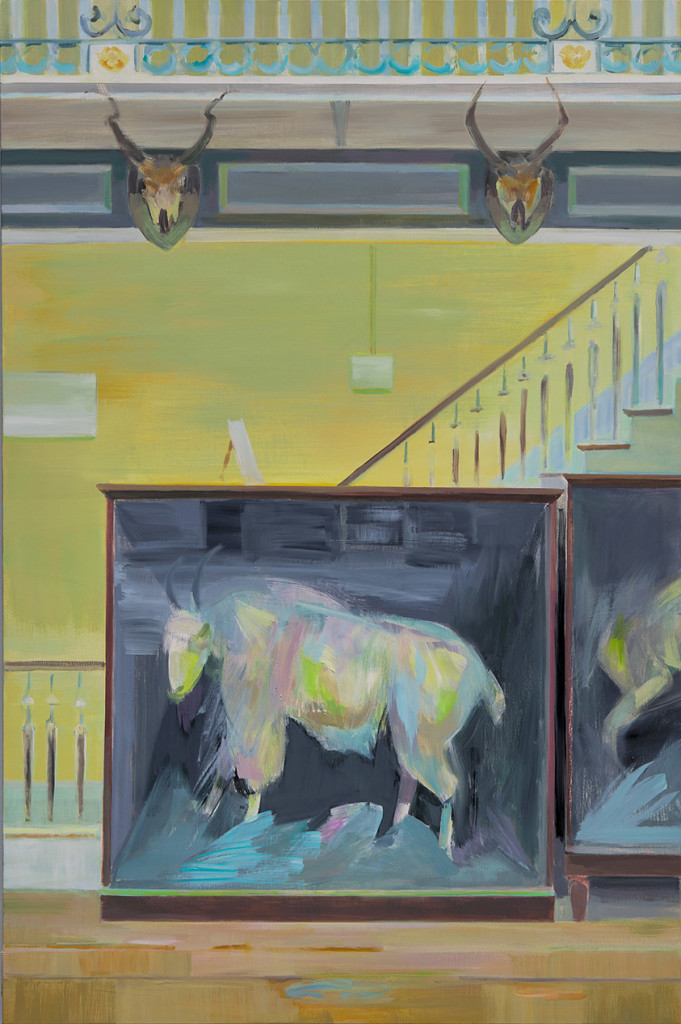 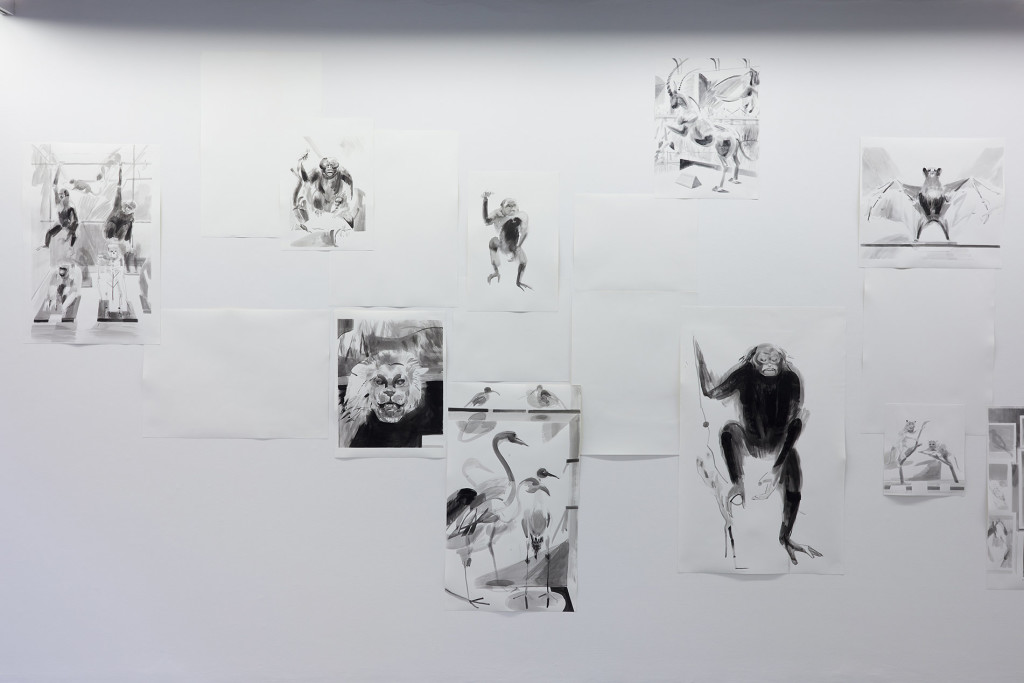 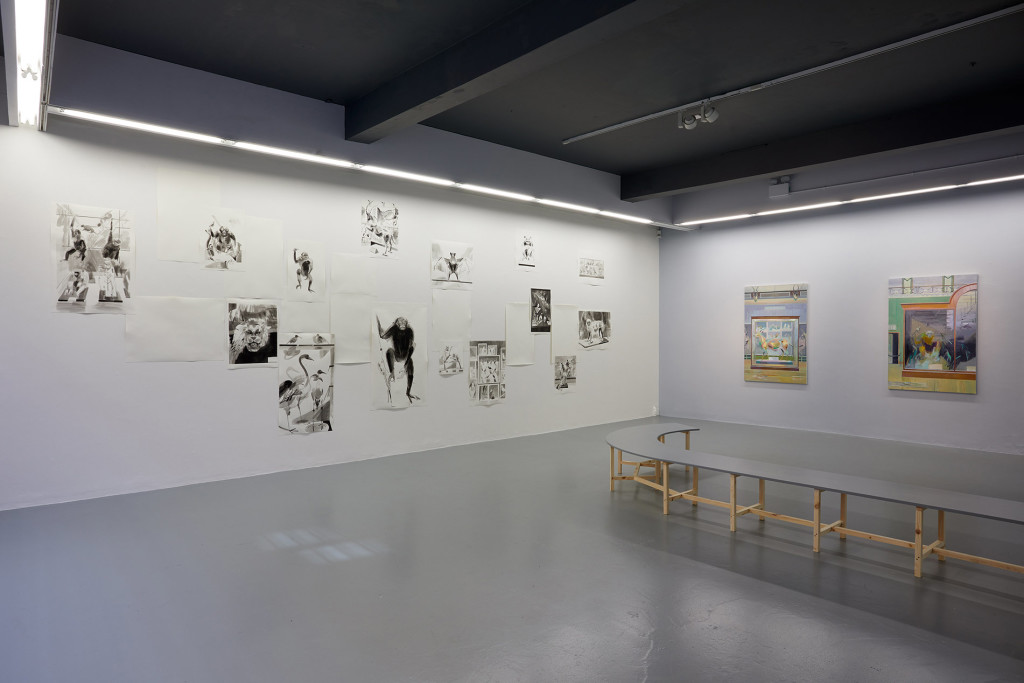 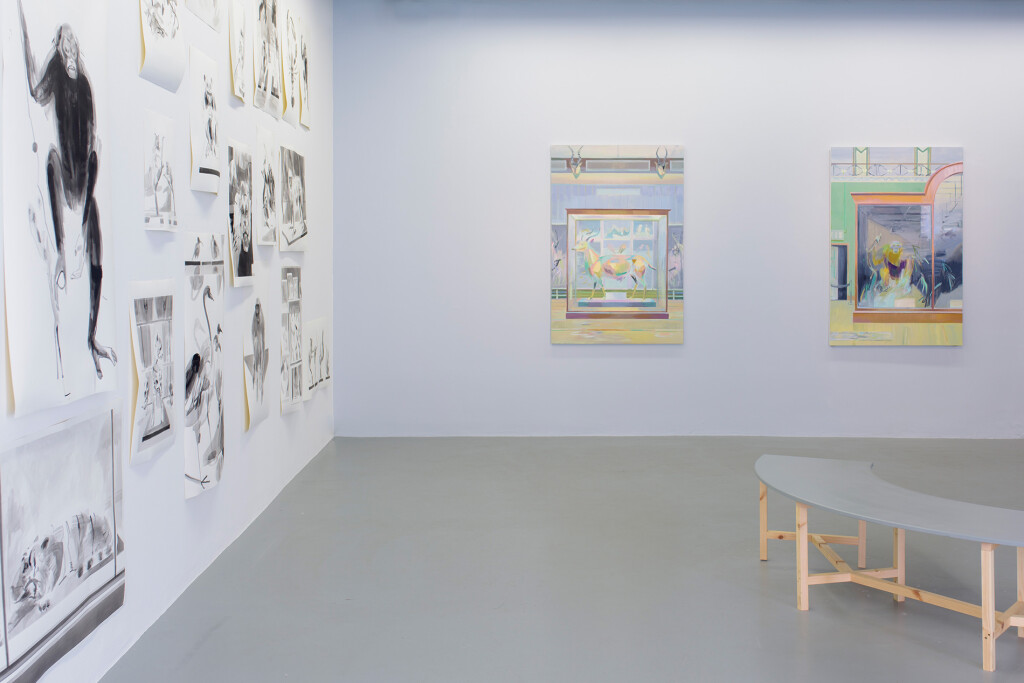 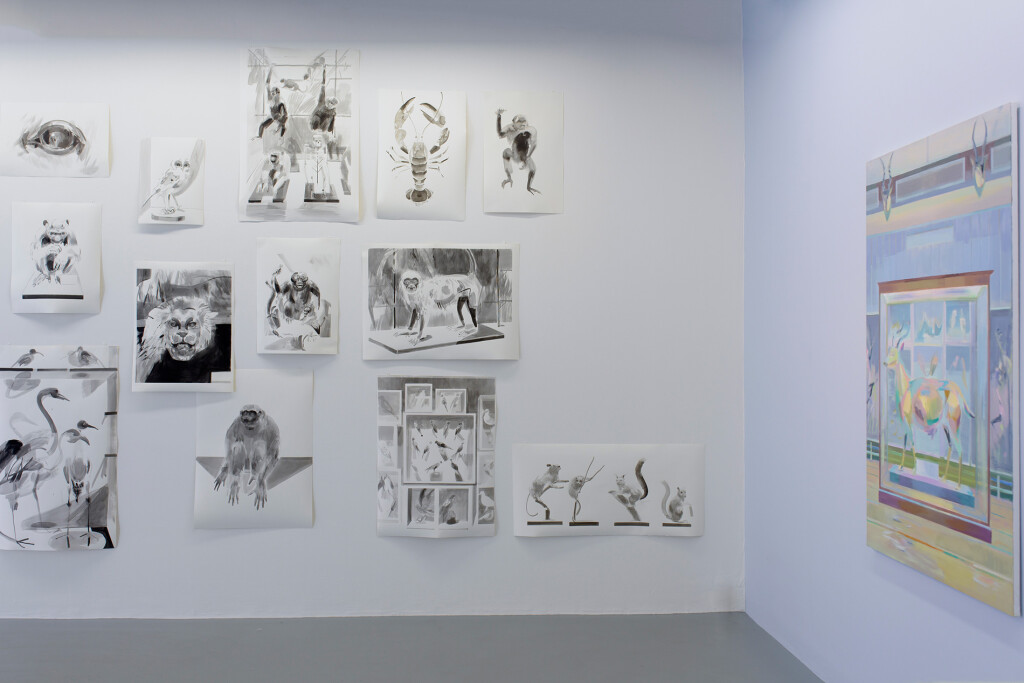 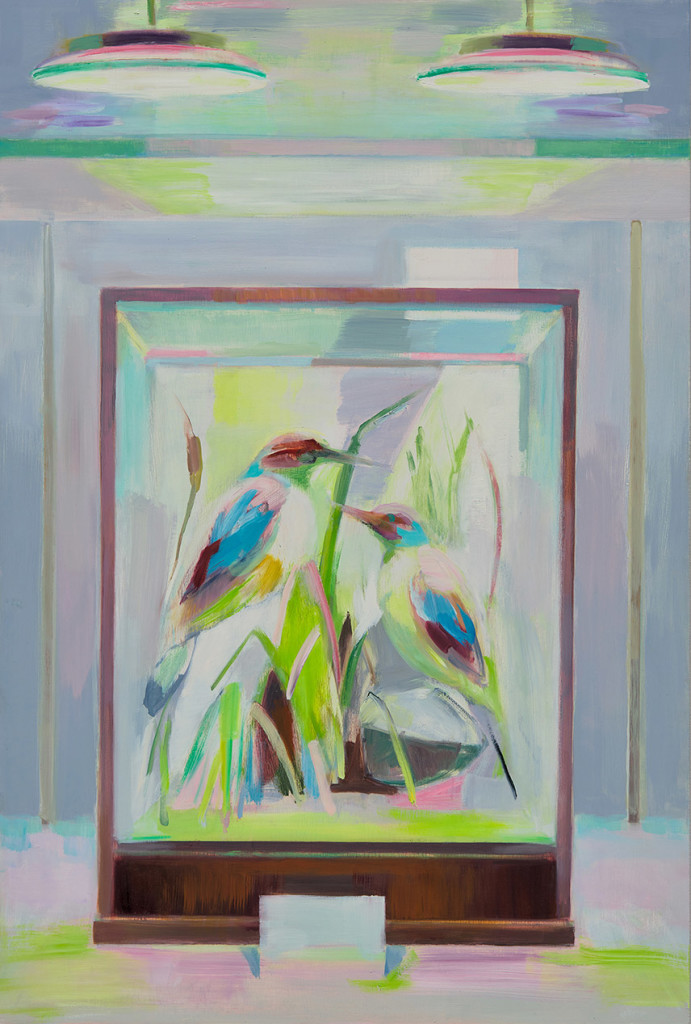 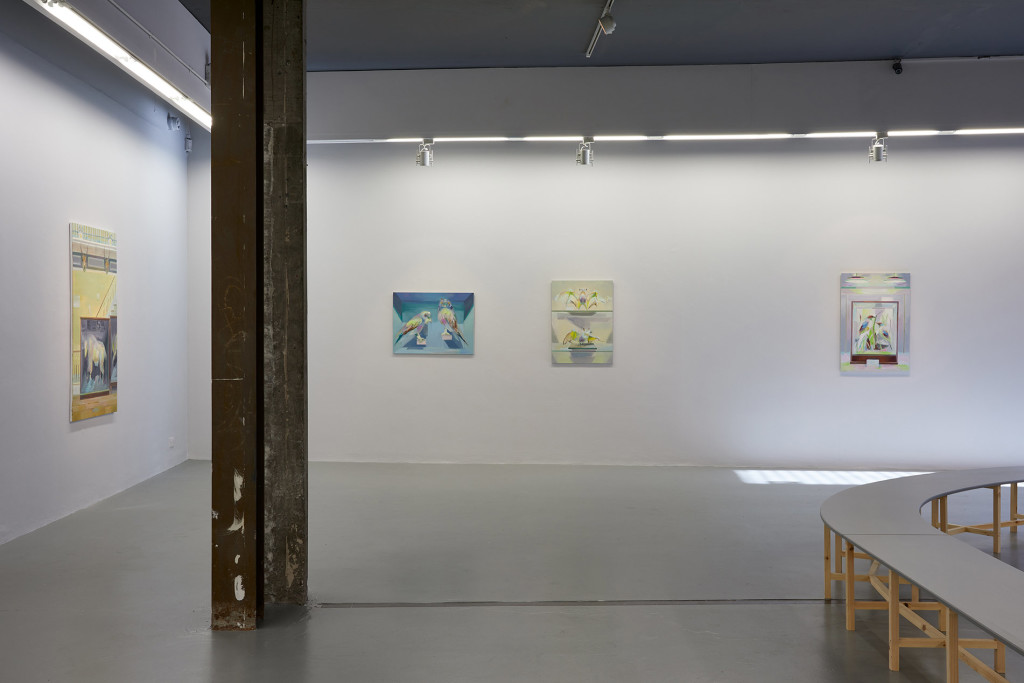 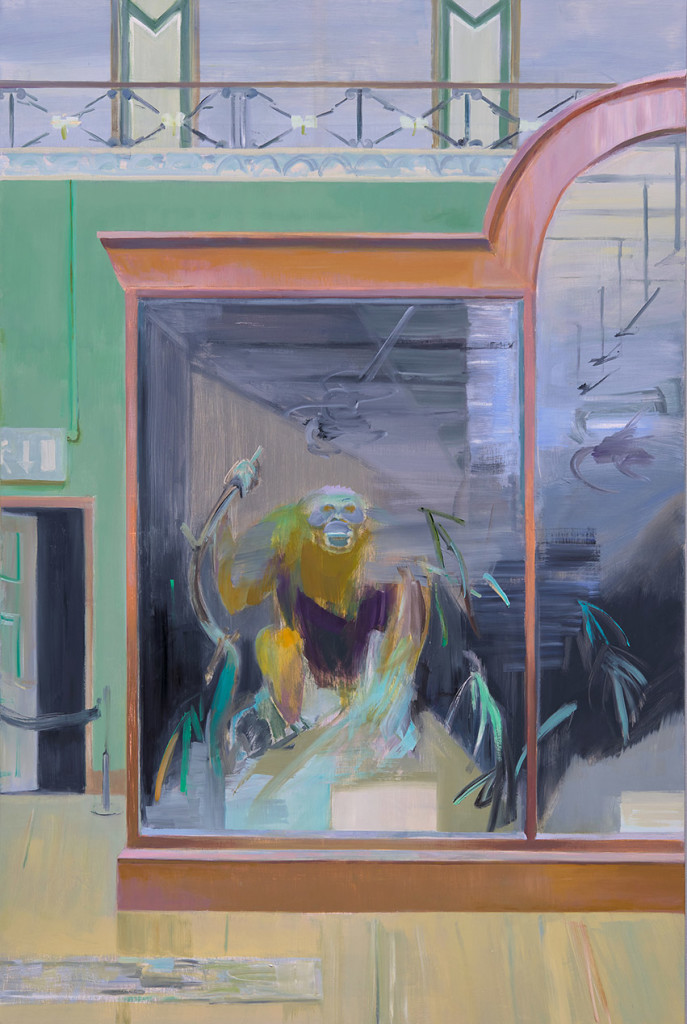 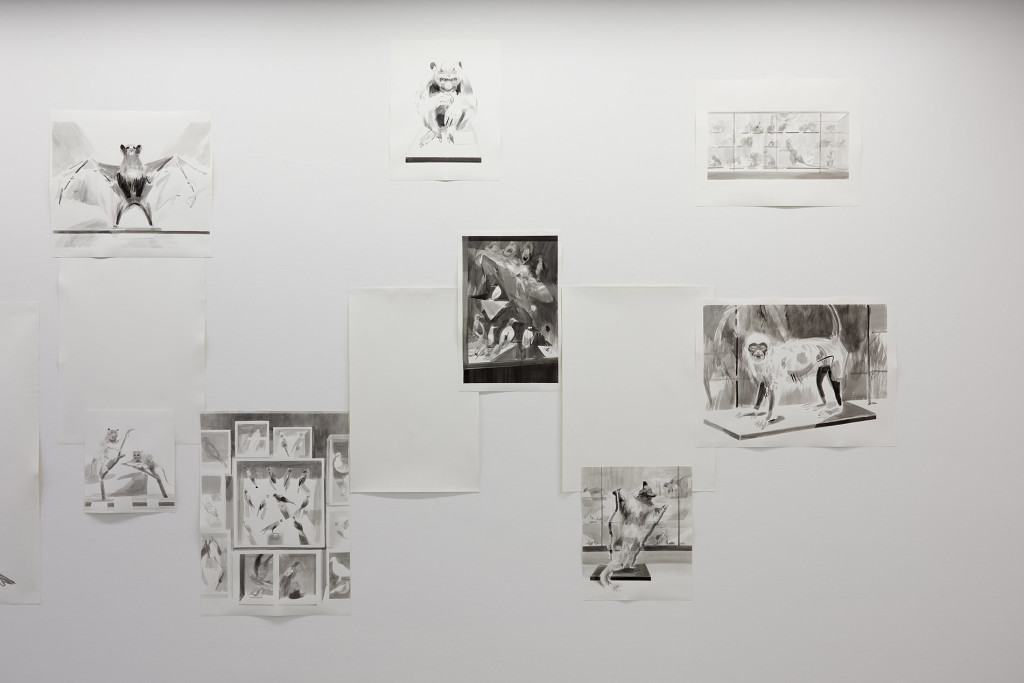