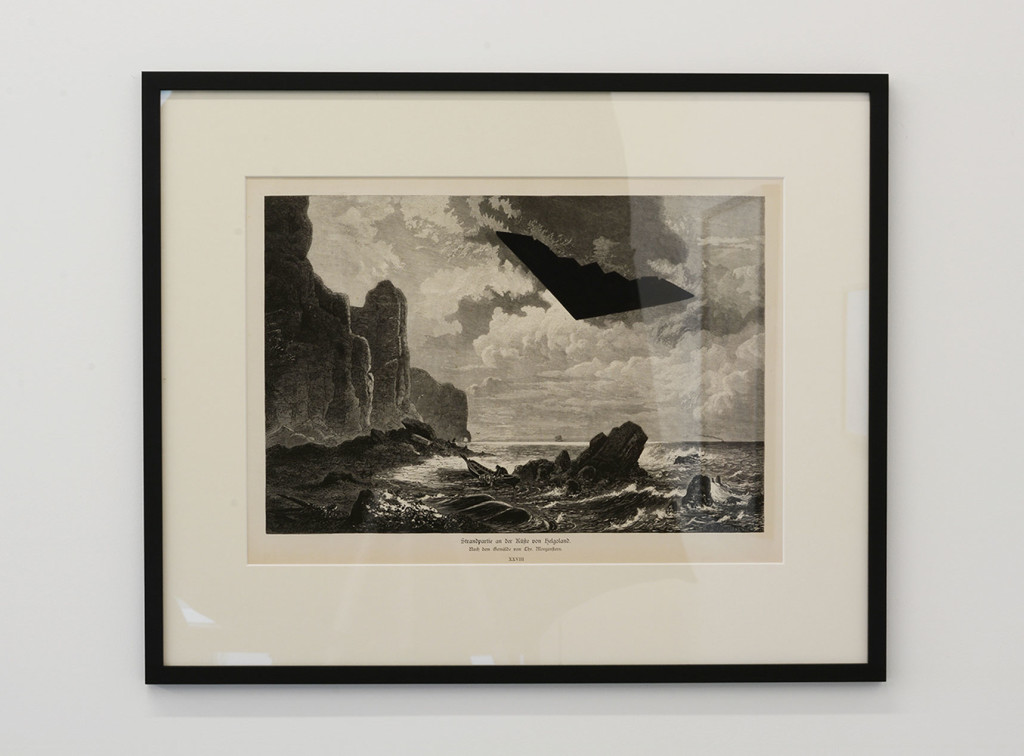 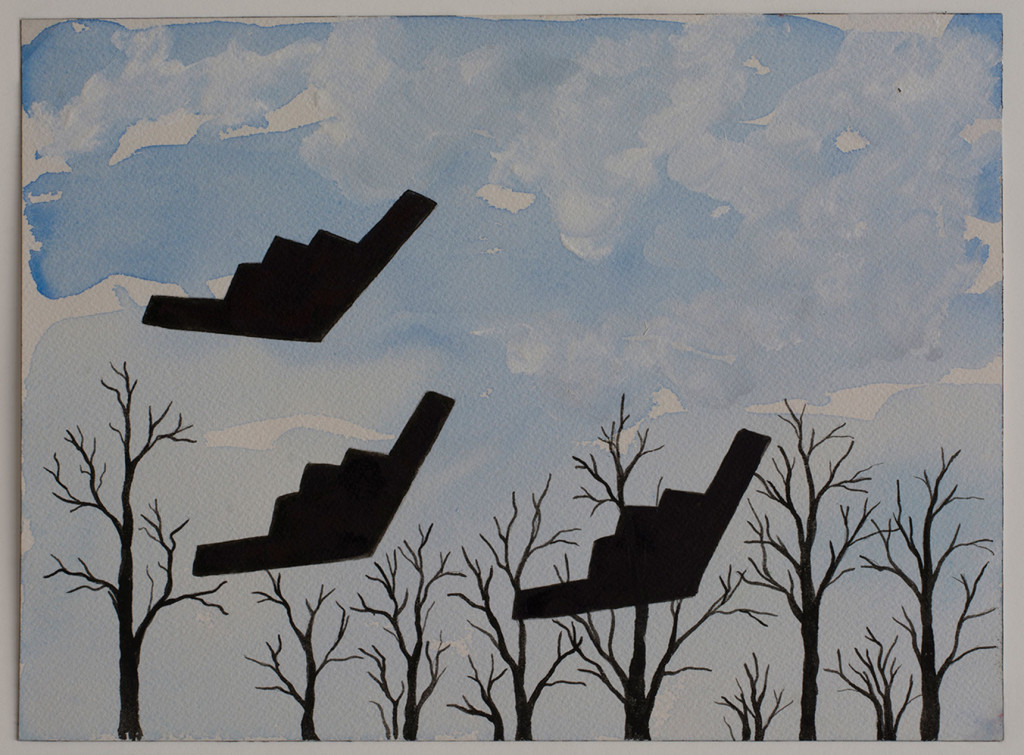 The work of Jessie Homer French (born New York, 1940) has been beloved by a coterie of Los Angeles art world aficionados for decades. This particular cluster of artistic ‘near-family’, was born out of the legendary Ferus Gallery (1957-1966), situated in an antiques store on La Cienega Boulevard and co-founded by curator Walter Hopps, artist Ed Kienholtz and the poet Bob Alexander. Alongside exhibitions of major East Coast trendsetters; Johns, Lichtenstein, Stella etc, the gallery particularized its identity, from the standard of the now canonical linear artistic developments and movements, by nurturing and exhibiting the individualistic practices of Los Angeles based artists; such as Llyn Foulkes, Ed Moses, Ed Ruscha, Billy Al Bengston. The eclectic outcome and influence of the Ferus story1 – aside from a notorious obscenity raid by the LAPD in 1957, was that it marked a genuine birth-point of an identity in Californian art, making art from California, Californian, and being so dubbed ‘The Cool School’. Through a subtle combination of cultivated urban mythology and the documentary photographs of Dennis Hopper, ‘Ferus’ created a marriage of art to popular culture and the Hollywood movie business.

For complex and intertwined reasons despite this long-term respect, the years of quiet but consistent art practice by Jessie Homer French, working generally in studios somewhat distant and often remote from the urban glitter, passed pretty undetected by conventional art radar systems. Perhaps for this very reason, as Jessie Homer French is essentially an independent and solitary being. She has been arguably as well known, and well liked, for being a mother, a passionate fisherwoman, a model and long-term partner of the flamboyant Hollywood agent, Robin French. However, given the way that all things are evidently themselves; having determined personality or inherent and self-evident quality, it is hard to keep them under permanent cover, and the sonic boom of a powerful artistic stealth bomber has broken cover. The causal linearity of things inadvertently involved Bengston in the triggering of Jessie Homer French’s breakthrough solo show, appropriately entitled, Food Chain (2017), into and for the now contemporary art scene, at Various Small Fires, Los Angeles, which was closely followed by an even more noticeable re-entry point, with a ‘Discoveries’ presentation at Art Basel Hong Kong, (also 2017). In collaboration with ‘VSF’ the chain of events quickly brings us to where we are now, with important curated shows of Homer French, Stealth Bomber/s inaugurating the new London space of mother’s tankstation, and the practice further contextualized by a survey show of Paintings 1978-2018, in the Dublin gallery, both of which clearly intend to redress an imbalance in the history of L.A. art and position Homer French firmly within its lineage.

Self-proclaimed in a recent-ish interview as a “self-taught, regional narrative painter”, this typical understatement flies low to the sophistication of Homer French’s subject matter, composition force and high-contrast, almost enamel-like painting techniques, that combine to forge a clearly unique voice in contemporary international art. All of Homer French’s work since the 1970s has evidenced an inextricable polemic engagement with the environment and her natural surroundings, rivers, lakes, human interventions into nature and the virulence of recent Californian bush fires, enraged by climate change (or poorly managed forest floor raking, depending on how you see it!). So it comes as little surprise that when, in the late 1970s, the peace and quiet of the skies over the Mojave Desert, populated with little other than animals and its distinctive Joshua Trees, was shattered by the much-denied first test flights of the controversial Northrop Grumman B-2 Sprit Heavy Penetration Bomber (better known as the ‘Stealth Bomber’2), that it instantly became an important subject in her work. Thirty years later, it is now iconic, centrally planted in her practice, and has found expression in paintings, watercolours, inked-in additions; of the distinctive B-2 silhouette, as seen from below, into the sky-space of nineteenth century German engravings (which Homer French describes as “anachronisms”), hand-knotted rugs and so-called “mapestries”; soft tapestried ‘paintings’ intended to hang over bed heads and so do not harm its occupant, in the event of frequent Californian earthquakes. A mapestry included in Stealth Bomber/s depicts both Californian fault lines and a stealth bomber entering the air space of its top right hand corner.

Politically engaged and out-spoken, the almost emoji-like visualization of the B-2 in Homer French’s work arguably stands as a stance against shadowy double-dealing, and the levels of mistrust, misinformation and misunderstanding created in its wake. Self-apparently the first denied flights of the stealth bombers gave way to decades of conspiracy theories and tales of UFO sights and abductions. For Jessie Homer French the current American political climate makes these retrospective images of futuristic nightmare, more relevant than ever.

1 Ed Ruscha likened the Ferus Gallery to a jazz catalogue; “where there are a lot of different voices under the same record label. Each had a very distinctive take on the world and on his (or her) work, and so that made it a vital place to aspire to and to be”.

2 Northrop Grumman B-2 Spirit American Heavy Penetration Strategic Bomber was in production between 1987-200 under the Carter administration and was maintained under President Reagan. The bombers, pretty useless for anything other than stealthily dropping big bombs, featured “low observable” technology designed for penetrating anti-aircraft defences. Formally the plane was a ‘flying wing’ capable of deploying both conventional and thermo nuclear weapons, was flown by a crew of only two and developed with an estimated unit cost between $737 million to $2.1 billion (I’m not even going to attempt all those noughts) – depending on who you believe. Because of its substantial capital and operating costs the project was the subject of prolonged controversy in both the country and U.S. Congress. The winding-down of the Cold War in the latter portion of the 1980s dramatically reduced the need for the aircraft, which was designed with the intention of penetrating Soviet airspace and attacking high-value targets. During the late 1980s and 1990s, Congress slashed plans to purchase 132 bombers to 21. In 2008, a B-2 was destroyed in a crash shortly after takeoff, though the crew ejected safely. Twenty B-2s remain in service with the United States Air Force, which plans to operate them until 2032. 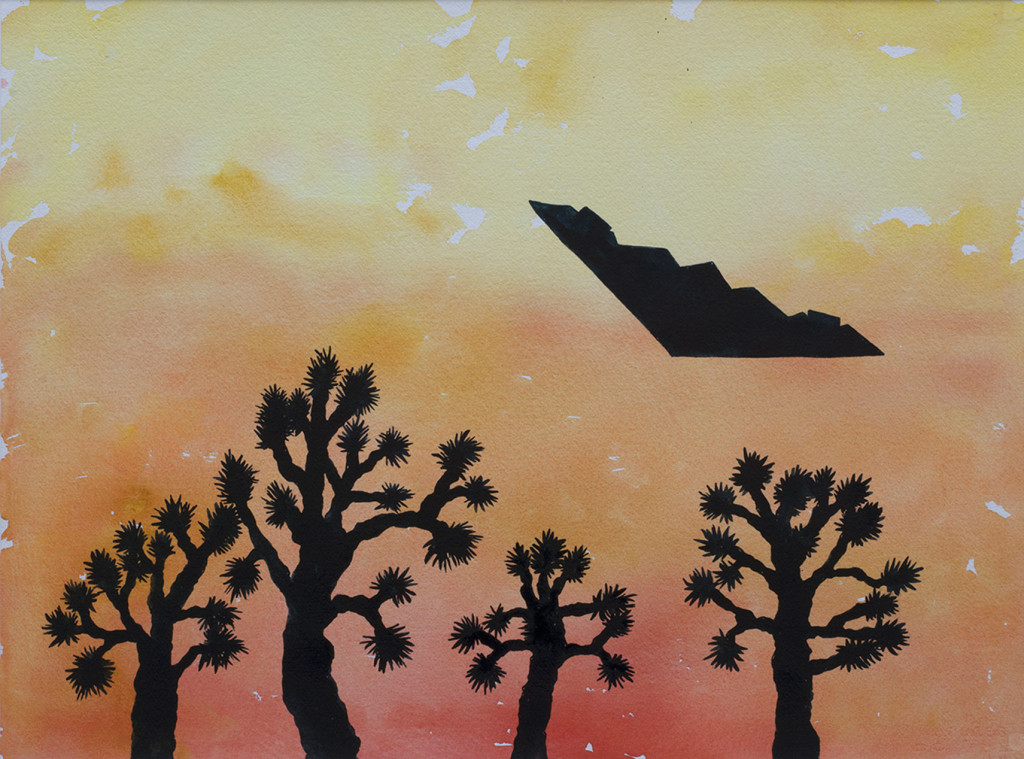 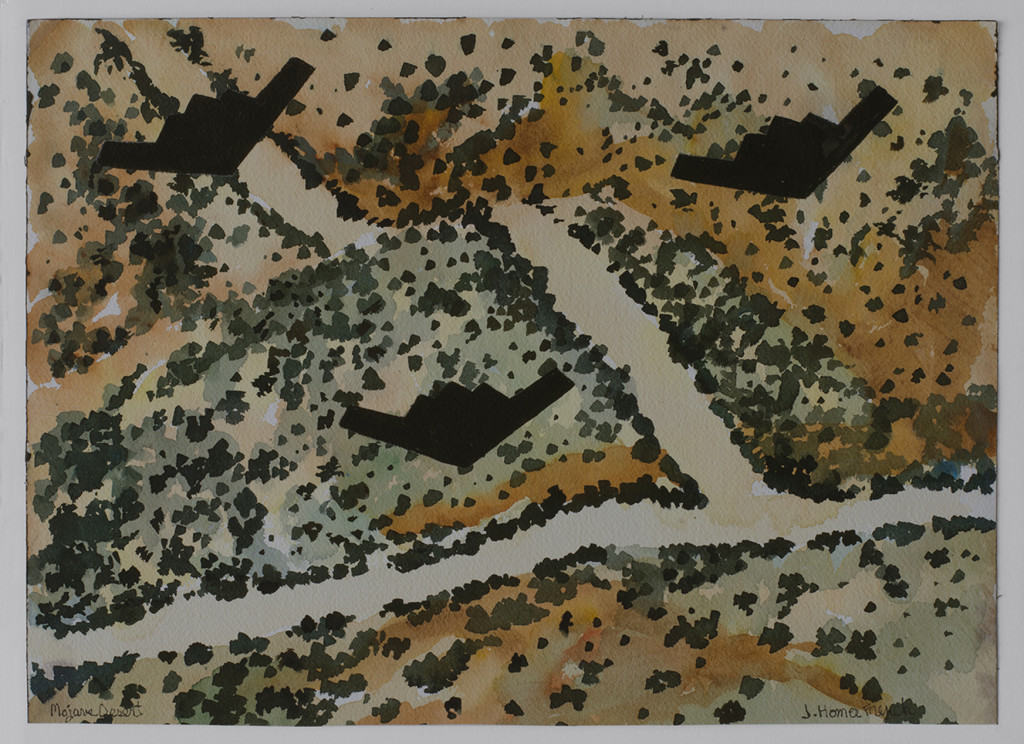 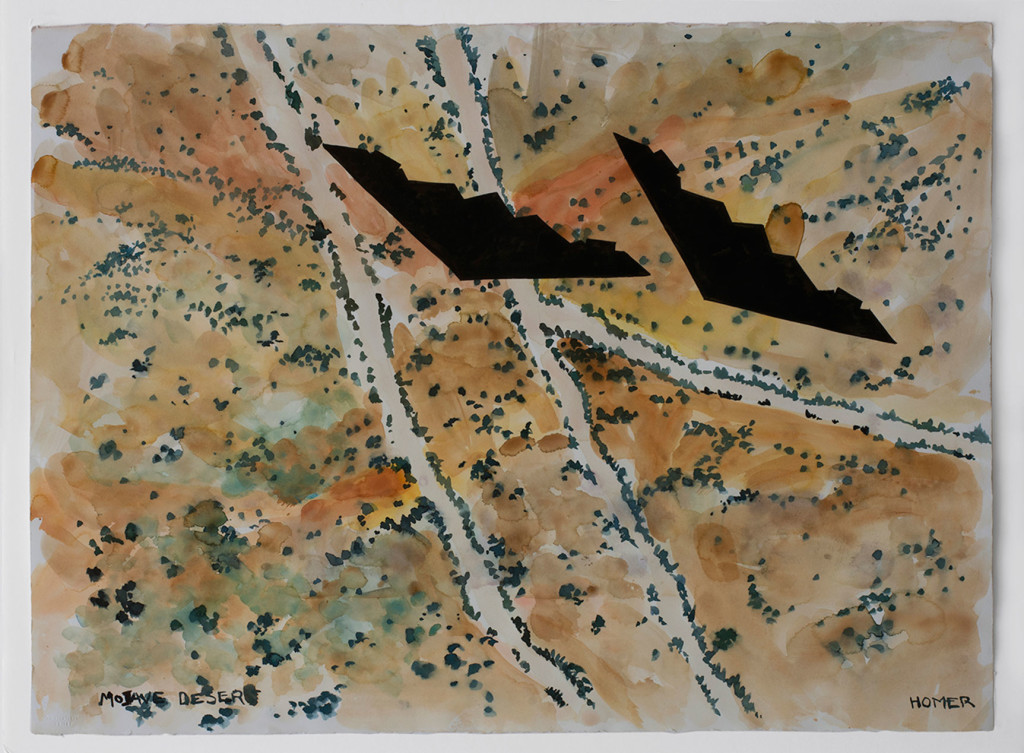 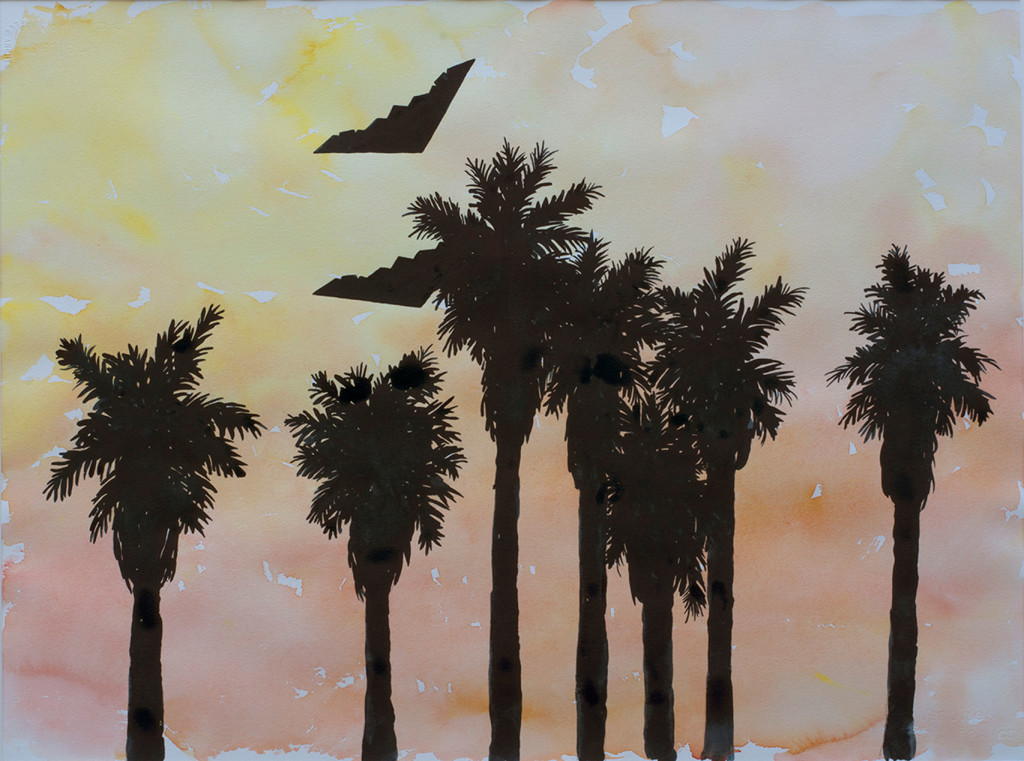 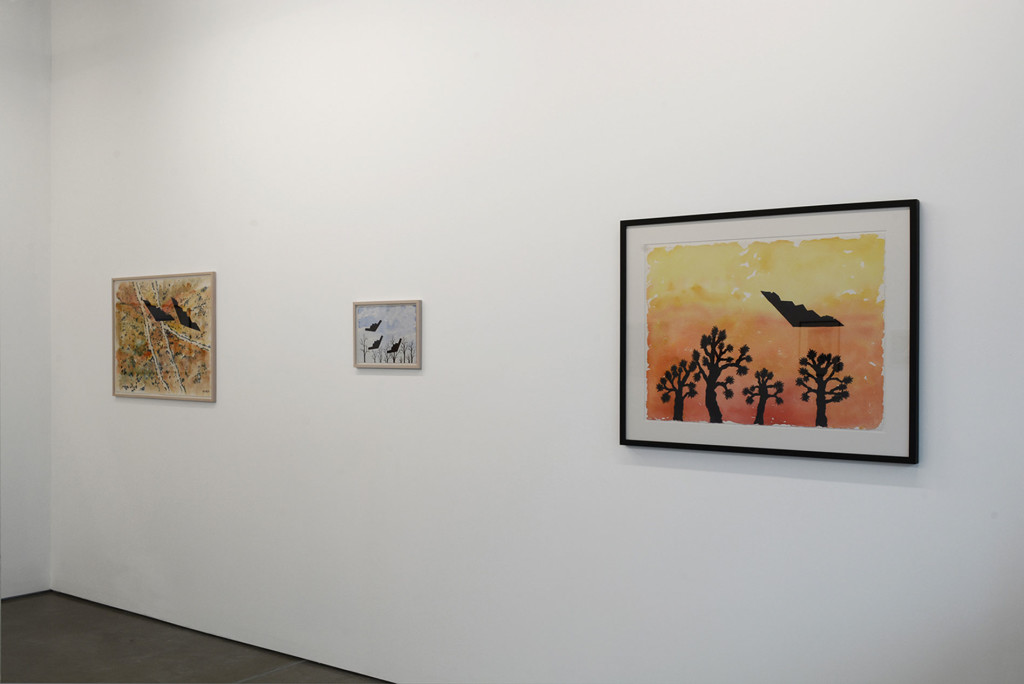 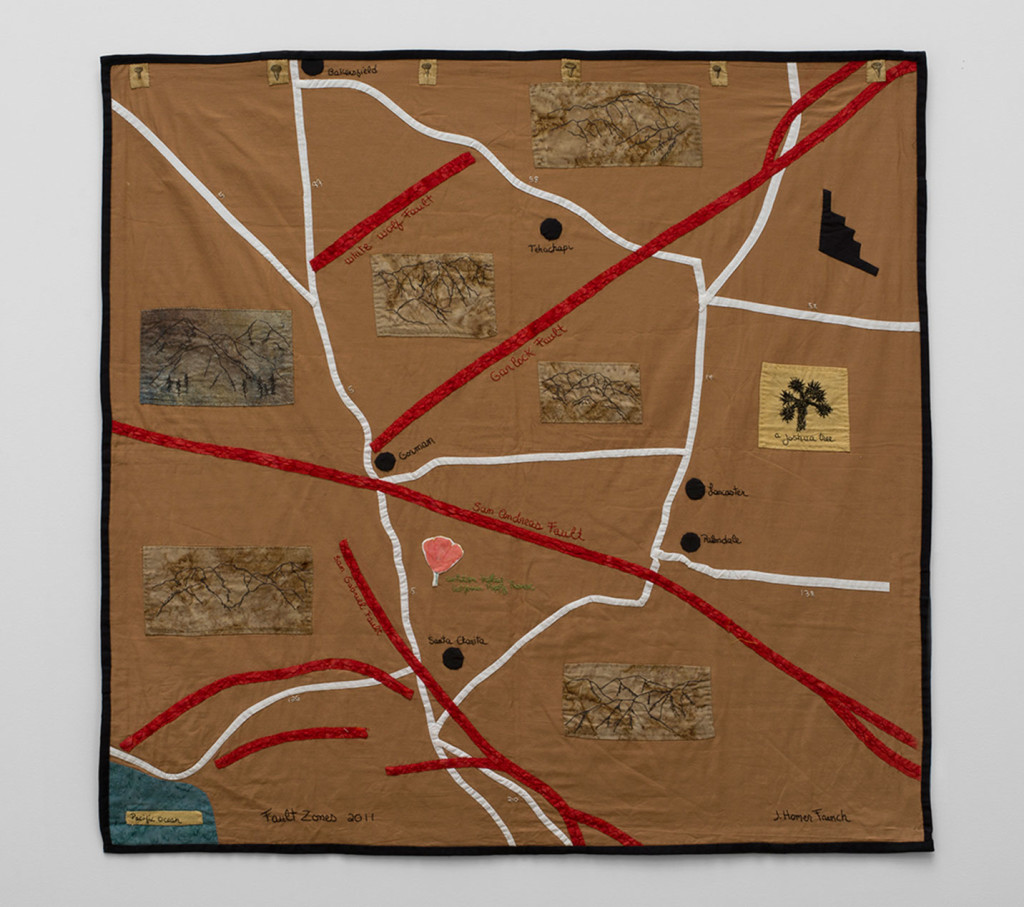 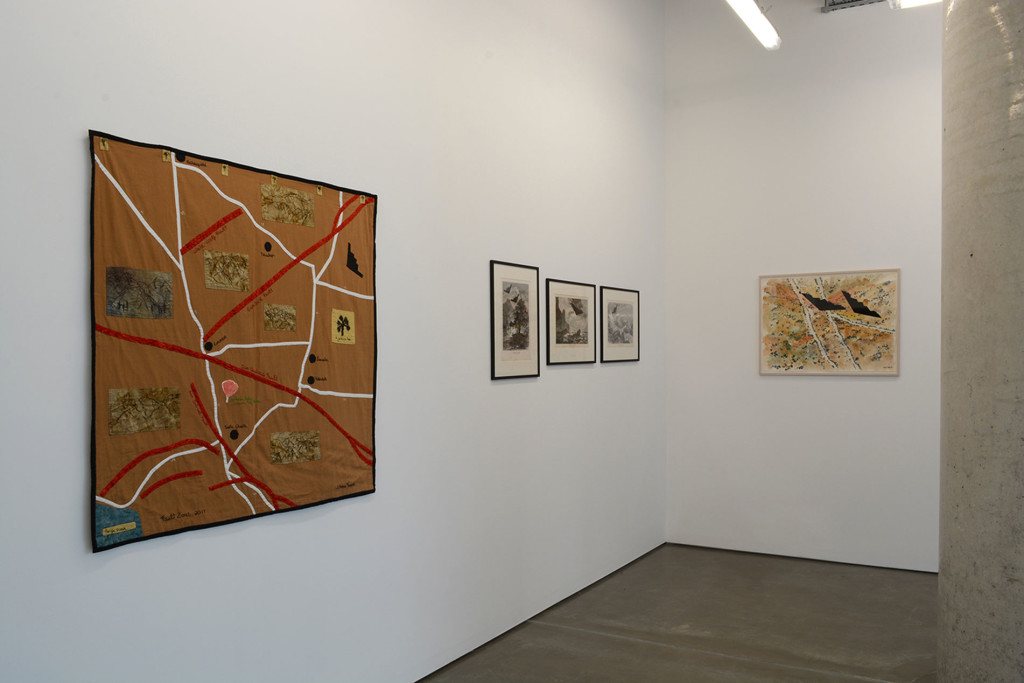 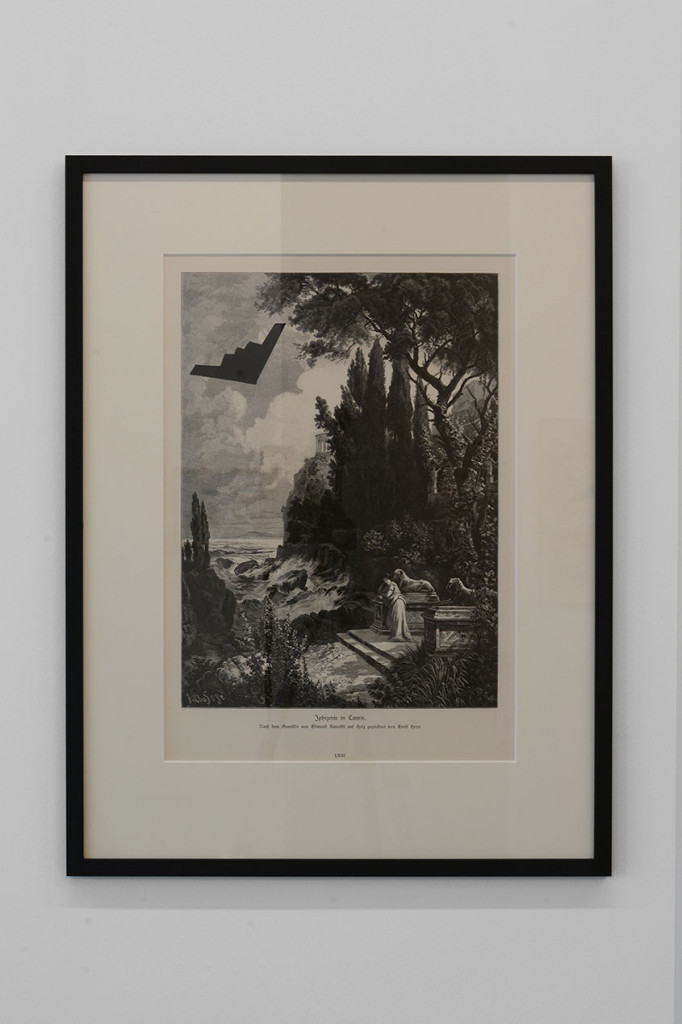 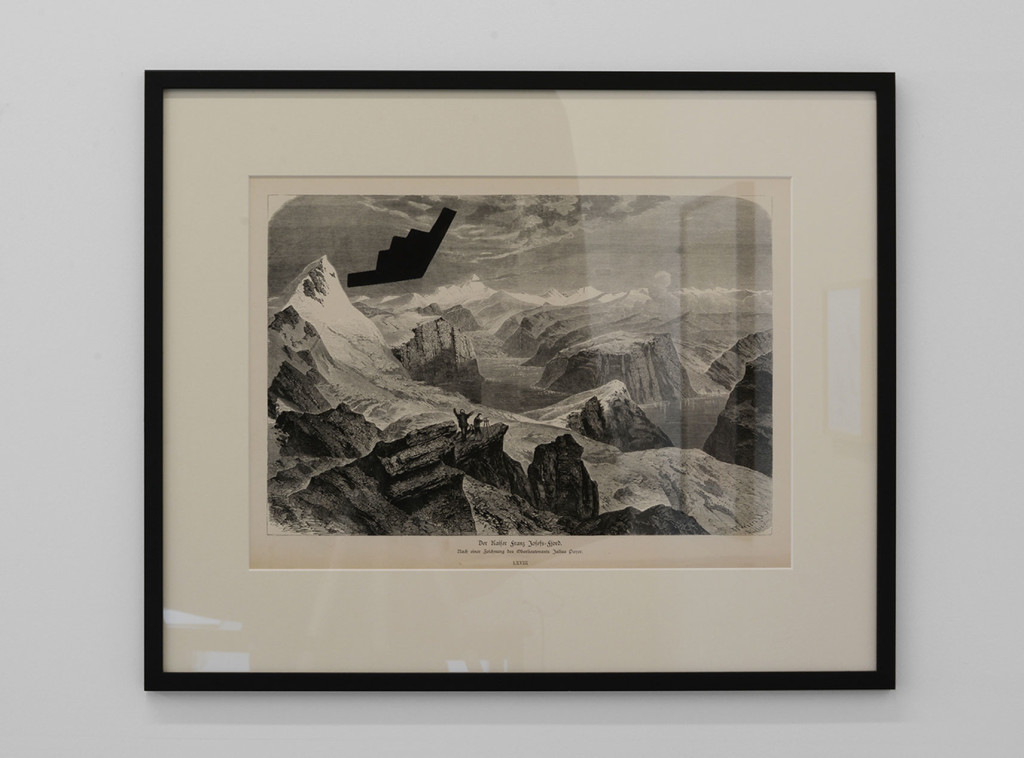 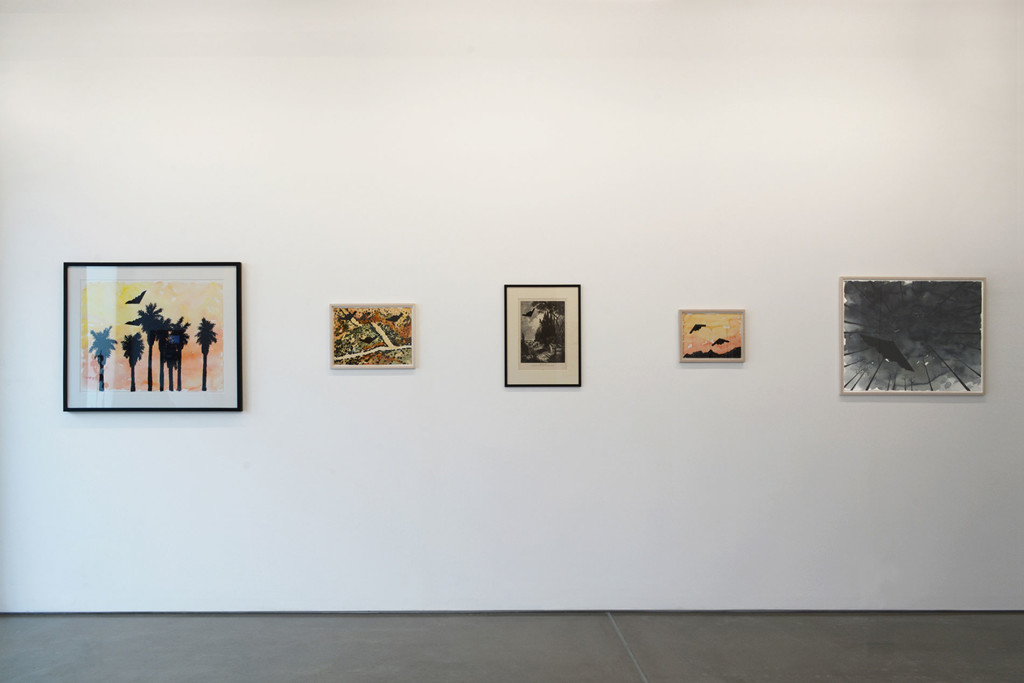 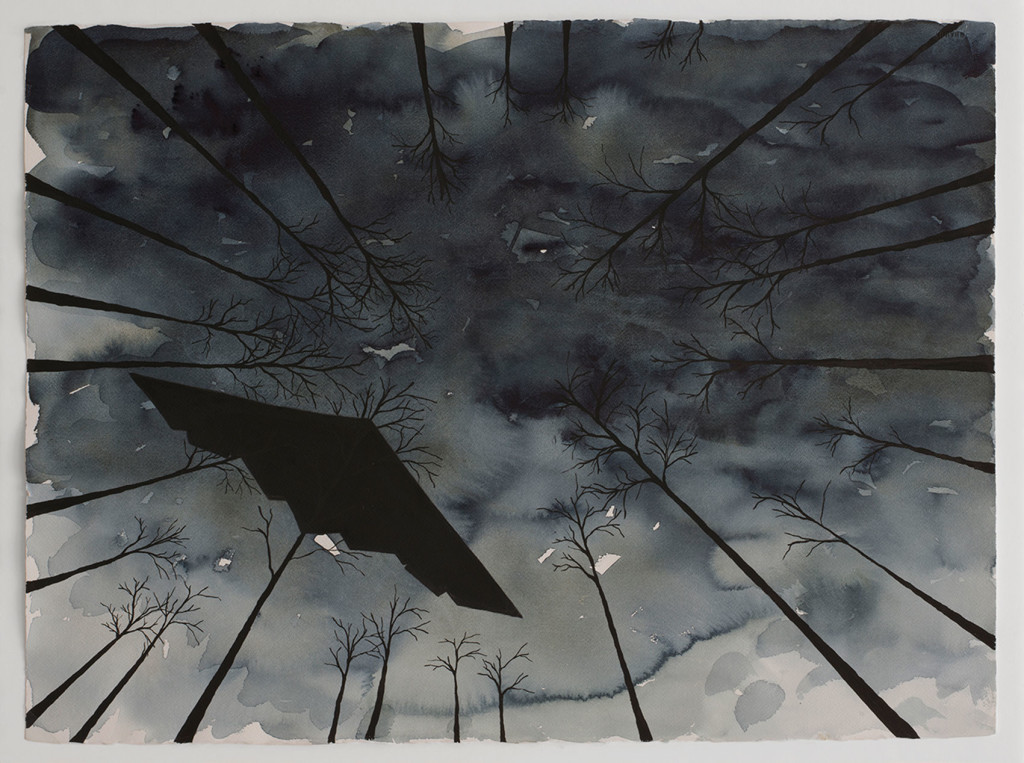 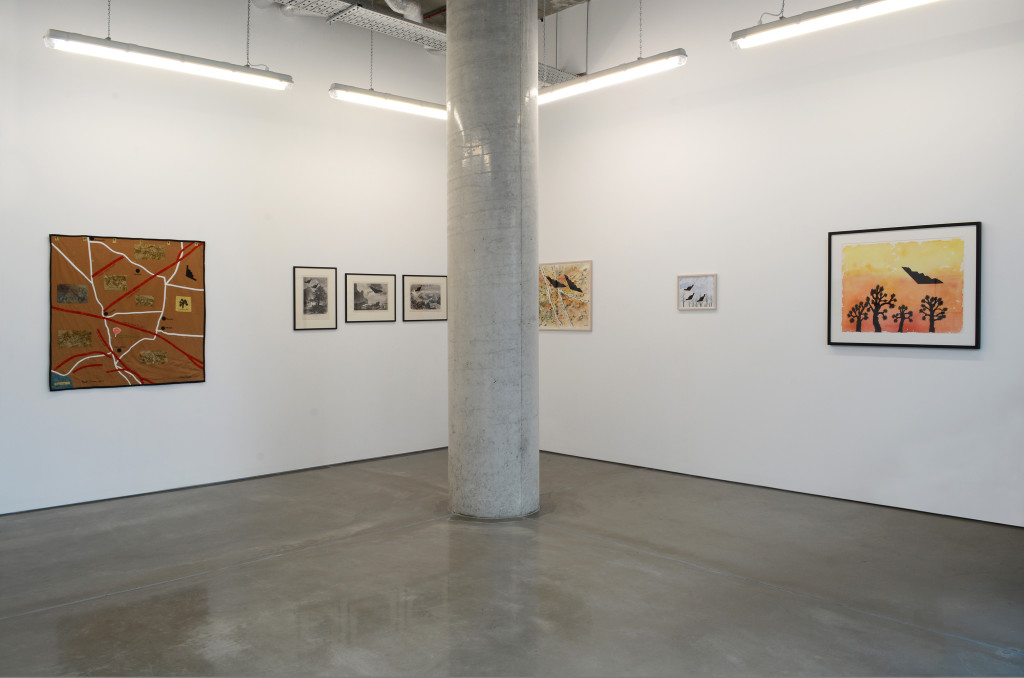 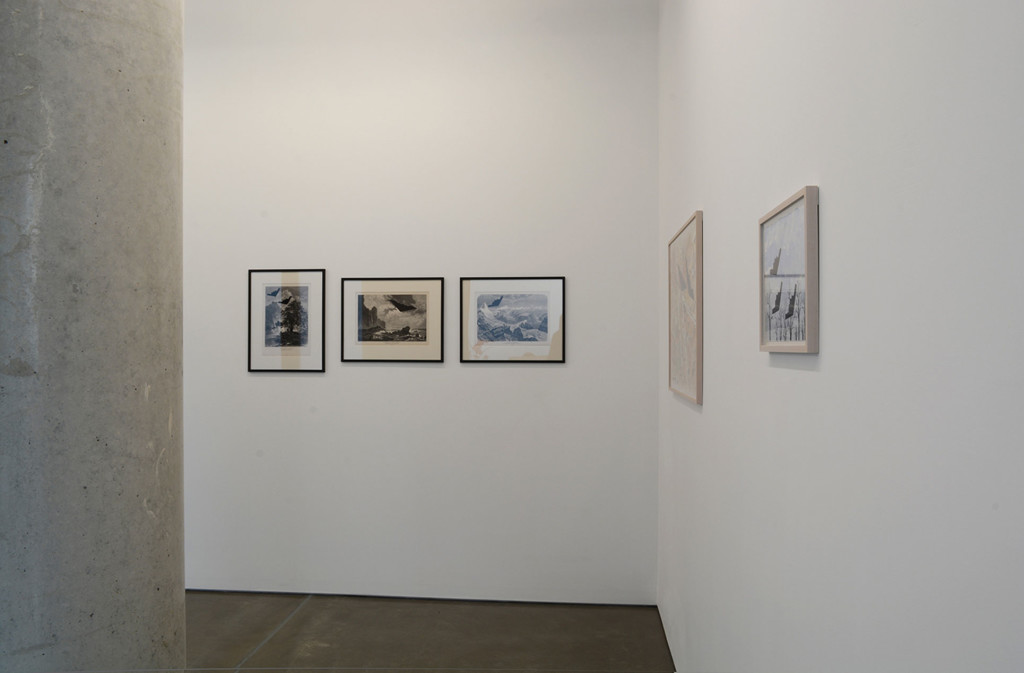 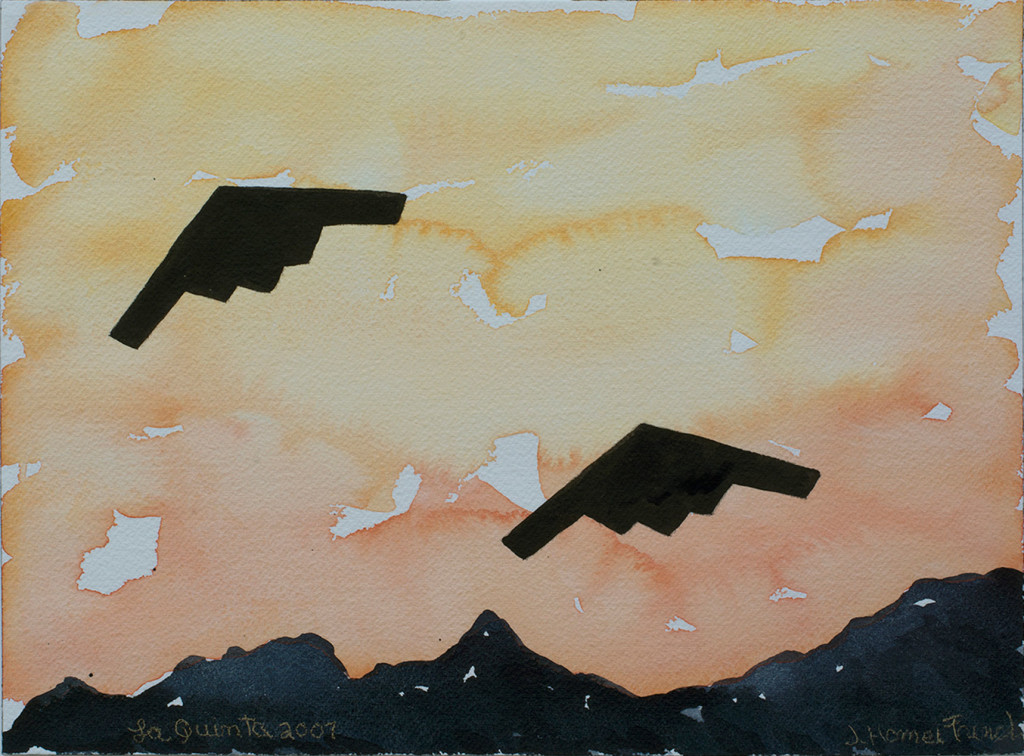 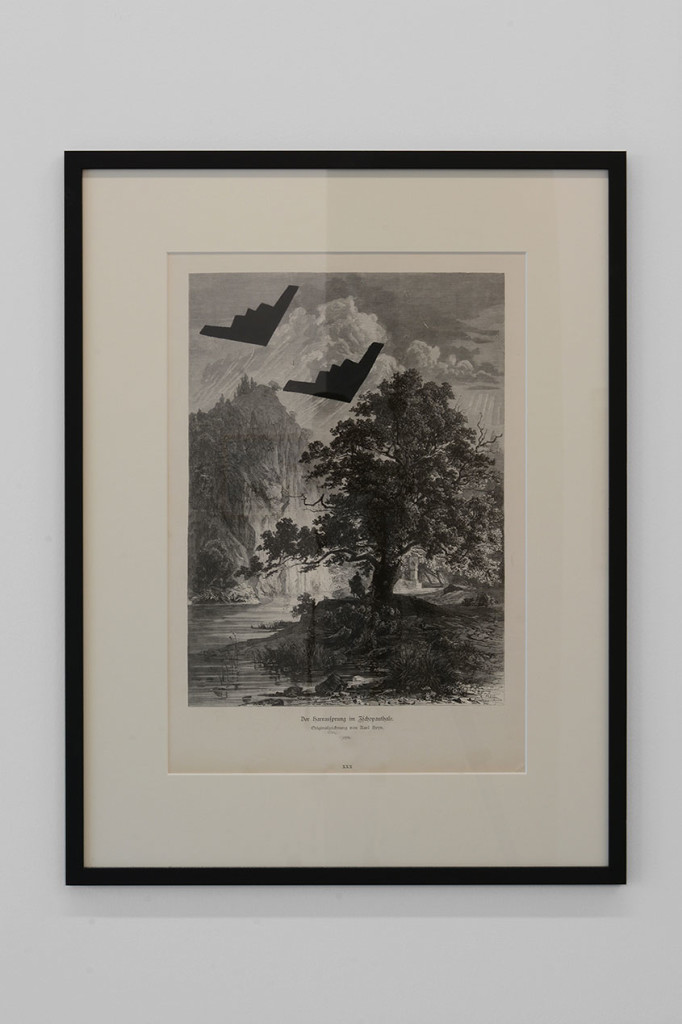