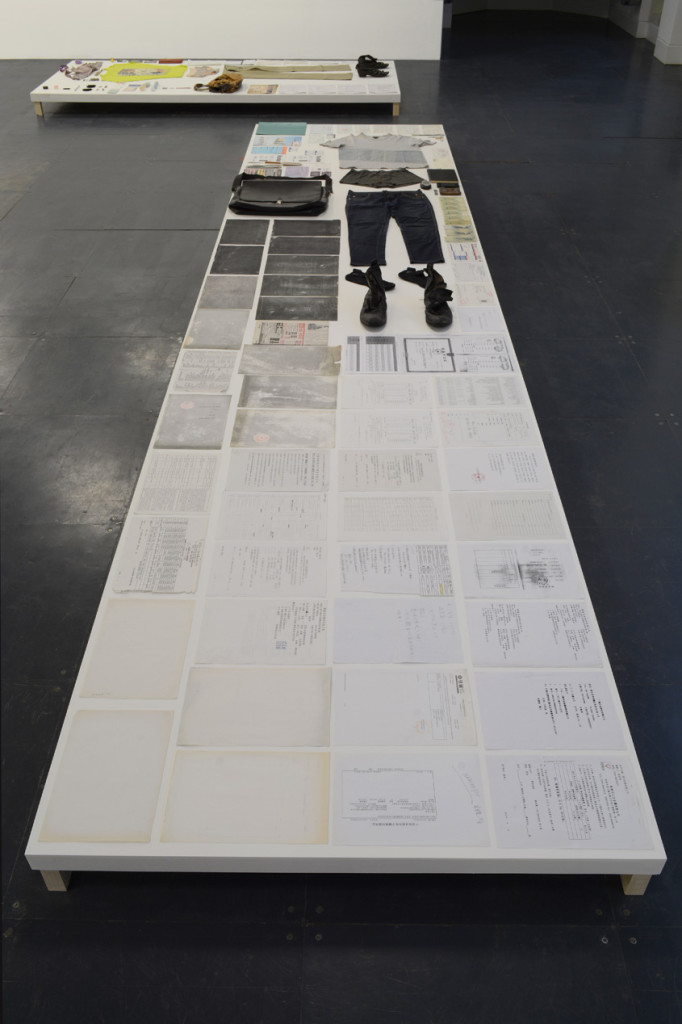 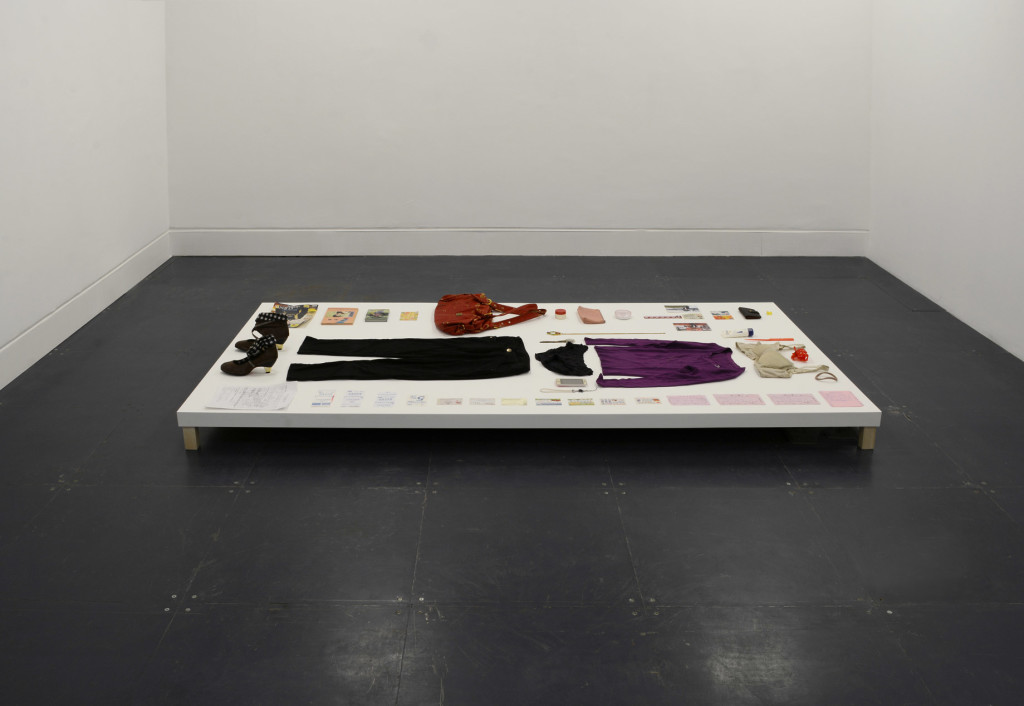 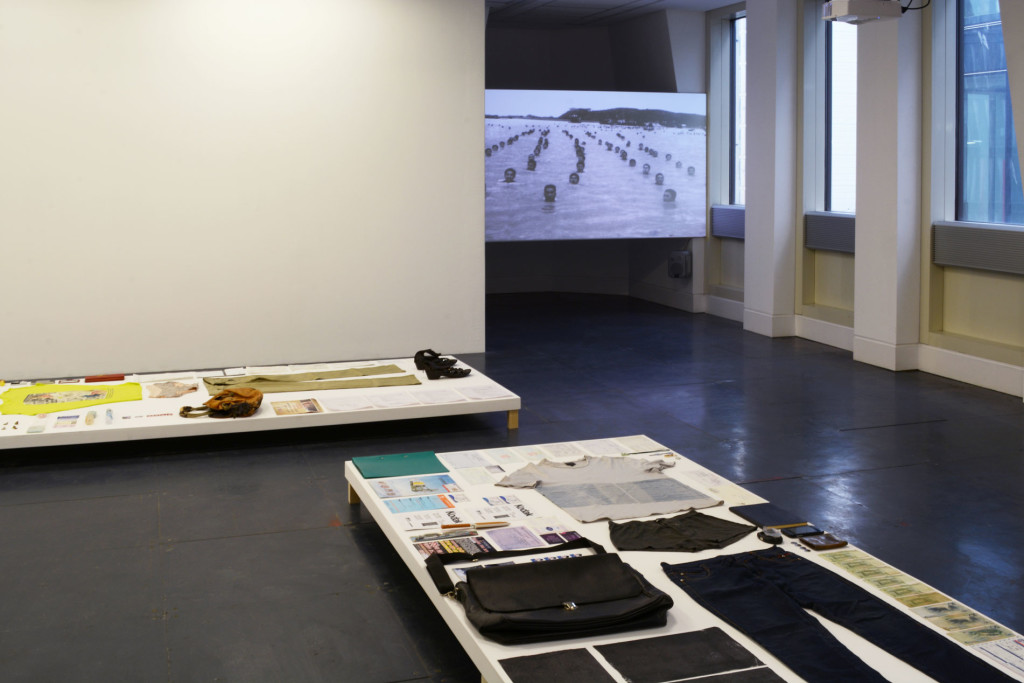 The collective title of Liu Chuang’s iconic series of works originating from 2005; Buying Everything on You, states a completely literal truth and was compelled by the development of Shenzhen as a modern megalopolis, a conscious prototype and incubator for China’s urban, industrial ‘future’, now present, that links Hong Kong to mainland China, exposing East to West, both geographically and ideologically. Designated a Special Economic Zone by Deng Xiaoping, in approximately thirty years it has swollen from a Pearl River Delta fishing village, with under one hundred people, to it’s current population of over 11.9 million people and a sub-provincial political and administrative status. It self-proclaims itself as the factory of the world.

In 2005, Liu Chuang walked into Shenzhen’s largest job centre, or talent market (Luohu talent market) and began to talk to people looking for work. He handed out small, neatly printed cards explaining his desire to purchase everything a willing seller had on, and with them, with the intention that the utility of the everyday objects would be transformed into historical artifacts, to be ritually presented (laid-out) for exhibition in a museum context. After painstaking negotiations, only a few were happy to make the trade (approximately 1%). The transactions were completed in a nearby clothing store, wherein the ‘subjects’ divested themselves of everything in the changing rooms, in replacement for newly bought clothing and an agreed financial exchange. Among those who acquiesced to the purchase, most were very young, having come from small or mid-sized towns and villages all over China; a number were university students, others were recently unemployed and seeking work.

Liu Chuang explains, that one of the fundamental inspirations for the series came from a visit to a local-history exhibition at the Shenzhen Museum, encapsulating the city’s thirty years since the beginnings of the reformist era and including a reconstruction/restoration of a female factory worker’s dormitory from the 1980s. From the outside, it looked plain and poverty-stricken, just like the stark belongings of the political leaders that were displayed alongside it. Aside from daily necessities, objects were few and rudimentary, and easily understandable as a form of political propaganda, implicitly calling on the people to lead a simple life; to embrace the spirit of ‘overcoming hardship’, and thereby contribute their own small part to the greater good of social modernization.

Seen from another side, however, this mode or approach to subliminal messaging through museological strategies, is susceptible to criticism (attack) from its ‘opposing’ model (capitalism), in that the latter might perceive or describe the former as a tragi-pathetic portraiture of a people under socialist oppression. In the complex debate surrounding whether Shenzhen should be determined “socialist” or “capitalist” at the time, these opposing narratives carried the effective potential to stir-up nationalist sentiment and raise its attendant spirit of sacrifice.

As a modern sacrificial offering, the ultimate result of the debate was that “material accomplishment” (capital gain) became the utmost priority for social development. In this context, Shenzhen became a “test tube” for radical reform and a “window” for opening up, with polarizing modes of industrialization co-existing with one another: From the 19th century’s frightening and inhumane factory models to those of post-industrial precision; radically different fragments of history commingled. At the same time, local ancestral worship was also active in Shenzhen, whereby equally contradictory explanations enabled powerful dialectics to be reconciled and exist in parallel. To this end, Liu Chuang describes contemporary Shenzhen as a kind of “breathing modern archeological site for humans…”, from which he has extrapolated Buying Everything on You, as “…the skeletal remains of human activity and specimens of its ruins, only that the humans are still alive”.

Three works from this canonical series are being presented for the first time in London, at mother’s tankstation, alongside the first showing of Chuang’s film, shot contemporaneously, documenting Shenzhen and contextualizing the environment of his radical exchange and its critically important socio-archeological impact. 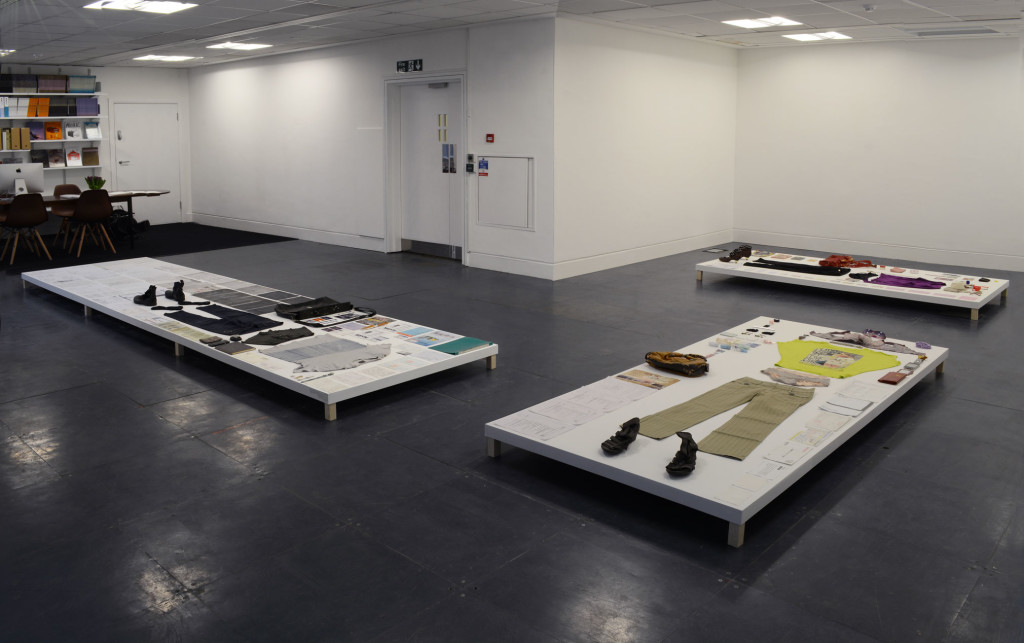 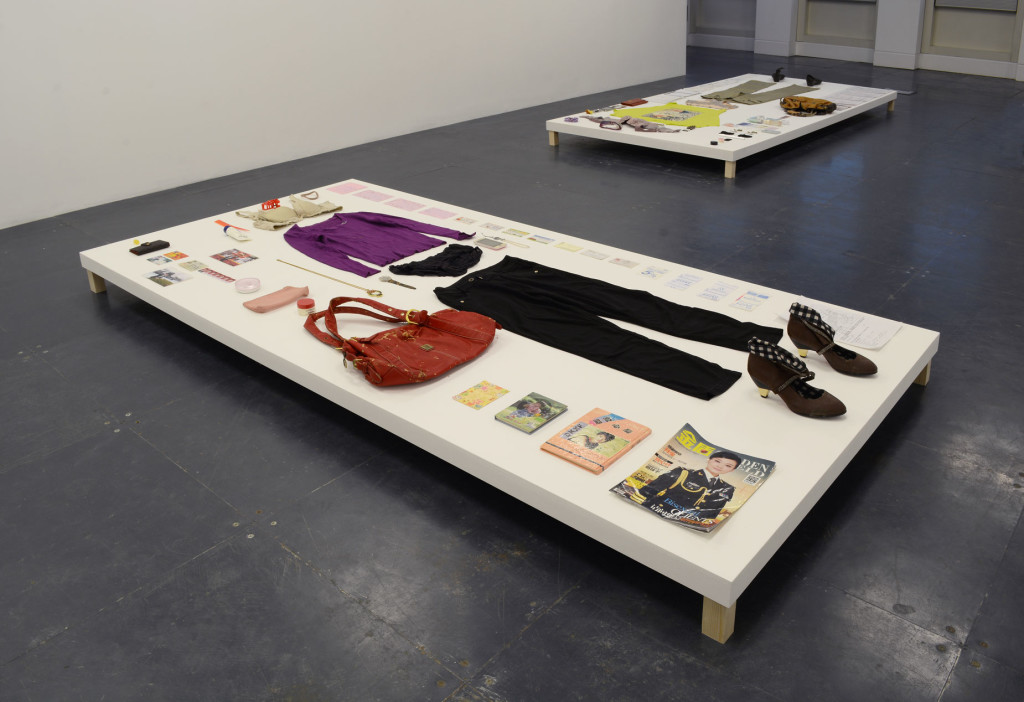 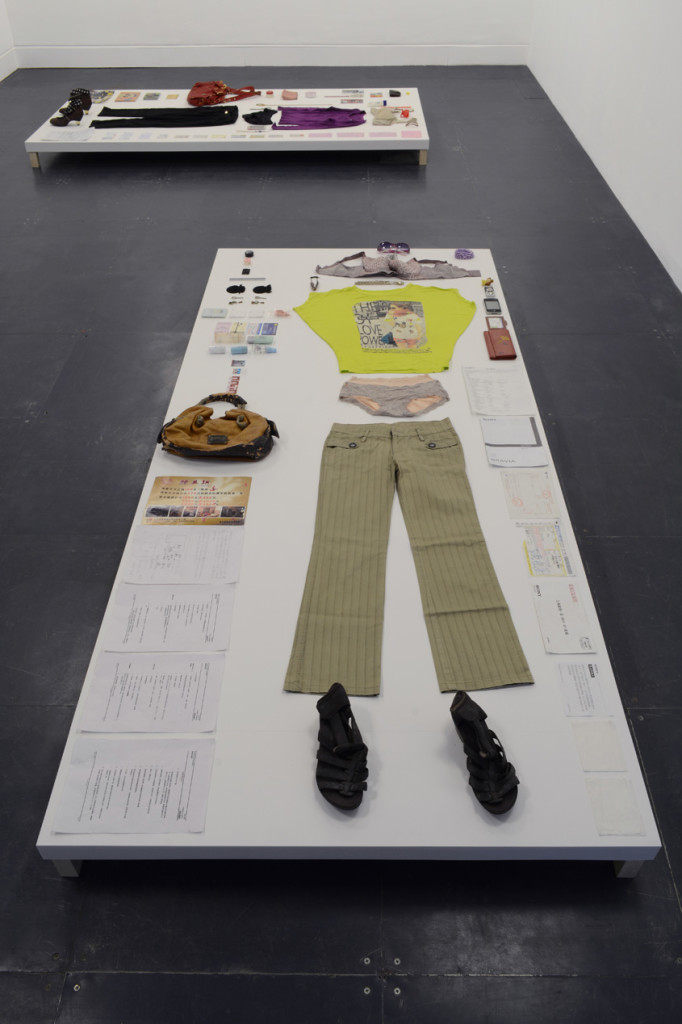 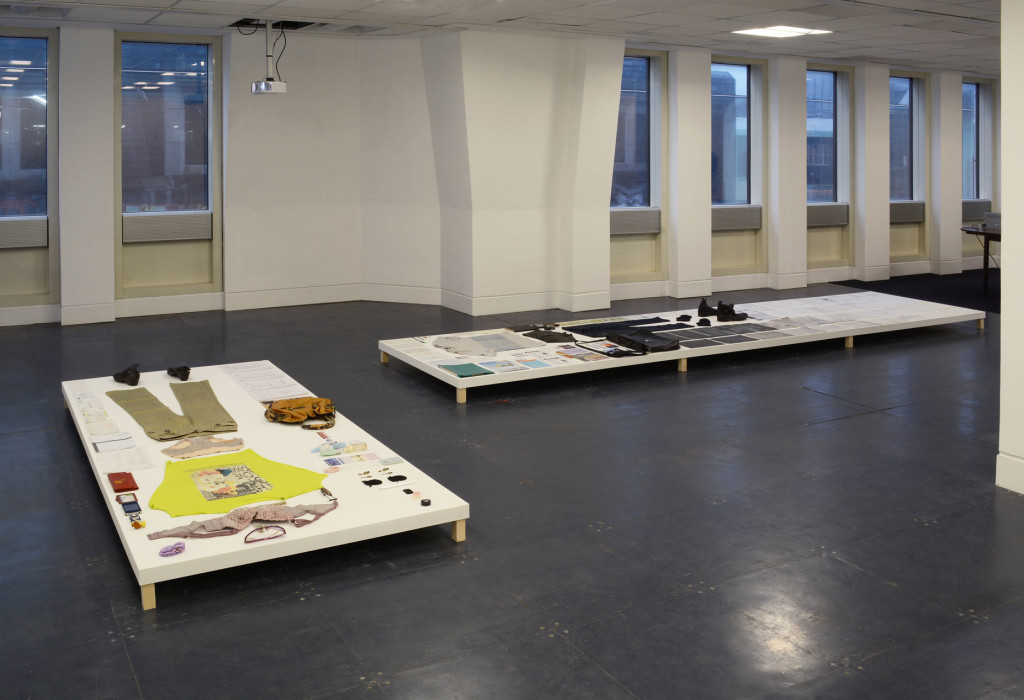 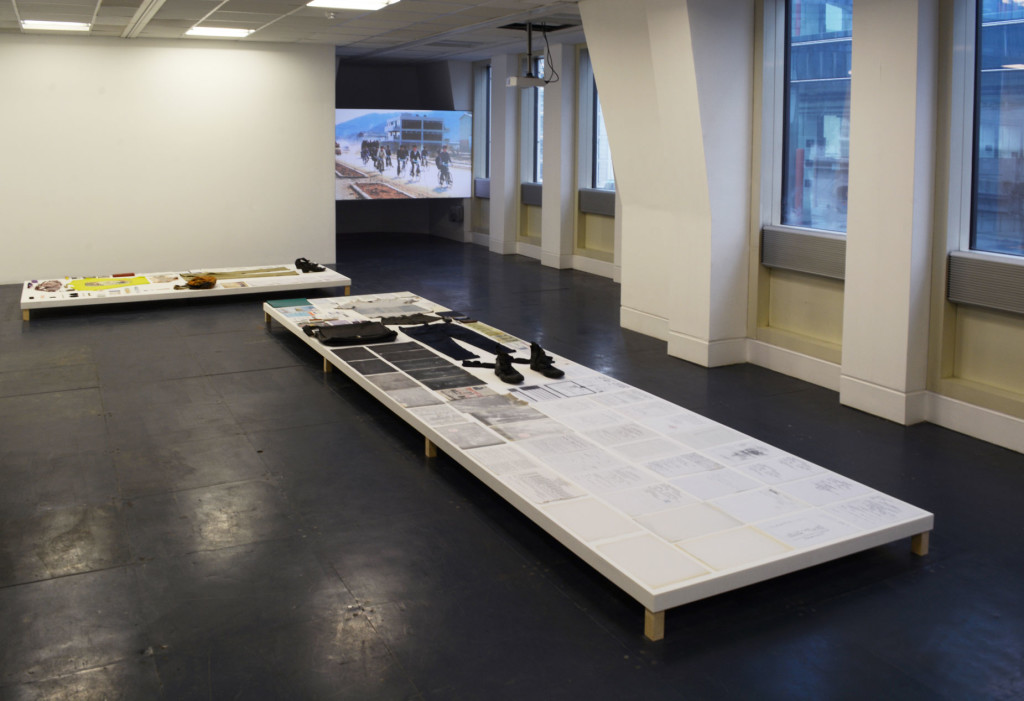 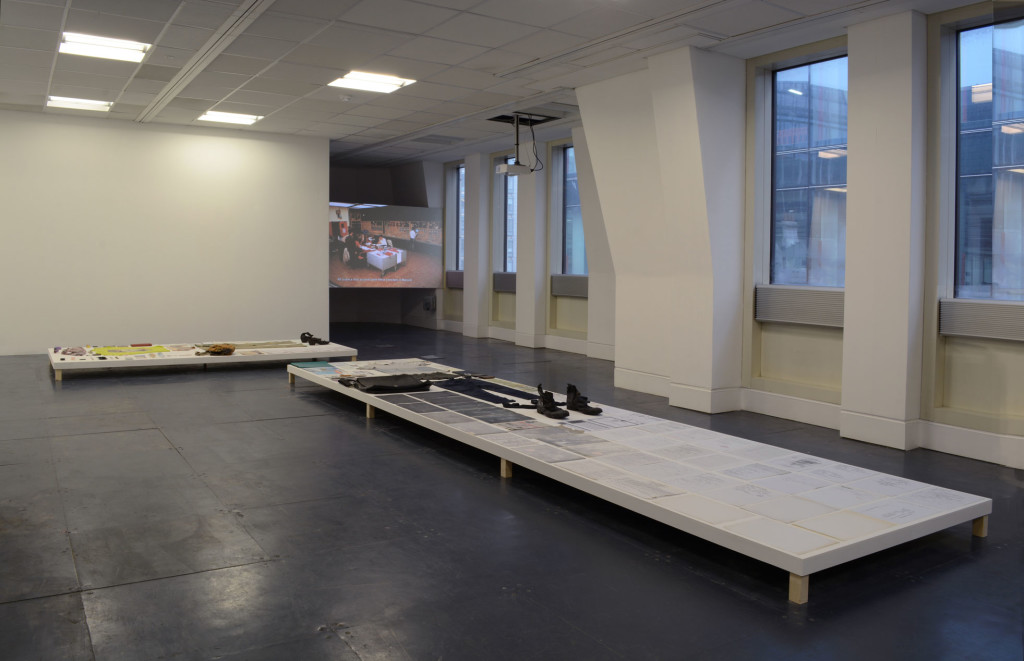 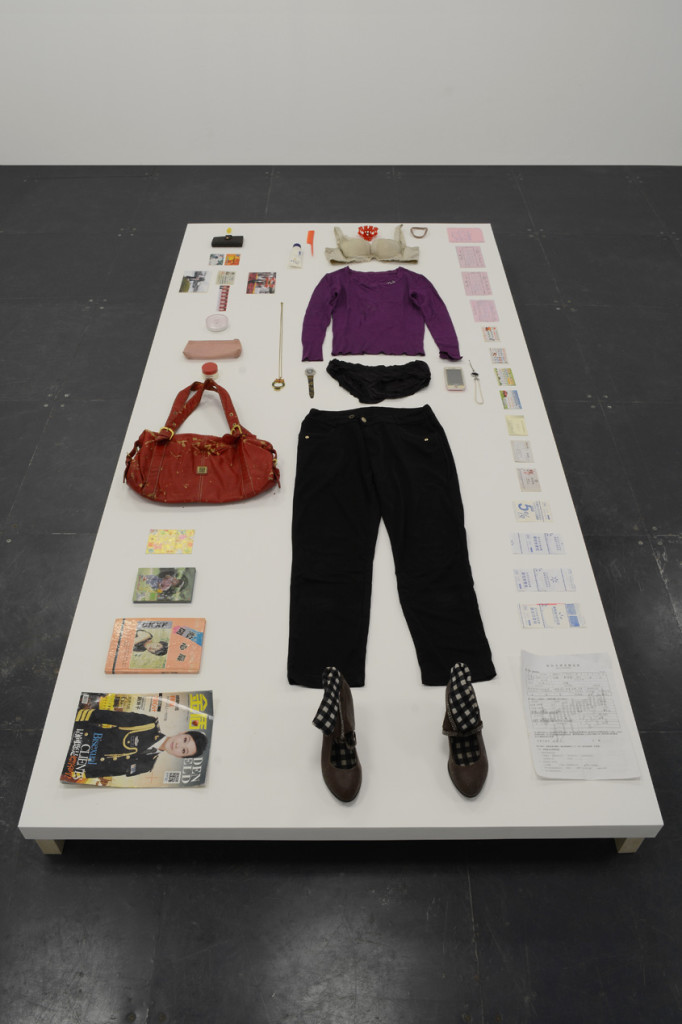 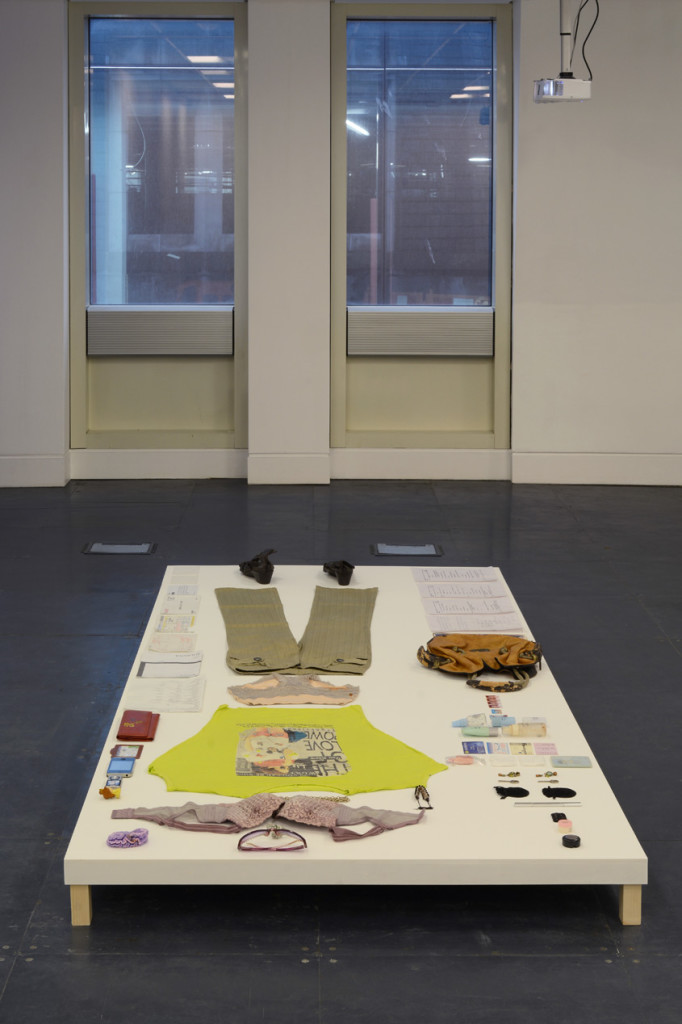