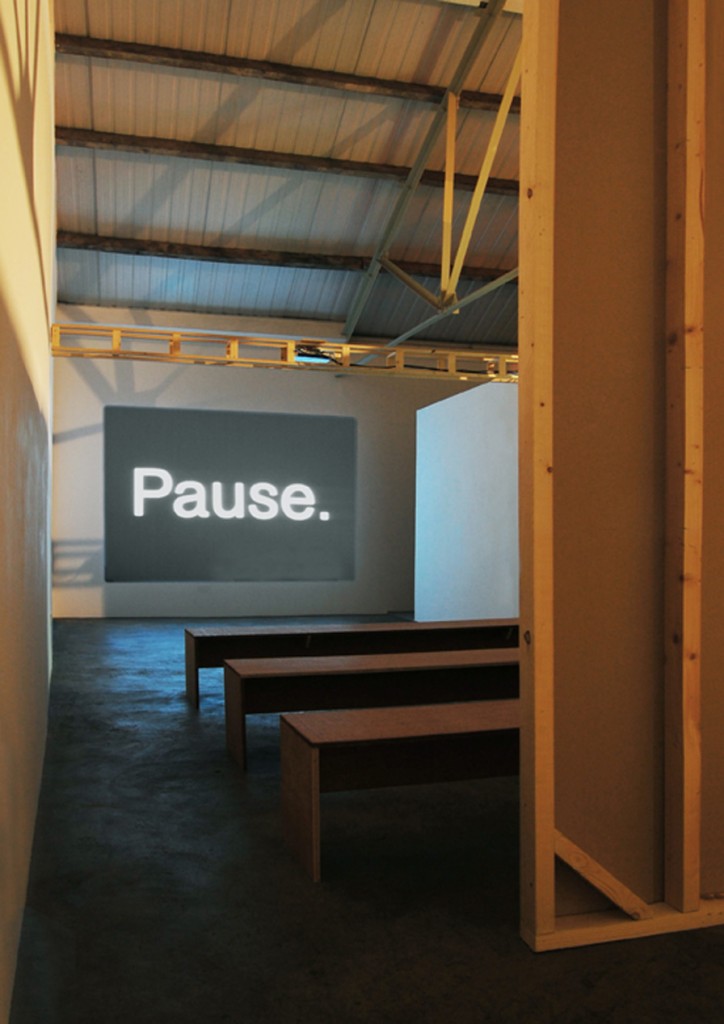 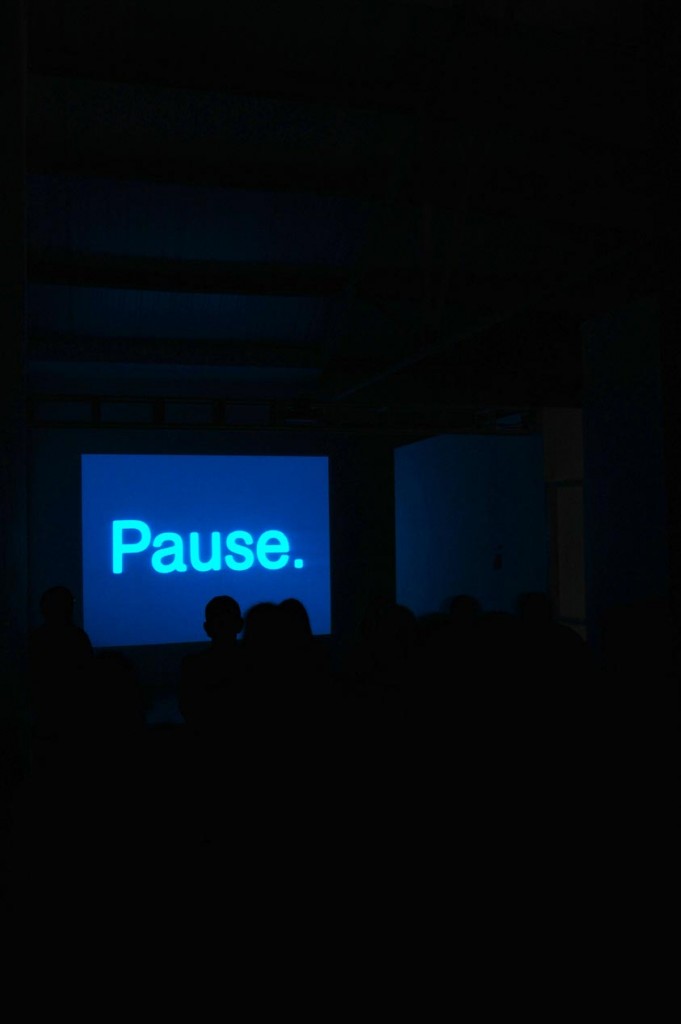 As the opening of a year-long programme of predominantly experimental film works and video installations at mother’s tankstation, we are honoured to present Michael Snow’s canonical 1982 conceptual cinematic work, So Is This.

The strategies Snow employs in this probing, but humour-laden, acknowledged masterpiece are simultaneously simple yet engagingly complex. Ostensibly, So Is This is a forty-three minute long, silent film work, to be viewed from beginning to end, constructed solely from intertitles: Snow laboriously shot text, in the form of single, short “light” words, in negative, on celluloid in temporal sequence (now transferred to DVD). This process allows the viewer to mentally cement the ‘narrator’s’ words together to construct sentences and paragraphs. The effect – akin to controlled, depicted thought – is nothing short of mesmeric, and has been politely described by the long-time film critic of The Village Voice; J. Hoberman, as defamiliarising “…both film and language, creating a kind of moving concrete poetry while throwing a monkey wrench into theoretical debate…”.  Although the exploration of film and writing, ‘image’ and text was an important area of investigation in a number of conceptual works throughout the 70s and 80s, Snow’s agenda in So Is This was, perhaps, prompted as much by the censors increasing interest in his work as its art-world chronology. Ultimately, it is the artist’s (on-going) and the work’s (particularized) concerns with the freedom of opinion and speech that makes this work timeless and eternally relevant.

The strange social process of reading words on moving celluloid frames in a populated theatre is self-evidently distinct from the self-regulated steady, private reading of words on the page and should perhaps carry a health warning; this film may be especially unsatisfying for those who dislike having others read over their shoulders (no audience rage, please). There is rather, an odd satisfaction in the shared experience, which amplifies the humour, the message, and the conspiratorial nature of an intimacy simultaneously imparted. In an ever-noisier world, there is also a compelling disparity between the silence of the work and the insistently dominant and controlling presence of the ‘narrator’, who carefully draws a distinction, in the third-person party, from the ‘author’. Through the façade of narrator the real power of “the author”, Snow, concentrates special attention on the small words (as the title indicates), which cradle the meaning of more complex sentences.  The word – again as indicated by the title – most emphasized is ‘this’, which Snow beautifully describes as “the most present tense word there is”. The individual words that make up the frames are all set to the same margins. The result being, that small words are more emphasized, by dint of taking up a larger portion of the screen, while the longer ones are reduced in scale and impact (and often speed) to fit the margins. The duration of each word on the screen varies greatly, as does the darkness in the pauses between the words. This rhythmic pacing of words and darkness consciously moves the viewer/reader between humour and infuriation. Unlike other textual forms, where you can scan through sentences and paragraphs to make meaning, So Is This only allows the audience to read at a pace strictly controlled by the filmmaker, whereby Snow underscores that all information is ultimately a carefully controlled construct.

The words of So Is This are typeset in Helvetica font – a standard sans-serif style heavily utilised during the seventies and eighties, and also employed by Kruger and Holzer. However, rather than the adoption of a clean, graphic-studio appearance, Snow focuses in upon the imperfections characteristic to manual typesetting, stressing the humanized presences of the silent disembodied voice/s of the narrator/author. The letterings are sometimes cracked, or slightly fraying at the edges. Similarly, Snow used out-of-date colour film stock to make this ‘black and white’ film, which the viewer soon realizes is not black and white at all, but a range of dark and light colours. Some words have a flicker effect, and at times the ‘white’ text bleeds into a yellow tone, while the ‘black’ background moves toward a dark green. Although minimal in its use of ‘imagery’, So Is This maintains a particular beauty in the simplicity of shapes and colours – the serendipitously unpredictable nature of out-of-date film – wherein the film-maker becomes almost a formalist painter in light. It also may seem odd to discuss aesthetic agendas of pattern, rhythm and colour in relation to such a theorized conceptual work like So is This, but Snow clearly pays indulgent attention to such details, and it is perhaps his masterful deployment of such, to conceptual ends, that adds to the work’s insistent longevity. 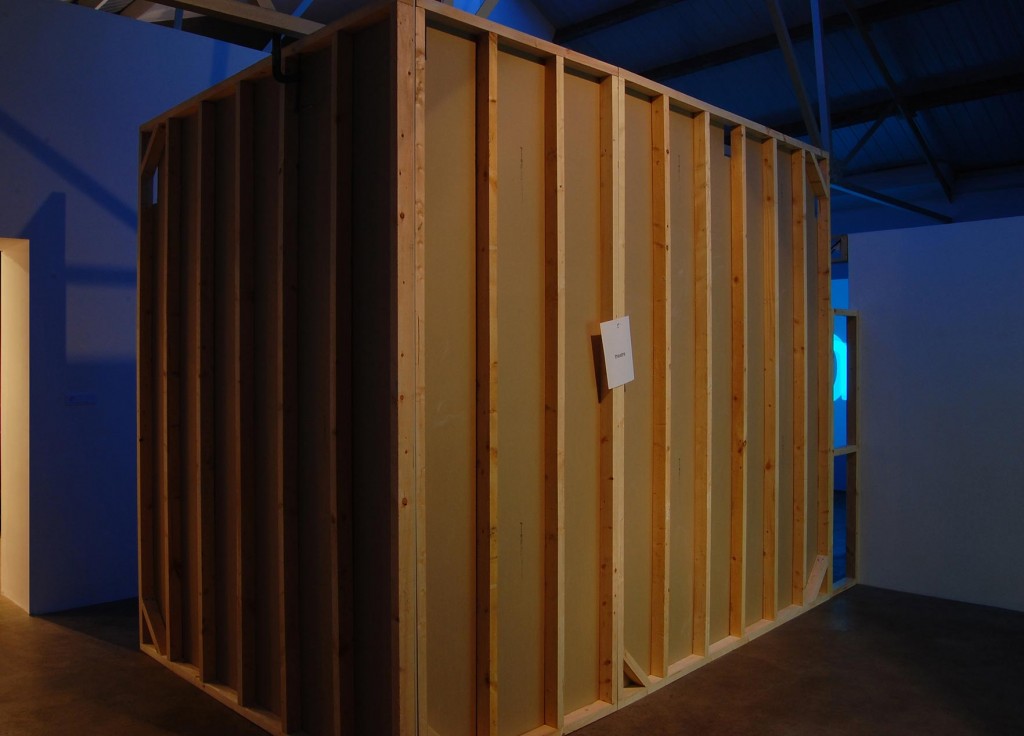 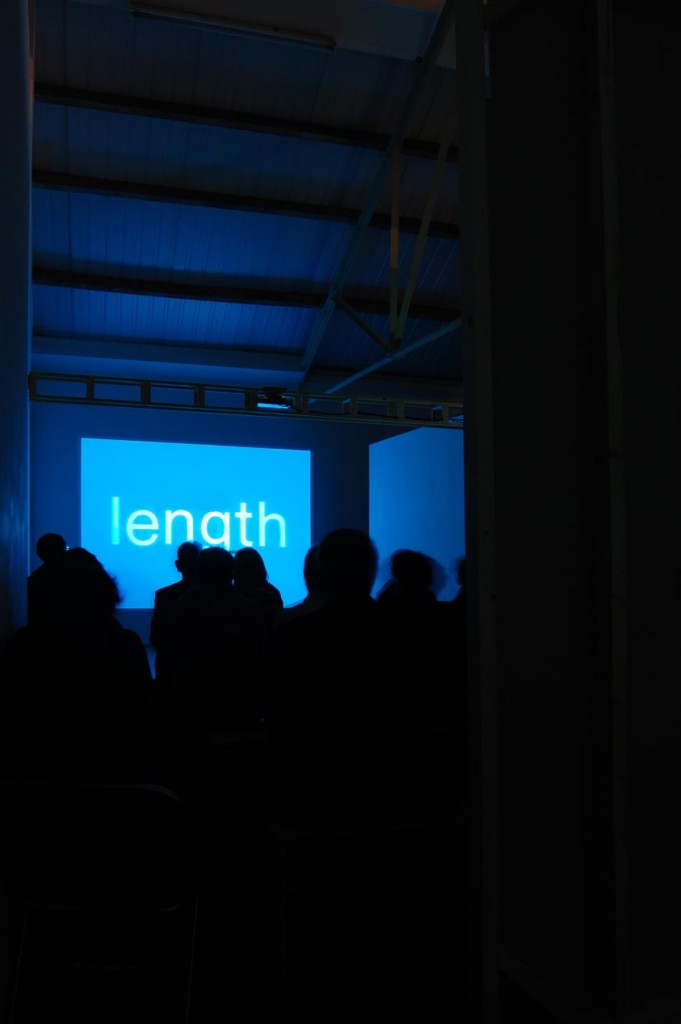 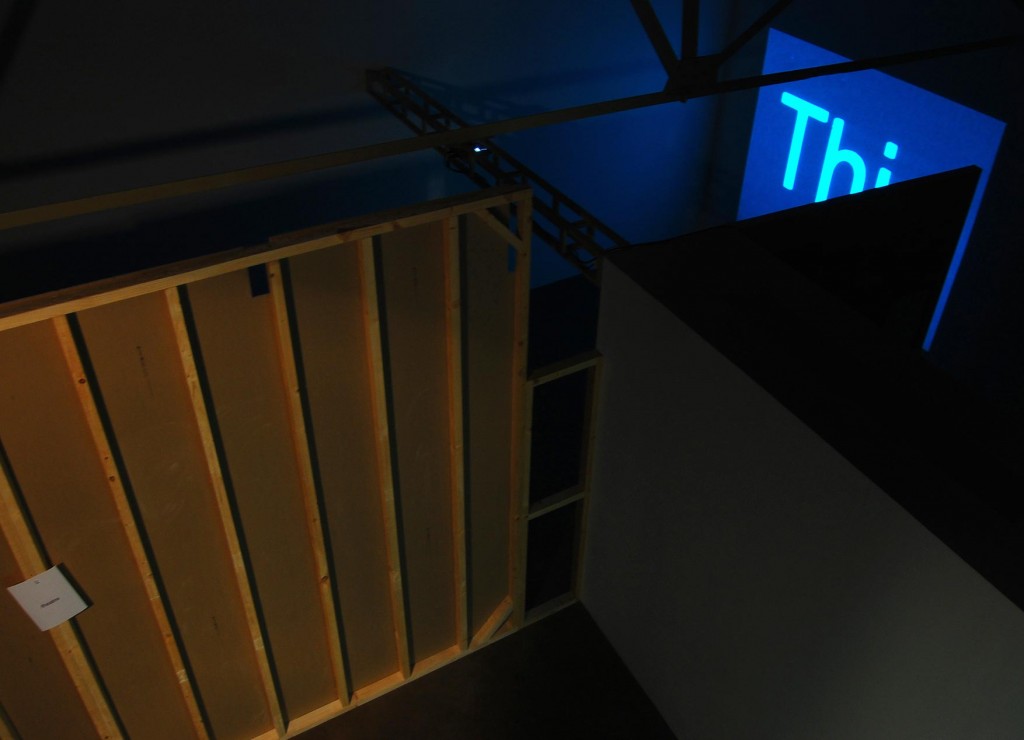 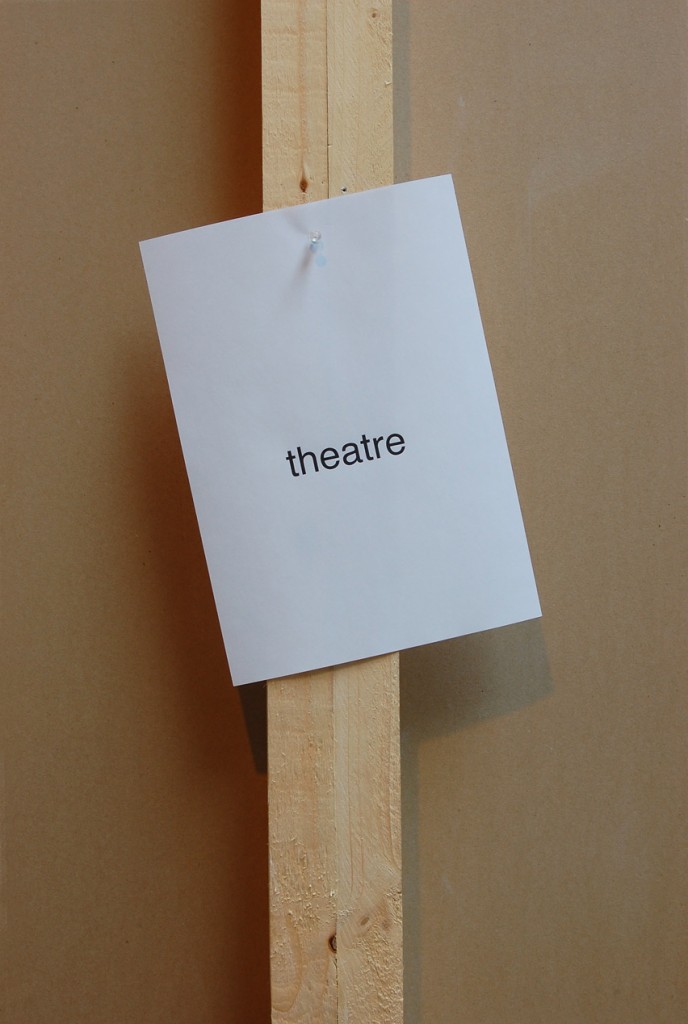 Michael Snow So Is This
Installation detail
2009 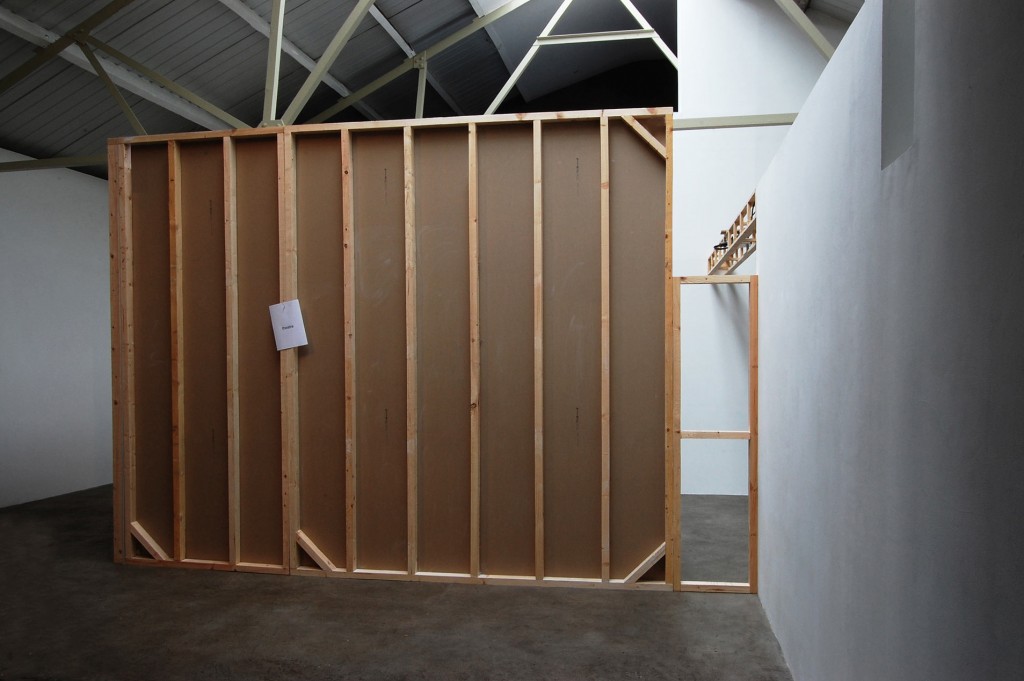 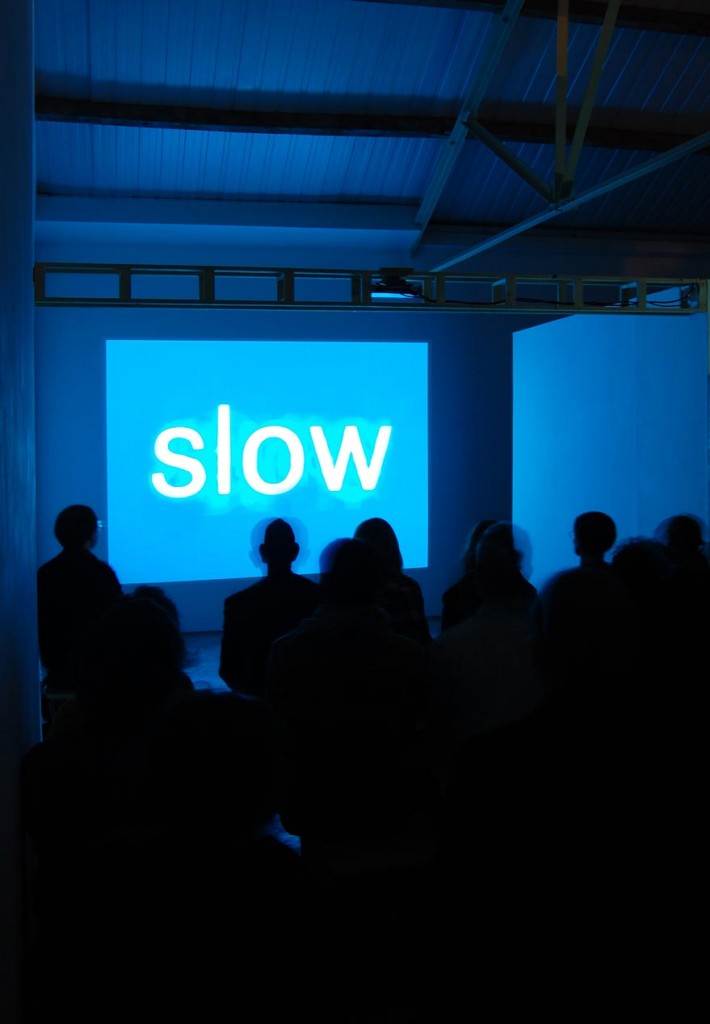 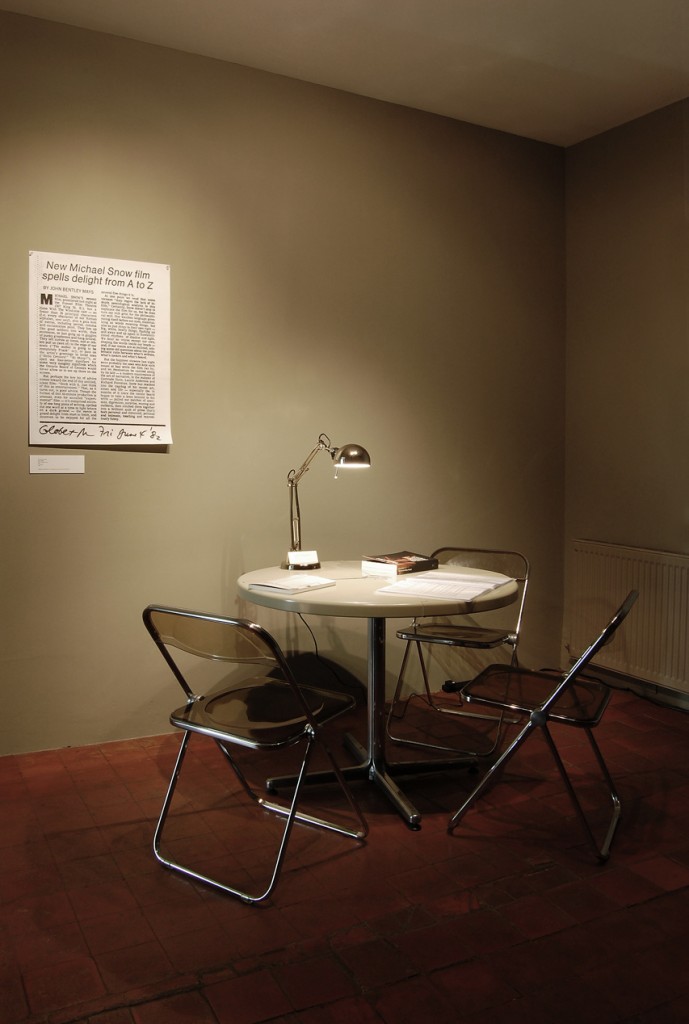 Michael Snow So Is This
Reading room
2009