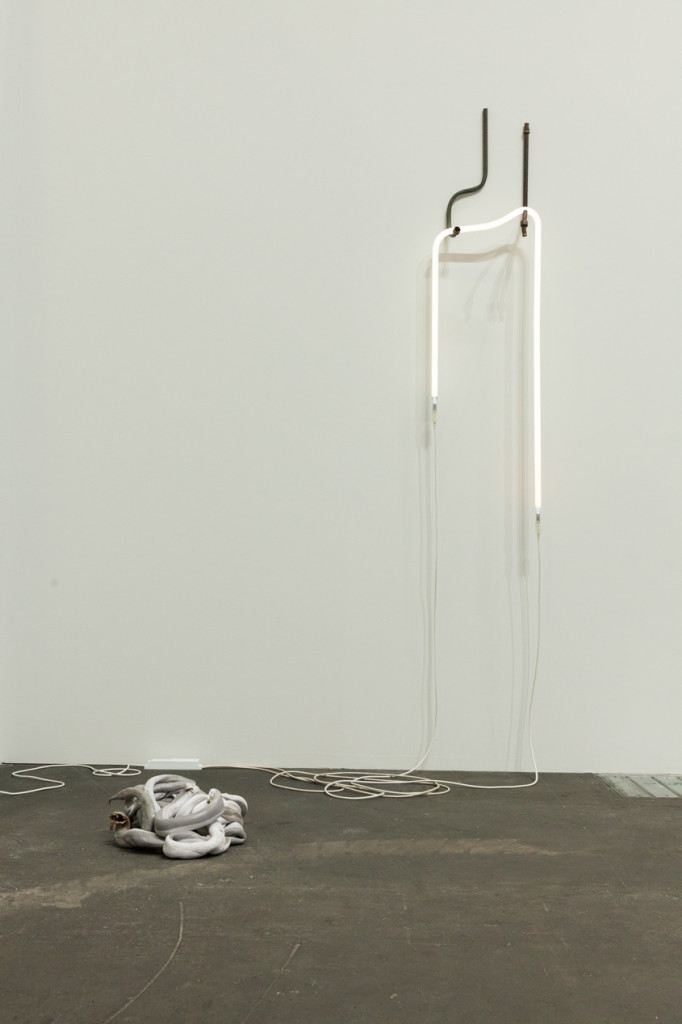 The installations of the Swedish artist Nina Canell register changeability, uncertainty and exchange within sculptural processes. Her communities of objects quietly interact with one another. Electrical debris, wires, copper tubes, chewing gum and stray socks might establish temporary, almost performative, sculptural unions with natural findings such as water, heat, air and stones. An improvisational methodology and a flexibility of form highlights Canell’s sculptural vocabulary, which exists between the material and the immaterial.

In 2014 she began working with found subterranean electricity and communication cables. The flat cross-sections of these conductors articulate a short stretch in the unimaginable distance of relational transfers. During the past year several substantial installations have been dedicated to this body of work, notably at the Lyon Biennial (2015) and her solo exhibitions at Moderna Museet in Stockholm (2014) and Arko Art Center in Seoul (2015).

Nina Canell showed Shedding Sheaths for the first time at the Arko Art Center in Seoul, South Korea last year. In 2015, the artist was invited for a solo exhibition there and it marks the first time a comprehensive body of her work was presented in Asia. For the exhibition Satin Ions at Arko, Canell has made research into the production and distribution of fibre optic sheaths in the outskirts of Seoul, where cable mounds are sorted according to colour and eventually remoulded into the synthetic circumferences of future relations. Literally caught in between melting and being repurposed, several hundred meters of gutted sheaths are compressed into dense lumps of immaterial distance. Contextualized by both recent and earlier works, the exhibition considered sculpture as a medium of storage, transmission and reception.

Beside these Shedding Sheaths, the installation consists of two other parts: Satin Ion, a neon work and Thin Vowel (Stretched). Thin Vowel (Stretched) generates a waveform that journeys through the upper part of the audible frequency range before it disappears from our hearing range, seemingly dissolving into the air. This work also moves between what is there and what is not, using the limits of our perception to generate the sensation of a recurring presence. Taking its power from the 240-volt power outlet, the waveform generator converts this signal to a pure sine wave, and its pitch shifts over a number of seconds. 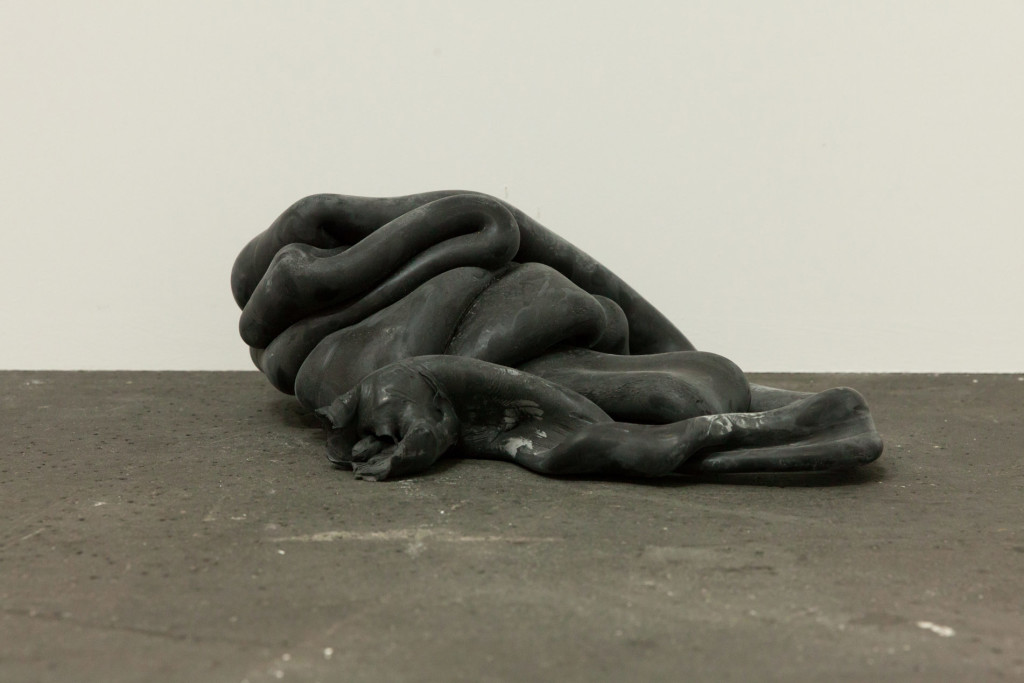 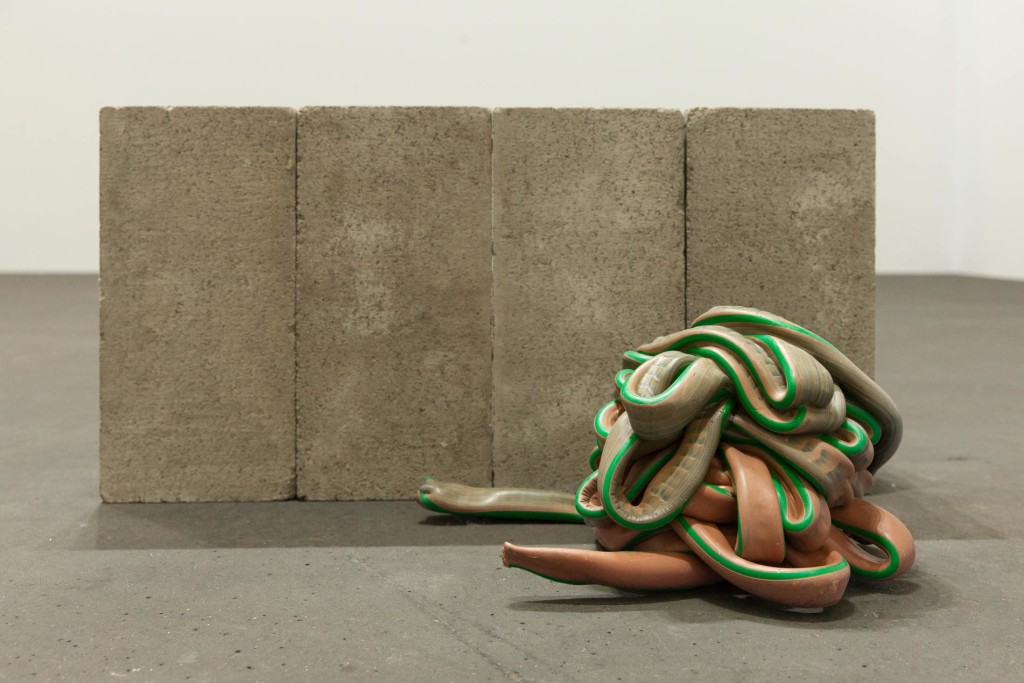 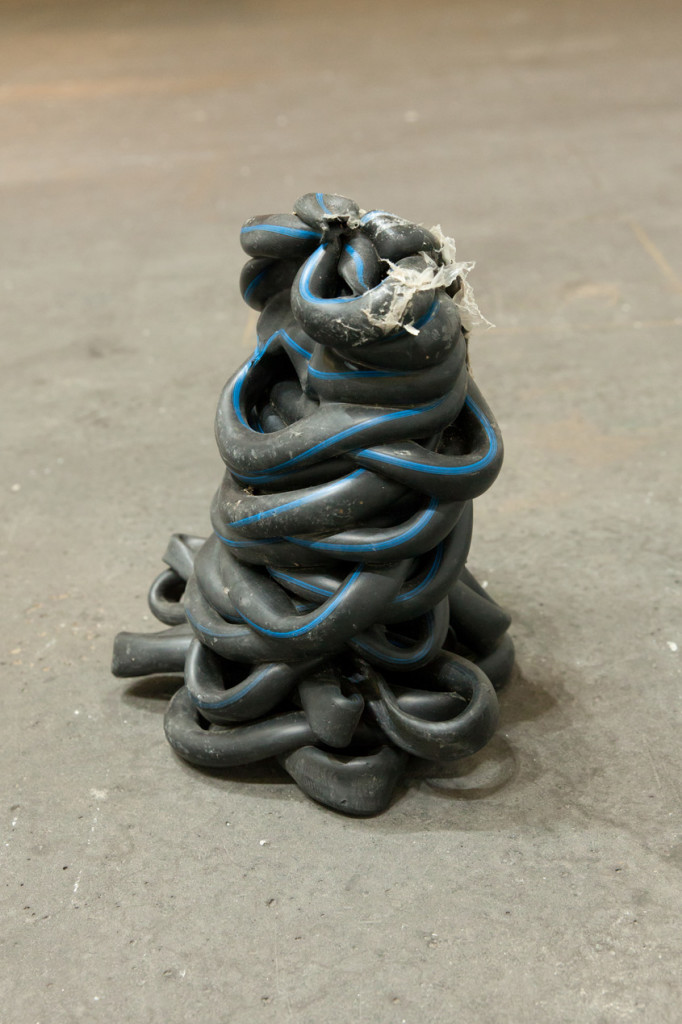 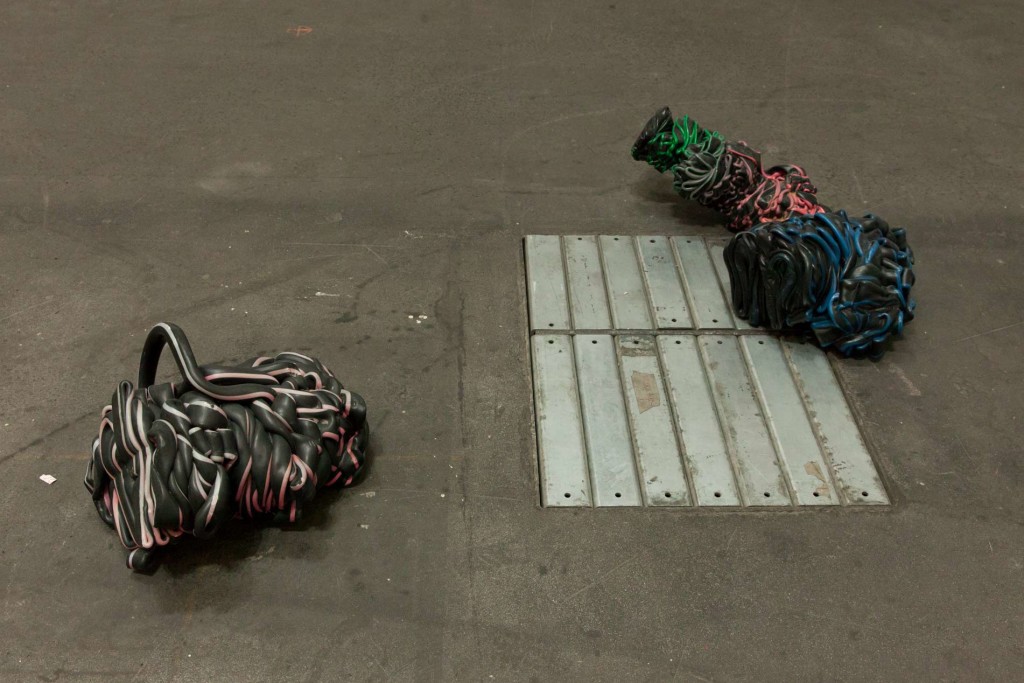 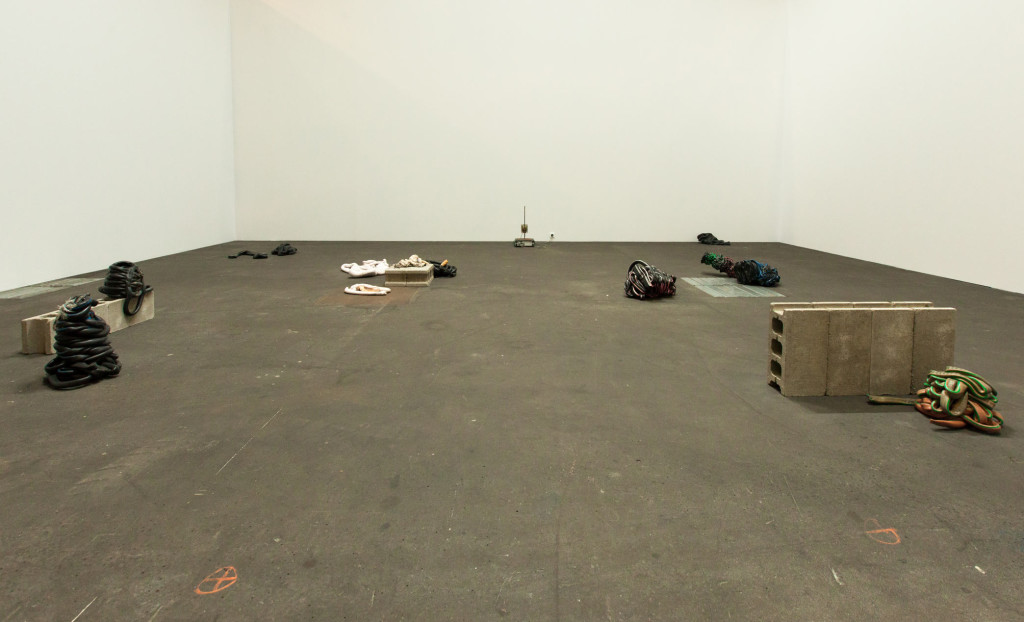 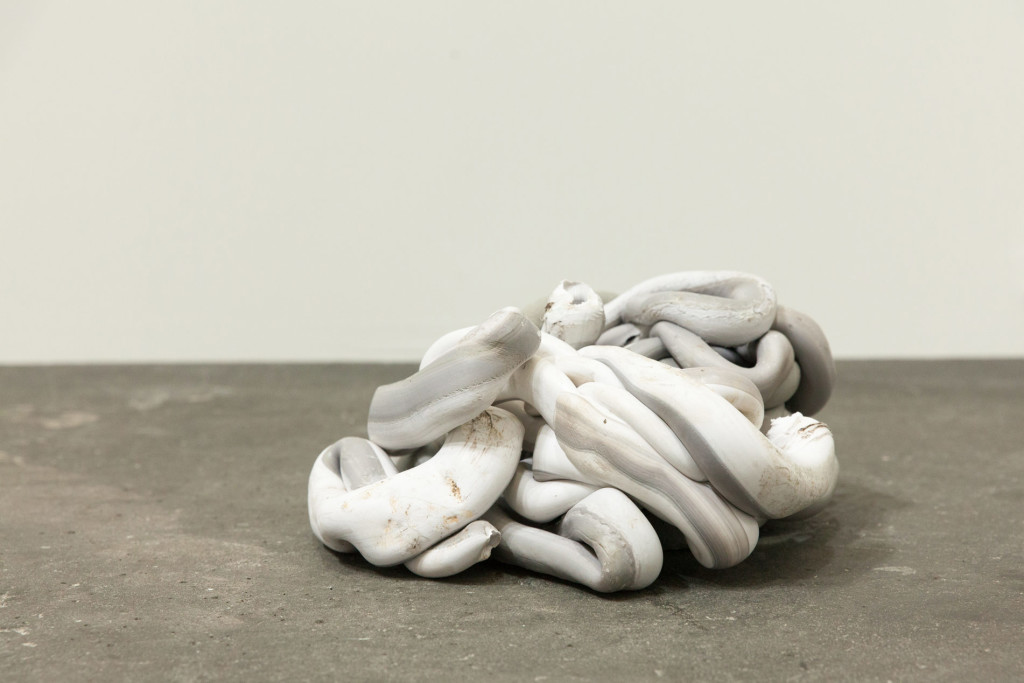 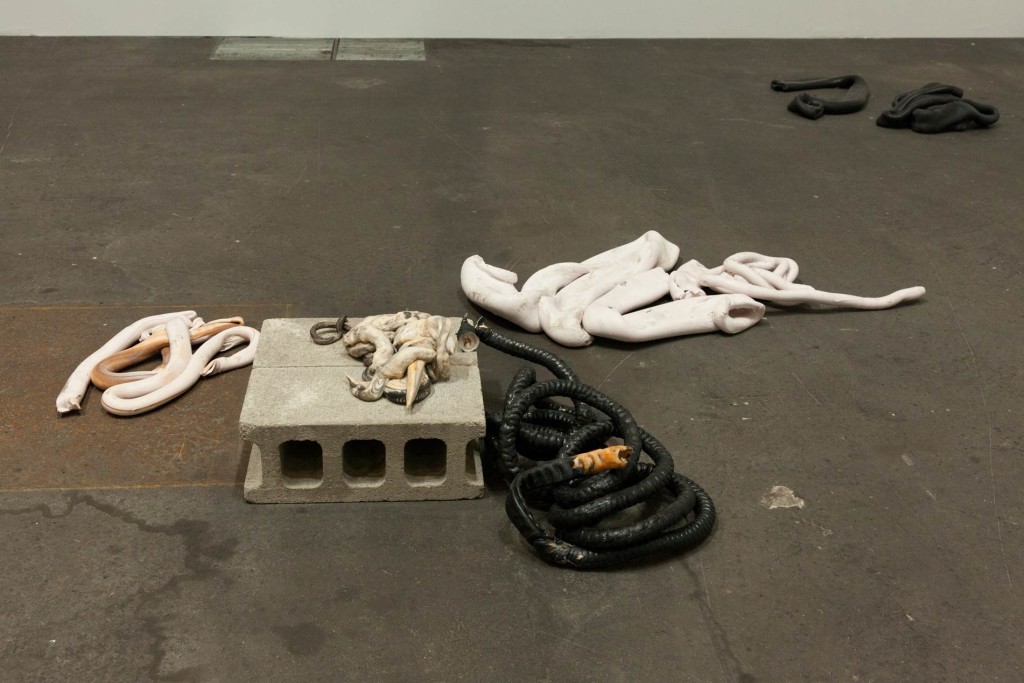 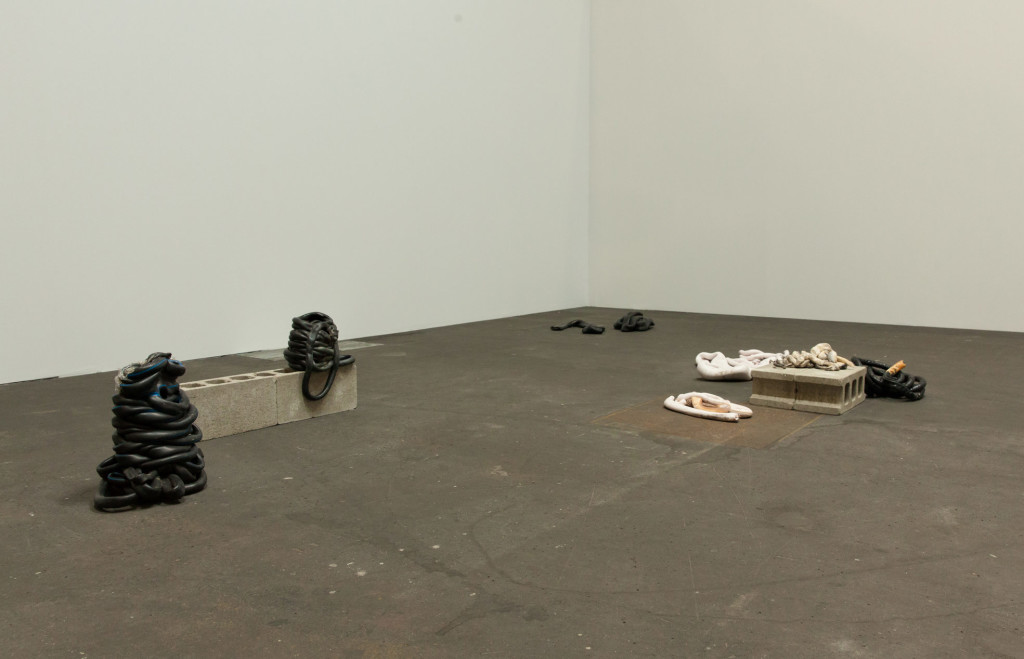 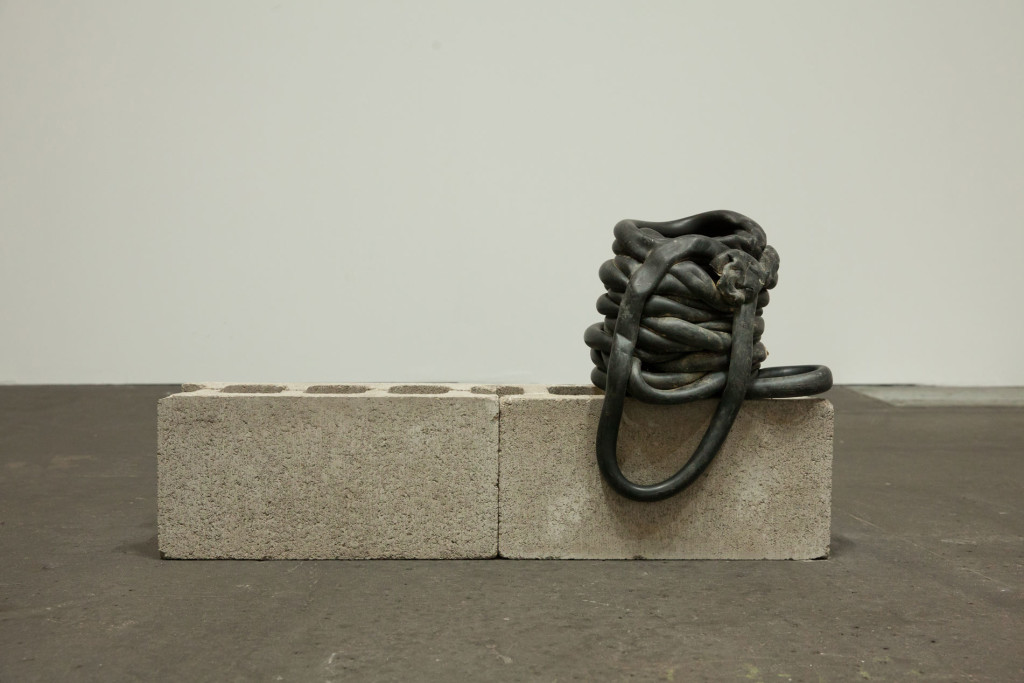 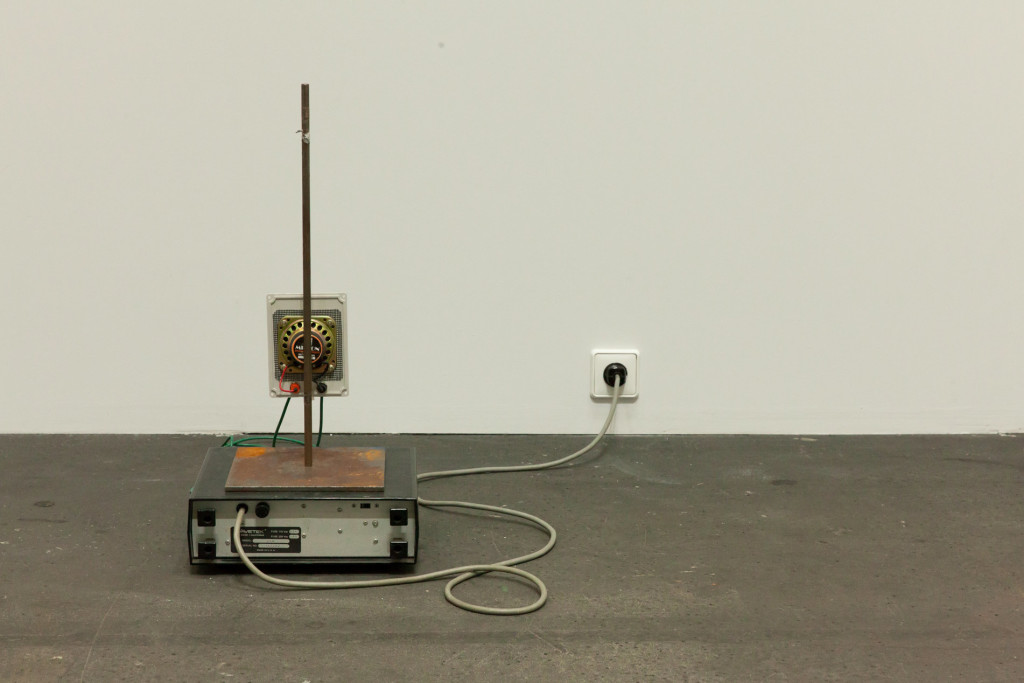 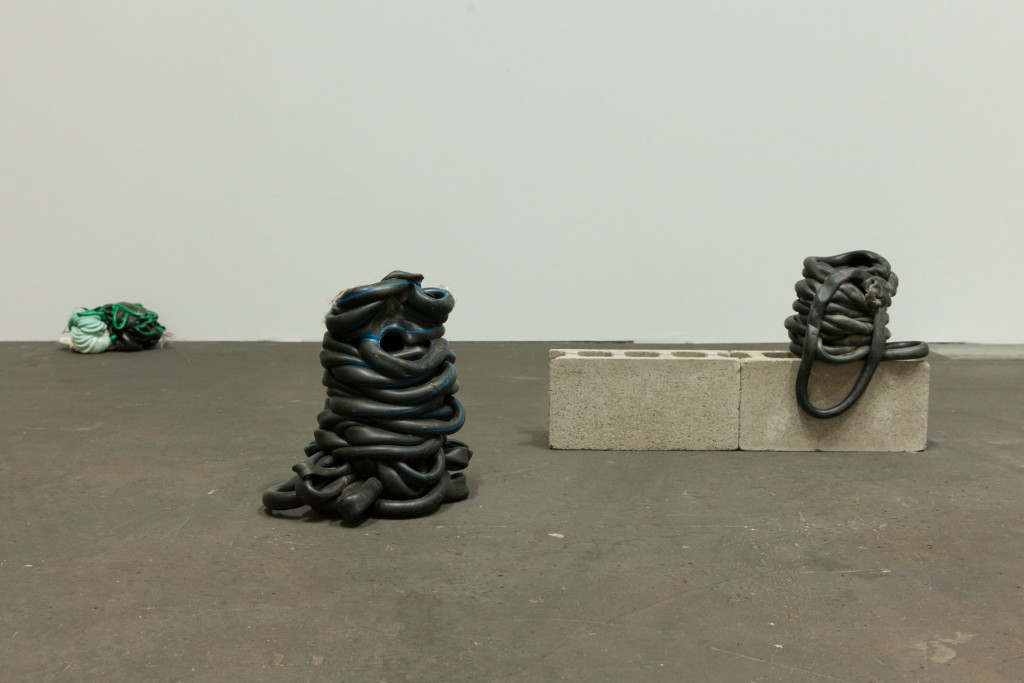 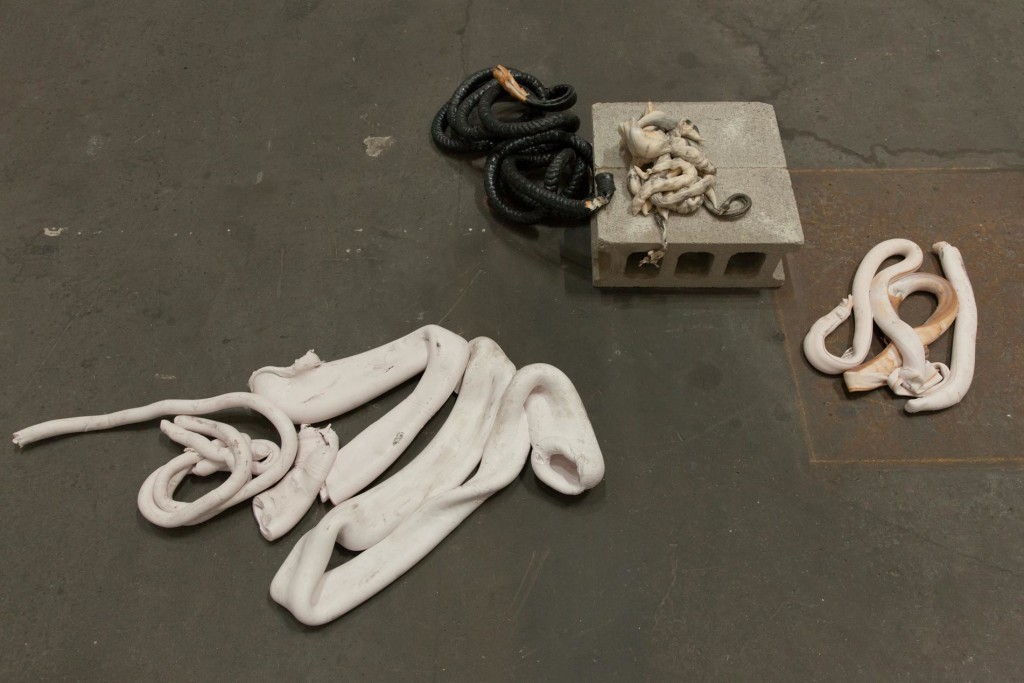 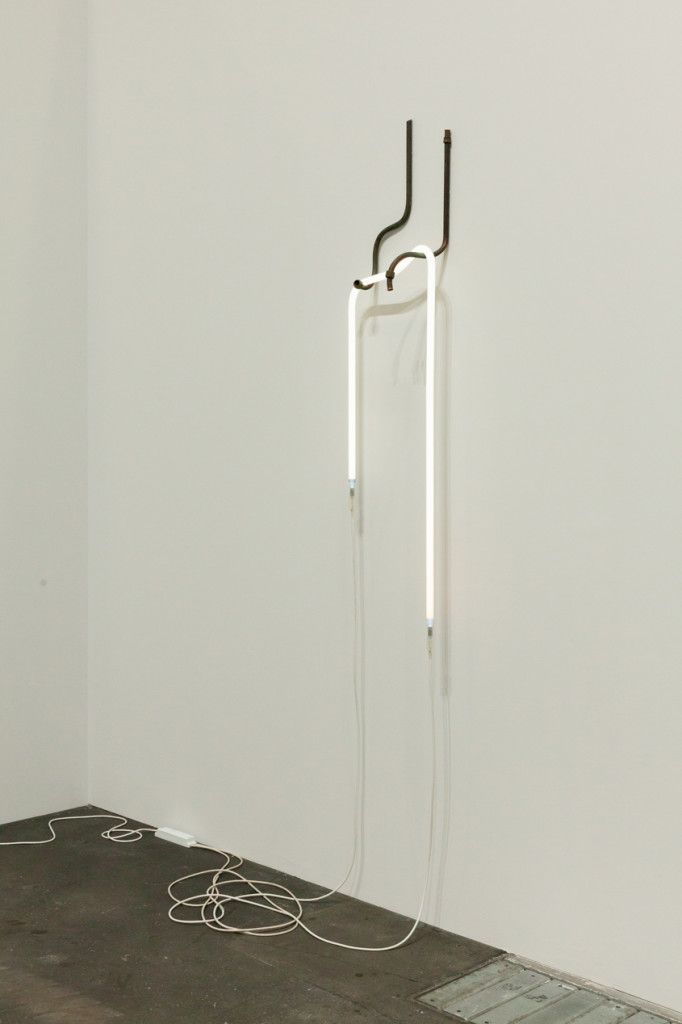 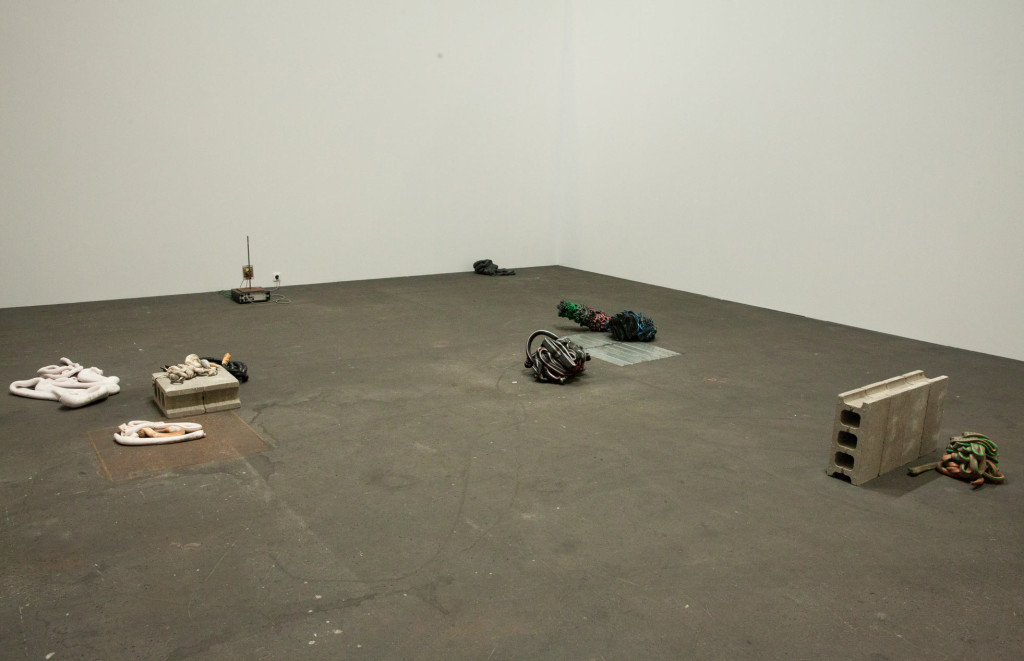 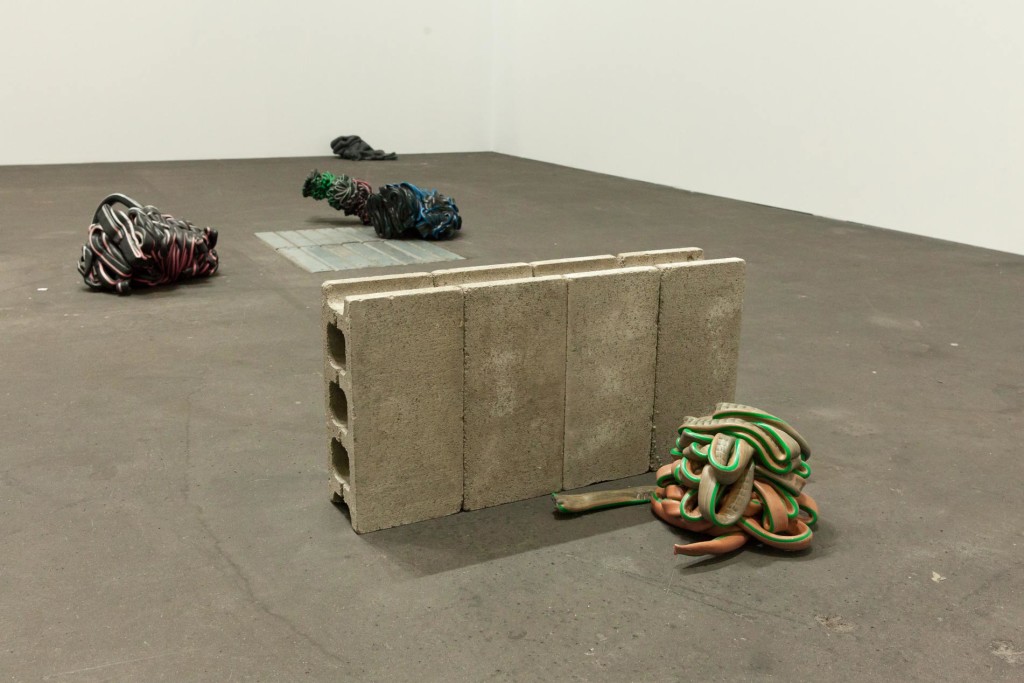