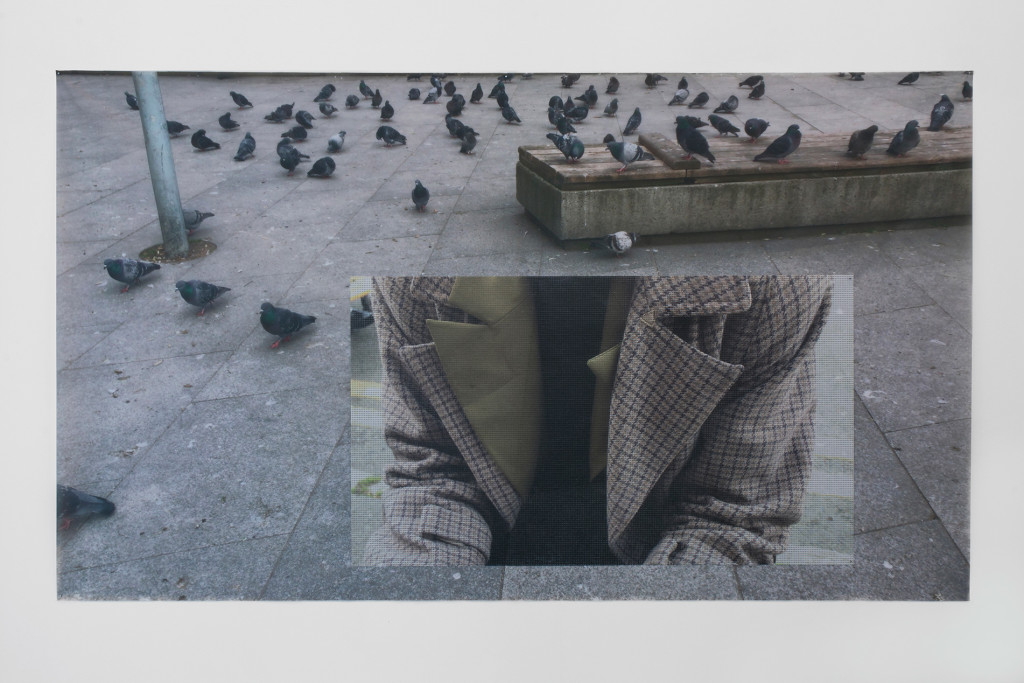 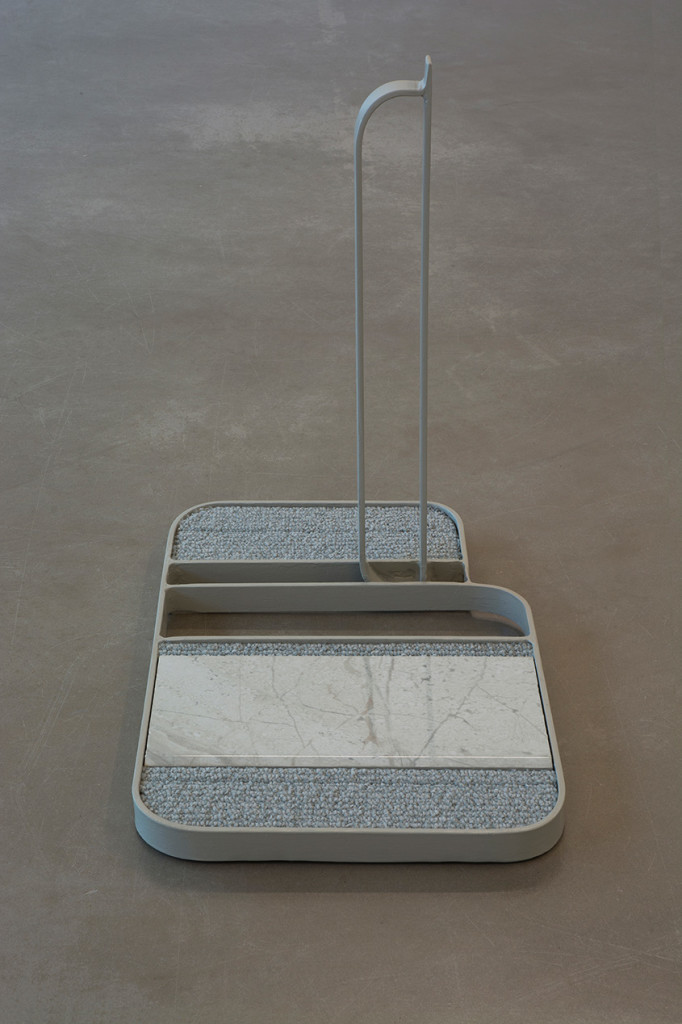 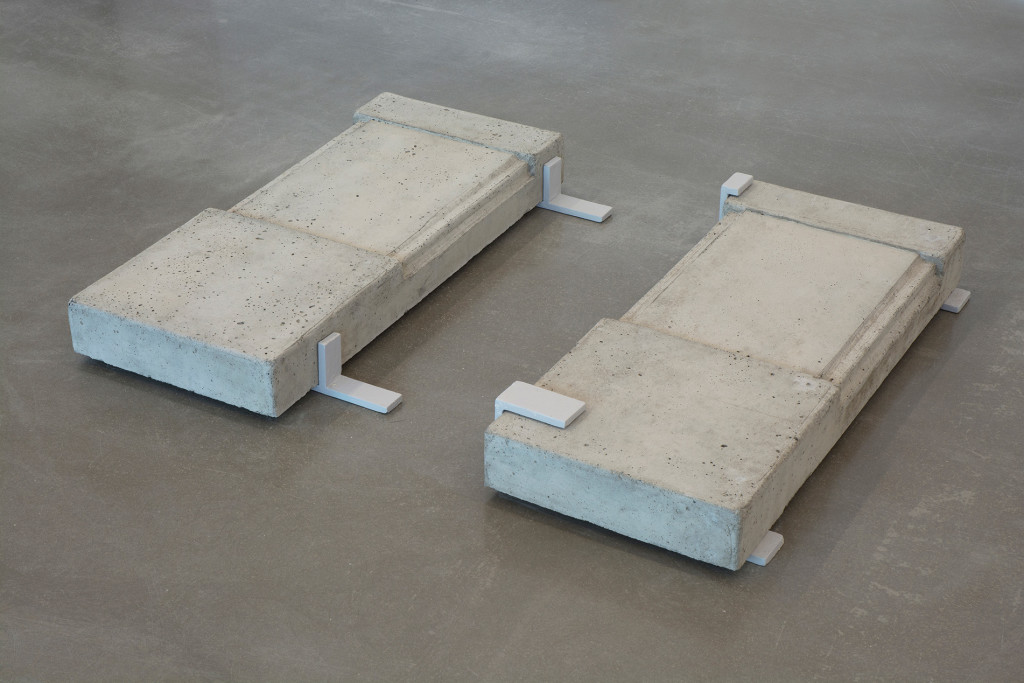 The (approximate) efficacy of relationships between procedures and space.

It’s a very wet Thursday in Dublin. Not poetic wet, real wet; cats and dogs wet = an umbrella each wet. To underscore this unequivocal fact, we, three, are standing in the subterranean back basement, a dark former scullery, possibly, of a perfectly pure, stripped-out ghost of an Irish Georgian mid-tier professionals’ house; a doctor or lawyer’s, a city councillor’s? Someone Leopold Bloom might have passed, half-noticed, on his perambulations through the city. Which or whatever, the back basement room certainly would have kept Bloom’s paper-wrapped package of Kidneys cool and fresh. The entire property, no longer this nor that, but still somewhat rooted by it’s Bloom-era decor, domestic space to grand double-fronted sash-windowed parlour, now functions as the elegantly decayed, plumbingless, heatingless, studios of a number of artists. A structure partially redetermined.

I never quite understand how this happens – the approximate efficacy of relationships between procedures and space? Áine McBride’s studio, beyond a shared workshop with mounted tools; Architects everywhere have recognized the need of tools which may be put in the hands of creators of form, with the simple aim… of making the bad difficult and the good easy 1 – seems somehow appropriately, cast deepest into the building. There is a patched window, looking out onto the equally faded and equally sunken, back garden, but today little light comes in – I wonder if it ever does. Predominantly the interior illumination comes from a vertically mounted, free-standing fluorescent tube, a panoptic tower that extends from slightly dug down earth floor to, lowish ceiling: earth to heavens. Alongside this emanating tube, we also, equally, occupy the majority of the vertical space.

We, three, are at the top of this low world, looking down to the ‘city floor’ which comprises of a network of roughly similar things, ‘sets’; “groups of roughly approximate things”; top-seen symbols, with facades and fascia planes – “an amalgamation of surfaces that often do not conform to knowable (post-minimalist) forms/shapes” 2. ‘Surrogates’ (not models) of low shutter-cast concrete, wooden and ceramic structures, a town, a city, a small independent state, within a building, within a small city. Mobile; endlessly rearrangable, these sets of un-specified blocky objects contradictorily suggest the intention (a planned) atopian project; an impossible nowhere, nowhen, in a constant state of (or between) construction, deconstruction, reconstruction, wherein there’s no will or desire to understand the differentiation between such catagorisations. Wilfully missing the unequivocal need for the exactitude of the mathematical symbol =, instead the approximate arrangements of ‘structures’ in McBride’s practical universe privilege the near-equational mathematical ‘Tilde’ symbol: ~ 3.

Áine McBride’s low-lying, cast concrete blocks aggregate or conspire to resemble modest single and double story-modernist structures. Transported, suddenly I’m in part three; Spatial Practices, of Michel de Certeau’s The Practice of Everyday Life. Like a plug-in load from The Matrix, we four, along with De Certeau, are on the one-hundred-and tenth floor4. He begins with an extravagantly Baudelairean question: To what erotics of knowledge does the ecstasy of reading such a cosmos belong? Having taken a voluptuous pleasure in it, I wonder what is the source of this pleasure, of “seeing the whole,” of looking down on, of totalising the most immoderate of human texts [?]. From this overviewing distance, he maintains, it is a text of abstraction, rather than an ‘abstract’ language, as like Icarus flying above, we can “…ignore the [prosaic] devices of Daedalus in mobile labyrinths far below” 4.

This abstraction of text; utopia-by-distance, is only hacked into, activated, by the phonemic act of speaking it. To do so, to engage its otherwise sterile formal signs, it’s imperative to descend to the atopian, but ultimately meaningful, ground floor level, to occupy, touch, hear the echo of the spaces between things. De Certeau insists we must fall like Icarus (take the blue pill), to become Bloom or Baudelaire’s dualistic flâneur as pedestrians, walkers in the city, experiential inhabitants of the infinite tracts of perpetual transition: The surface, ‘the real world’, is formed from endlessly mutating, ad hoc, agglomerations of private and public space, sets of roughly similar things of approximately indeterminate use, endlessly re-arranged, converted, demolished, re-built, converted, re-arranged, demolished, rebuilt… “The atopia-utopia of optical knowledge has long had the ambition of surmounting and articulating the contradictions arising from urban agglomeration or accumulation… perspective vision and prospective vision constitute the twofold projection of an opaque past and an uncertain future onto a surface that cannot be dealt with.” 5

Paradoxically, although theoretically visible (not audible) from above by remote surveillance, we, the urban walker, cannot practically see ourselves, down below; by descent we become engaged in the real game, but are simultaneously rendered as removed panoptic subject. This is perhaps what McBride describes as “… an interior/exterior dichotomy” and expresses through a projection of the what may be, rather than the practically invisible or physically inexperienceable, is. Her works therefore “collage” – a term roughly relative to the application of the real, the extant – especially fabricated ‘things’ that hypothesise projected use, having been used, usefulness, inhabitation, etc., but are, to all actual intents and purposes, in fact inherently useless;  “…the idea of both private/public, domestic/urban…”  is negotiated by “the works themselves having opes, openings and forms that simultaneously entangle their ‘inside’ and ‘outside’ ” 6.

McBride adds photographic elements and graphic symbols to further disorientate, deconstruct, frustrate, what Foucault analysed as the “structures of power” 7. Merely by the organisation of details, largely of sub-routines, “hierarchizing deviances” 8; adding, shifting, re-arranging certain “minor instrumentalities”, McBride endlessly subverts the expectation of a consistent vocabulary (i.e. the rules). The photographic indicators introduce a differing categorisational or taxonomic register: printed onto plastic, semi-opaque mesh, most commonly employed in the building industry to ‘obfuscate’ – to enclose, cocoon or disguise – spaces that are under construction, change of use or some form of eventual ‘transformation’, they zoom-focus close to the ‘real’ ground level, in counterpoint to the Icarian perspective of her sets of architectonic habitations (not models). Hung low to the wall, the mesh-photos re-affix and/or dissolve scale, relative to the miniaturised city blocks; giant pigeons occupy public furniture, and are freeze-framed in mid-flight from low roofs. The shift re-attunes what were once one and two story structures to the scale of furniture, liberating us from the singular critique of graphic representation alone. The closer we go in, the more disruption to sub-routine appears; something akin to Le Corbusier’s La Main Ouverte, or a suggestion of Braque’s simplified graphics of birds in flight, both iconic images from mid-modernism, breaks rank with an otherwise brutalist topography of abstract planes 9. Georges Braque claimed, during his exploration of his early Cubist world, that he had come to understand the vertical and horizontal only through the experience of the ellipse. In the 1950s he further noted that; “Objects don’t exist for me, except in so far as there’s a rapport between them or between them and myself. When one attains this sort of intellectual non-existence, life then becomes a set of perpetual revelations. That is poetry”. Similarly, McBride’s stereotypically ‘male’ concrete blocks are poetically de-gendered (both flowered and de-flowered) by their hierarchizing deviances (i.e. rule-breaking); softenings, light pink ceramic feet, flying bird motif or reciprocating concrete cradles…

If, for example, furniture could be considered as an ‘approximate group of roughly similar things’, it is worth noting Le Corbusier’s observation that if “chairs are architecture, sofas are bourgeois”. Close, but no cigar, and as Foucault points out, the manipulation of minor detail has the potential of changing broad understanding. The only seating in Áine McBride’s studio, or indeed within her entire set of roughly similar things10, are the mesh-printed photographs of hard, cast concrete public furniture. However they are already taken, occupied by pigeons. Unequivocal indicators of the urban. “To what erotics of knowledge does the ecstasy of reading such a cosmos belong?”. Or as Mies van der Rohe put it, “if architecture is a language, when you are good at it you can be a poet”.

1 Charles-Édouard Jeanneret, adopted the pseudonym, Le Corbusier in 1920, at the age of thirty-three (old enough, you would think, to be passed such youthful arrogance).

3 The Tilde symbol classified as ‘Relational’, meaning “about” or “approximately” – “having the same order of magnitude”,  is a grapheme with several uses: In linguistics a grapheme is the smallest unit of a writing system of any given language. An individual grapheme may or may not carry meaning by itself and may or may not correspond to a single phoneme of the spoken language (c.f.  Foucault’s analysis of the structures of power). In the process of a mathematical working out, put-to-paper, there is the awareness of the employment of symbols being used to be read by another. The use of a symbol of this kind has the evocation (an agreed remit) of being akin to; “we agree that” or “we can say that”. Extracted from the artist’s production notes, ibid.

9 Both indicative images from mid-modernism (1950s), in an otherwise brutalism topography of abstract planes.

10 Somewhat incidentally, I Googled < groups of roughly similar things >  it produced fascinating results. Aside from a further illustration of Foucault’s argument, I’ll let you seek your own conjunctions…

1. Similar – definition, the meaning of ‘similar’…
2. List of mathematical symbols… [score!]
3. Psychotherapy: Understanding group therapy. Depending on the nature of your problem, group therapy can be an ideal choice…
4. How much discrimination do Muslims face in America?
5. Views of race relations – social trends
6. Do Blacks and Hispanics get along?
7. What Americans know about science?
I kid you not. 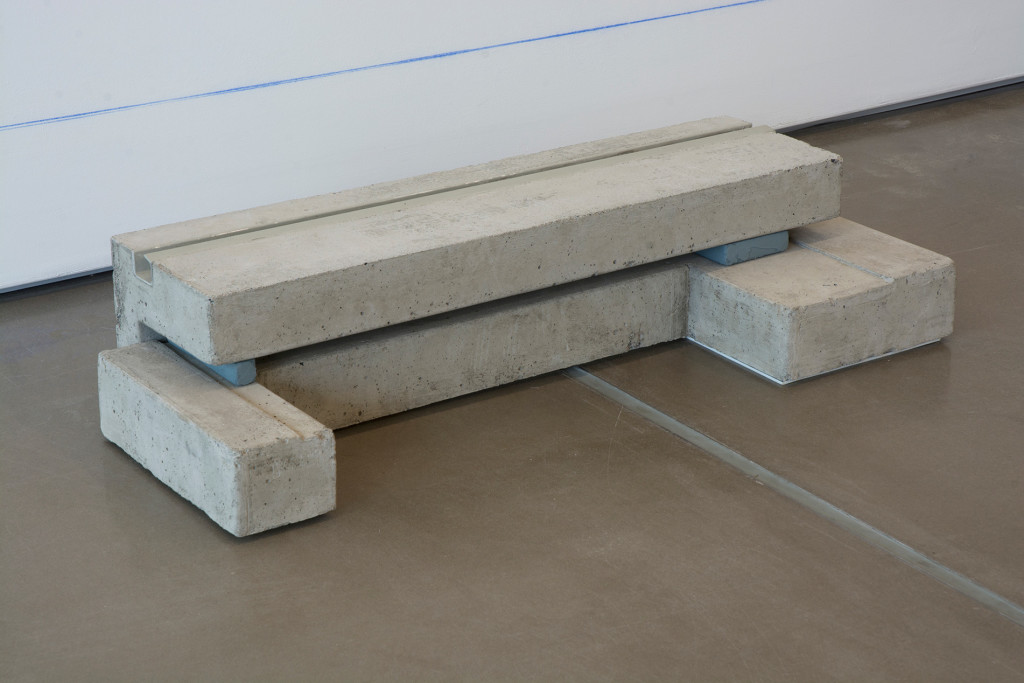 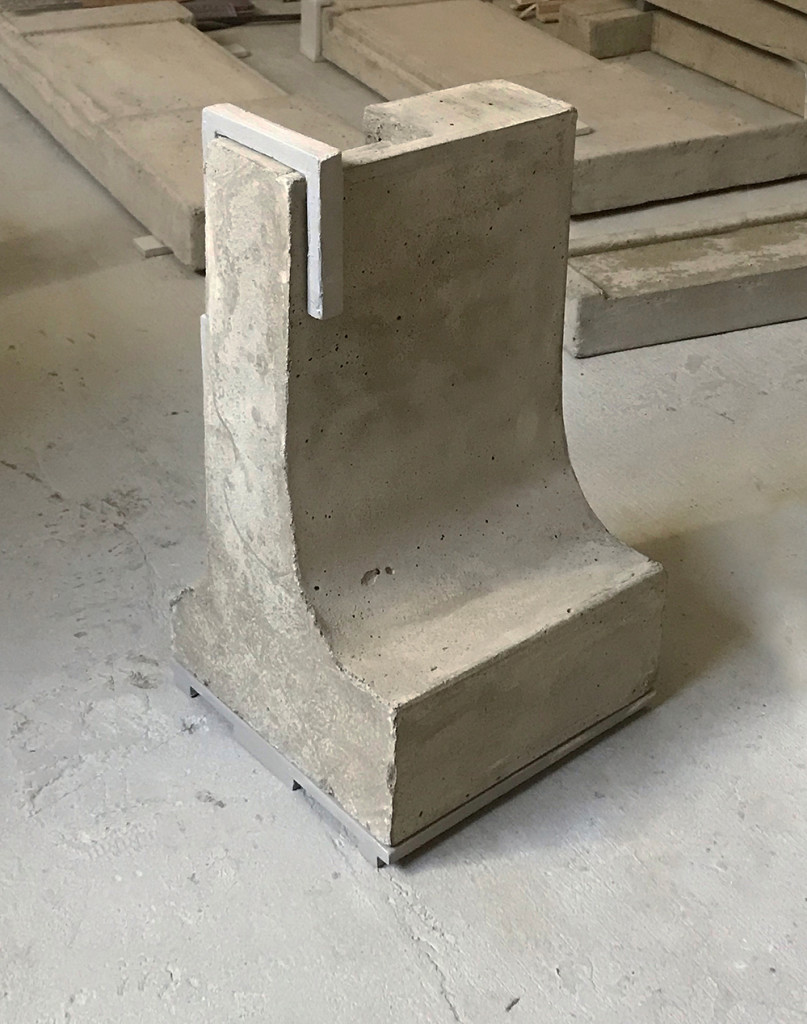 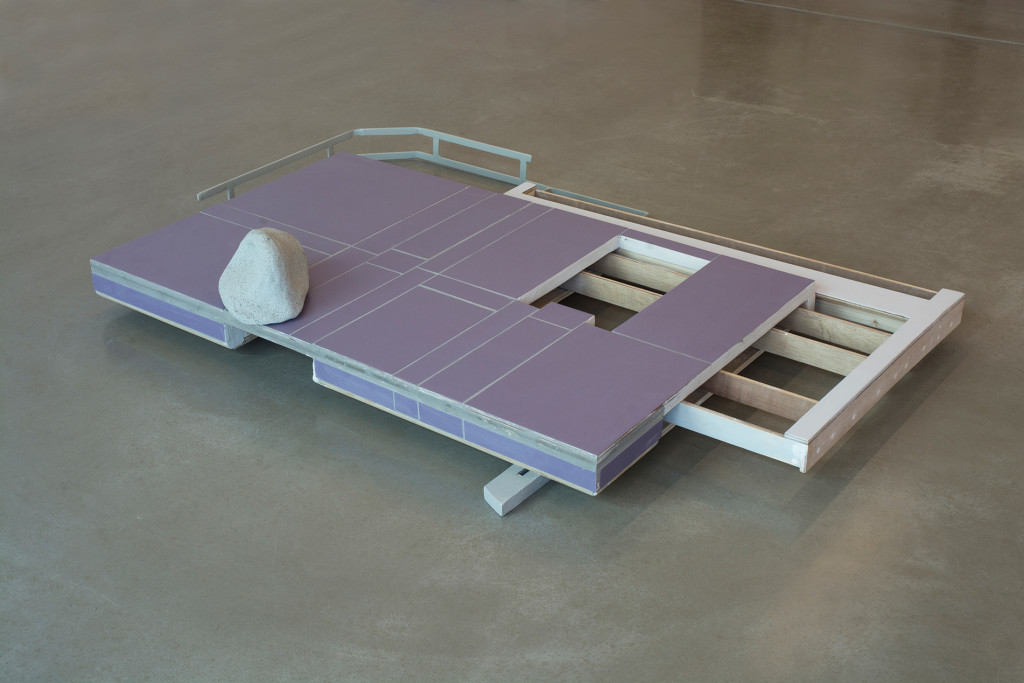 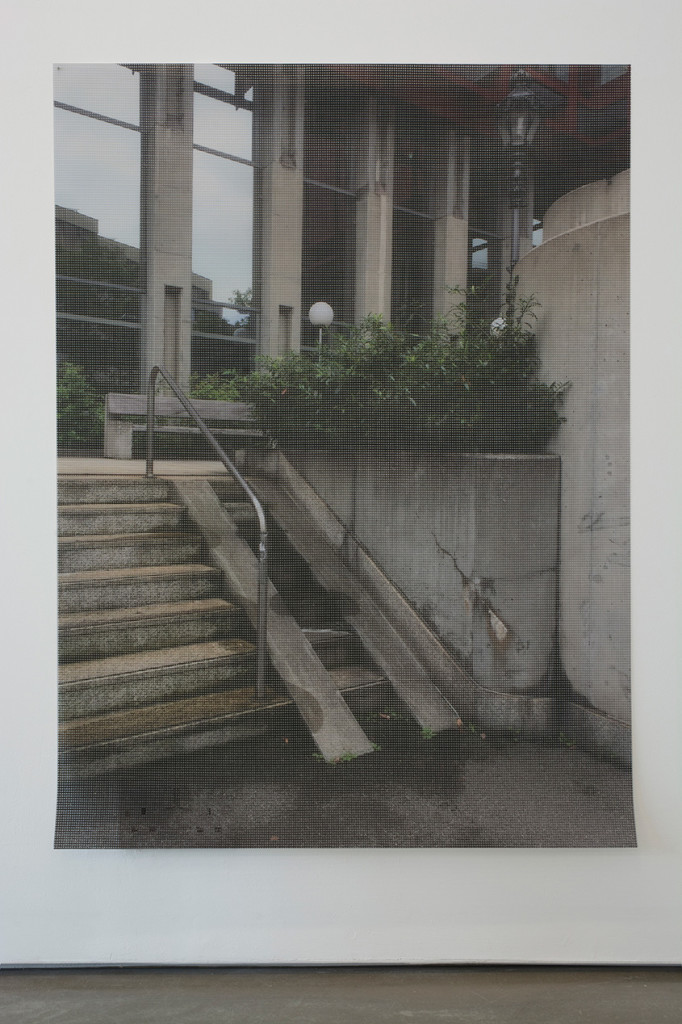 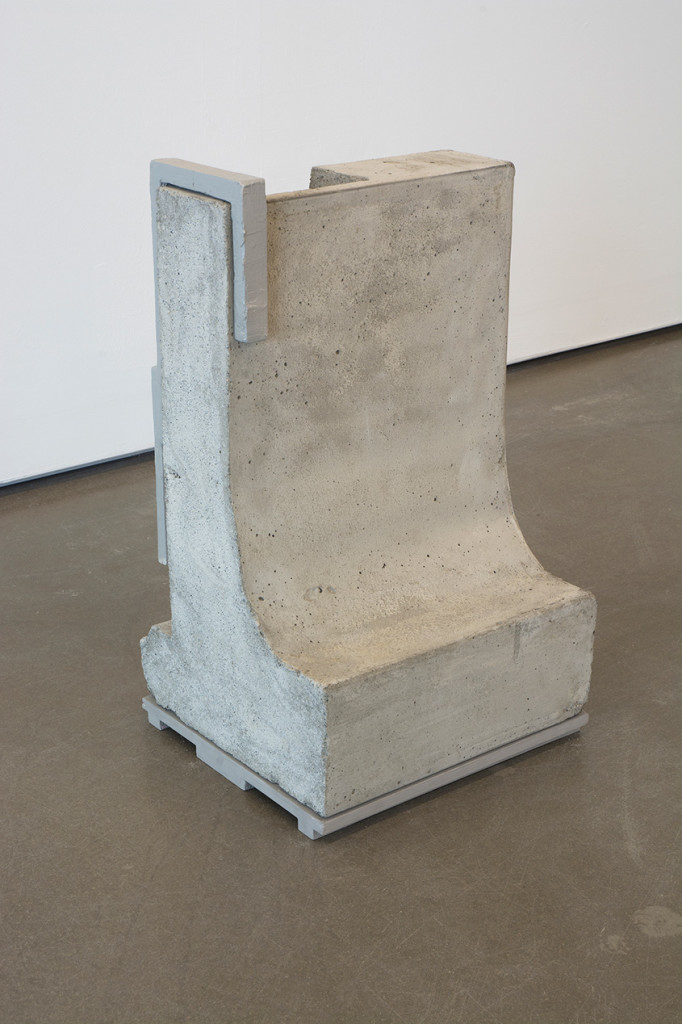 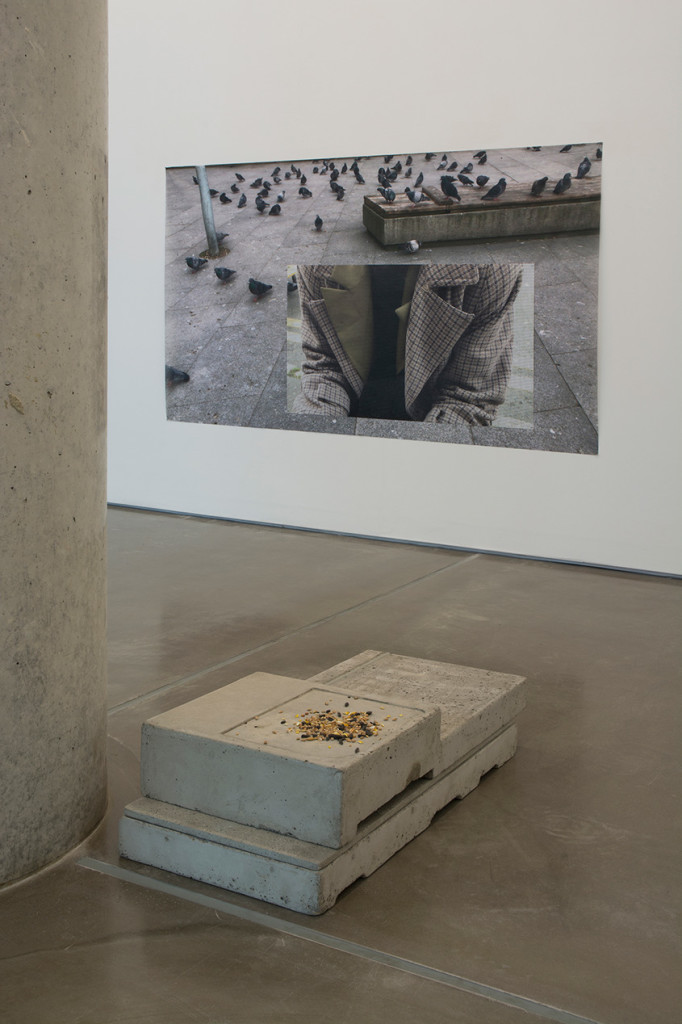 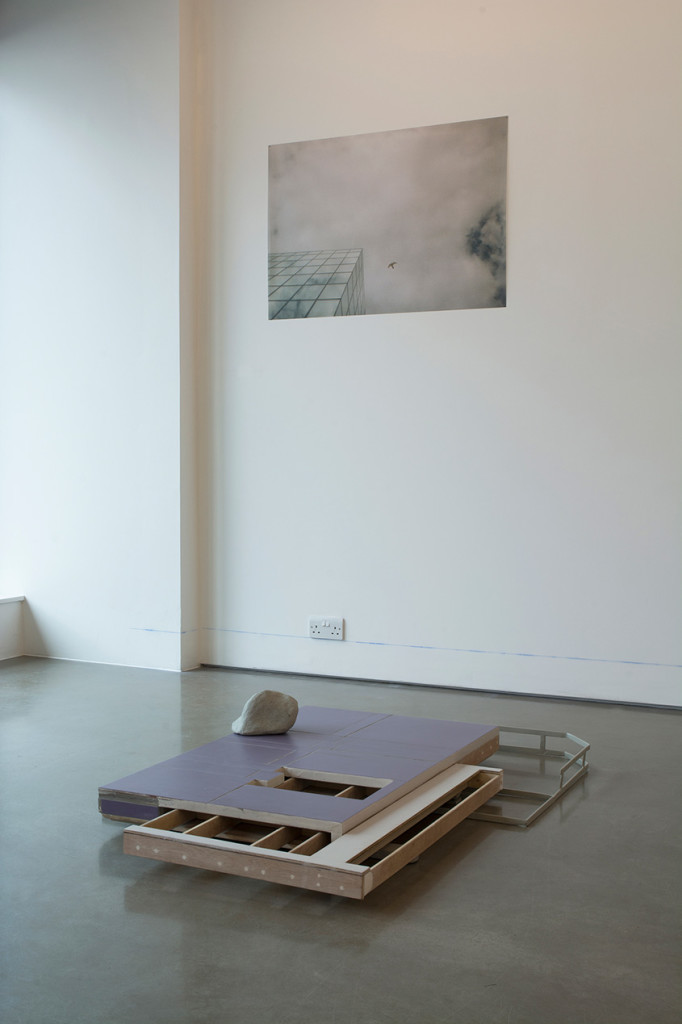 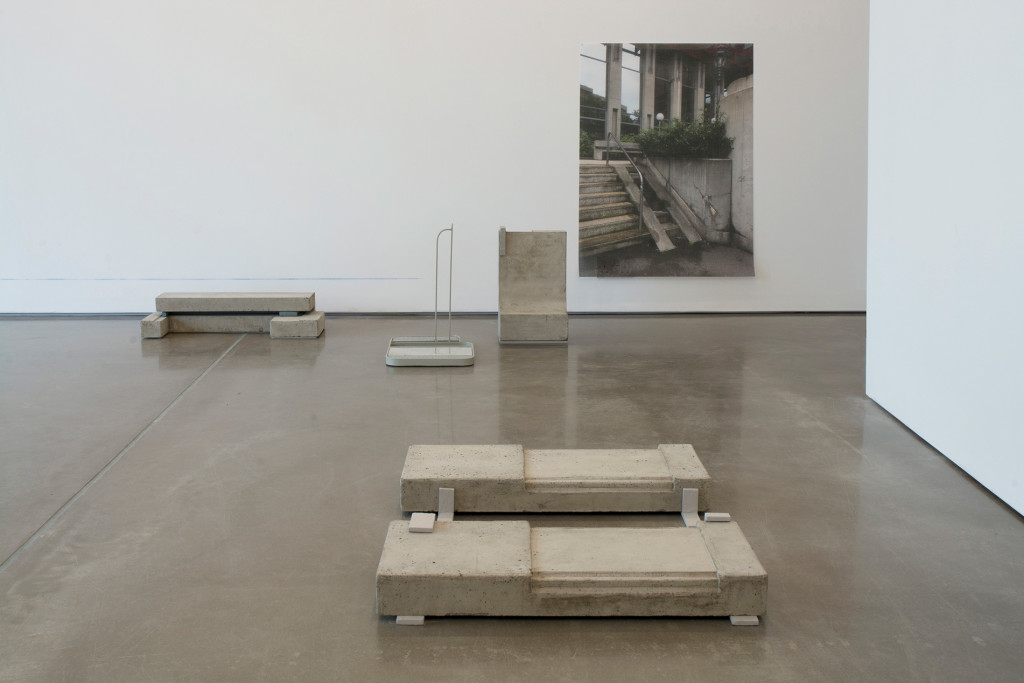 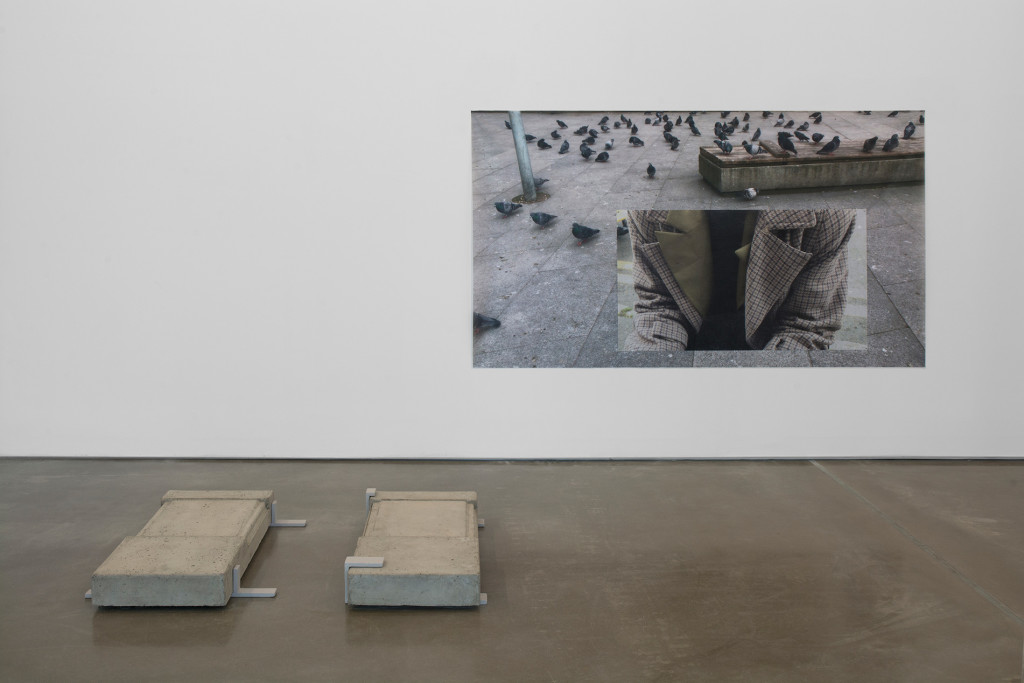 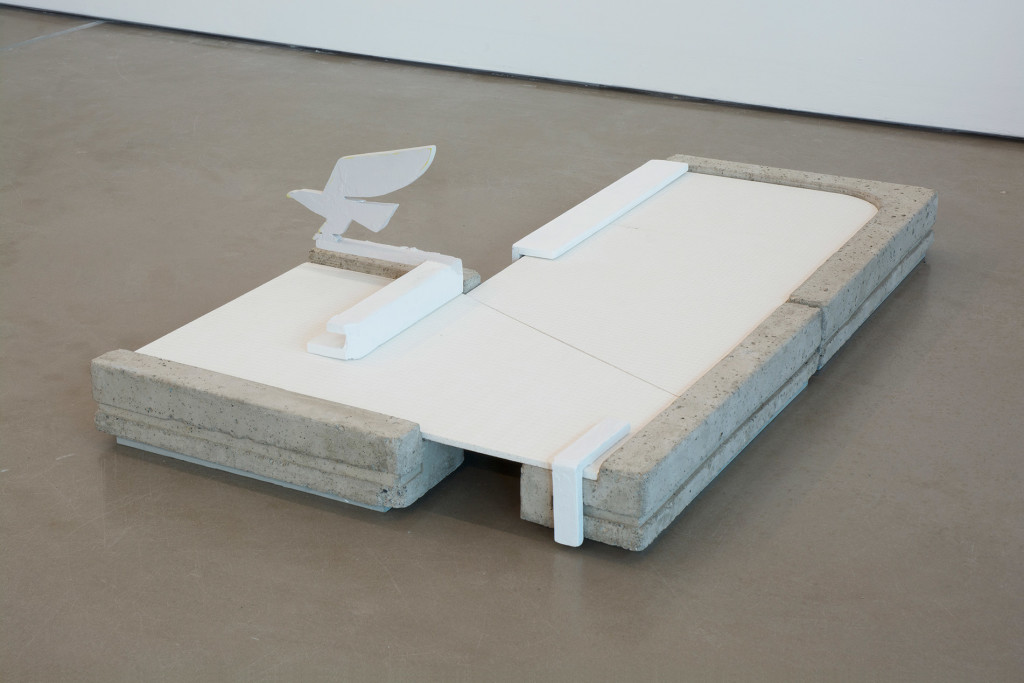 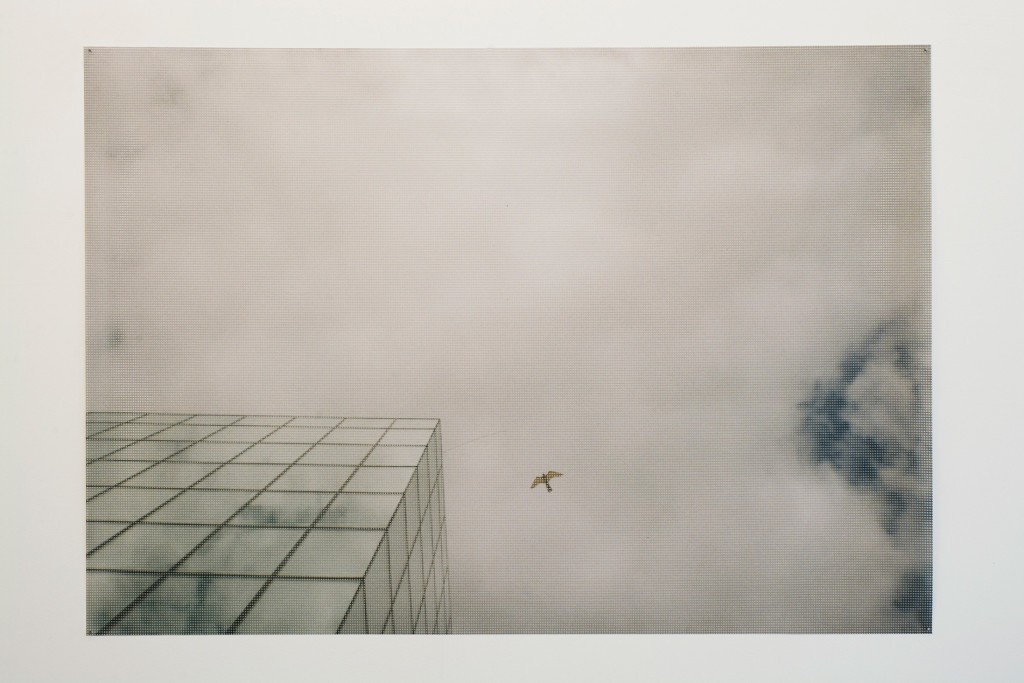 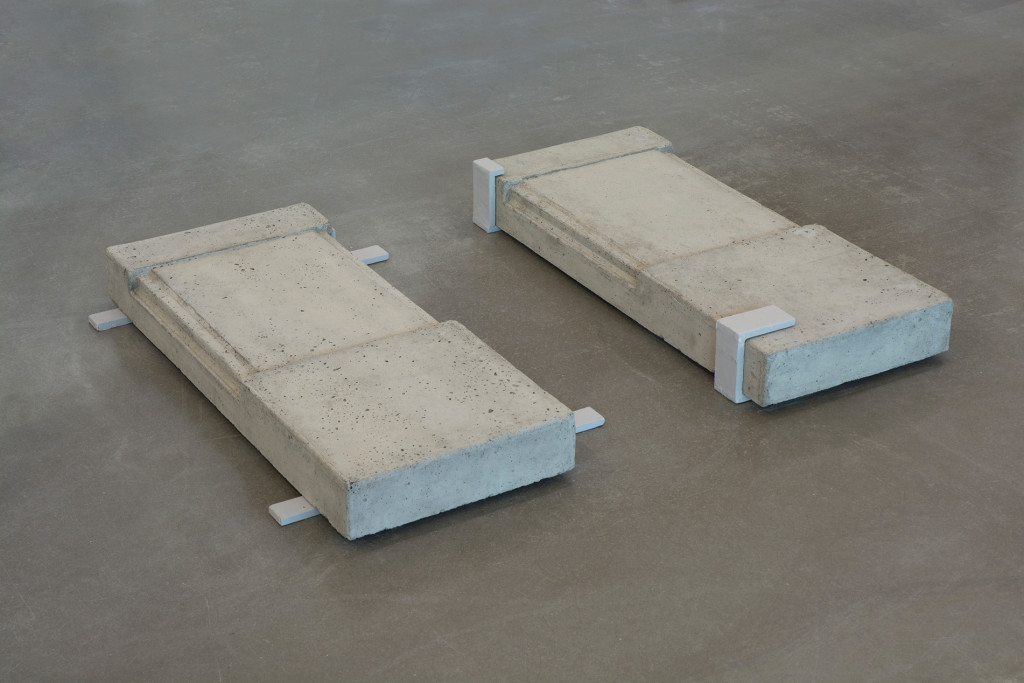 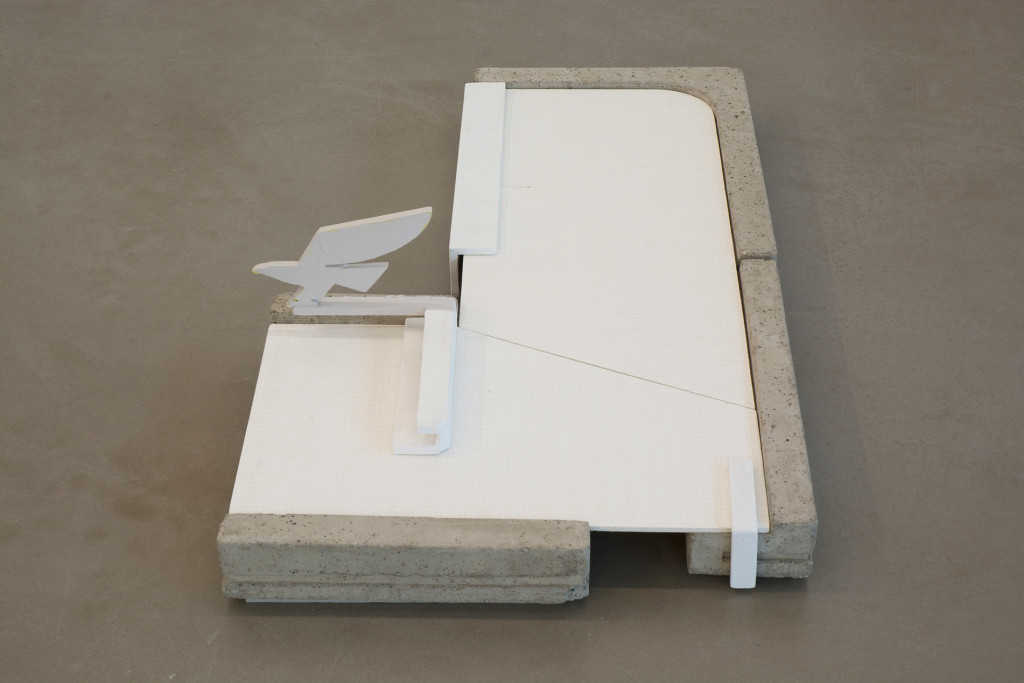 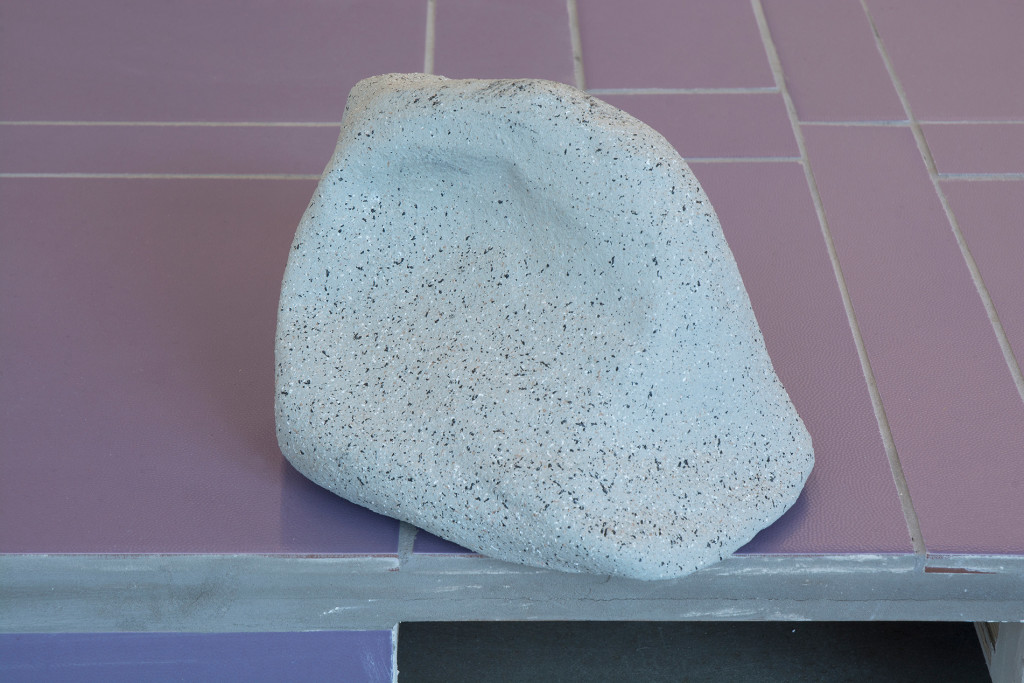 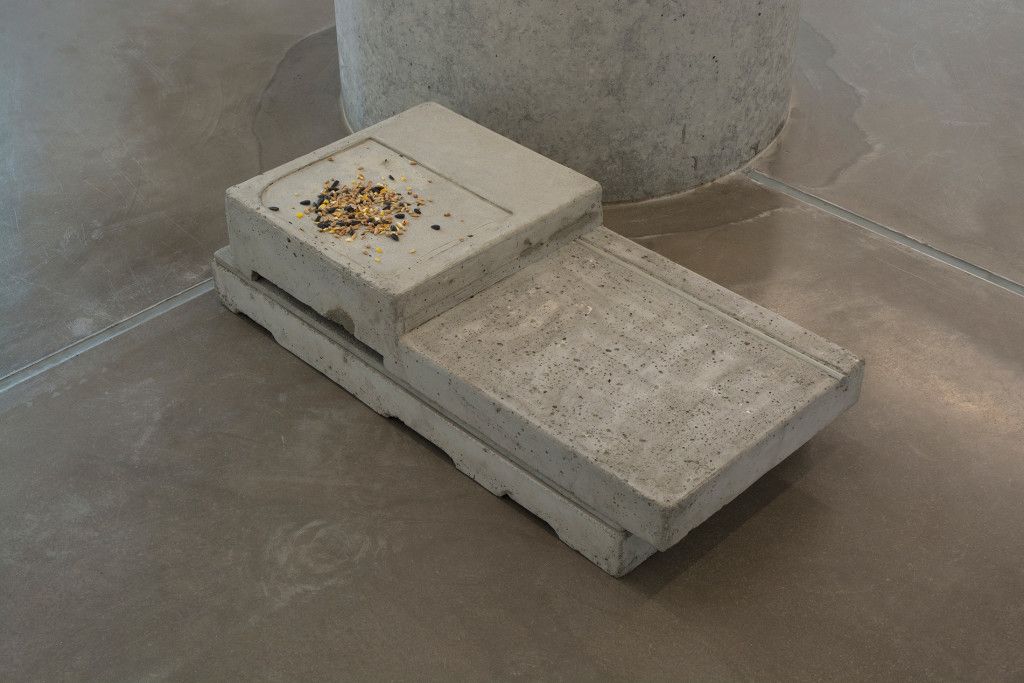 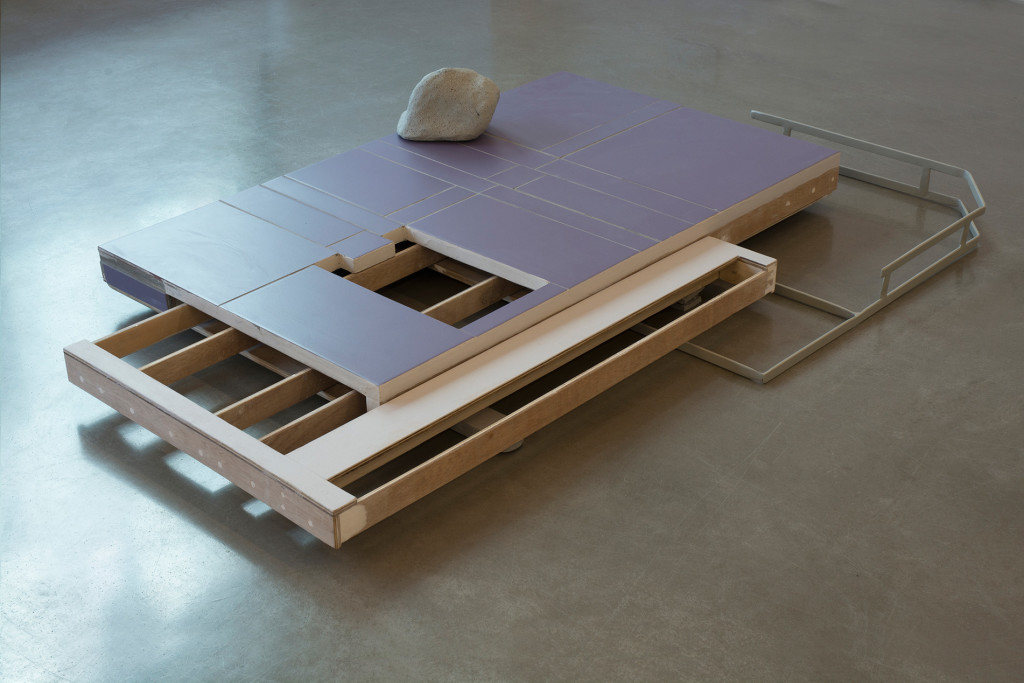 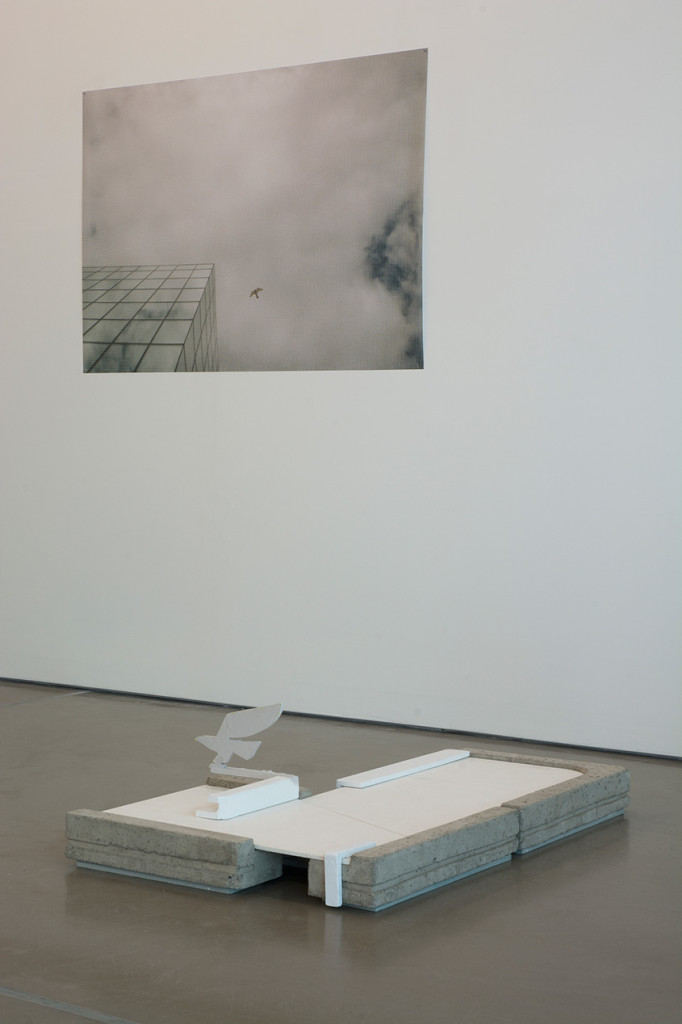 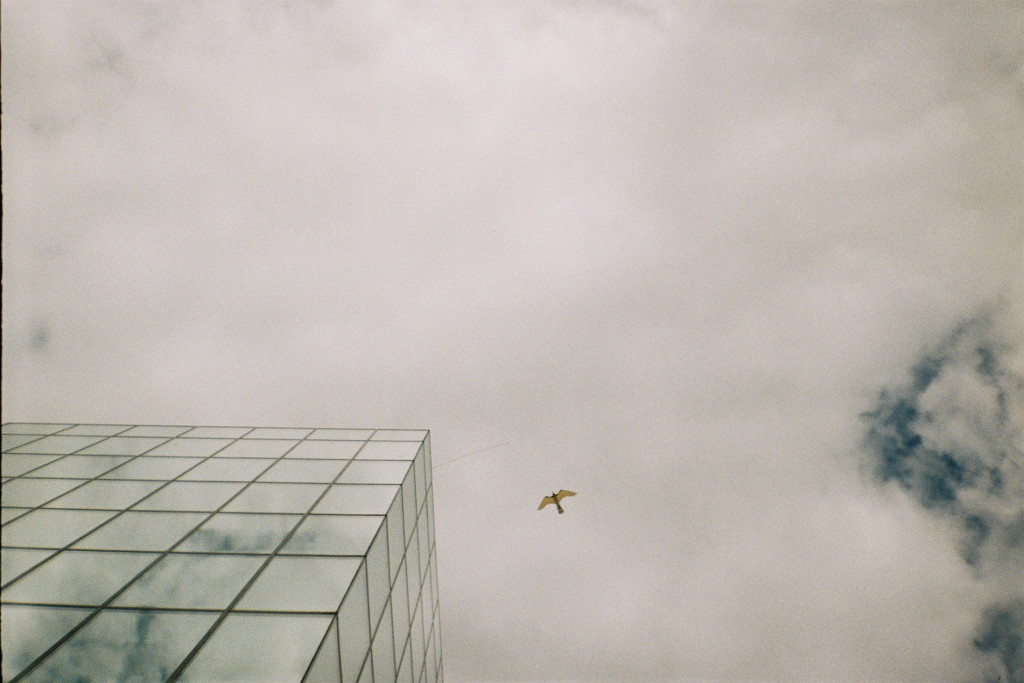