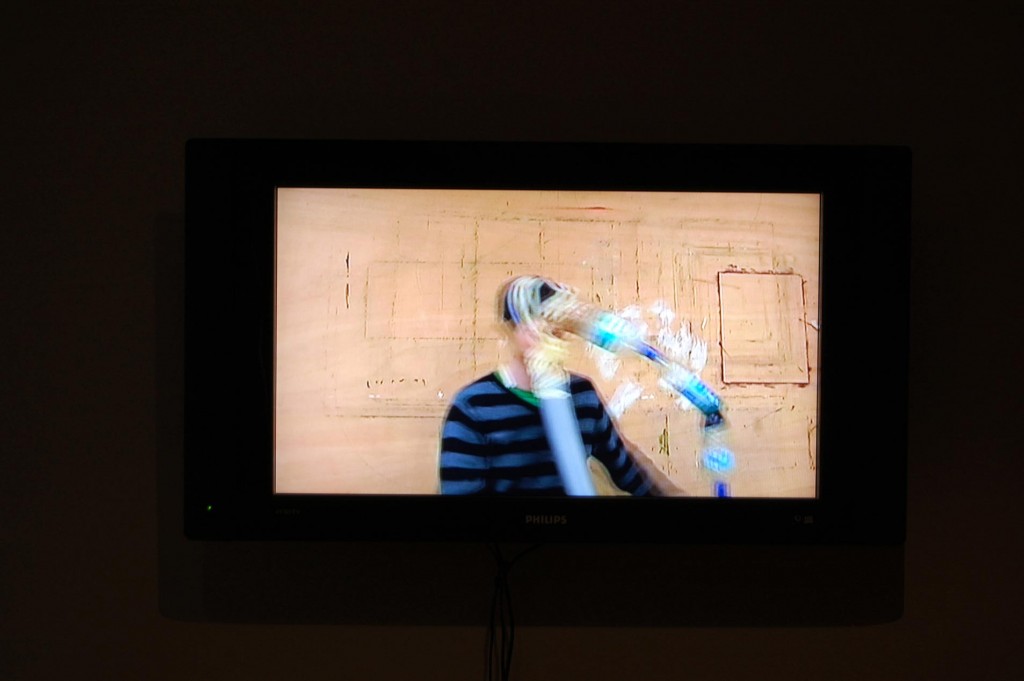 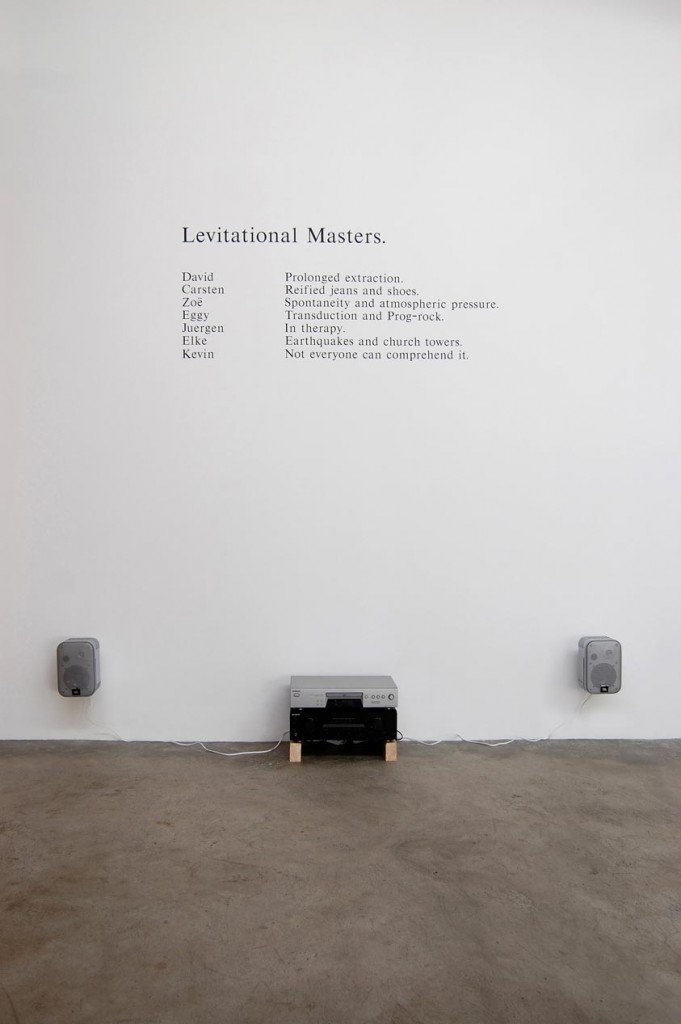 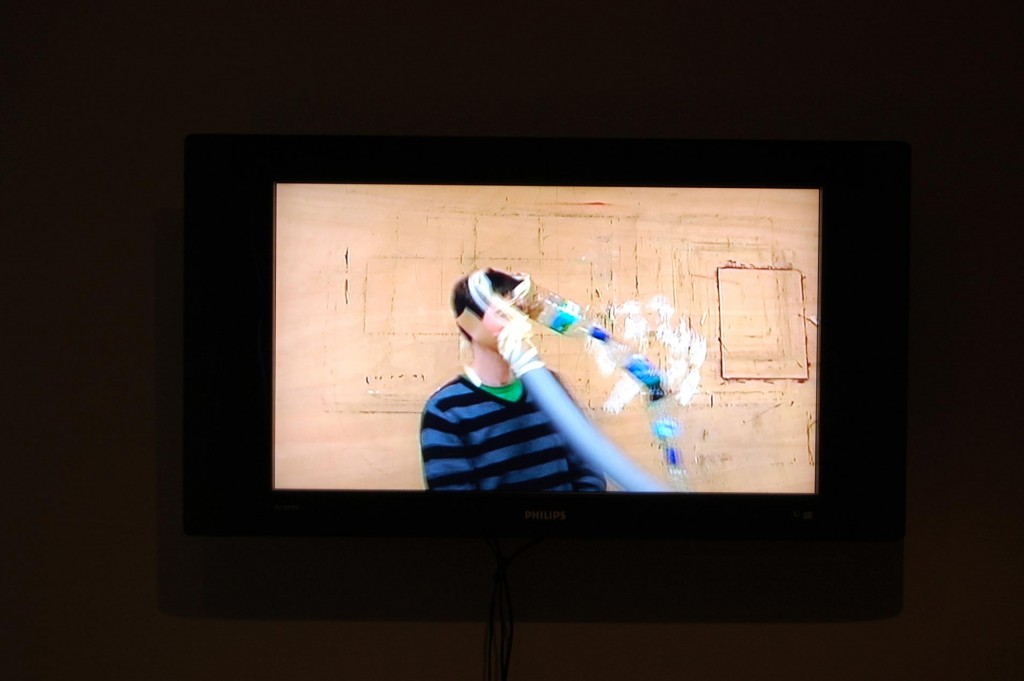 The works in Regulations for irrational procedures at mother’s tankstation – the first solo exhibition of the work of David Sherry in Dublin – perform a sequence of U-turns, reversed statements, points of collapse, levitation’s, insubordinate actions, leaps onto nothing and a series of ‘snooks cocked’ at the perception of reality.

The only predicable thing about David Sherry’s elusive intertextual practice is its ability to constantly surprise and darkly amuse.  Essentially, Sherry might be described as a ‘performance artist’ who works out his ideas in image-texts and the resultant acts eventuate as live or recorded ‘actions’ which, themselves mimic the deadpan seriousness, machismo and pseudo science of 1970s performance practice.  Complicated? It might seem so, until you actually see the art, as Sherry’s work is eminently approachable, engaging, masterfully humorous, whilst remaining disturbingly intelligent and profoundly relevant to its place and time. David Sherry is arguable one of the important artistic commentators of his age.

David Sherry looks at momentary interactions that push real life away from comfort towards observation. Again in Neil Mulholland’s words;  “…Sherry doesn’t offer any crude agitational catharsis, manifestoes for cultural renewal or hot tips for political emancipation, rather he develops something closer to a social crisis that stops [just] short of a genuine breakdown – all the hallmarks of great black humour.”  Sherry’s performances subtly test the patience and sympathies of the general public who witness them, and as such allow him to examine the limits of the social contract. In many of his works his deliberately half-hearted efforts to dissent from social codes examine the boundaries of social decorum and anarchistic transgression into anti-sociability.

The sculpture; High pitched screaming ahead is conceived, in the artist’s words, as a readymade prop for a David Lynch movie that yearns for madness amid a world of comfort and blandness. This work, typically originating from a drawing, creates a sculptural road sign reflecting aspirations beyond the trappings of ‘humanness’. Similarly in the video work High speed cultural reverse, the artist performs a series of leaps in the air onto objects that do not exist, consequently crashing painfully onto the floor, The work explores philosophical distinctions between imagination (the imagined ‘real’) and ‘actual’ existence. A second section of High-speed cultural reverse shows the attachment of objects (actual things) to the artists head (the seat of imagination) including, a growth of plastic bottles.  Sherry argues that; “plastic bottles are everywhere like a plague. They are bought and thrown away. I wanted to use this phenomenon in my work sighting an explosion of popularity.” This work is also ‘voiced-over’, with a literal attempt to reverse an art magazine statement. Sherry views the reversal of cultural pronouncements as an attempt to buck trends, sensibilities and modern media references to ‘self’, whilst ironically forming a kind of self-centered poetry. Sherry considers both sections of High-speed cultural reverse as a document of controlled madness, drawing on a variety of sources surrounding his life, questioning behavioral choices and insecurities

Sherry has been practicing levitation for some years, and in his sound work entitled Levitational masters, he endeavours to find out if there are others willing to speak about their similar experiences. The resulting work is an insightful look at the realization of impossibility. 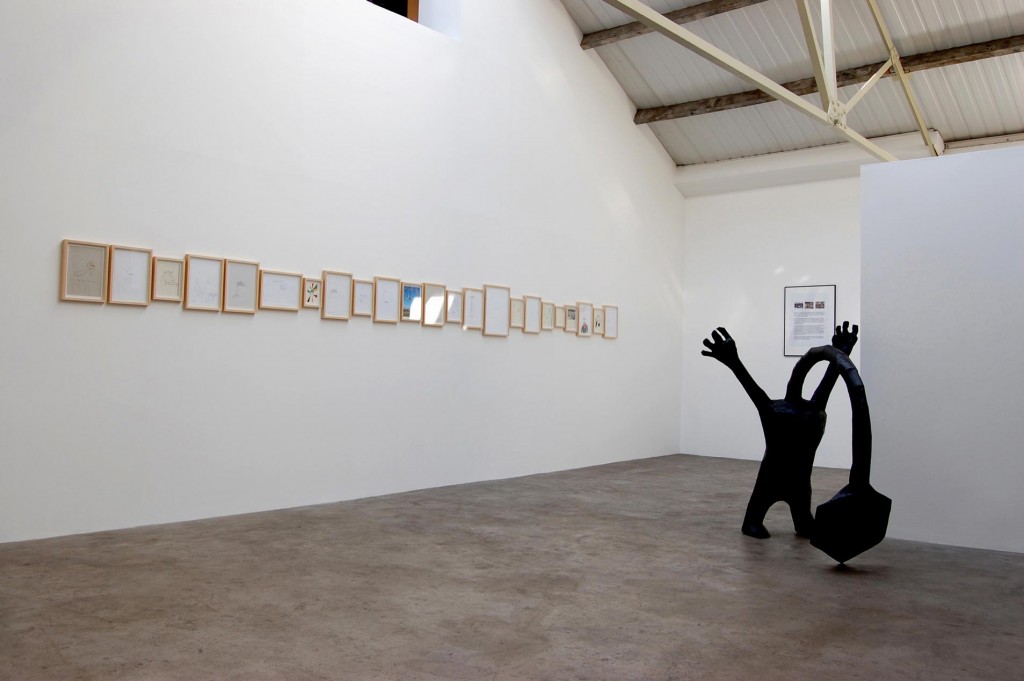 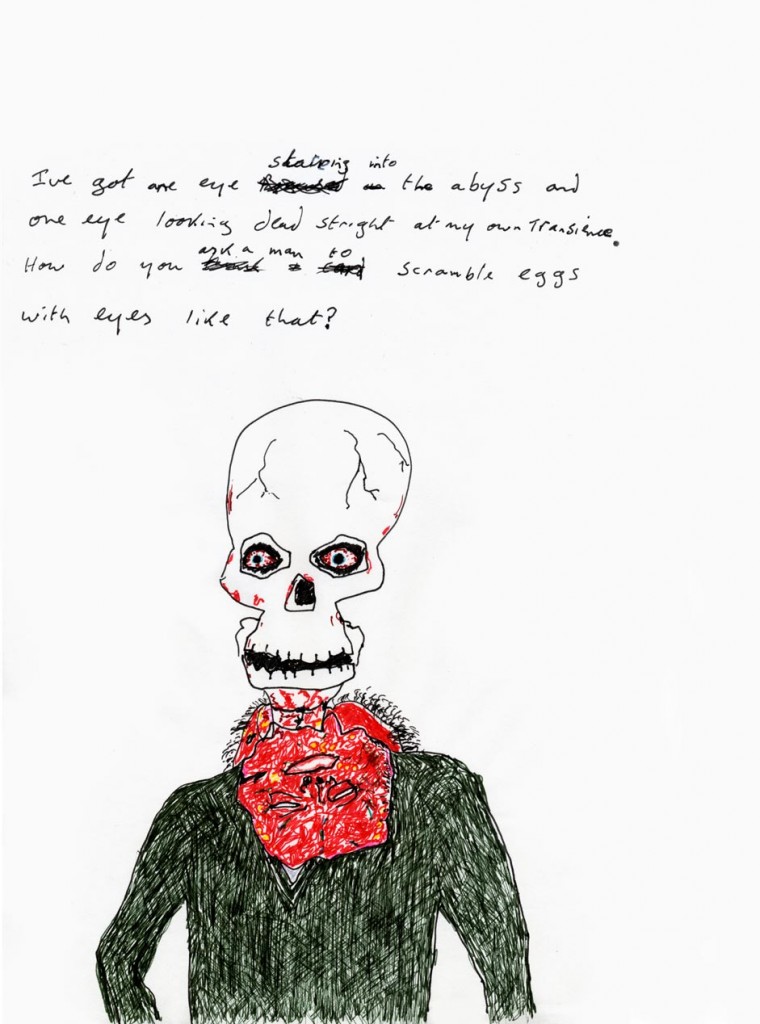 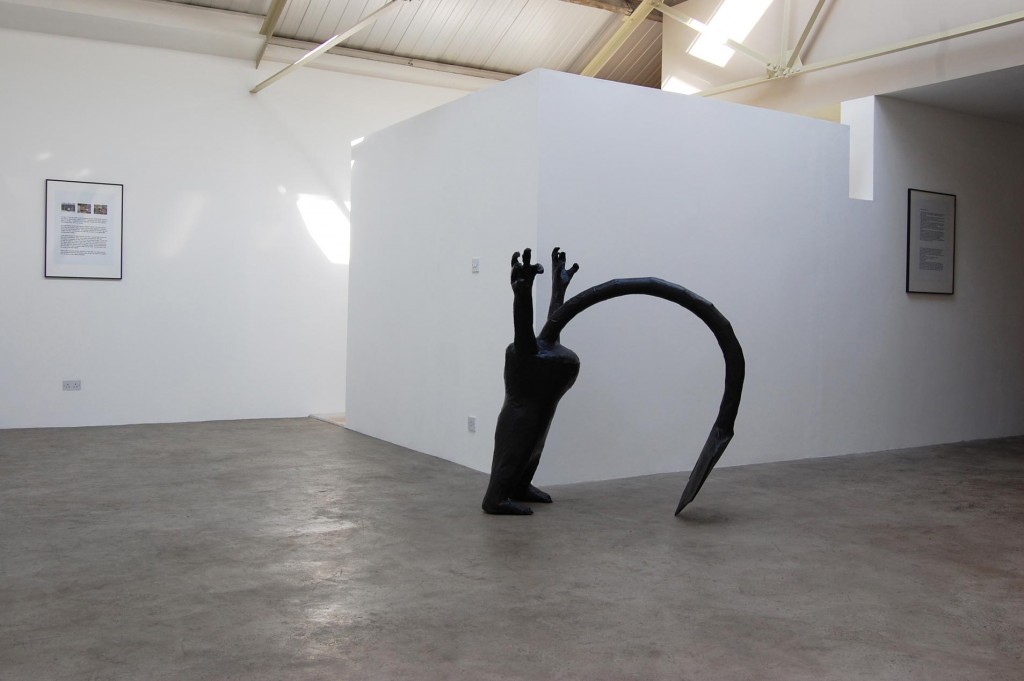 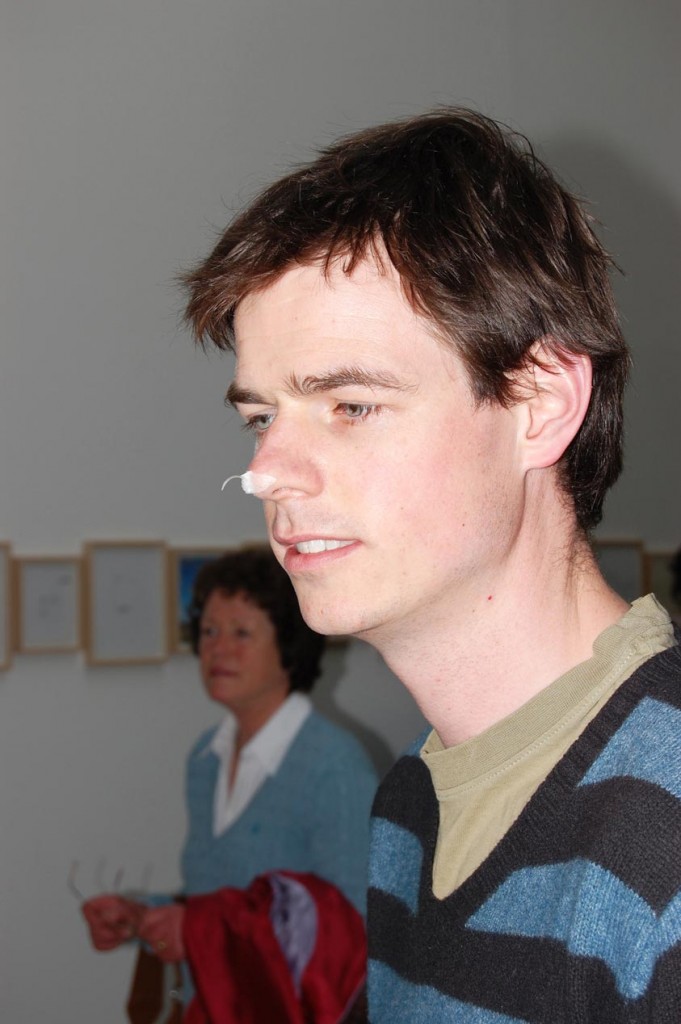 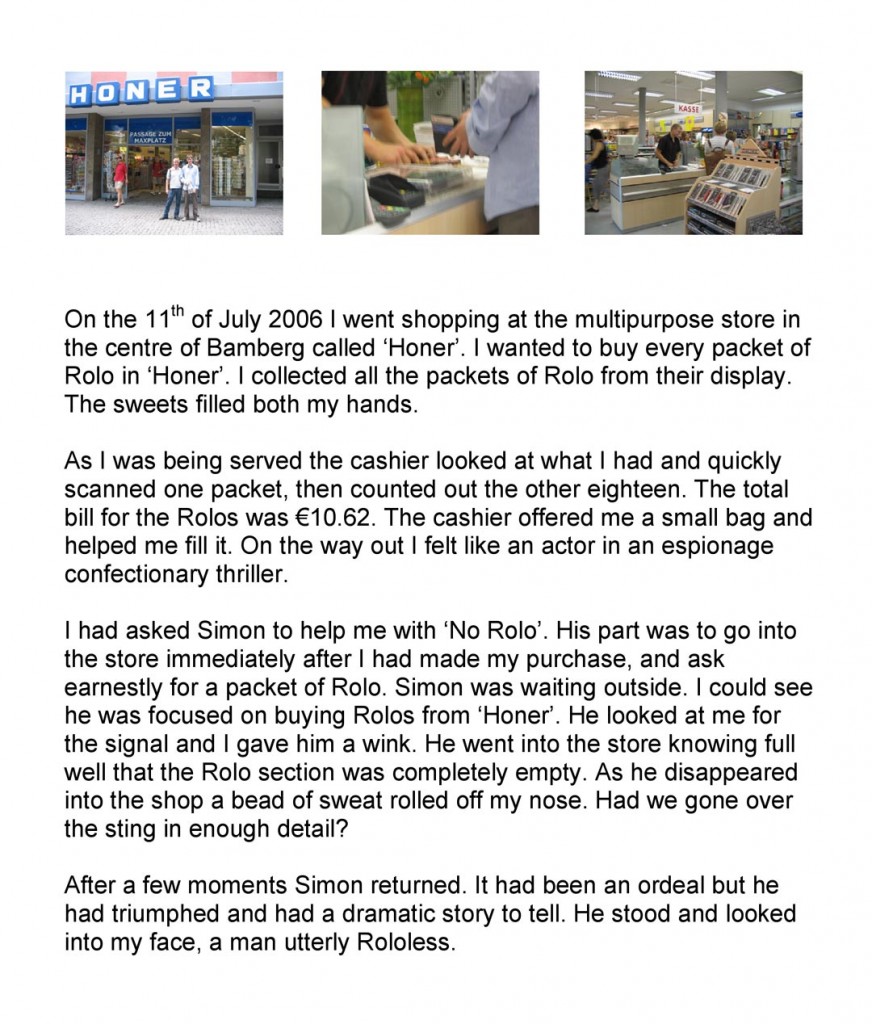 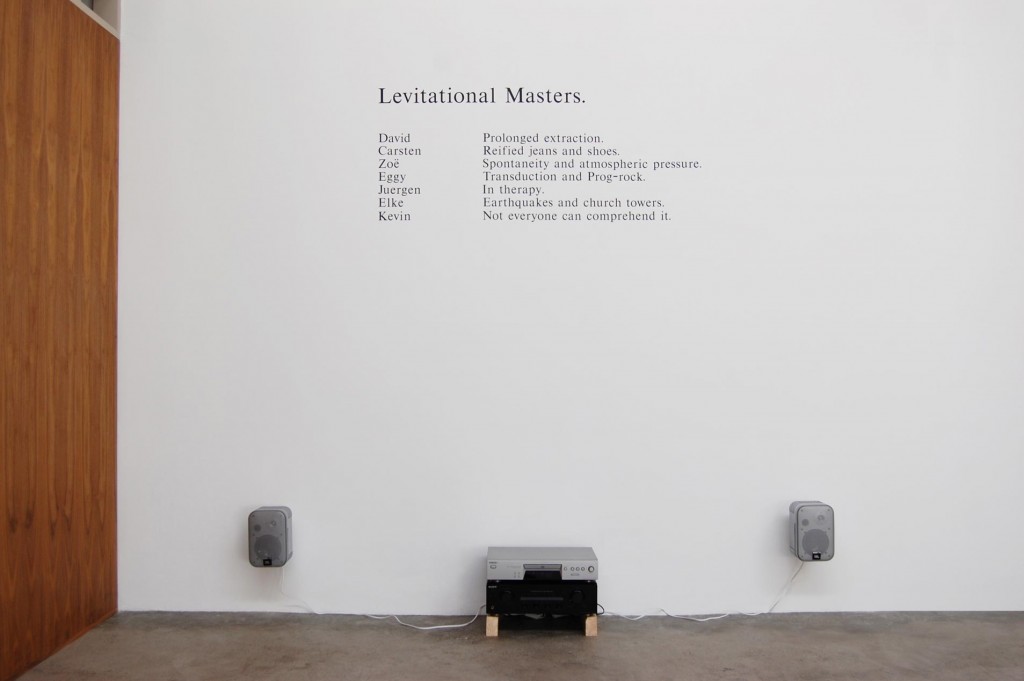 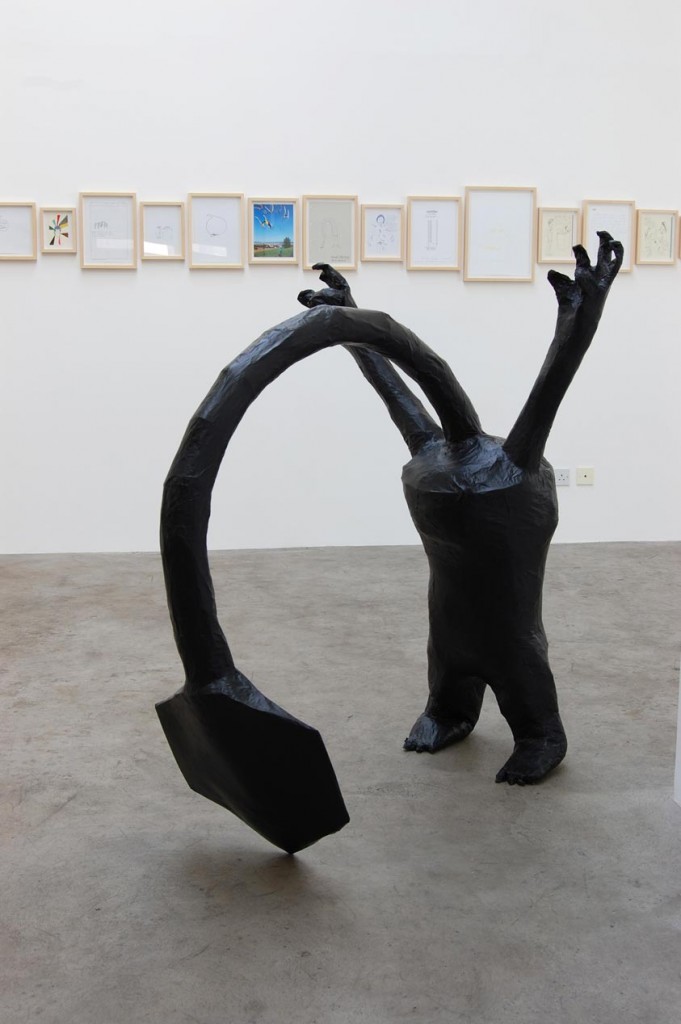 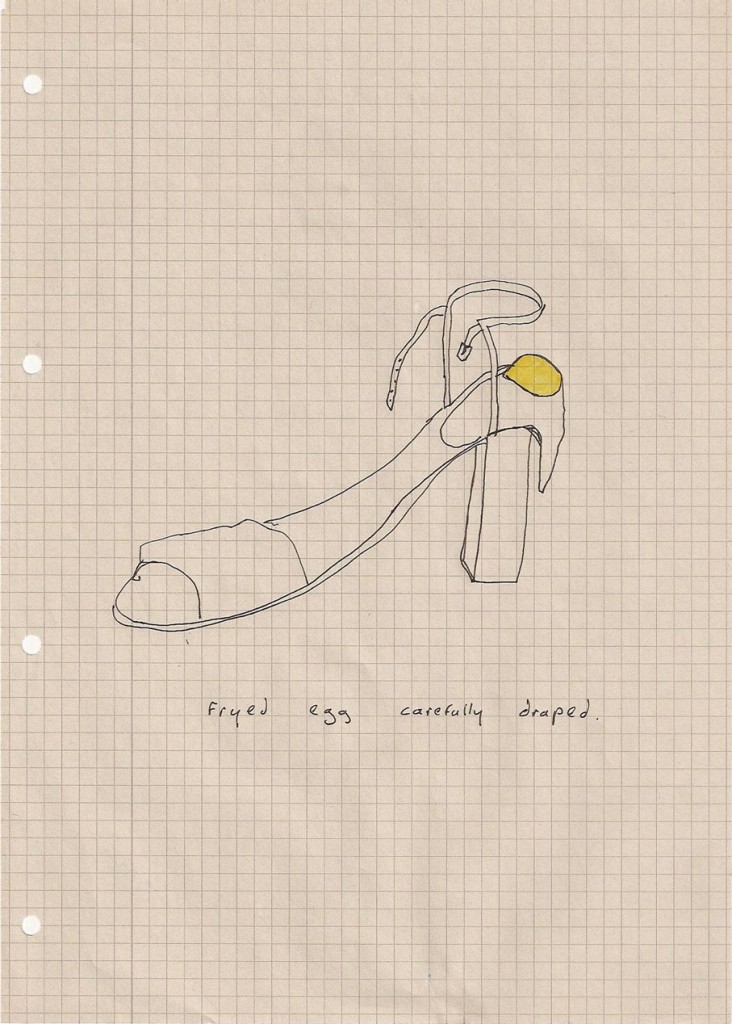