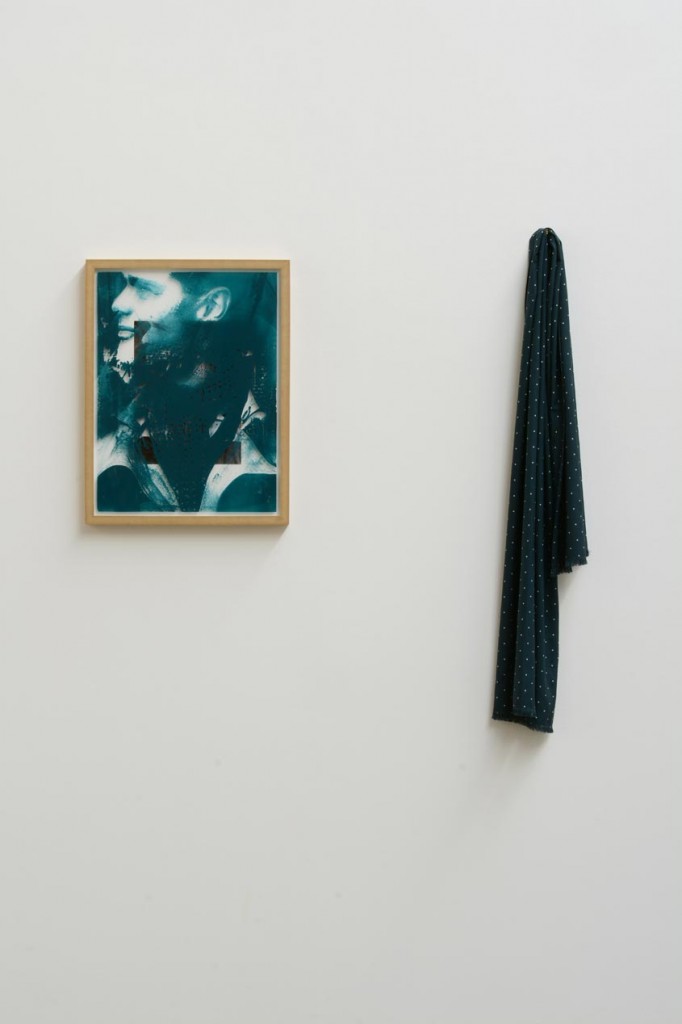 In an uneasy dream of secret juvenile hurt, the absent/present, the double amputee, athlete and pilot1, reads Swinburne to an attending nurse (received English pronunciation please):

“Thou has conquered, O pale Galilean; the world has grown grey from thy breath;
We have drunken of things Lethean, and fed on the fullness of death.
Laurel is green for a season, and love is sweet for a day;
But love grows bitter with treason, and laurel2 outlives not May…
Sleep, shall we sleep after all? For the world is not sweet in the end;
For the old faiths loosen and fall, the new years ruin and rend…
The glass of the years is brittle wherein we gaze for a span:
A little soul for a little bears up this corpse; which is a man…
I am sick of singing; the bays burn deep and chafe: I am fain
To rest a little from praise and grievous pleasure and pain.
For the Gods we know not of, who give us our daily breath,
We know they are cruel as love or life, and lovely as death.” 3

Viewing the cradled, empty bedding where patient’s legs once were;

“What is a hole?” [the nurse riddles in return]. Having thus quite confused the fellow, [s]he wasted no time in lording it over him: “a hole,” [s]he said, “is an absence surrounded by presence.” For me, this is an example of a perfect definition, and I will use it to define the object of my interest. A ghost is indeed a hole; but a hole to which are attributed intentions, a sensibility, morals; a hole, that is, an absence – but the absence of someone and not of something – surrounded by presence – by the presence of one or several. A ghost is an absent being amidst present beings. And it is the pierced substance that determines the shape of the hole and not the absence which that presence surrounds – for it is only in jest that some tell of cannons of bygone days that foundry workers made by taking holes and pouring bronze around them – when we endow ghosts with intentions, a sensibility, and morals, these attributes reside not in the absent beings, but in the present ones that surround the ghosts. This observation will allow us by the same token to establish the only reasonable approach to phantasmology.4

The ghost pilot falls again into morphias-sleep and restlessly re-dreams of flight and phantasmagorical frolics: The fleet-foot-fly-half sprints the length of the field and grounds the ball, the master batsman, with perfect balance, flexes and flicks the hard cork orb to the boundary, winning the game (of course). Sourness (reality) saturates the opiated reverie and the golfer fails and falls, endlessly, as he swings and misses, swings and hits, but falls again. Overbalancing on prosthetic legs, strapped torso and chaffing stumps in leather sockets, his bloody-minded determination, alone, drives him on, over and over again. Once more the pilot phantom tastes earth in his mouth – a different sort of crash.5

Years later, he jokes of tucking his two tin legs under an invited dinner table, unwittingly invading the space of a volatile terrier who, in return sinks its teeth in what it expects as soft flesh. Cold metal jars. Absent presence; wrong taste, wrong feel, wrong sound. Cloth over socked metal prosthetics, inflexible shoes, No legs. No feeling.

“Are you happy now?” demands Thelma, as Douglas clambers into his adapted MG, clutch and accelerator exchanged for greater control from the longer right stump, and heads back to the war. Banned for eight years from peace-time airspace, as there were not rulebook precedents governing pilots who crash, losing both legs. But now impending war demands that rules be thrown away; leaving the ever-patient partner, Bader’s Proserpina6 and suburban housewife, potentially a grieving widow. Bearing a newly ordered and sharply-tailored RAF uniform, Douglas, insensitive to sentiment (juvenile hurt), drives to the airfield, changes into leathers, hoists inelegantly into his Spitfire and leads the circus7. The pilot survives the war, capture, indignities and imprisonment and becomes fully-fledged (flawed) hero, Per Arvda Ad Astra8. Proserpine makes tea, “Cream or plain?”9, and dies a little inside. Ghost pilot outlives his wife.

Sheridan Smith has described the portraits as presenting themselves; “as so many still lives, backdrops, kits, all on hold, waiting for a performance that does not come. In playing on the conceptual and rhetorical limits of portraiture, the works, instead of combining signs, accumulate residues: textures, patterns frozen in repetition, solid and liquid elements, objects and substances that depict presence and absence, fiction and fact, positing imagination and memory as nothing more than various states of viscosity.”

Bader’s emblematic dot or dots, sampled from the repeat pattern of his ubiquitous polka dot neckerchief, have mutated into a phantasmagoric hole. Present absence.

I have lived long enough, having seen one thing, that love hath an end11

1 Douglas Bader; “pronounced Bahder” as a footnote on the opening page of the Paul Brickhill biography, Reach for the Sky, Collins, London, 1964, insistently suggests that this was a continual point of dispute and irritation.
2 Laurel, Prunus laurocerasus ‘Rotundifolia’; an embracing element of the insignia of the RAF.
3 Extracted from; Algernon Charles Swinburne, Hymn to Proserpine (After the proclamation in Rome of the Christian Faith), 1866, and quoted in Brickhell, Reach for the Sky, pg. 64.
4 Re-narratised from; René Daumal, The Pataphysics of Ghosts. Quoted in press texts for Matt Sheridan Smith Fig.3 Ep.1 and Fig.2. Ep.1. Hannah Hoffmann Gallery and Kaufmann Repetto respectively.
5 Bader spent over a year in hospitals and sanatoriums – with three surgeries; removing his left leg above the knee and the right below – recovering from his near-fatal 1931 air crash, resulting from an overly low, looping manoeuvre, spawned by a dare.
6 Proserpina (/proʊˈsɜːrpɪnə/; Latin: Prōserpina [ˈproː.sɛr.pɪ.na]) or Proserpine (/proʊˈsɜːrpɪˌni, ˈprɒsərˌpaɪn/) is an ancient Roman goddess whose cult, myths and mysteries were based on those of Greek Persephone and her mother Demeter, the Greek goddess of grain and agriculture. The Romans identified Proserpina with their native fertility goddess Libera, daughter of the grain and agriculture goddess Ceres and wife to Liber. In 204 BC, a new ‘greek-style’ cult to Ceres and Proserpina as ‘Mother and Maiden’ was imported from southern Italy, along with Greek priestesses to serve it, and was installed in Ceres’ Temple on Rome’s Aventine Hill. The new cult and its priesthood were actively promoted by Rome’s religious authorities as morally desirable for respectable Roman women, and may have partly subsumed the temple’s older, native cult to Ceres, Liber and Libera; but the new rites seem to have functioned alongside the old, rather than replaced them. Just as Persephone was thought to be a daughter of Demeter, Romans made Proserpina a daughter of Demeter’s Roman equivalent, Ceres. Like Persephone, Proserpina is associated with the underworld realm and its ruler, along with her mother Ceres, with the springtime growth of crops and the cycle of life, death and rebirth or renewal. Her name is a Latinisation of ‘Persephone’, perhaps influenced by the Latin proserpere (“to emerge, to creep forth”), with respect to the growing of grain. Her core myths – her forcible abduction by the god of the Underworld, her mother’s search for her and her eventual but temporary restoration to the world above – are the subject of works in Roman and later art and literature. In particular, Proserpina’s seizure by the god of the Underworld – usually described as the Rape of Proserpina, or of Persephone – has offered dramatic subject matter for Renaissance and later artists and poets (cf. No.3)
7 A ‘sweep’ was nominally a raid without bombers, all sorties with bombers were known as ‘circuses’
8 Strike hard, strike true, the RAF Bomber Command insignia motto.
9 Douglas Bader courted Thelma Edwards, where she worked as a (token) waitress at the ‘Pantiles’ teahouse, near the Greenland’s Hospital and Nursing Home, outside Reading, UK. “Cream or plain” became a sort-of code to diffuse situations, and was employed at moments of ‘awkwardness’.
10 ‘Pilot’, Group Captain Sir Douglas Bader (1910-1982); ‘Widow’, Madame Clicquot, née Ponsardin, Widow Clicquot or Veuve Clicquot (1777-1866), “the grand dame of Champagne”; ‘Cyclist’, Ottavio Bottecchia (1894-1927), an Italian cyclist and the first Italian winner of the Tour de France (Bottecchia was found dead by the roadside in 1927, the cause still remains a mystery); ‘Unknown young woman’, Unnamed, extant young actress.
11 ibid, no.3 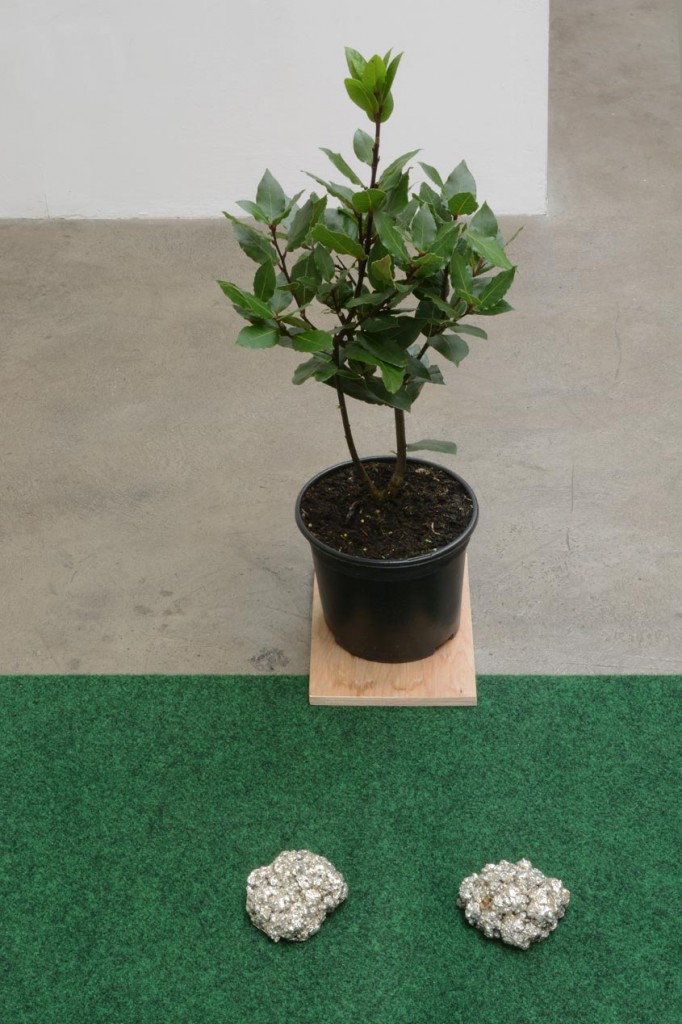 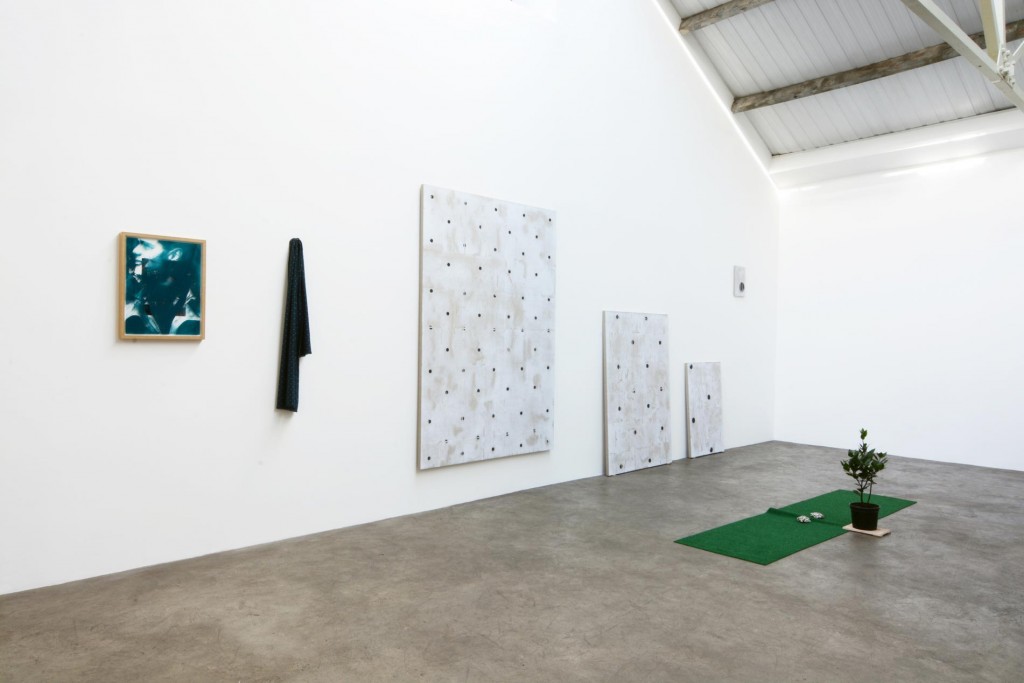 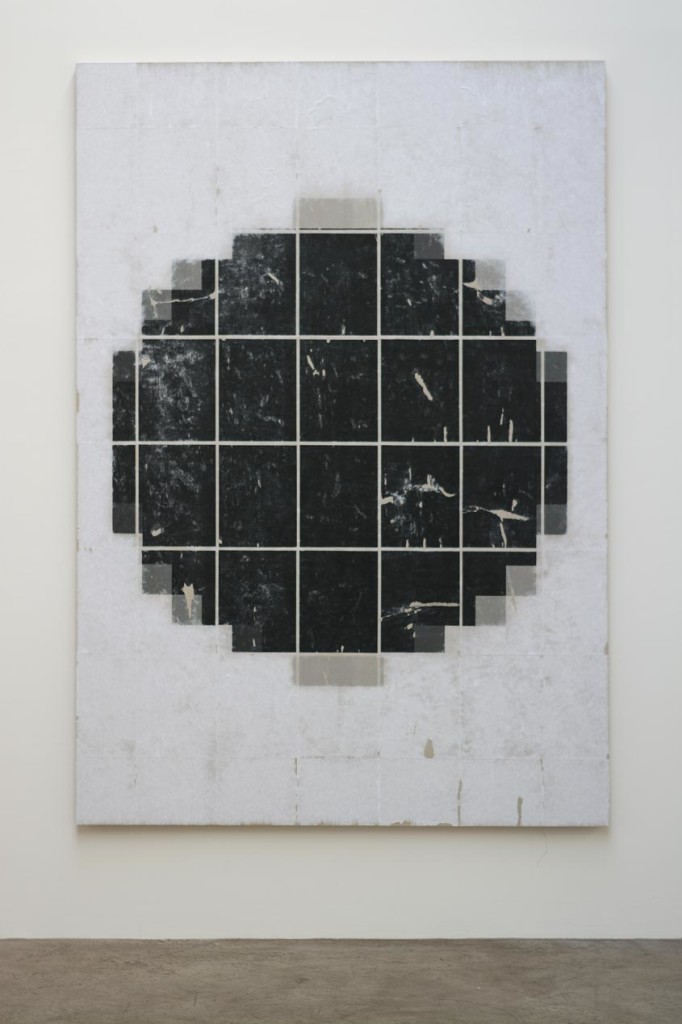 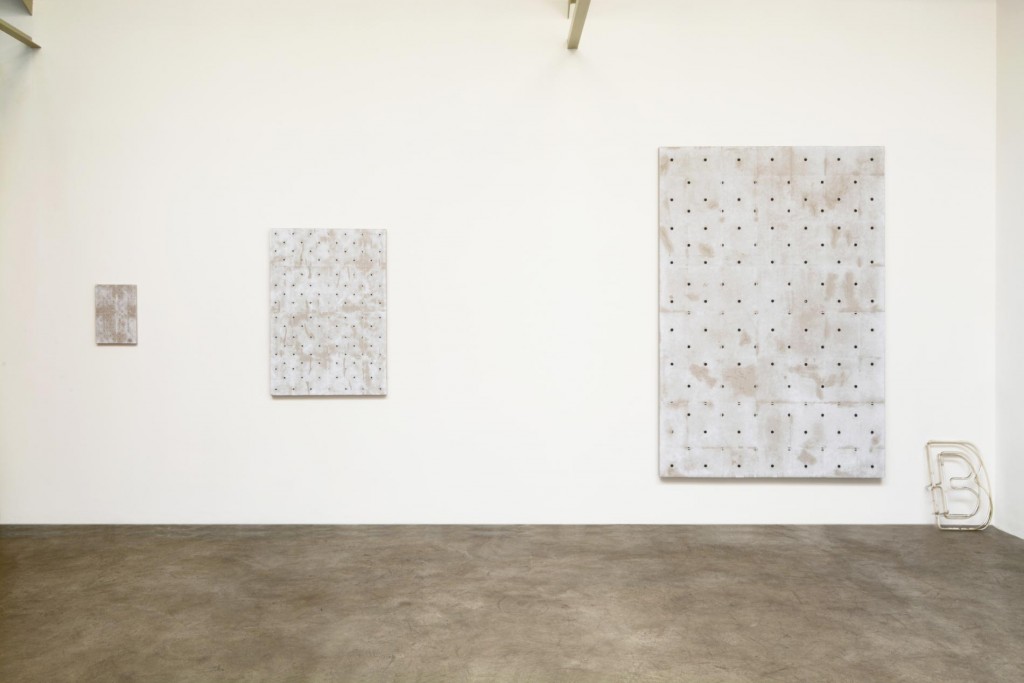 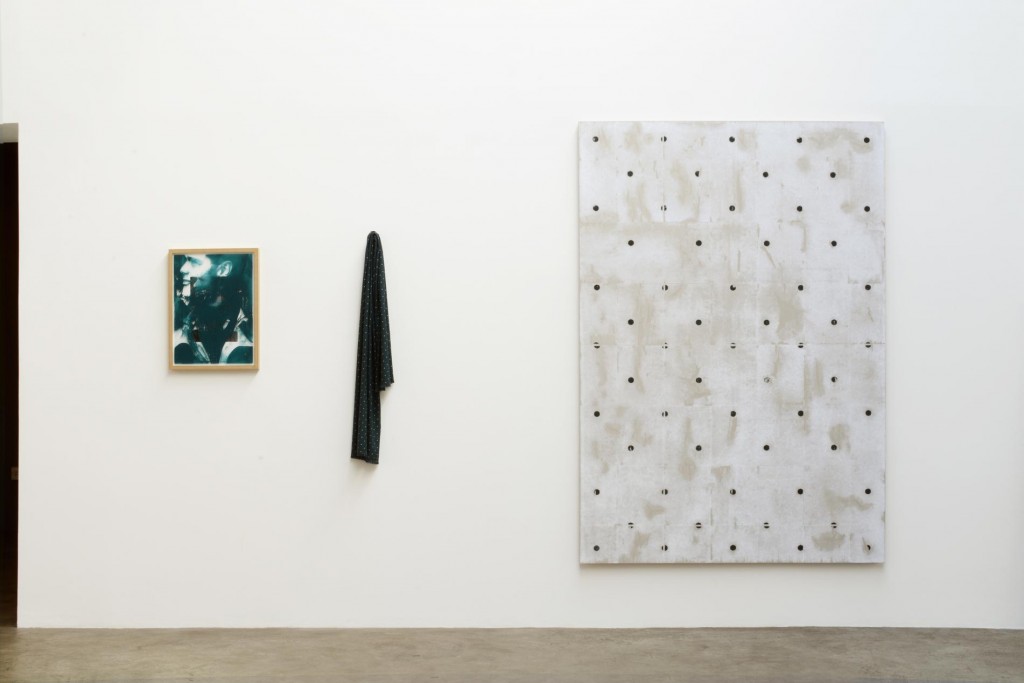 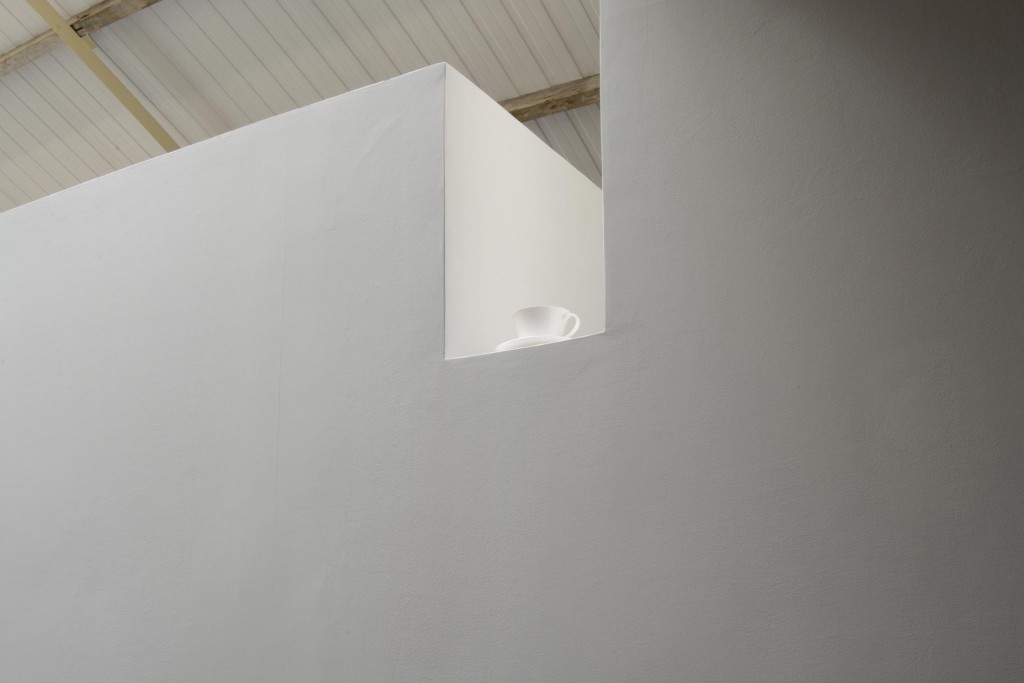 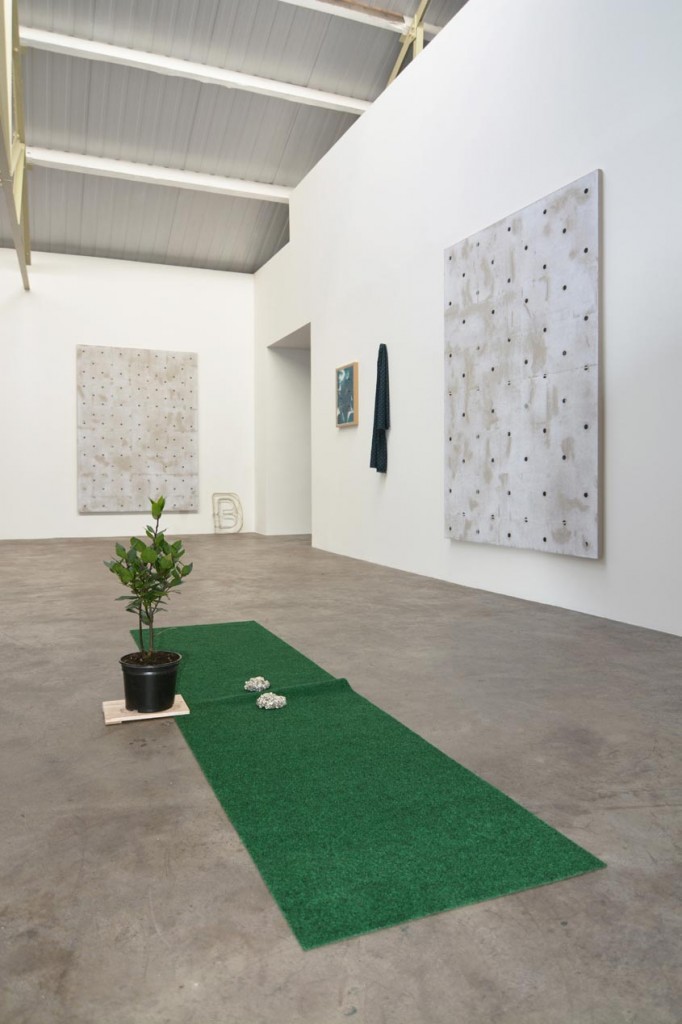 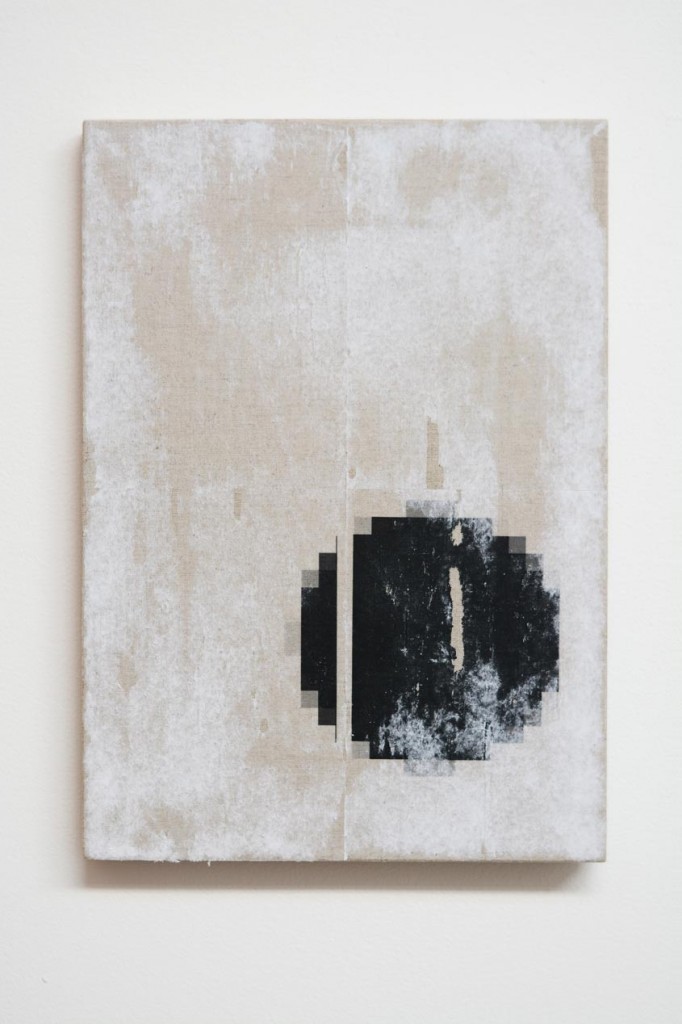 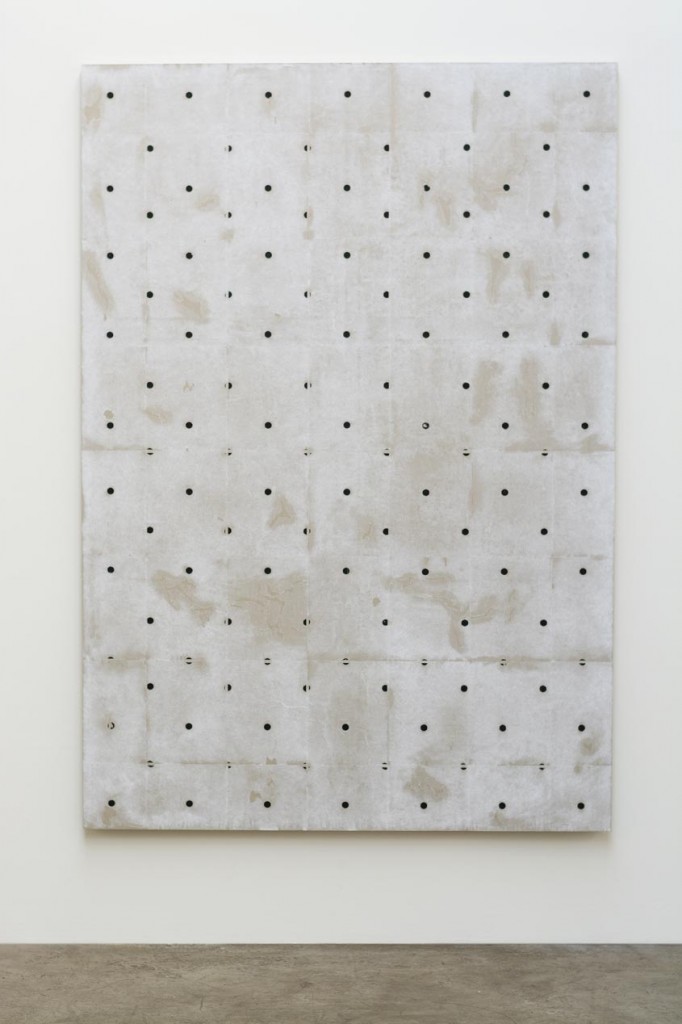 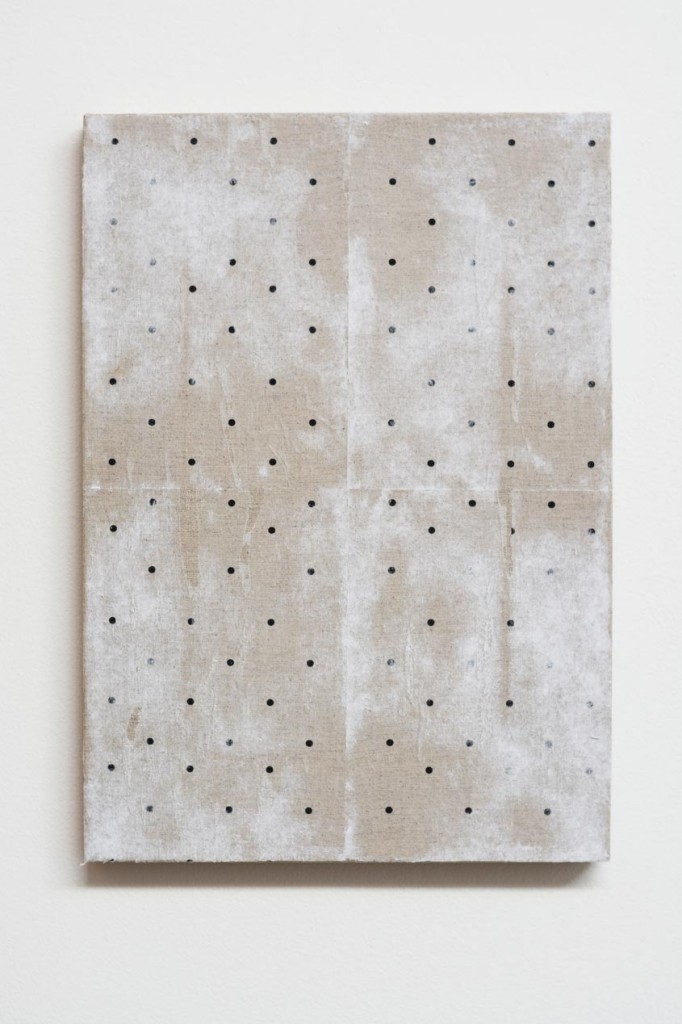 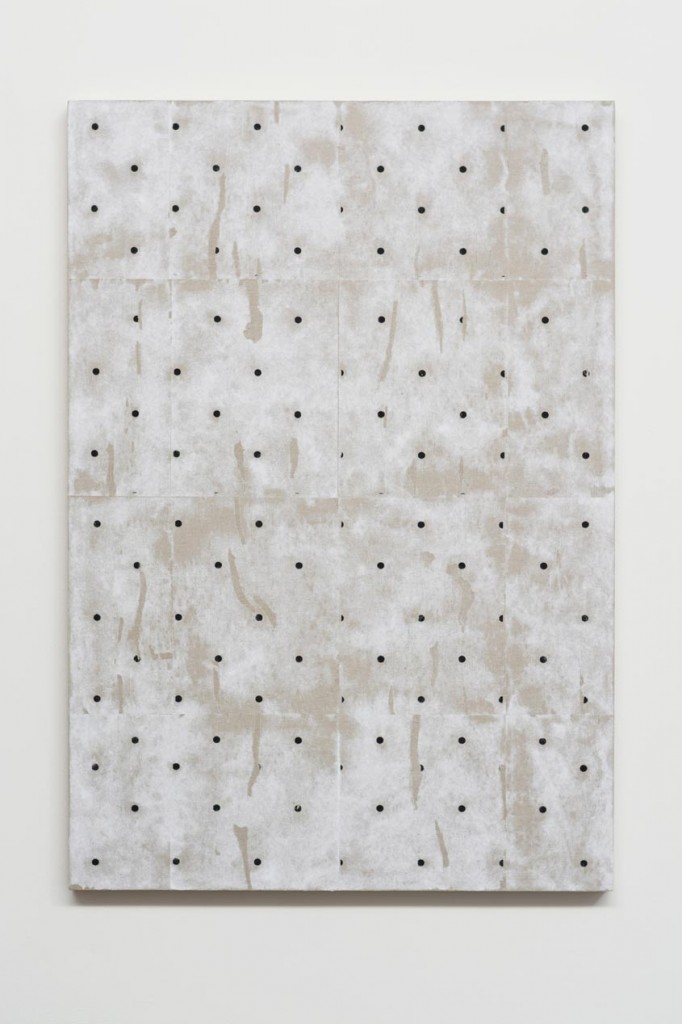 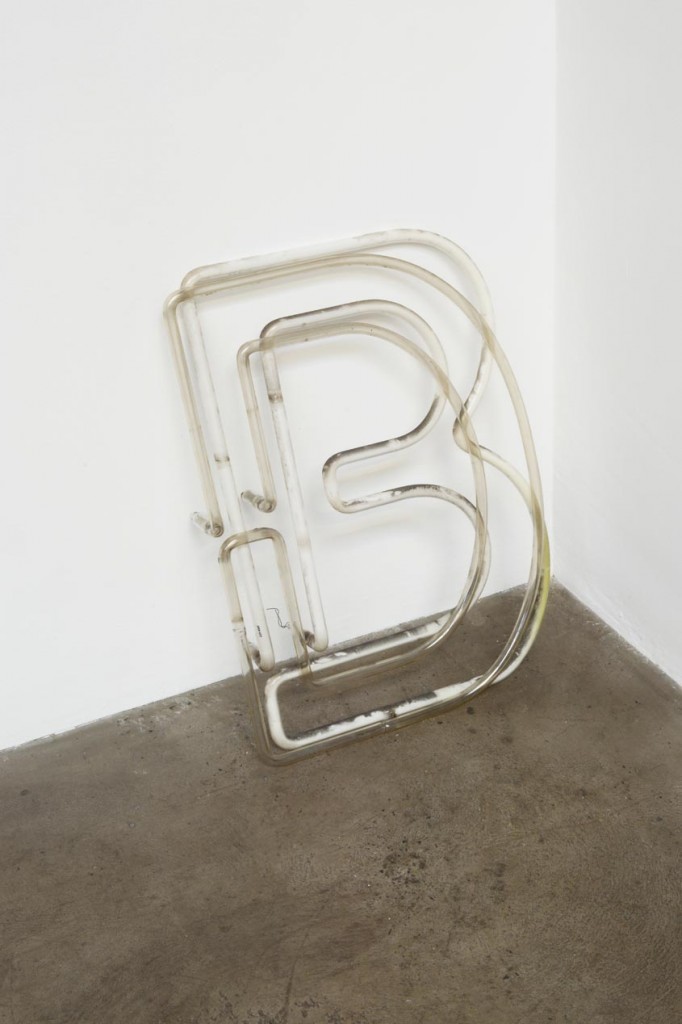 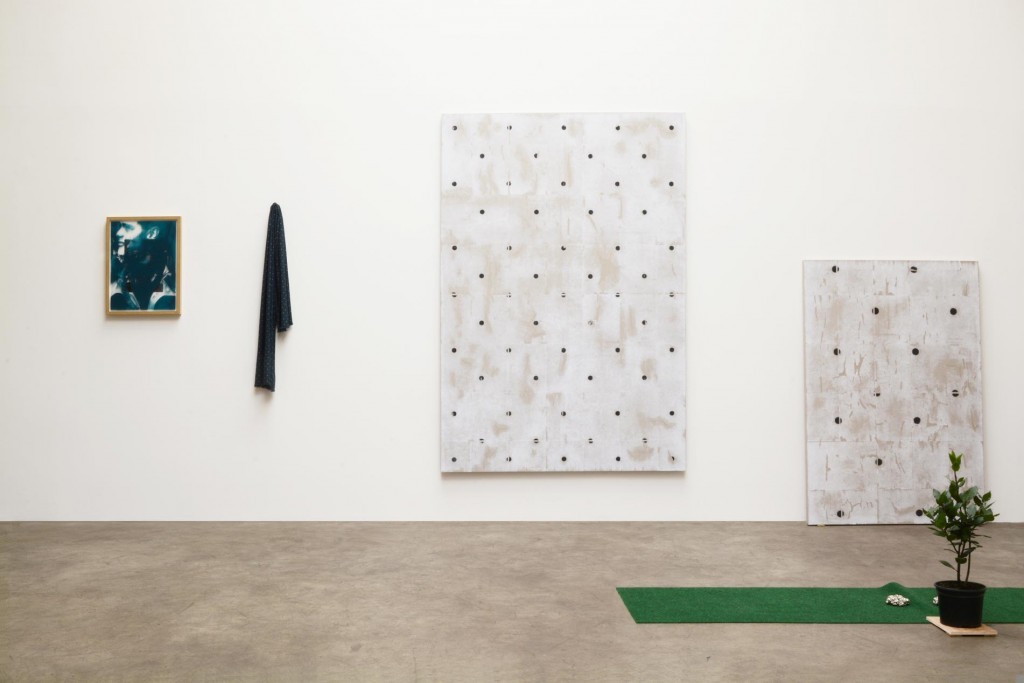 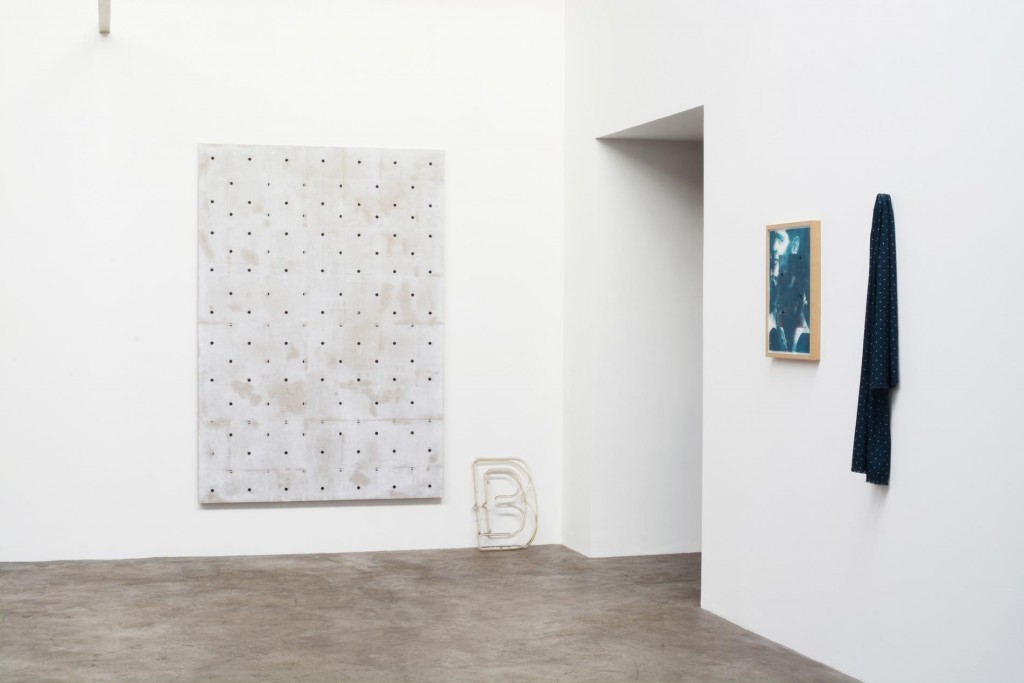