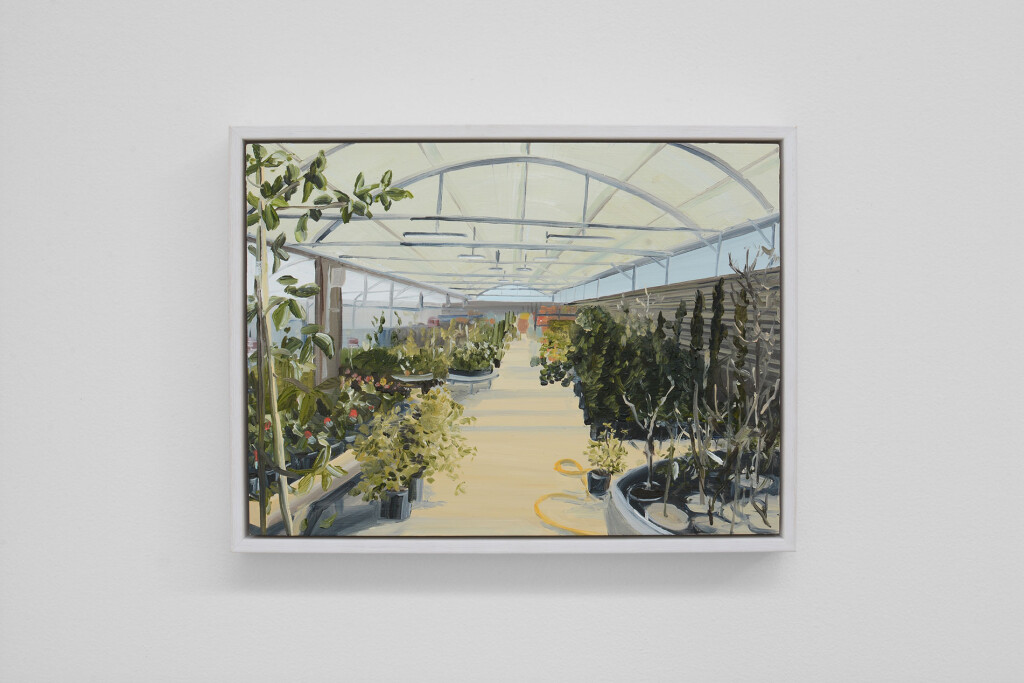 This year I moved into my own house; renting from family meant that I could do a bit more with the house in terms of decorating, changing layouts. This led to the ‘need’ to spend more time in such places as IKEA, various furniture shops, appliance stores, and I think this is what lead me on to paint some of these spaces and subjects. Was I painting my aspirations? Perhaps I would have liked to own a coffee machine, but as soon as I made the painting, I no longer felt the desire. Perhaps I never really had the desire at all, and I might be a little annoyed at the world for tricking me into thinking that I did”. [non serviam] i

Of late…ii, for whatever reason, coincidence, sub/semi-conscious [?], I seem to be drawn down a rabbit-hole in the neighbourhood, specifically in books, art, etc., that drops directly into a quiet, private, somewhat obsessive world of interests, list making, introspection, distanced, objective cataloguing, and so on. Vaccinate me now! Nomenclature has always been an interest, but… over the past two years, I have been slowly struggling with Joyce’s notoriously difficult masterpiece, Ulyssesiii, along with books about Ulysses, books about Joyce, while simultaneously (on and off) effecting a slow crawl through Aidan Higgins’ enormous, ponderously brilliant memoir of everything, it seems (makes of car, shopping lists, golf scores, local histories), incandescently written about almost-next-to-nothing; A Bestiaryiv. Evidently both Higgins and Joyce were obsessive collectors of minutia. Higgins in the tactile real, the here and then, and with Joyce, a careful intellectual cataloguing of Dublin from distance and by proxy, from Trieste, Zurich and Paris, of impeccably precise details; from the manufacturer of the Pianola in Beth Cohen’s brothel, to the drift and tenor of popular, bawdy (inappropriate in our world – no such thing in Joyce’s) songs, anecdotes, gossip, jokes, to the number of steps from the street up to the front door of No.7 Eccles Street. Joyce jested, without joking, that if Dublin were, for some reason destroyed, that it might be rebuilt using Ulysses as a blueprint. Conversely, Higgins asks if “…the memories of things are better than the things themselves?”v

I can’t but help… ask a similar question of Ciara Roche’s paintings, about their almost-next-to-nothing status, as inescapably therein lays (lies – I smell mendacity) similar obsessive detailing. Paintings, akin to Joyce/Higgins’ written subjects, which test the right to be subject worthy. Again, they are distant, removed, cool, objective, sometimes funny, but from her multiplicitous, tiny oil ‘sketches’ [?], many on paper, visual lists beyond simple studies, exercises, we could clearly select and order ‘stuff’. Make choices: SMEG Kettles, silver, black, primary and/or three shades of pastel toasters. Which, if any, do we need or want? Choose the perfect Dyson vacuum cleaner for a particular task. Never loses suction… Complete an online-purchasing-decisions from the ‘SEXY’ range of Victoria Secrets. If we were, when, allowed, to visit the ‘VS’ store in person, from Roche’s paintings we would even know the ‘correct’ COVID-restrictions-social-distancing-route, around the shop, as indicated by taped yellow arrows adhered to the floor. Actually, I sense that specifically it’s not a dedicated store, but like many of Roche’s scenarios, an artifice; a store within a store, a concession, within the over-arch of a greater department store. The exit is visible, but, like the notorious Father Ted (S02EP11) episode where a group of Catholic priests are inexplicably (?) trapped, in a lingerie department, there’s no physical escape. Artistically redirected down another path by Roche, we might choose to redecorate the house, guided by a selection of perfectly co-ordinated, IKEA selected, room offerings – this goes with that. No need to actually go, Home Delivery available or Click-and Collect. Even replant the herbaceous borders in the garden, from (assumingly) botanically correct paintings of garden centres. I trust them, they are after-all, offered complete with outdoor seating and paving options…

“O, rocks! Tell us in plain words”, Molly Bloom cries out! Taken baldly – Roche’s paintings are arguably bald, unlike the lingerie in the sense of few frills – direct, utilitarian almost –the brushwork pro-functionary rather than aestheticised. Neither tragic nor heroic, neutral, unemotional, her small-scale oils, unpopulated interiors, exteriors (one petrol station – you have to gas-up somewhere, at some stage), create borderlines, or sit delicately upon recently sealed and freshly stained garden fences. (I googled this and got “12 outstanding ways to protect your wooden fence”. The simplest being, “LOOK AFTER IT”. Also contained therein was the following wisdom: “Wooden fences offer a beautiful and classic way of marking the boundary of a property. They also help keep unauthorised/unwanted parties [!] away from your property. As much as people use them for fencing [what else would “people” use fencing for?] they’re highly vulnerable to extreme weather conditions [FYI: sealing them is not going to protect them from climate extremes. Tornadoes, and such…] and other forms of damage – people, animals, pets, etc,.” – N.B not riots nor stampedes). During our shared pandemic against which borders are also pretty useless, Ciara Roche has spent her isolated time well – in the small studio at the bottom of her garden, of the house rented from her parents – productively, usefully, fencing-off her particular plot, to either keep ‘them’ out or ‘us’ in. I’, not sure which, but one thing is clear, that she has erected a well-engineered cordon around a zeitgeist moment, simultaneously common to an extensive slice of the world.

In Roche’s notable show, Here and Away, memories / recollections / from exile, at the LAB, Dublin (2019), the impressionistic depictions of light, space, air were binding elements, combining remotely exhibited paintings of beaches, parks and areas of recreation, from around Ireland and Australia. As such, I’m reminded of a relatively little-known strand of Australian impressionist painting (on the global stage that is), the Heidelberg school, so named not after the German city, but rather a provincial Melbourne suburb. Which is, in itself, somehow appropriately to Roche’s low-key, localised, approach to subject matter, as well her connection with Australia, as a pre-lockdown-visitor, forced to prematurely return to Ireland due to the global pandemic following the LAB exhibition – as the real world closed in. The Heidelberg school commonly employed the wooden lids of cigar boxes (when they were perhaps considered super-common to everyday use… as ‘convenient’ supports for small-scale oils. The dimensions of most of the paintings were similar to Roche’s paintings, being mainly a mere 9 by 5 inches (23 x 13 cm). The majority of the 9 by 5s were painted over the autumn and winter of 1889, which, akin to Roche’s lockdown painterly reflexivity, is reflected in the tones and weather effects of many of the landscapes.

However, given more air, paintings like ideas enjoy air – ventilation apparently good for airborne dissemination – Ciara Roche’s multiple depictions of similar, serial subjects, might be considered a reflexive (impressioned) language of the eyes, expressed in short temporal sentences. The seeing of Joycian/Higginseque minute mundanities, mendacities, glimpses of where and how the world betrays us in small measure; a delicate inventory of unnecessary imaginings, things we do not have, probably never need, and perhaps as expressed by Roche above, don’t even really want. Thus, we have to be consistently egged and reminded that we do. Fripperies is a nice word, not used enough. Things replaced by image, experience by memory. More houseplants anyone? Memories are better than the ‘real’ thing, they unlike singular, isolated, experience, can be shared.

i Extracted from emailed practice notes from the artist. [Non serviam]; my addition, Biblical, Latin, originally attributed to the Devil, but an expression favoured by James Joyce (his own little sort of devil) – translates approximately to: I will not serve.
ii Of late… two little words that seem to have different temporal dynamics in the time of lockdowns and global pandemics…
iiiJoyce, always expressed disappointment that Nora Barnacle, his lover, partner and mother to his children, had only ever managed to read twenty-nine pages of “the Greek book”, which, as he ironically added in a letter to his brother Stanislaus, “included the title page”
iv Brilliant, add it to your own personal list, to buy, to read: in my little opinion, up there with the greatest of Irish literature. See also No.5
v Expressed in a remembered reflection of Beckett reflecting upon (from Paris, and immortalised in More Pricks than Kicks –I’ve never read it, but as a teenager I recall my brother reading it in the bunk bed above me) the demise of the illuminated ‘Bovril’ sign over Dublin’s College Green. Aidan Higgins. A Bestiary, 2004, Dalkey Archive, pg. 371. I’ve thus never known the sign, even read about it first hand, but I believe I have…Therefore memories are better than the ‘real’ thing, they, unlike singular experience, are transferable. ­­ 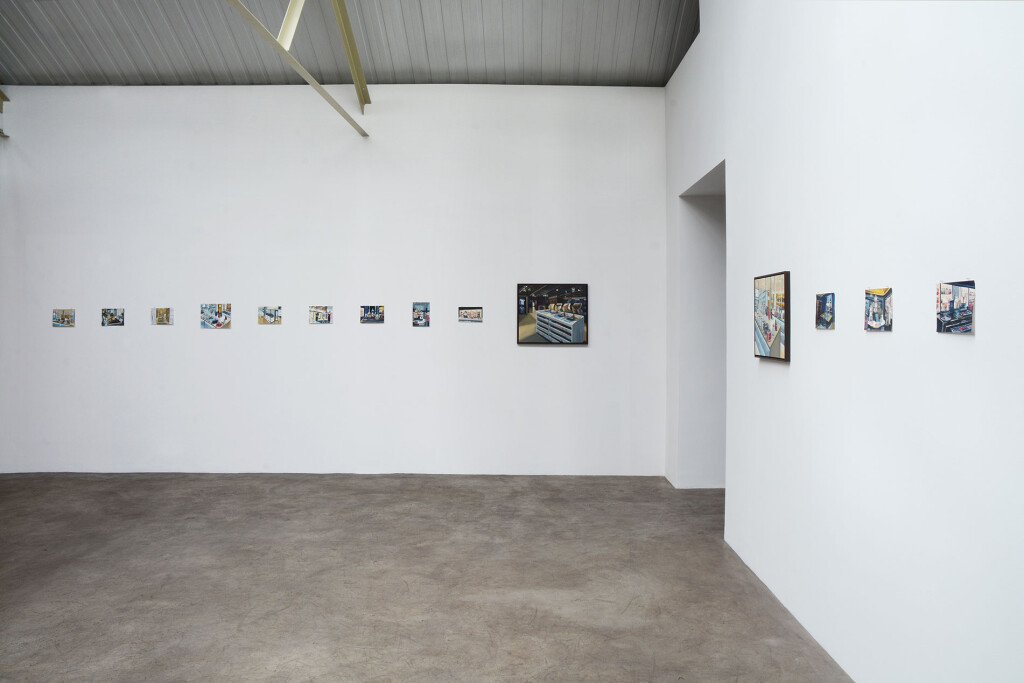 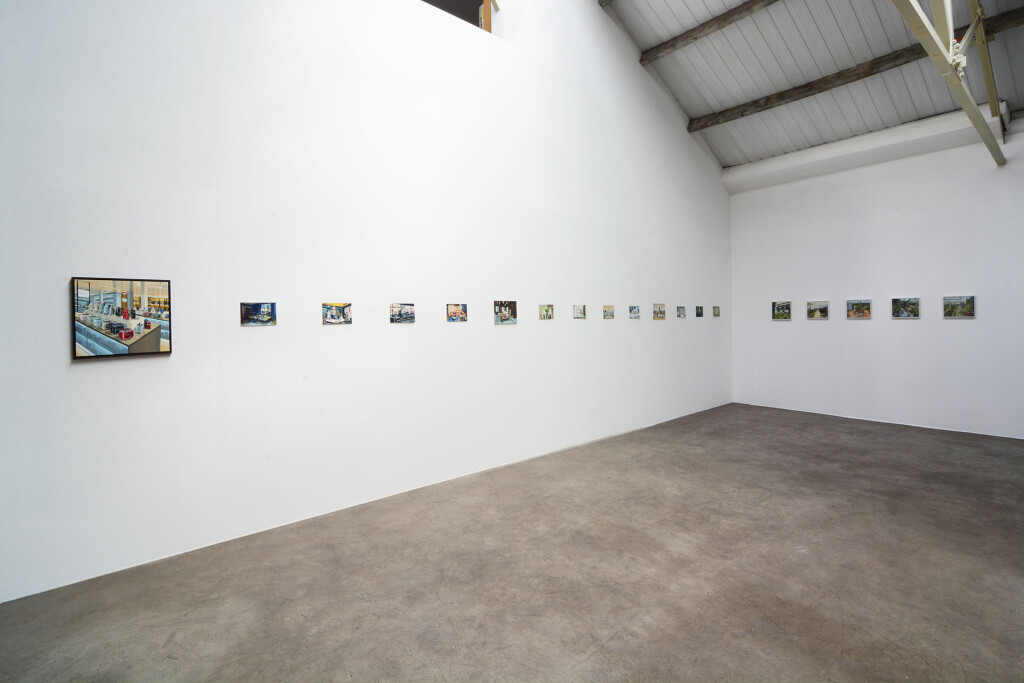 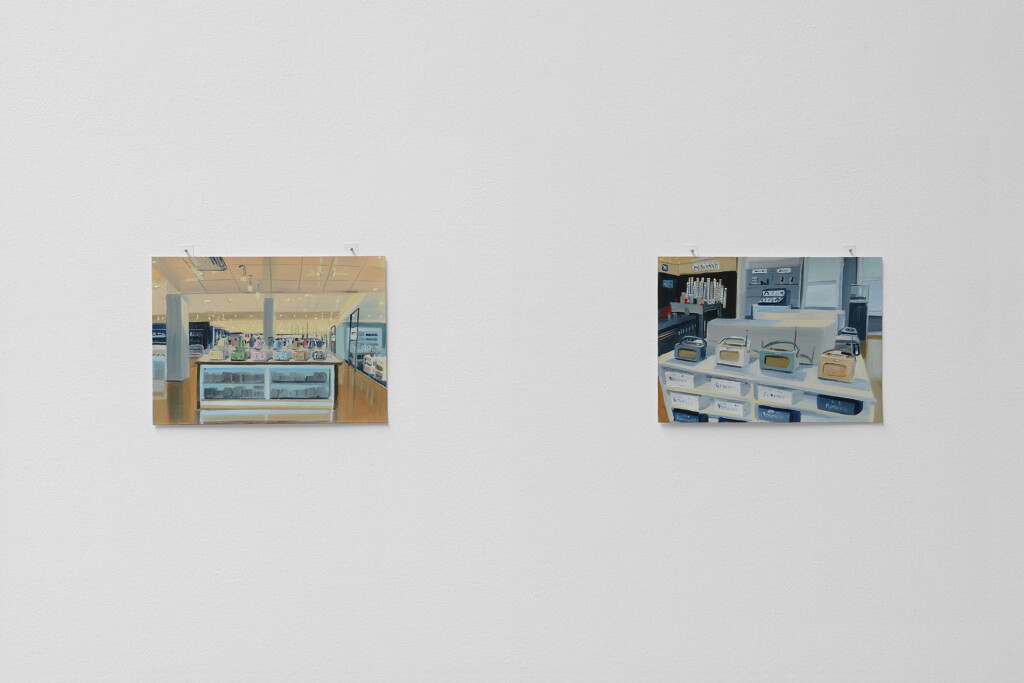 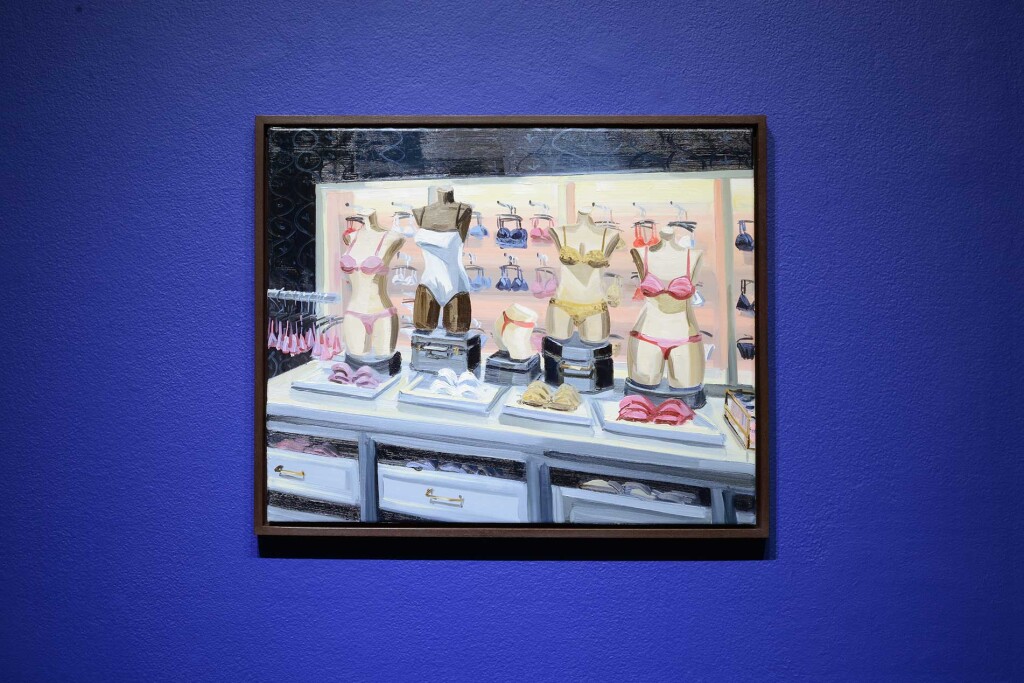 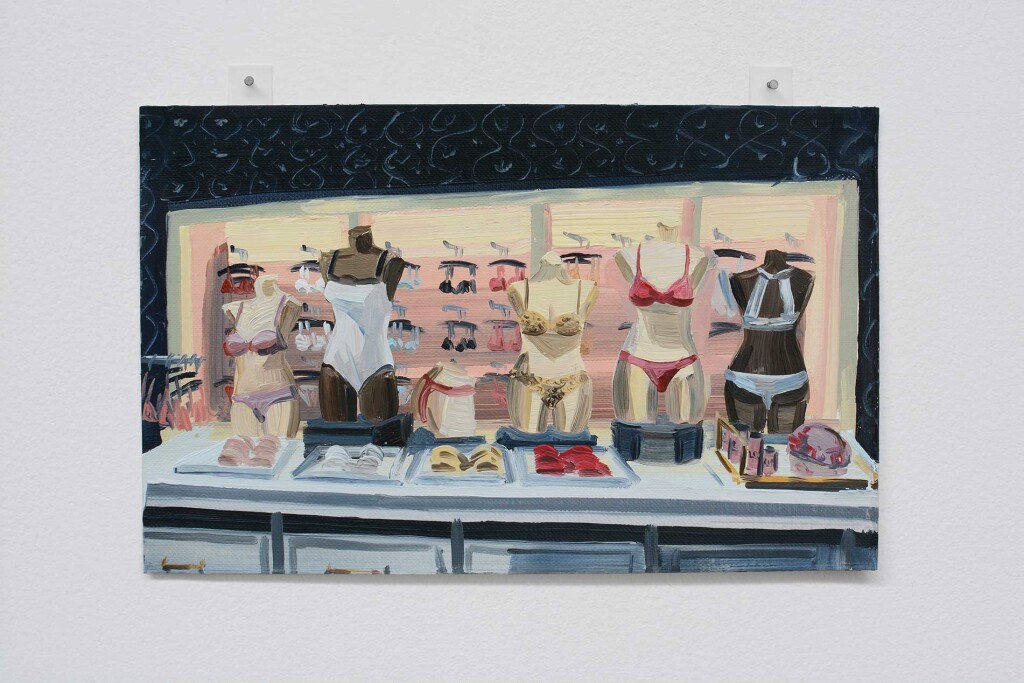 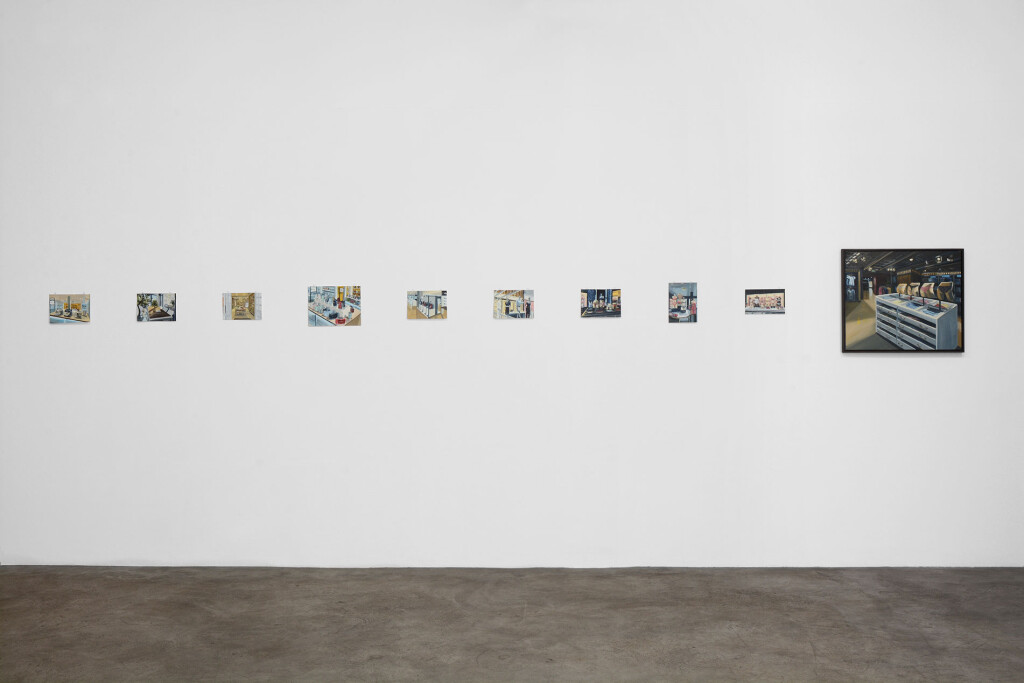 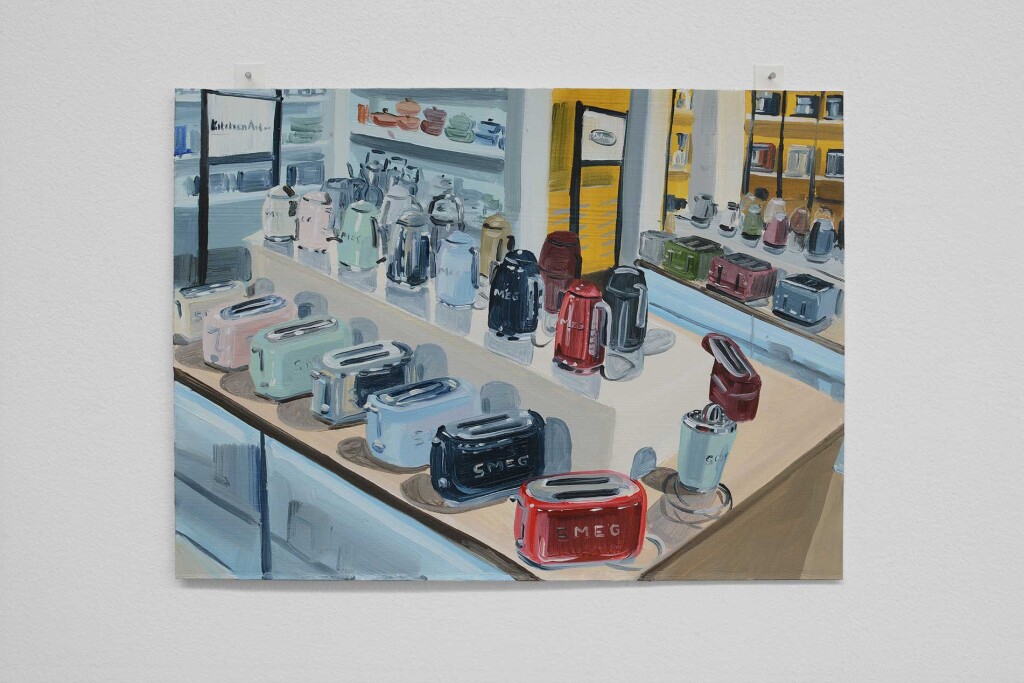 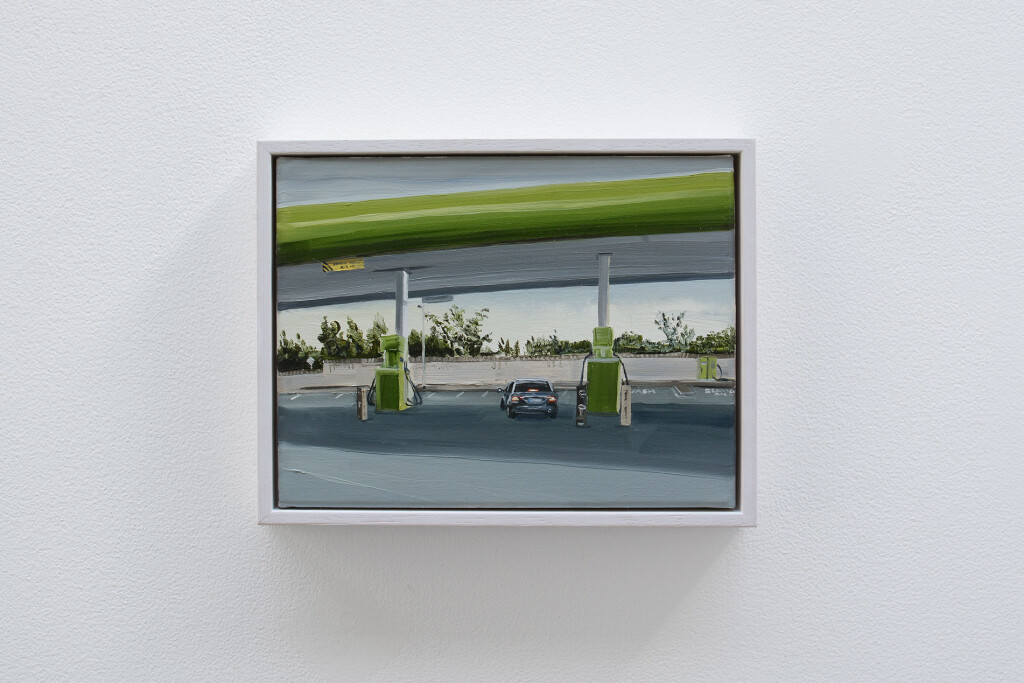 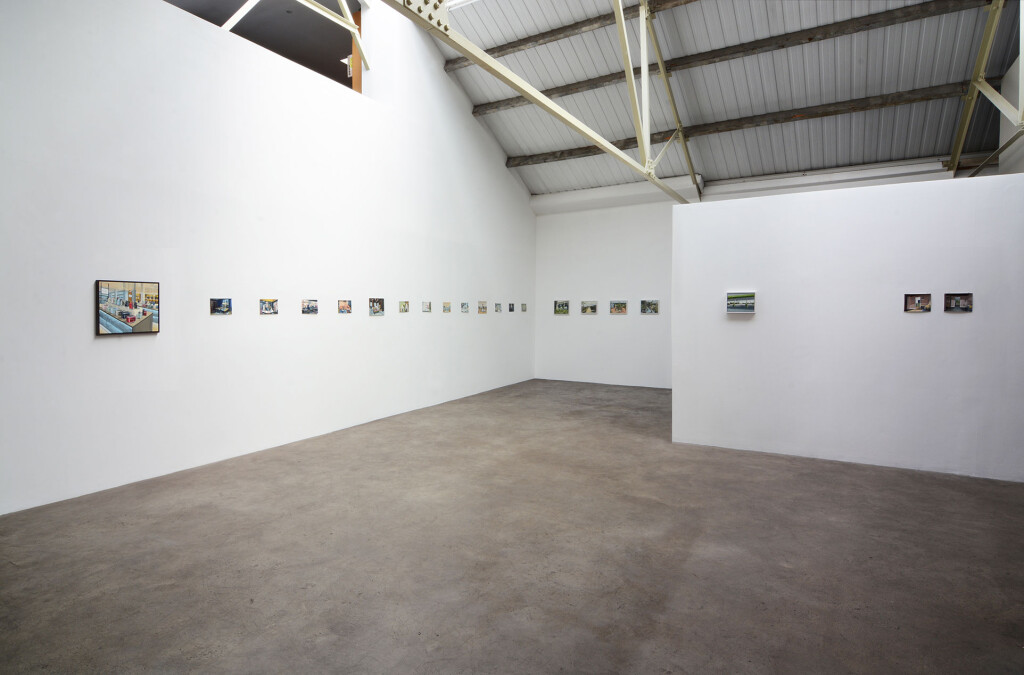 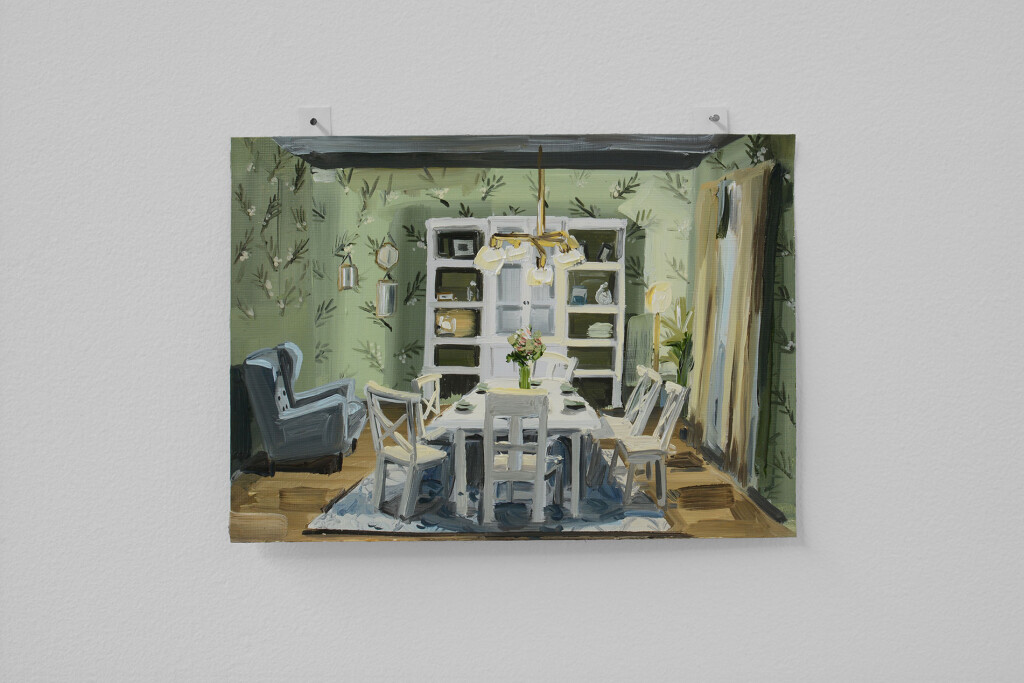 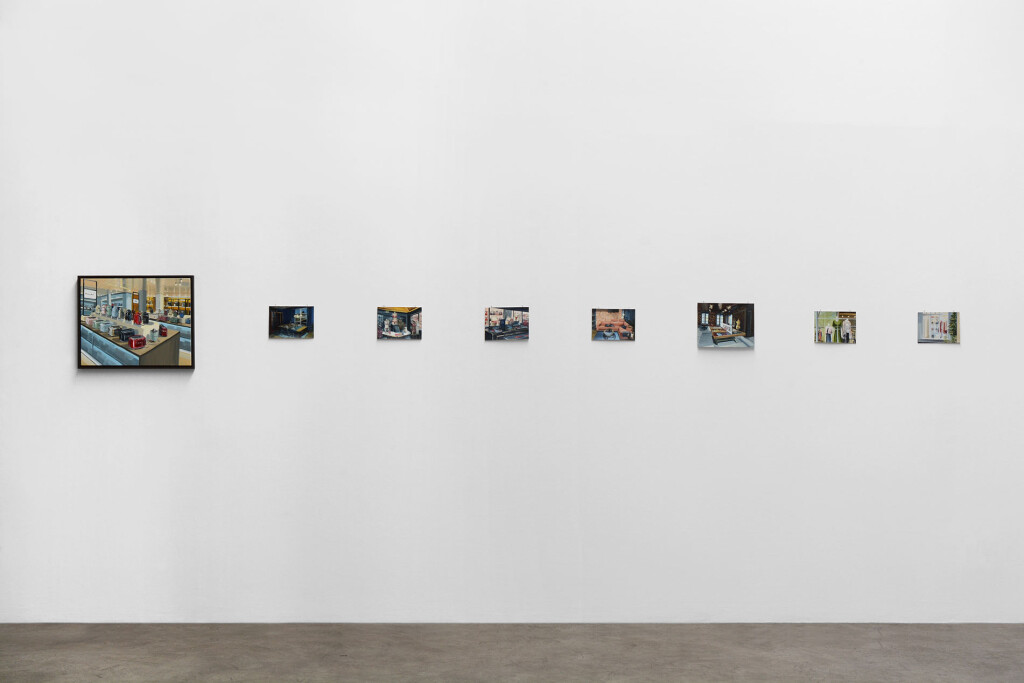 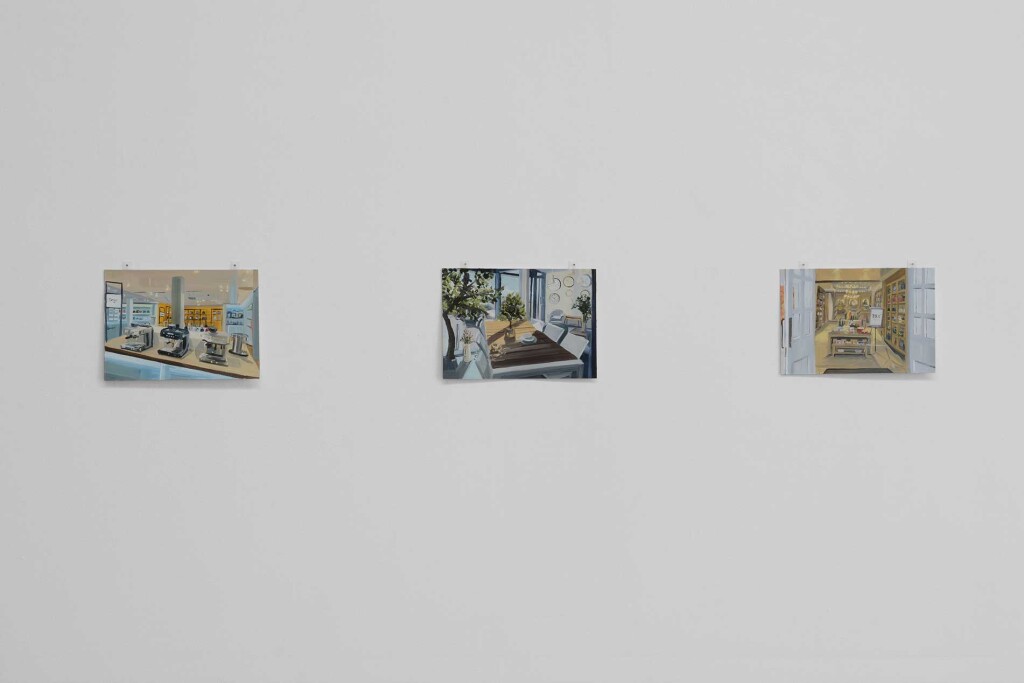 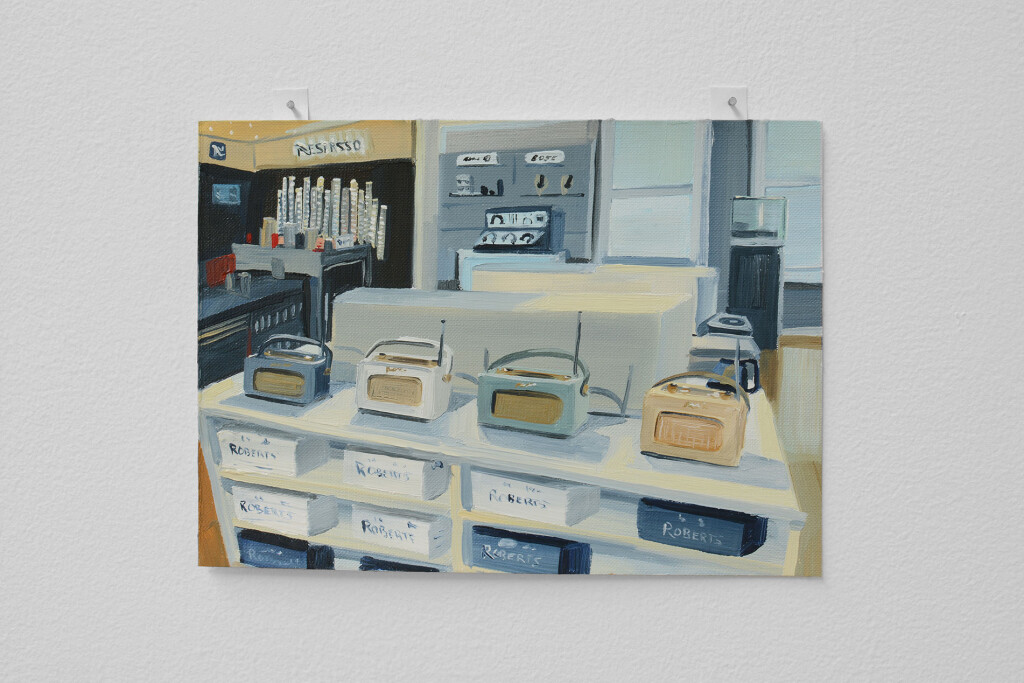 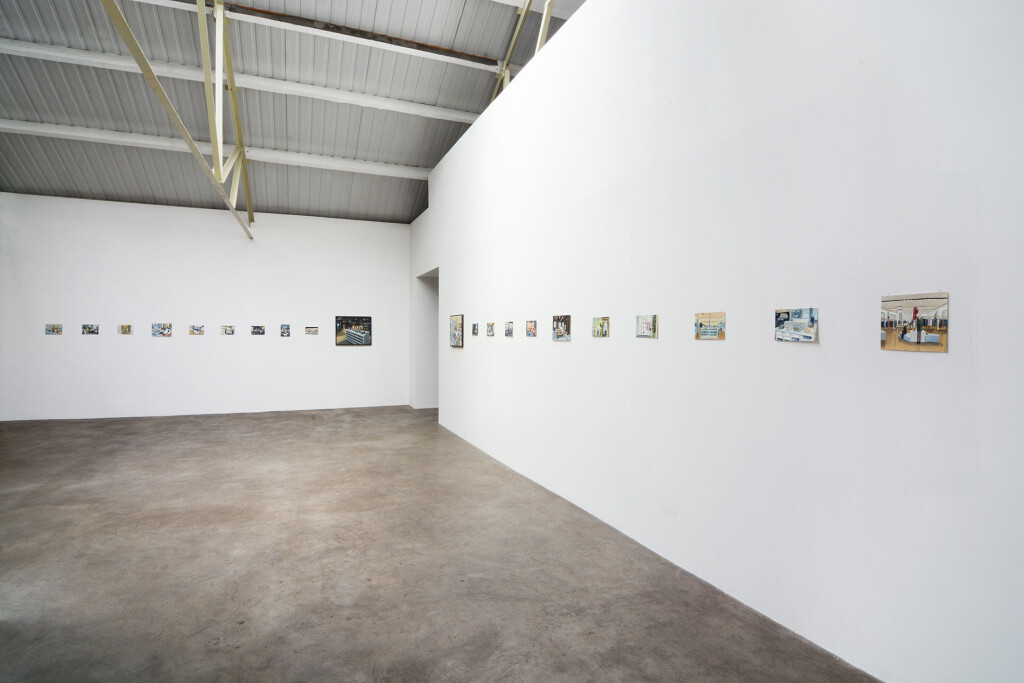 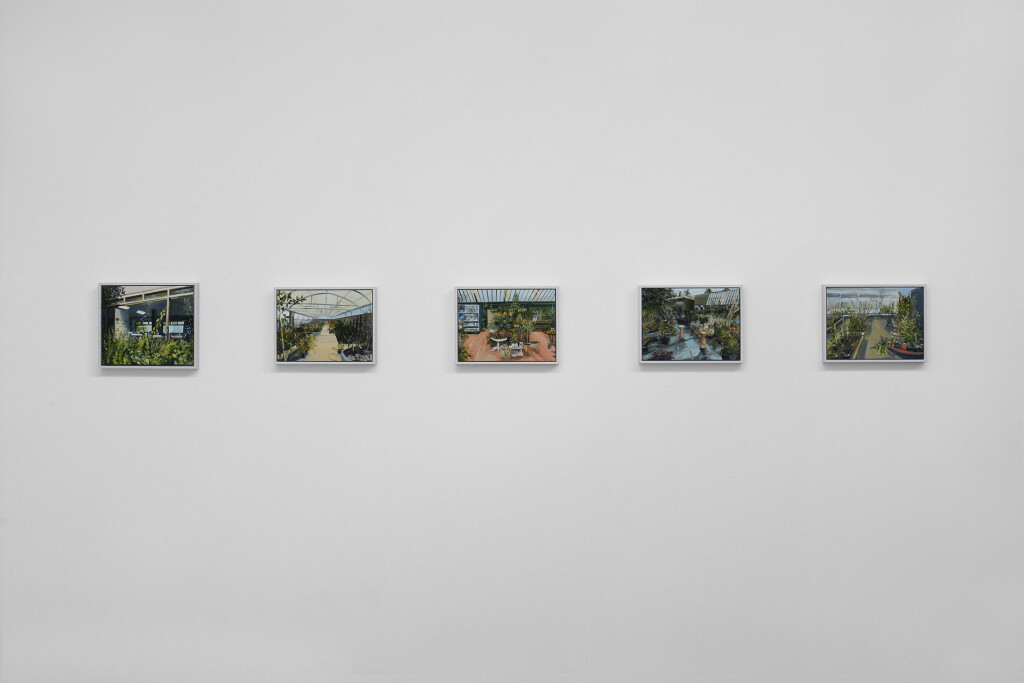 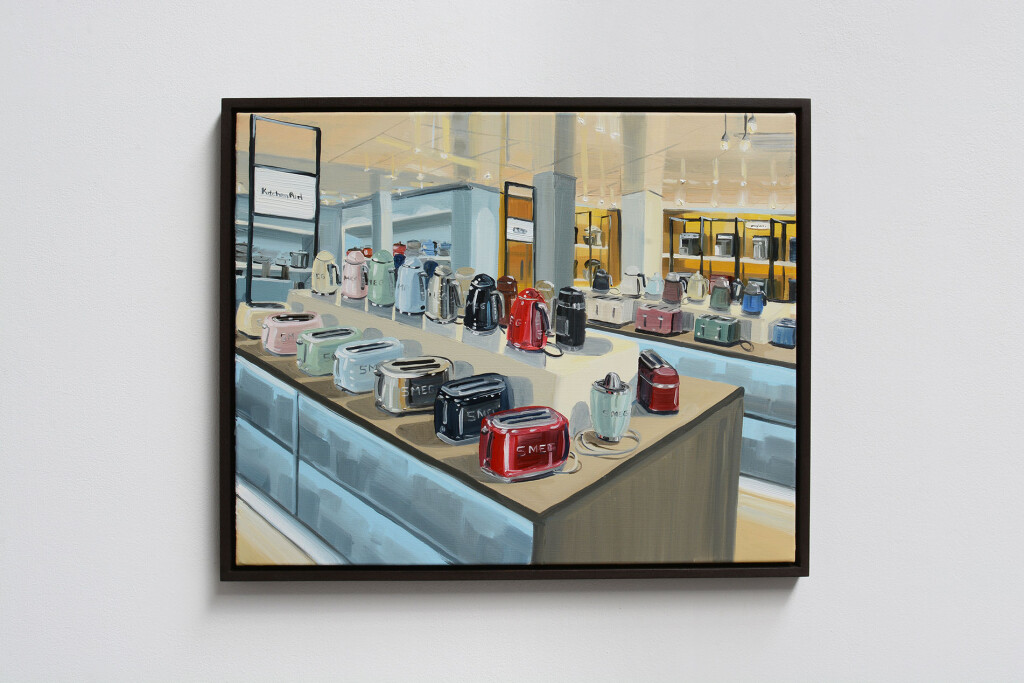 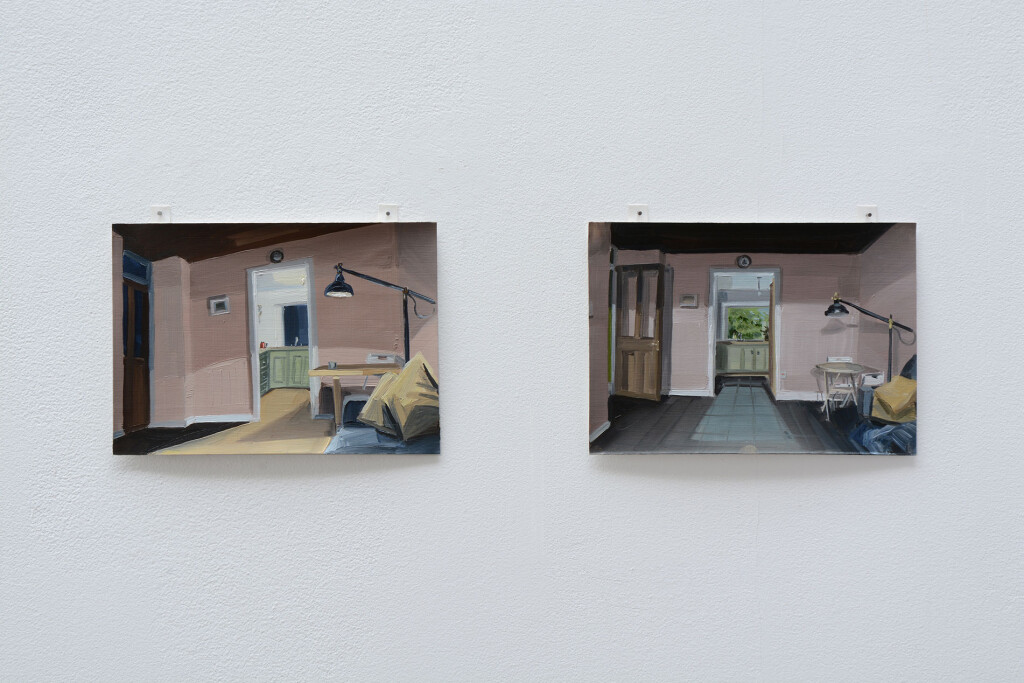 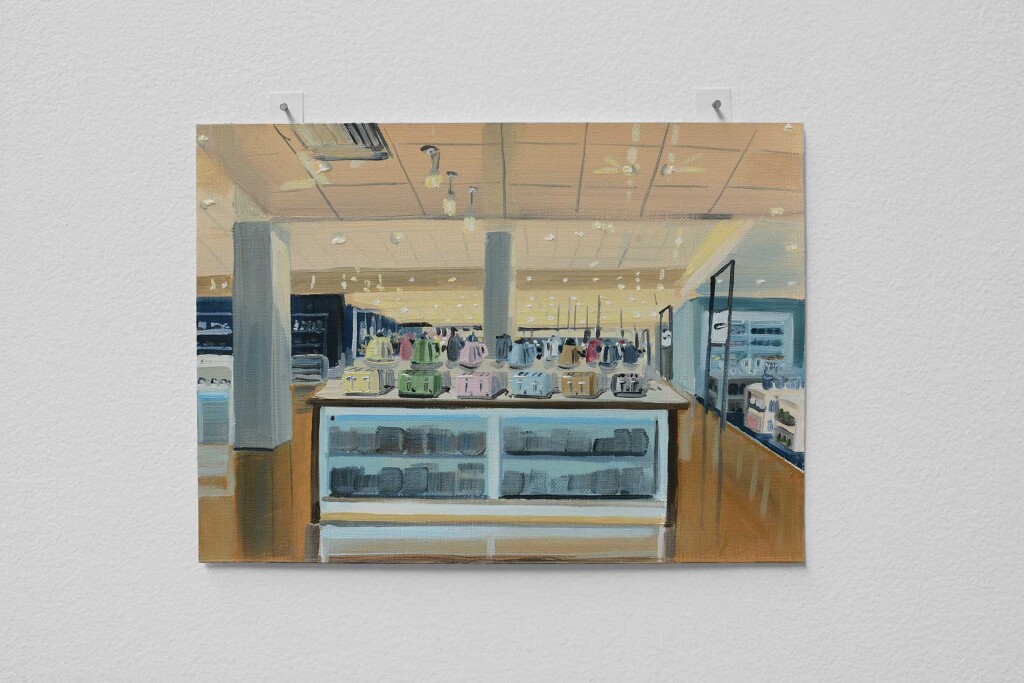