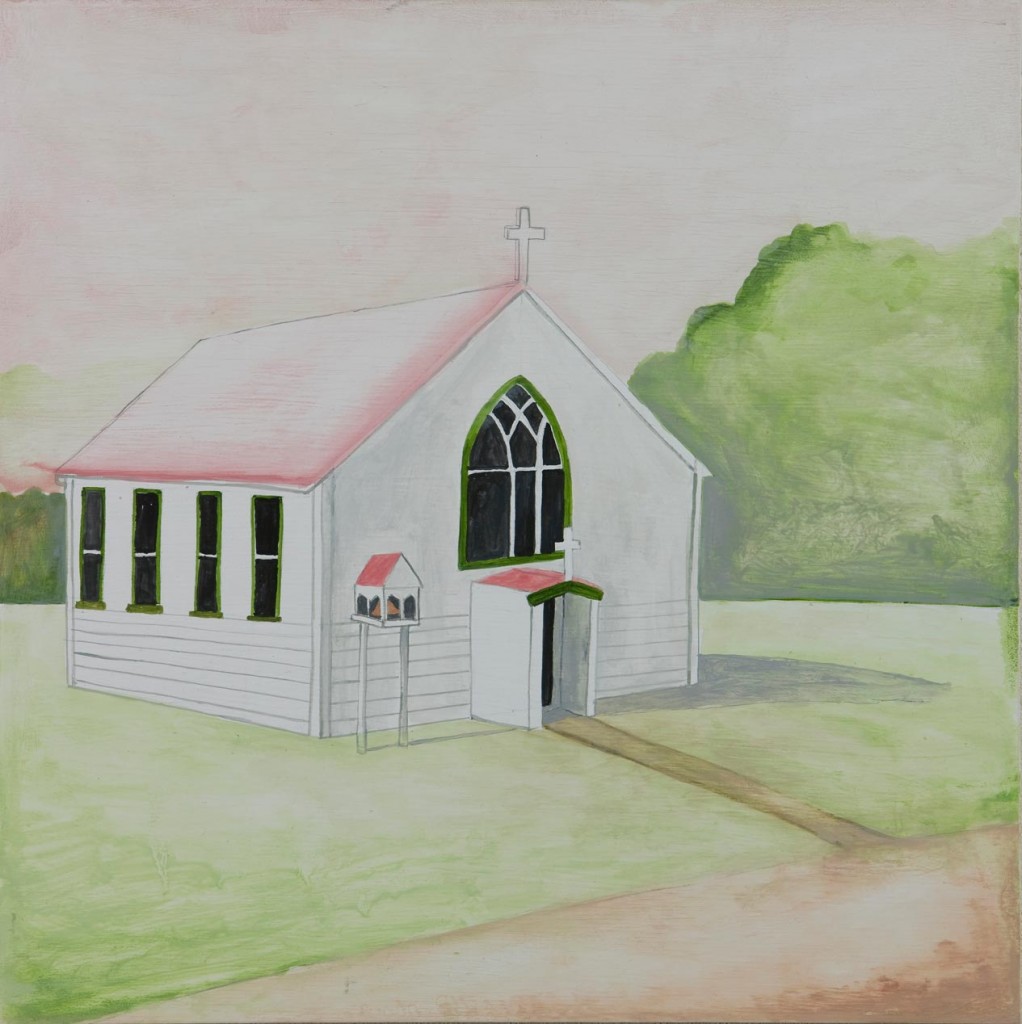 The distinguished painter Noel McKenna can quite legitimately be claimed as an Australian national treasure. Over the past years he has been very slowly working his way around the (Antipodean) world visiting remote backwaters. From these careful study trips extraordinary bodies of laconic and wistful paintings emerge from his Sydney studio. These stand as pictographic documents and cultural mappings, not so much of the locations but of McKenna himself, and of his singular and unshakeable vision of art. McKenna’s apparently naïve small-scale paintings on plywood panels are pervasively occupied by silence, yet not peace. They delicately search out societal cracks and schisms, prising them a little further apart until they start to leak whispers of the disquiet contained therein.

An email (ironically – see below) from the artist described his most recent trip to Northland, New Zealand, and the subsequent body of twenty paintings that constitute this exhibition:

‘Northland is the way it is for a reason, many reasons I am sure. It is a region at the very top of the North Island of New Zealand where it is difficult to distinguish the difference between the present and the extinct. I felt at home there, being a person who is still uneasy about email, Northland seems to offer hope to the outmoded and jettisoned.

It is not inaccessible but not easy to get there either, the roads are not autobahns and some areas are only reached by vehicular ferries which go once an hour in peak hours and only carry about six cars. Some things take a few years to reach New Zealand from anywhere else in the world; they take longer to filter up to Northland.

I drove up to the Northland town of Russell with the writer Gregory O’Brien to stay with the photographer Laurence Aberhart, so I was in the company of two people who knew the area. Laurence has been photographing Northland for over thirty years and he mapped out routes for us, which took in buildings he has photographed. You never see many people around when you drive and when you come to a town there is no waiting in whatever eating establishment you visit. The buildings are humble in nature where one can imagine devout parishioners regularly polishing the interiors of the churches on a voluntary basis.

It is a real provincial area even in 2008 and you get the sense that if you went there in 30 years’ time it would still be the same, although Russell has had a large house built on a hill which is available for rent at $10,000 per week and is accessible by helicopter from the capital city Auckland in the south. I ran into an American man on the jetty decked out in head-to-toe Ralph Lauren. He was staying at the $10,000 per week house and commented that it had a fabulous view, but the local staff were a bit rough and this was something they needed to sort out if they wanted to compete internationally.’

Noel McKenna’s work is represented in more Australian museums, corporate and private collections than is seemly to mention, but Northland is his first exhibition in Ireland and recaptures the lost moment of his abortive 1979 visit – miss it at your peril. 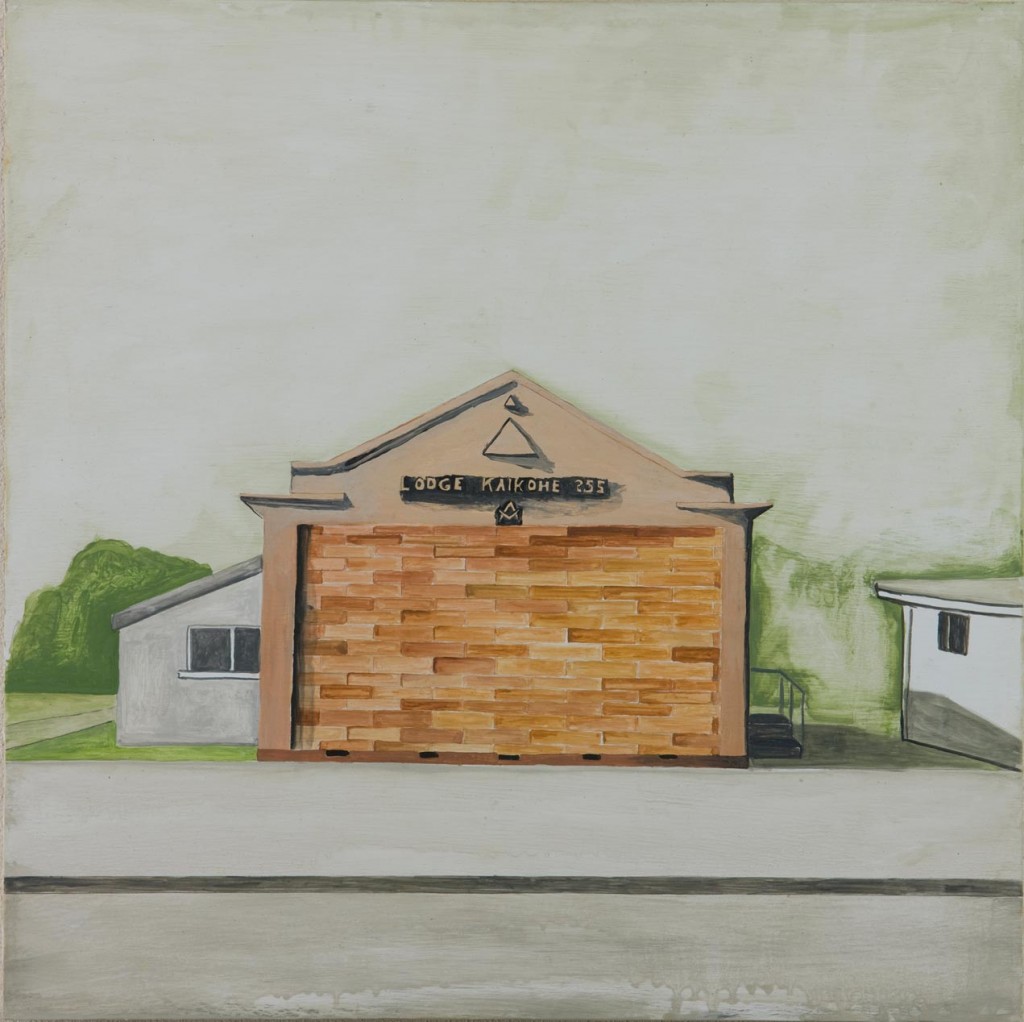 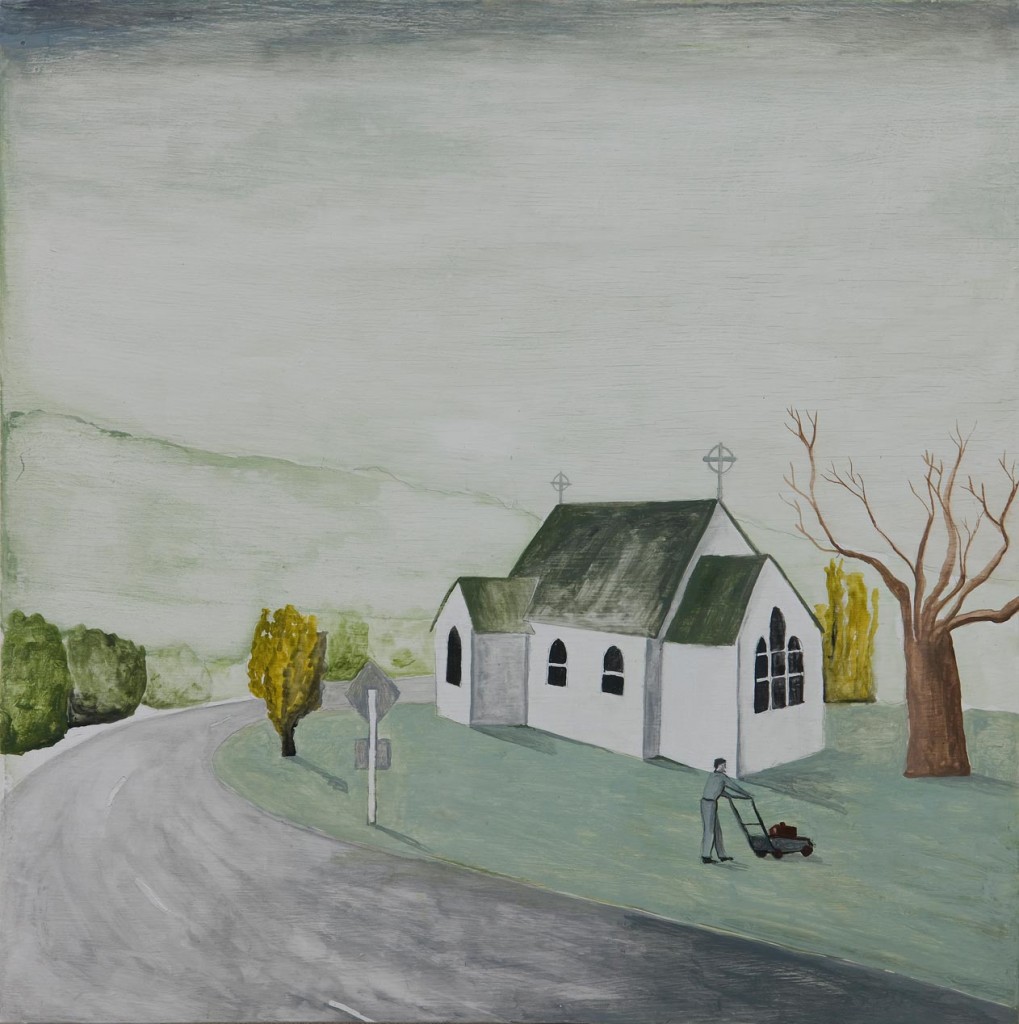 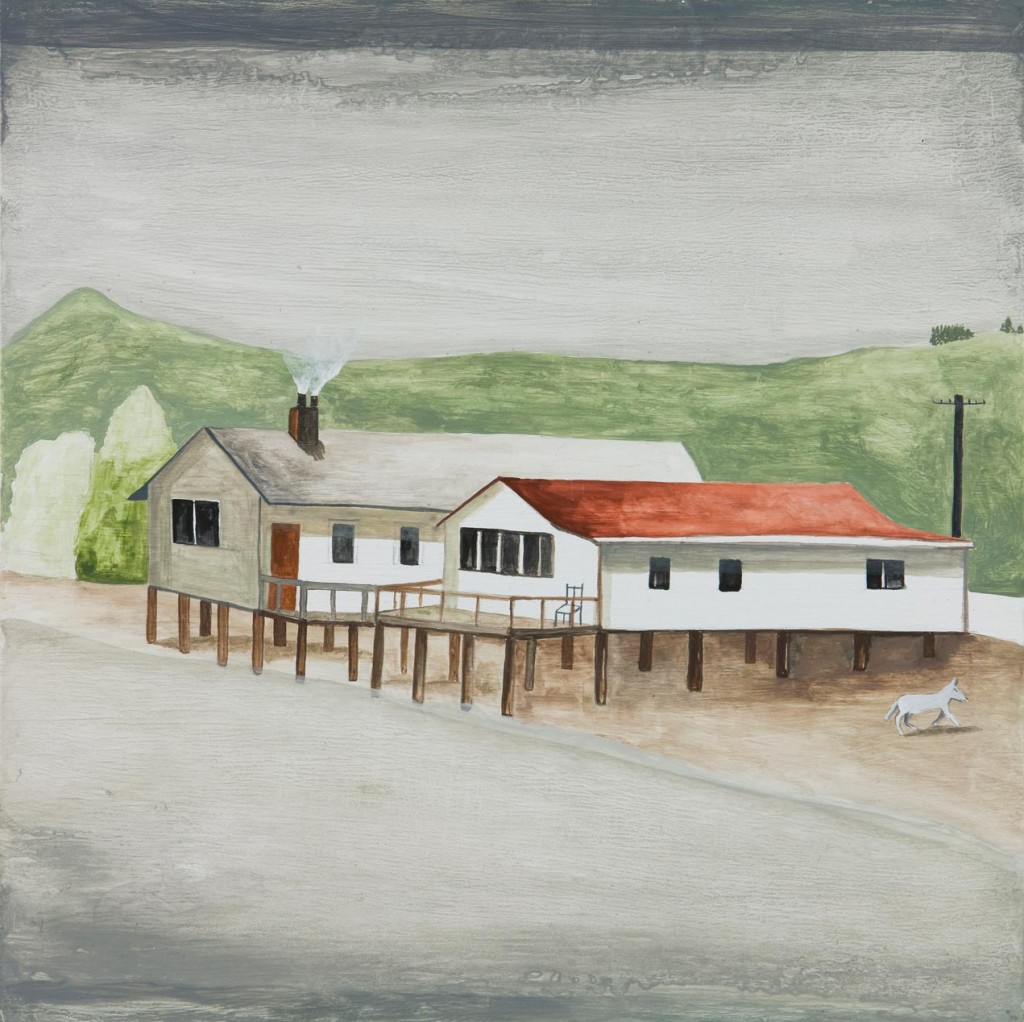 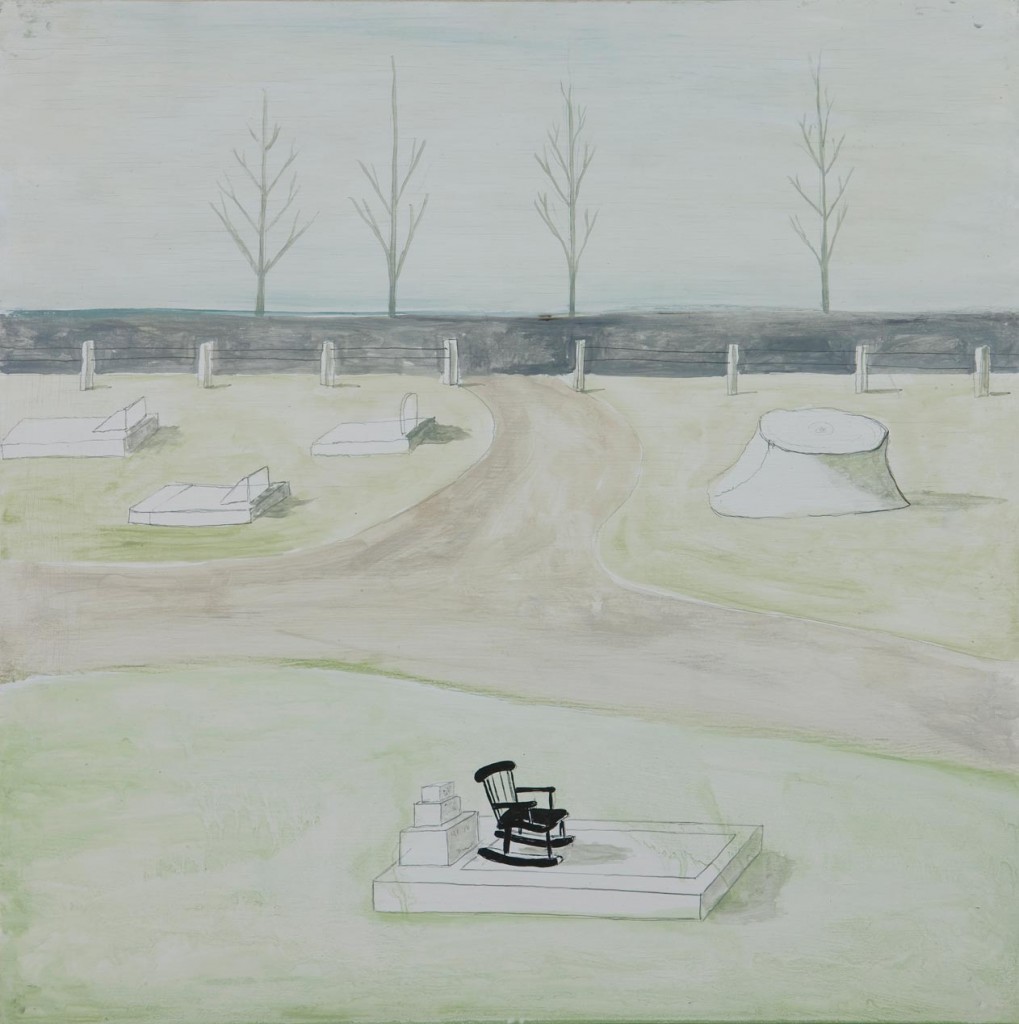 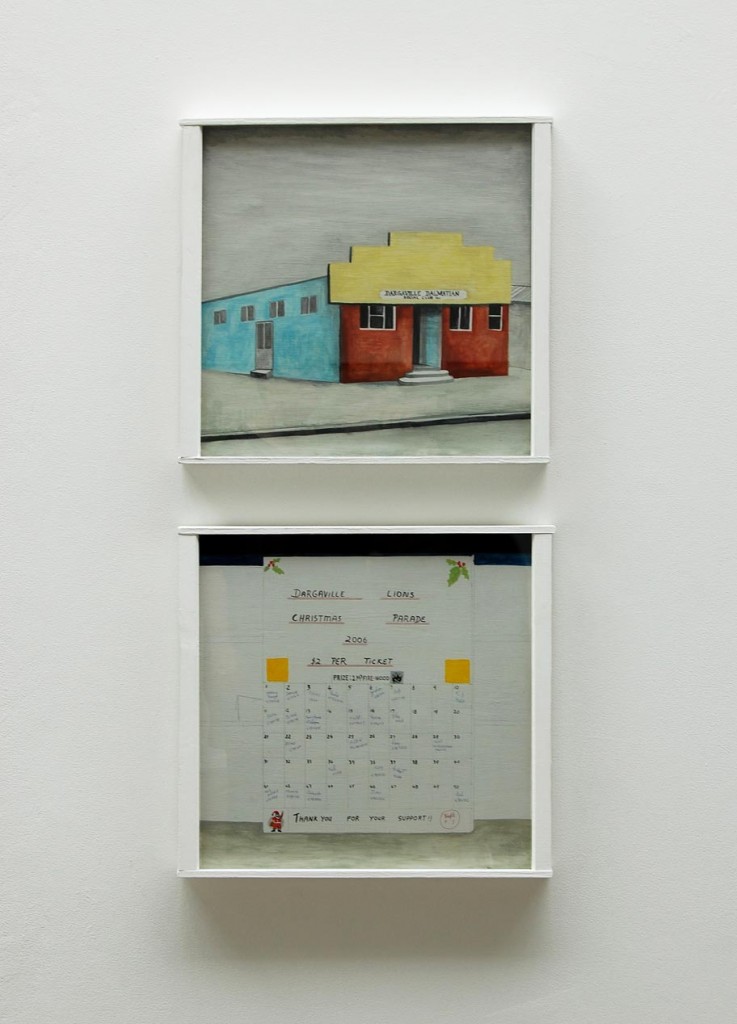 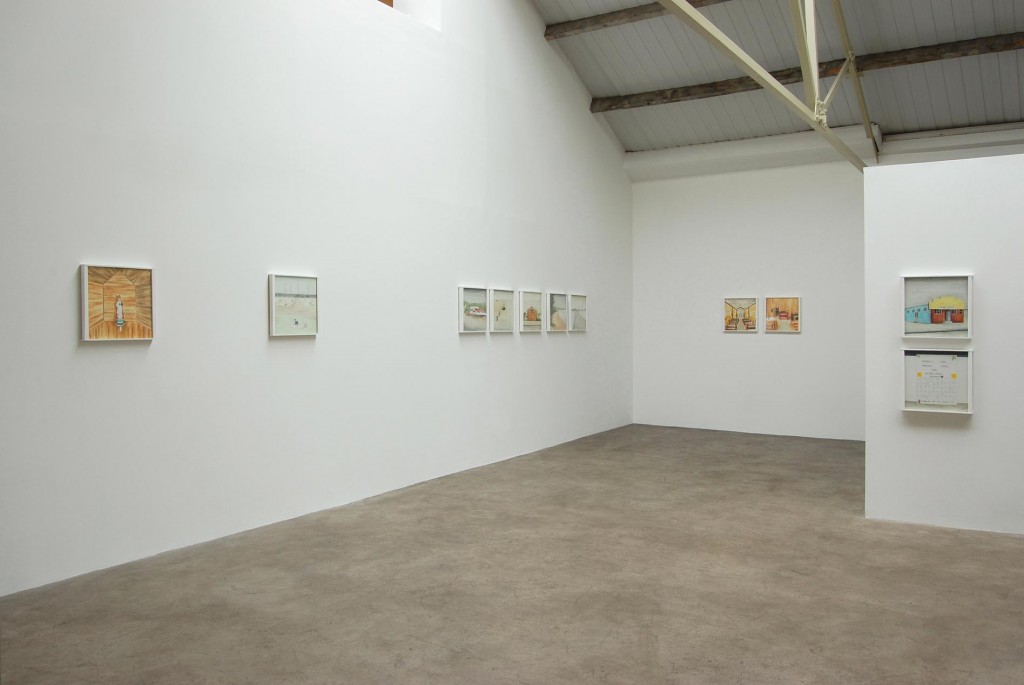