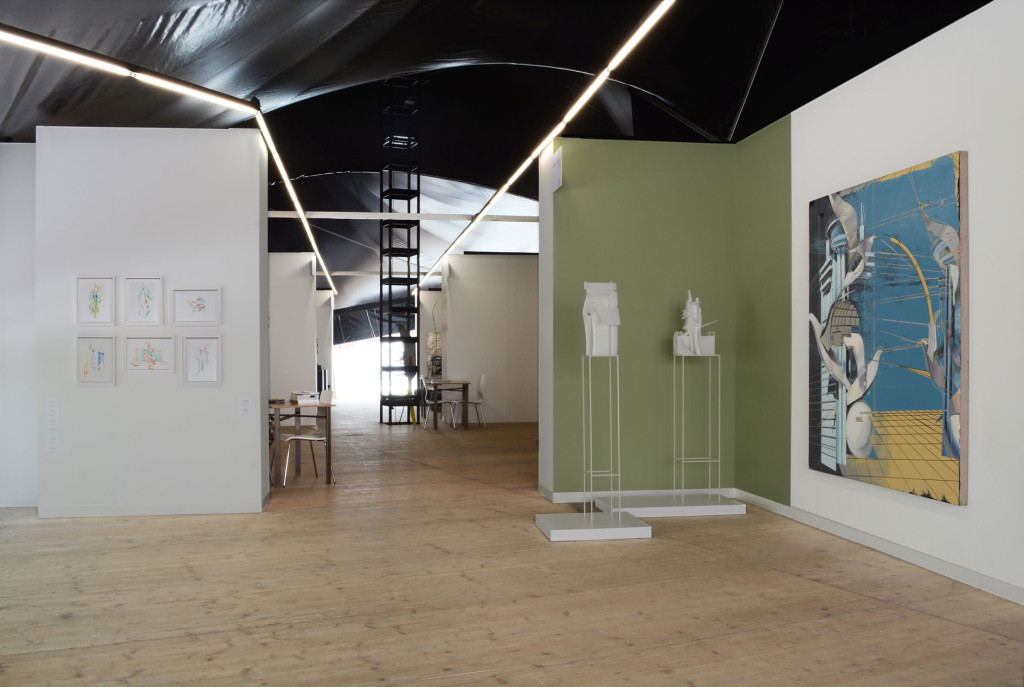 Cui Jie’s paintings, drawings and sculptures inhabit polarised expectations of the past and its (im)possible future/s, where historically, utopian ideals are snagged in the complications of entirely human disorders. A dystopic present looks to an optimistic past to design an unobtainable future.

Cui Jie is considered as a significant emerging voice of the Chinese ‘post-80’ generation (th­­e first generation to grow up in mainland China in an entirely reformist era). The mastery of Cui Jie’s oil surfaces results in extraordinary architectonically-layered paintings, that source hyperbolic combinations of ‘idealised’ urban architecture; merging sensibilities common to contemporary China, post-war Communist DDR, the social ideals of Le Corbusier and Metabolism’s fusion of organic, biological growth with intersectional, ‘futuristic’ urban design. Yet Cui Jie’s architectural vernacularisms and their embedded metaphors are indicative of Chinese megacities and are consciously distinct from their Western counterparts. Her buildings stand isolated from the context of their megalopolis, yet share municipal space with modernist sculptures that bespeak new-found freedoms of the Chinese reformist, capitalist era and the embraced adoption of forms that dream in modern vision space. The West’s devotion to the hegemony of the rectangle is built upon, yet simultaneously demolished by Cui Jie’s anarchic joy in hoops, loops and circles, wherein her buildings are literally intertwined with the curvatures of sculptured birds, off-ramps and free-way overpasses and the angular intersection of power lines. Most recently, Cui Jie has begun to challenge the handmade language of her own form of ‘Pittura Metafisica’, positing it against the digital world: time-saturated paintings are scanned and their 2D inventions interpolated into faux Euclidean digital space. 3D printed in photopolymer resin yet maintaining an auratic presence, the off-white, miniature megastructures are mounted aloft in skylines, on powder-coated steel bases, themselves line drawings of sculptural plinths, tradition hollowed-out. 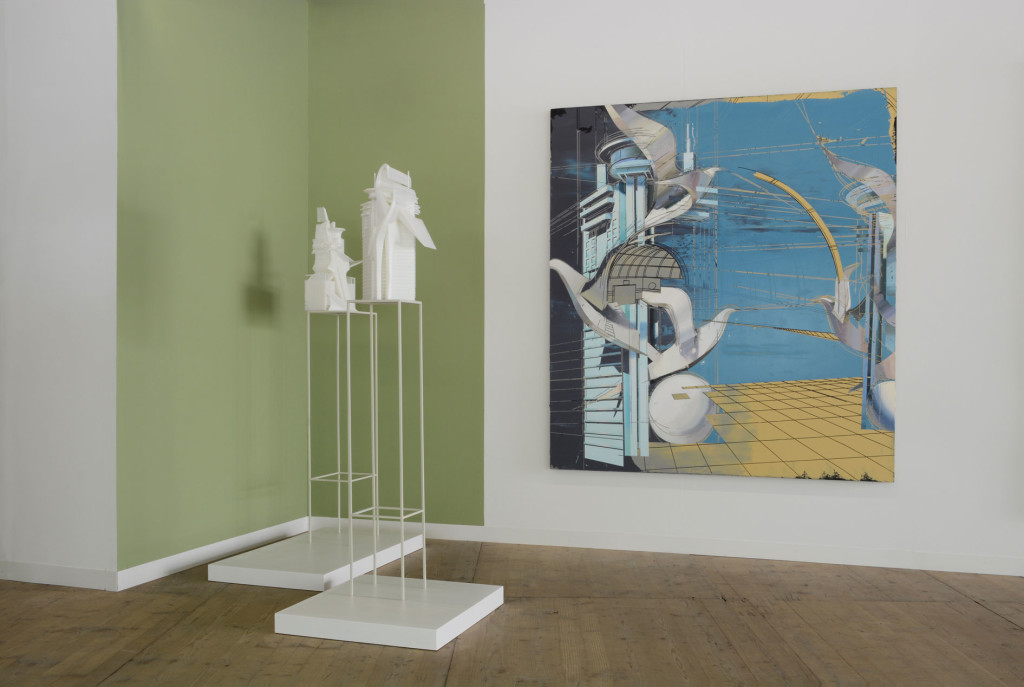 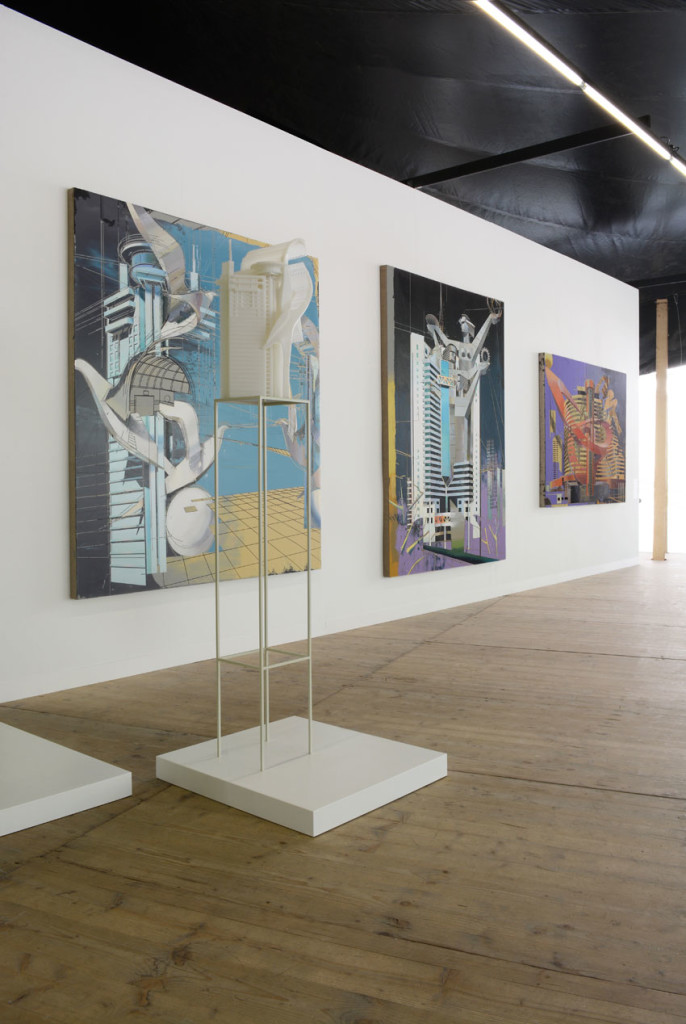 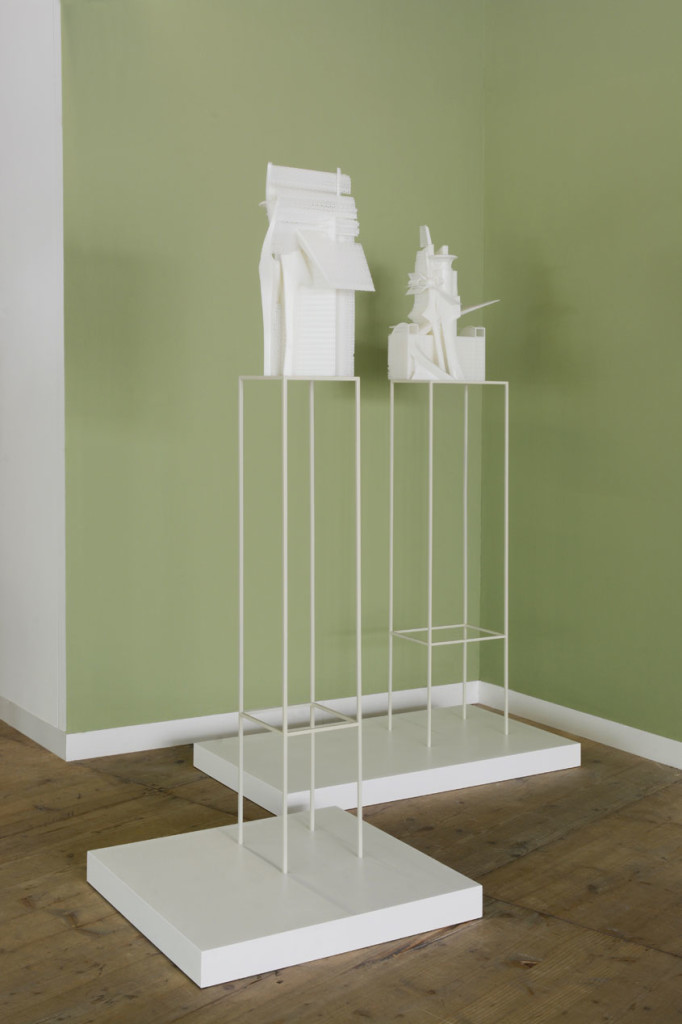 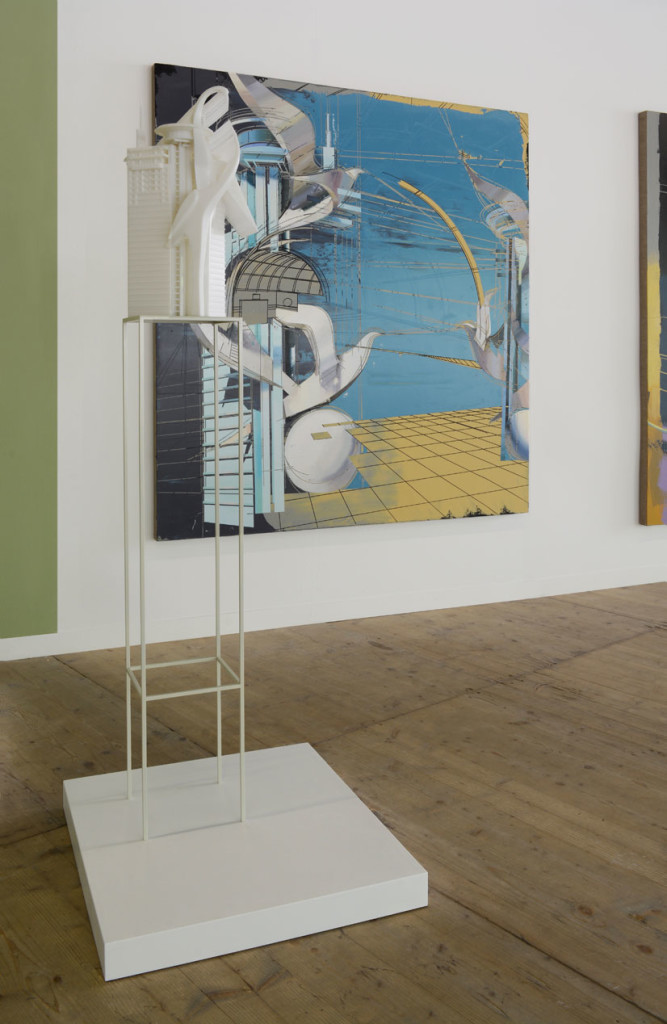 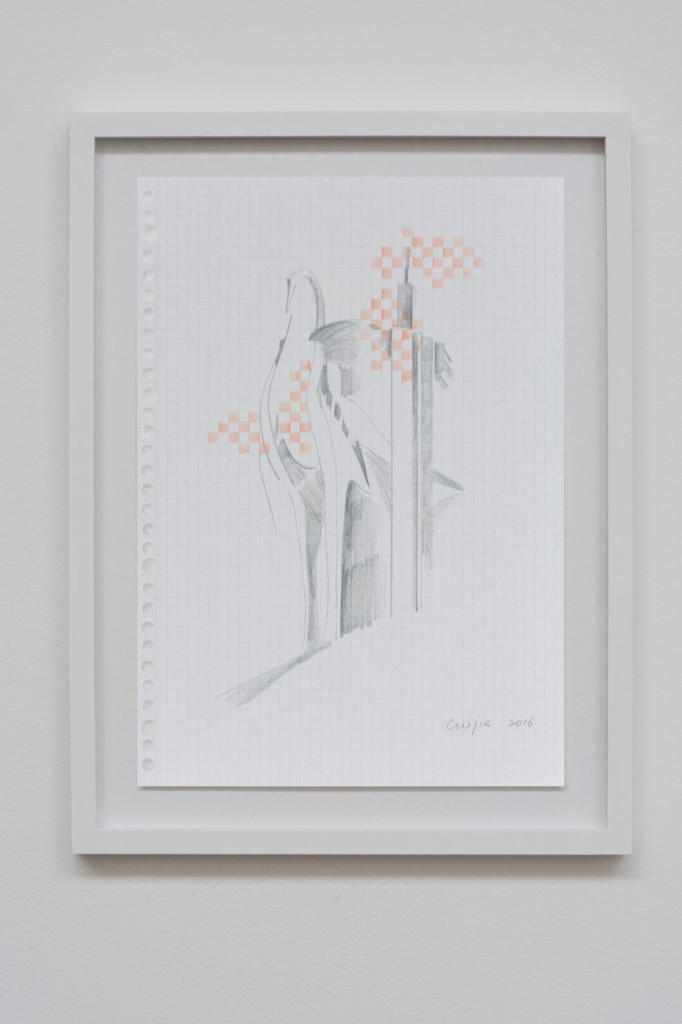 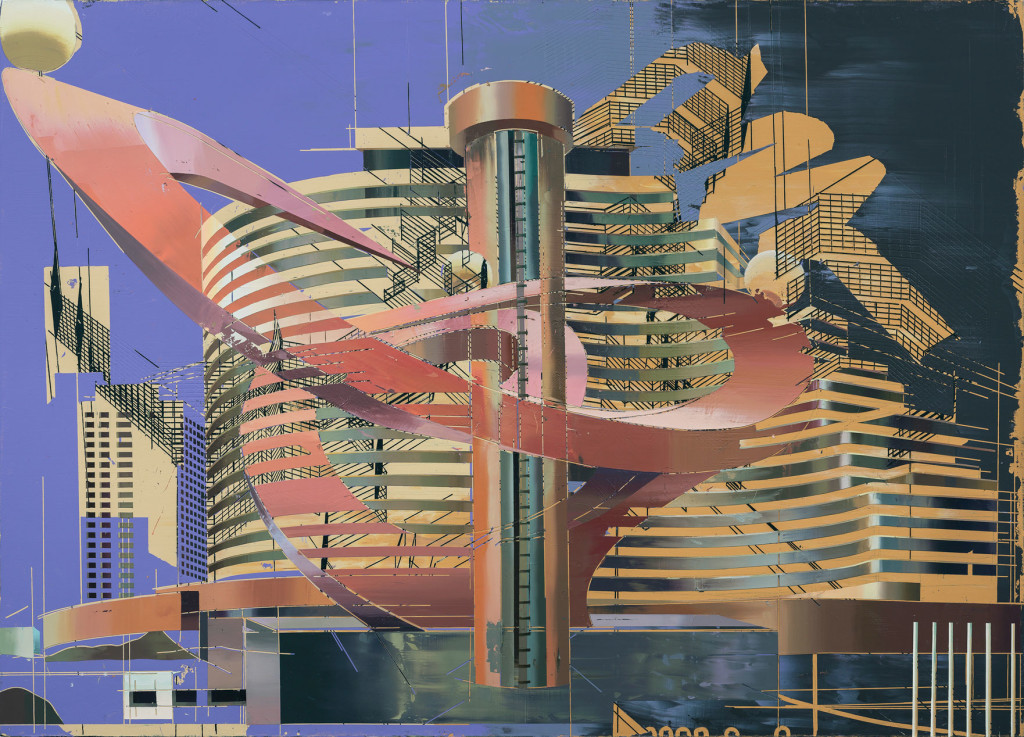 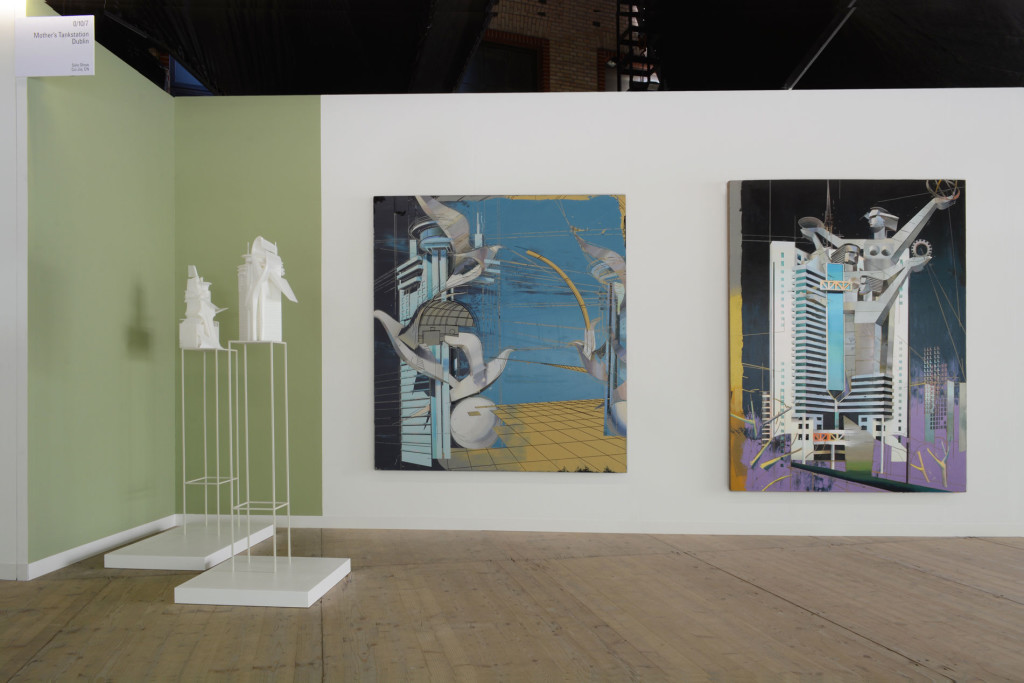 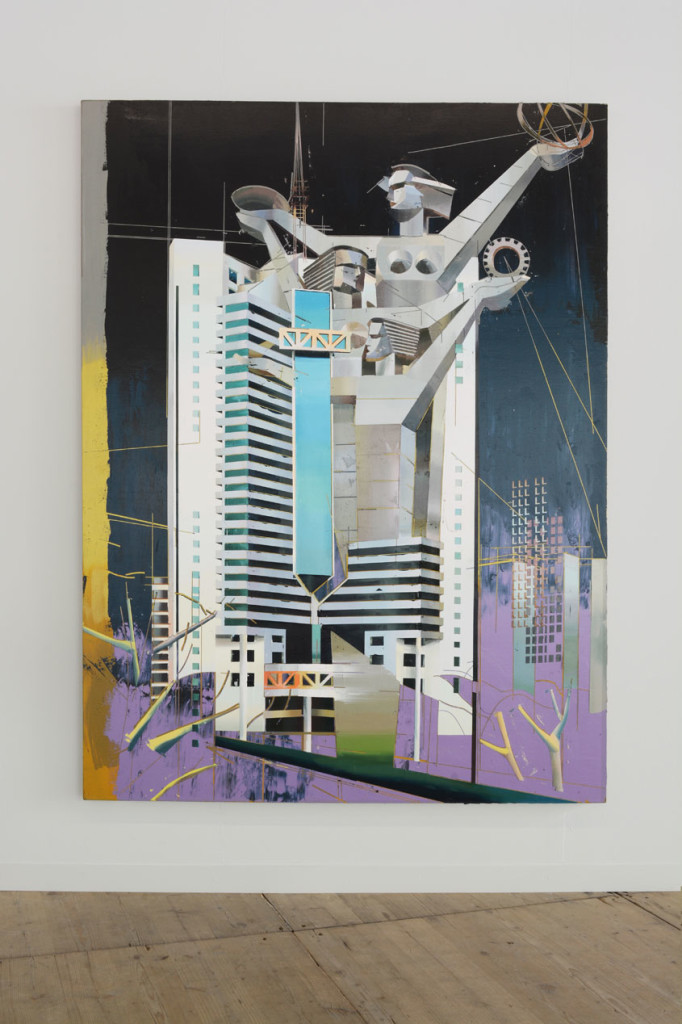 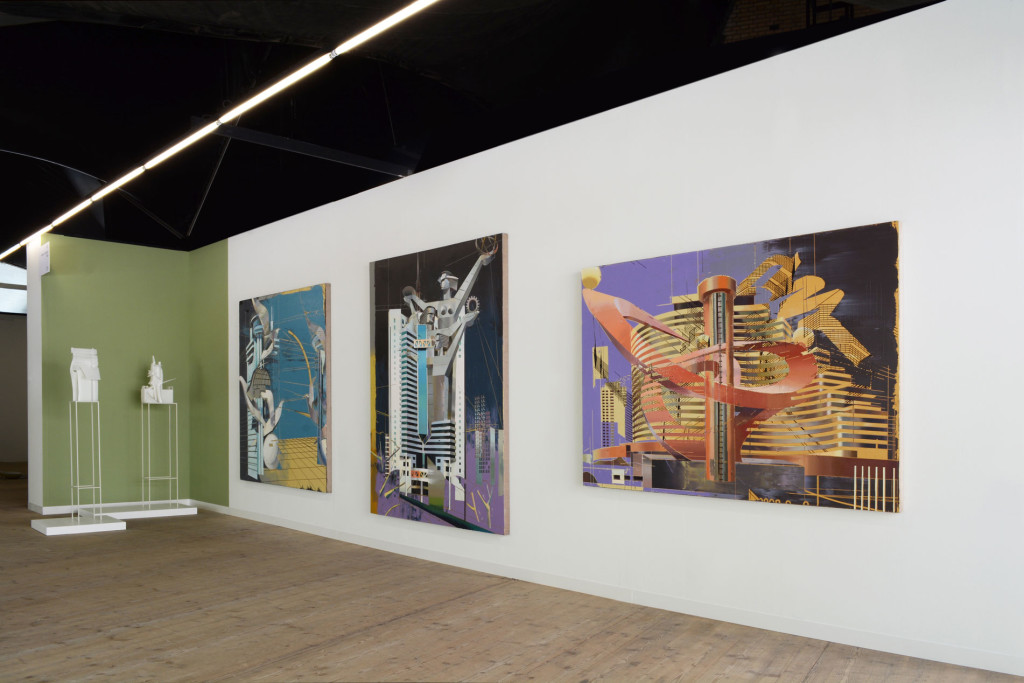 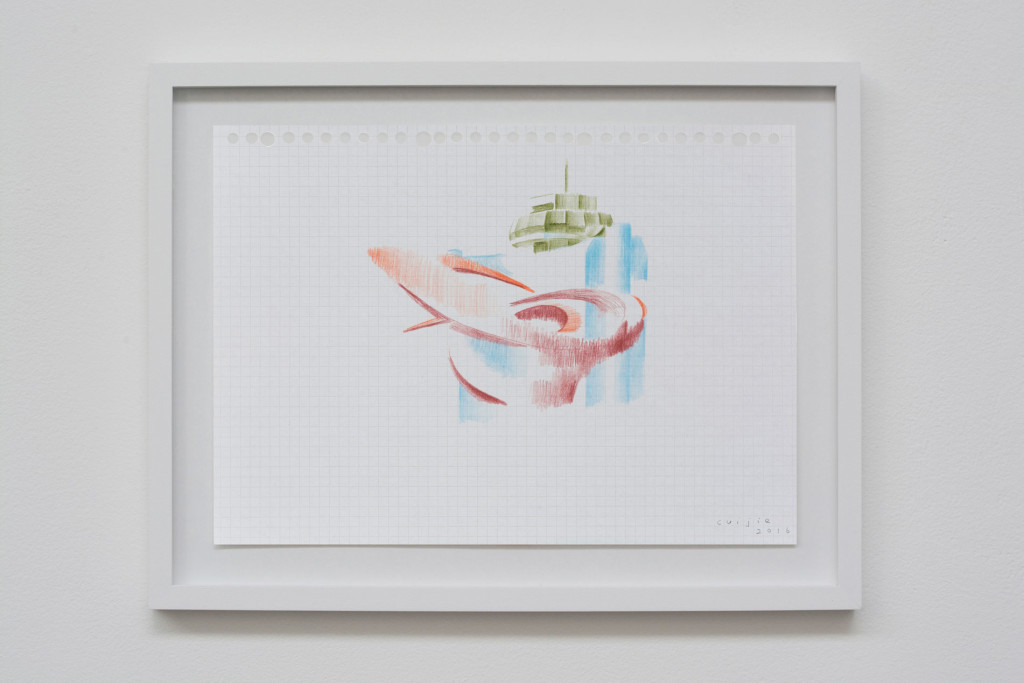 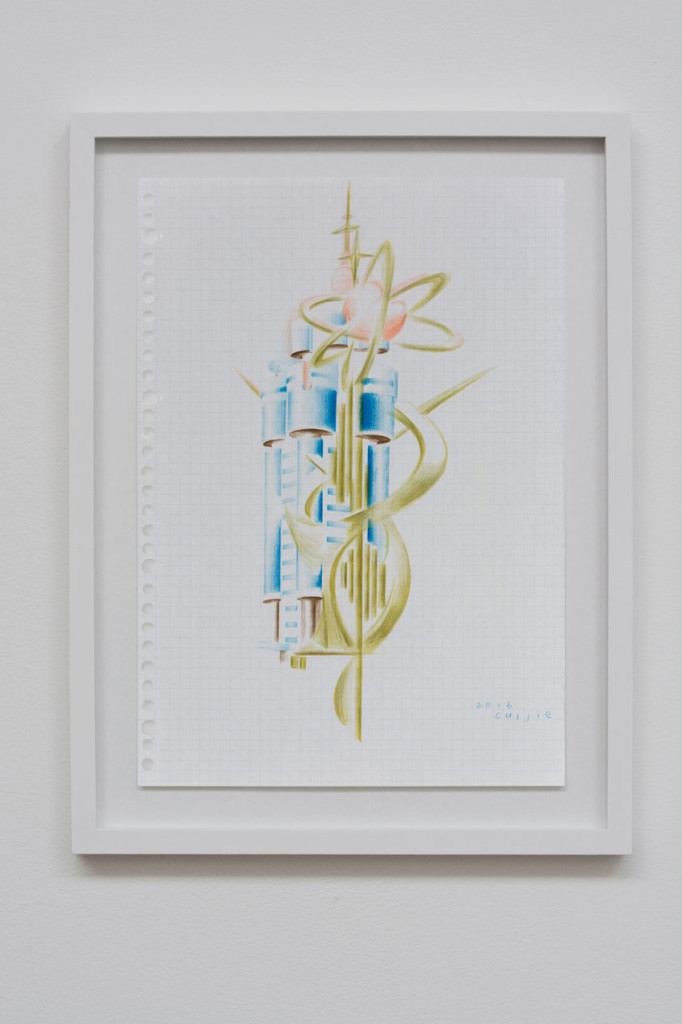 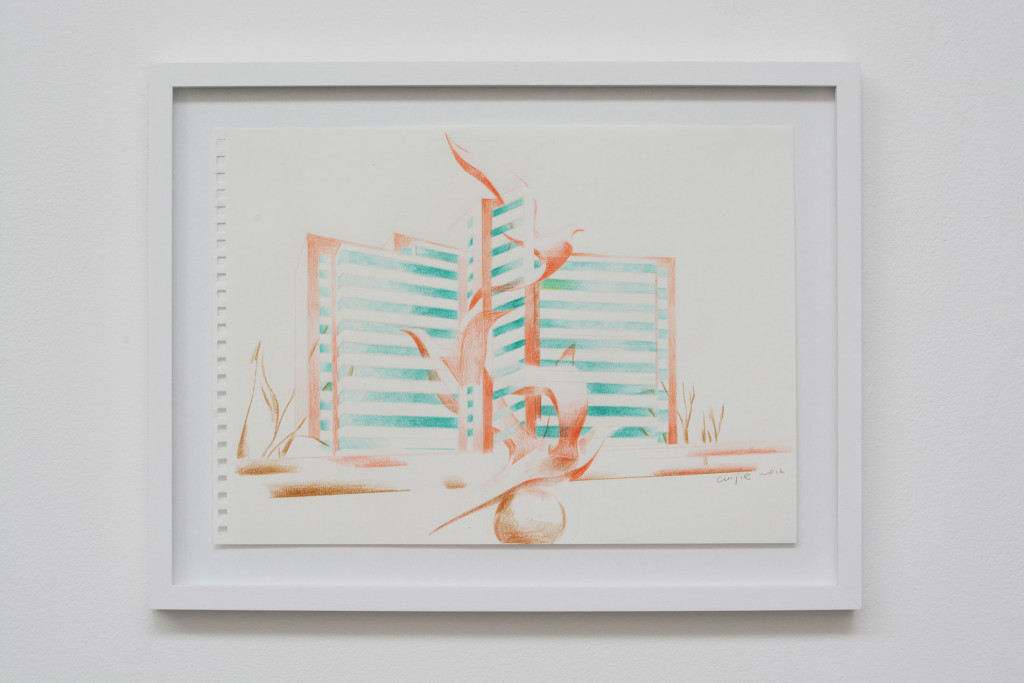 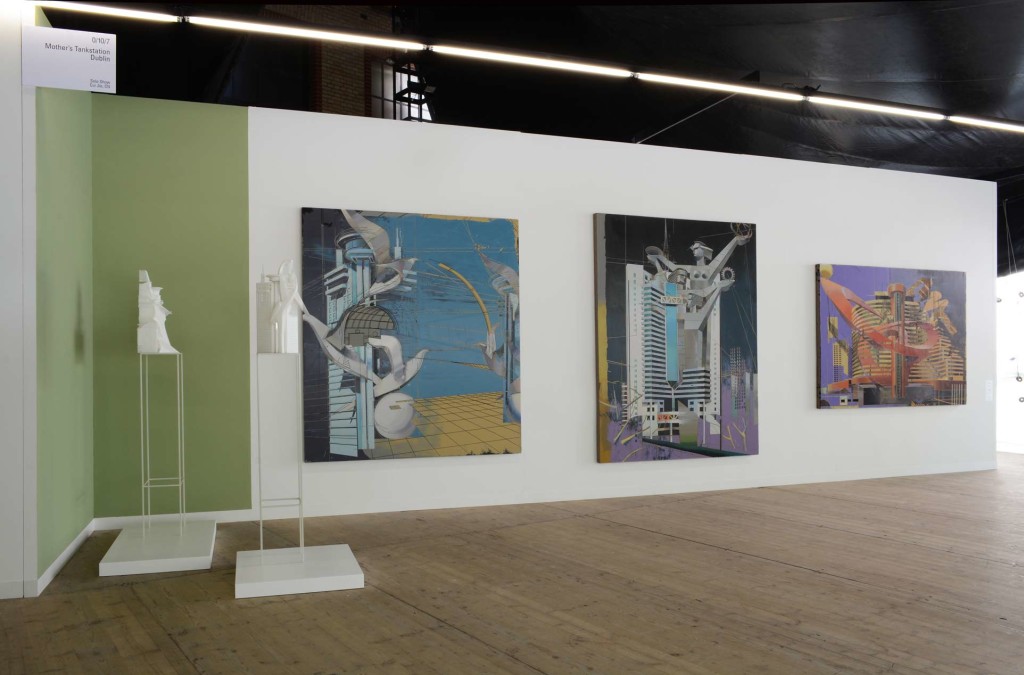 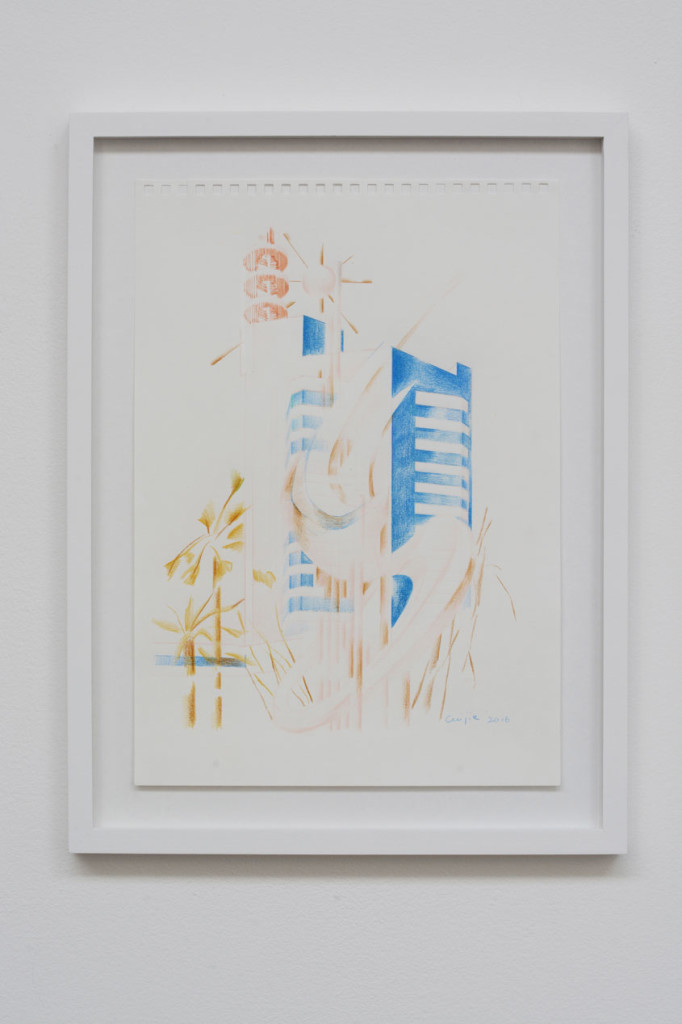 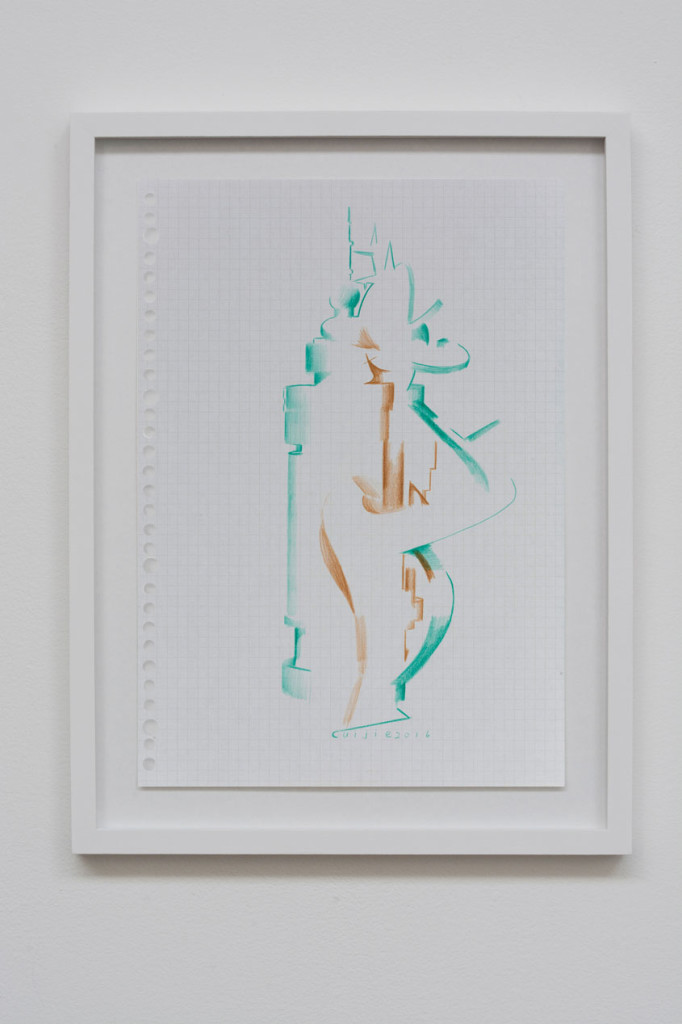 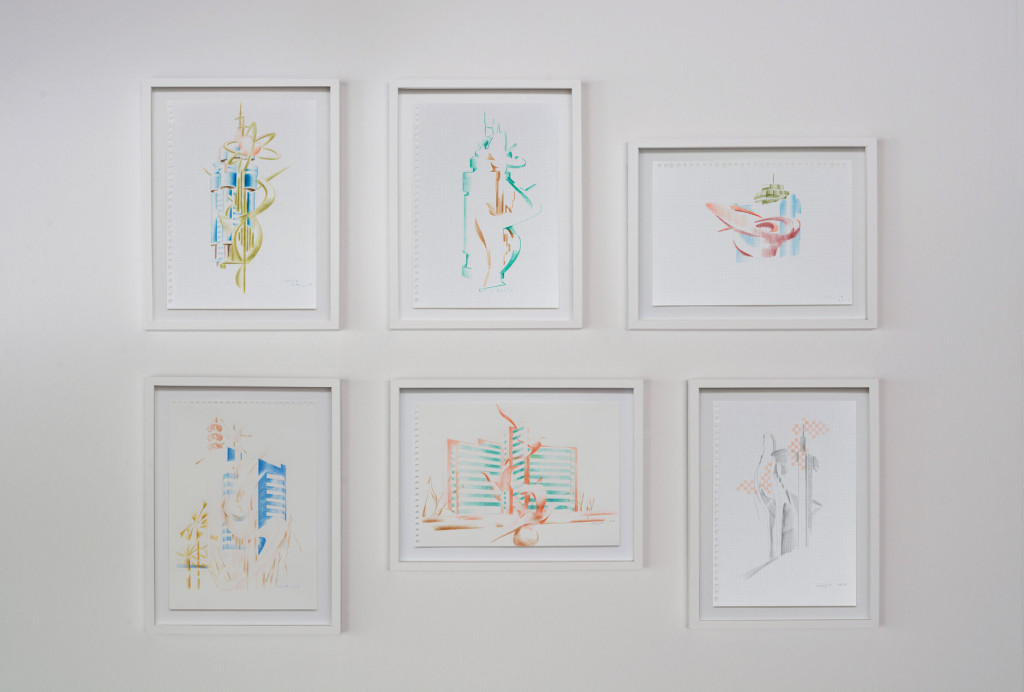