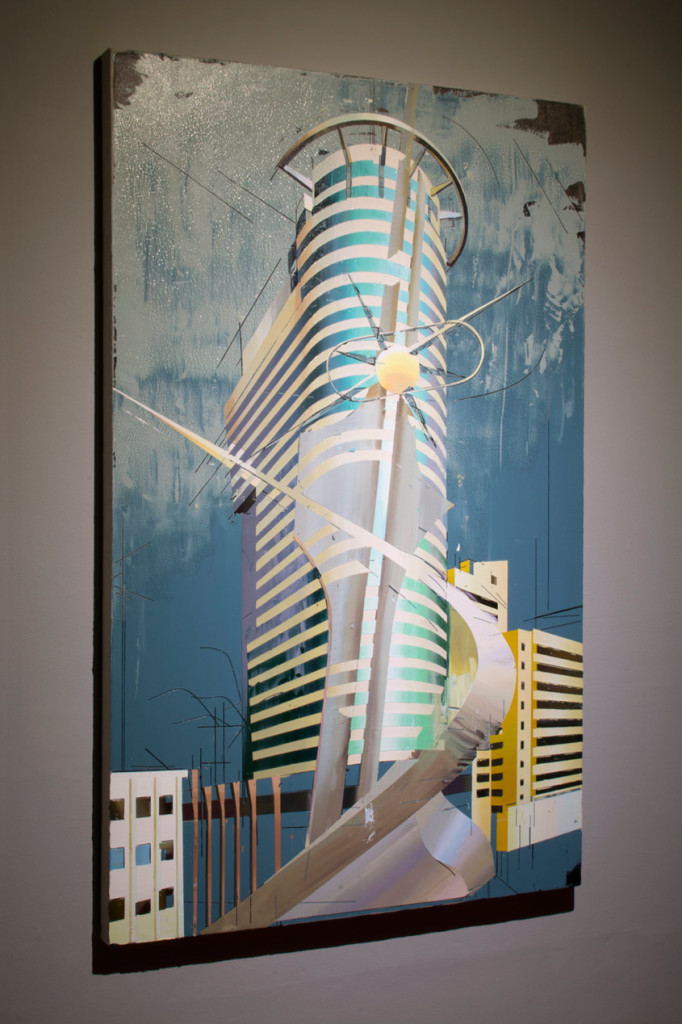 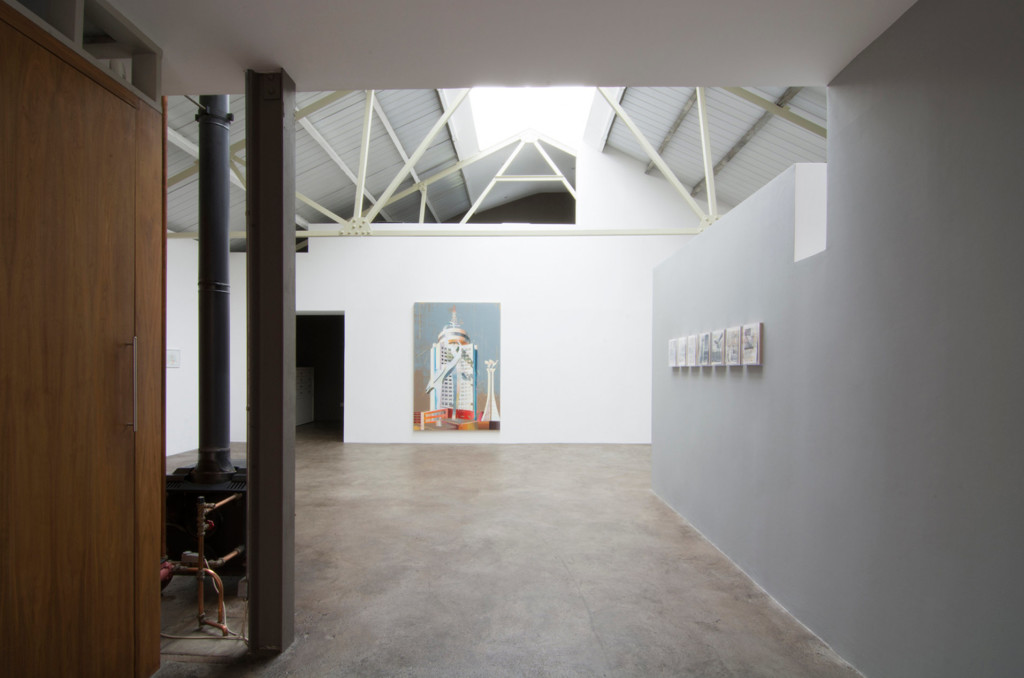 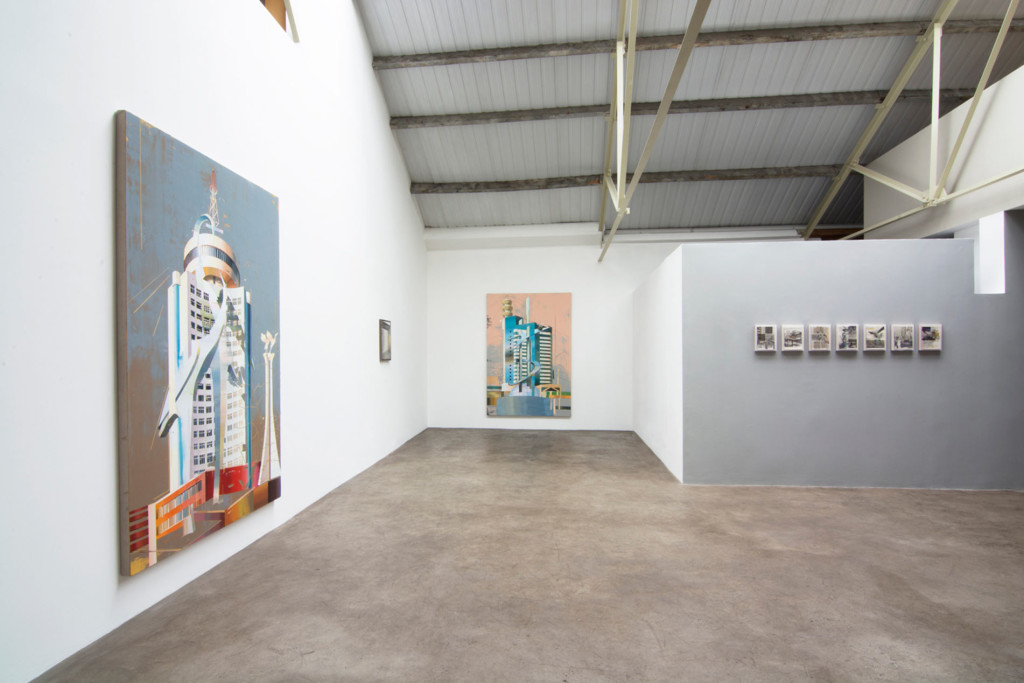 As a possible consequence of the common art world syndrome of overly-regular air travel, I find that I have become an un-anticipated fan of the twenty-something-word film synopsis, to be found either in the in-flight entertainment magazines or as teasers on the screen of your ‘personal console’. In the hope that such minimalistic discipline might sharpen written work, I have begun to research, as through the usual sources (on-line guides), into the razor-like world of such concise, evocative descriptors. Importantly, the first point seems to encourage objective distance: “One way to keep from writing a synopsis filled with unimportant details is to practice with a summary of a movie…” Okay. Secondly, there may be contradictory advise ahead… as to the purpose, intent and therefore, compositional style of tightly, outward-bound, nuggets. “One recommendation is to write in the style of the novel or screenplay, employing a synopsis that flows in the story style. Consider the synopsis as your bait: make it appealing, especially if you are pitching to unknown agents. Infuse your synopsis with life, create images to be seen and emotions to be felt”. Alternatively; “Simply convey, in the style of a police report, what actually happens.” Again, helpfully [?], the same guide proceeds with: “Write two synopses, one for each style and choose latter…”

What?…you may legitimately enquire, does super-synopsizing have to do with the super-important, first European showing of the very exceptional Beijing-based painter, Cui Jie, at mother’s tankstation limited? Answer: on the basis of concision, it is simply impossible to compete with a Hans-Ulrich Obrist instagram, on the occasion of his curated pop-up show, HACK SPACE, for K11 Foundation, Hong Kong1 (which included Cui Jie’s work). Obrist’s instagram consisted of a characteristic photograph of a Post-it note, evidencing the handwriting of the artist, with three overwritten words (layered one over the other); “architecture”, “sculpture”, “painting”, beside which sat the English form of her signature. Everything you need to know, personage, source and structures, laid bare. Form+language, purpose+process = constructed outcome. Simultaneously, one builds upon the other, whilst knocking the whole lot down. The rubble of constituent parts… Writers of the synopsis form; place your heads in your hands and weep hot tears (fifteen words). I too accept defeat and head off towards the longer version of possible, actual, events (just the facts).

The building (body of work) of Cui Jie’s Latter, Former, is molded from four iconographic, vertical oil on linen paintings of buildings, in their architectonic magnificence, hosting nostalgically futuristic lone towers dissolving into the painterly representations/deconstructions (building while knocking down) of municipal spaces; sculptures, overpasses and the bare, spiky skeletons of the oh-so-distinctive Shanghai trees2. Further; five impossible drawings in coloured pencil, a suite of seven digital prints and masking tape collages, set onto stripped-out book pages of Rem Koolhaas and Hans-Ulrich Obrist’s Project Japan. Metabolism Talk3…. , , . The body of work completes, with a small, spare, rare and precious 2010 painting of the artist’s (former) Beijing studio interior (lovingly hand carried on one of the above-referred long-haul flights). Form rendered in three substantial planes of directional light; wall, door, floor, ‘nothingness’ behind. A synopsis that flows in story style; the complexities of three-dimensional atmosphere emotively collapsed into the simplicity of 2-D rendering. The space behind the wall, houses a lurking mystery of darkness (eleven words).

Considered one of the most promising painters of the Chinese “post-80s generation”,4 Cui Jie’s extraordinary paintings source combinations of idealized urban architecture, finding commonalities that merge contemporary Beijing and post-war, Communist DDR. Consequently the colours and forms seem, simultaneously, strange and familiar, equally to eastern and western eyes. Beijing and Berlin, seen through a vision of Pittura metafisica? City plans and multiple exposures are captured in deposits of ‘sculptural impasto’, slowly piled, masked and contained to embody the transformations of China’s urbanscape, through human mountains of time and politics, history and reason. The skies into which high-rise blocks sink, dissolve, fuse the romantic sublime of a Turner sunset (against the steam and smoke of industrial revolution) with the contemporary urban realities of hyper-industrial, super-pollution. Former, latter.

The architectural vernacularisms, clearly distinctive to Chinese megalopolises, share municipal space with modernist sculptures that bespeak the new found freedoms of the Chinese reformist, capitalist era and the embraced adoption of western forms, that dream in utopian vision space. However, architectures, sculptures, their embedded metaphors, are visually and symbolically distinct from their western counterparts – in purpose, intent and compositional style. The western devotion to the hegemony of the rectangle, form and function – horizontal and vertical intersections – is built upon and simultaneously knocked down by the joy of curves, loops, circles, metaphors of animals (building of Cranes, building of Eagles). East re-imagines West, West re-imagines it right back. Michel de Certeau, pre-empts this in looking at a distinction between usage and consumption: “To a rationalized, expansionist, and at the same time centralized, clamorous, and spectacular production corresponds another production called ‘consumption’. The latter is devious, it is dispersed, but insinuates itself everywhere, silently and almost invisibly, because it does not manifest itself through its own products, but rather through its ways of using the products imposed by a dominant economic order.”5 Latter, former.

2 Shanghai is Cui Jie’s native city. The tree form, most common to Cui Jie’s imagery almost reads like a subverted Chinese, art historical ink drawing, a naked pine; in Chinese art history the Pine is an evergreen, and considered to be a symbol of longevity. Together with plum blossom and bamboo, pine is commonly included in paintings honoring the New Year and the three are called Friends of the New Year.  It is often depicted with crane, symbols of love, loyalty and good fortune.
3 Between 2005 and 2011, architect Rem Koolhaas and curator Hans Ulrich Obrist interviewed the surviving members of Metabolism—the first non-western avant-garde, launched in Tokyo in 1960, in the midst of Japan’s postwar miracle. Taschen, 2011.
The publisher’s synopsis reads: “Project Japan features hundreds of never-before-seen images—master plans from Manchuria to Tokyo, intimate snapshots of the Metabolists at work and play, architectural models, magazine excerpts, and astonishing sci-fi urban visions—telling the 20th century history of Japan through its architecture, from the tabula rasa of a colonized Manchuria in the 1930s to a devastated Japan after the war, the establishment of Metabolism at the 1960 World Design Conference in Tokyo, to the rise of Kisho Kurokawa as the first celebrity architect, to the apotheosis of Metabolism at Expo ’70 in Osaka and its expansion into the Middle East and Africa in the 1970s. The result is a vivid documentary of the last moment when architecture was a public rather than a private affair”.
4 Post-80s: is a colloquial term, which refers to the generation, especially in urban cities, whose members were born between 1980 to 1989 in China after the introduction of the One-child policy. This generation, the first to grow up entirely within the reformist era, currently ranges in age from 26 to 36, making up a major portion of China’s young adult demographic.
5 Michel de Certeau, ‘The Practice of Everyday Life’, University of California Press, 1984, Pg. xii-xiii 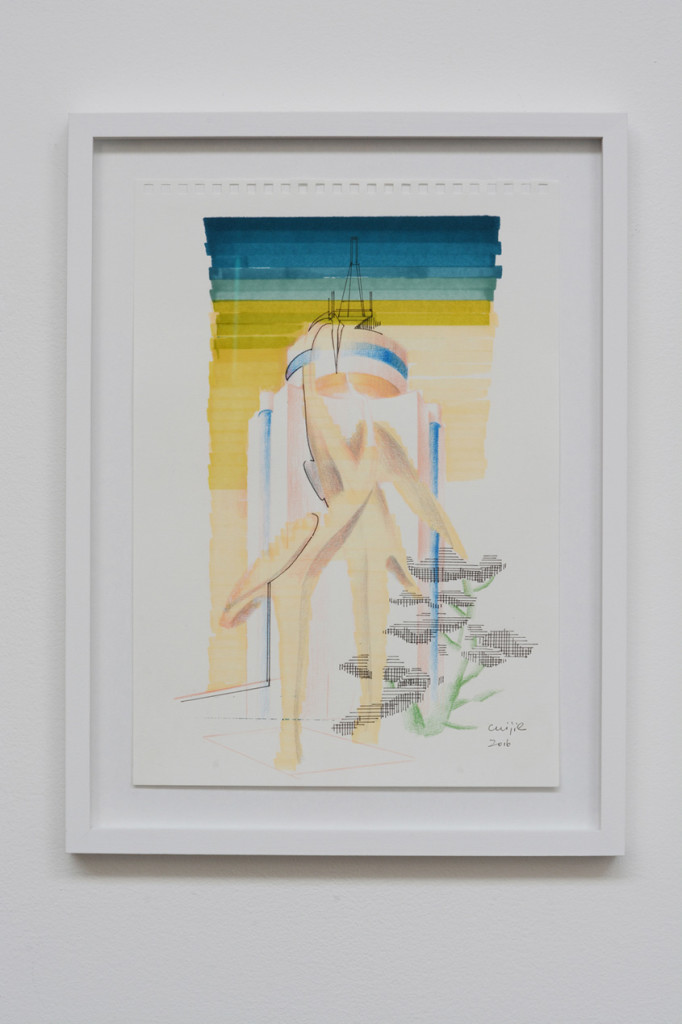 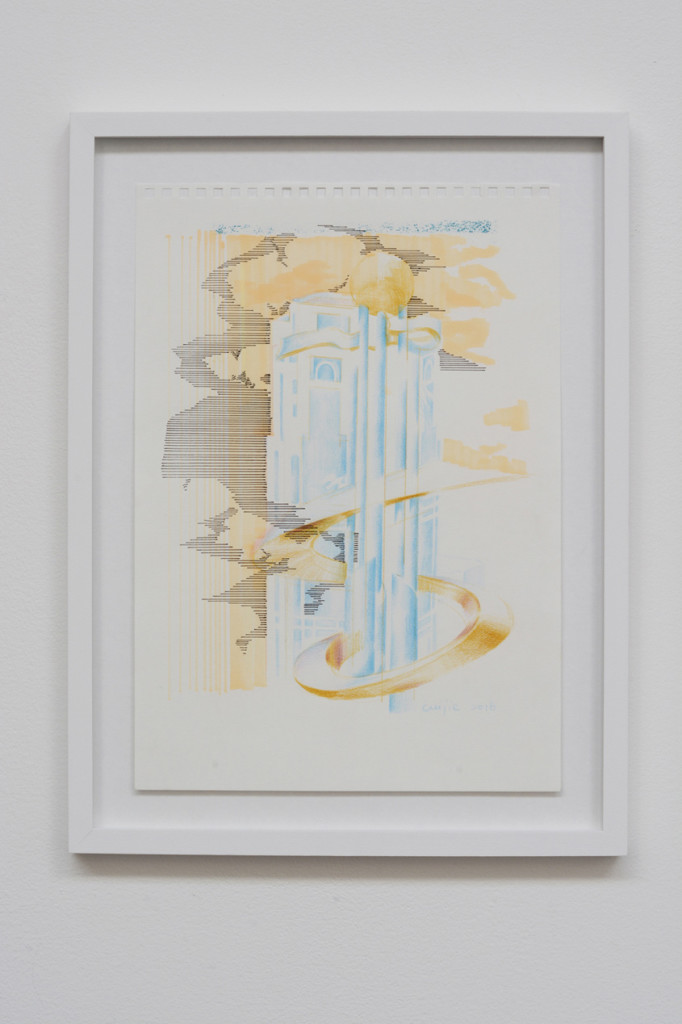 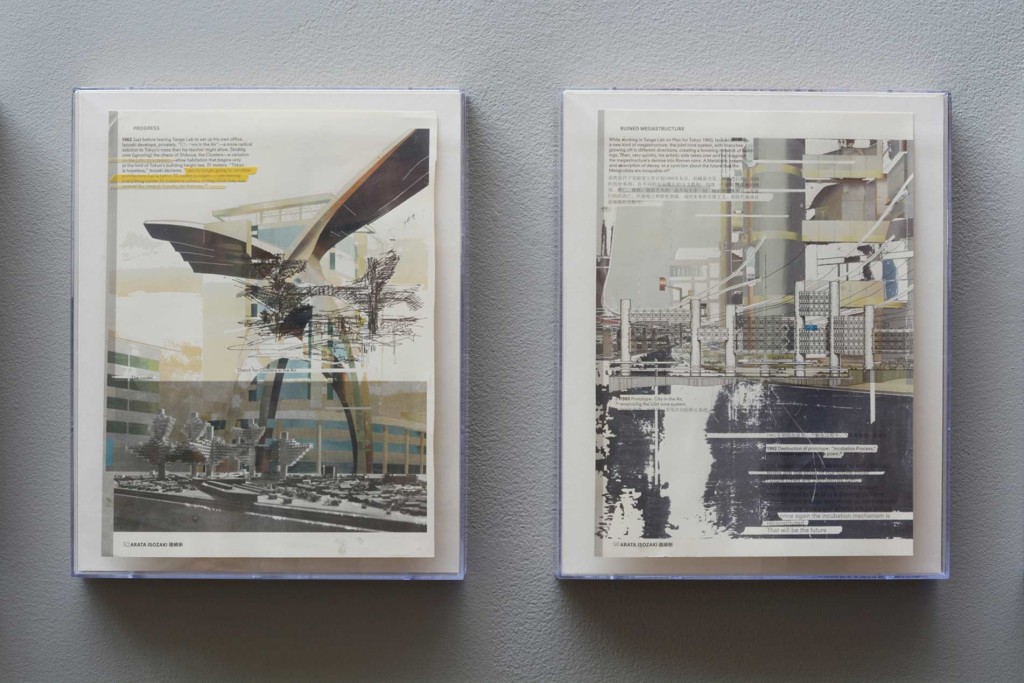 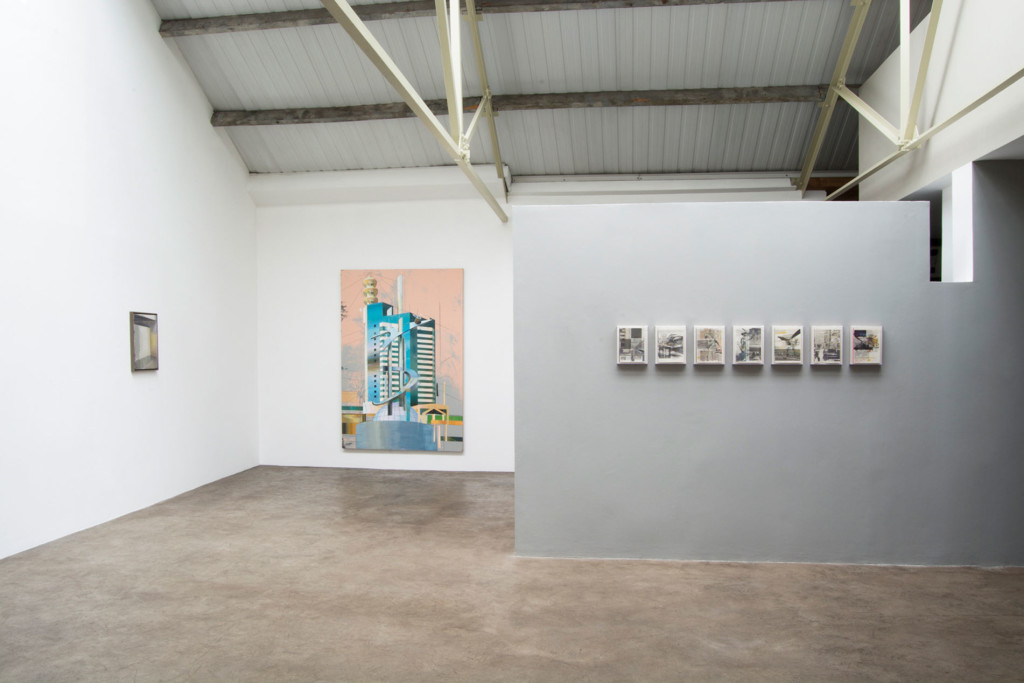 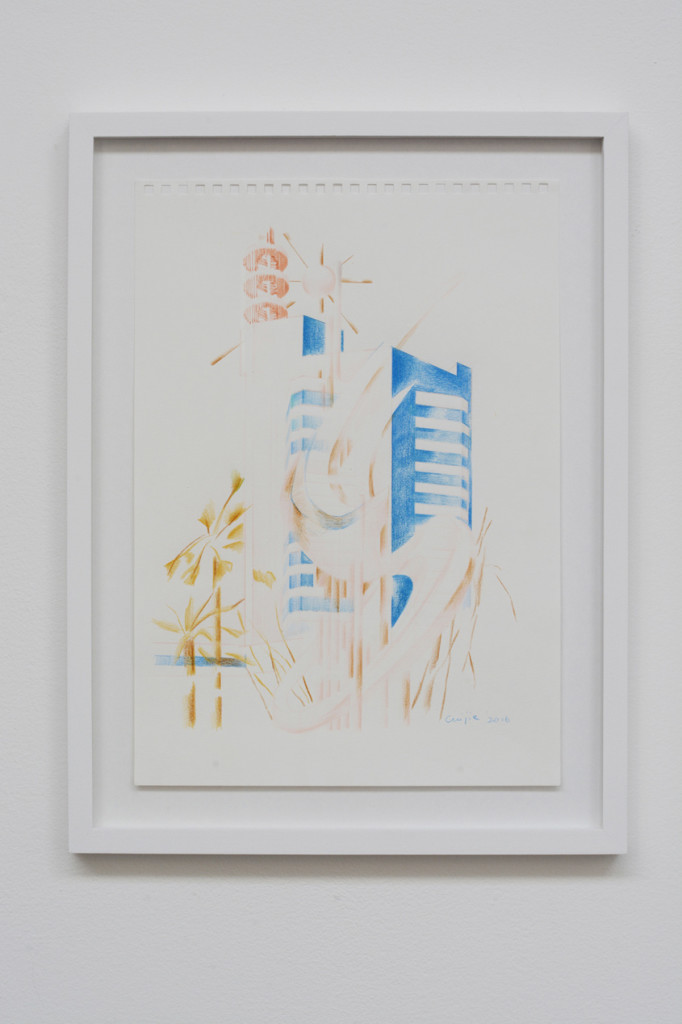 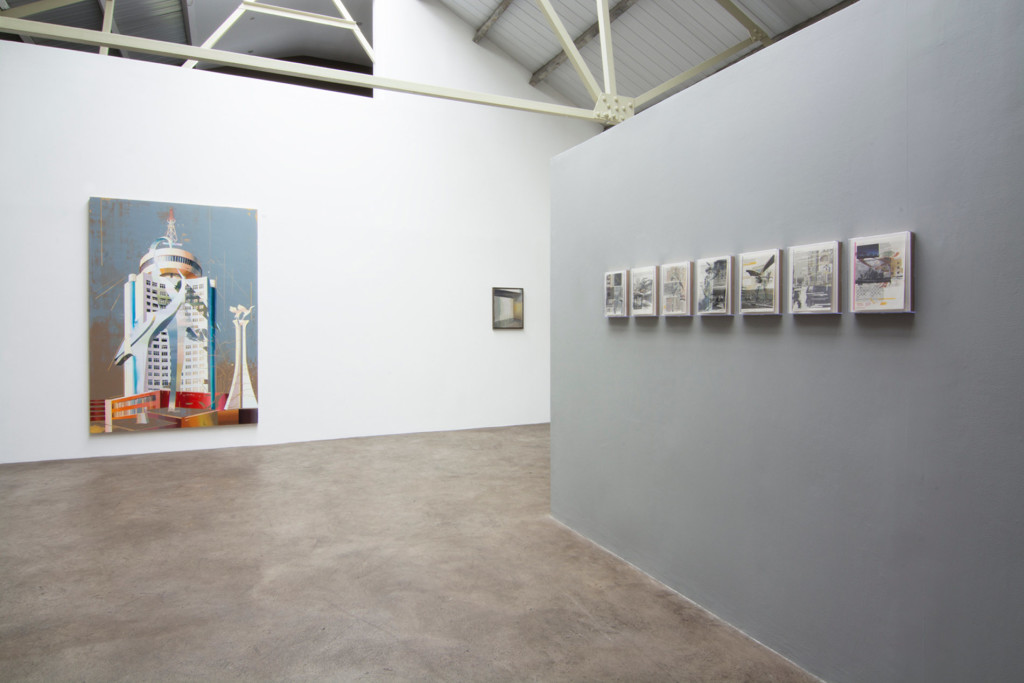 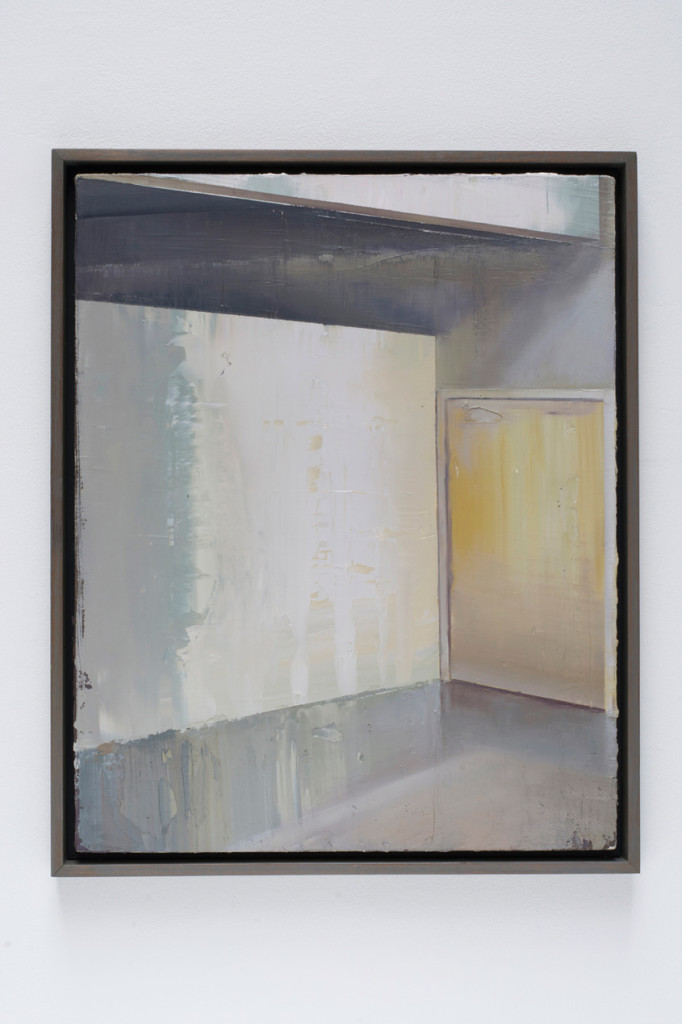 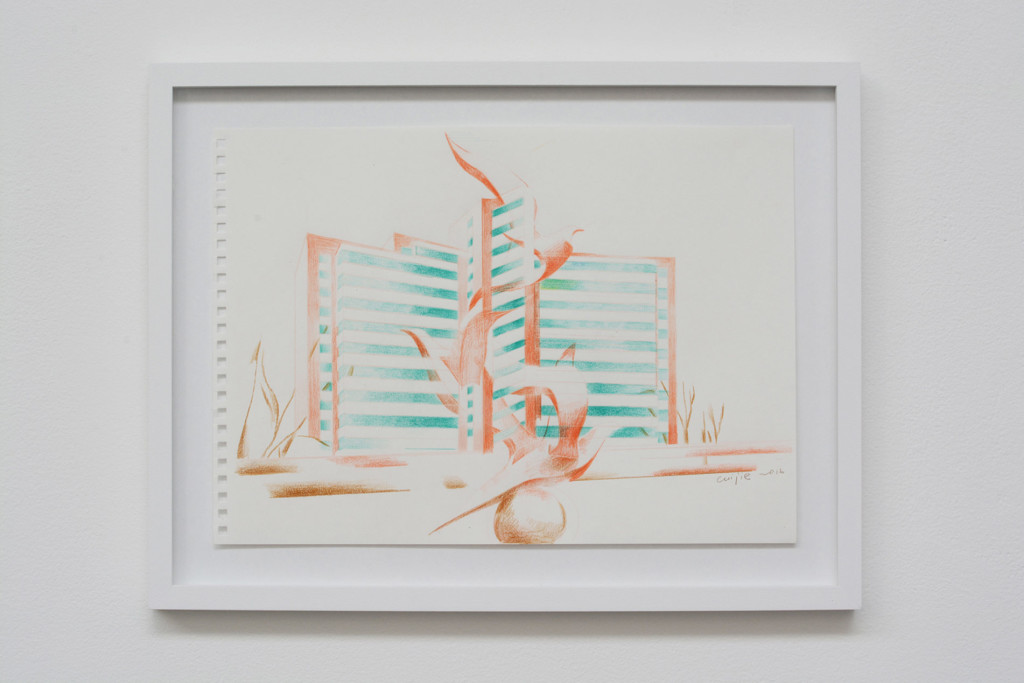 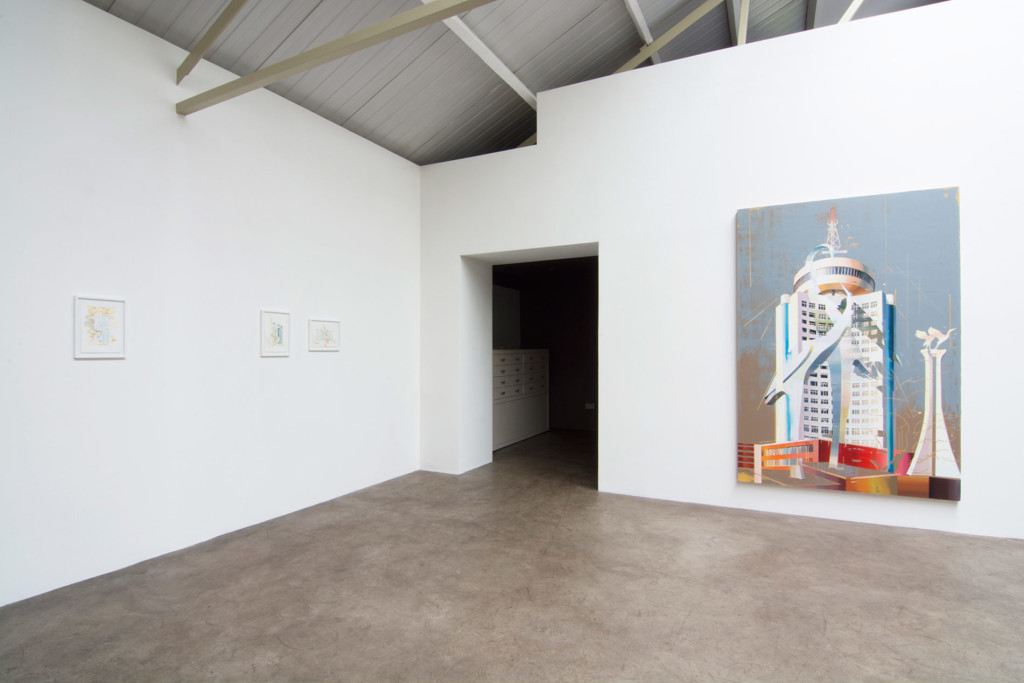 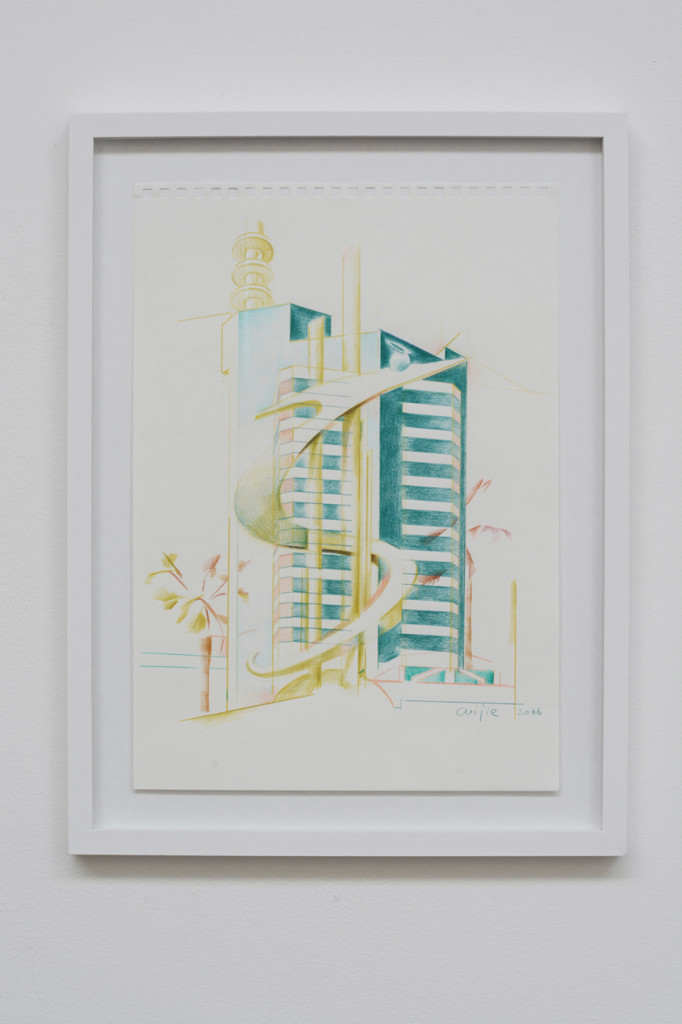 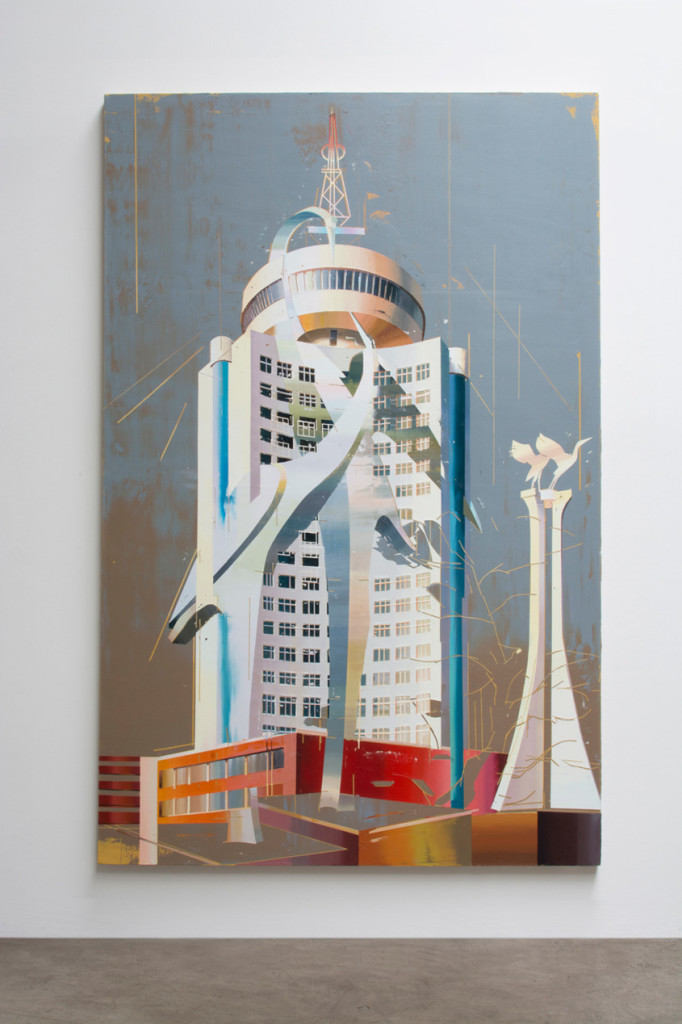 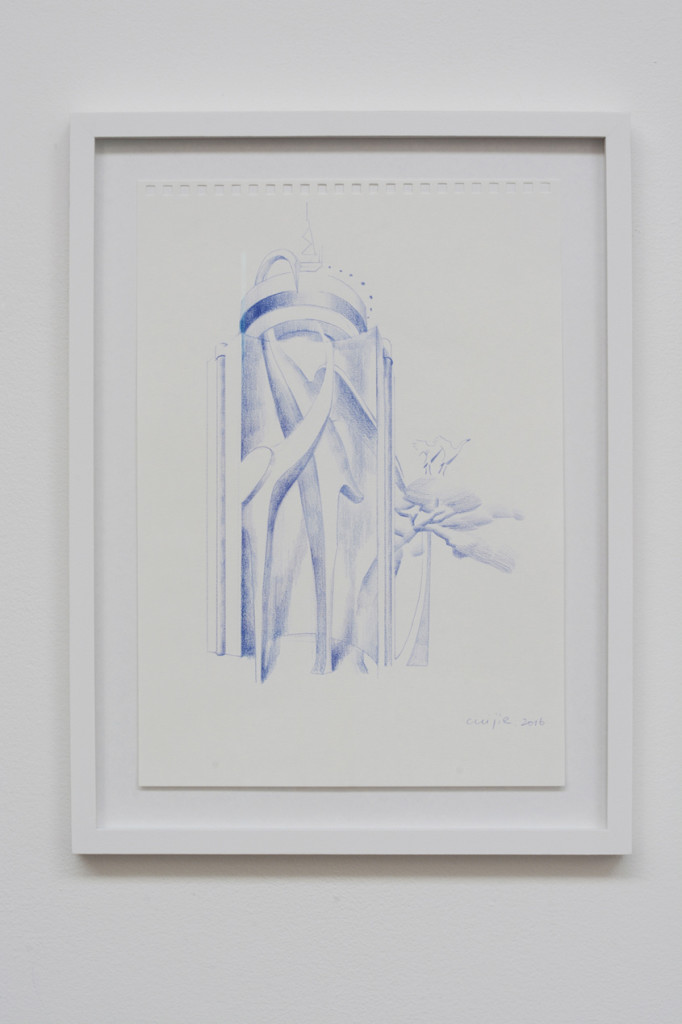 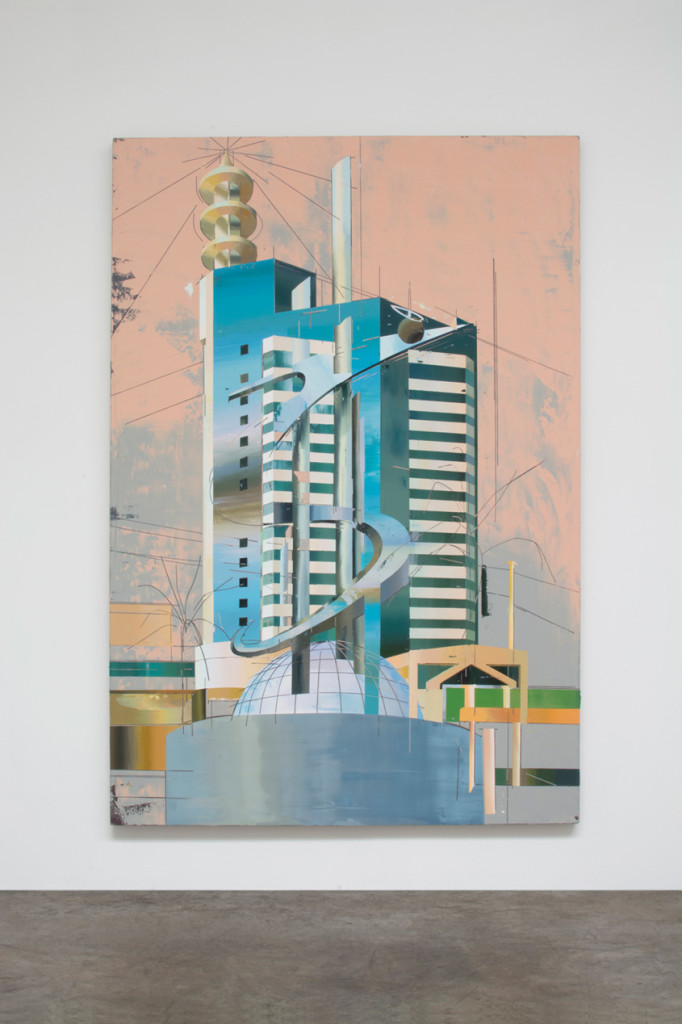 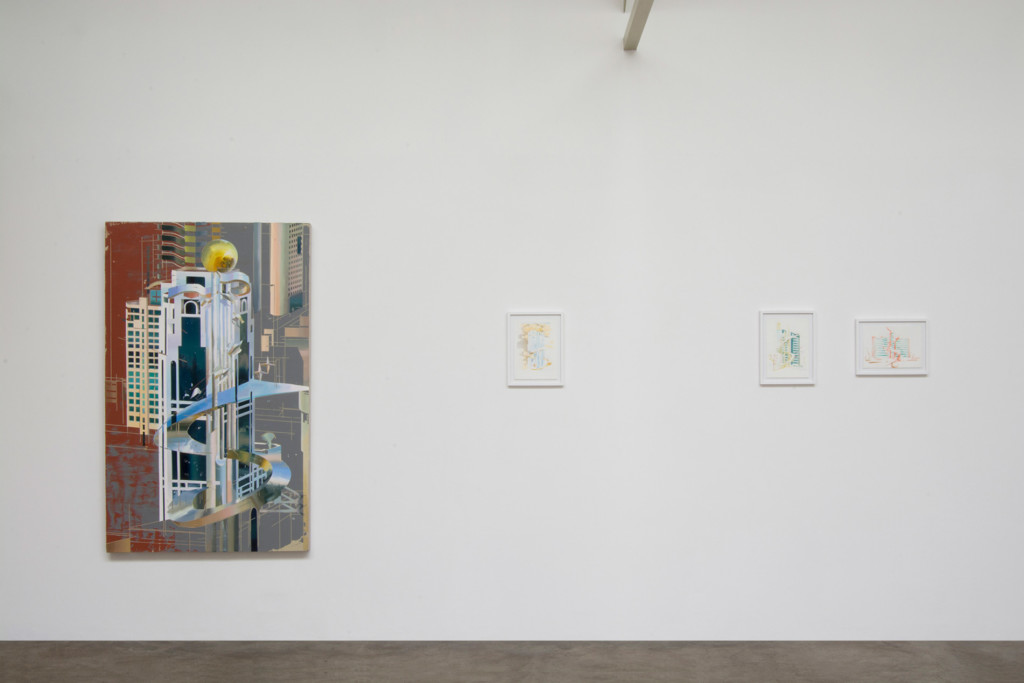 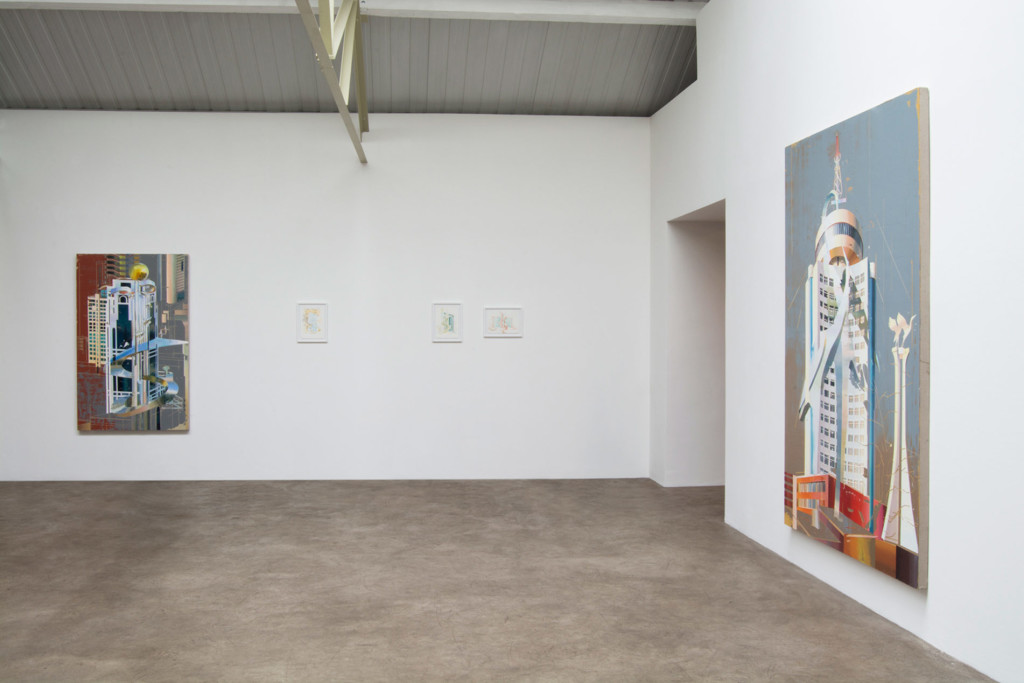 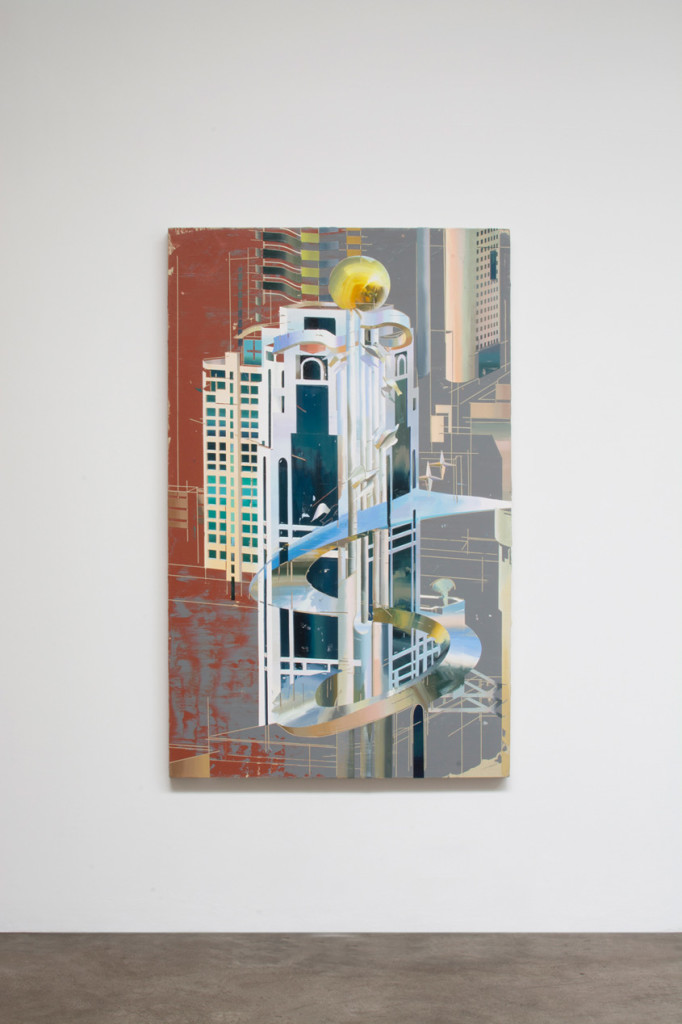 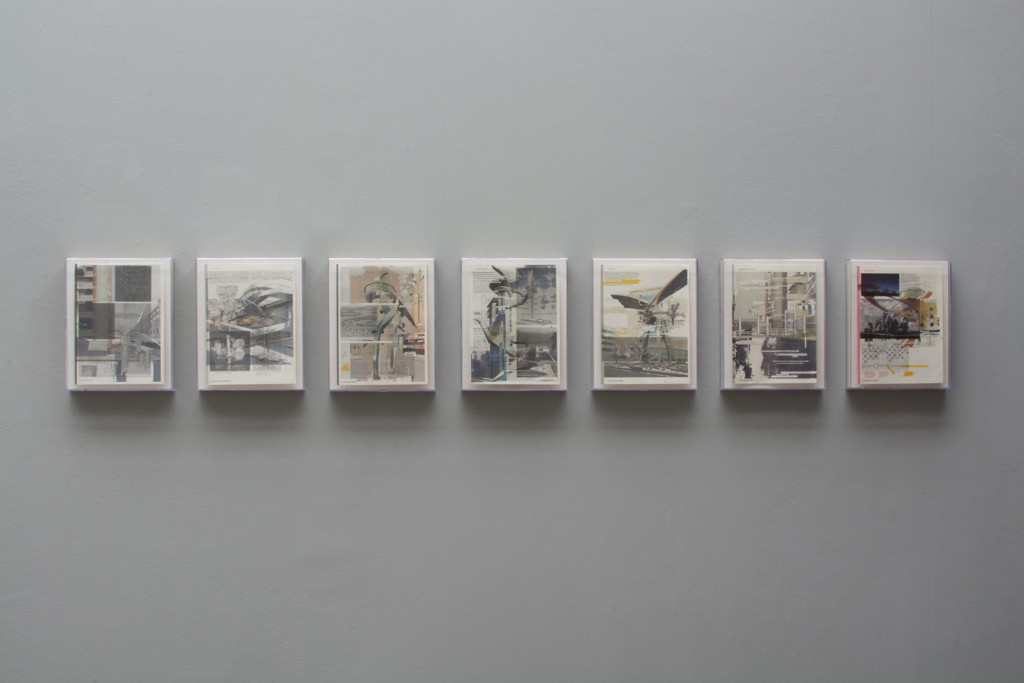