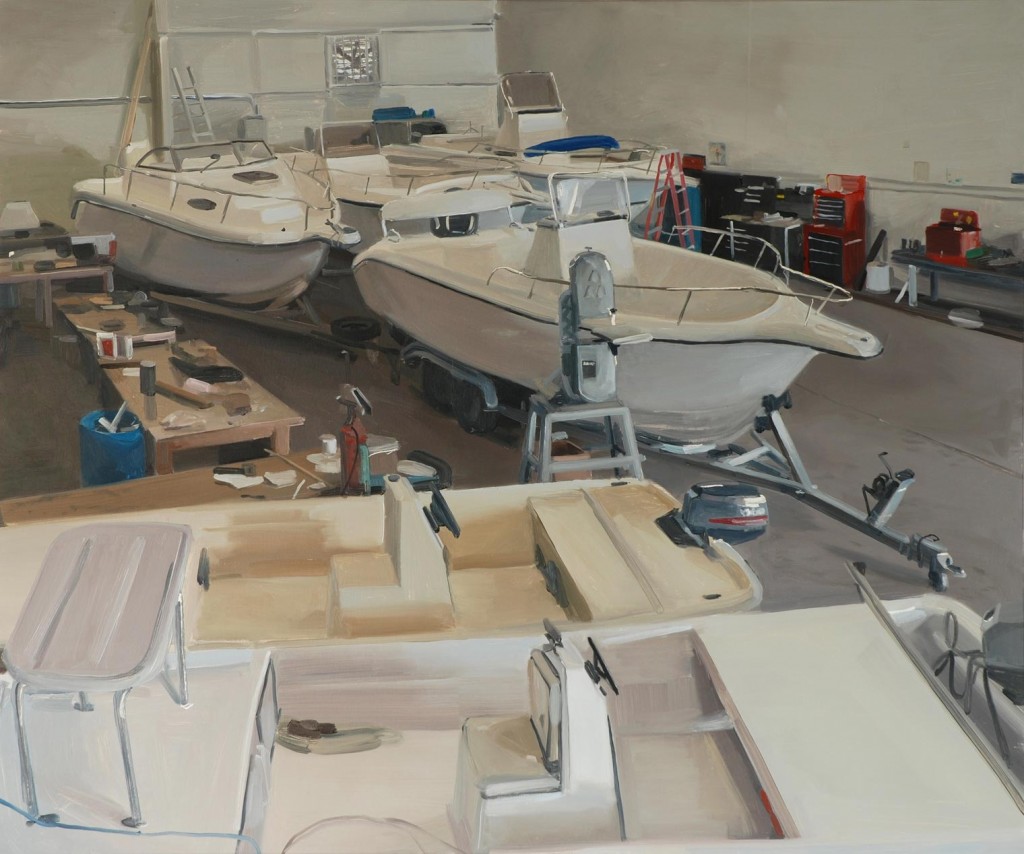 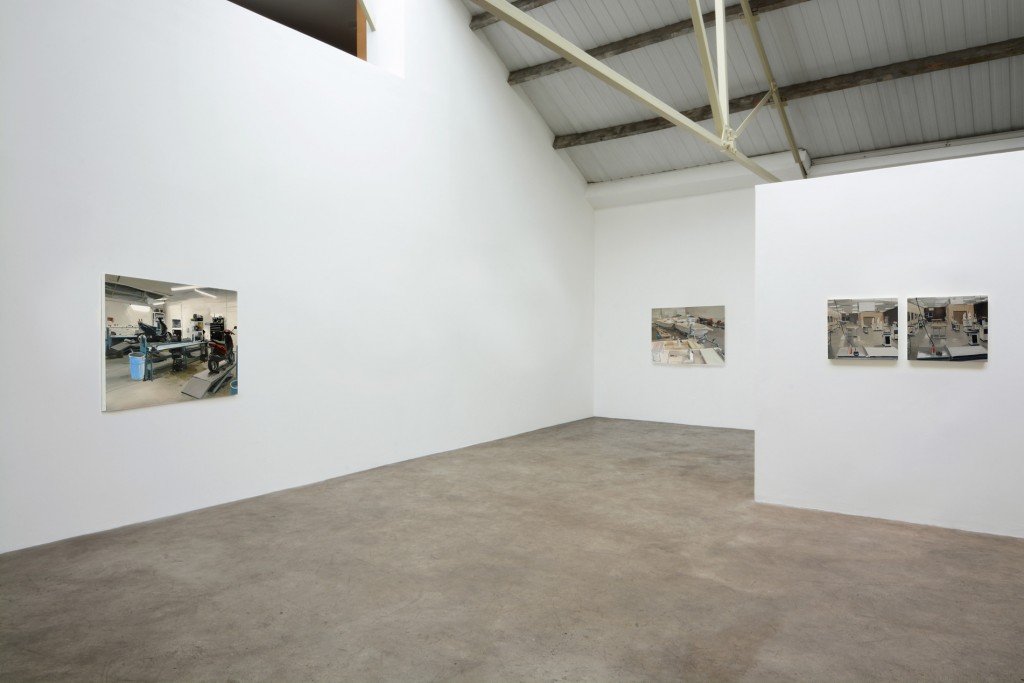 It is almost odd that Wikipedia carries an entry for something as abstract and self-reflexive as ‘untitled’, however the oracle of all contemporary knowledge determines that, “…the word untitled* refers to something that has no title. Default-titled computer documents, works of art, musical works and other works can be untitled [the permissive tense?]. Generally, an untitled work is the result of a conscious choice by the artist or creator not to apply a title [a-hah!]”. The entry continues with a table of contents listing “works with the title ‘Untitled’, and offering the following choices: “Music, Albums [BINGO!], Songs, Television, Film or Art”. The true complexity of ‘untitled’ lies in untitled being loaded-up with parentheses, particularly inverted commas, or not, indicating employment of the word as an adjective or noun, also seemingly denoting intentionality, casuality or, more specifically, an intentionally affected casuality.  The most profound example of this appears to be a band called “Untitled” who released their first untitled album in 2000.  Of the fifteen tracks on their first untitled album, the first thirteen were untitled, leaving tracks fourteen and fifteen bearing the titles of “Untitled track 14 and 15”.  Intentionality, in this case, is of course the embodiment of willing perversity, the choice of no names as names, nothing as things.

This is effectively the strategy Kevin Cosgrove has adopted for his first untitled [?] solo exhibition of paintings at mother’s tankstation. His particular solution of the dilemma of over-arching or thematic titling is pitched right in between the states of information and no-information – perhaps disinformation.  The untitled first album simultaneously reveals as much as it occludes, holding its guard whilst providing just enough coded information to tease the potential viewer with a clear mental picture of absolutely nothing at all. One thing is clear, the exhibition is of course not an album, however, what Cosgrove economically gives us to know is that this is the first of a number of somethings, that there is a clear intention of many more and that although it comprises a number of discrete units, it also functions as a collection, collective or hive.

Cosgrove’s carefully understated paintings are also compelling individually, but together they make up an ingenuously coherent body of work. His relatively traditional upbringing in a mining community in the central heartlands of Ireland has instilled a strong sense of survival, craft and industry into his skilfully austere and muted canvases of under-populated workplaces: factories, workshops, industrial yards and offices.  The notions of (perhaps out-moded) ‘proper’ work and the oral communication of skills, from generation to generation, are fundamental to his paintings, which can be art-historically contexualised by an extensive framework of artists who have explored the social structures and the nobility – or otherwise – of labour, linking Corot, Courbet and Manet to the Euston Road School and extending even as far as the anonymous artists of Soviet and Chinese social realism. Similarly, Cosgrove sees himself as craftsman, or artisan, and accordingly his art is superbly constructed and carefully articulated.  Crudely speaking, Cosgrove’s practice falls into the categories of realism or representational painting, however these are difficult terms, as they are by definition relative and constantly re-defined.  Ironically, realism – although often treated by Cosgrove in the abstract – cannot be referred to as such. Nor is it, in this case, a synonym for naturalism or illusionism, however, in certain senses the paintings in this show can be considered as a mirror held up to his particular world of industrial middle Ireland.

Although very young, Cosgrove has already been noted as an artist of great promise with a mature quality of observational noticing as well as being a superb painter of light. However, his focus is drawn to the buzzing green-white fluorescence of contemporary factory spaces rather than the pathos of natural light.  When we do see this in his canvases it appears as a cruel burning-white invasion from a threateningly implied exterior world, eroding its way into the relative safety of the over-familiar interiors through corrugated plastic skylights, distant and high windows or warehouse doors left ajar.

Since graduating from the NCAD in 2007, Kevin Cosgrove has quickly established a critical reputation, with his work already represented in important collections in Germany, Italy and the USA. He exhibited a solo presentation of his practice at the Next art fair in Chicago (2008) and has participated in a number of curated group exhibitions including Menschheit at mother’s tankstation and Dead Center / Marginal Notes at Western Exhibitions, Chicago. 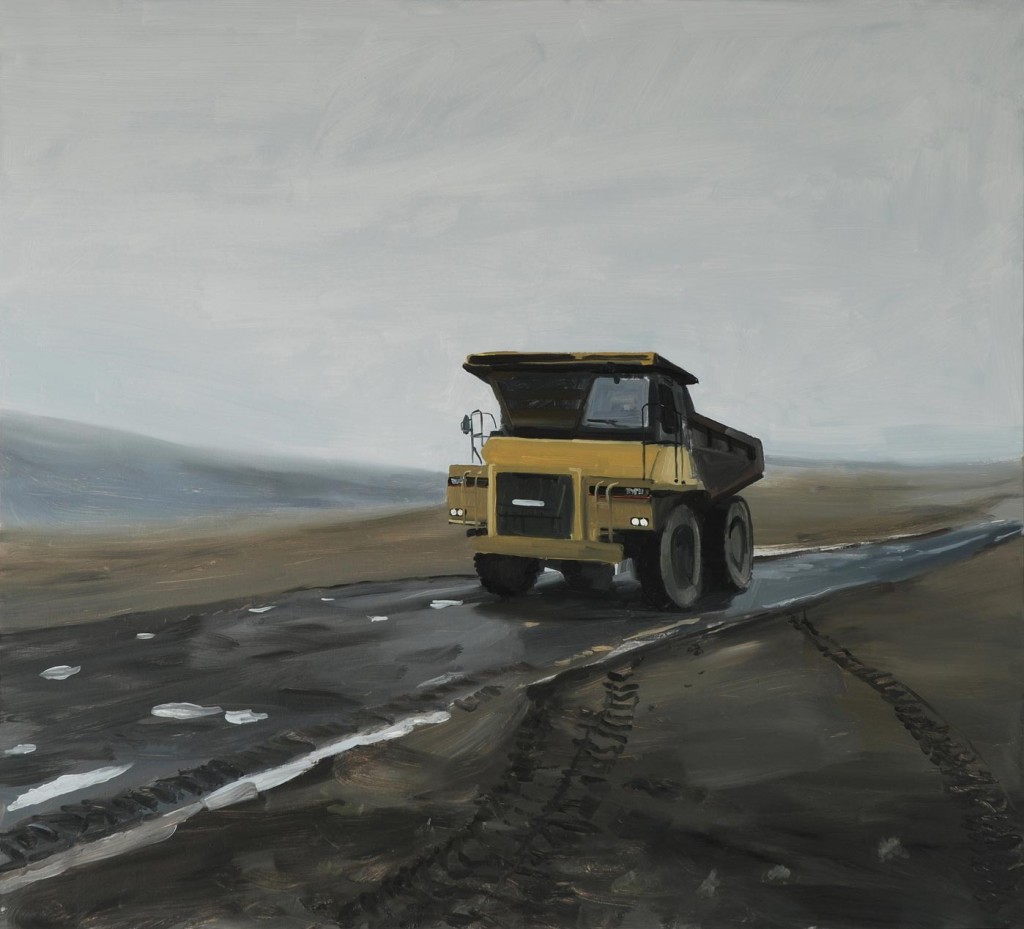 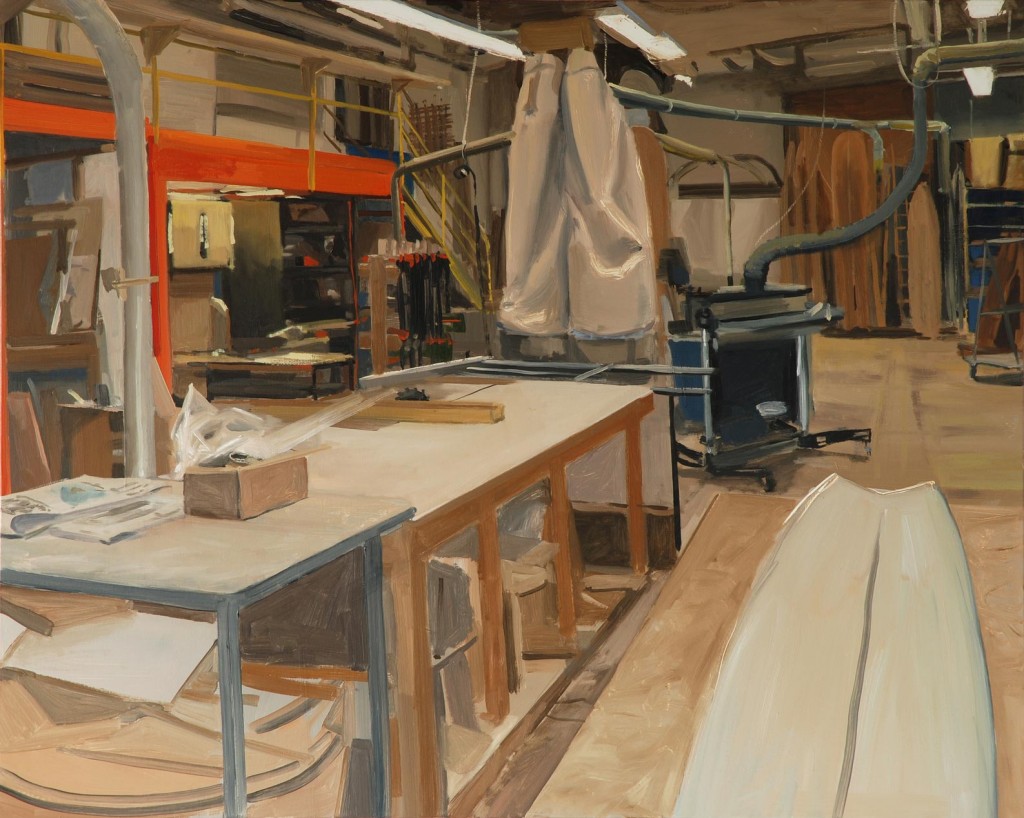 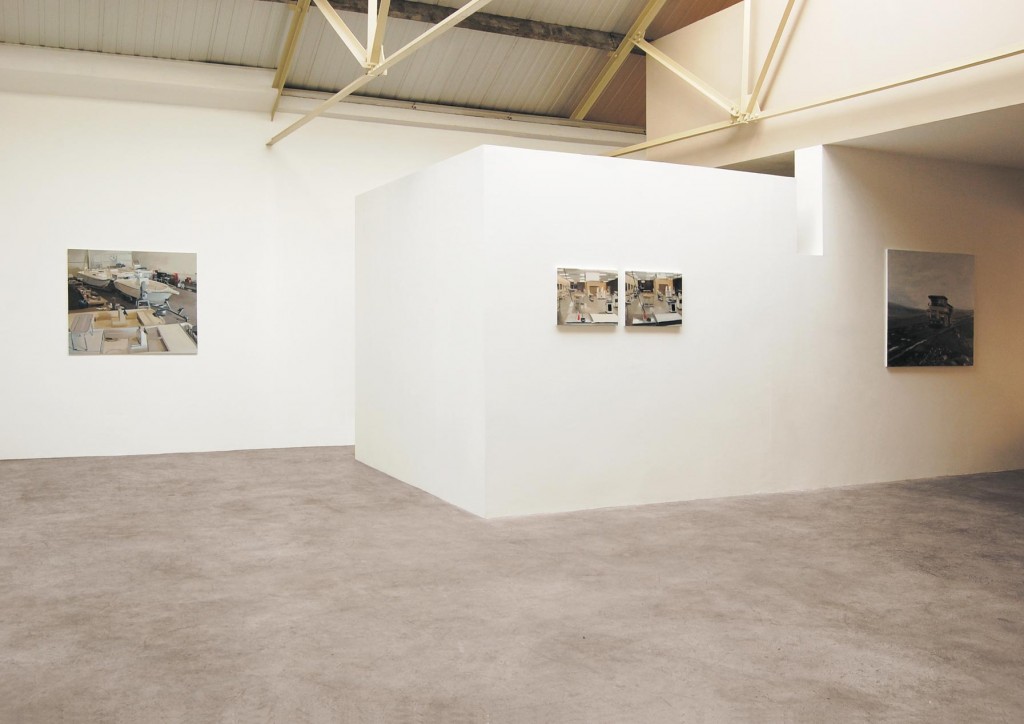 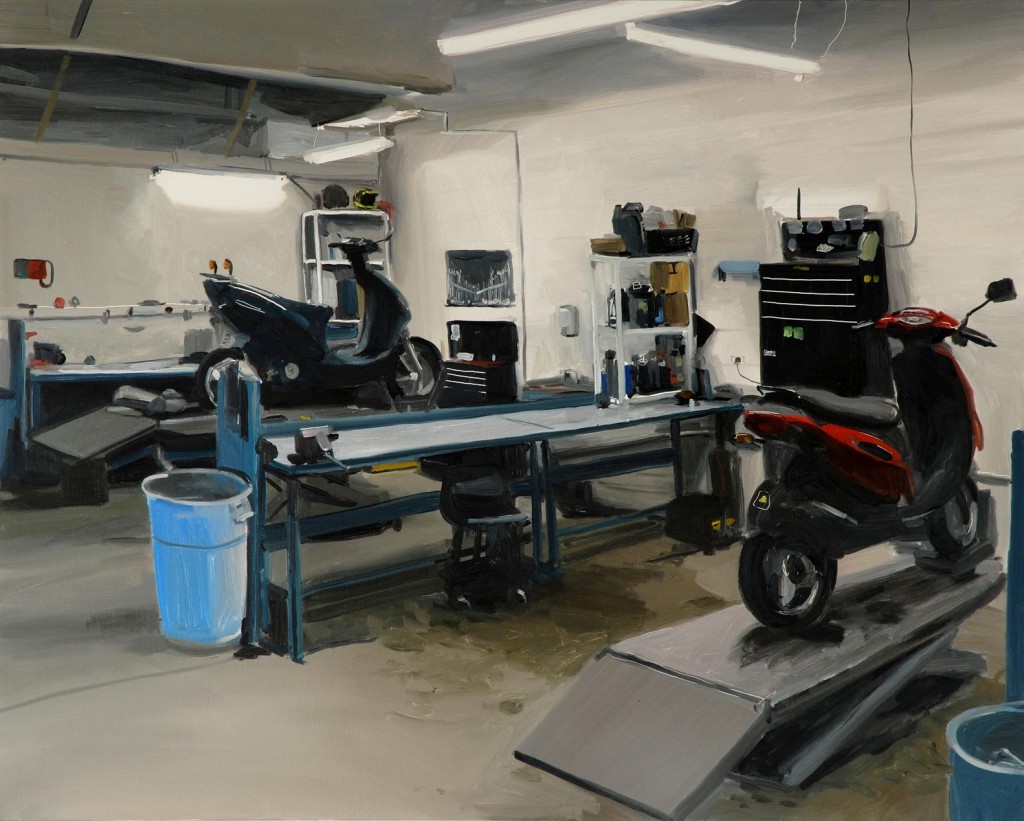 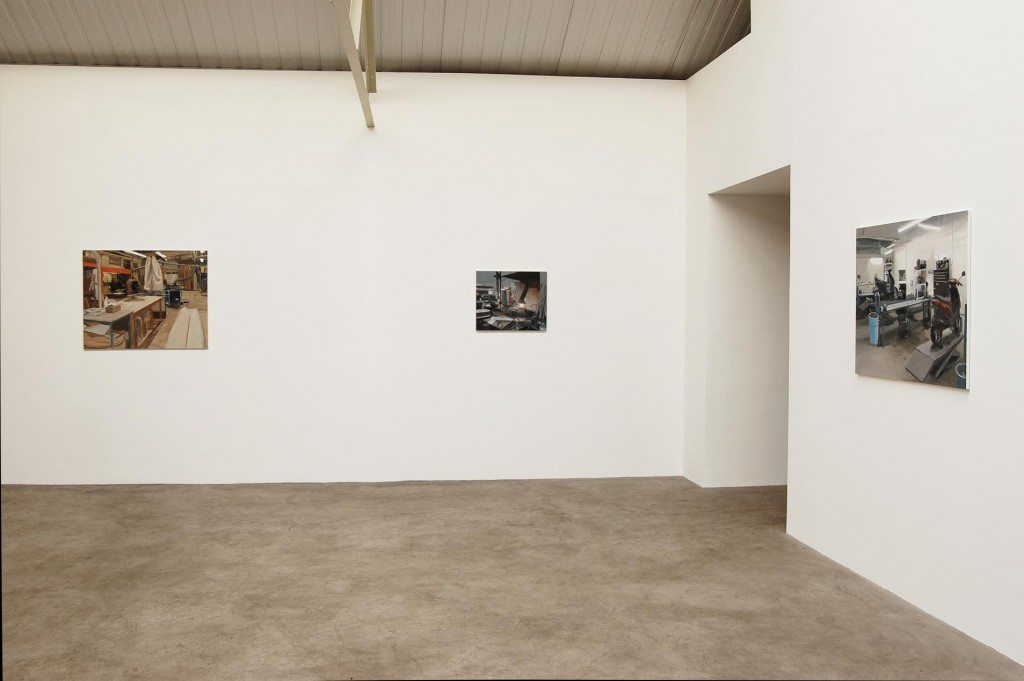 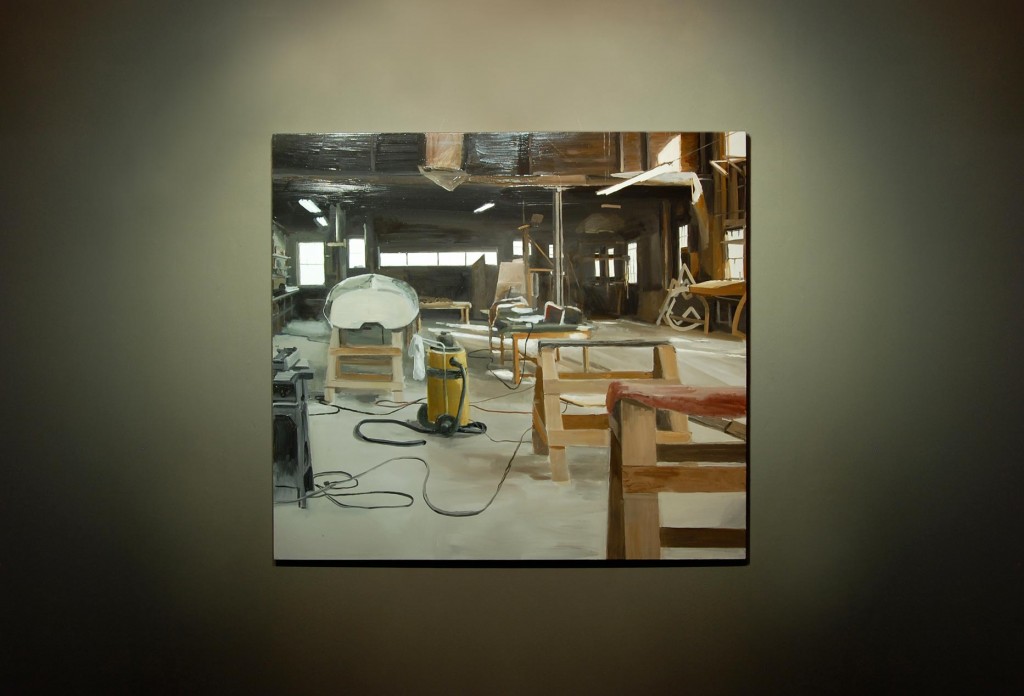 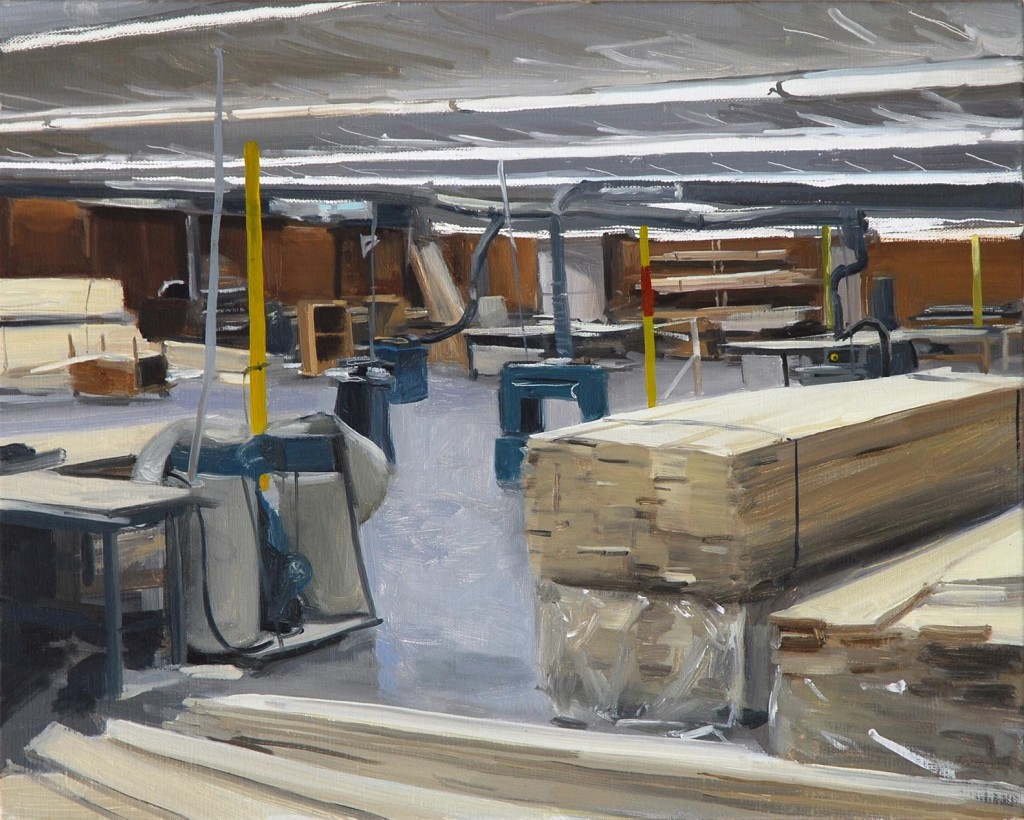