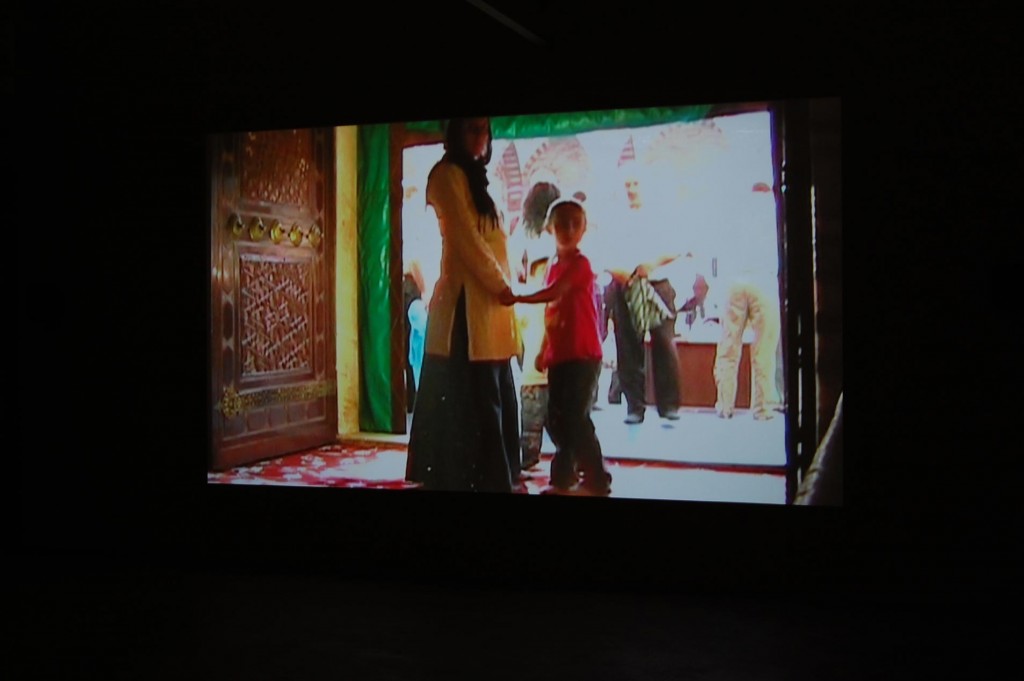 Stephen Gunning works through the combined mediums of video and sound, independently shaping them into an integrated experience to produce works of subtly unfolding human narratives. In this project exhibition of new work for mother’s tankstation; Journeyman, he develops his on-going interest in anthropological enquiry and the extended meaning of social events, gatherings, and informal (but often socially compelled) movements, such as parades, protests, festivals or public celebrations. Gunning explores what these events signify in terms of our codes of behavioural conduct, our understanding of the meaning of individual identity, contrasted against the need/desire for identification and the drive to behave socially in both its positive and negative forms. Aside from its implied socio-political content, Gunning’s work clearly evidences the fact that he is a natural camera man with a perceptive and penetrating eye, which when combined with his conflated audio environments, produces works of compelling pace and often mesmeric effect.

Gunning travels widely in search of such gatherings and public events, which he films surreptitiously from fixed viewpoints – both to stress their documentary nature and in order to minimize the necessity of post-production editing. The principle work of this exhibition, Journeyman, filmed at Istanbul’s Blue Mosque discretely observes figures entering and departing the Mosque, yet rendered as they are in slow motion, the human forms appear liberated from gravity and move more like shadows or a consciously filmic clichés of souls.

There’s no mistaking the suggested allusion to the transition to heaven, heightening the connection between the location and the participants’ shared purpose as expressions of faith and commitment. Gunning is particularly concerned with the themes of placement and presence, what he expresses as ‘the conventional metaphor of life as a journey’ and in this respect he is fascinated by the relationship of the particular to the universal, the elevation of the ordinary into something filled with implied importance.  The title of the show not only relates to this life-journey motif, but also to the way he views his own practice; “the title journeyman specifically refers to spending time as a journeyman moving from one place to another to gain experience of different crafts, as in the German carpenter experience/ a wanderer”.

Journeyman is all the more compelling because of Gunning’s determination to underplay the potentially overt political currency of the subject matter. Rather than merely underscoring the tensions between the Muslim and Christian worlds, he appears more concerned with formal filmmaking, atmospheric effect, the rhythm of the images, producing what he describes as the “choreography of possibility”. The viewer is required to dig deeper as the political metaphors of Journeyman are more carefully cased within the work’s audio track and title. The soundtrack is constructed from collected recordings made by the artist from fireworks at the American Independence Day celebrations, recorded at the Ambassador’s residence, Phoenix Park, Dublin.  Gunning’s audio editing re-configures these sounds of celebration to suggest a less-than-celebratory effect.

Stephen Gunning holds both a BA and an MA from the National College of Art & Design, Dublin.  This exhibition is the second in a series of project shows concentrating on experimental film and video practice. 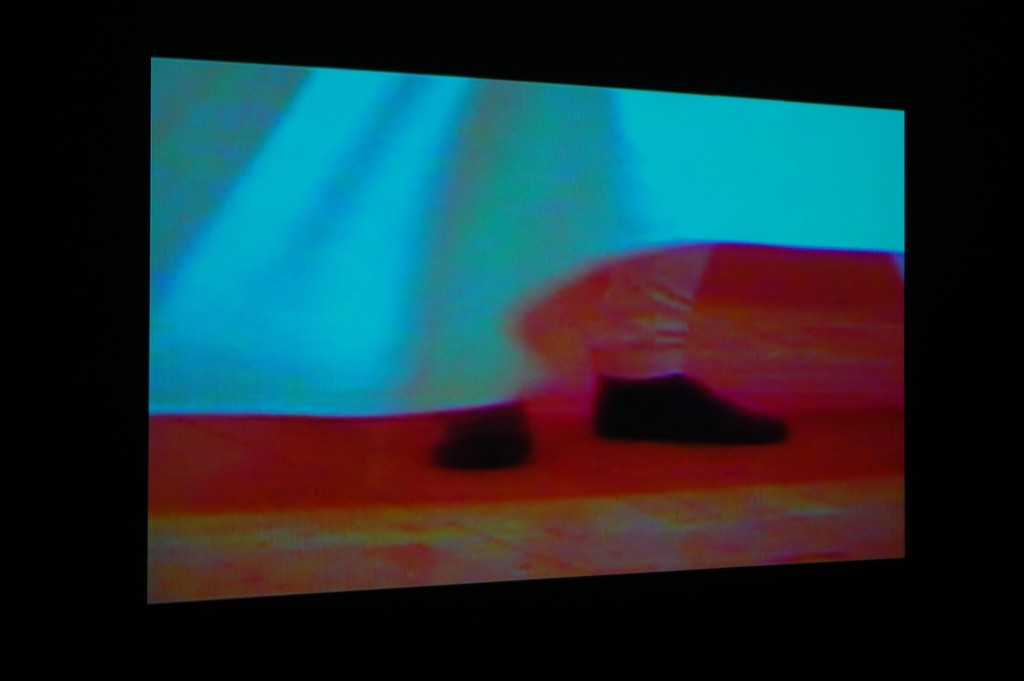 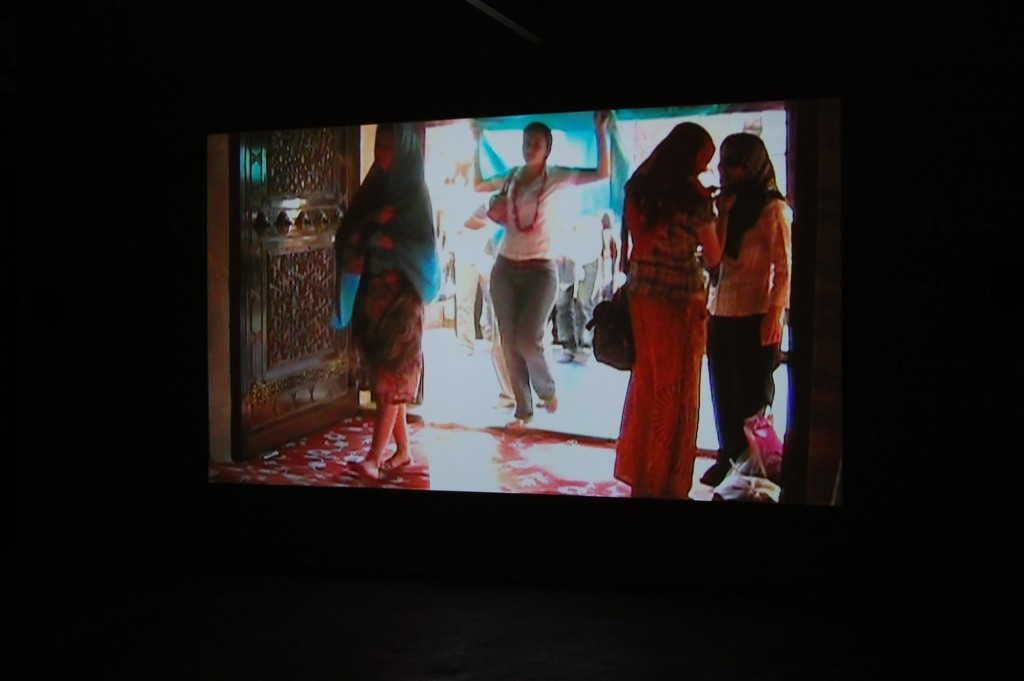 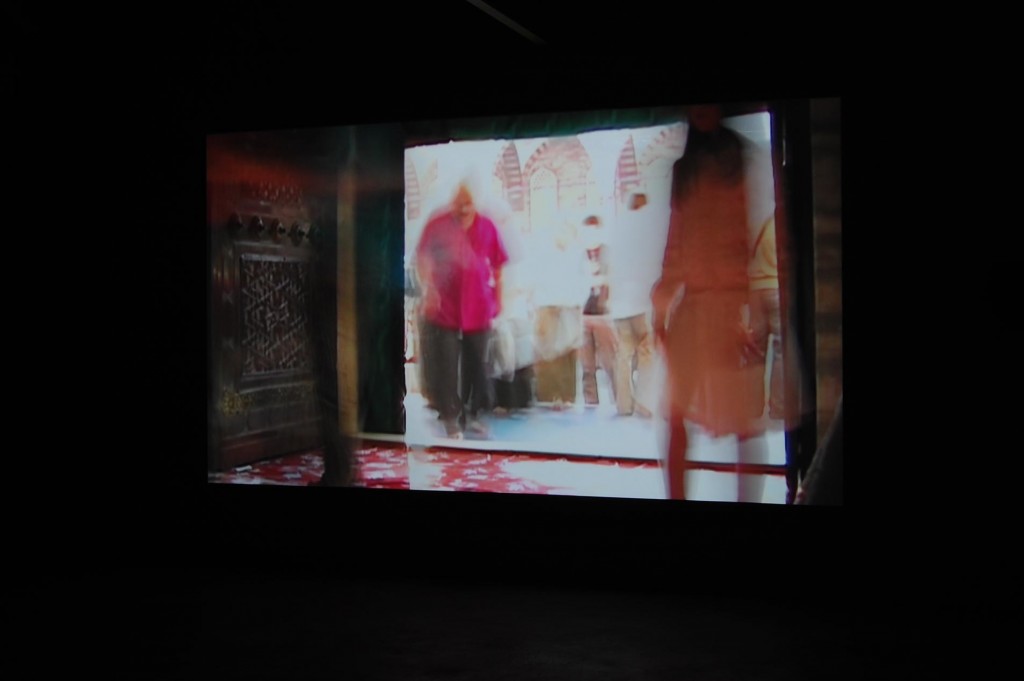 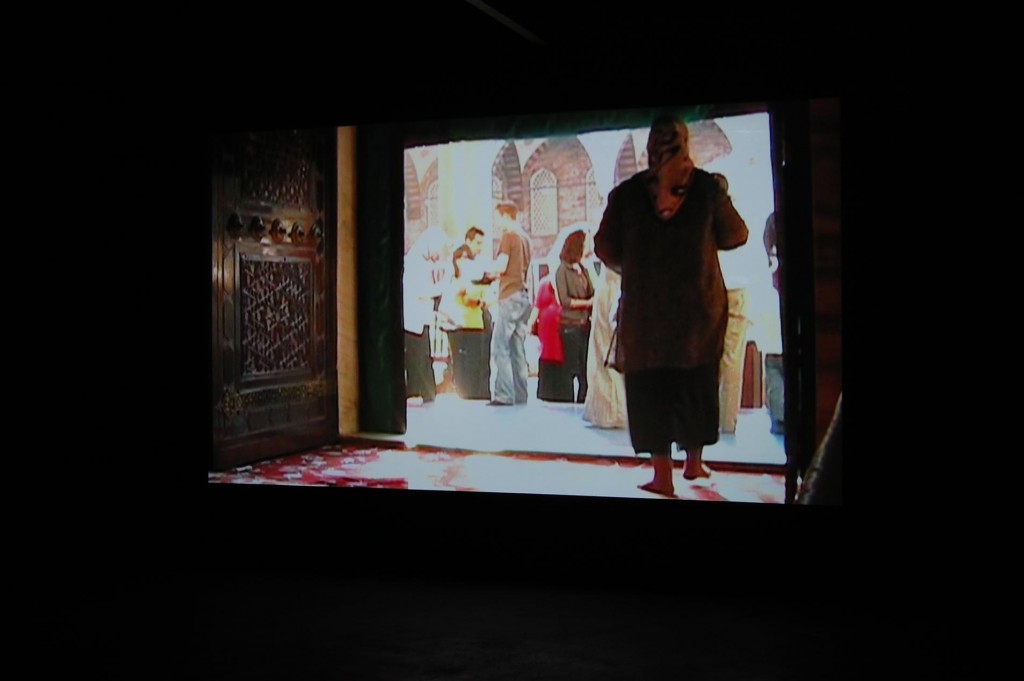 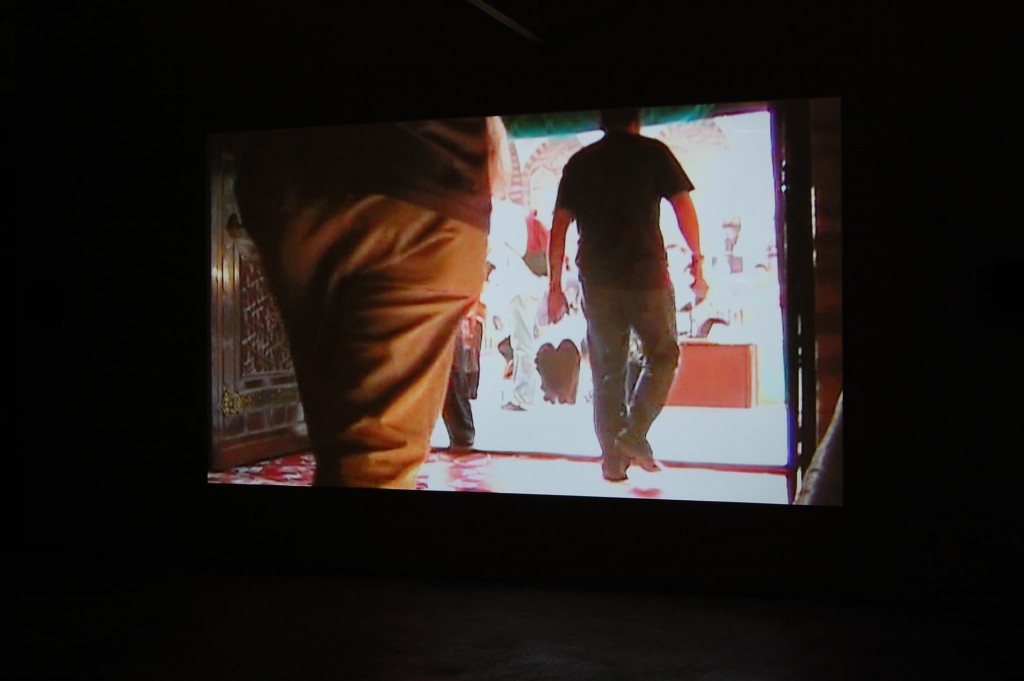 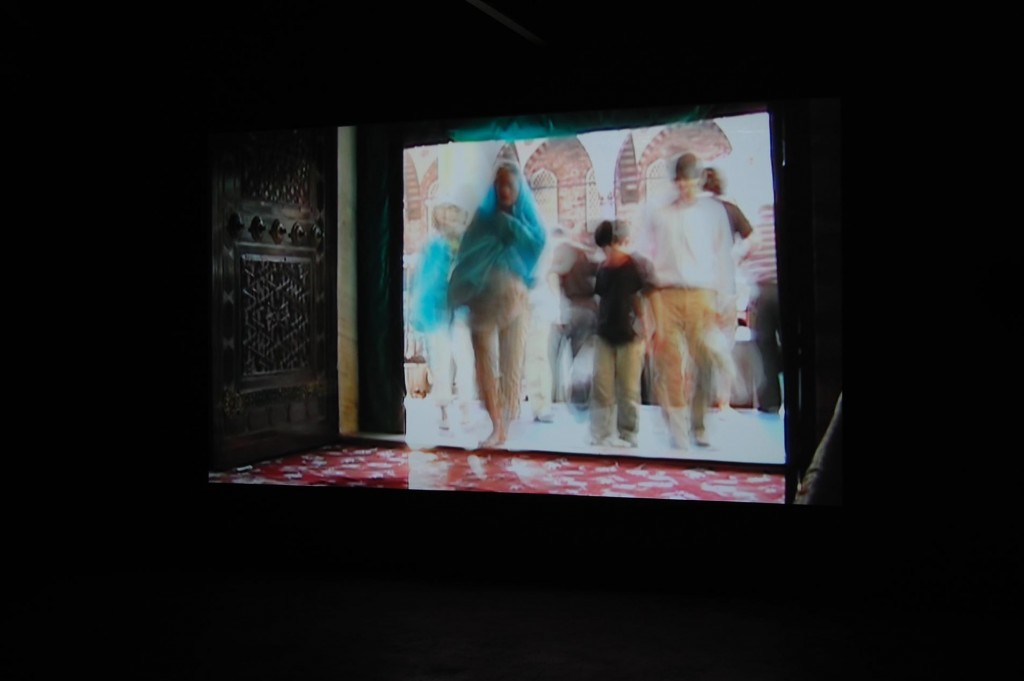 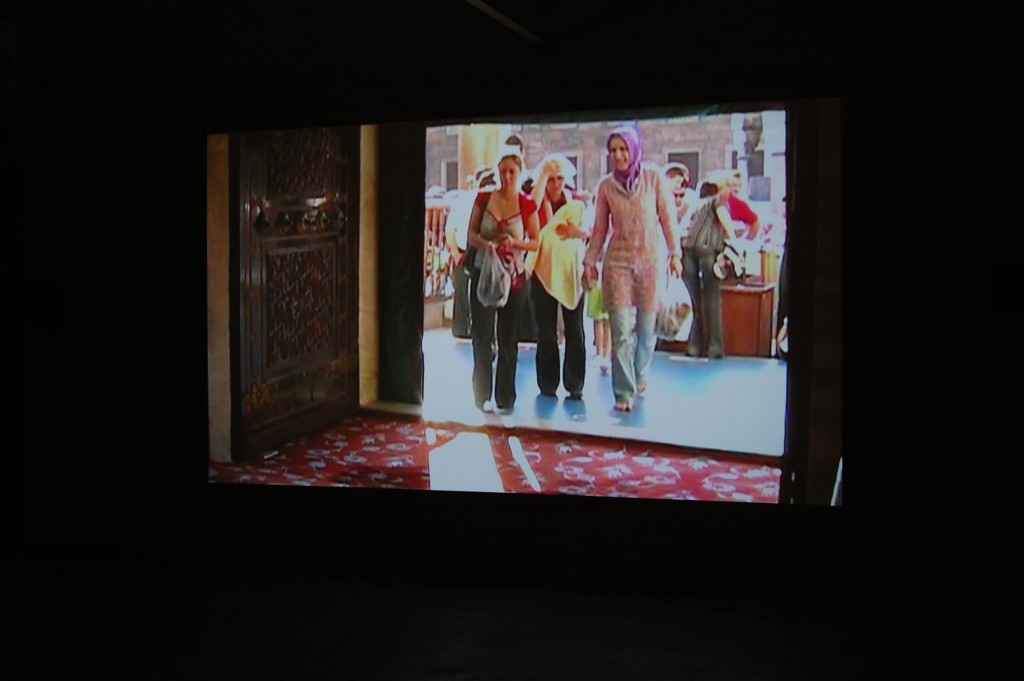