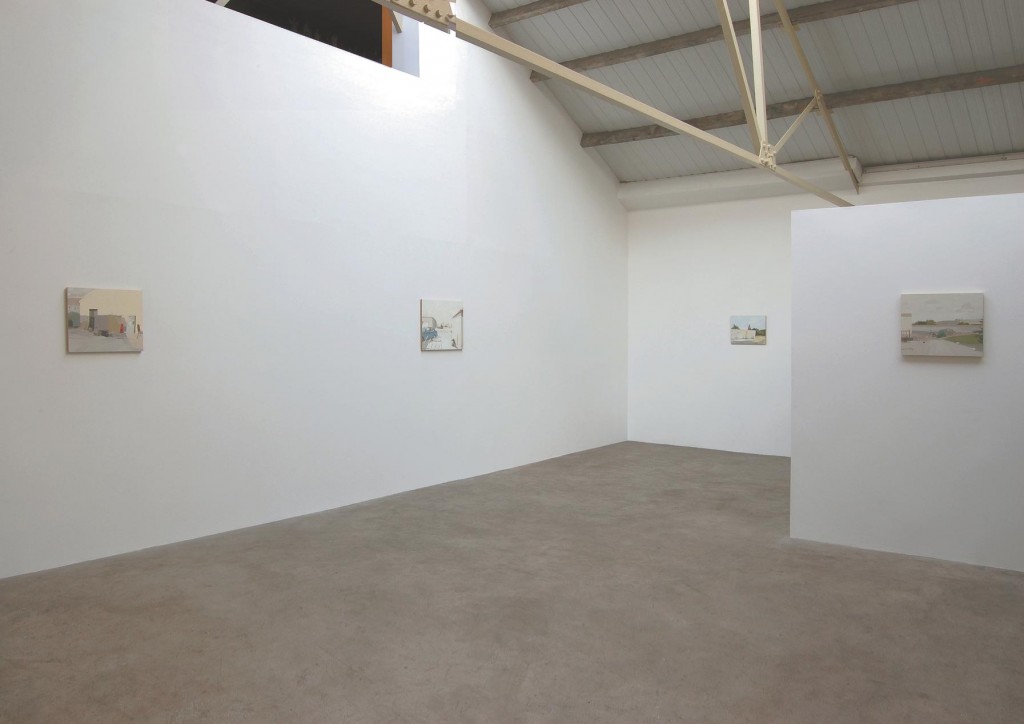 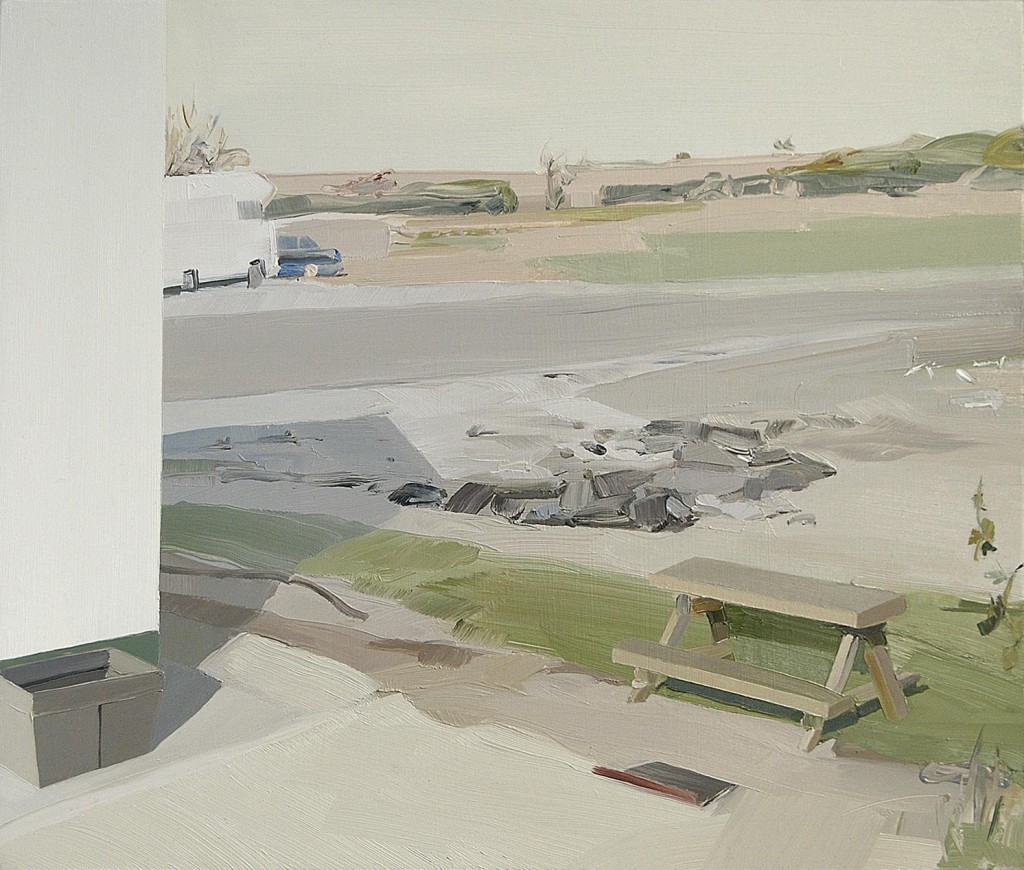 The works of the Dublin-based painter Mairead O’hEocha achieve the delicate balancing act of being timeless depictions of a spirit of place as well as functioning as heavily loaded contemporary signifiers, packed with a terse commentary on the banalities and meaninglessness of everyday contemporary life.

O’hEocha’s meticulous small-scale paintings by choice present the viewer with a teeming mass of intriguing paradoxes. They are exquisitely detailed, while being thoughtfully, consciously and specifically simplified. An art-historical aside: Ernst Gombrich made the point that the audience was, by the time of Manet, so bored by detail that they were in danger of terminally losing interest. For Gombrich the danger was that the viewer too easily equated detail with the mundane realities of the contemporary world and, in preference to this, art could or should (depending on your standpoint) offer a willing escape / transcendence from this claustrophobic death by detail. O’hEocha’s works stand in apparent contradiction to this notion, making the mundane her subject of choice.

Mairead O’hEocha attempts to understand her world – or at least a local, vernacular and consciously parochial vista of such, namely a semi-rural corner of southeastern Ireland (the environs of the N11, the main road from Dublin to Wexford) – through the process of reducing it to simplified visual, graphic or mimetic equivalences. The paintings simultaneously run marathons and sprints as the panels are painted wet-on-wet, and therefore constitute a one-way ticket – if the paintings do not function they are abandoned. Consequently, the small number of released works are consciously intended as inherently ‘rare’ articles depicting ‘common’ everyday scenarios. O’hEocha pursues visual reductivity so rigorously that the distilled elements in her paintings stand as signifiers for universal references. Once the viewer becomes familiar with her lexicon, potential O’hEocha paintings appear before us everywhere, such is the clarity of her vision that the paintings function as quintessential depictions of contemporary Ireland. They get to the core of both Ireland’s strange (usually grey) beauty, as well as its darkness, malaise and ennui.

O’hEocha’s paintings propose clear theoretical arguments. Artists of the emerging Irish Nation state strategically employed the motif of the rural dwelling, as it established aesthetic distinctiveness through paintings of simple motifs of rural stability. Nearly one hundred years later, however, perhaps in direct relation to the decline of rural living, these nativist, whitewashed cottage myths continue to feature prominently in the exportation of Irishness. However you will not see any in O’hEocha’s works; they have transmuted into mobile homes, bungalows and corner-end estate semi-‘d’s, complete with satellite dishes, security shutters and plastic garden chairs. O’hEocha’s paintings challenge the interpretation of what an Irish ‘home’ might mean as a symbol of stability, security or comfort and question whether representations of nationhood can function in the contemporary globalised world.  However, O’hEocha’s work is also compellingly at odds with its own theory, if indeed O’hEocha’s paintings stand as philosophical equivalences to graphic rationalisations of the world, then the profound love and detail bestowed upon such meaningless and prosaic objects such as skips, rubbish bags or garden rakes defy logic gloriously.

Mairead O’hEocha studied Fine Art at the National College of Art & Design, Dublin, and received an MA from Goldsmiths’ College, University of London. Home Rules is her first solo exhibition. 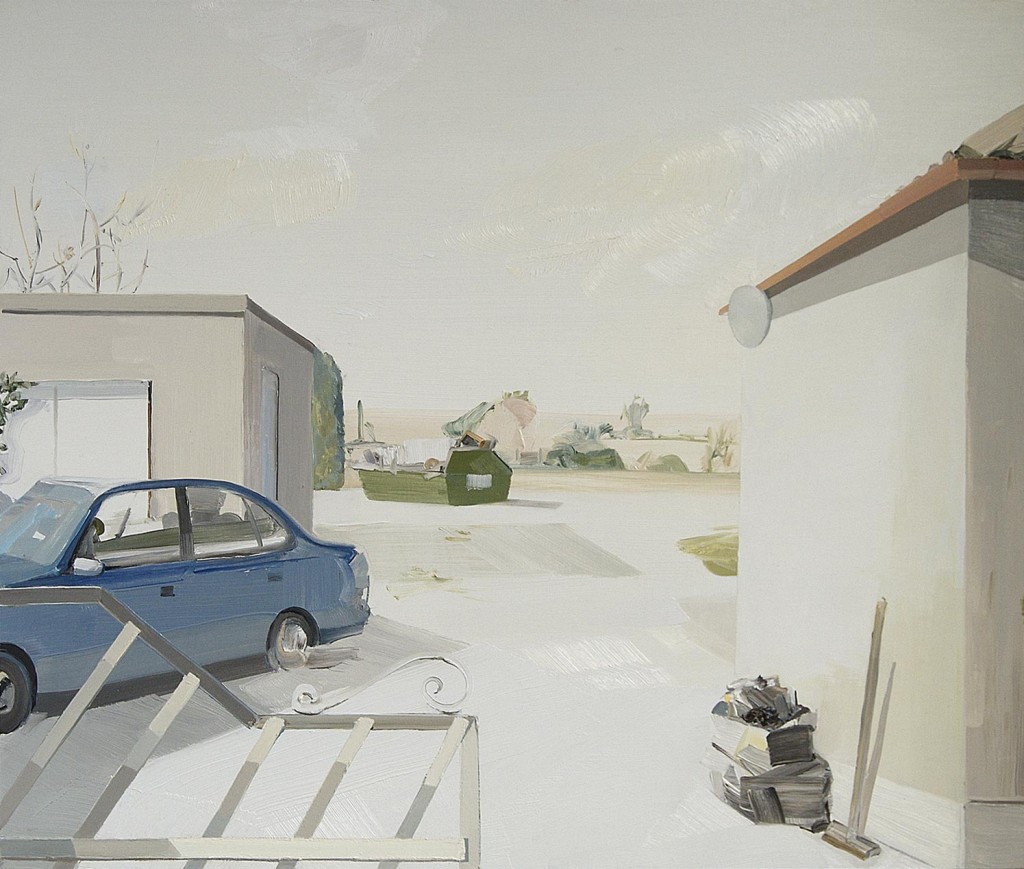 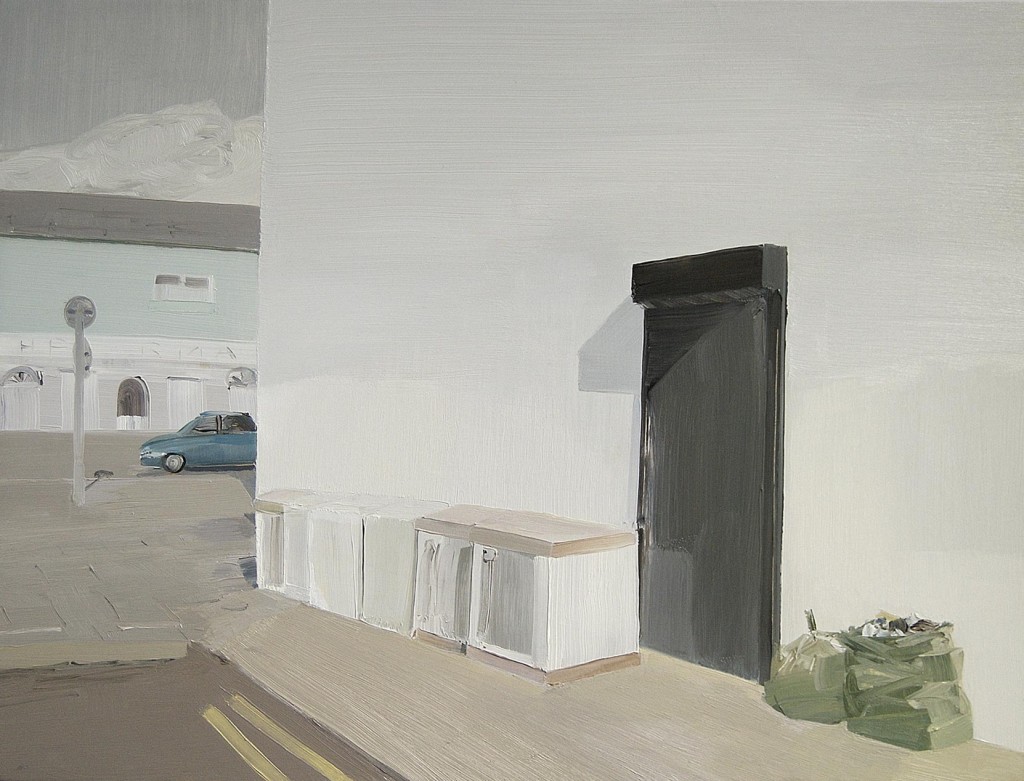 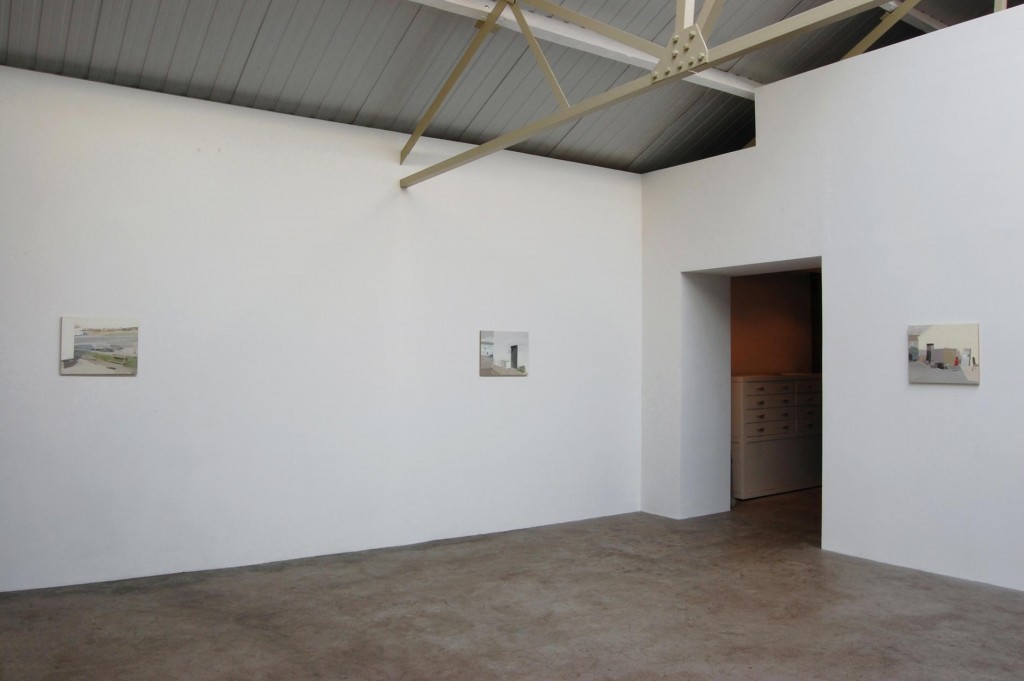 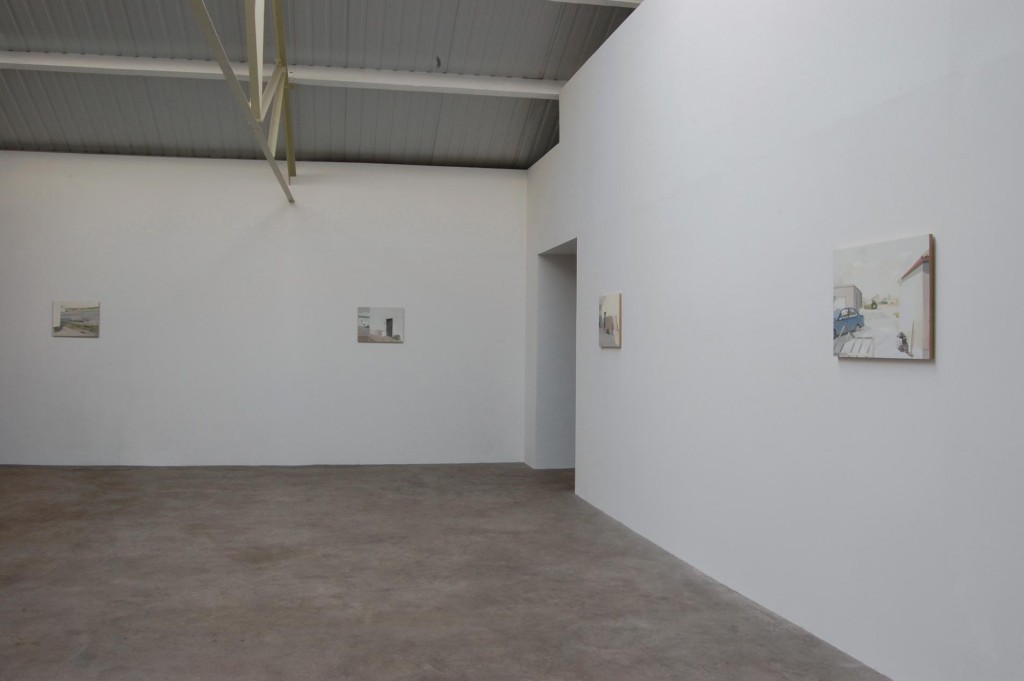 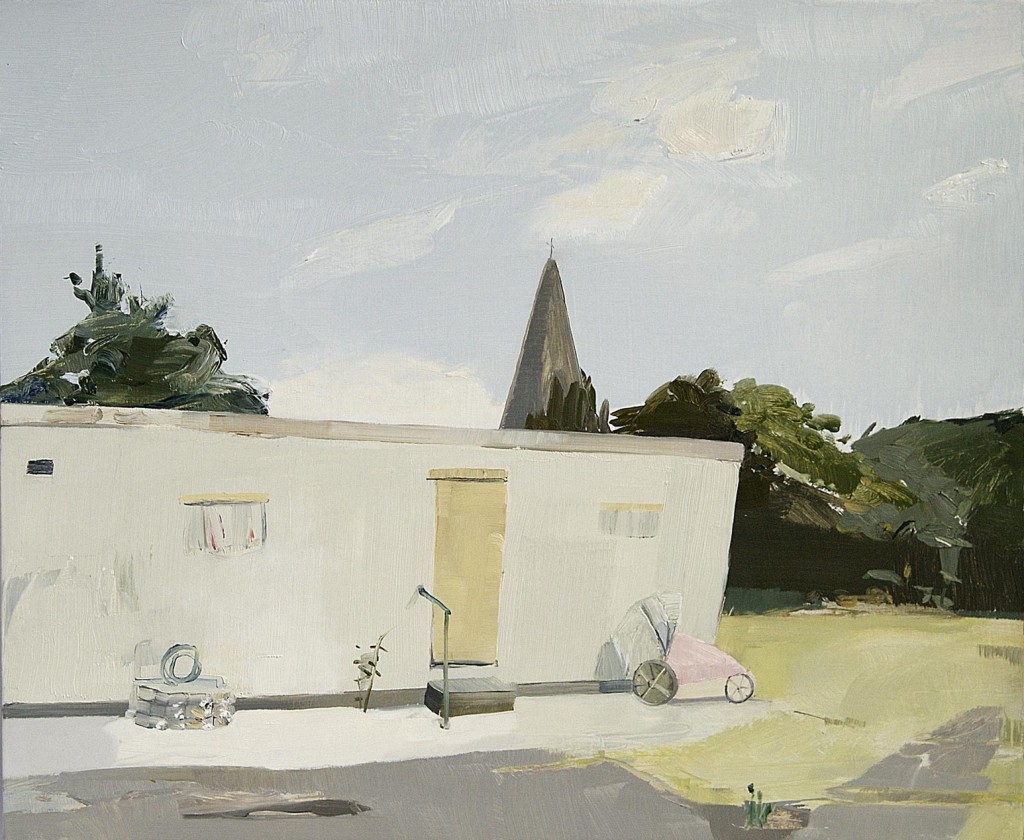 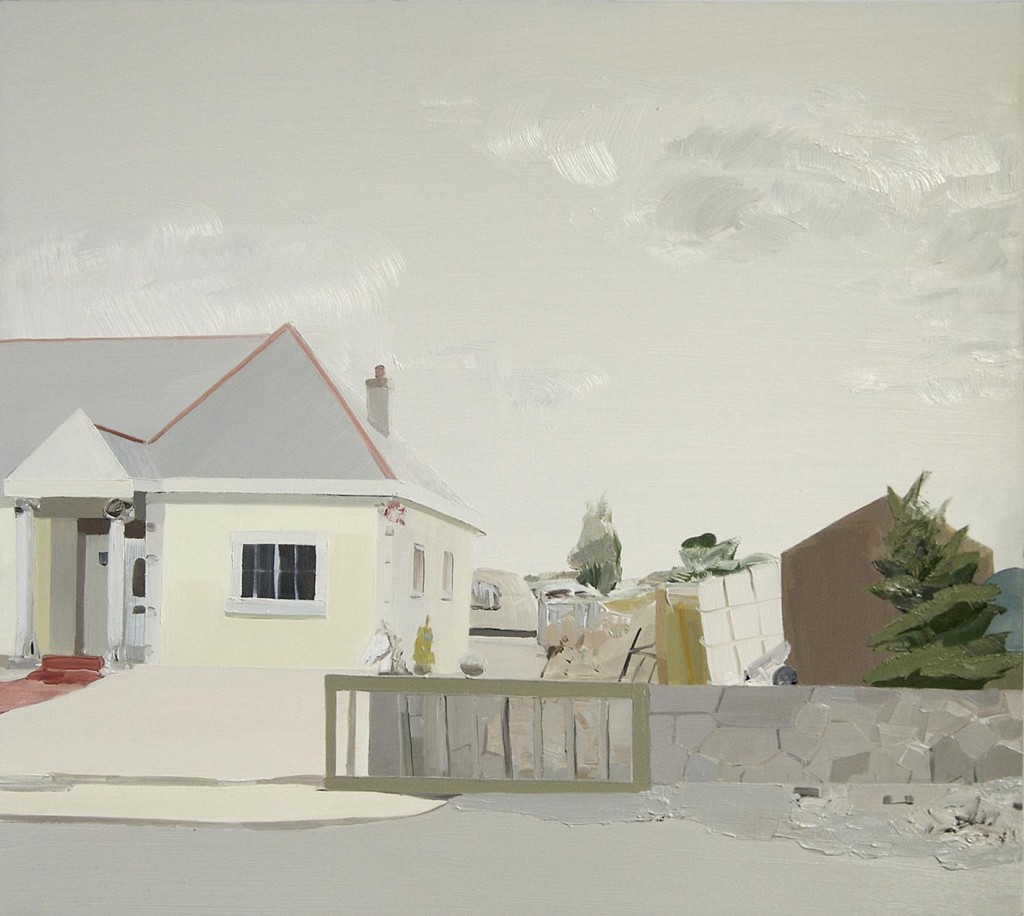 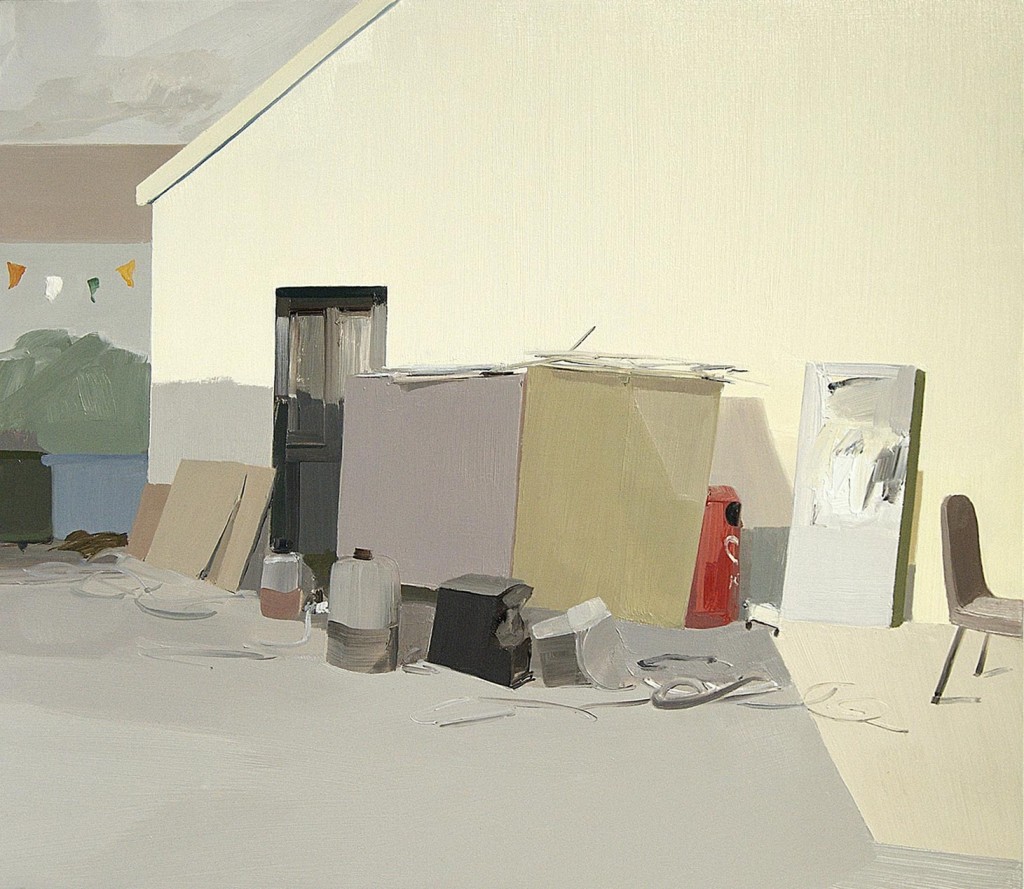