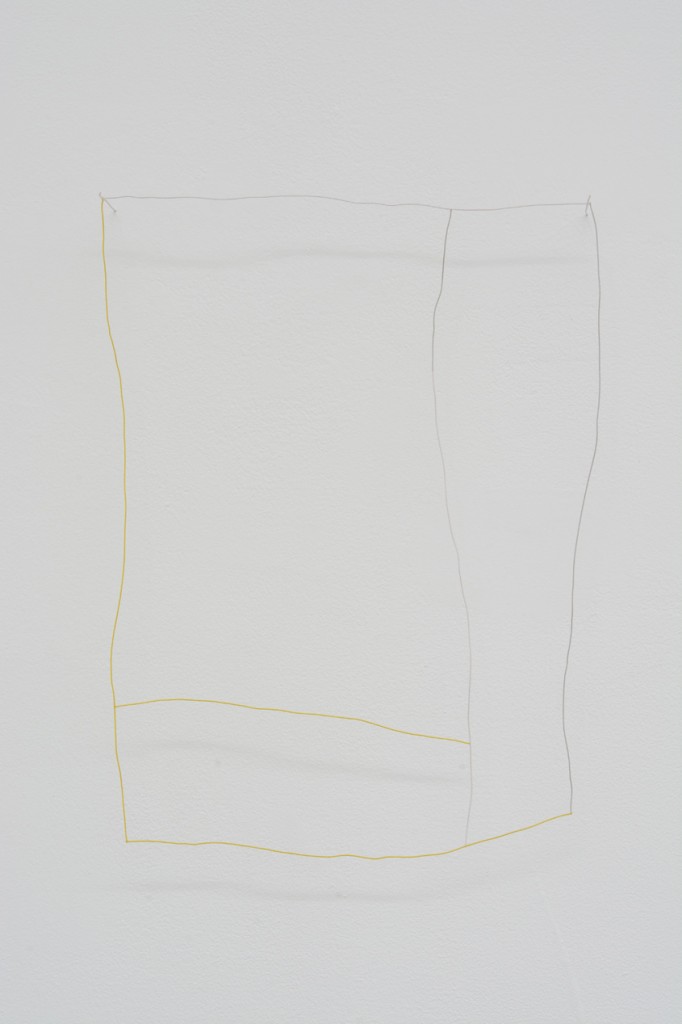 With heads full of ancient/contemporary Chinese cities, and a fortnight of looking upwards, we flew back into Ireland on a cool and damp Friday morning. Looking down on patchworks of soft tonal greens, with equally softly-glued joins (sky to earth, hedge to ditch), rather than a multiple of hard boundaries, walled-compounds and fenced space, the countryside seemed, for the first time, to eat (or swell with moist engorgement) into the urban landscape, rather than the other way around. Leaving Shanghai some seventeen hours earlier, the inverse seemed the predominant case, the city enfolded the greenery; lush, sub-tropical, neatly curated, planted and tended, and as we ‘edged’ closer (life-threateningly speeding taxi…) to Pudong International Airport, the world increasingly dissolved into the pink greys of dry dusted earth, power grids, pylons, polluted air and the functionalities of the mass energy supplies that keep China growing/glowing.

The experience of parcelled space and wire-segmented air seems oddly relevant to Maggie Madden’s site-specific installation, hardly audible, created for the cross-steels, and the central eleven-metre skylight of mother’s tankstation. Looking up, looking down, looking through, are all critical to the content; meanings and readings embedded in her work. Madden has been collecting particularly coloured plastic bags for a number of years, diversely sourced from travels; from near and far, from the exotics of Morocco, Portugal, to the prosaics of her local butcher and Dublin City Council bins and softly joining them into translucent topographies. The pastels of a million global corner stores transformatively re-locate (up-end – as if floating, daydreaming, above) the earth-bound viewer into the freedom of the sky, making them look up-for-down, upon a glowing, undulating plastic landscape. As the viewer moves in the space the patched, coloured plastic sky responds to our body heat and corresponding air displacement, flowing, rustling (hardly audible) in echo. With colourations that not only invoke a world of Euro/Pound/Dollar (whatever currency you want) ‘saver’ shopping experiences, but also allude to the high(er) modernist moments of Fred Sandback’s string drawings, and Diebenkorn’s late Ocean Park series colourations, Madden’s exquisite abstractions load the senses, or “perfumed light”1. As Agnes Martin once famously remarked, “simplicity is never simple…” and Madden’s soft structures have taken months of meticulous planning and advance work to seem like no effort has been made at all. Again citing the studio maxim of ‘a minimum intervention to a maximum effect’, Maggie Madden has also included multiple wall works into the show that barely show their hand; rather the pale, almost invisibly coloured phone wiring of their meticulous, yet near-casual construction hide in plain sight, underscoring the weightlessness ‘inaudibility’, and nearly-not-thereness of her over-arching structure.

Having first found dense bundles of telephone wiring in a skip a decade or so ago, Madden has been experimenting with the material ever since, stripping back optical fibre cables and removing its protective armour to reveal tiny multicoloured strands of fibres, from which she produces what she calls “drawings in space”. In allusion to the late American modernist sculptor, Fred Sandback, who desired the construction of “…sculpture that didn’t have an inside”2, Madden has similarly mastered the conjuring of soft space from the slightly irregular and dented lines of the colour coded filaments; bound, twisted and sitting out from the walls on nearly invisible supporting pins, they prescribe parcels of ideal space (the boundless hope of art). Not so different from the air beyond, yet through the embodiment of an artist’s years of hope and patient care, they lead distinctly separate lives.

Originally from the West of Ireland and having gained her undergraduate in Fine Art from Limerick School of Art and Design and MFA from the National College of Art and Design, Dublin, Madden has worked tirelessly over the past decade, refining her practice and developing a quietly dedicated following for her thoughtful and elegant work. A greater national and international attention however, to her poised and precise practice is well overdue. 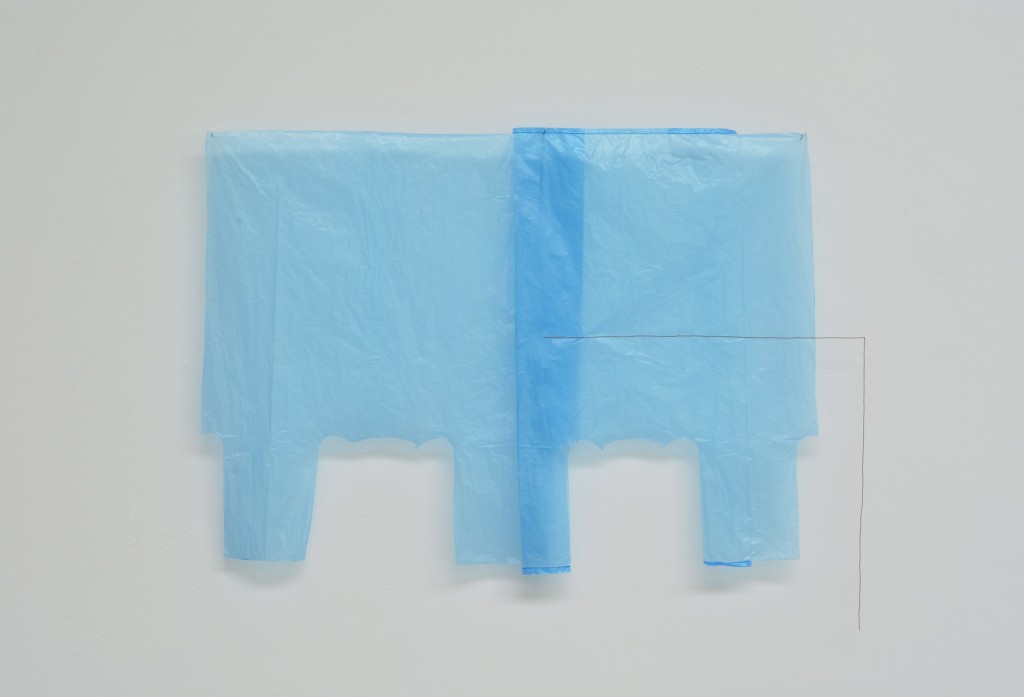 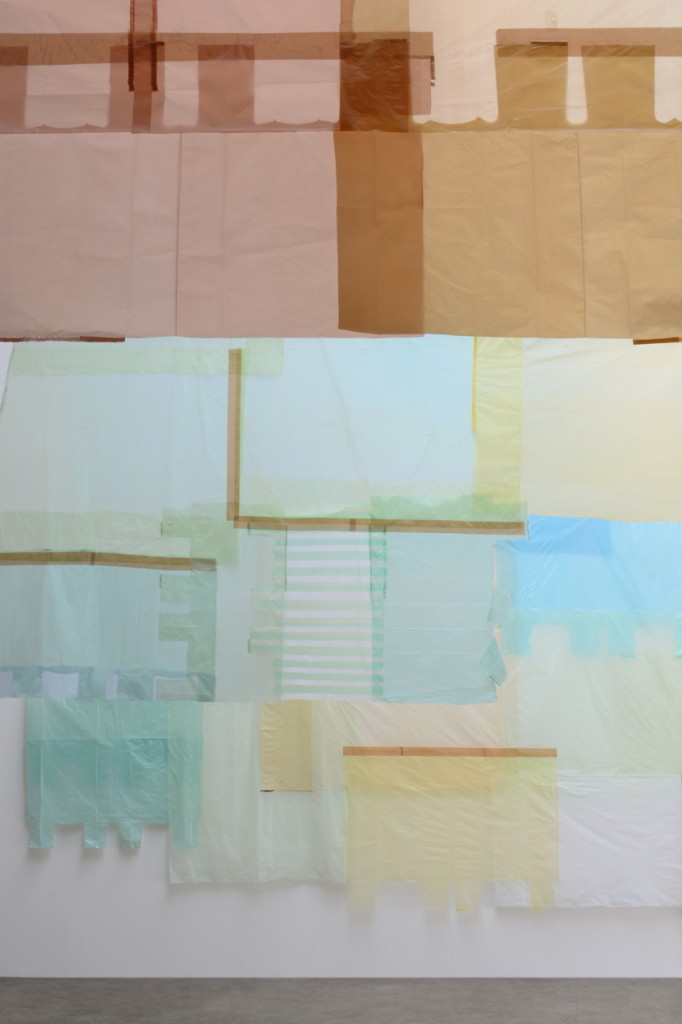 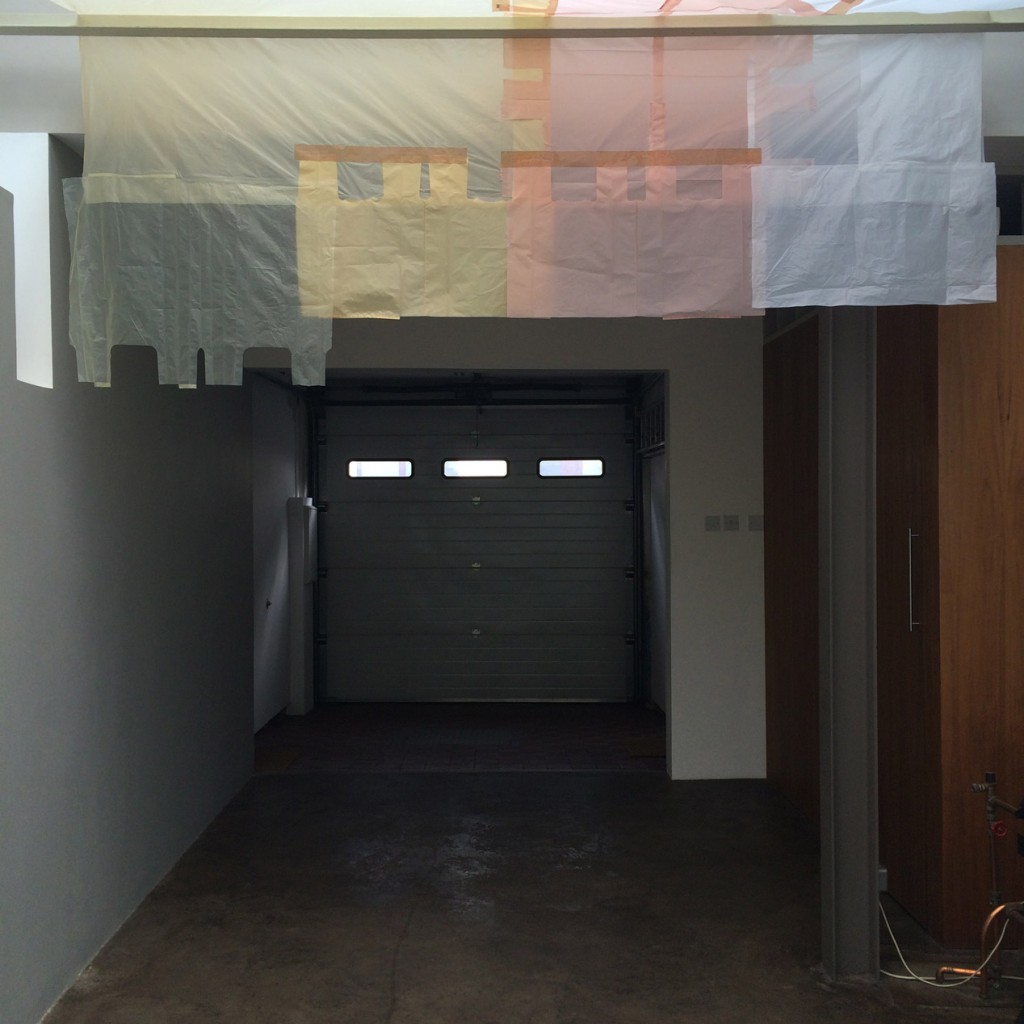 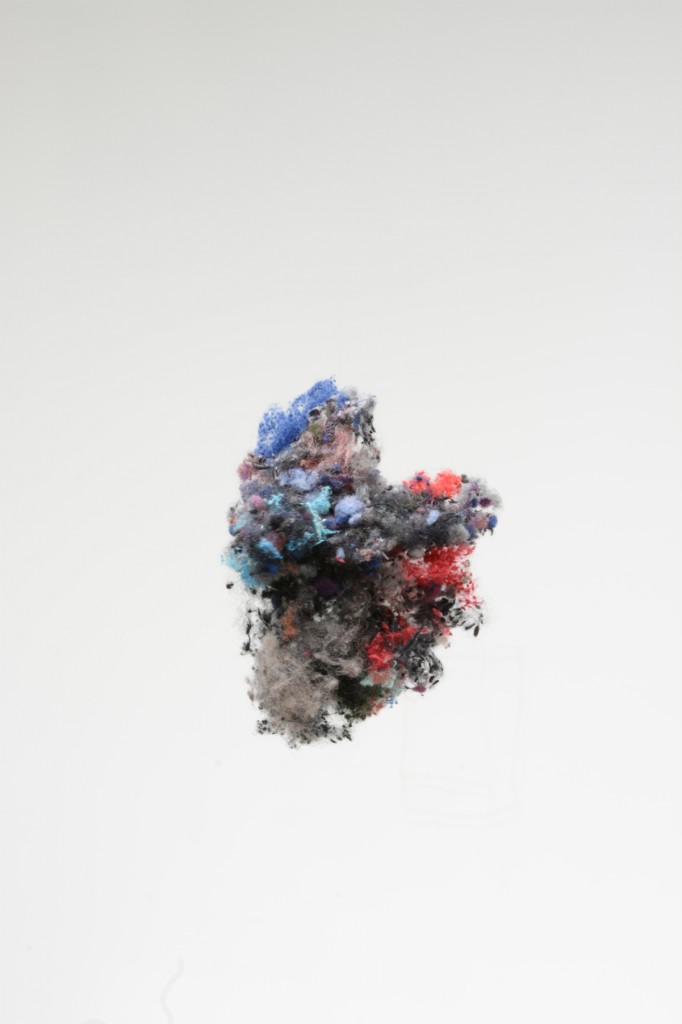 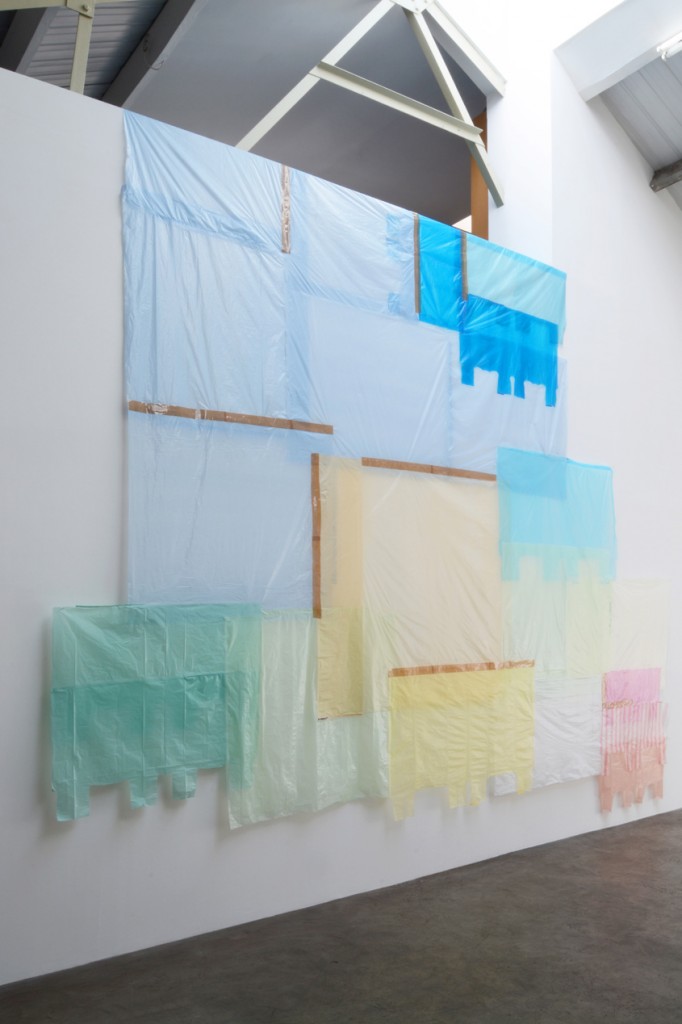 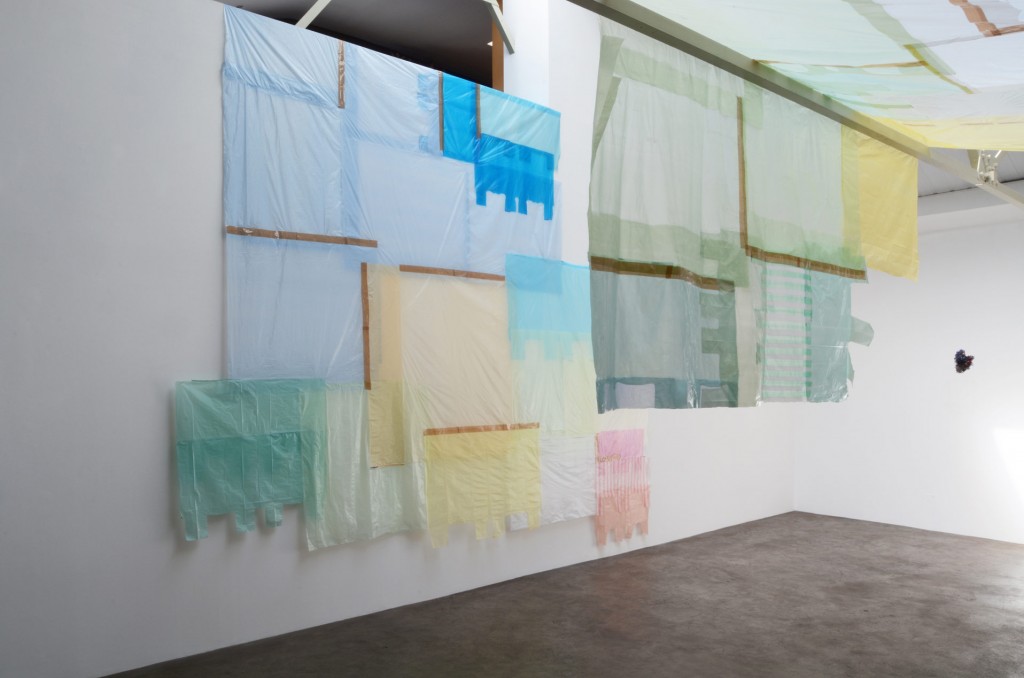 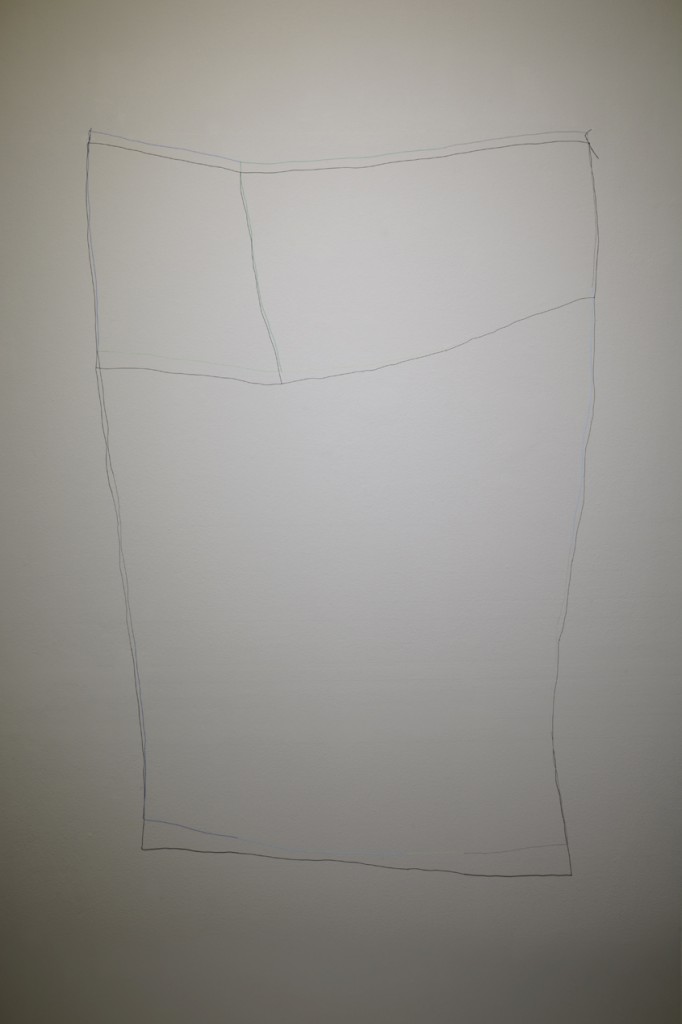 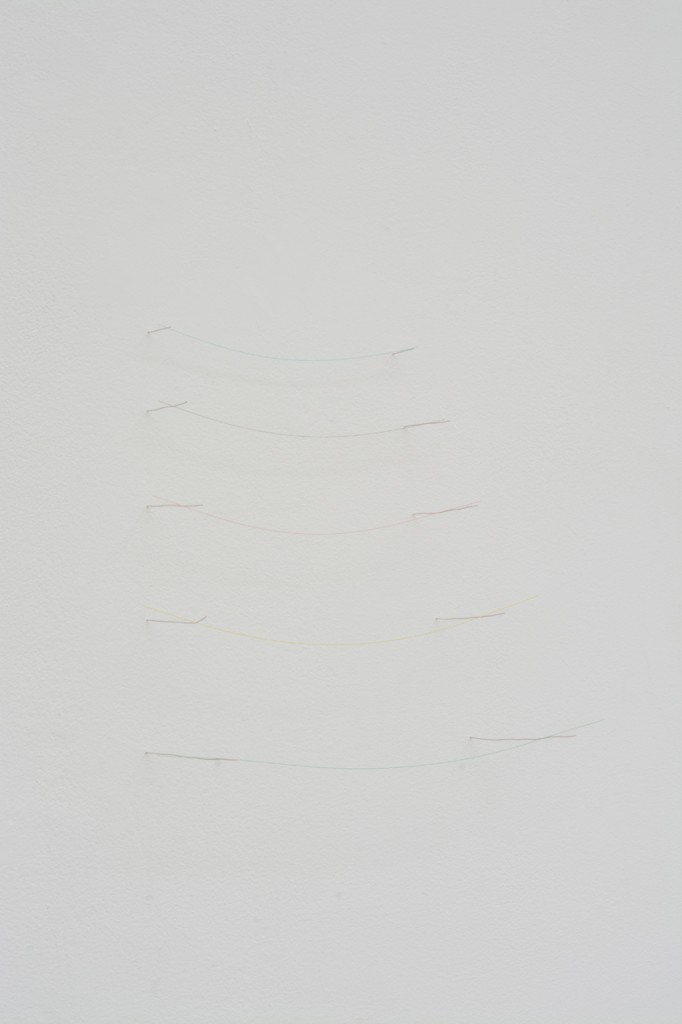 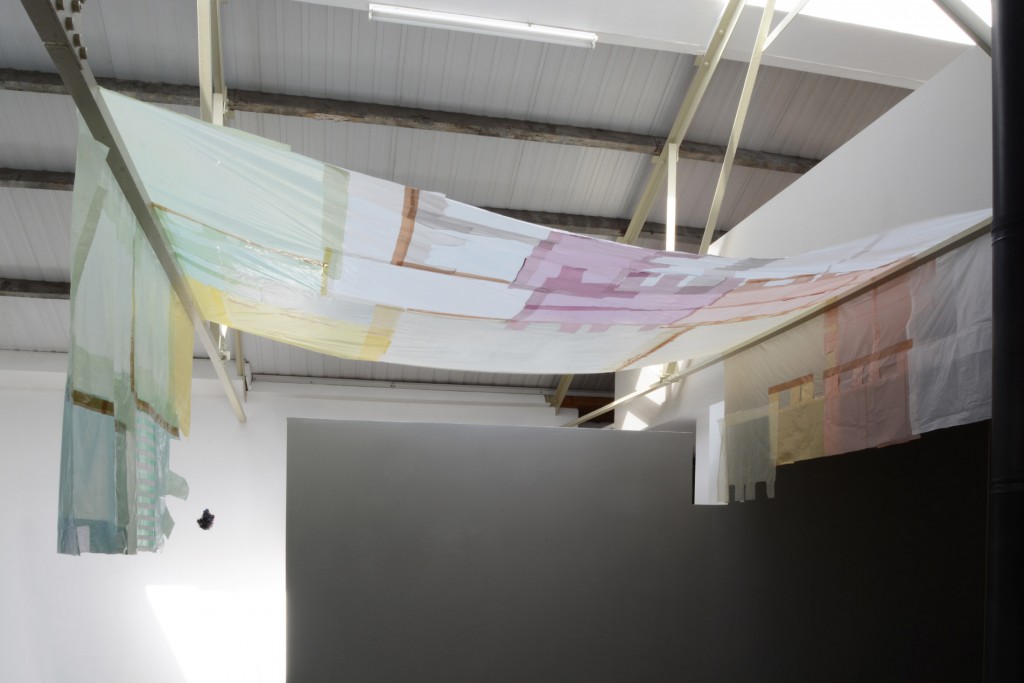 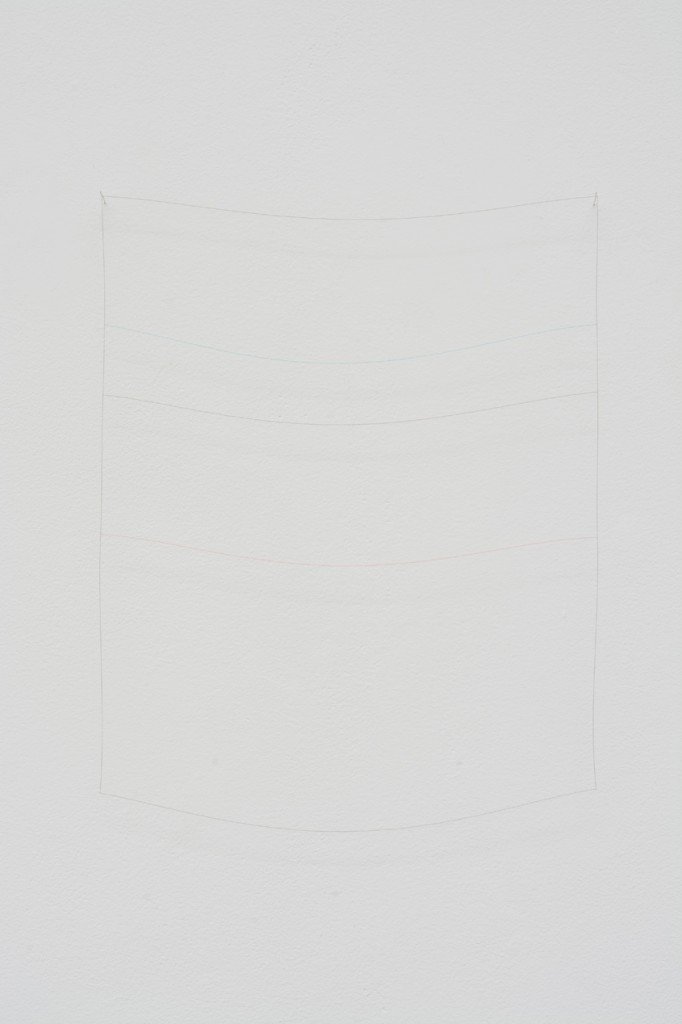 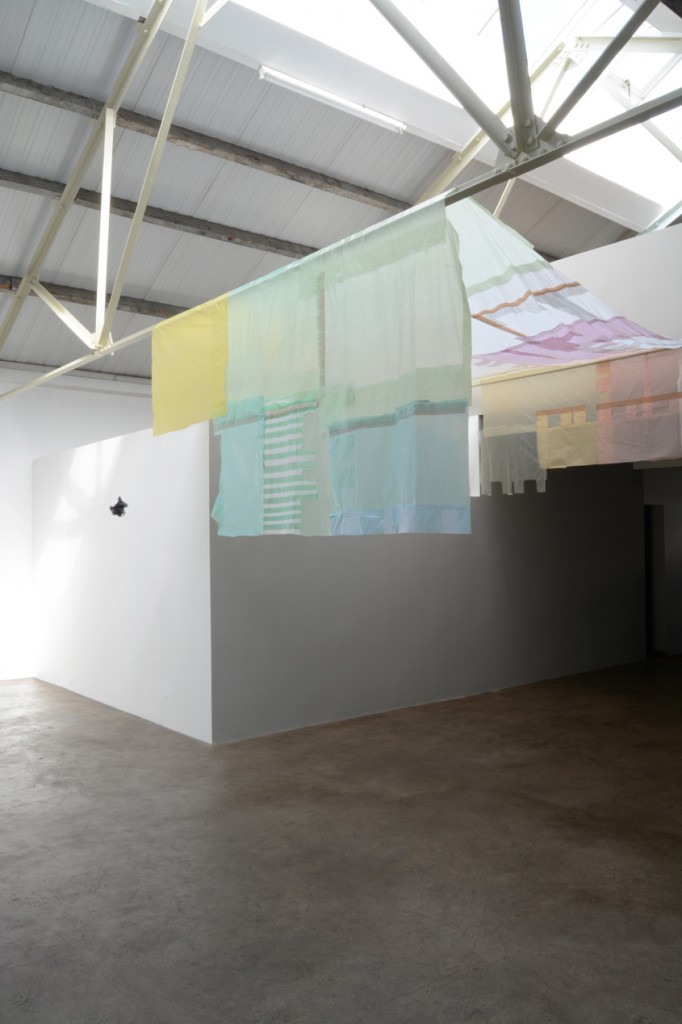 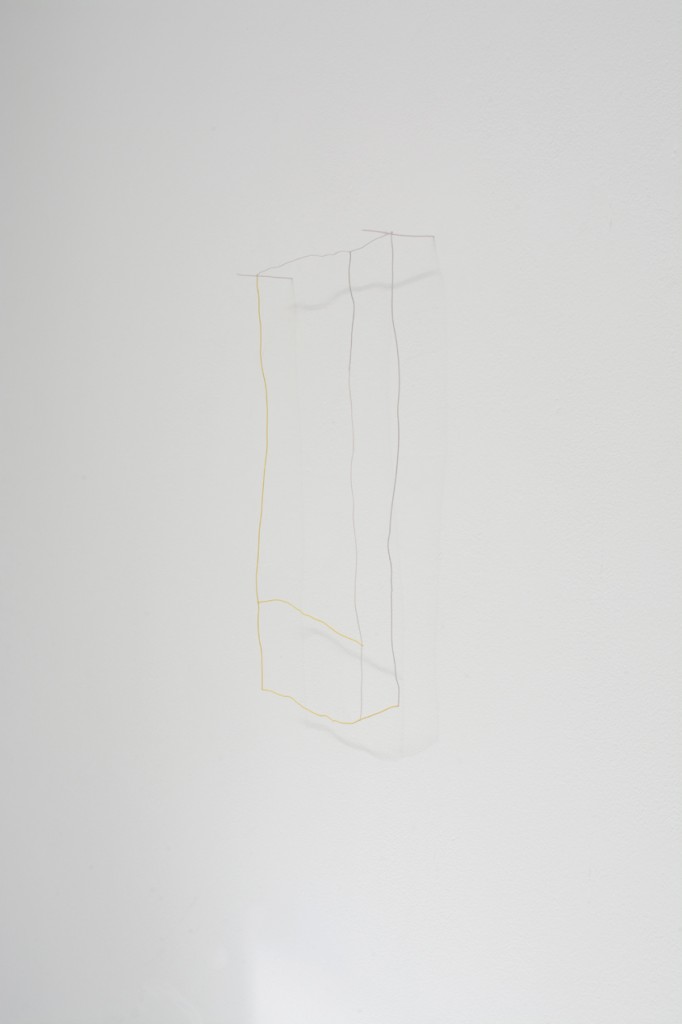 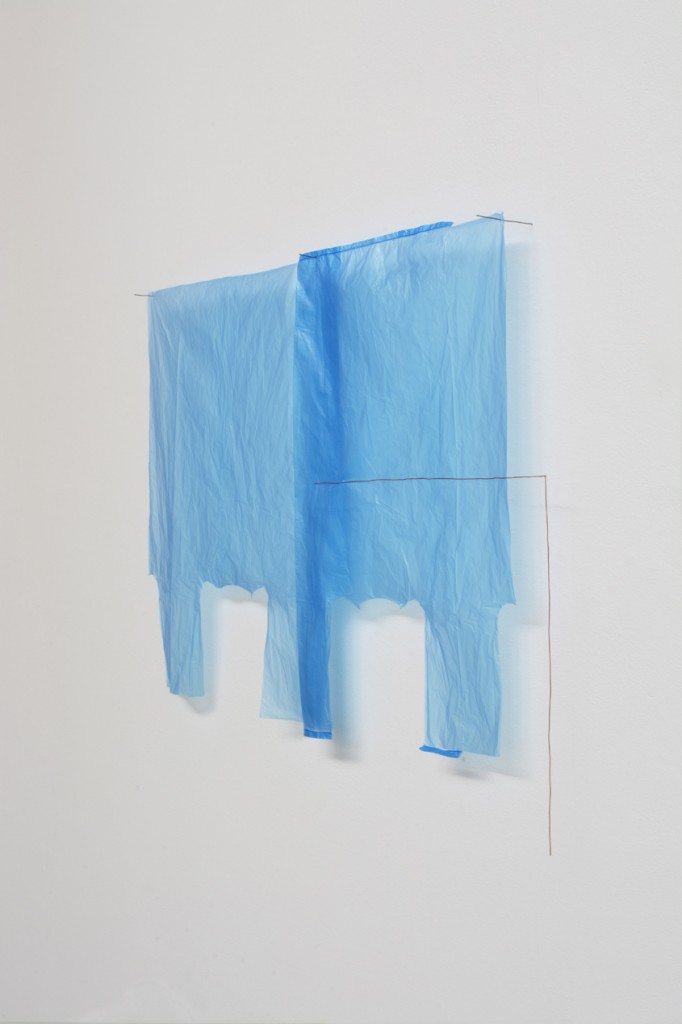 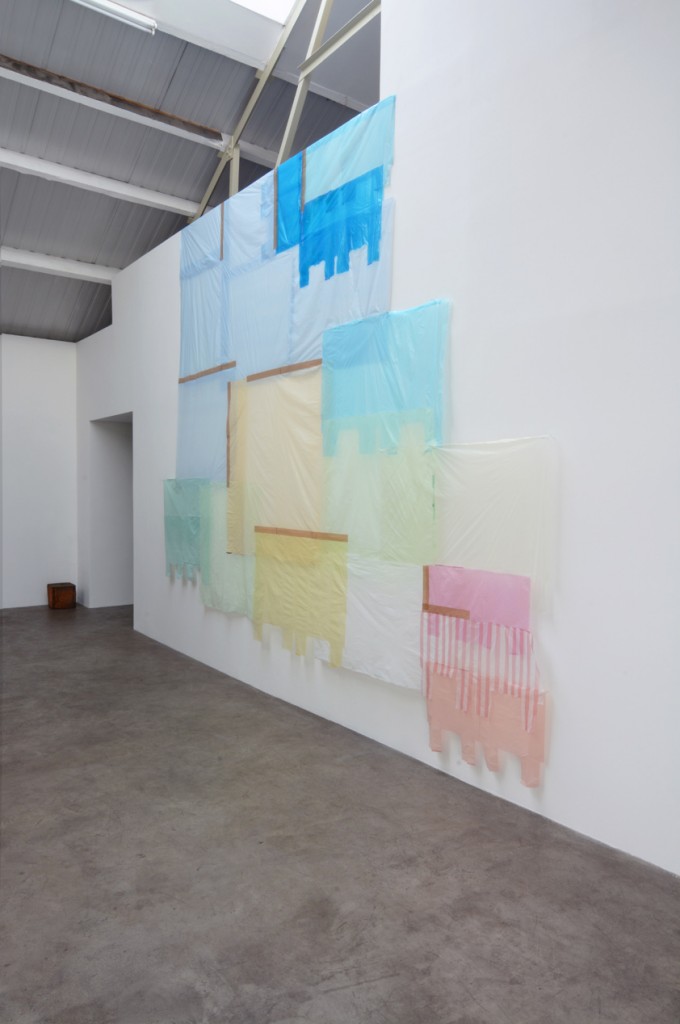 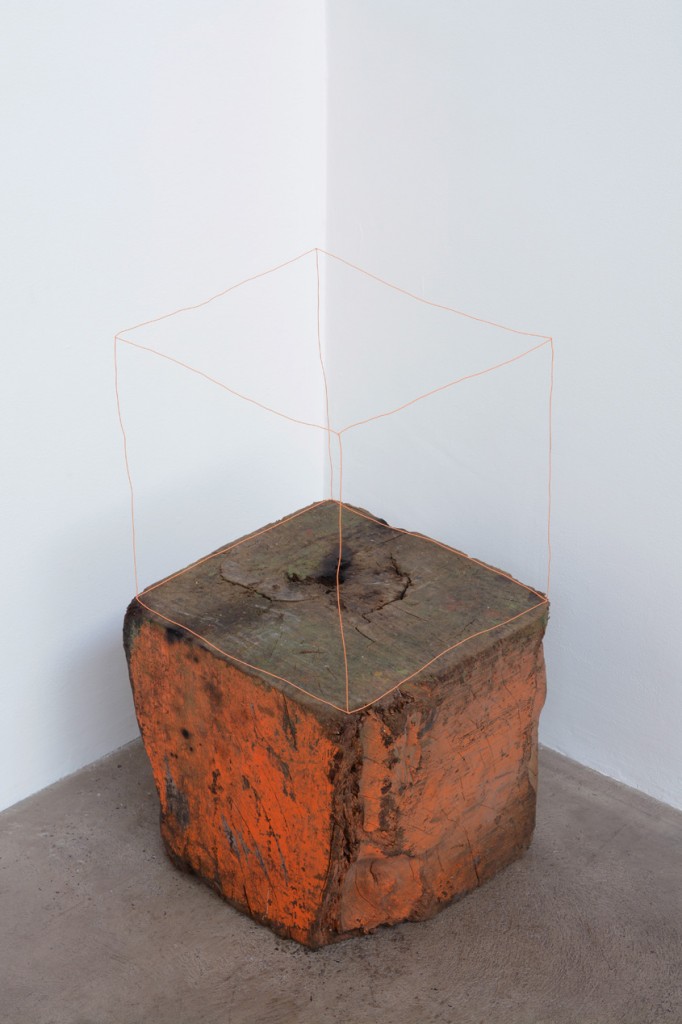