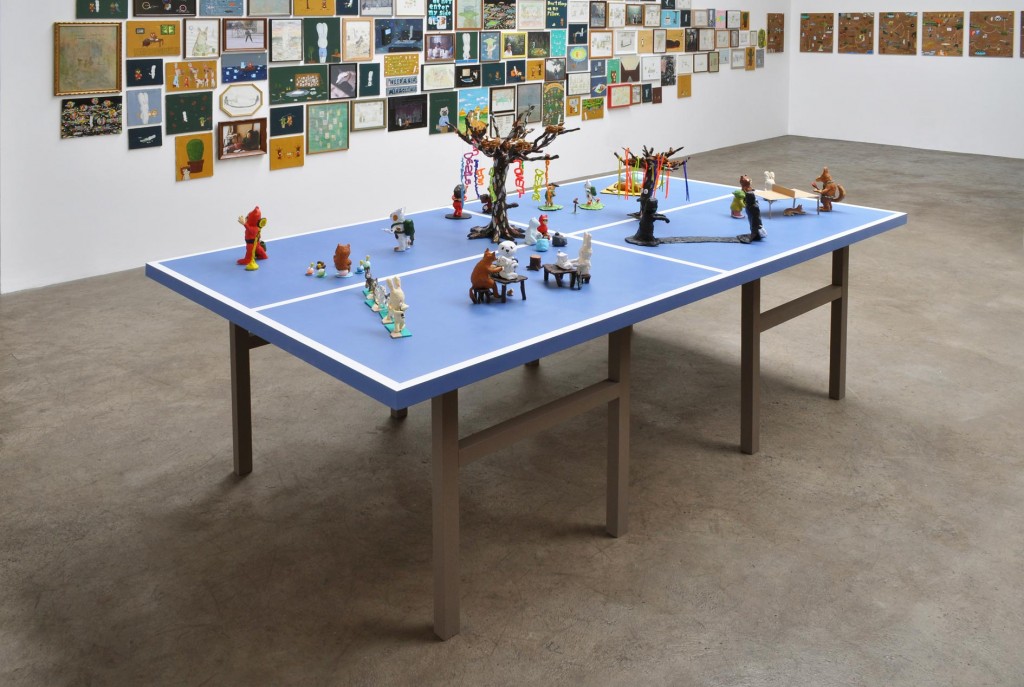 “Peirce wrote to Lady Welby: ‘Our idea of the past is precisely the idea of that which is absolutely determined, fixed, [a] fait accompli, and dead, as against the future which is living, plastic and determinable.’ ”1

Atsushi Kaga’s third – and near museum-scale – solo exhibition for mother’s tankstation could be seen as a perfect, if not subtly inverted/subverted, example of the late (and lovely) Arthur C. Danto’s2 core idea from his obscure, but arguably finest work, The Analytical Philosophy of History.3 Chapter Eight begins with a discussion of the passage between things, what Danto designates as narrative sentences, “…that refer to at least two time-separated events, though they only describe (are only about) the earliest event to which they refer. Commonly they take the past tense…” e.g. …If Atsushi Kaga hit that ball out of the park, well, it could have been, it would/will be… the finest, the most exciting of all sports moments, in the history of all time… I think you probably know where I’m going (?).4 Following this logic, a ‘sentence’ (constructed in my fevered imagination) that might attempt to describe Kaga’s purpose within this show might, somewhat misleadingly, say… I have noticed a concern – it’s unspecified and a little abstract, but through my now older eyes, I see terrible things, sad things – made all the more incongruous because they occupy time and space alongside joyous things – but nevertheless things that should never happen – ‘natural’ tragedies?: to stop which, I am going to do everything in my power to halt the future. Let us, you and I, defy the universe, the narrative structure of things and go on with our lives, happily backwards. This would/will be best. The past for Kaga, even an invented one, is equally alive and real (and perhaps preferable) to the present and future determined with the categorical finality of Charles Pierce’s note to Welby. In contrast Kaga’s vision of the past’s future is organic, malleable, a thing of change, everything to play for – pitch him that ball again…

The one hundred-and-fifty-or-so drawings, paintings and sculptures – interspersed with highly personal family photographs – that form this exhibition are all part of this long narrative sentence. It weaves its ways forwards, backwards, upwards, downwards and sideways, like tendrils though the fertile space of Kaga’s remarkably imagined universe. The conflation of Kaga’s stories, largely in image/test from, and ostensibly hung on one gallery wall forming a vast salon-hung ‘cloud’, or aptly, as Scott McCloud has described it, as “non-sequitorial” panel transition in the manner of Comics,5 wherein no sequential or other logical relationship between narrative panels is offered. But rather a connection is created in other subtle ways, an inference, implied merely by the geographic proximity of one thing to another. Subtle taxonomic relationships form; colours create cross-moods, looks connect/intersect, the tilt of a head echoes another, a sadness or joy is passed from one work to another. Every image contains either a preview of the next or a prologue to the last, simultaneously looking backwards and forwards as to how and why things are the way they are, have been or will become.

Much has already been written about the main protagonists, the Avatars of Kaga’s fantastical world, and if you are, dear reader, already one of his many devoted fans, I should not presume nor attempt to re-write the ‘histories’.  I need say little about Usacchi, the lovable but trickster bunny; Kumacchi, the dope-smoking, one-lunged, one-legged bear, upon whom all misfortunes heap; the hoards of (relatively) depressed lions; the comfortably-sleeping cats, the last one-eyed-pirate cat (on the sea), a dogmatic cat (This Way!), modernist-painting copy-cats, the caring, nurturing, sewing kangaroo, panda angels, lazy pandas, loads of pandas, business men (who have suddenly grown elephant heads), Samurai deer, Pinot-swilling, cigar-smoking, ice-melting polar bears, red-suited, knitting, incompetent super heroes, sexually liberated elevator girls, and a Yoda, yes, the little green Jedi, whose brilliance slowly slipping away with the onset of dementia. Yes, they are all here… but amongst Kaga’s gags, the fantastical, humanistic humour, the pure joy, there is an expression of pervasive sadness, the care for a lost world, a post-Tsunami/Fukushima Japan. But Kaga’s lateral and self-qualifying intelligence self-reflexively negotiates the very idea of sadness, by countering it with an inserted distance: you can almost hear him saying that Japan is a country in which he no longer lives, which somehow limits the validity of his commentary, but also creates the objective distance to comment upon commentary generated by his now distant idea of where home is, what it ever was.

Just to note again, this is a big show, and if you’re like me, a long-term-Kaga-fanatic, you might want to bring a Thermos and some sandwiches. A new artist’s book also accompanies the show.

1 Charles Sanders Peirce’s letters on philosophy and semiotics to Lady Victoria Welby (1903-1911) cited in Danto, The Analytical Philosophy of History, Cambridge:;Cambridge University Press, 1965. pg 143
2 Arthur C. Danto, RIP, died on October 25th at the fine age of 89, a gentle giant of analytical philosophy, to whom I owe the merest of my thoughts.
3 ibid. no.1
4 Incidentally, this tense has also been neatly described as the improbable conditional, sports-future-imperative.
5 Scott McCloud, Understanding Comics, The Invisible Art. New York; Kitchen Sink Press, 1993. pg 39 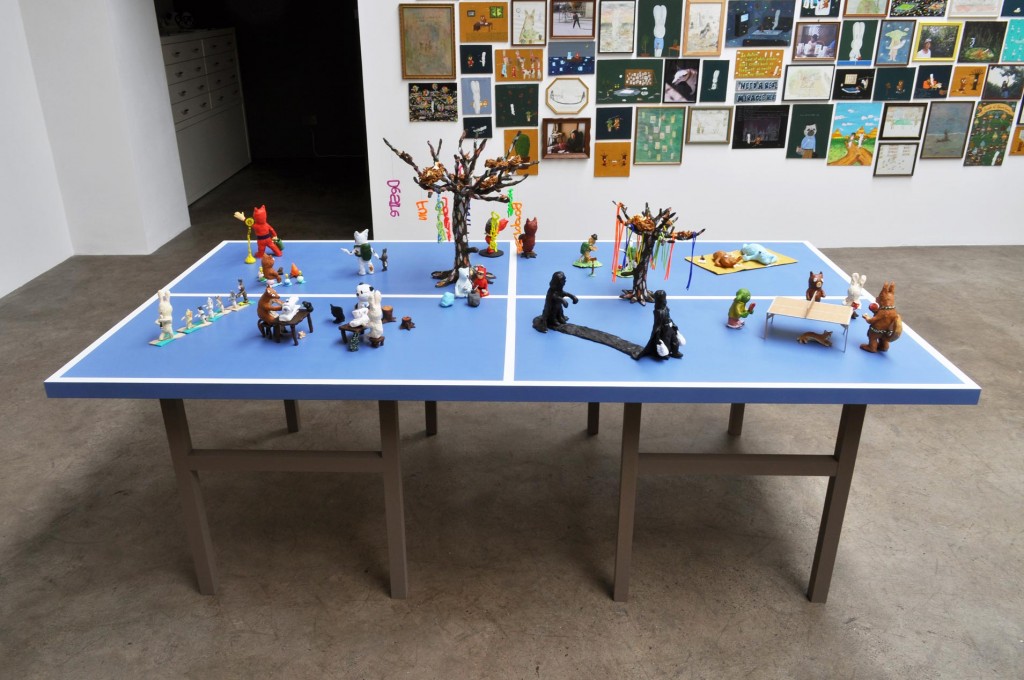 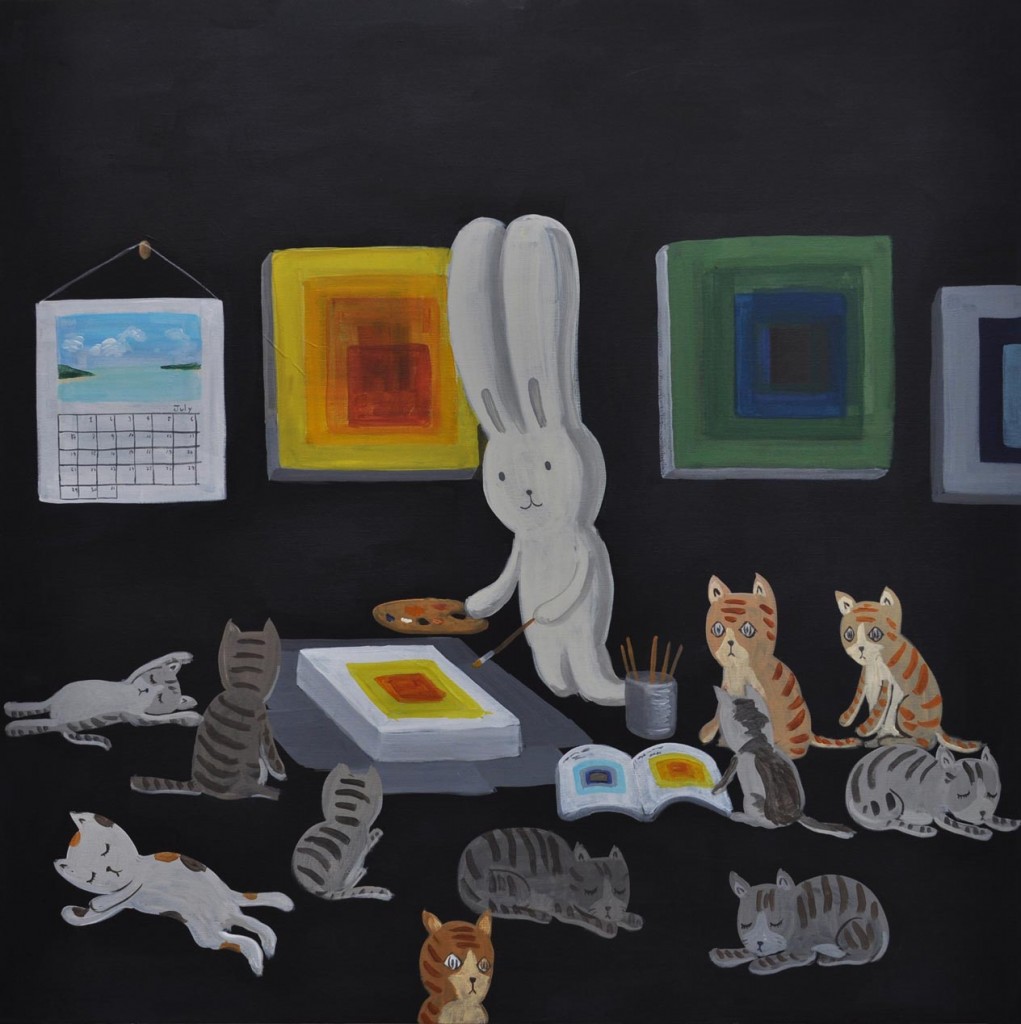 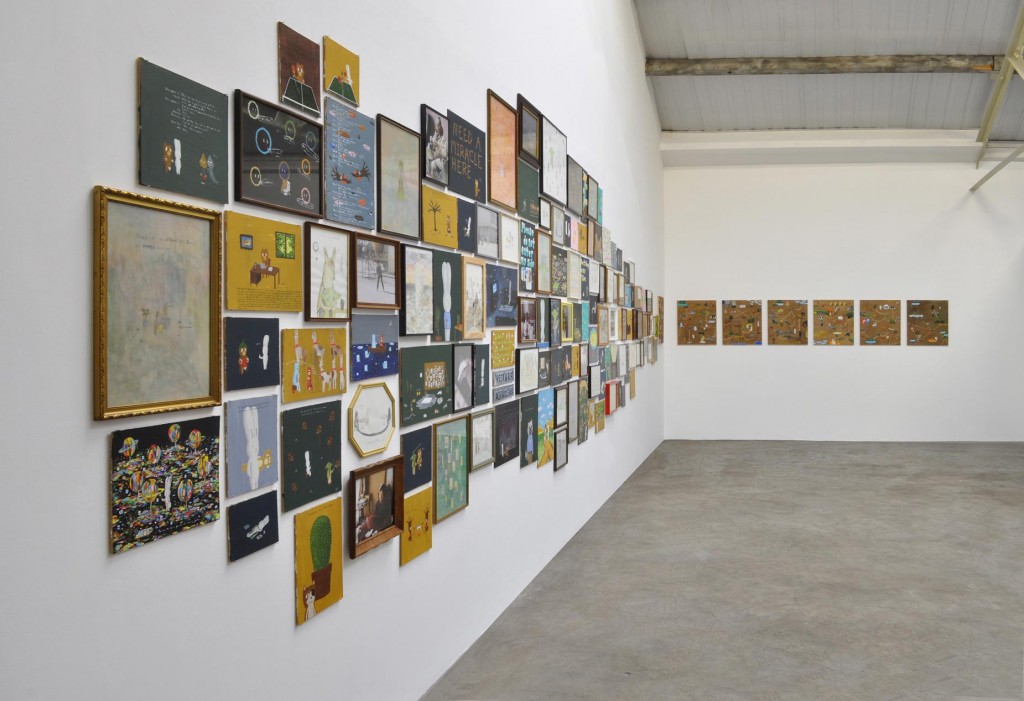 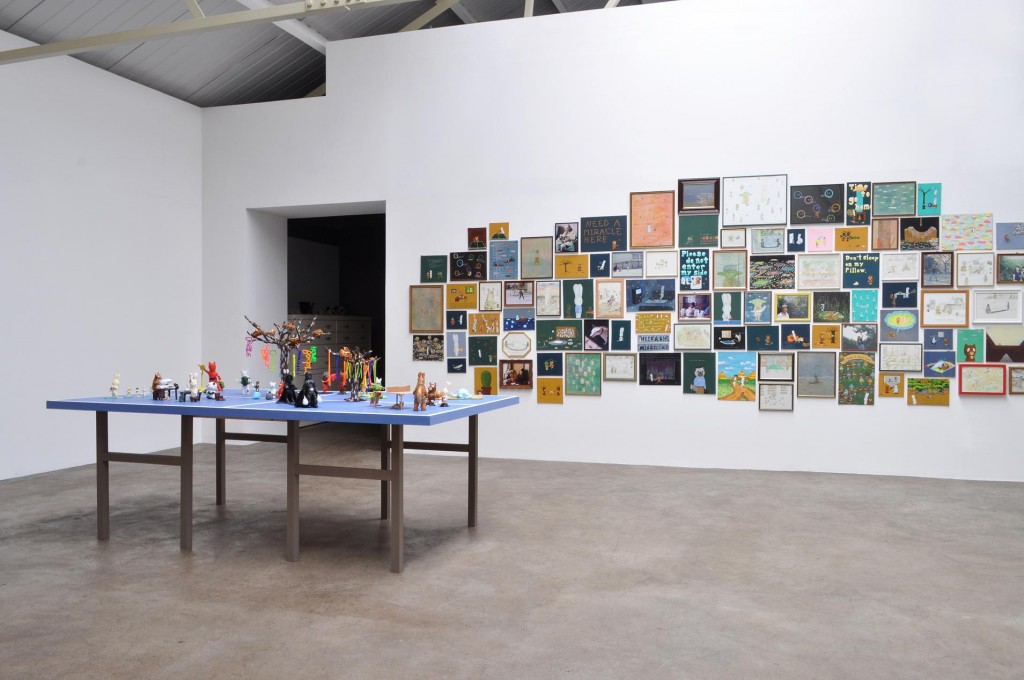 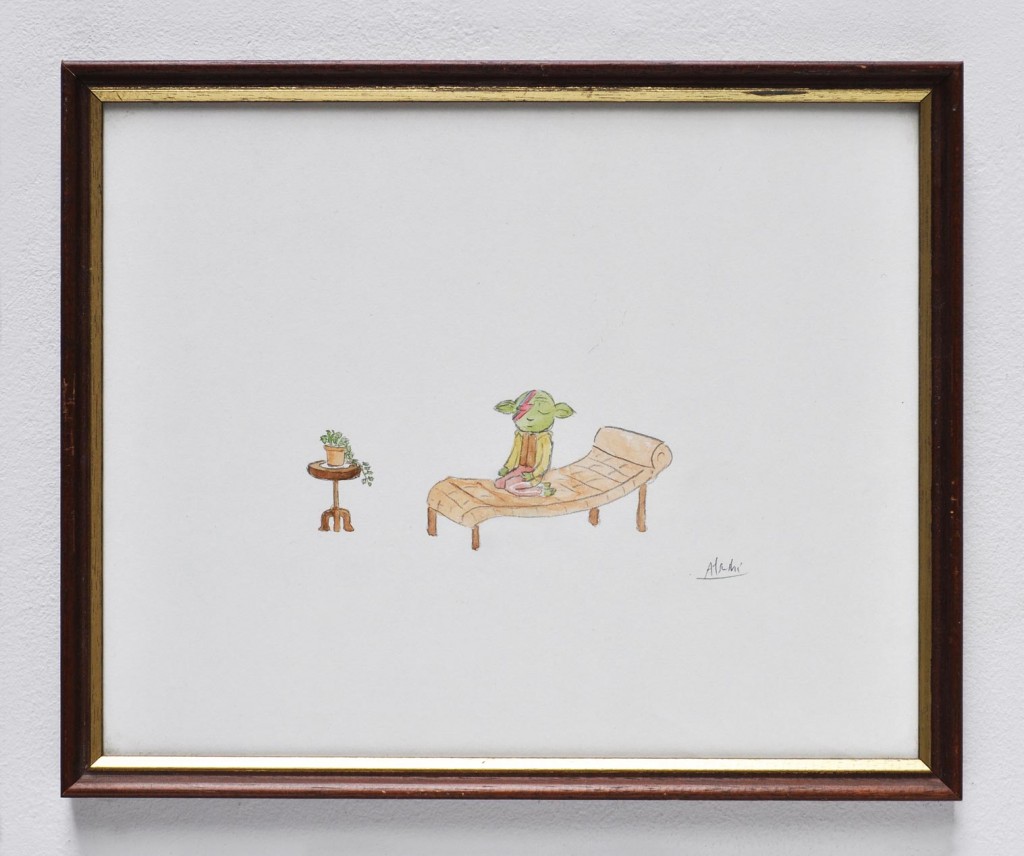 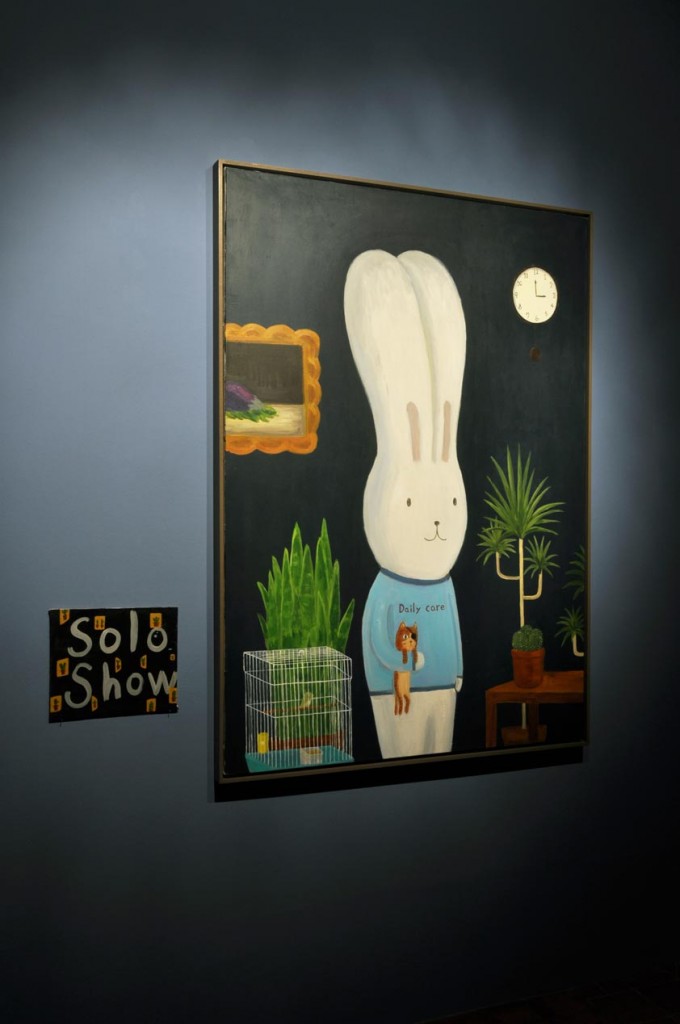 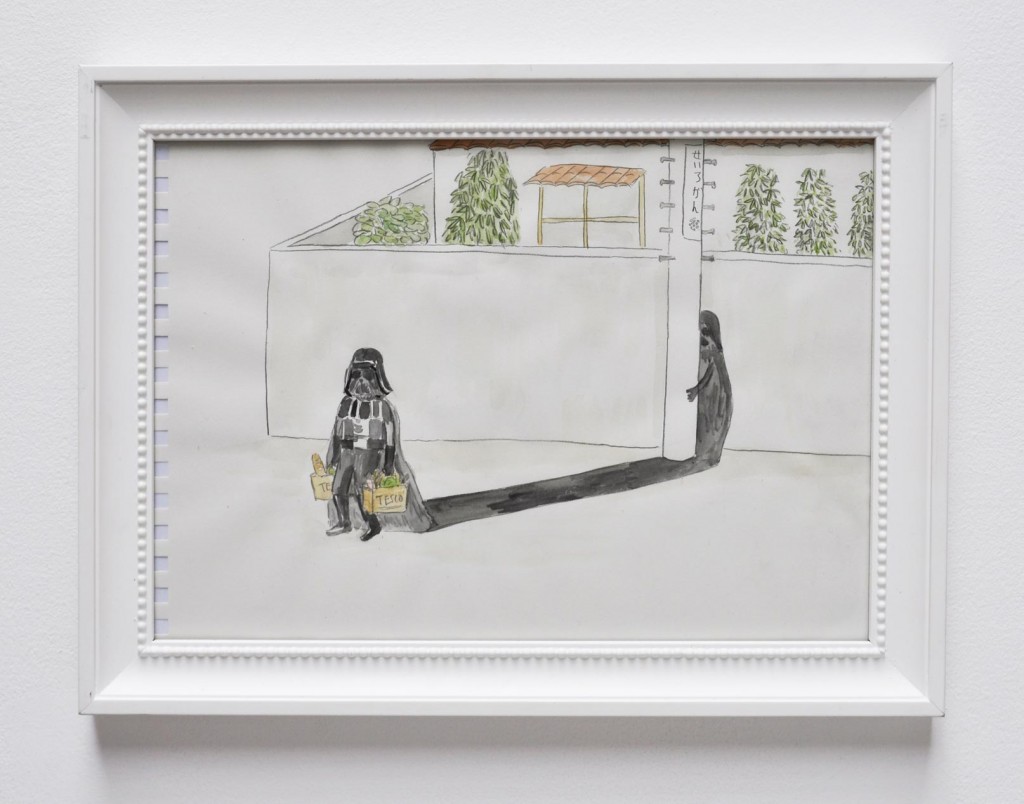 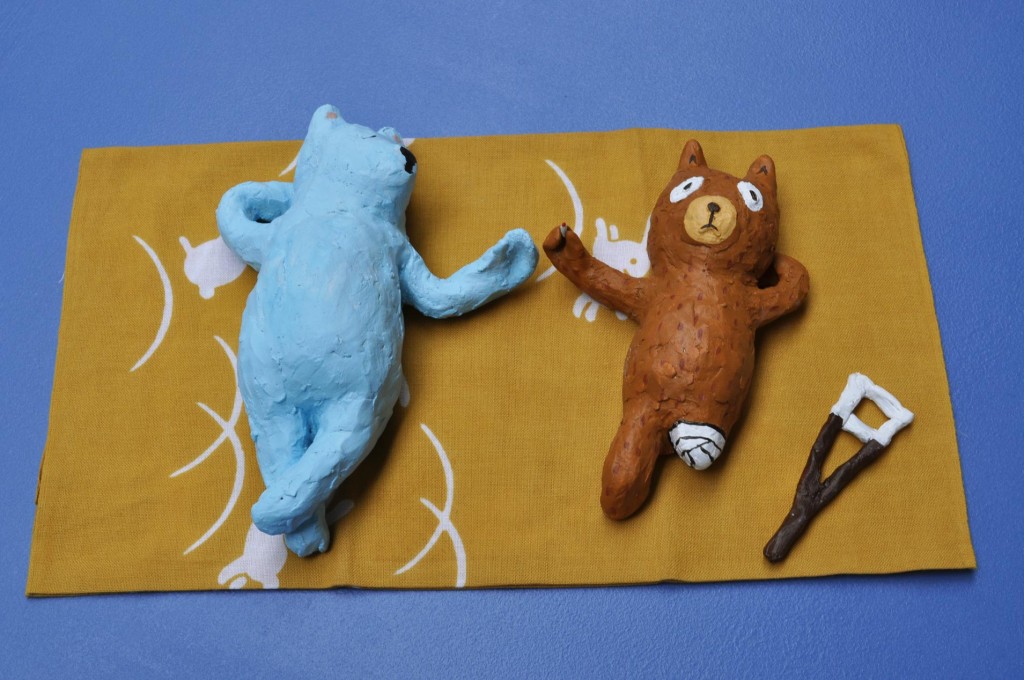 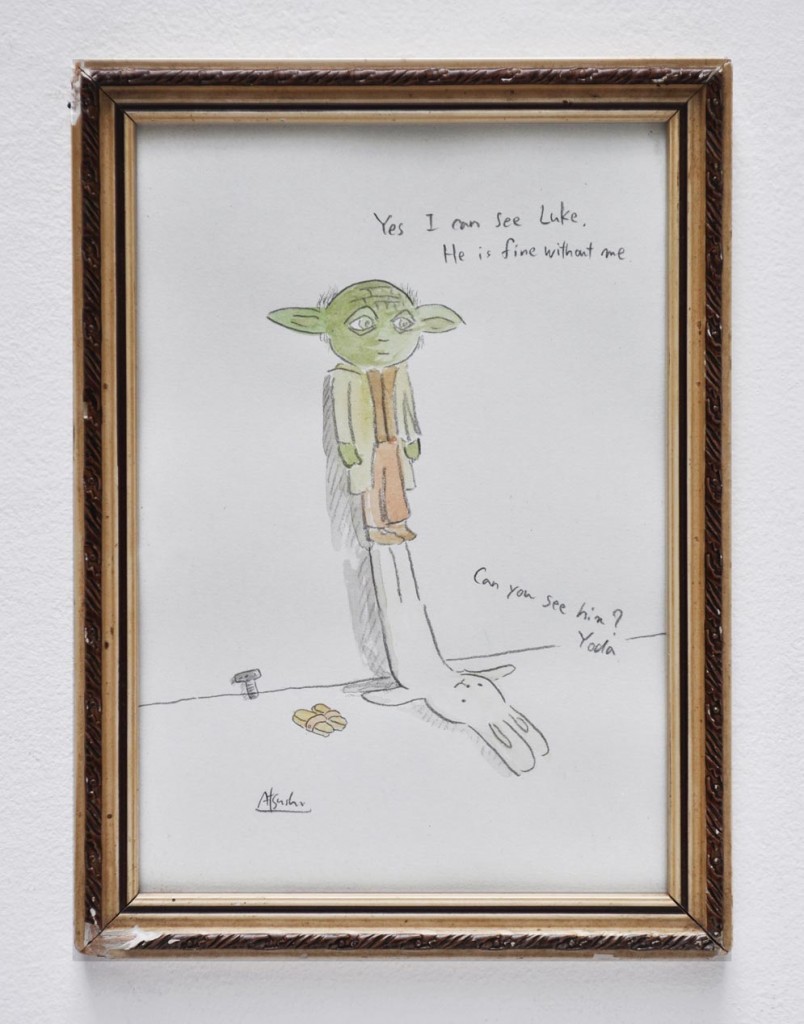 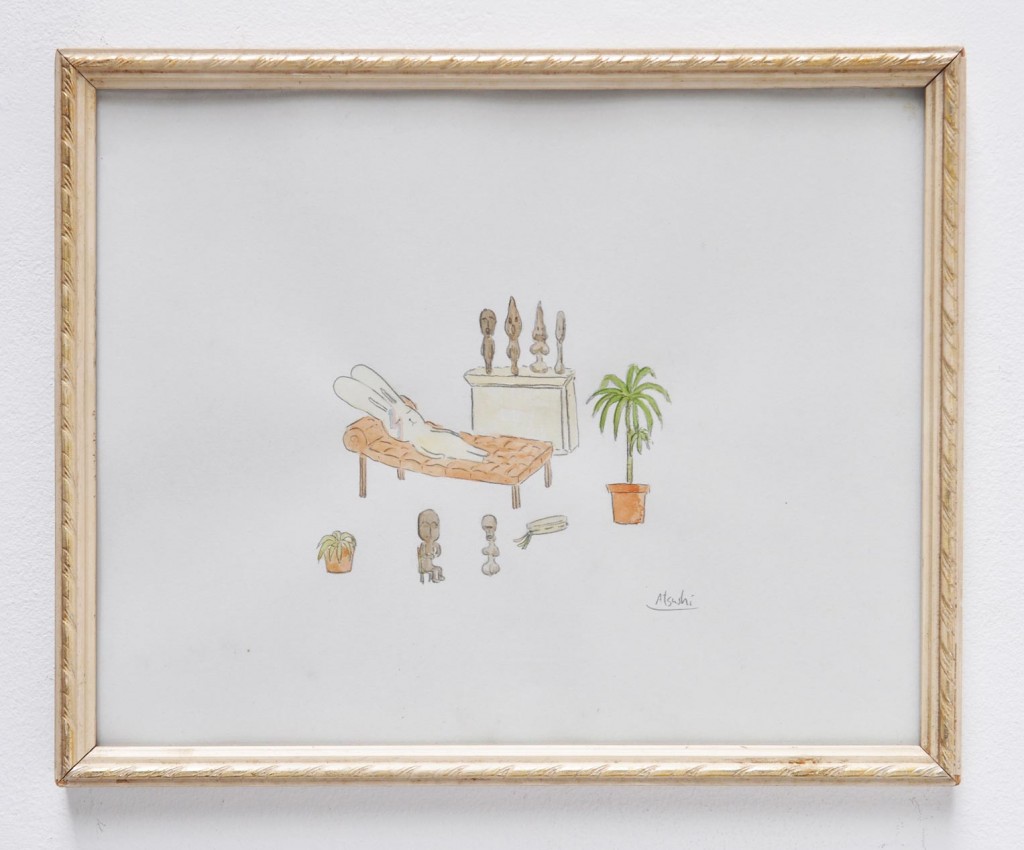 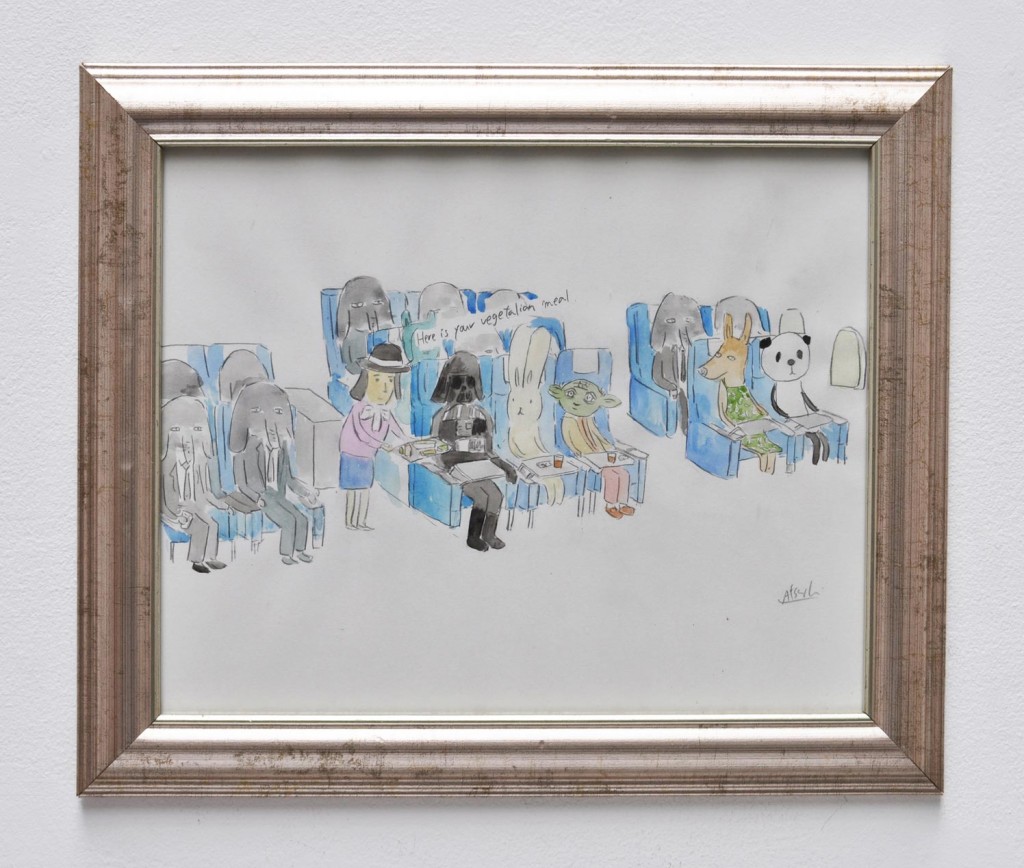 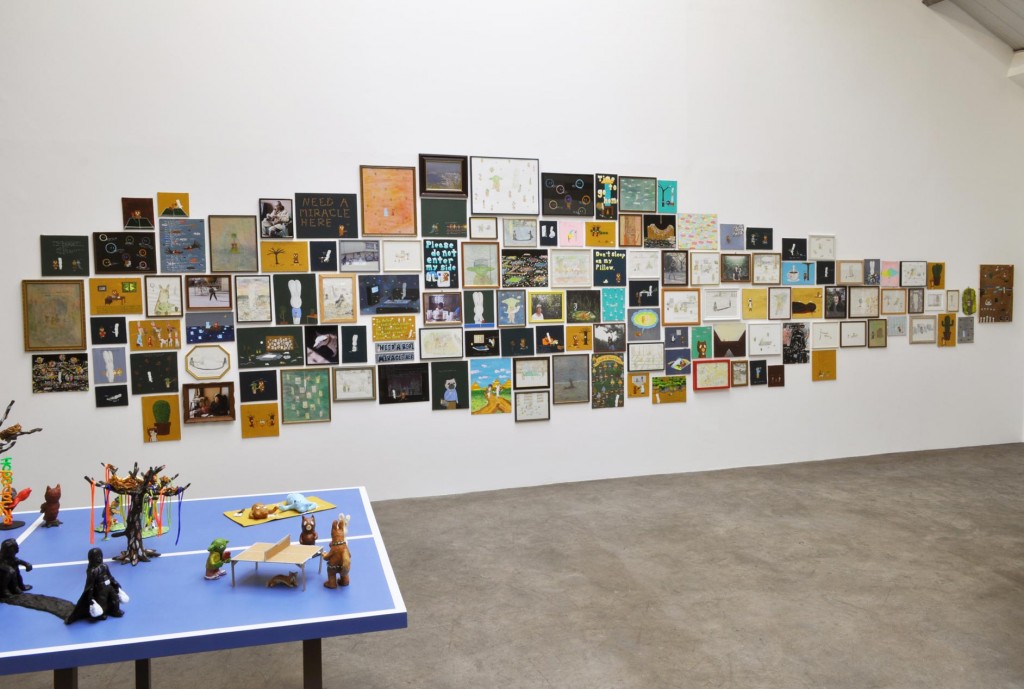