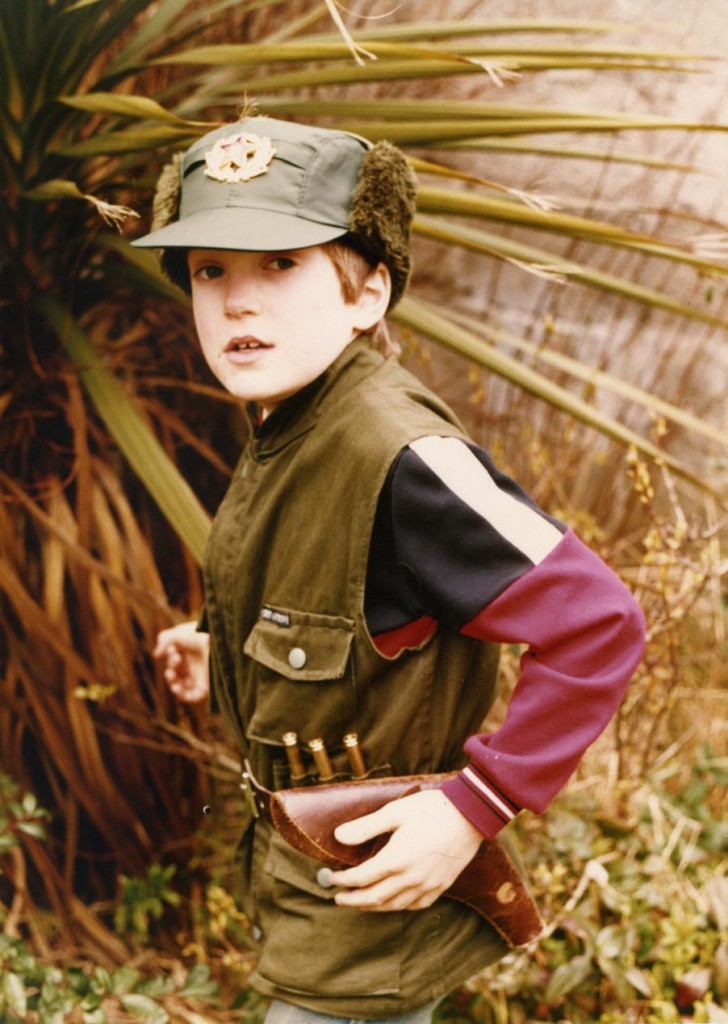 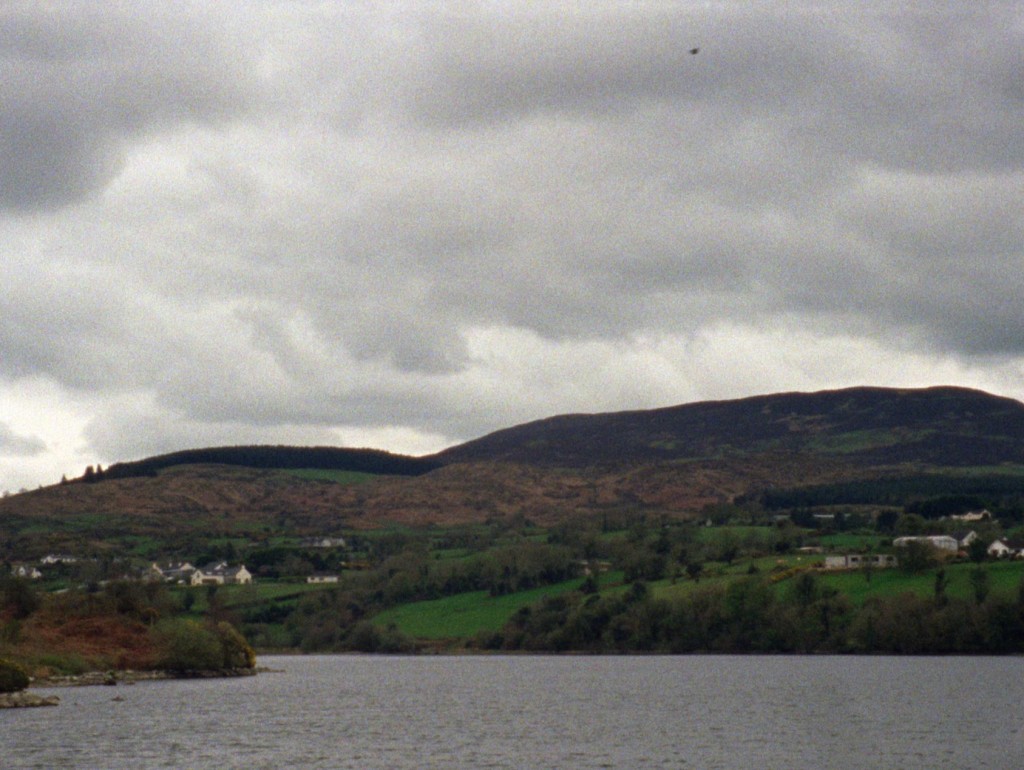 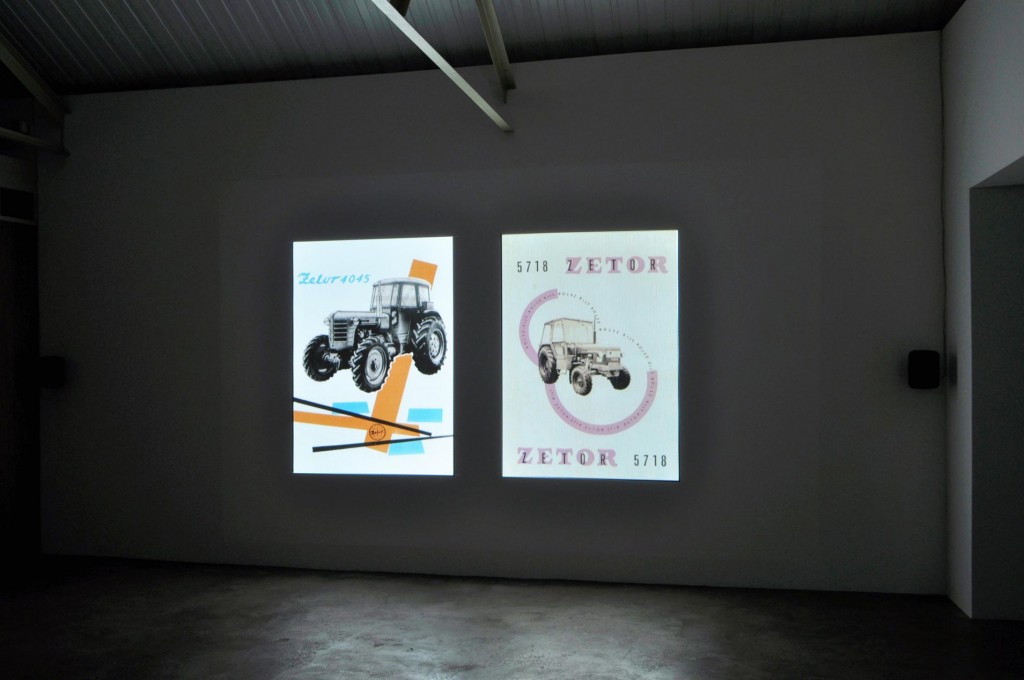 “It amounts almost to a manifesto: looking at something real and finding a way of expressing it”.1

In a recent interview the filmmaker Mike Leigh2, compared his experiences of studying drama at RADA and attending ‘life’ classes at Camberwell School of Art during the 1960s. One, he suggests, was predicated on the systematic, isolated learning and the staged, public performance of extant material, while, and in vivid contrast, the latter pitted twenty or so people working together in a room, one being a naked model, another a teacher, but both in different ways compelling a mixed group of ordinary people to explore inner resources and find personal methods of expressing an ineluctably evident, visceral reality.

Declan Clarke’s new work, Group Portrait with Explosives, does exactly this; it confronts and exposes the learning of life lessons; looking directly into (the lens of) real issues, to which it proposes original, personal and ingenius solutions. As the title, Group Portrait… might suggest, Clarke was orginally trained as a painter, firstly at the National College of Art and Design, Dublin, and then at Chelsea – alongside oft-times collaborator Paul McDevitt – but has subsequently been considered mainly as a cultural gatherer of research-based projects and only latterly, properly, as a quietly respected expert – an ‘artist’s artist’ – of alternative fim making. In Group Portrait with Explosives, Clarke clusters all his learning and experience, combining research techniques, sophisticated narrative and filmic skills accrued over a decade of practice – often delving into complex and culturally abstruse material – and invisibly welds it to real histories, with universal relevance but inniated from the core of his personal life and family narratives.

The result is a superbly crafted and compelling forty-two minute film, a making and viewing experience that exists because it has to. There is, of course, no formula for this, the making of a successful artisitic expression of something ‘real’, from which the must see art work results. Rather, these rare and precious things seem to have made themselves, or to have been beamed, complete, into place with little evidence of struggle or effort. Don’t be fooled. If there were any sort of hypothetical recipe, it might include the capacity to surprise, to entertain and engage, while handling complex socio-politic narratives, inextricable connected to the earthed humanity from which they inevitably arise, all tied up with the strings of objective grace, humour and a lightness of touch that can only be generated from self-(effacing) knowledge. The almost absurdist conflation of Declan Clarke’s understated work forms concentric links, connecting the former country of Czechoslovakia with the rural South Armagh, it’s notorious IRA Brigade, the early history of Czechoslovakian tractor production with structuralist and brutalist architecture, to the invention of Semtex, it’s manufacture and related smuggling, IRA bomb production, ‘peacekeeping’ and Clarke’s early fascination with militaria and his personal cache of wooden weaponary, and so back to tractors…

1 www.theguardian.com/film/2014/oct/05/mike-leigh-mr-turner-enigmatic-character
Kate Kellaway on Mike Leigh. The quote comments on Leigh’s remarks: “I remember standing in a life-drawing class towards the end of the year, in the summer of 1964, in what had been a Peckham infant school now used as an annexe. It was a room with about 20 kids in it. There was a great working atmosphere, it was intense, there was a commitment, something going on… I remember looking around the room and thinking: we never experience this at drama school, for one second, because here everyone is looking at something real and finding a way of expressing it. And that meshed with thoughts I had on the go about the possibility of what actors could do, and film-making and making theatre in an organic way.” 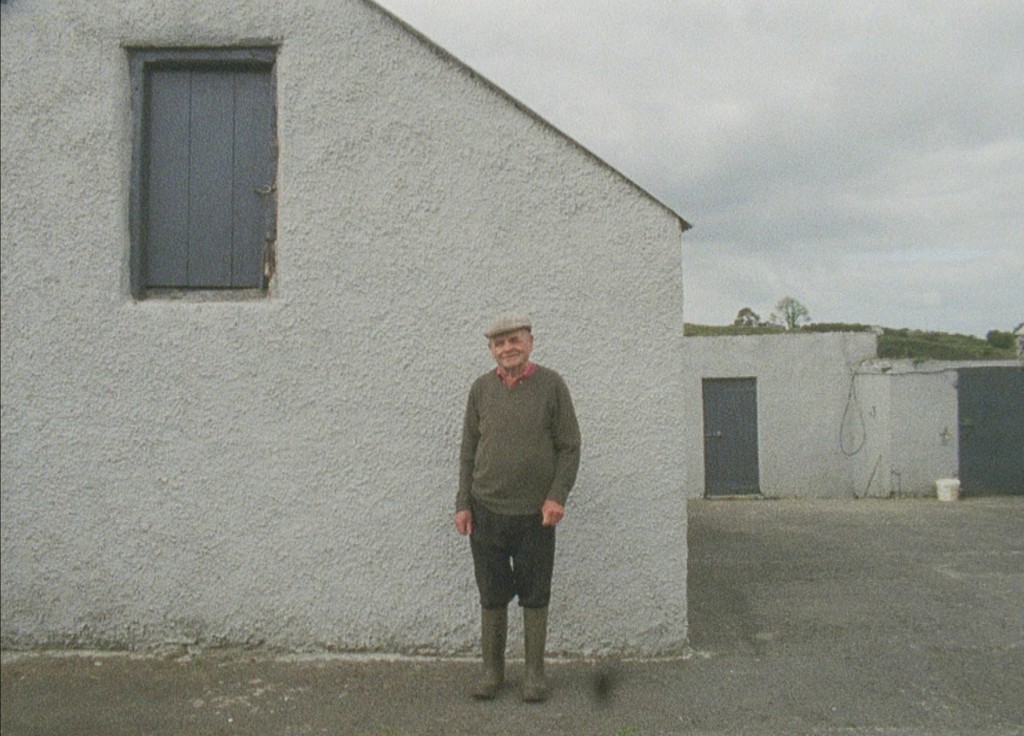 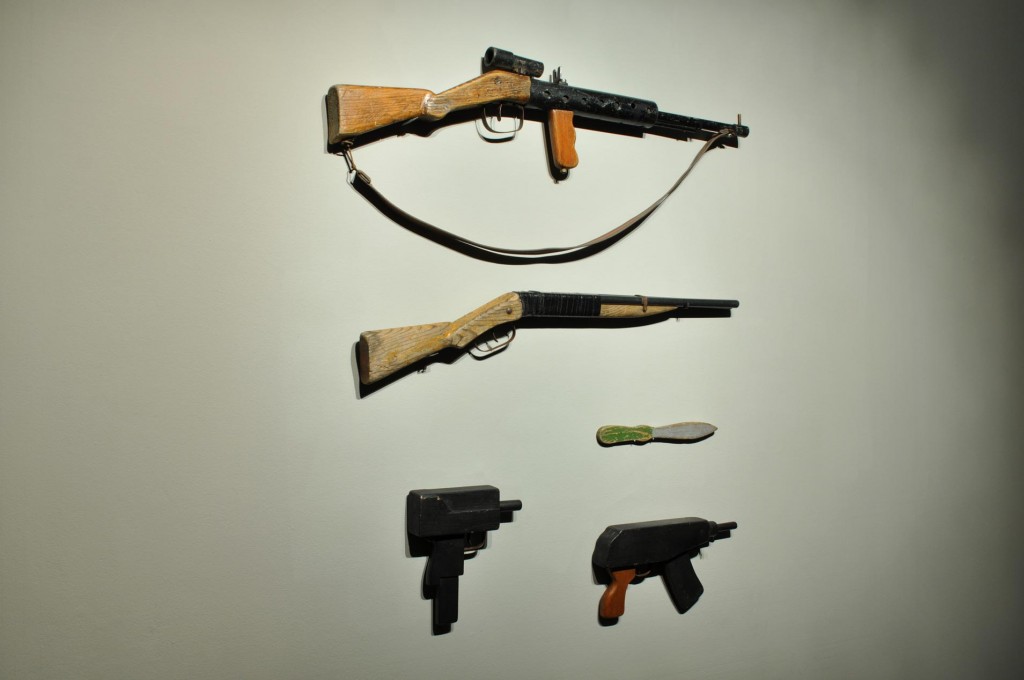 Declan Clarke Group Portrait with Explosives
A collection of weapons made for the artist by his father, Paddy Clarke, during the late 1970’s and early 1980’s. The shot gun was based on the design of that owned by his father’s older brother; the machine gun, top, was made according to a design of the artist circa 1982, and was a cross between a Soviet made PPD-40 machine gun (1935-45 – the precursor to the AK-47), and a British made Sterling submachine gun (1944-1994). The machine pistols are replicas of a US made Ingram MAC-10 (1970-present) bottom left, and a Czechoslovakian made Škorpion vz. 61 (1961-present), bottom right. The throwing knife was a design by Paddy Clarke. 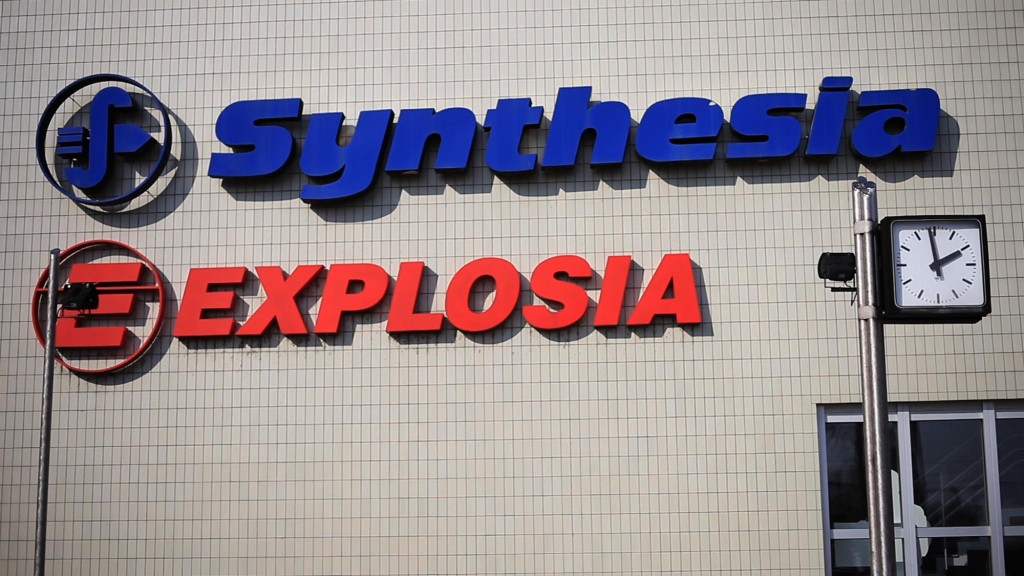 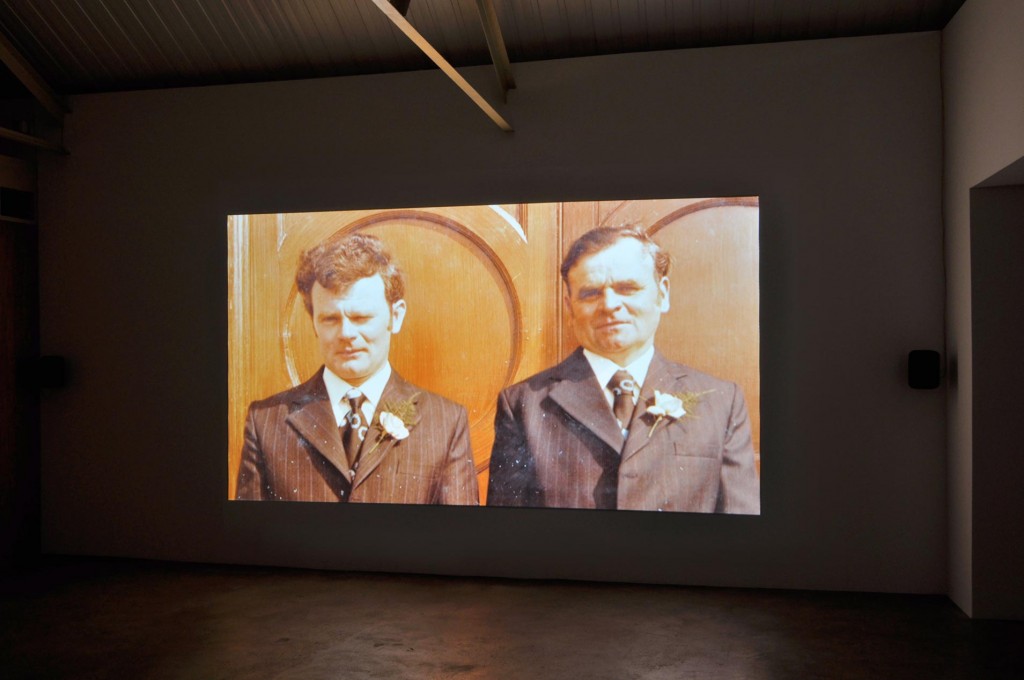 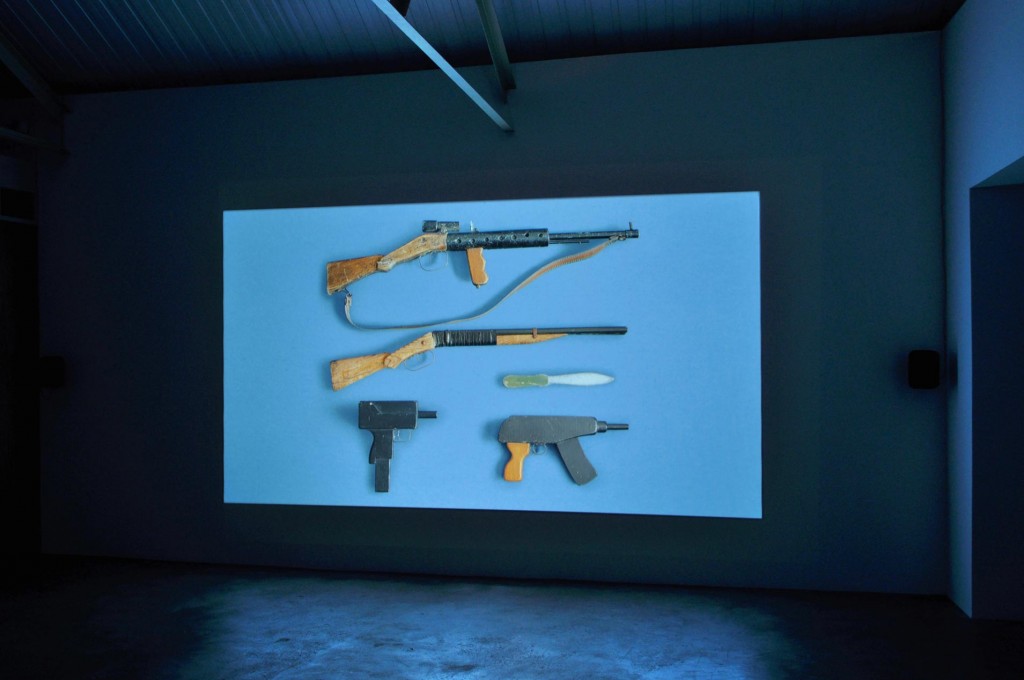 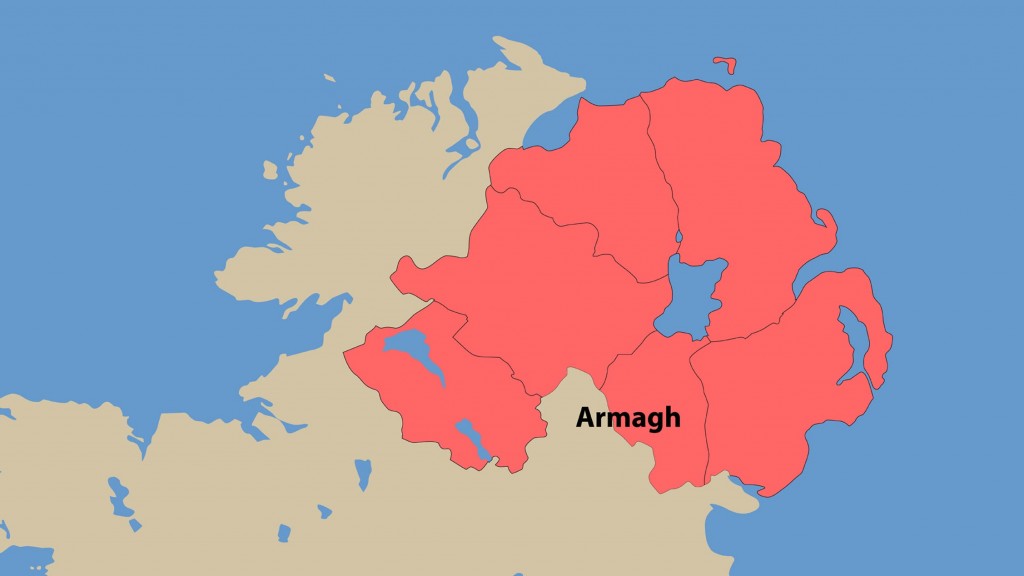 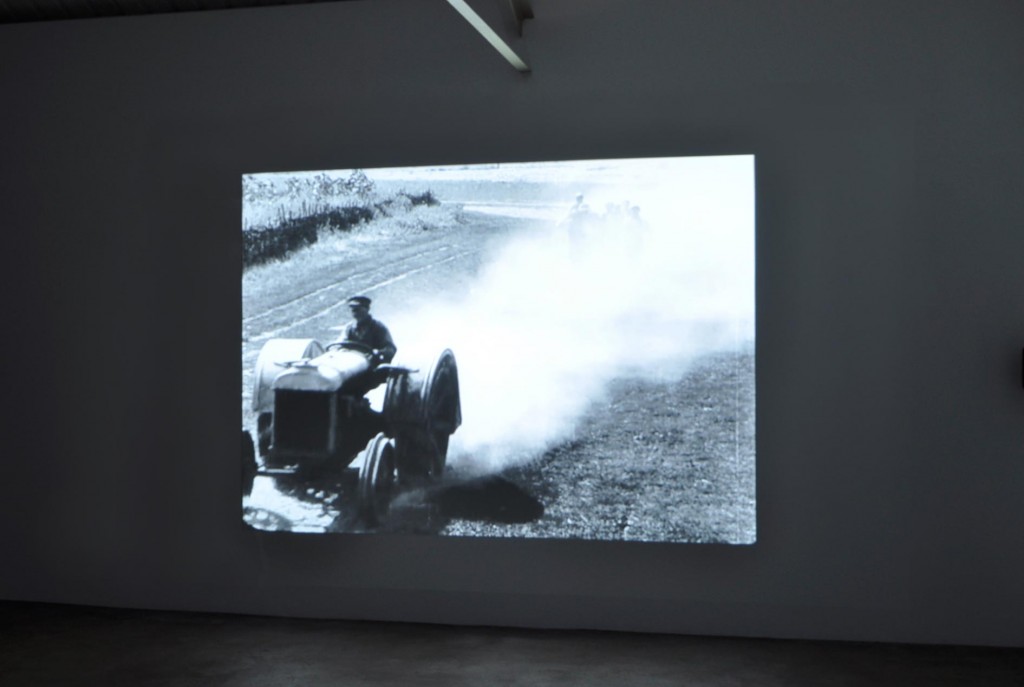