Getting on mother’s nerves – psychological drama and contemporary drawing 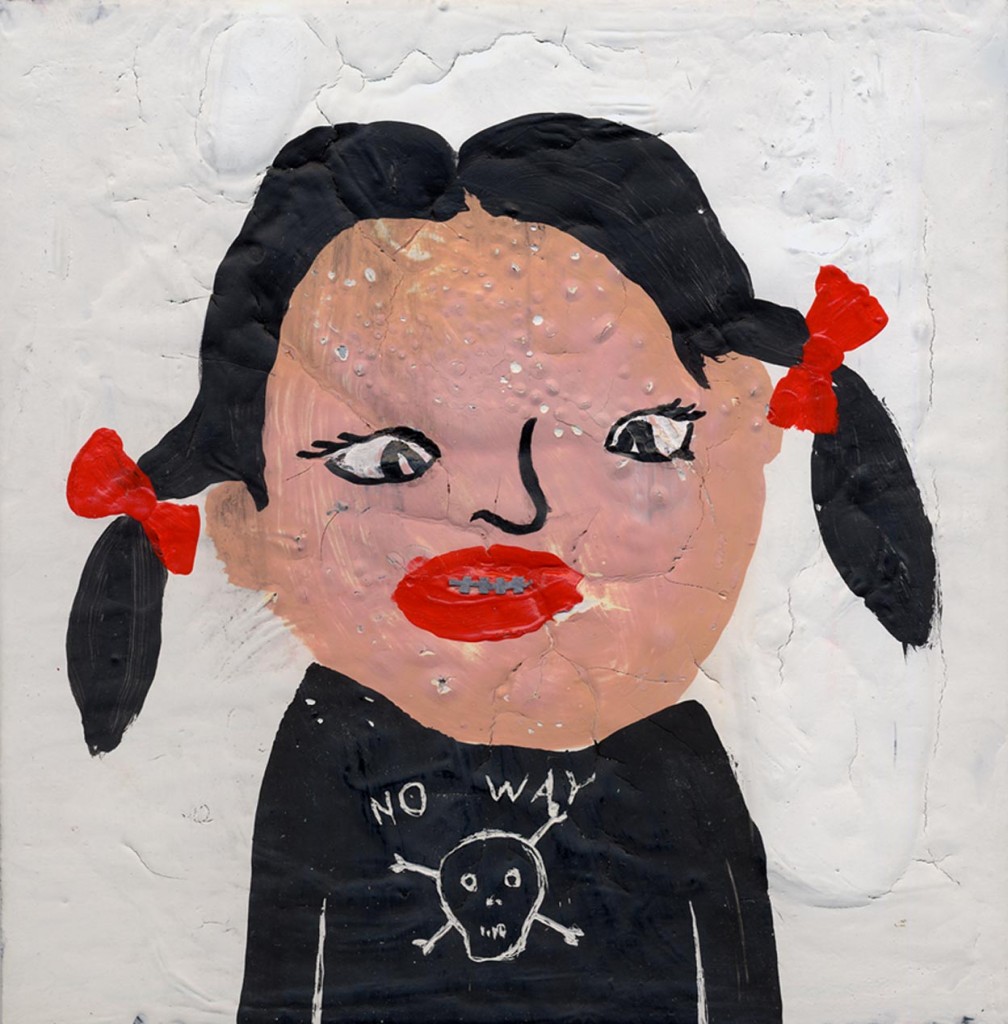 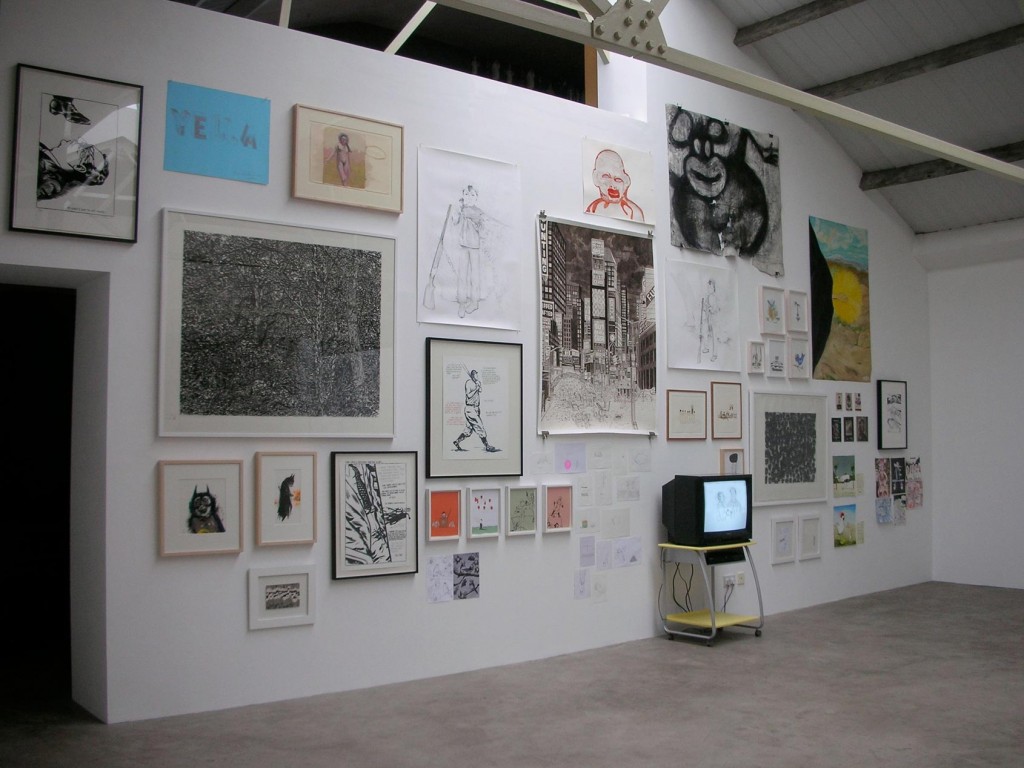 Getting on mother’s nerves – psychological drama and contemporary drawing

Over the past few years the art world has witnessed an extraordinary interest in drawing, which may seem at odds with the modern digitally dominated world.  There are many potential explanations for this phenomenon, one compelling argument is that in a post 9/11 world much of the art audience is searching for something urgent and ‘meaningful’, expressed through the simplest medium – the human imagination and pen and paper. Getting on mother’s nerves in no way intends to be a museum survey of such concerns but rather tries to source great drawings in the manner of which an artist might collect other peer group artists’ works, simply by a feeling of admiration for draughting or narrative skills, or an empathy for their subject matter.  Getting on mother’s nerves is structured upon a very personal taxonomic categorization; the exhibition curators have a personal fascination with hovering malevolence, therefore this particular penchant is inflicted upon the show and it’s audience. Sorry.

On a more objective note the artists involved in this project are indicative of an apparent shift in contemporary drawing, as Richard Serra might put it, from verb to noun, from doing to being.  The drawings in the show are structured around linguistic or codified narratives, rather than ostensibly being about the act of their own creation. William Hogarth once stated that it was more important for the artist to perfect his/her own pictographic language of that which s/he was able to express and communicate, rather than to endlessly struggle with the incommunicable tangle of the ‘real’ world. If a drawing could be understood to be a depiction of a man hanging from a tree, that’s all that really mattered, as if placed side-by-side, the actual emotional experience of a hanging would be so impossibly distinct from its ‘representation’ that one simply acts as a pictographic cipher for the other.

At the core of Getting on mother’s nerves and ‘hanging’ in the gallery entrance space is an impression of 1638 Rembrandt etching of Eve offering the forbidden apple of knowledge to Adam, who recoils in horror (for some reason there also happens to be an elephant in the background). This physically unflattering image – the bodies are aged and (very) unidealised – is art historically considered to be an important early graphic depictions of intense psychological drama, and thus functions as an emotional spring board for all the ‘newer’ works in the show. The contemporary artists included in Getting on mother’s nerves are selected for their capacity to make drawings that are also powerful expressions of ideas, making each piece a sign for something greater than the actual sum of its actual parts. Numerous examples can be cited; Neil Farber’s drawing of room of vampires is of course not a drawing of real vampires, it couldn’t be as they are inherently a literary concept. Neither Nayland Blake nor Atsushi Kaga is actually a rabbit! Raymond Pettibon’s image of ‘Babe Ruth’ does not attempt to resemble Ruth in person, but rather employs the idea of ‘Ruth[ness]’ as a metaphor for a notional ideal of pure human enterprise and ambition, and reflects, consequently, upon our own failure to achieve aspirational or socially imposed goals.  Noel McKenna’s images of suburban Australia are not merely illustrations of quaint, vernacular and nostalgic architecture and topiary, but claustrophobic and dark imaginings of a post-colonial hinterland psyche.  Likewise Jesse Bercowetz and Matt Bua find endless graphic equivalences for the paranoia they feel in the political air surrounding them in present day America.  Things are not what them seem, just below the paper surface lays the true nature of these works, the codified signifiers of the inner psychological dramas of the artists.  Read them and weep.

Getting on mother’s nerves includes the work of: 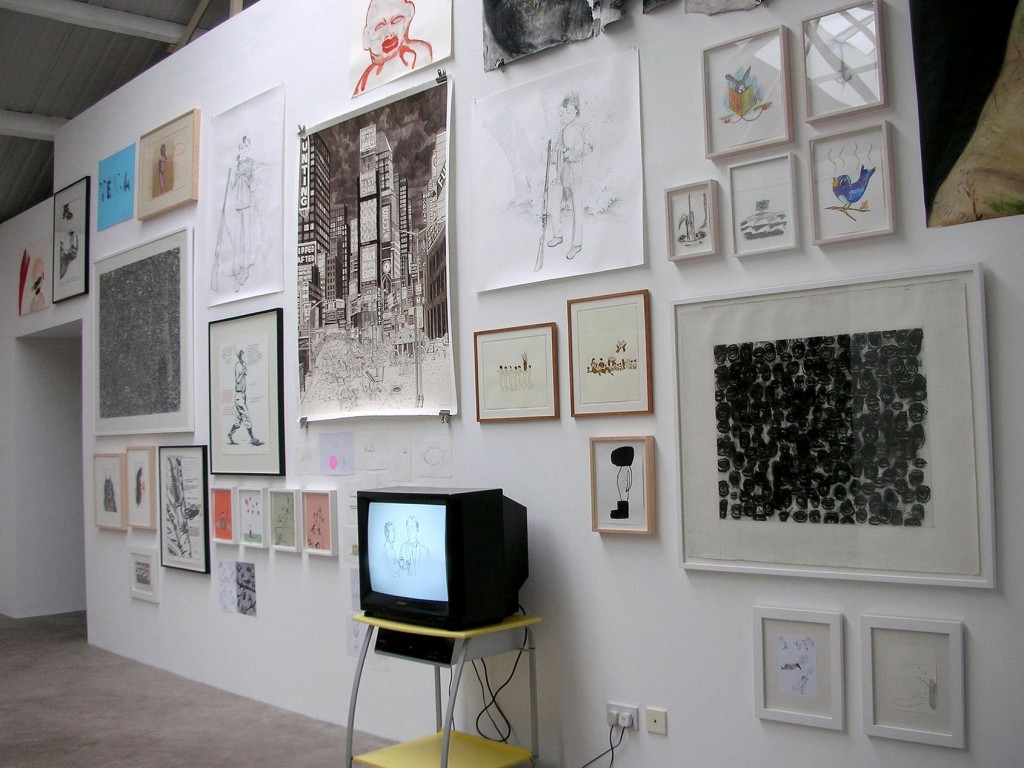 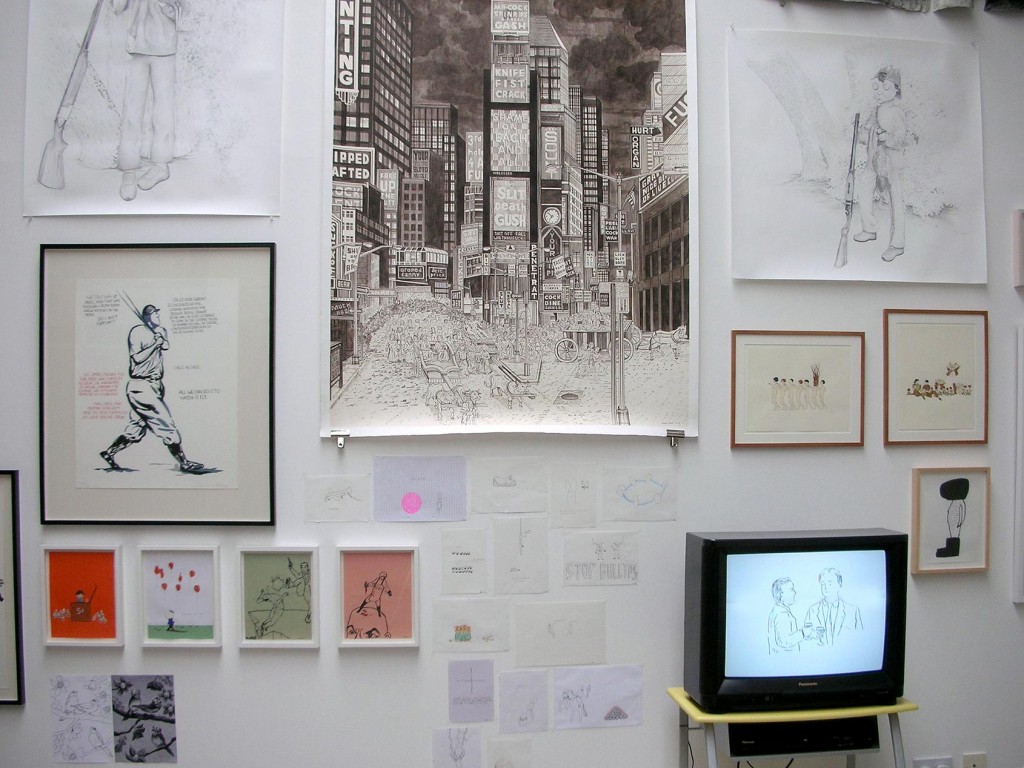 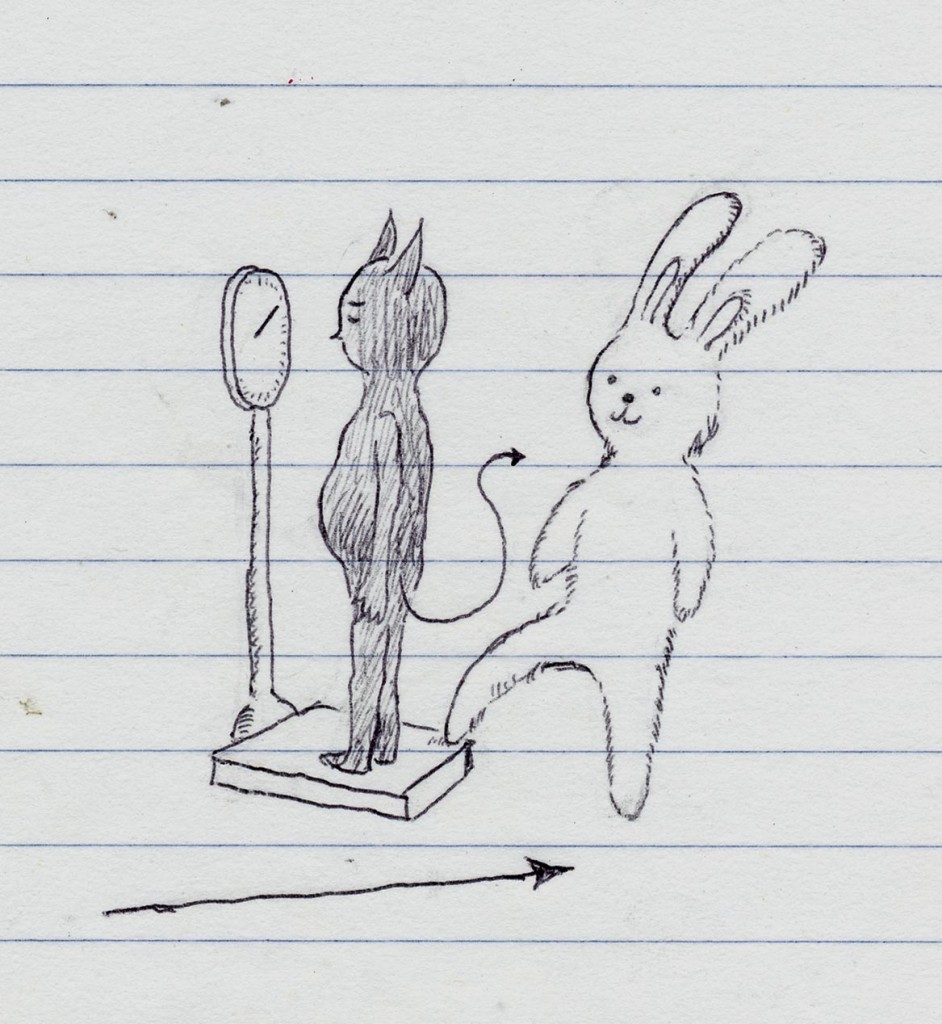 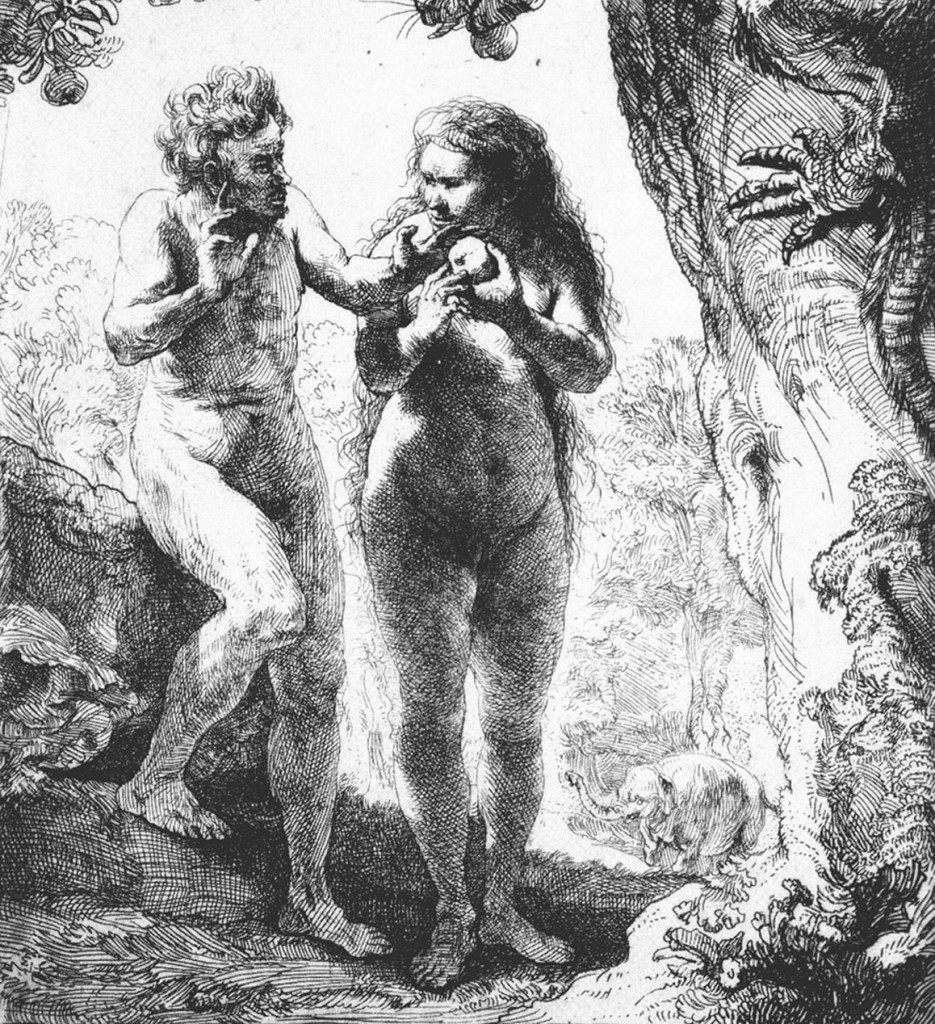 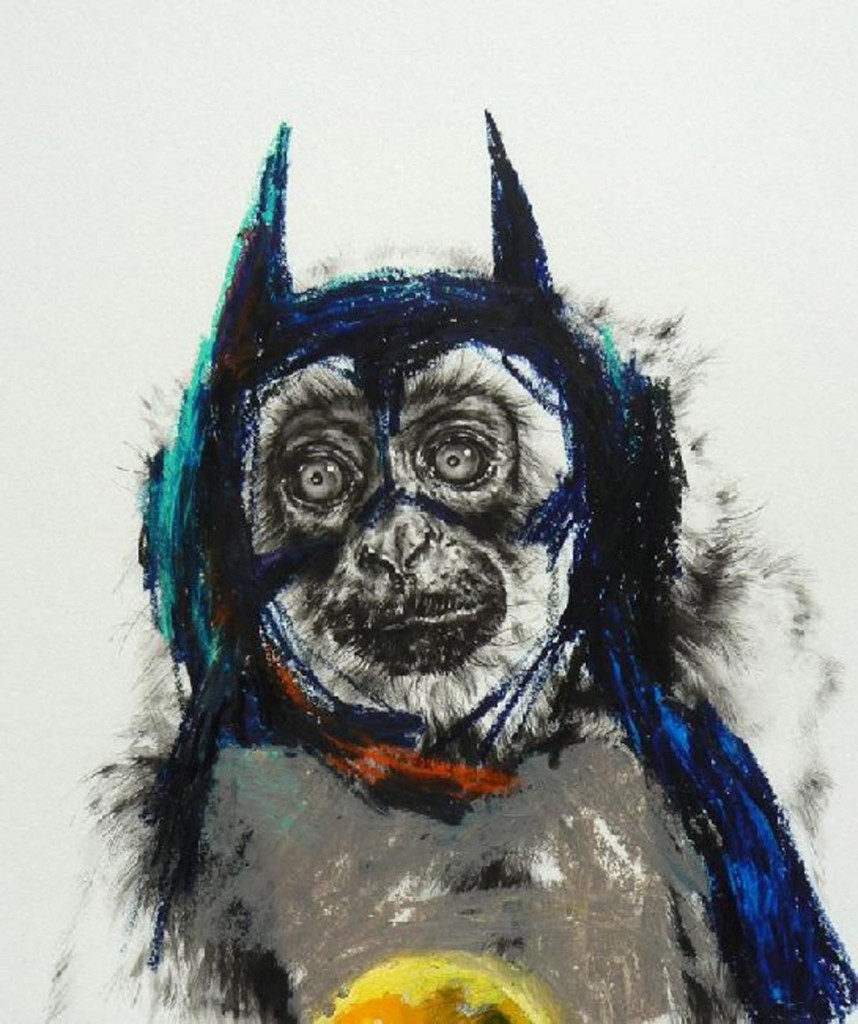 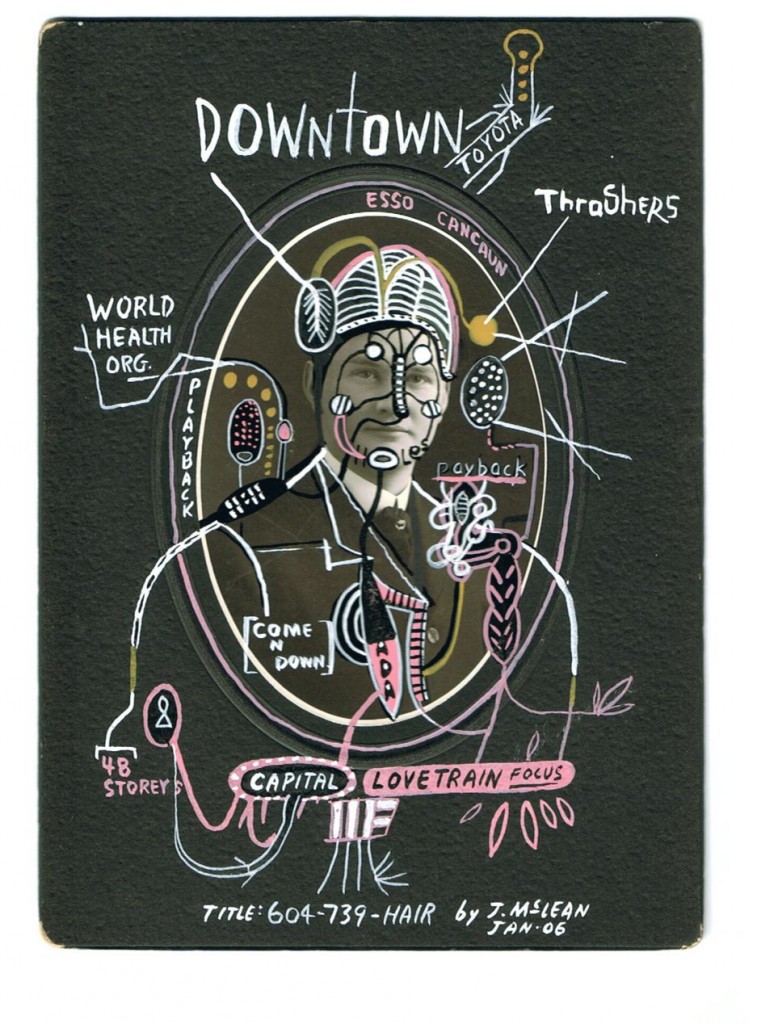 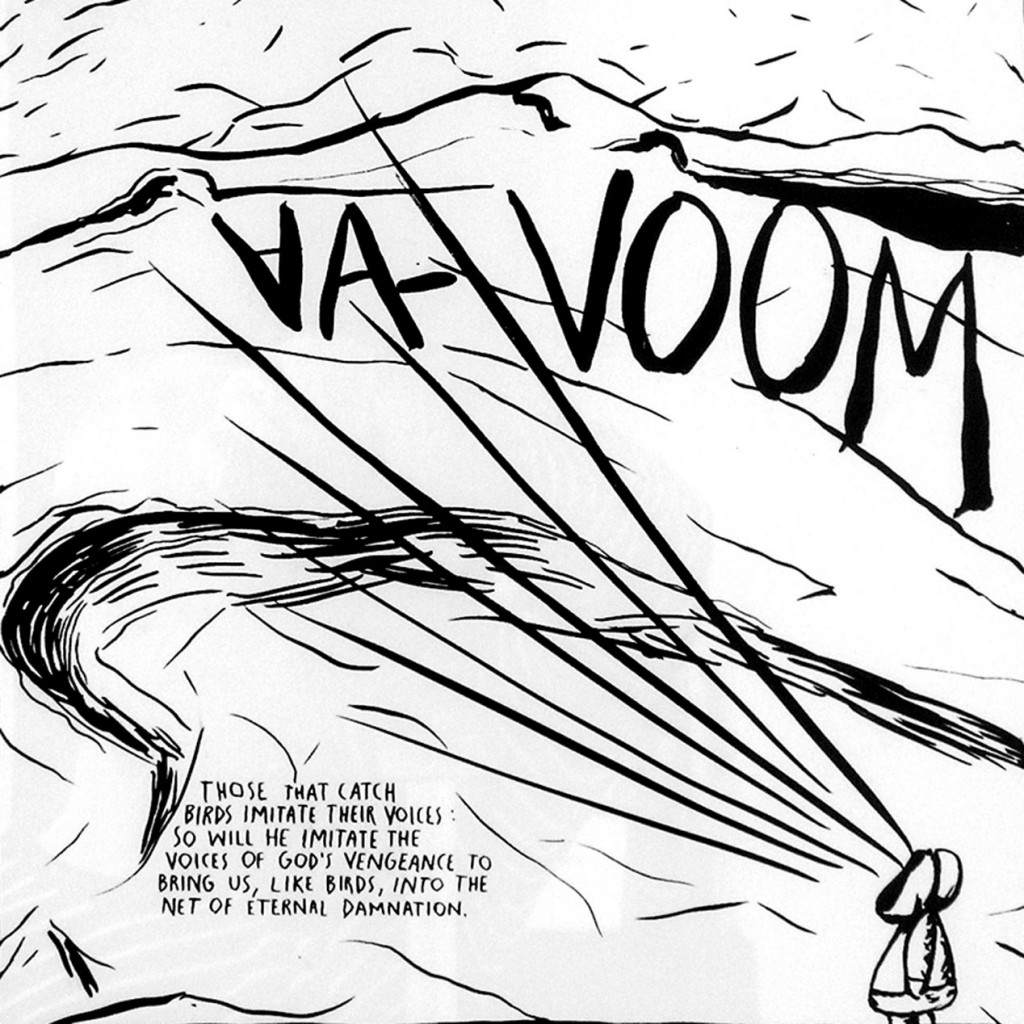 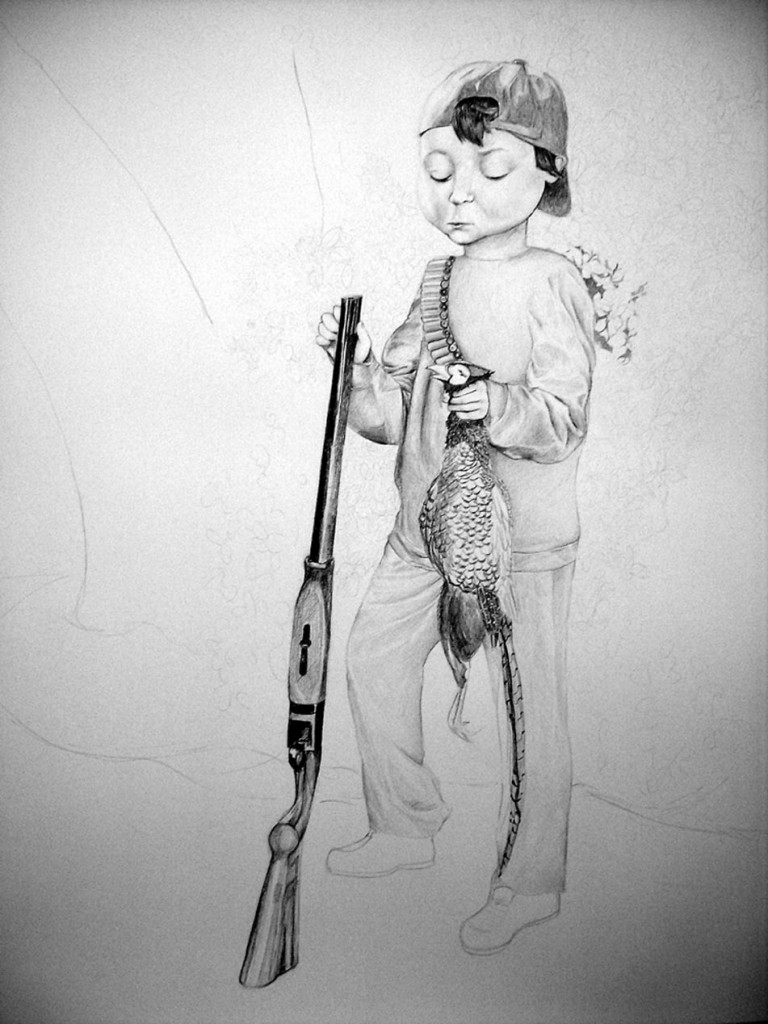 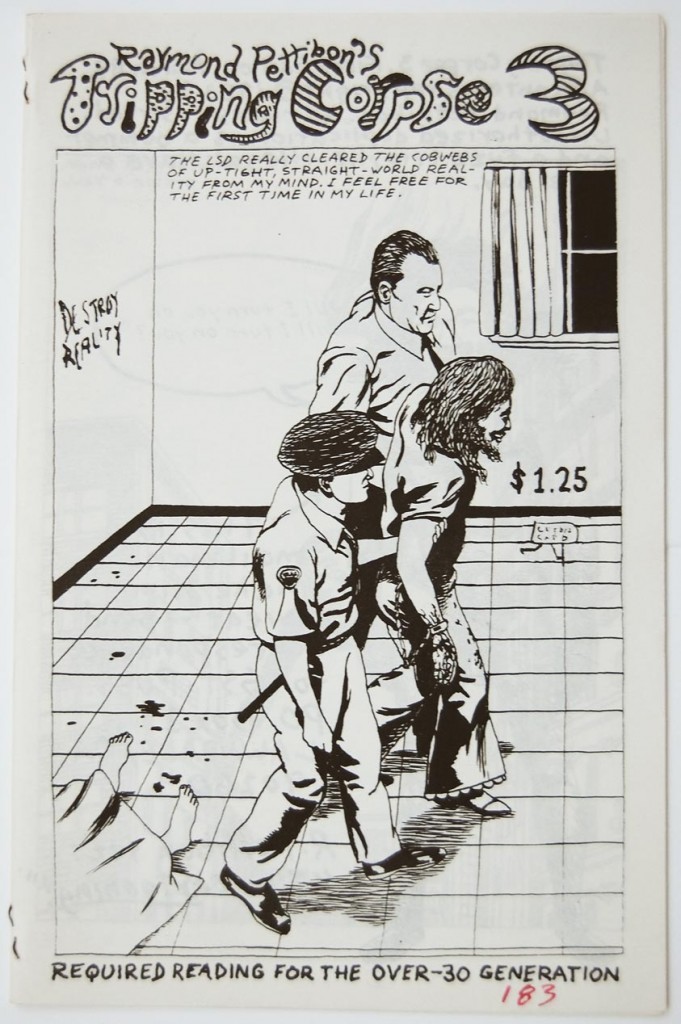