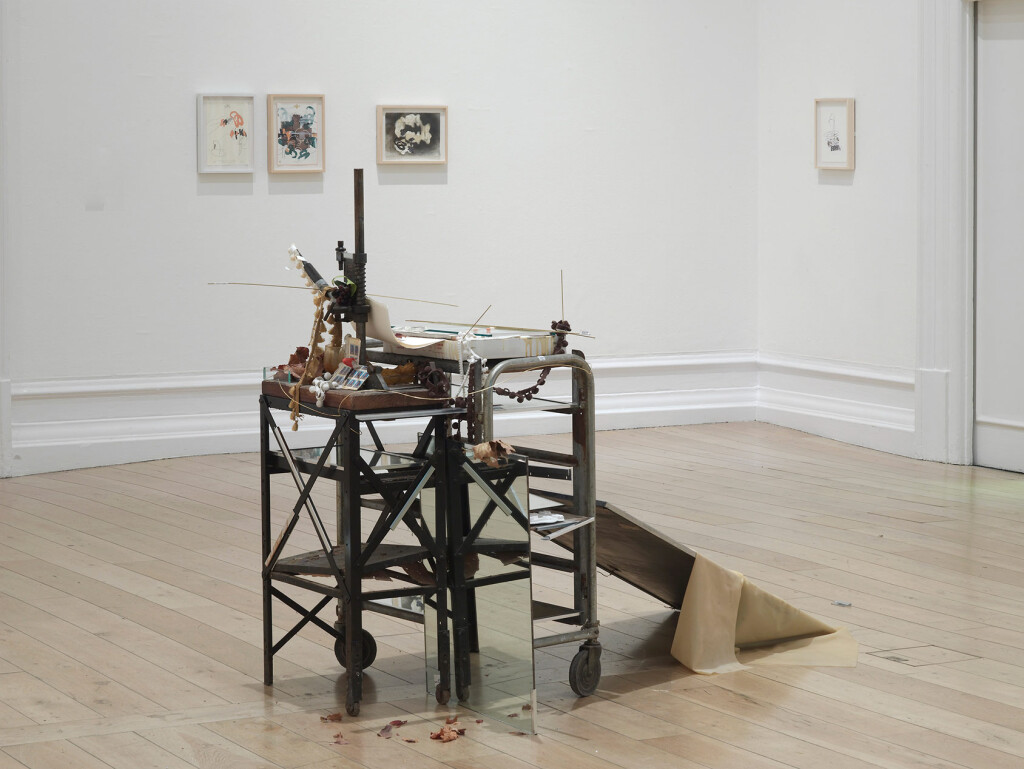 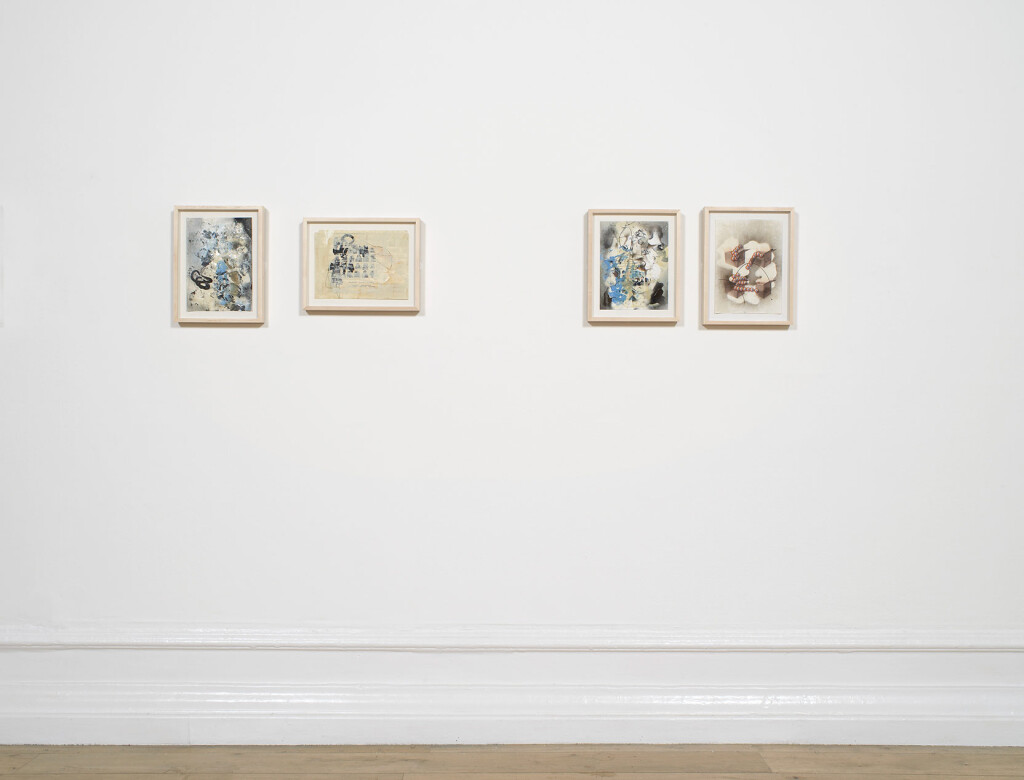 Following a period of two months living in the South London Gallery’s artists’ flat as the inaugural Outset Artist-in- Residence, Uri Aran’s first solo exhibition in the UK presents a new body of works instigated during the course of his stay in London.

Using a variety of media, including sculpture, drawing, photography and video, Aran presents his works in carefully orchestrated groups as if to imply the existence, albeit hidden, of an underlying logic dictating their manner of display. Rather than creating a visual and linguistic puzzle with a singular solution, he confronts us with the idea or notion of a narrative. The characters, props and settings are present and identifiable to varying degrees, inviting the viewer to engage in a time-based experience.

Aran plays on the sense of reassurance that familiarity prompts, as well as on the often false impression of comprehension it can engender. Throughout his work to date, he has drawn on certain motifs and materials, gradually building a visual language which both borrows from cinematic devices and embraces ideas of sentimentality. Different types of hand-made and ready-made objects arranged on tables and desks, passport photos, hand-drawn elements interspersed with digital imagery, and a variety of unexpected items and materials (biscuits, eggs, curtain braiding and so forth) have all had a recurrent presence and, to varying degrees, feature in this latest body of work.

For his South London Gallery show, Aran presents a precise grouping of new works, conceived of and largely made during his residency, displayed in a configuration born of his knowledge of the exhibition space. The overriding formal composition is characterised by an emphasis on reflection, fracture and the overlaying of imagery, which in turn is echoed in the individual components of a video, sculpture, drawings and photographs.

The central focus of the show is a video, shot partly in the gallery’s flat. Scenes of a friend of the artist reading from a script are interspersed with those of boys with their bikes in a park, archive footage of girls performing ballet on stage, Aran’s drawings, and moments of digital animation. The rousing orchestral soundtrack injects these apparently disparate elements with romantic potential, but also provides the principal unifying context which spills out across the other works in the show. A multi-faceted sculpture takes the layering of unexpected components several steps further, elegantly combining mirrors, photographs and object-laden shelves of a metal trolley as if to imply an only partially articulated raison d’être, while a series of drawings seamlessly unite digitally- sourced imagery with hand-drawn elements. On the opposite wall, passport photos re-photographed and enlarged, suggest a potential cast of characters, but only some of whom reappear elsewhere. The humorous inclusion of a dog and horse in the line up is particularly poignant, signalling Aran’s fascination with animals for the sentiments they can provoke, but also for the intrigue they hold as creatures incapable of morality, existing without culture and without the codes that impact so heavily on our own creation and interpretation of meaning. 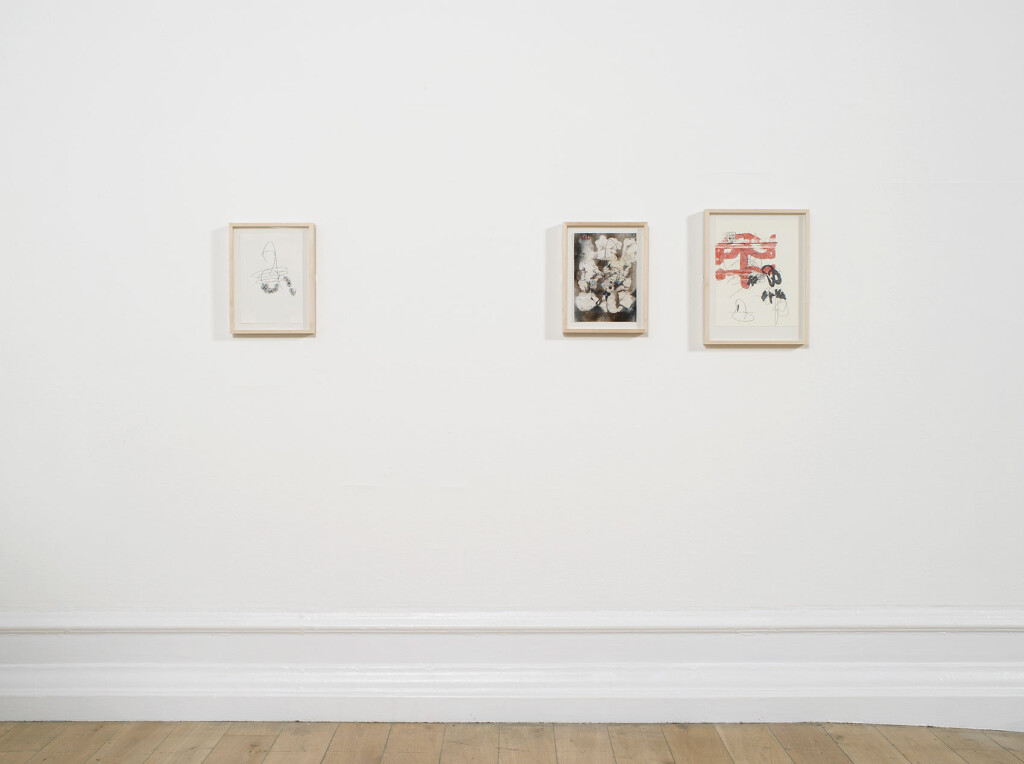 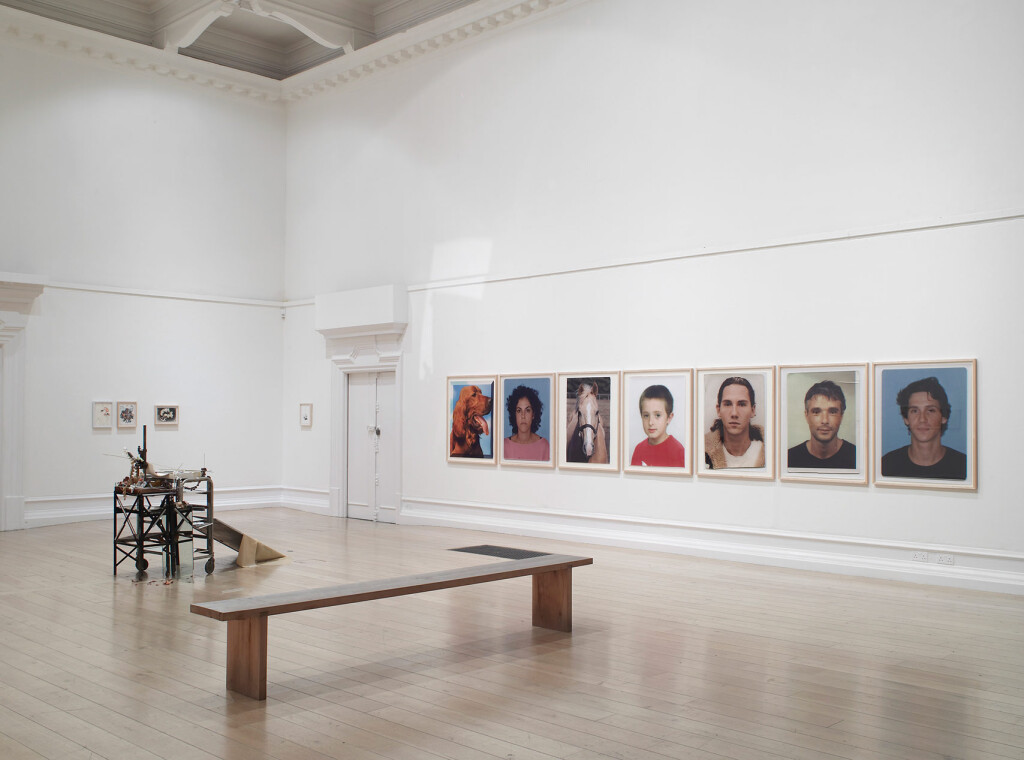 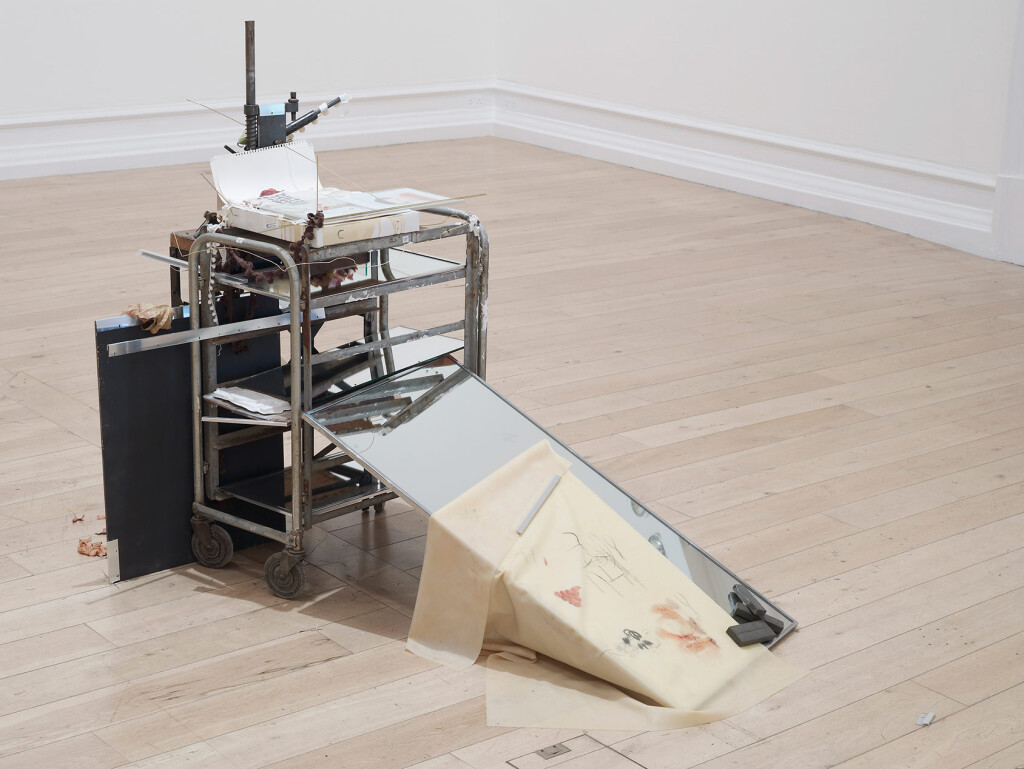 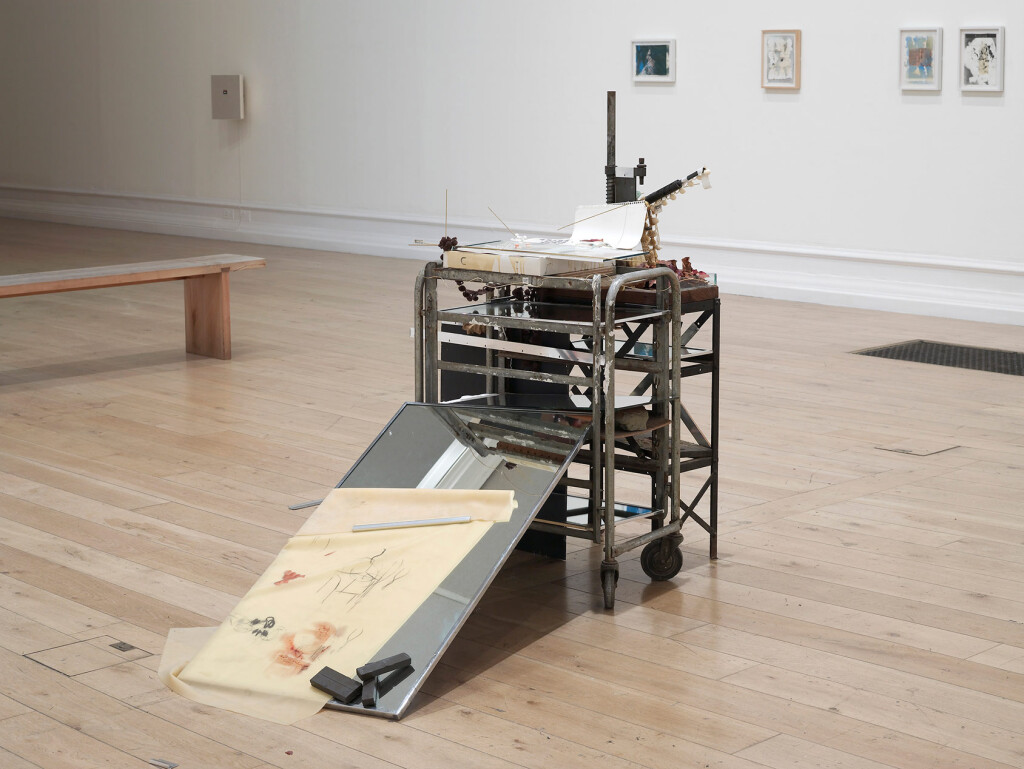 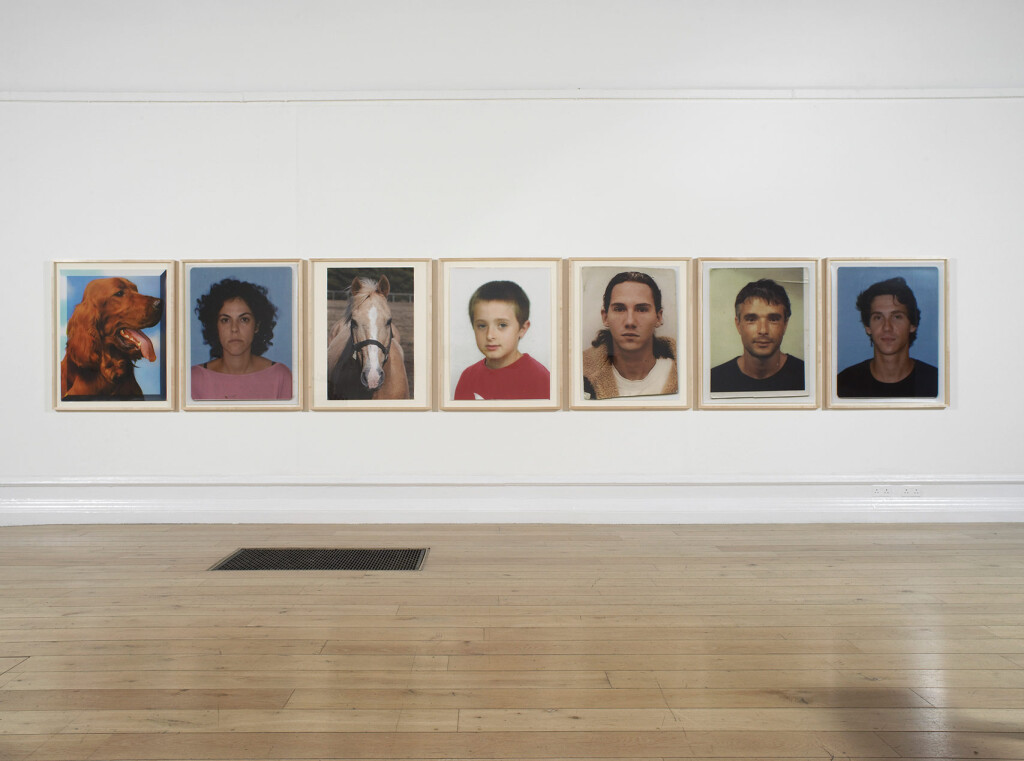 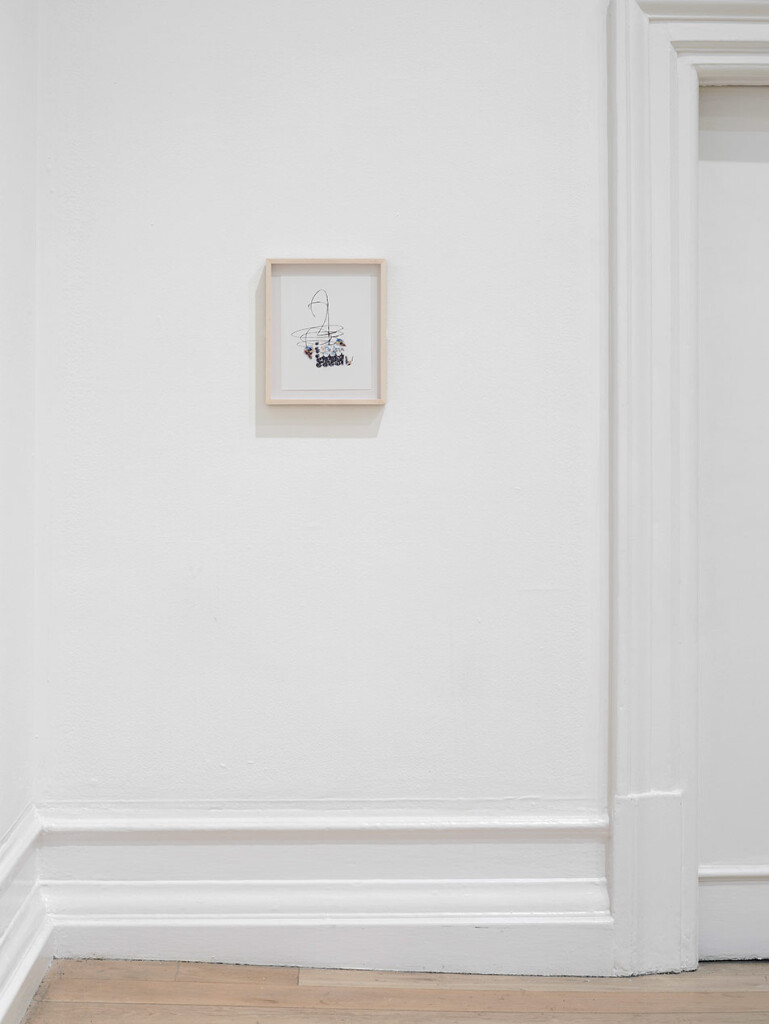 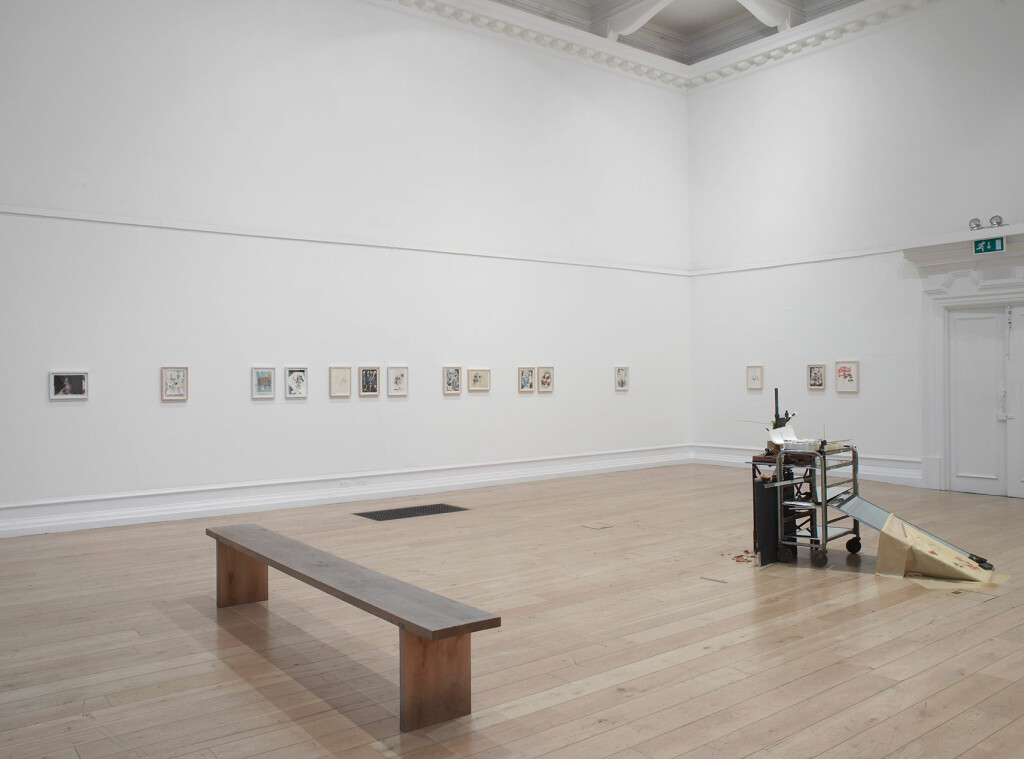 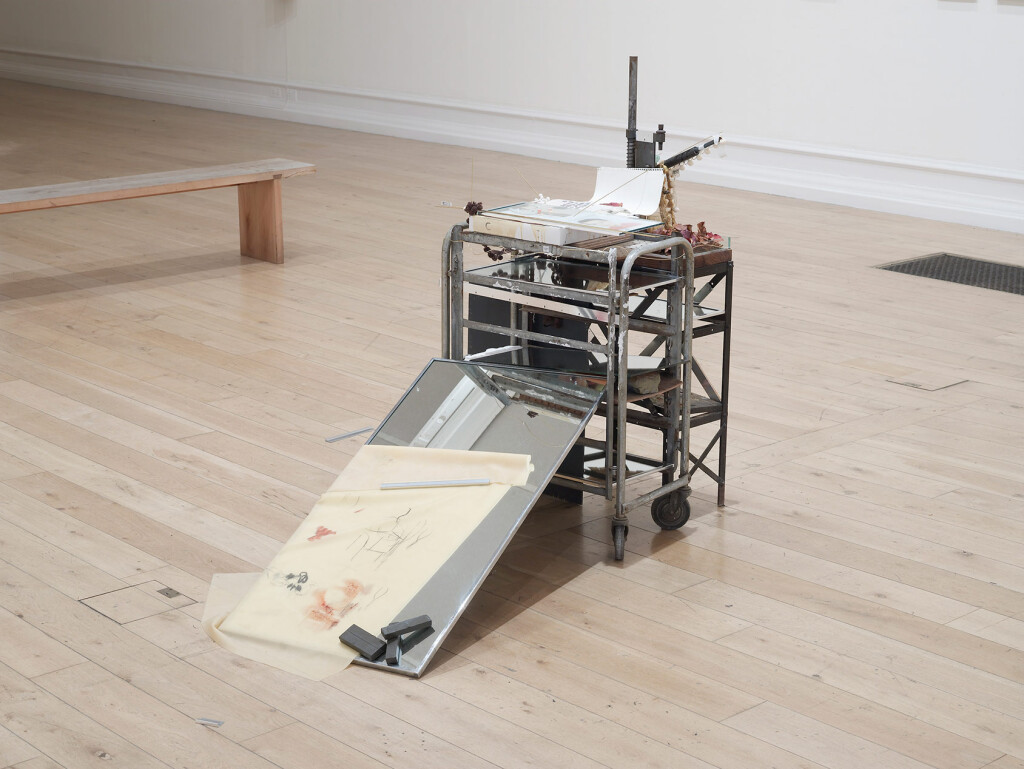 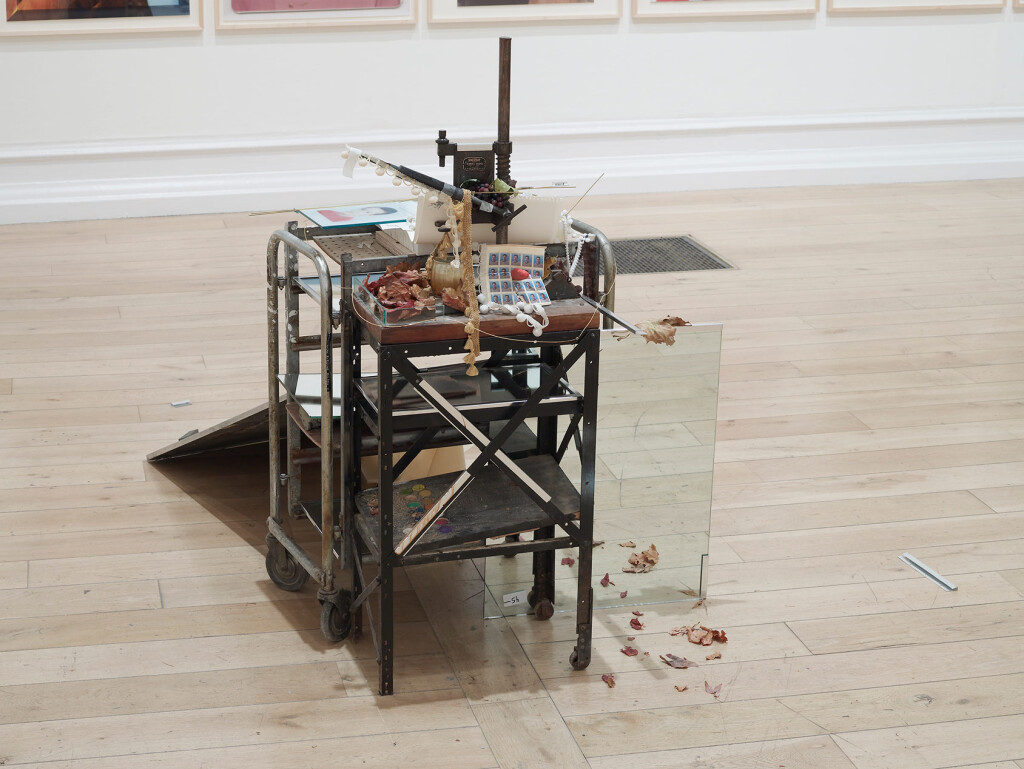 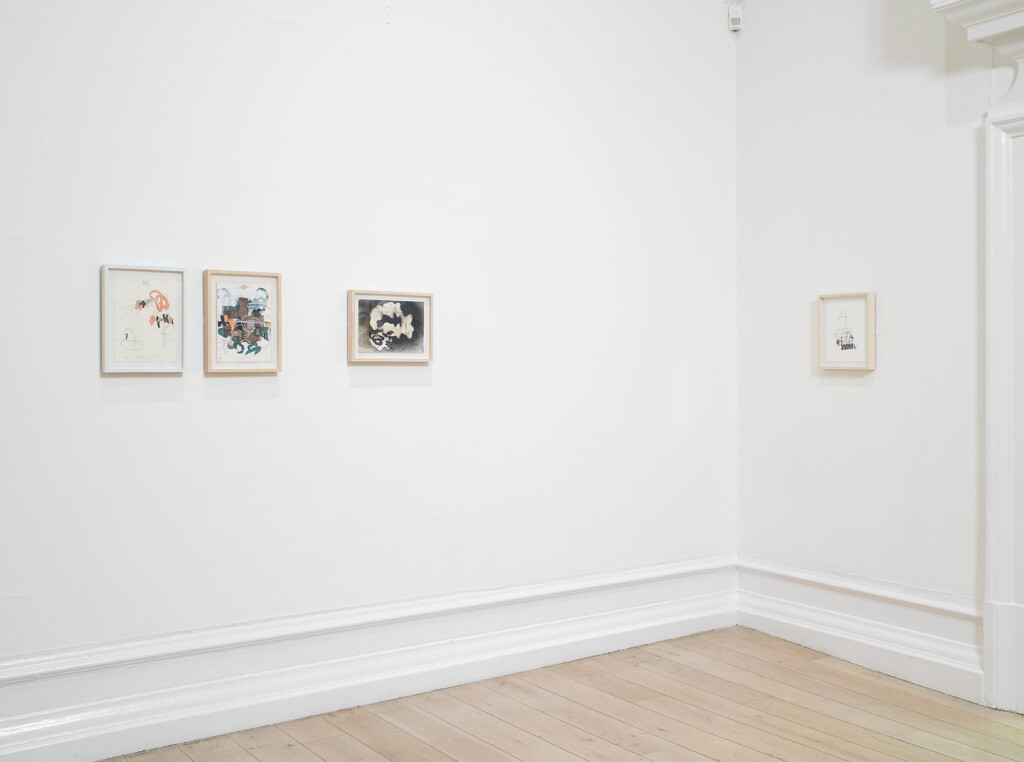 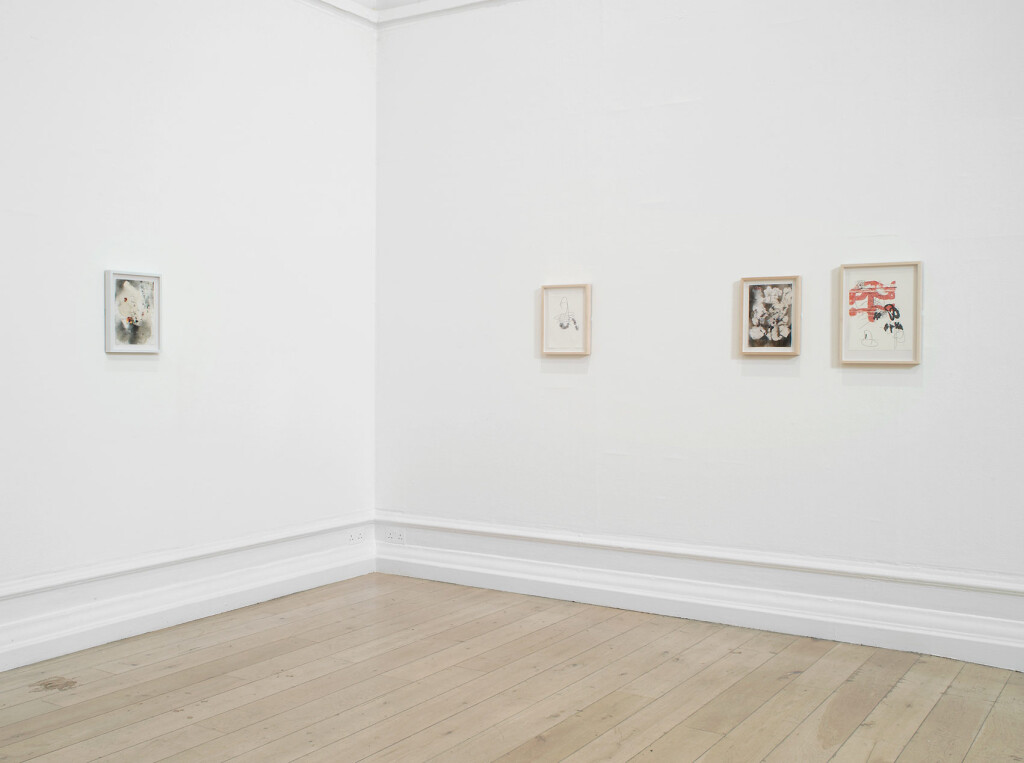 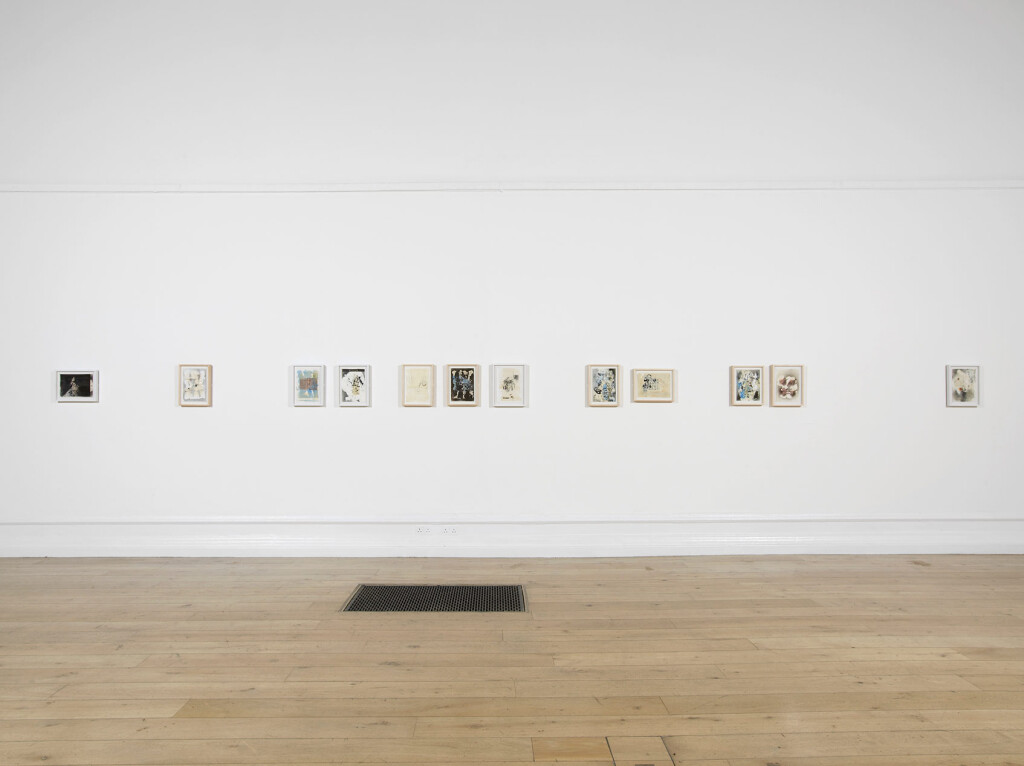 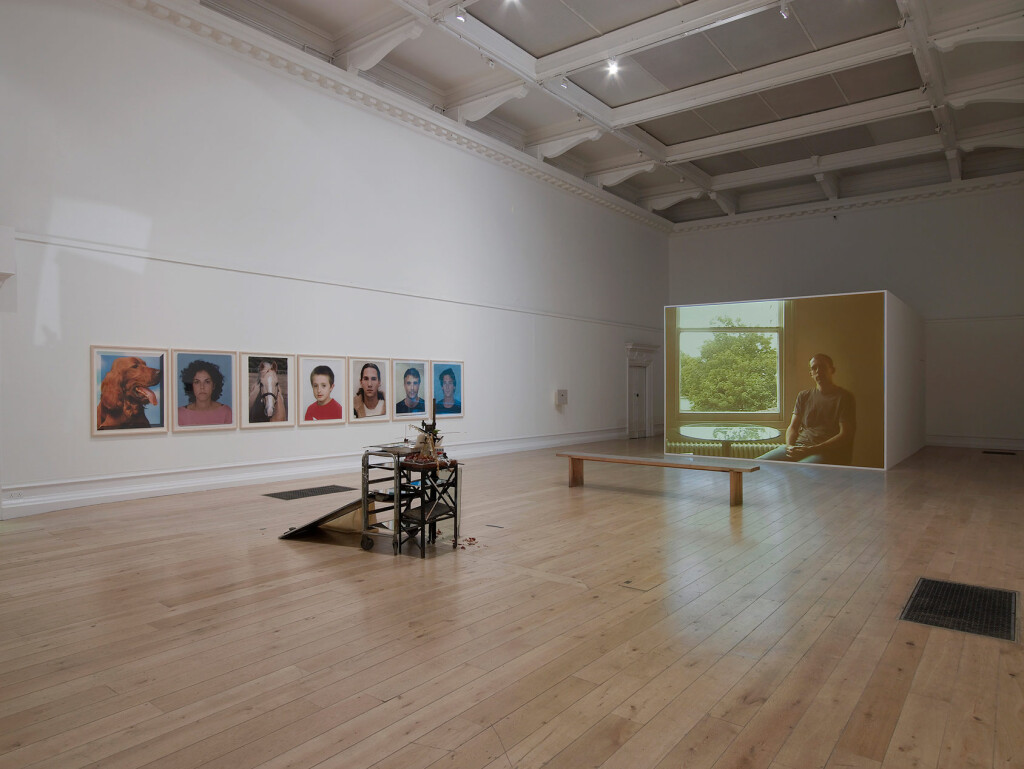 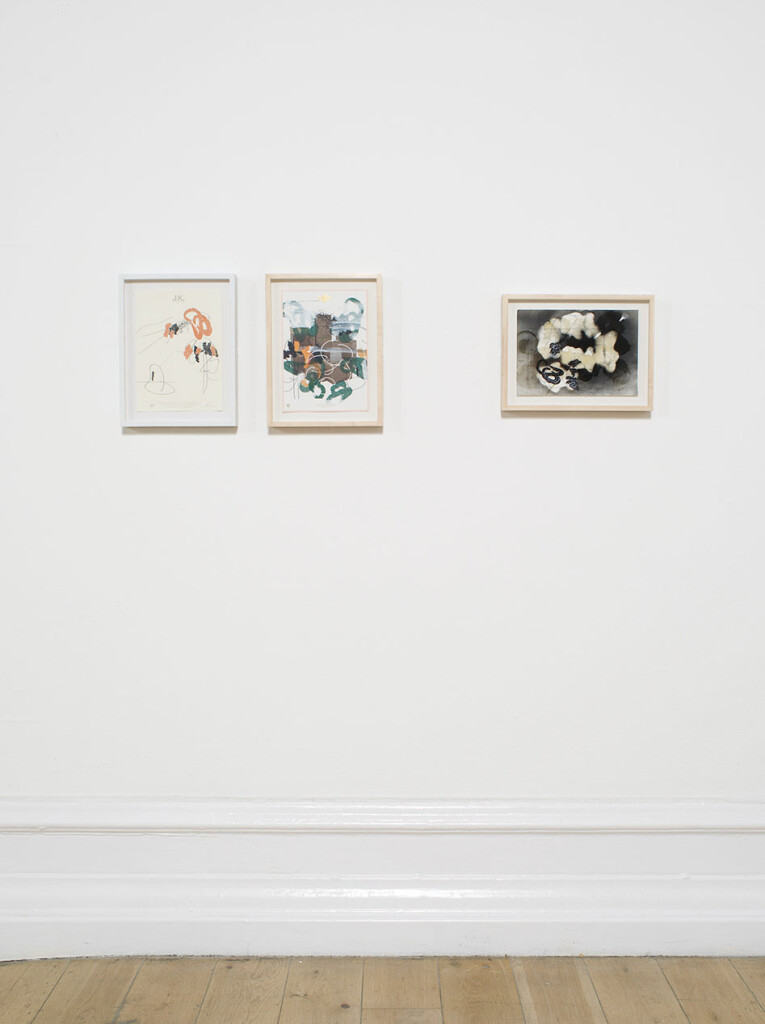 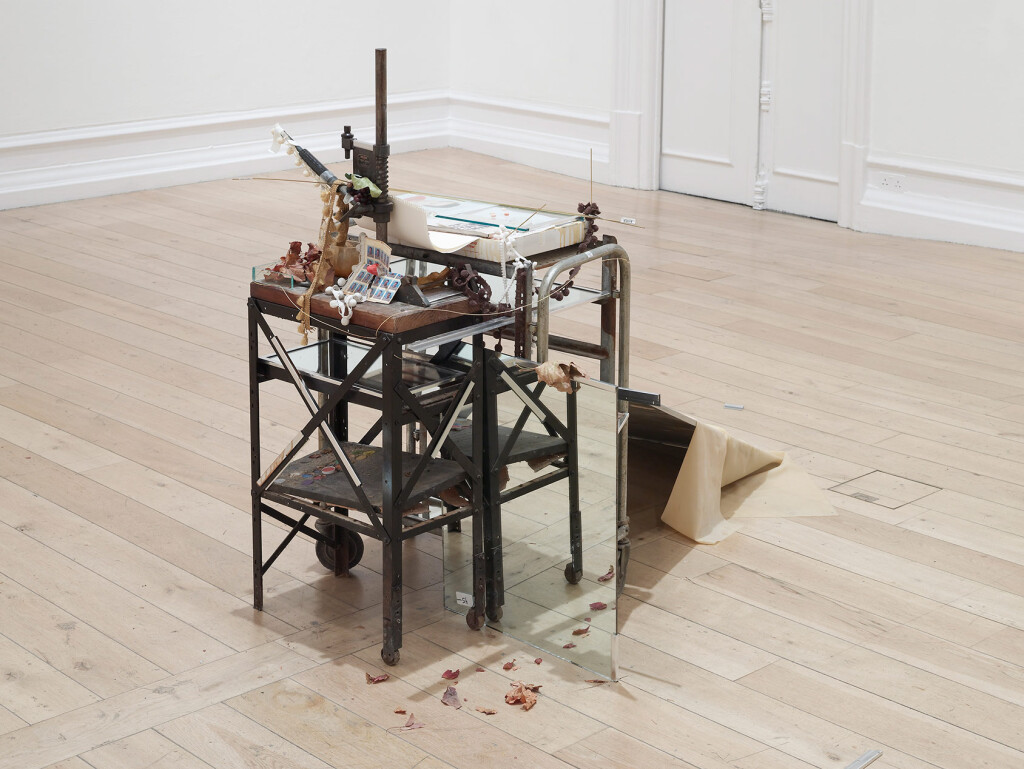 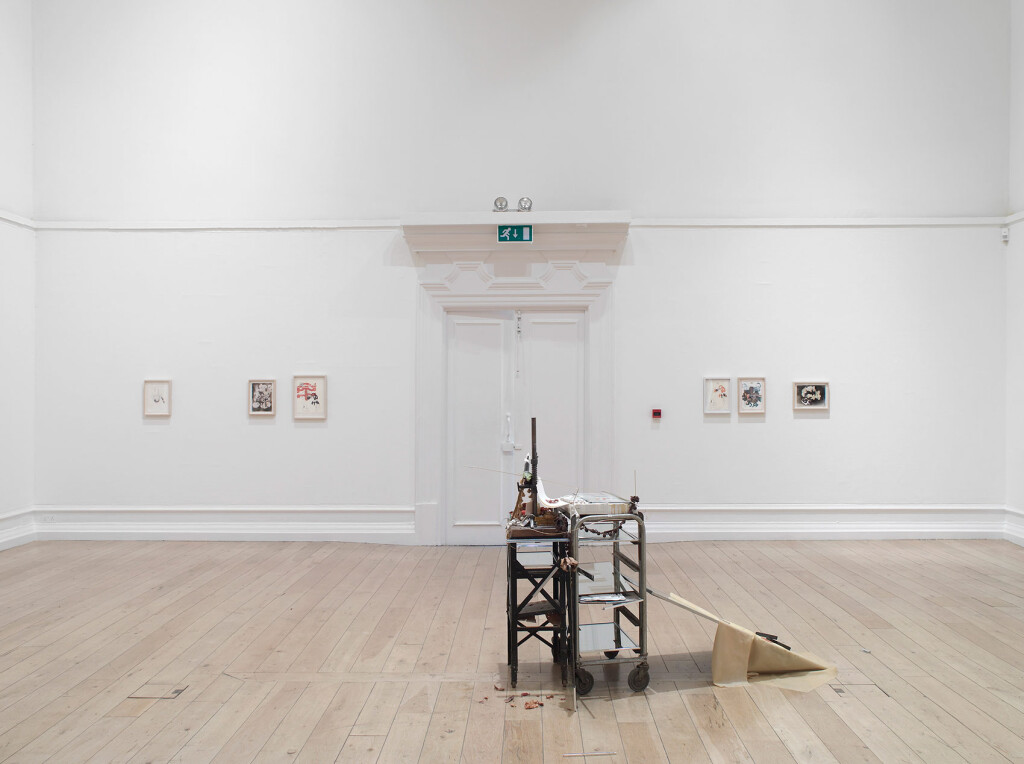 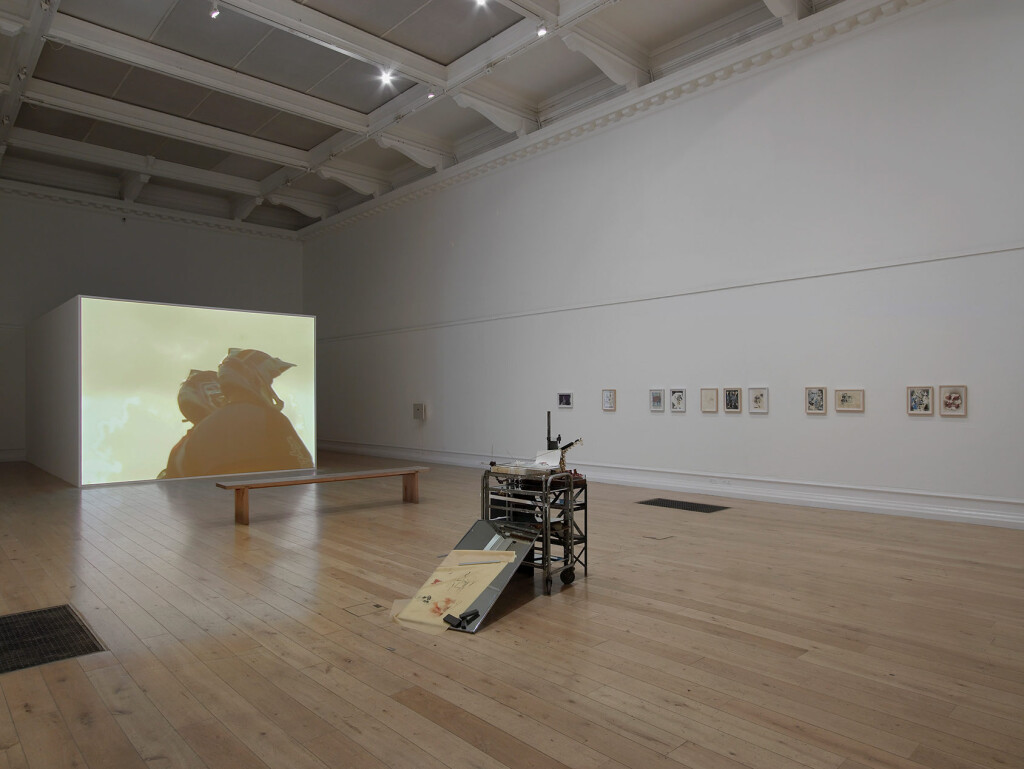 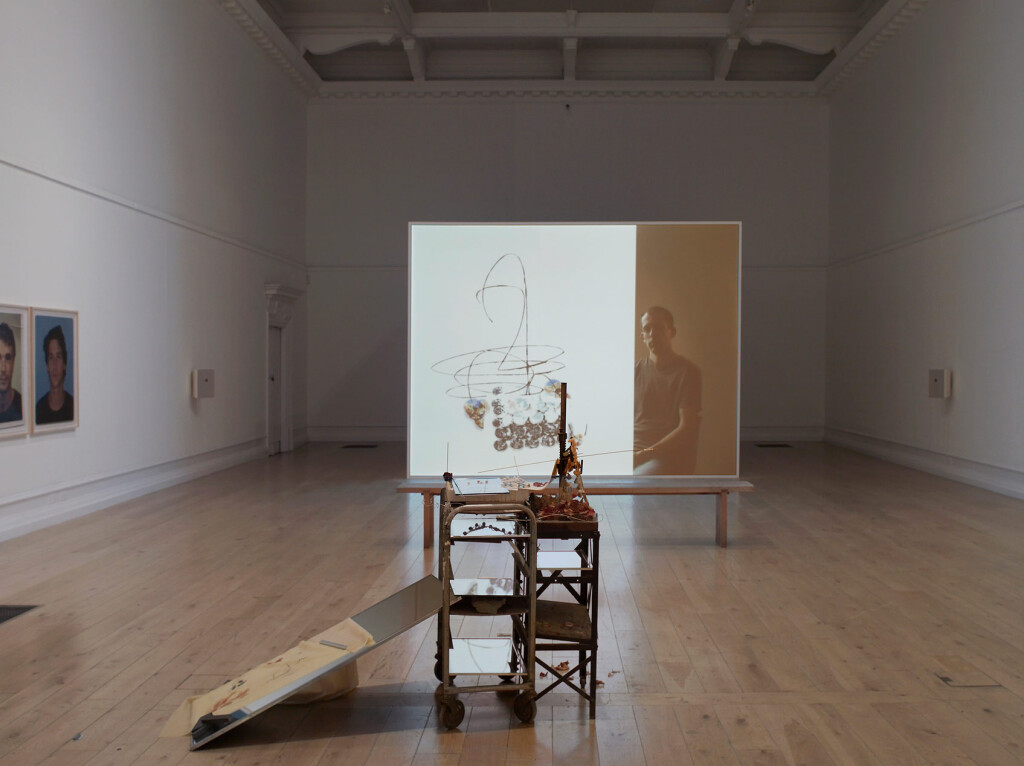 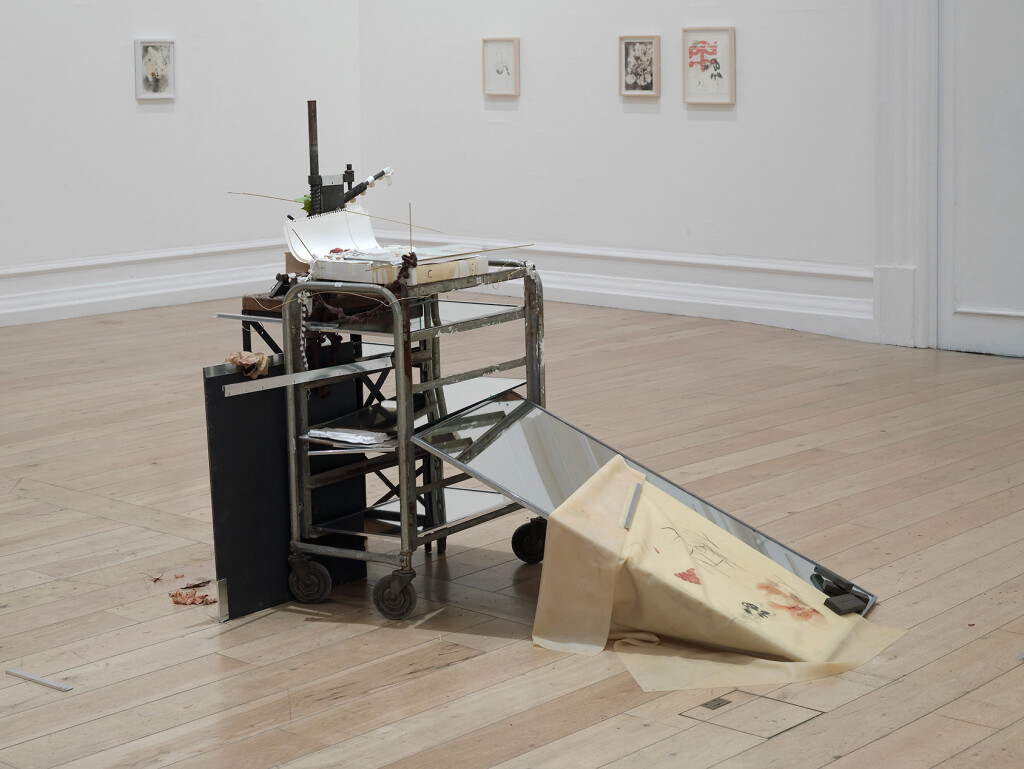 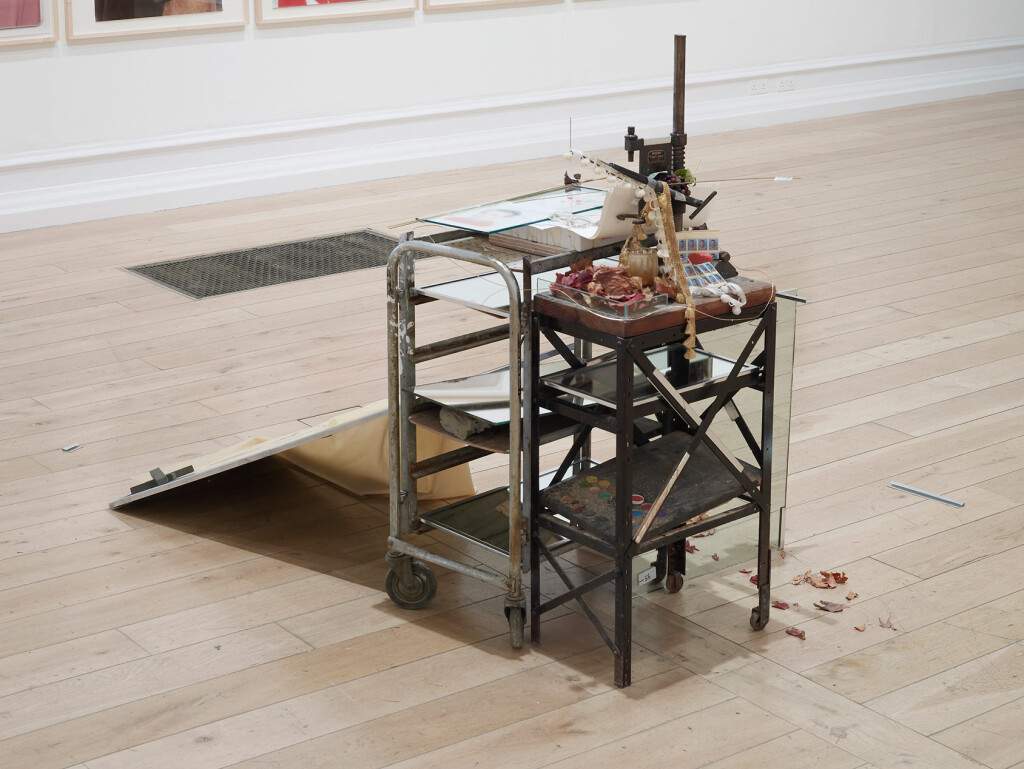 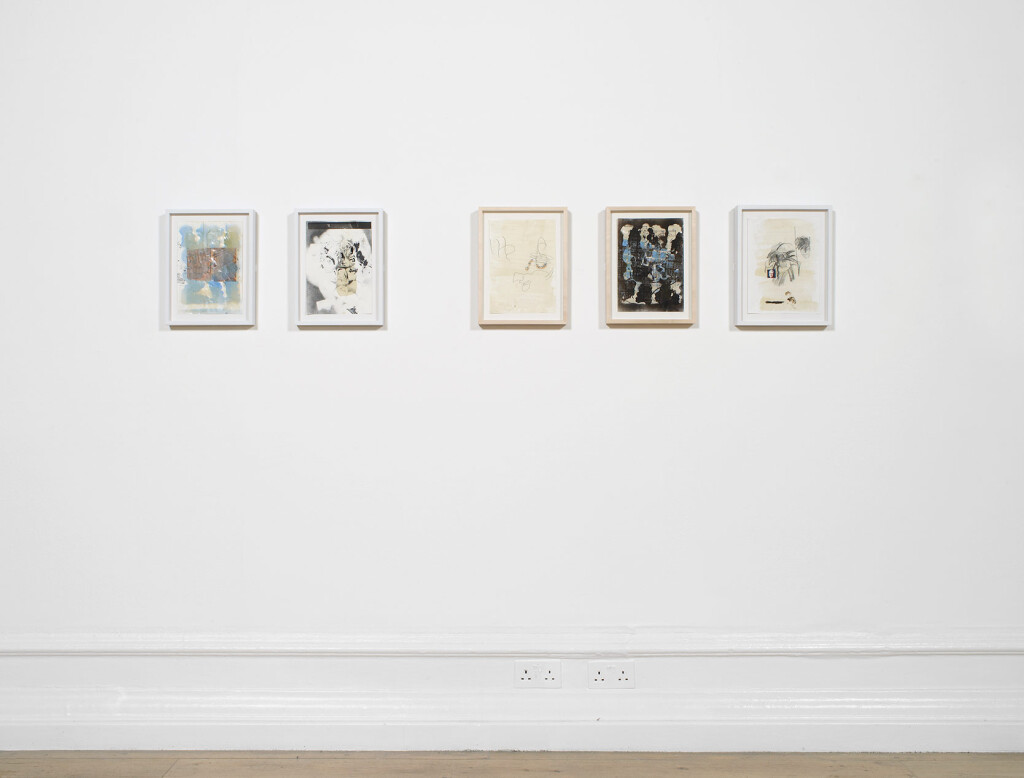