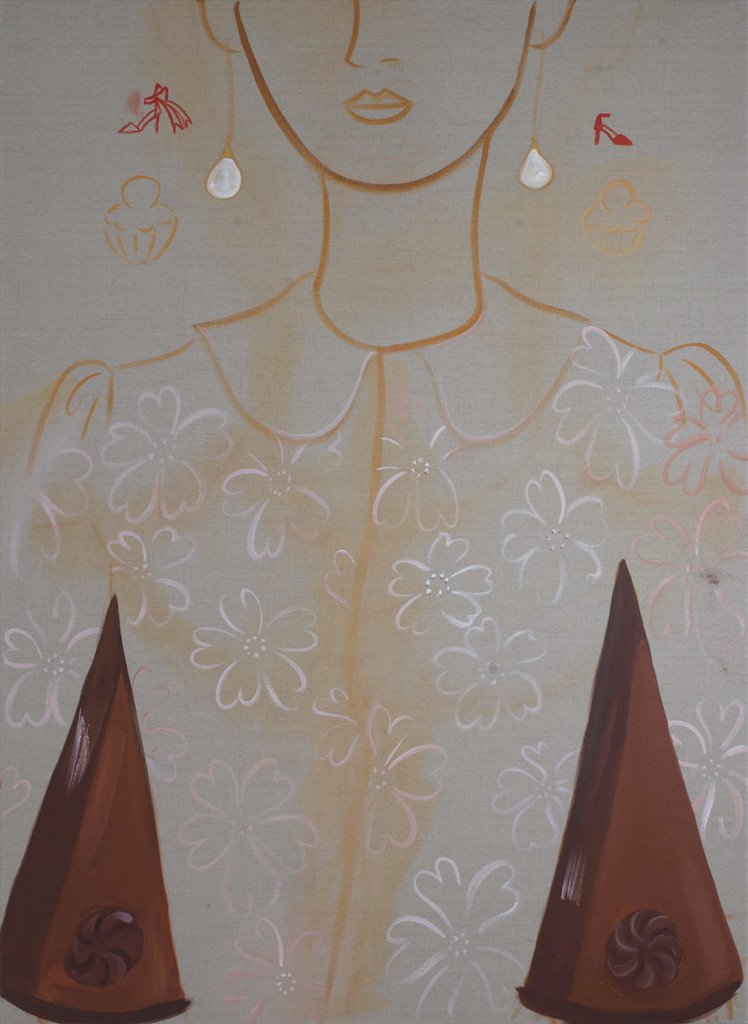 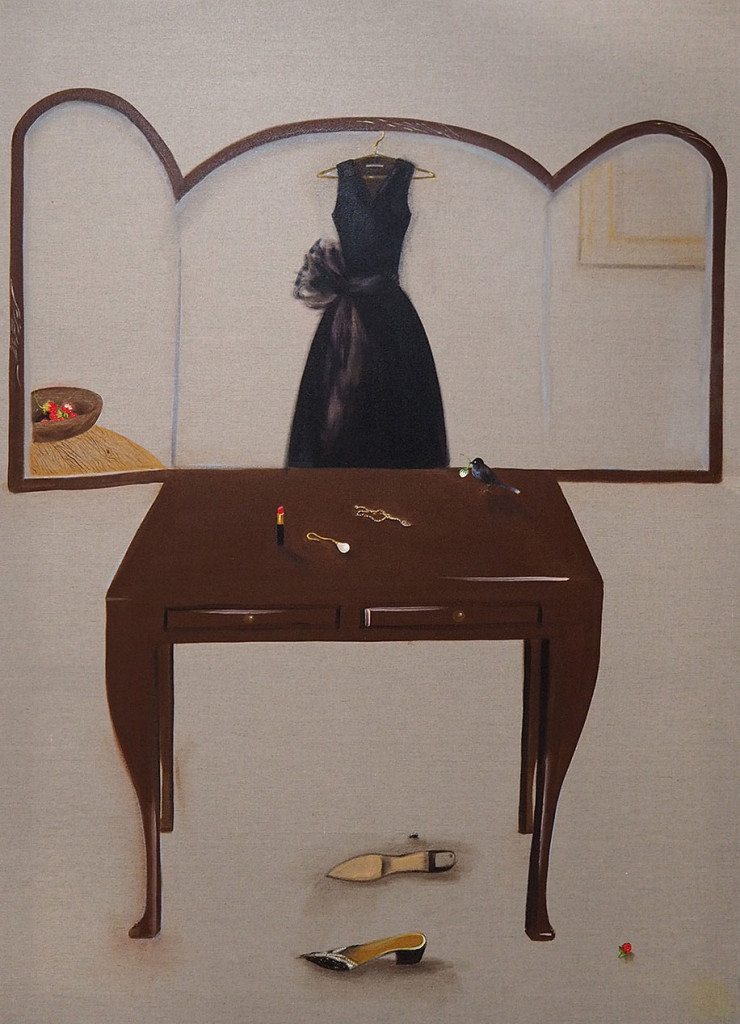 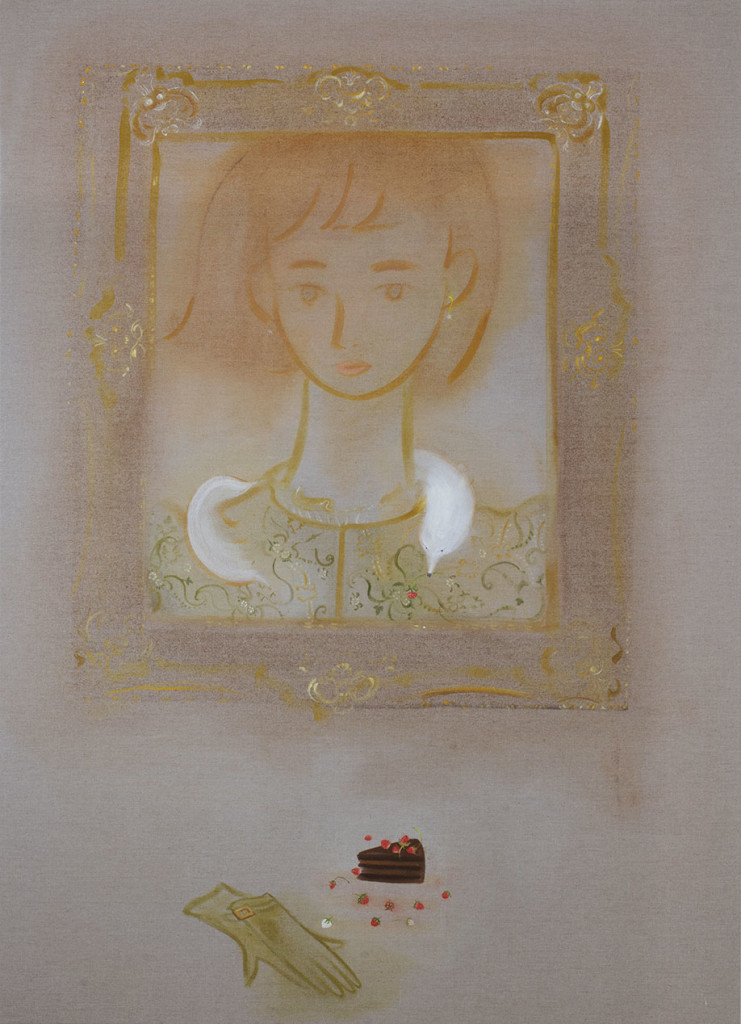 “I possess no specialized knowledge of architecture, but I understand that in the Gothic cathedral of the West, the roof is thrust up and up so as to place its pinnacle as high as possible — and that herein is thought to lie its beauty. In the temples of Japan, on the other hand, a roof of heavy tiles is first laid out, and in the deep, spacious shadows created by the eaves, the rest of the structure is built. Nor is this true only of temples; in the palaces of the nobility and the houses of the common people, what first strikes the eye is the massive roof of tile or thatch that hangs over all beneath the eaves. Even at midday cavernous darkness spreads over all beneath the roof’s edge, making doorways, walls and pillars all invisible. The grand temples of Kyoto — Chion’in, Honganji — and the farmhouses of the remote countryside are alike in this respect: like most buildings of the past their roofs give the impression of possessing far greater weight, height, and surface than all that stands beneath the eaves.” 1

What of course is not said here is that it takes remarkably engineered, complex, but near-invisible bracket-systems, to apparently not support these massive forms. Nothing always has / something to hold it in place / that cannot be seen. Simpler solutions are adopted in domestic structures, but the oversize eaves give the interior a characteristic dimness, which contributes to the building’s atmosphere, or again as Jun’ichirō Tanizaki describes, preferring “…a pensive luster to a shallow brilliance”. 2

Looking at the newest works by, the Philippine-born, Japanese raised/educated, and now London-based painter, Maria Farrar, I am reminded of, and re-excited by, a past fascination with the power of the aphorism and its distant association with a rarified cousin, the haiku (俳句) 3 – or at least my teen-self-aspiration to it, through J. D. Salinger… 4 More explicitly, I am led around Tanizaki’s eave-darkened-pathway, hand-in-hand with the ghost of Zooey, to the ironic, self-riddling minimalism of the late E.M. Cioran: a paradoxical polyglot, a Romanian who lived in France most of his long years, admired Buddhism of the most unconsoling variety, contemplated suicide for decades (for nearly all his life in fact, until he didn’t take it 5), esteemed eccentrics of all sorts and instituted vertigo into his daily life (tumbling). Instead of accumulating wisdom, he importantly, shed certainties. Both like and unlike Farrar, whose work treasures peace and beauty, rather than philosophizing despair, she also sheds certainties: Again as Tanizaki might put it, her work is an equivalent of  “doing without” 6. Where I see E.M. Cioran, Farrar nurtures Tanizaki; however, they lurk together somewhere under the eaves, they both inhabit shadows. In Nightingales, Farrar paints a horse standing on flowers.

All cosmopolitans of the mind in different ways, Tanizaki’s stories parallel Farrar’s paintings in that they are frequently, as it would seem, narrated in the context of a search for cultural identity in which constructions of “the west” and Japanese traditions (or conceptual / literary mediations of both) are juxtaposed. Contrastingly, Cioran stands as a symbolic believer that “a self-respecting human is one without a country. 7 ” By this he meant that we inhabit a language rather than a place, and this goes back to his Buddhist and Gnostic reflections on illusion: “Illusion begets and sustains the world; we do not destroy one without destroying the other. Which is what I do every day. An apparently ineffectual operation, since I must begin all over again the next day.” 8 I will come back to the useful discipline of repetition…

Farrar appears to have at least two countries, cultures, two languages, that are becoming one, arguably becoming none (through being explicitly neither). Tellingly, she notes that; “I myself lived in a house which had two parts, a western style building connected with a corridor to the Japanese part. As a child I genuinely believed there were ghosts in the Japanese part” 9. Evidently the ghosts have relocated and moved into the (apparently) empty, bare linen spaces within her work: wherein, Farrar’s newest paintings intertwine two aesthetics of living into a conception of a singular, notational, pictographic language, where forms inhabit as ghostly ideas, floating meaningfully, but transiently, on a musical stave. Re-examining, or deliberately confronting the two parts of her old house, her world view contrasts the tones of faded paintings from the early Italian renaissance (educated art history), fused with the architectonic science of perspective from antiquity, and contrasts it with clear, confident calligraphic lines both learnt and intuited from direct childhood experience. All of which are loaded onto one pictorial plane, that of the structure, medium, scale and form of western high modernism. Worlds collide. Farrar makes the ideas of east and west equally recess into shade; under the eaves deep of no country, she forces Cioran and Tanizaki to greet each other, shake hands and discuss the paintings of Schwontkowski perhaps.

In Eaves Deep, Farrar envisages a fictional persona that tells the story of a contemporary life, between here and there, itself folded into the fabric(ation) of paintings, big things, worked from small things; from diary entries, notions, doodles, jotted on serviettes, paper bags, loose leaves. From nothing held up by something, or something held up by nothing, a ‘narrative’ unfolds, inside and outside the home or, rather, under the broad shade of a unifying roof, over-hanging different temporal zones, locations, yet united under its shallow brilliance; the memories of other generations fuse with the immediate, the present. Like Tanizaki’s meditations on plumbing, the trivia of everyday is made extraordinary by way of economy, erasure, repetition (I said I’d come back to it 10), the repeated looking at things, partial things, ordinary things, submerged in or emerging from, an idea of darkness, not darkness itself, that’s impossible, an illusion. 11

From the interior gloom, I
try to make out the complex
but near invisible

_____________________________
1 In Praise of Shadows, is an essay on Japanese aesthetics by the popular Japanese author and novelist Jun’ichirō Tanizaki. Some of his works present a shocking world of sexuality and destructive erotic obsessions. Others, less sensational such as In Praise of Shadows, subtly portray the dynamics of domestic life in the context of the rapid changes in 20th century Japanese society. Frequently his stories are narrated in the context of a search for cultural identity in which constructions of “the west” and Japanese tradition are juxtaposed. Previously sketched in a series of personalized comments, first published as, Some Prefer Nettles, Tanizaki’s aesthetic credo, in the more finished form of this essay, was originally published in 1933, in Japanese and first translated into English in 1977. My understanding is that Farrar reads it in its original language. Pg 17.

3 The haiku is a Japanese poem in three lines. Line one has 5 syllables, line 2 has 7 syllables and line three has 5 syllables. Haiku is a mood poem and it doesn’t use any metaphors or similes. Usually when Haiku is taught, students are only given the restriction of the number of lines and syllables.

4 Like most of the world I came to Salinger as a teenager through The Catcher in the Rye, but fell in love with Zooey, from Franny and Zooey, in which Salinger first employed Haiku in his 1957 novella.

10 Søren Kierkegaard’s, 1843 work Repetition, published under the pseudonym Constantin Constantius investigates the possibility/impossibly of repetition. The fictitious author says, that repetition does not “have the sadness of recollection, but the blissful security of the moment.” A theory of repetition, of motion, actually, or the impossibility of motion, proposed by Zeno and Parmenides for the pre-Socratic Eleatic school, seems appropriate to this formulation, in that it was asserted that motion is impossible, because if a human wants to go from point A to point B, they must first traverse a midway point — call it X — to get there. However, they cannot get to X, unless first getting to a midway point between A and X. This reasoning is applied ad infinitum, therefore motion is impossible and considered an illusion. 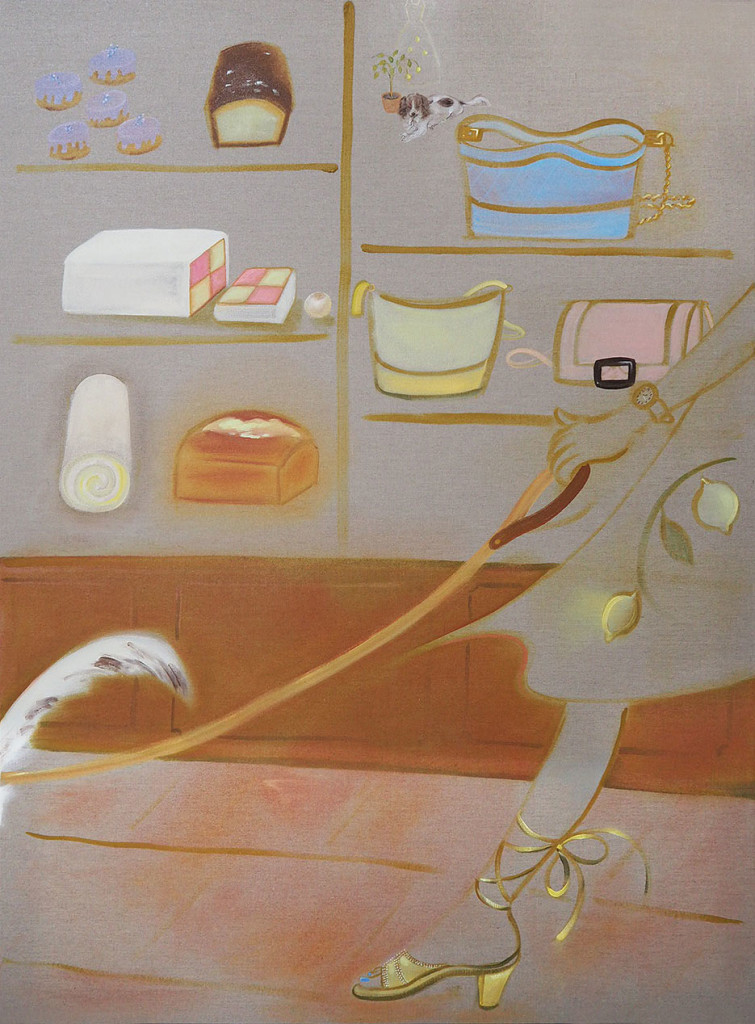 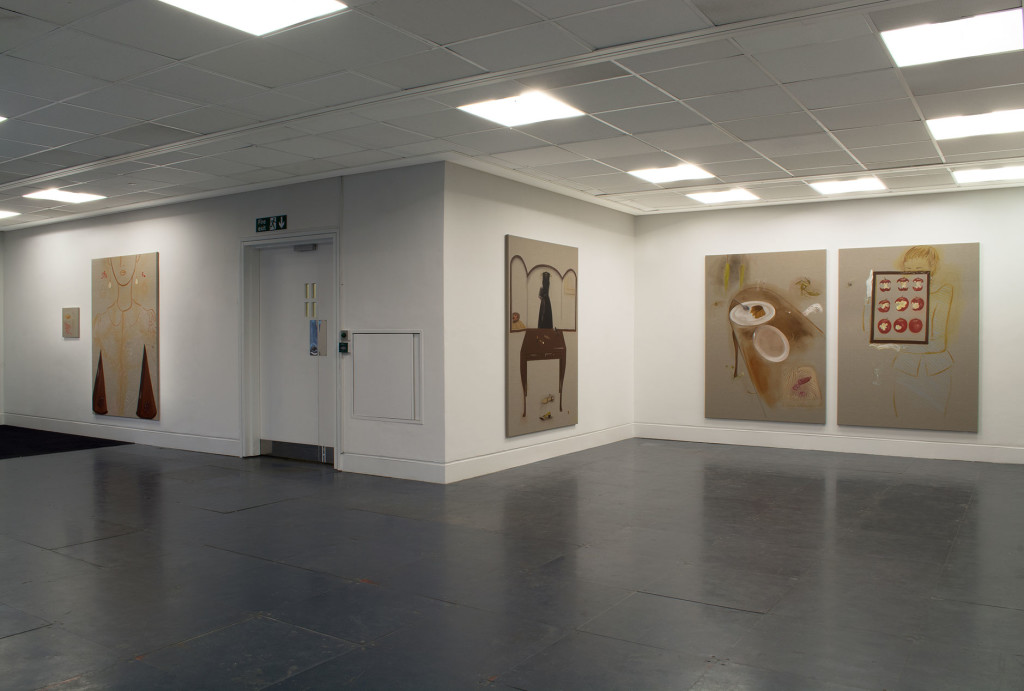 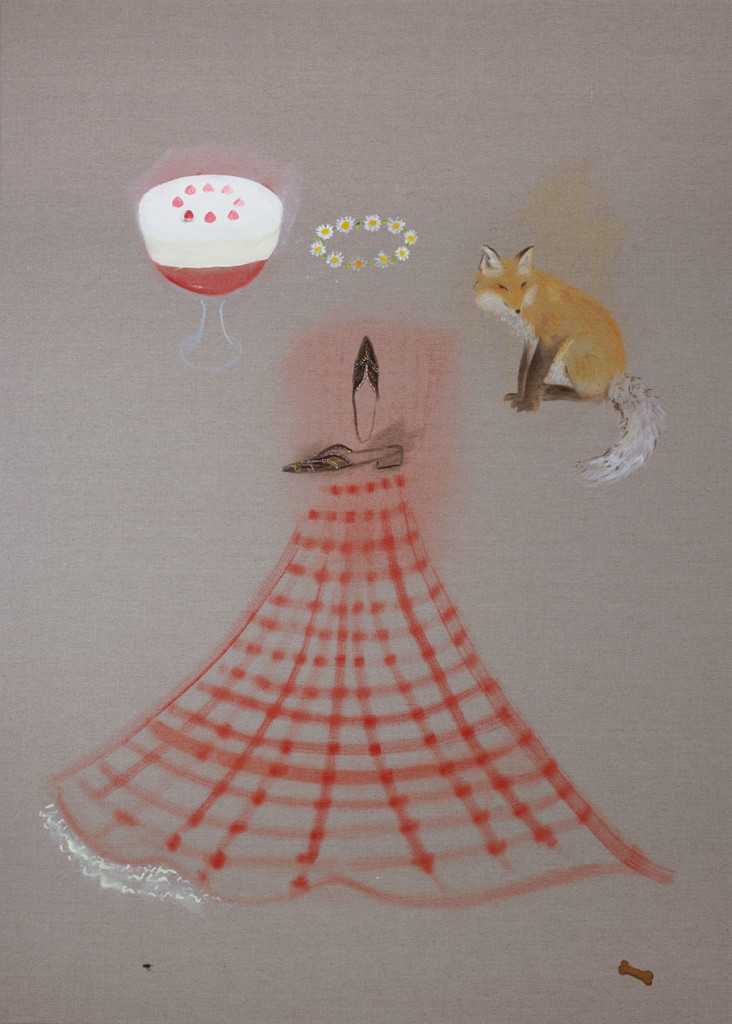 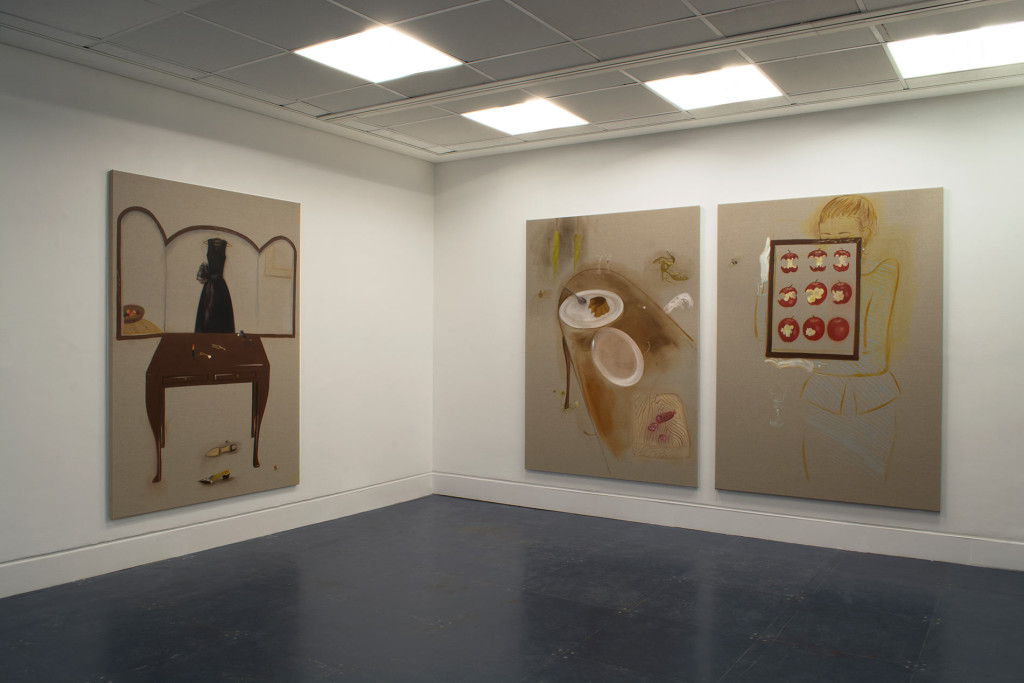 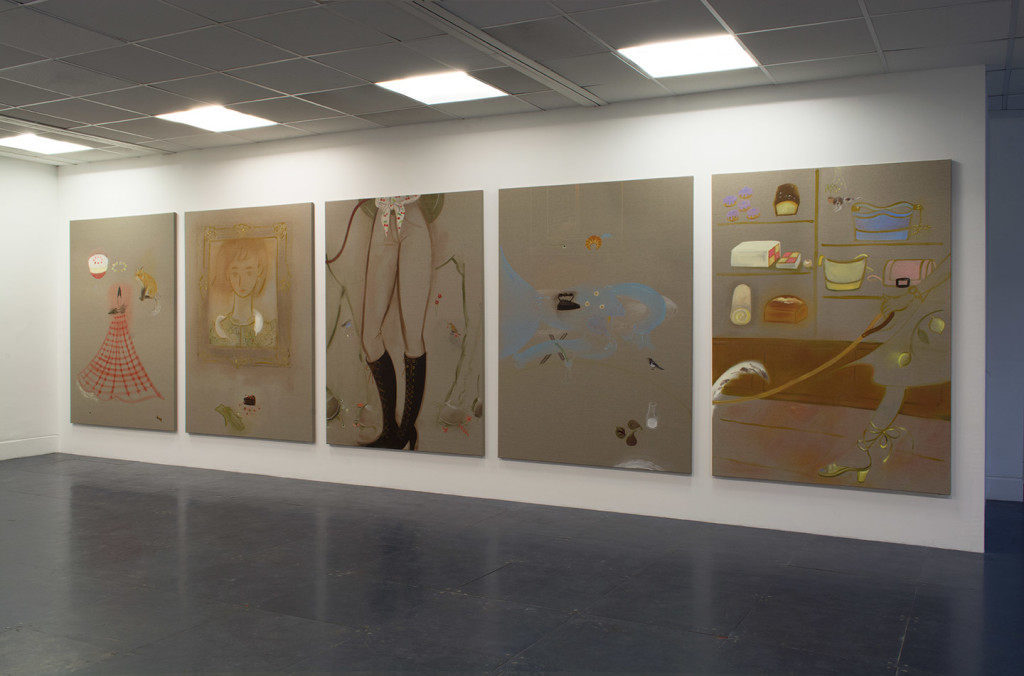 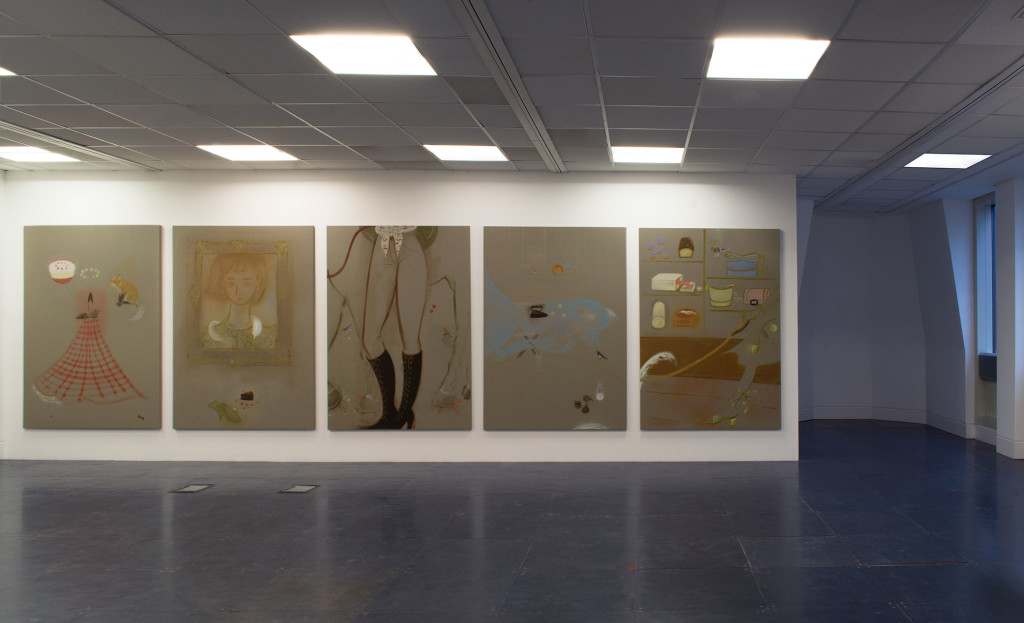 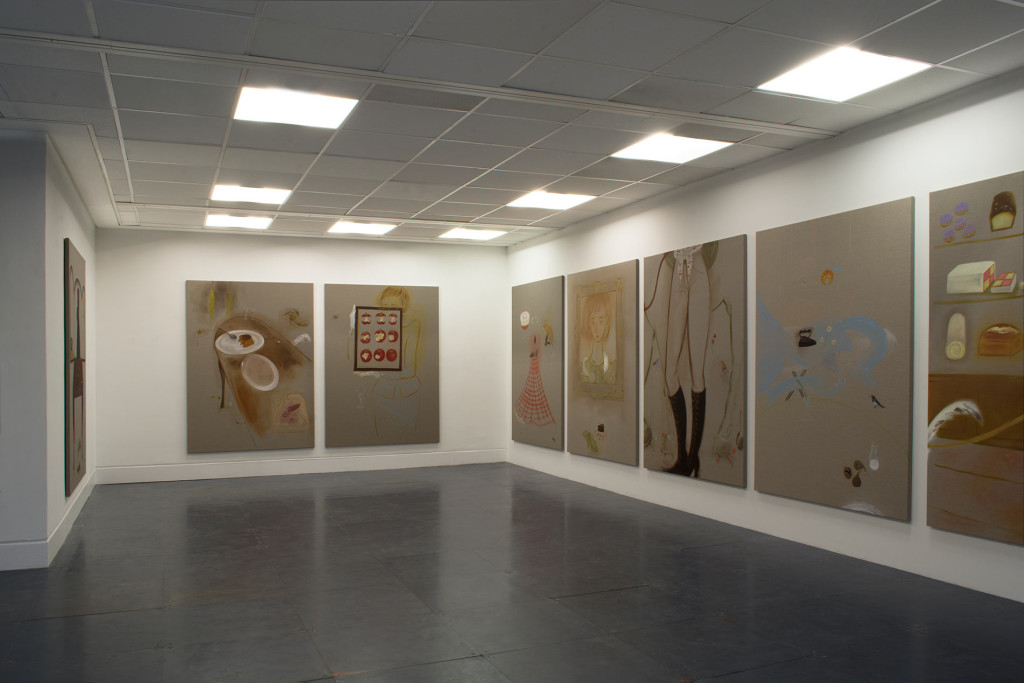 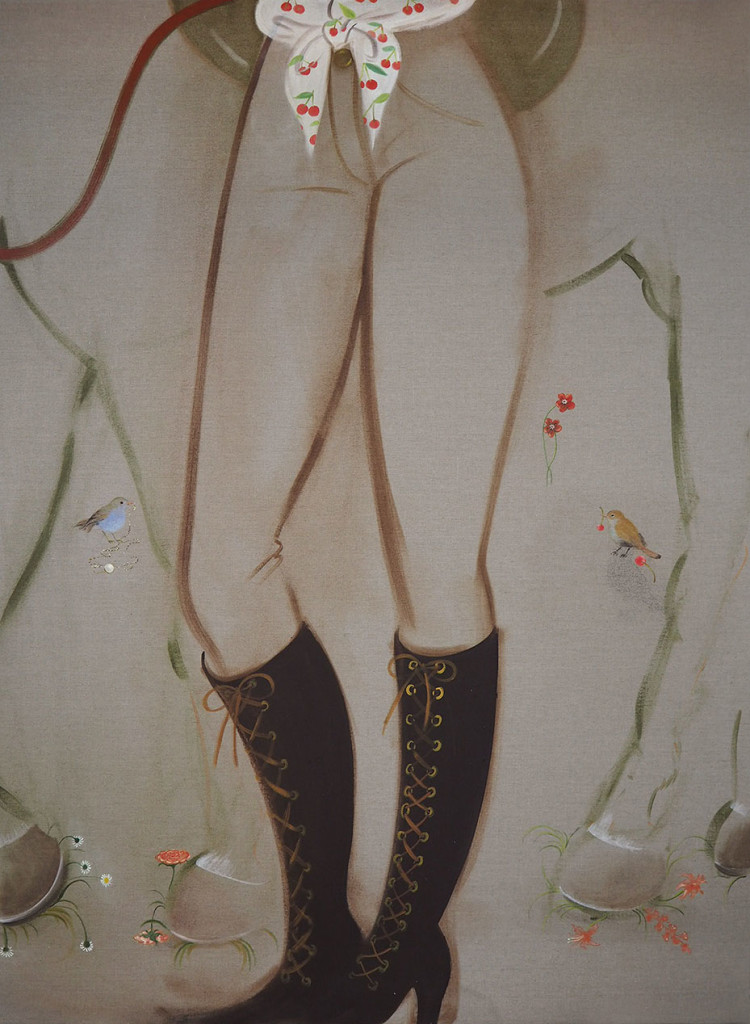 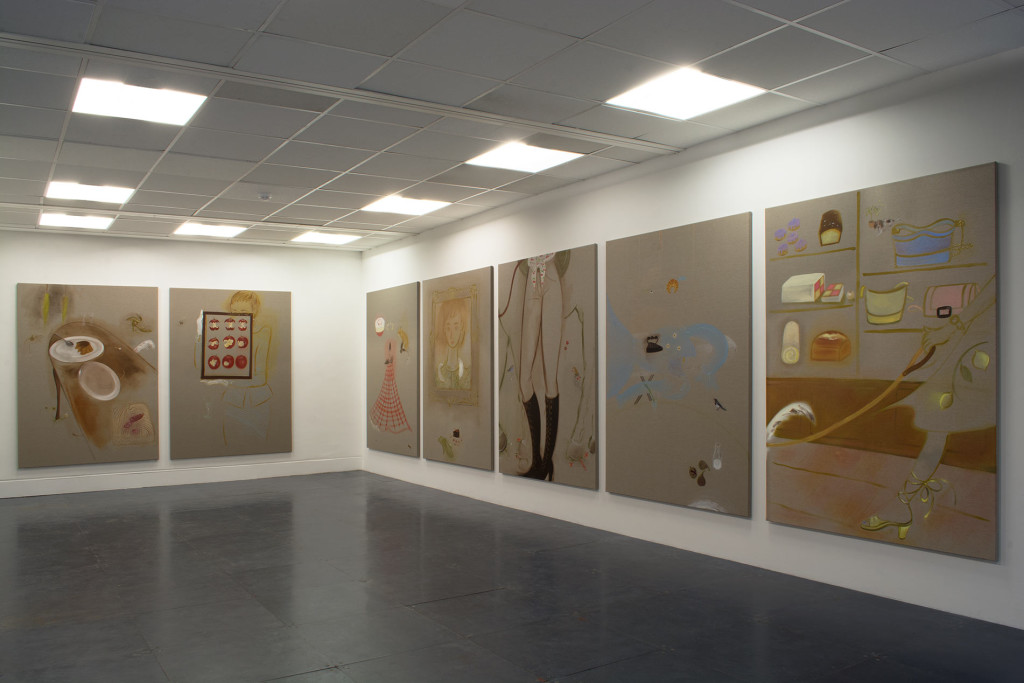 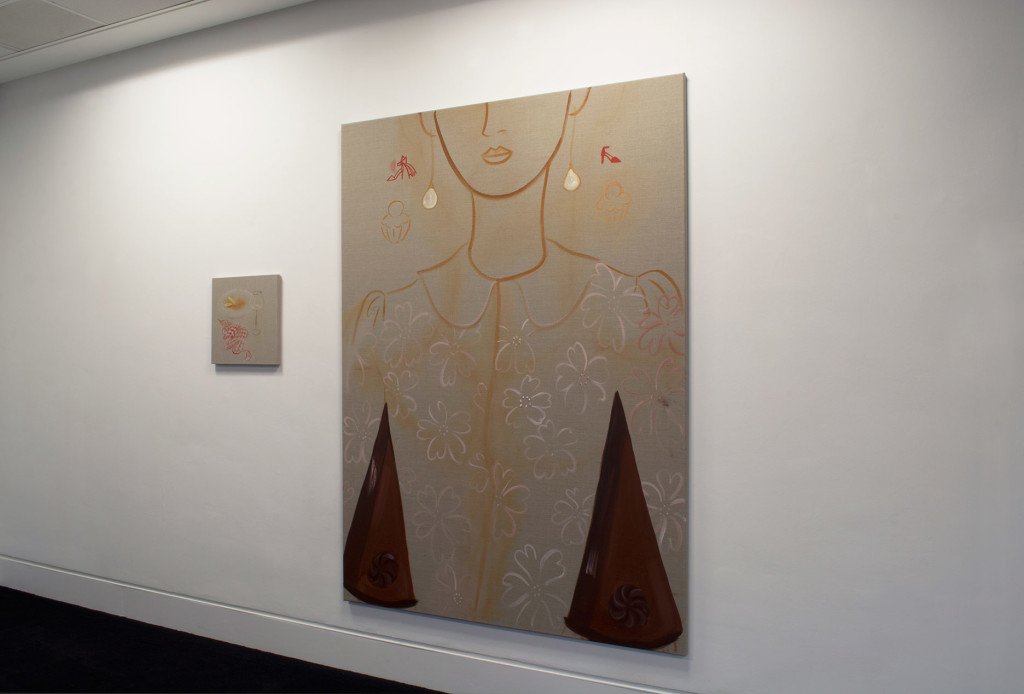 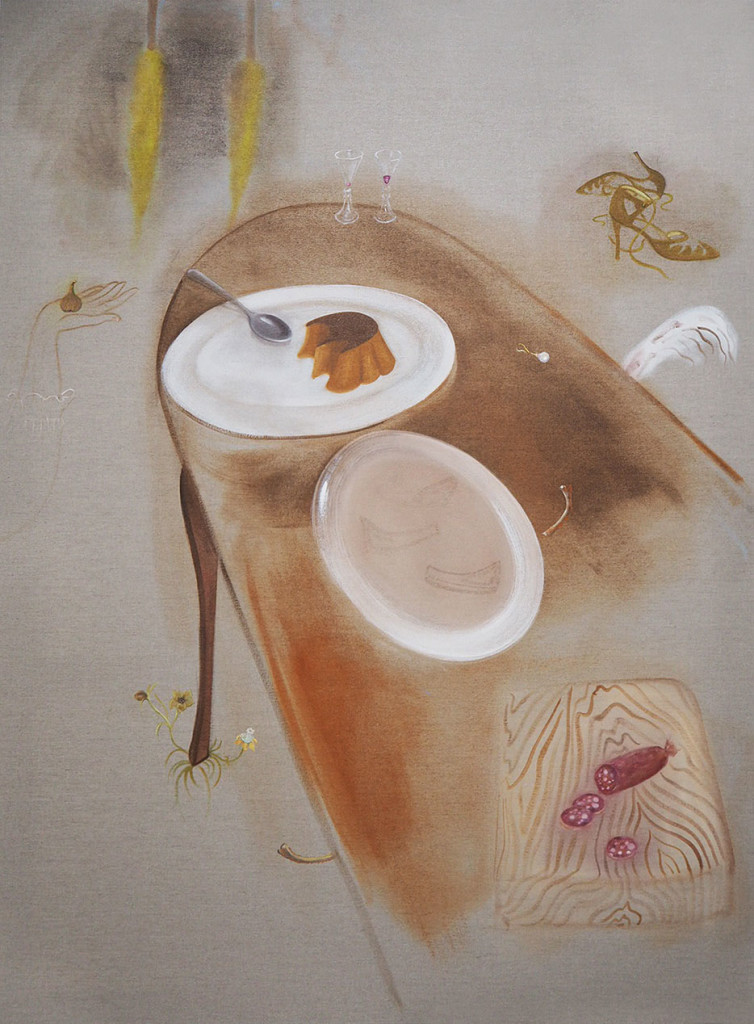 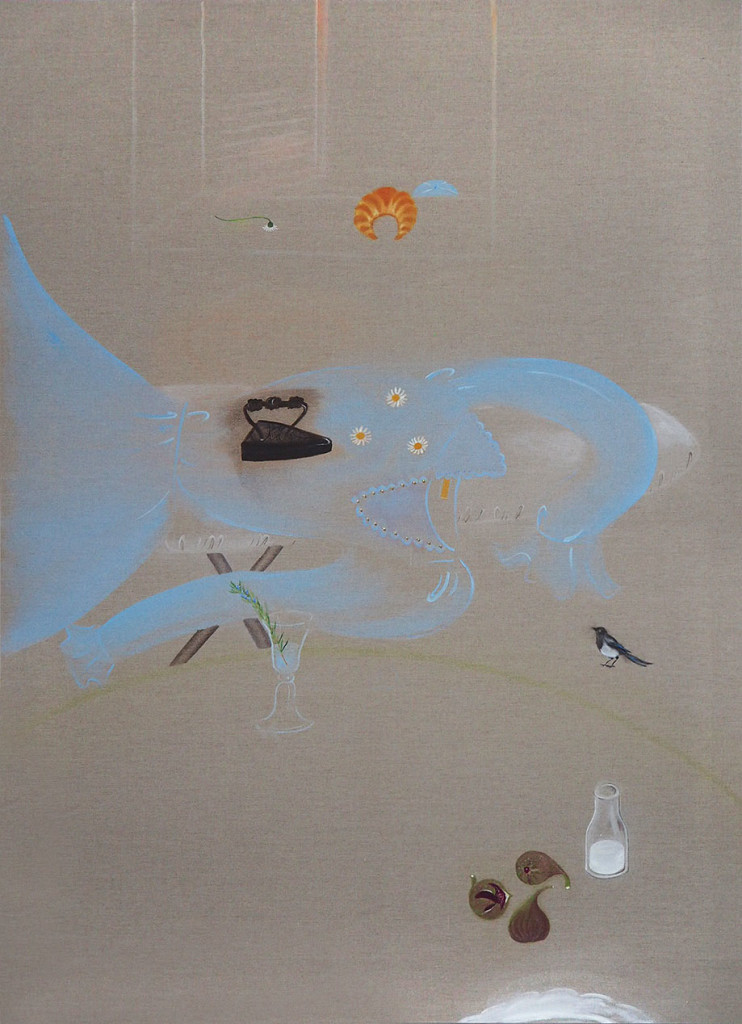 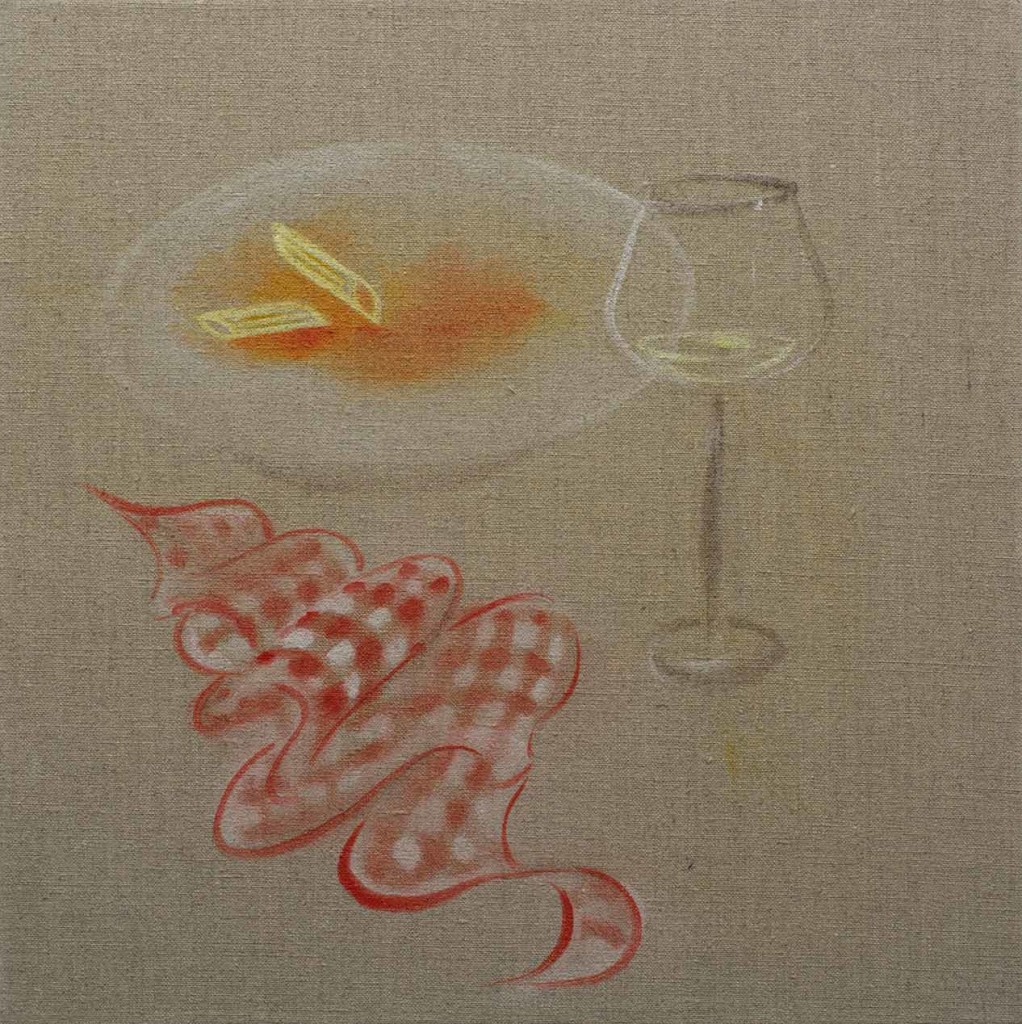 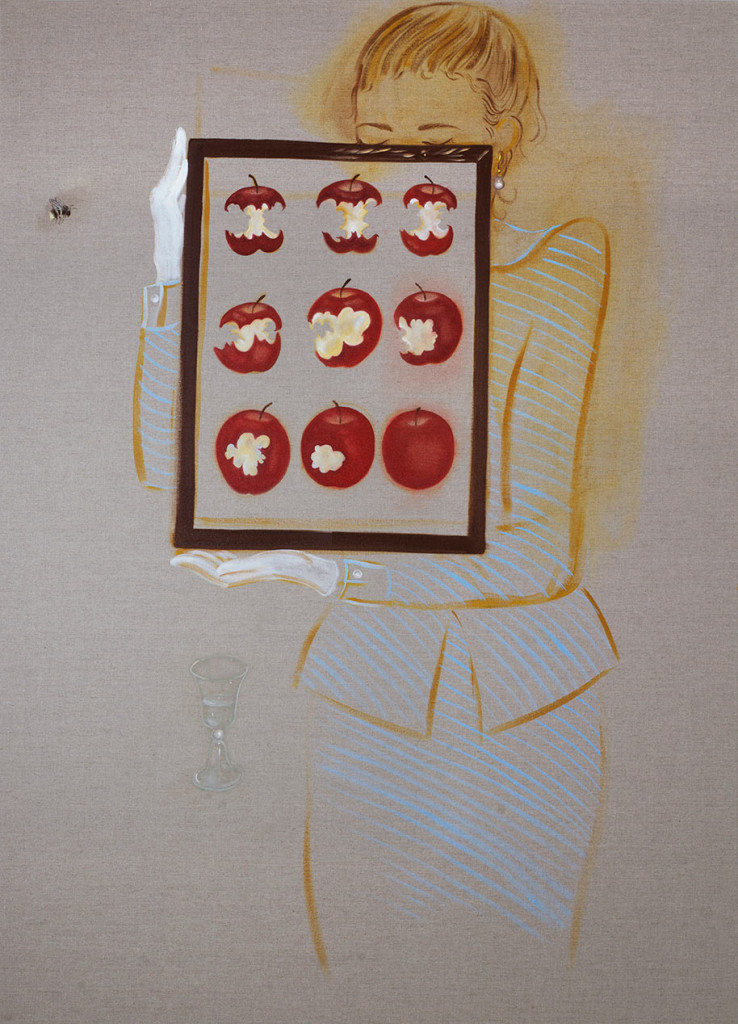