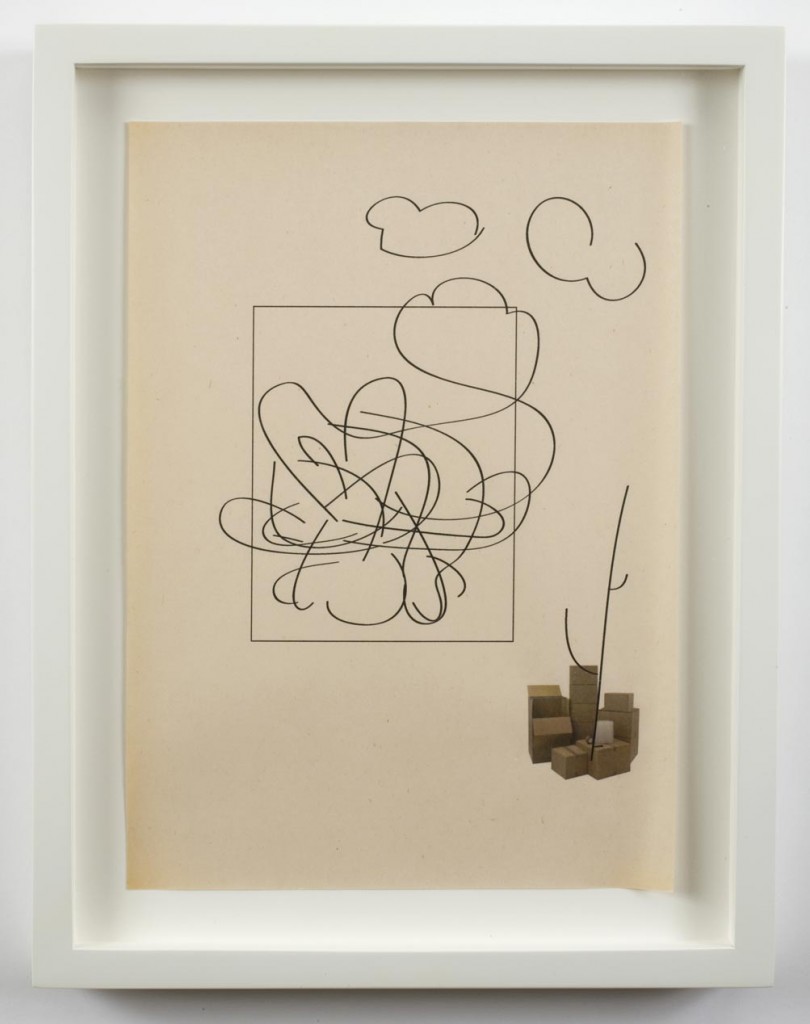 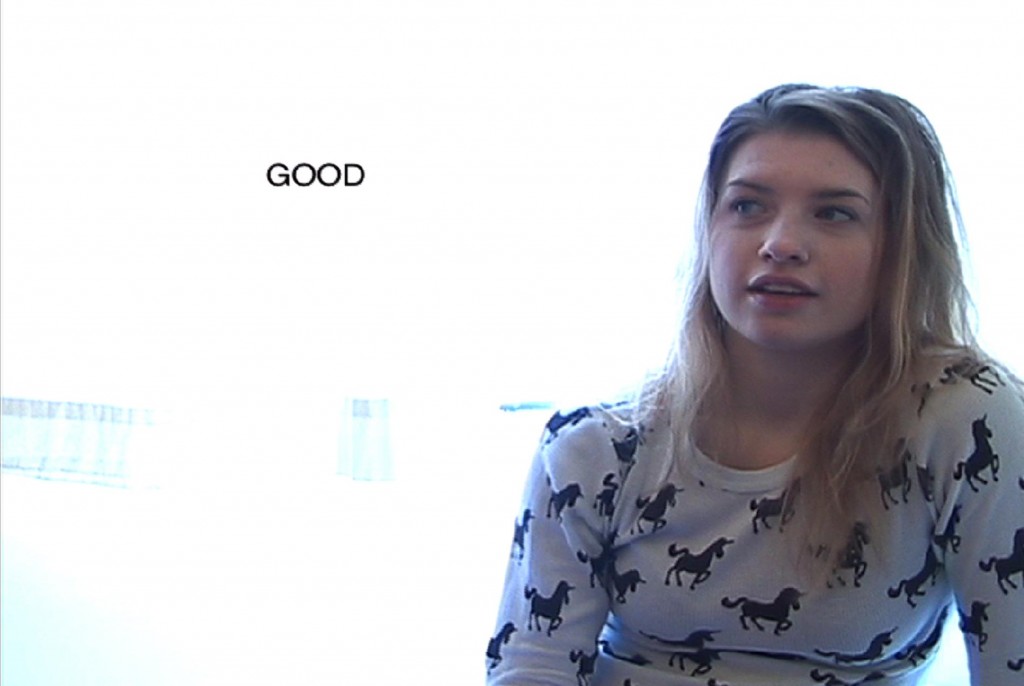 “But let us begin at the beginning. We will begin with the following sentence, by which something undoubtedly started to dawn on modern thinking, that is, something began to surprise itself in it, something with which we have not yet finished: “But philosophy is not meant to be a narration of happenings but a cognition of what is true in them, and further, on the basis of this cognition, to comprehend that which, in the narrative, appears as a mere happening [or pure event –Trans]”1

What makes Uri Aran’s art a meaning[full] event is not only that it happens, but that it surprises (diverting itself from its own “happening”, not allowing it to be an event – but surprising the being in it, allowing it to be only by way of surprise). Thereby Aran’s events; which adopt the forms of videos, drawings and sculptures are simply extraordinary because they have the unstoppable capacity to not only surprise the viewer, but themselves and perhaps even the person that made them (or more precisely, makes them) as they are, by definition, unfinishable projects and therefore resist classification as static objects. They appear not to possess the will to resolve or define themselves in any conventional expected way, perhaps because they are essentially experiments with the infinity of possibility, exploring the potential to become.  And anything that is in a state of continual becoming can have no past tense.  It is often said that we have lost meaning, that we lack it, and as a result are in need of it and waiting for it. This idea, however, forgets that the very propagation of discourse is meaningful. Regretting the absence of meaning itself has meaning. Meaning always means, but this does not, per force, mean that it necessarily has to mean any[particular]thing.

Given that Aran’s work is triggered by the premise that understanding meaning begins with naming, Hegel’s sentence is indicative of Aran’s general philosophical approach, in that it can be read in more than one way. According to a first reading, Aran’s art signifies that the task at hand is to conceive that of which the event is only the phenomenon. But, to be more precise, there is first of all the truth that is contained in what happens, and in light of this ‘truth’, the conception of its production or effectuation, which appears from the outside as an event, pure and simple, exactly because it is not conceived. On this account, the event-ness of the event (its appearance, its coming to pass, its taking place) is only the external, apparent and inconsistent side of the effective presentation of truth. The advent of the truth as real, which is contained in the concept, disqualifies the event as a simple, narrative representation.  Therefore anything that Aran proposes as a narrative representation of reality, or truth, is possible (meaningful): ‘A’ is for Banana.

Similarly, by deconstructing his videos into their constituent elements, by dividing and separating their defining constructional symptoms; cinematography, story-boarding/script, sound, space, pace, editing and action, he disrupts the expected narrative structure, and in turn, the way in which we anticipate meaning and/or narrative, plot, story; truth, to develop, or indeed mean anything specific, or at all2. C is for desire. This is epitomised in The Donut Gang, in which, Aran employs the formal elements that approximate easily digested models of filmmaking. It sports casual attitudes of a well crafted, but seemingly lightweight, causeless, nonsensical, open-ended narrative, in which the actress serves as a self-aware cliché of an ‘actress’. Furthermore, extra doubt is contributed by a voice-over that represents a confused idea of knowledge and the artist who himself serves as a manipulative participant in a game that conspiratorially renders meaninglessness meaningful. Indicatively, throughout Aran’s practice the means of production links directly to causal effectuation.

What do I know to be true? I know that Aran’s video Harry (2007), breaks my heart, yet simultaneously, I intellectually comprehend that this is not ‘true’, although a truth, that I could be being emotionally manipulated into something that becomes. The same is true of Untitled, 2006, in which the artist sits in an otherwise empty room, crying, comforting or being comforted by his dog, and as both persist in emotionally tearing me apart, I have to think very hard to figure this out before the daily encounter with the exhibition pushes me over an edge.

Harry is structured on what appears to be a night time newscast, filmed in front of a construction site. However, the prosaic nature of the action is emotionally amplified by the drama of the lighting, the slowed motion and the visual impact of the workers struggling against extreme cold. The newscaster is muted and replaced by a disembodied narrator reading a love letter, expressed with the exaggerated cadence of a Victorian romantic. He describes his feelings for a lover in clichéd terms that rely heavily on animal metaphors. The purple and gilded prose, the tortured similes and the disruption of repetition are almost contained and even transmuted to magical evocation by the skill of the voice-over actor. Repetition of the script gradually reorients the focus from established literary comparisons; “he is as gentle as a bear, as hungry as a wolf, as wise as an owl” etc, to the power relationship between the camera, the subject and the viewer – leaving us again with doubt in respect to how truth is ‘manufactured’, rather than that it simply exists. Unable to piece together the fractured mood we seek clues through the intertextuality of visuals, language, and shared cultural experience, only to be confronted with open-endedness; a litany of questions, that are all meaningful, but have particular meaning.

Untitled, employs fewer elements; the artist, the dog, the room, the tears, the camera, the edit. But similarly an emotional confusion is triggered by the subtle conflation of pathos and bathos.  The action and ambient sound are slowed, the contact of the hand on fur, the way in which the dog’s skin wrinkles and retracts with the rhythmic stroking of the artist’s hand (a visual pun?)3, leaves an unforgettably emotive imprint of the animal’s unconditional love. At such a simple yet powerful outcome (this is generally a useful word in understanding Aran’s purpose) all other attendant issues or constructs fall aside, we simply cannot resist emotional empathy, nothing else matters. Good Dog.

The wilful misapplication of taxonomy is yet another tool in the skill-set of the challenging, philosophically astute art of Uri Aran. According to the laws of infotainment/ pedagogical structures; ‘A is for apple’, but in the hands of Aran ‘A’ can stand for anything. In his own understated words; ‘all letters are good, but some are better than others’4. This questioning assessment of the alphabet in Aran’s videos is of course not based upon anything as prosaic as functionality, or even taxonomic determination (noun, consonant, etc), but the idea of a given letter’s phonetic capacity, its potential to realise, or release emotional or sentimental outcome.  The letter ‘P’ has more emotional impact, therefore greater meaning, than the letter ‘H’. Particularly when enunciated slowly, repeated with a time lag and accompanied by background audio track of Villa-Lobos. “The letter ‘P’, …the let-ter ‘Pea’… ”.

Doctor Dog Sandwich, is Uri Aran’s (lives and works in New York) inaugural solo exhibition with mother’s tankstation, subsequent to joining the gallery and his first solo exhibition outside the USA.

1 Jean Luc-Nancy, The Surprise of the Event; in Being Singular Plural, Stanford University Press, 2000. Pg. 159. “The following sentence” in question is taken from the second book of Hegel’s Science of Logic, in a text entitled The Notion [Concept] in General, which serves as an introduction to “Subjective Logic; or the Doctrine of the Notion”.
2 But as noted above, the declamation of meaninglessness is inherently meaningful.
3 Uri Aran is also prone to use his identical twin brother (doppelganger) in video works, so one can never be entirely certain whether the depiction of the artist is actually himself or a resemblance of self.
4 The artist, however, particularizes the point that; in ‘real life’ all letters are good – that there can be no hierarchy  – and only in the videos are letters “good” or “bad”, in terms of how they function when juxtaposed with particular music, visuals, or placement (what comes before and after), or the cadence and timing of enunciation. Simply put, some of these experiments work better then others, but relative failures must be retained to know the relative successes. 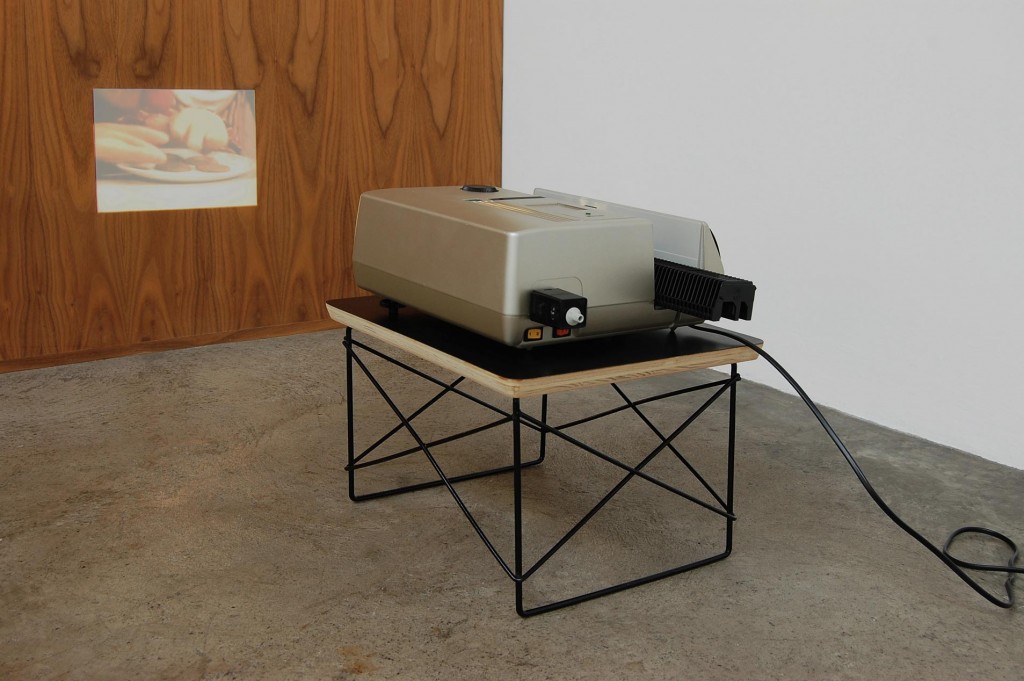 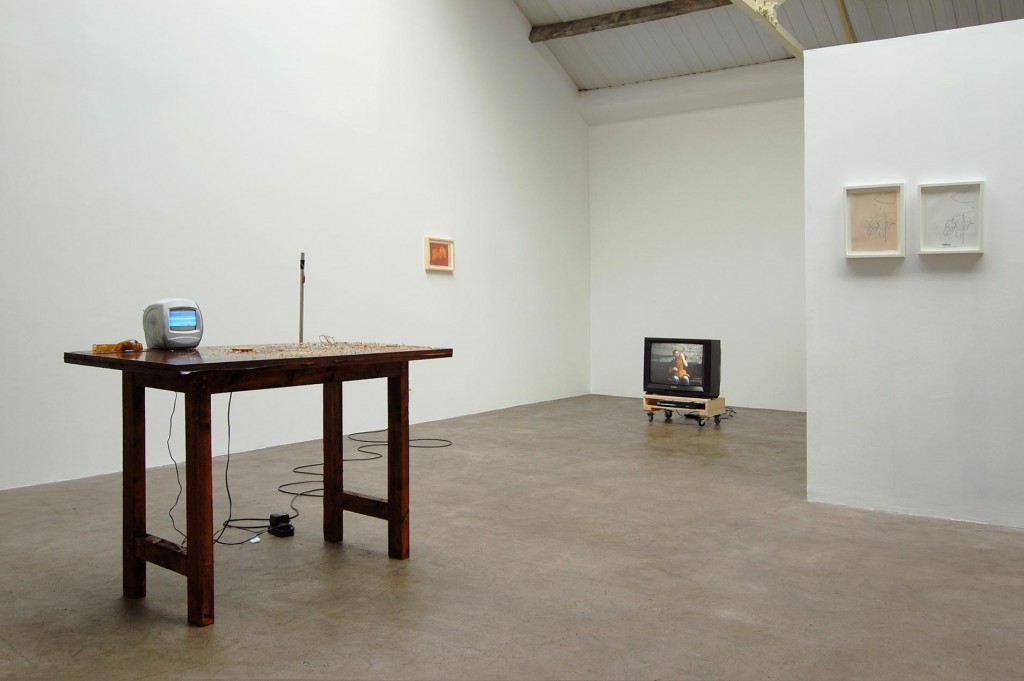 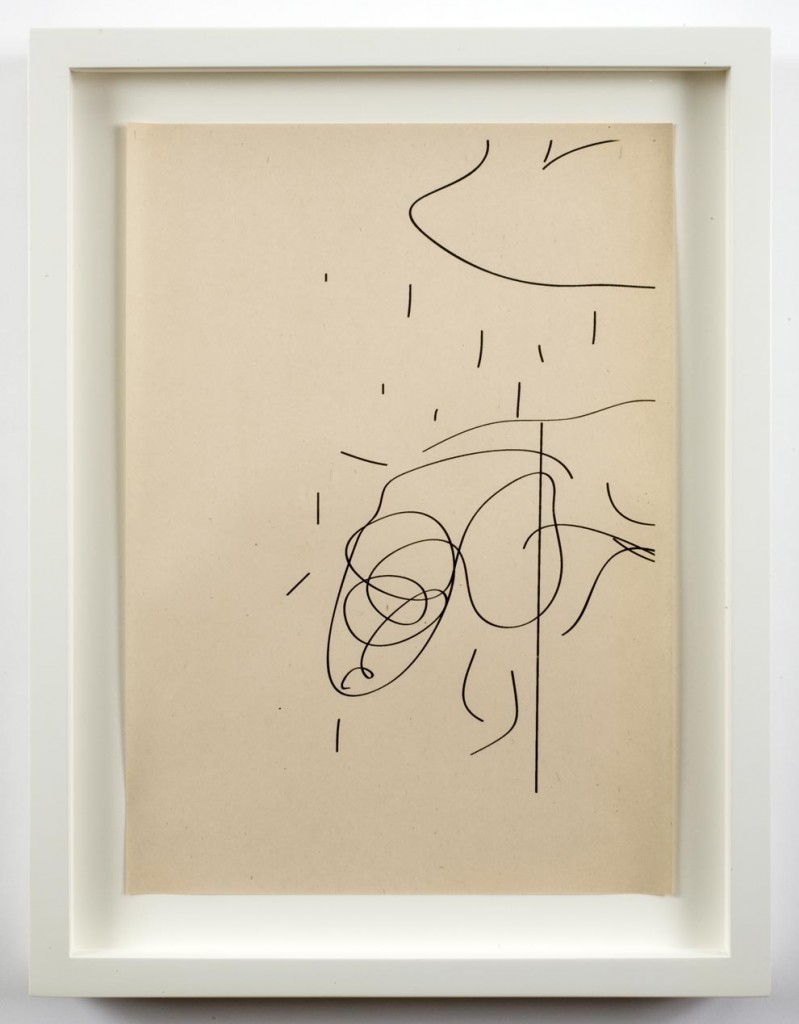 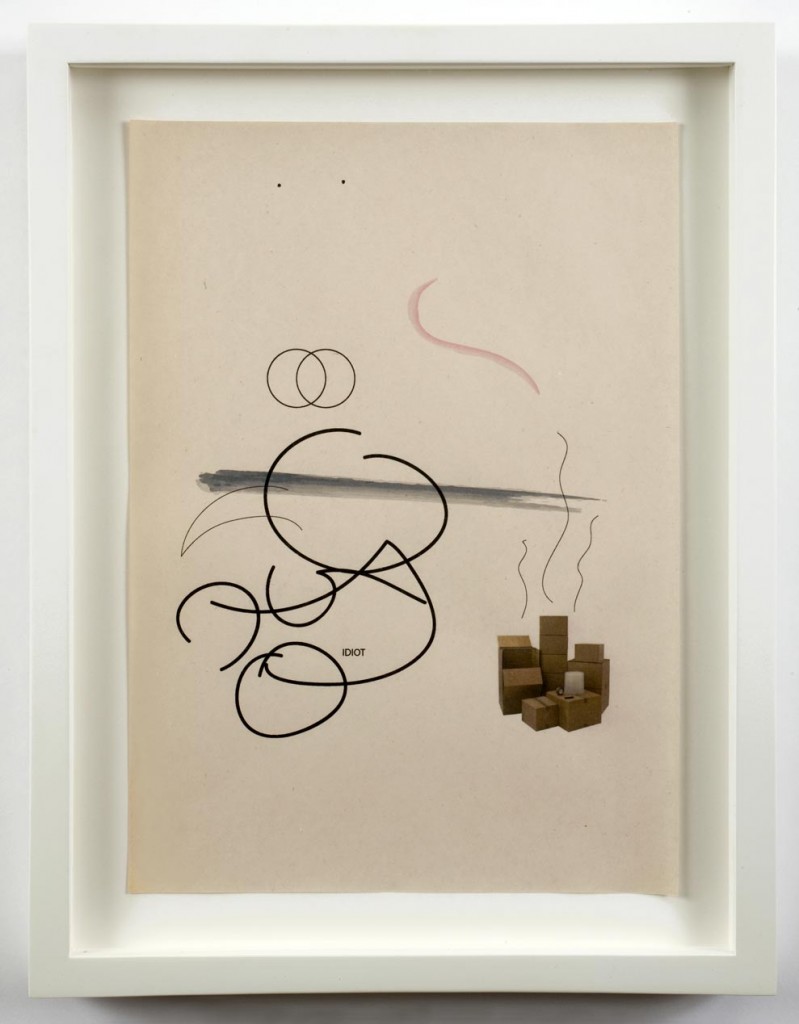 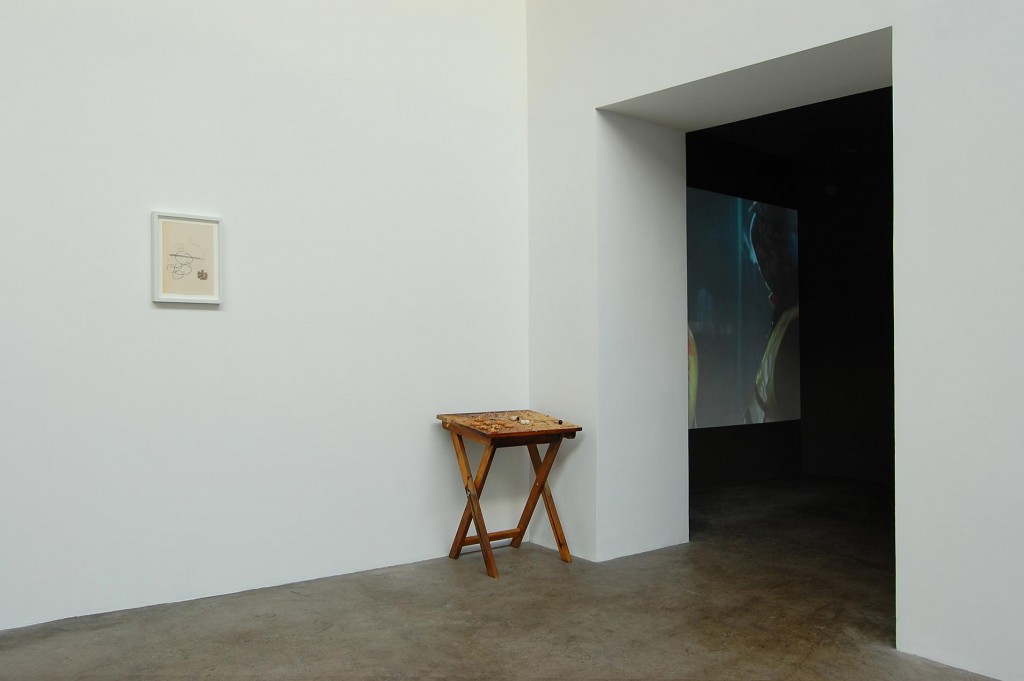 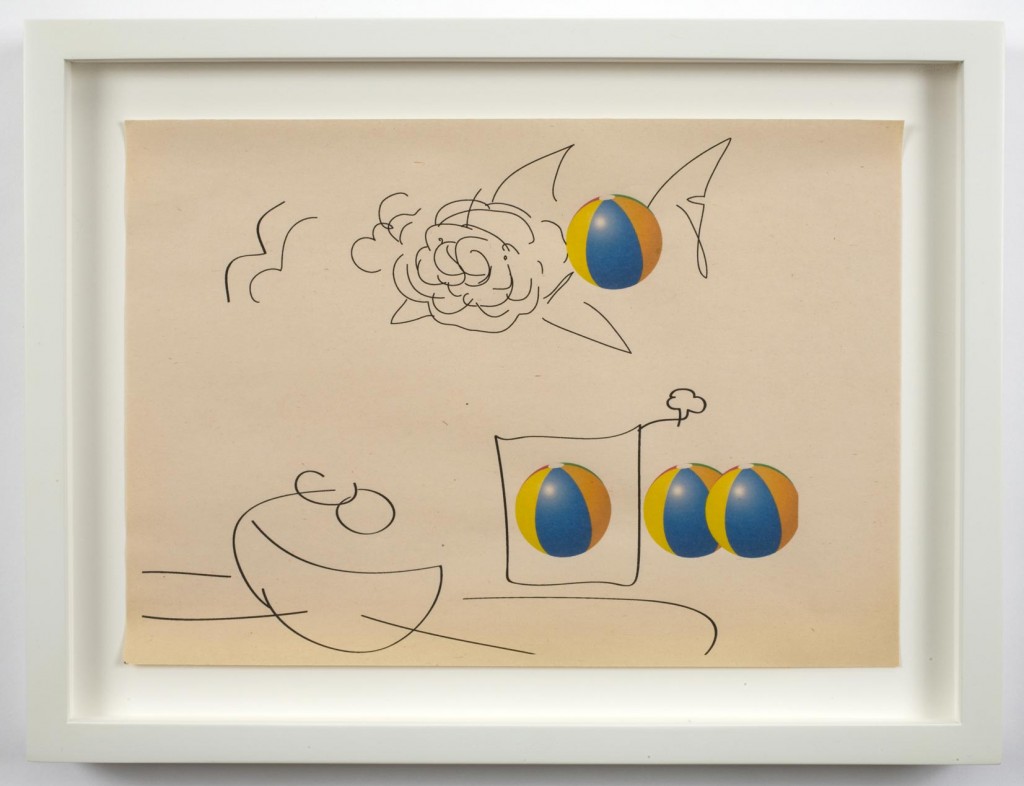 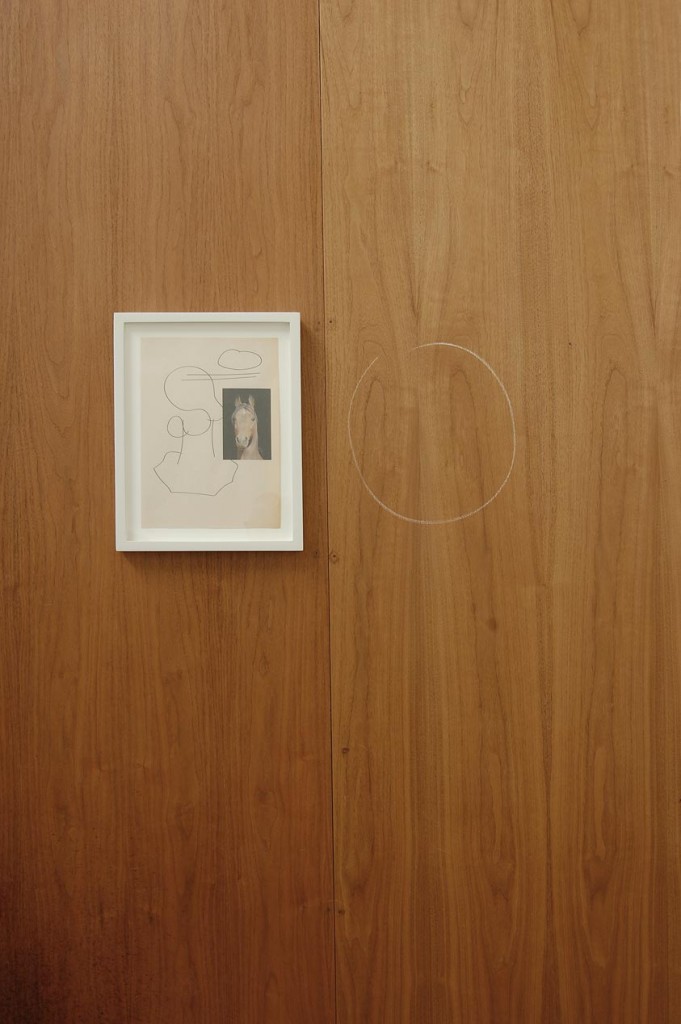 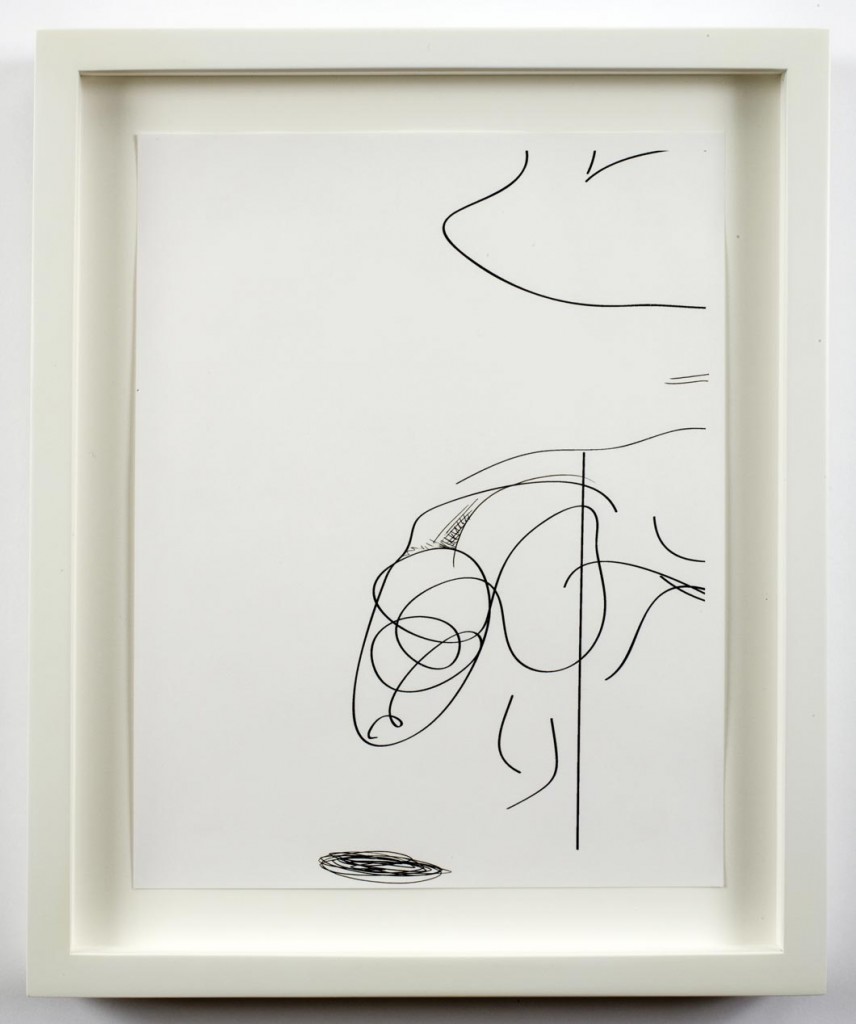 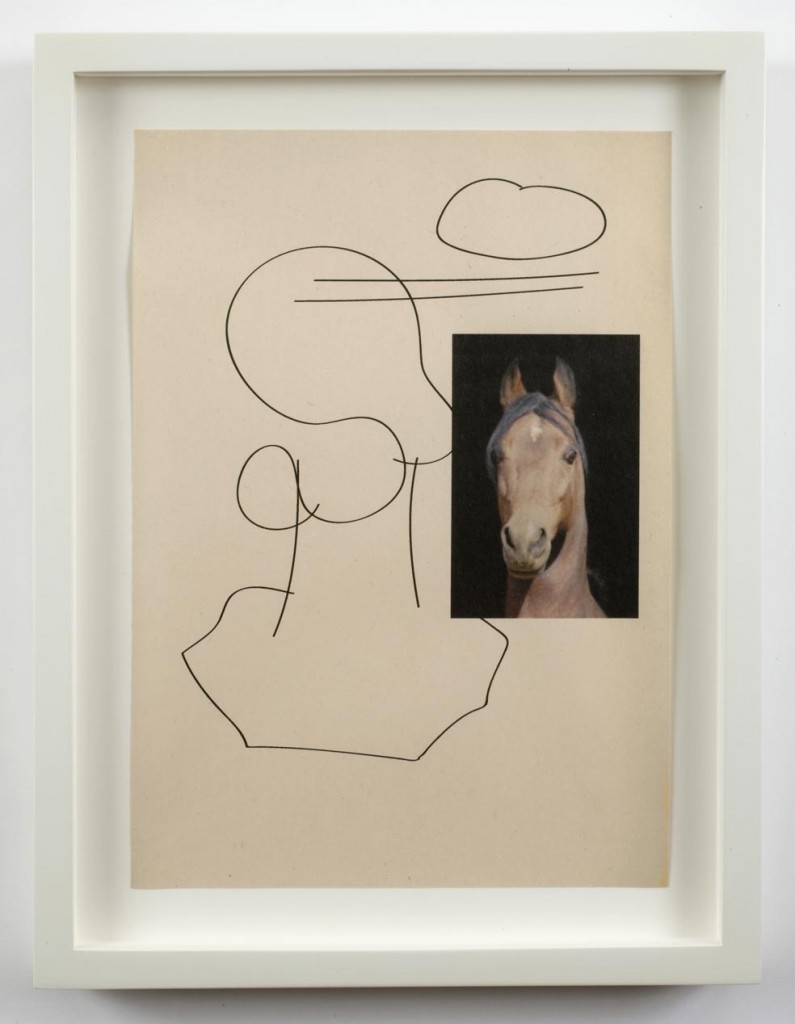 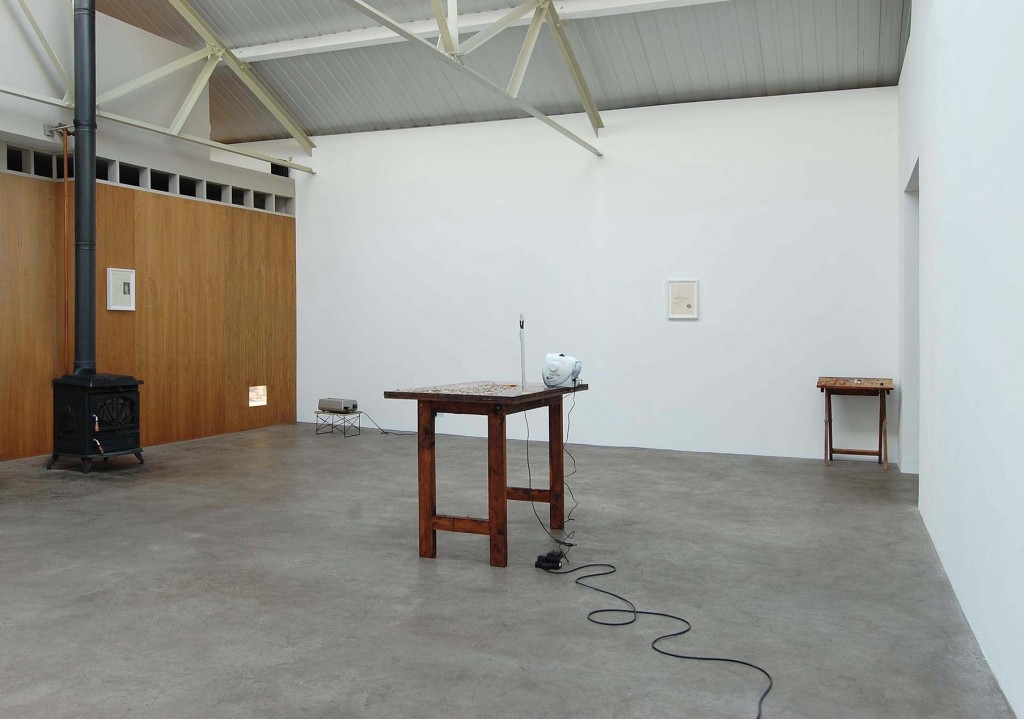 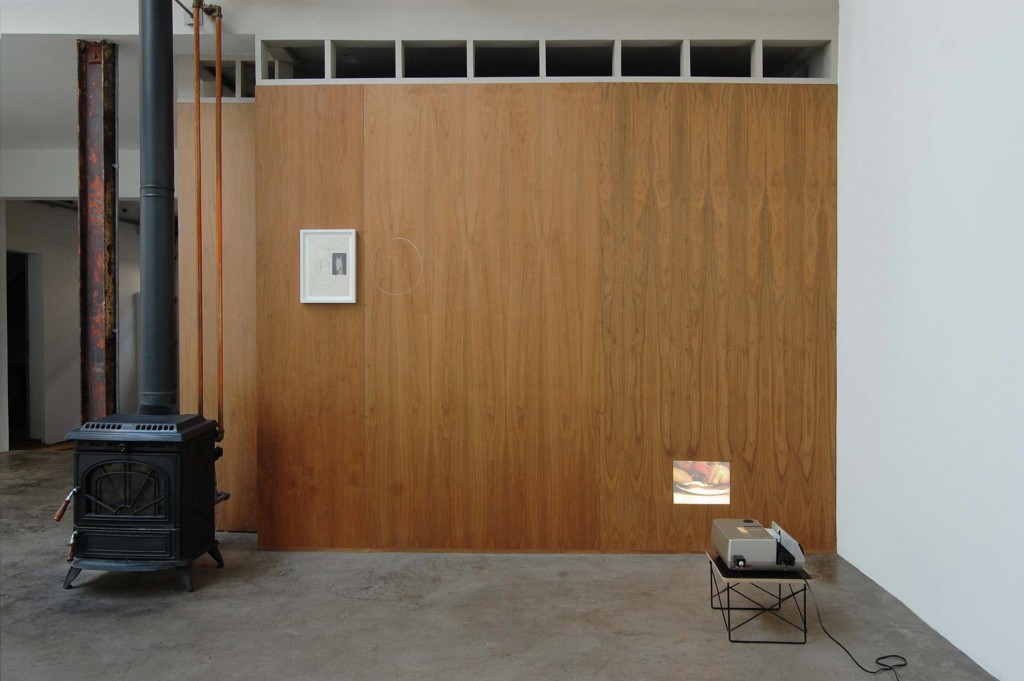 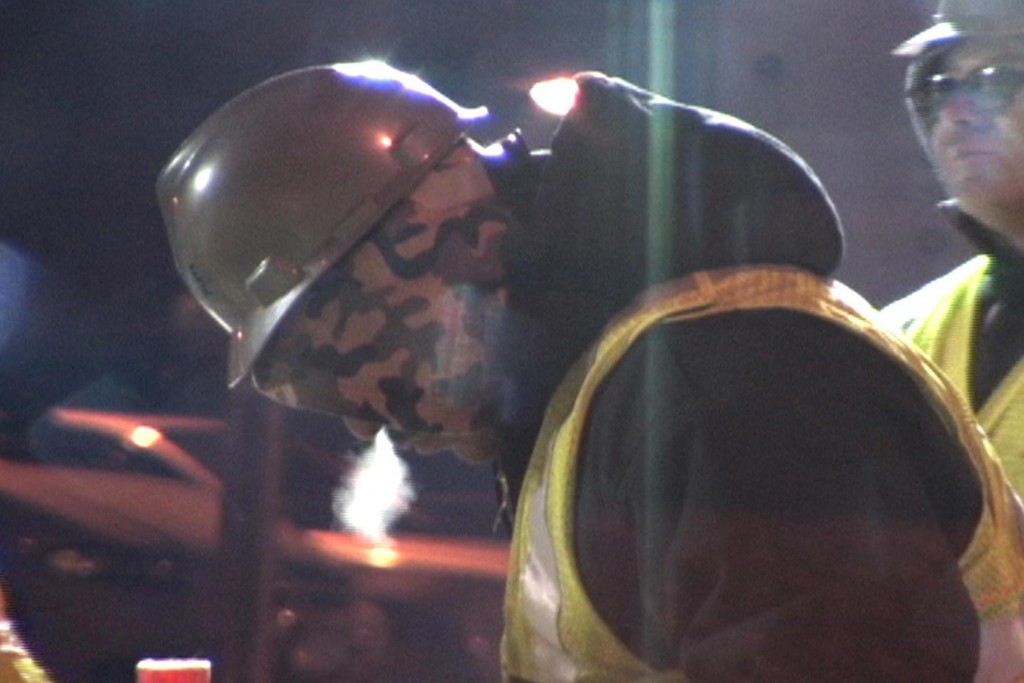 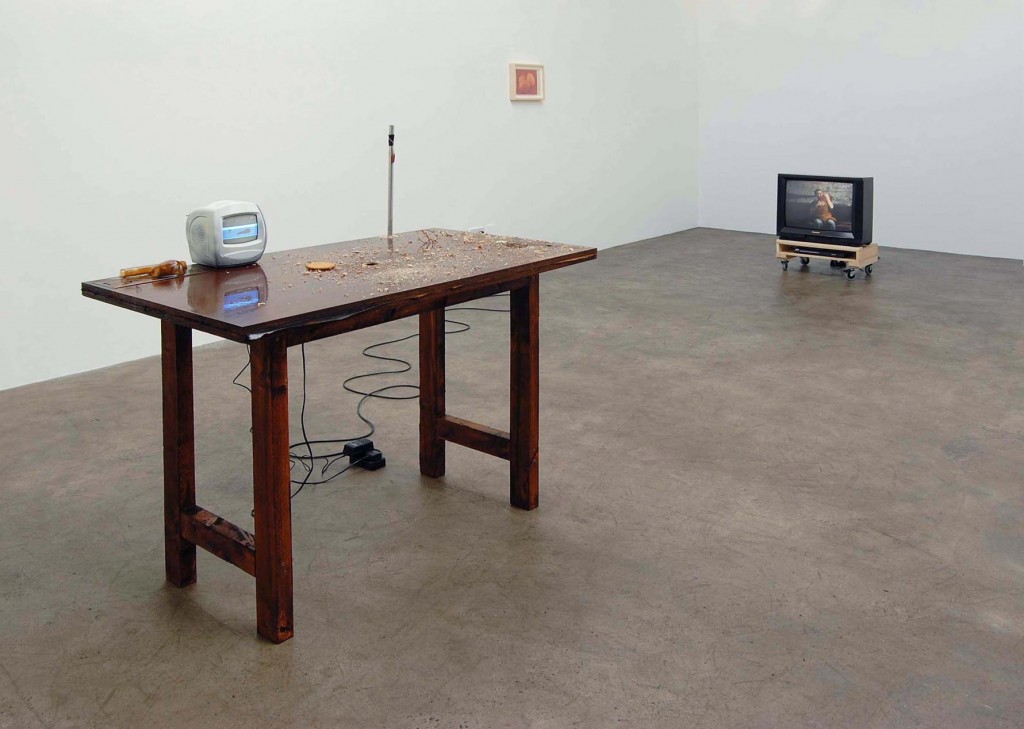 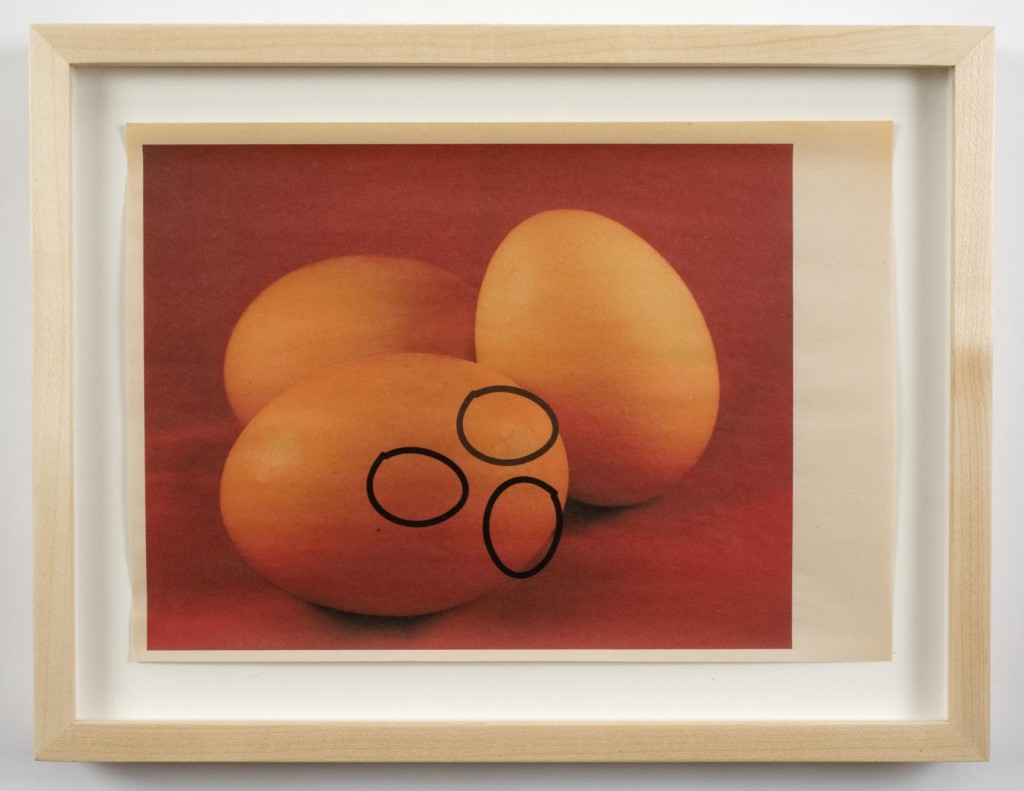