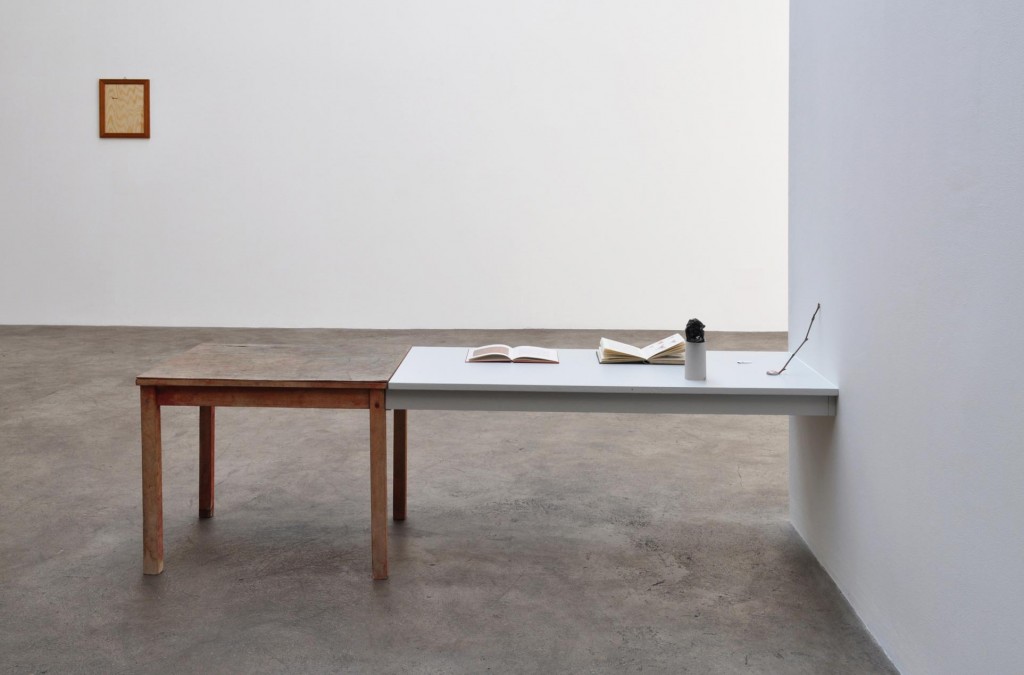 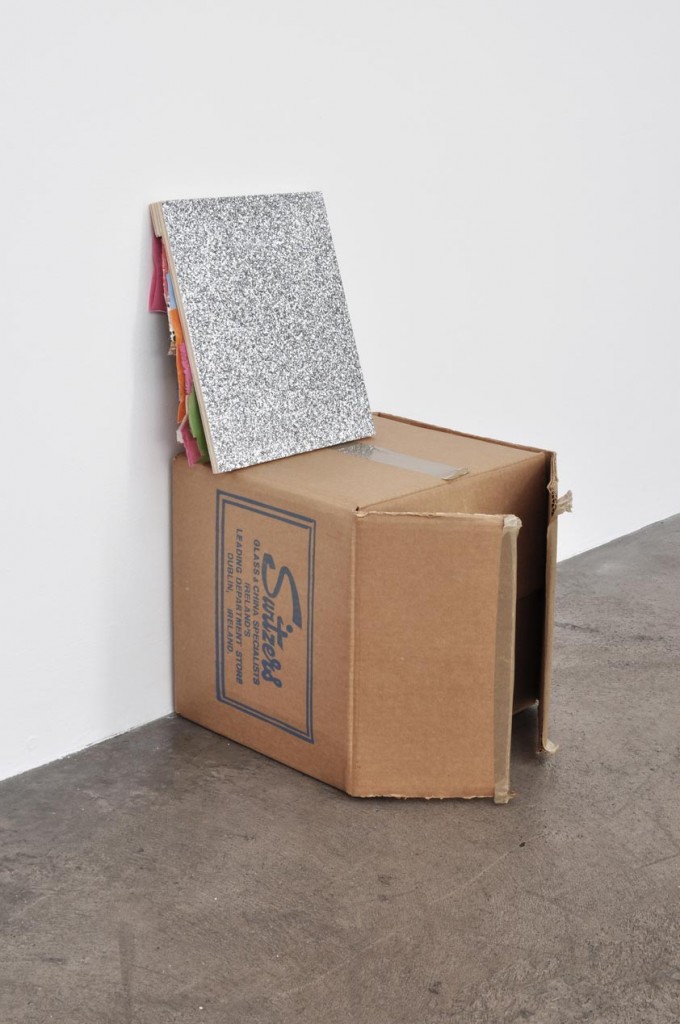 Nothing could be where or what it is not, nor could there be any more or less of it.

I am sending a found table, which I intend to extend in the space with some plywood (painted light grey I think). The child’s table was found in a meadow, and is at the very edge of its life, almost gone. It’s drawn quite strongly all over its surface making it a rather beautiful object…With this and through the space there will be a few other found objects – a book, a stick, a cap of a beer bottle, which has a star as a design. I suppose there is a [quiet but resilient]1 poetry in these small and easily overlooked things.

“…Many artists are interested in a sense of monumentality.” Fergus Feehily (when he is not rescuing forlorn, gracefully dying, child-size tables from meadows) conversely prefers to look very closely at small things. His barely-there2 objects, which engage an ambition equal to the largest-format work, re-direct the energy usually associated with scale, towards a continual and restless experimentation with the forms of art making. Feehily does not repeat or re-visit, but while most of his works take a very distinct approach to thinking about what constitutes a ‘painting’, they retain an extra-ordinary and particularized visual consistency. Given that no two works are ever made in exactly the same manner, it none-the-less remains a relatively straight-forward task to identify a ‘Feehily’. Even in the density of an exhibition such as Painter, Painter3, his three modest panels loom large against the majority of ‘grander’, more-muscularly-inclined art.

Feehily’s not-quite-paintings, not-quite-sculptures nor quite-drawings4, not only explore that which might formally constitute painting, but arguably attempt to more deeply intuit the spirit of what it might be like to be a work of art. His remarkable empathy with objects (exemplified here by the instance of his rescued table), in exchange for profound reward, demands a lot from the viewer in order to complete the loop of making, reading and understanding; certainly it involves bending, close-up-looking, and a good measure of pondering. The questions raised centre upon a core dialectic; that while appearing essentially simple in nature, Feehily’s work carries an explicit sense of care, work and time. These are hard-won things. Despite this, and without any sense of being over-laboured, the prolonged studio captivity of his work imbues them with a tangible humbleness and stoic grace that suggests that they have been well-brought-up and carefully taught to always walk in the shade. They demand love and respect in return.

John Hutchinson has referred Feehily’s work as having “a curious relationship between reticence and revelation”5, presence and absence, and as I write this I look out of a hotel window over the Hong Kong harbour, but curiously the esteemed Mr. Hutchinson’s phrase makes me think of our garden in the Irish countryside. A few weeks ago, while reading an email from the artist suggesting the exhibition title, disappearance, a tiny Wren (the smallest and most beautifully sculpted of the Finch family), alighted at high speed upon the slightest of hedge twigs only a few feet away from me. Twitchy, nervously looking around, he (I think a he) caught my gaze and in the fraction of a heartbeat (his – they have tiny hearts), gone. Three states in the fraction of a moment: not-there, present (and we both knew it), absent (missed). disapperance, I like it.

1 My addition, because I could not quite understand the word employed in the artist’s email from which this is extracted. The missing word seems, appropriately, to have disappeared into cyberspace.
2 Again, the artist’s (nearly) words.
3 Currently running at the Walker Art Centre, Minneapolis.
4 In a recent Frieze review, Martin Herbert famously remarks; “Fergus Feehily makes paintings, but only just…”
5 John Hutchinson; extracted from a brief introductory text published to accompany Feehily’s exhibition, Pavilion, at the Douglas Hyde Gallery, Dublin, 2009, and: http://www.douglashydegallery.com/exhibition.php?intProjectID=2 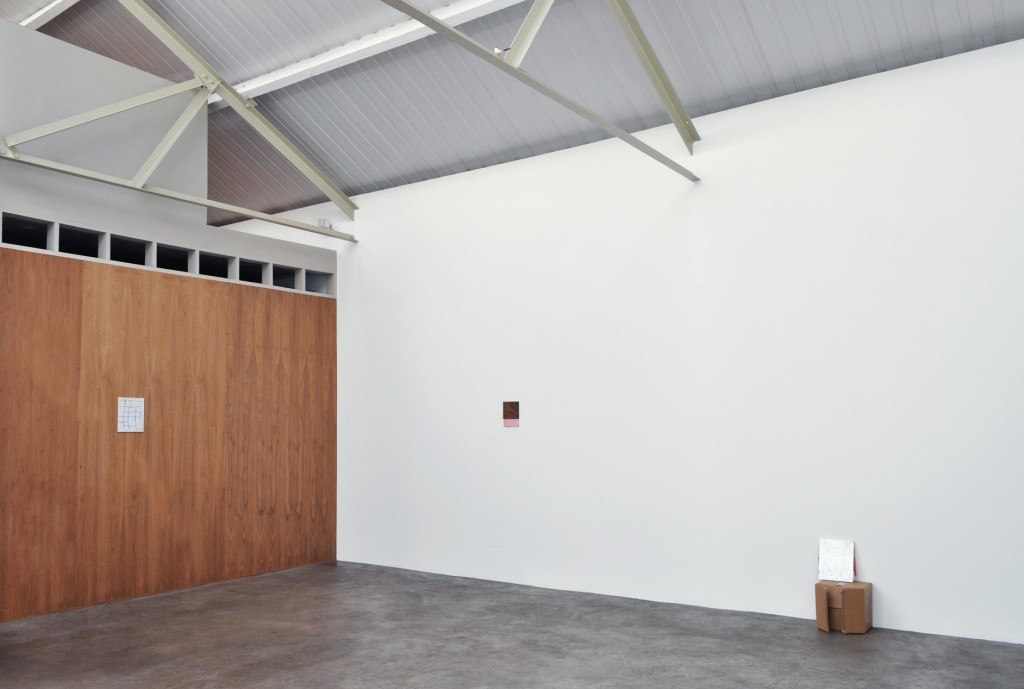 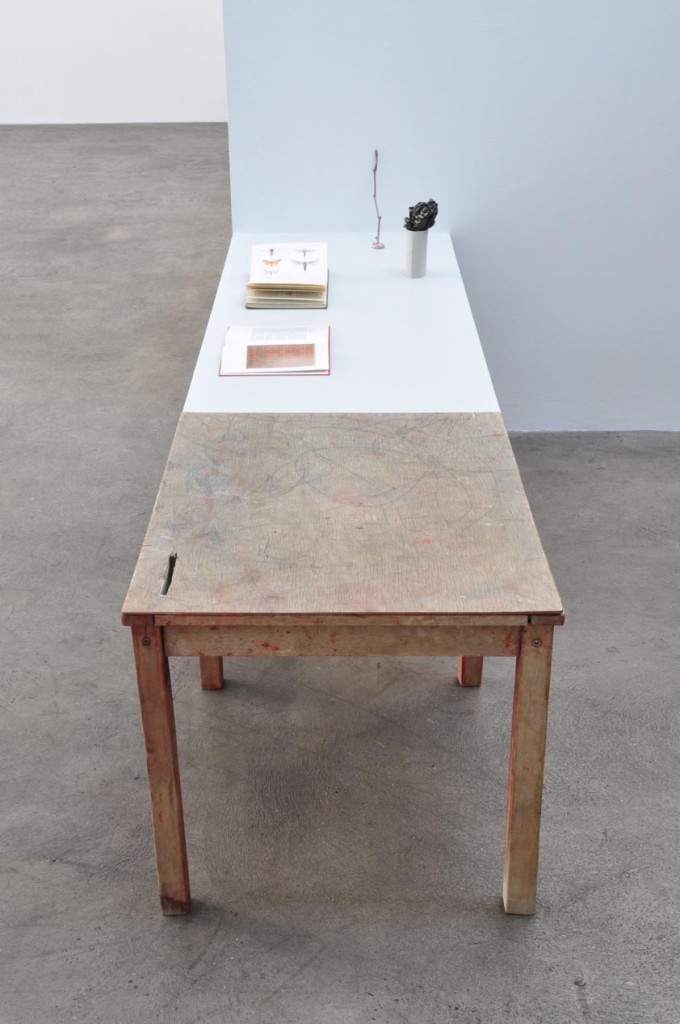 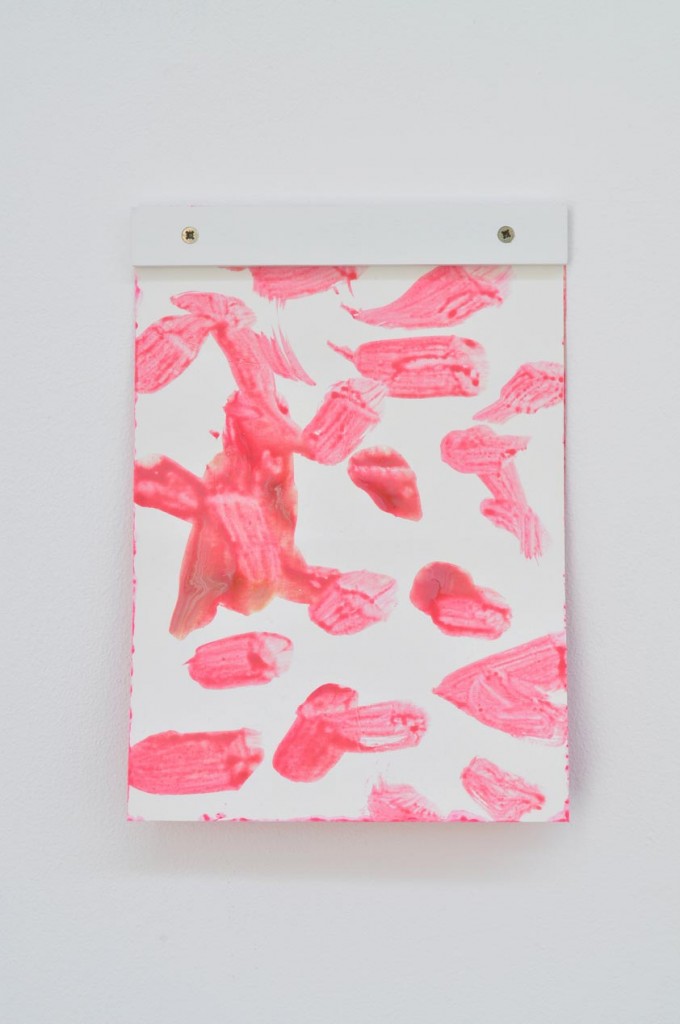 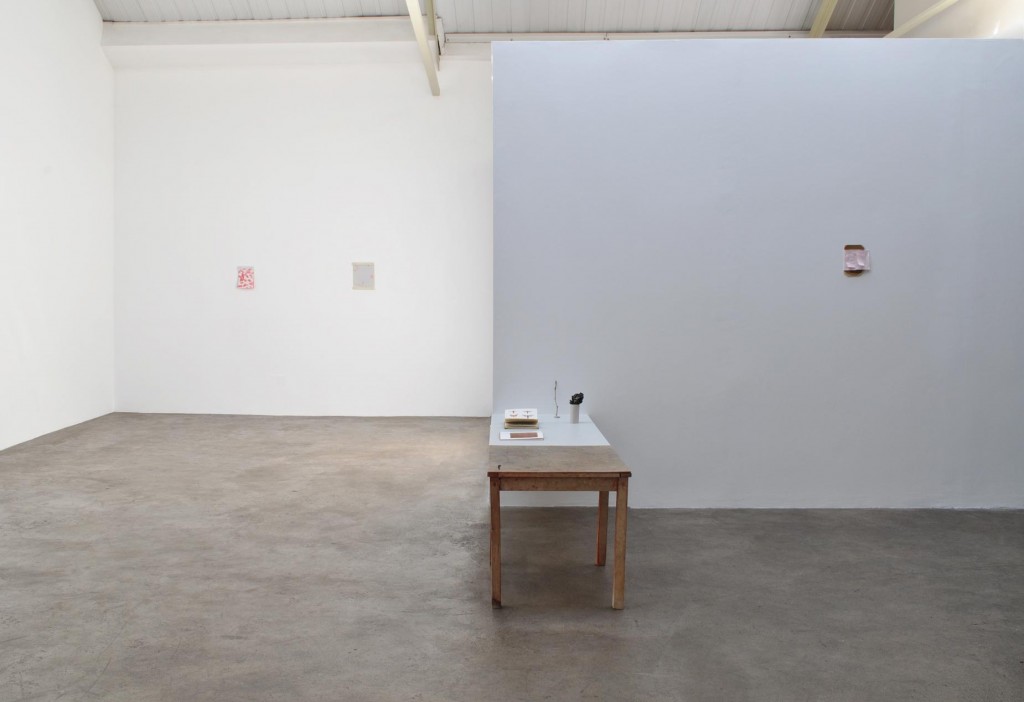 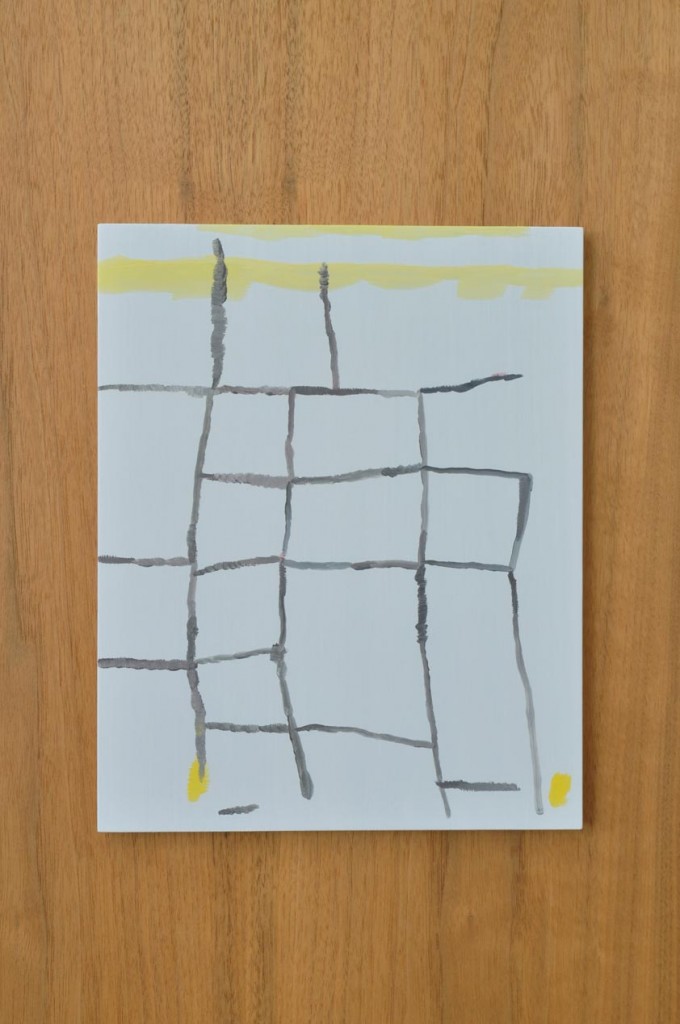 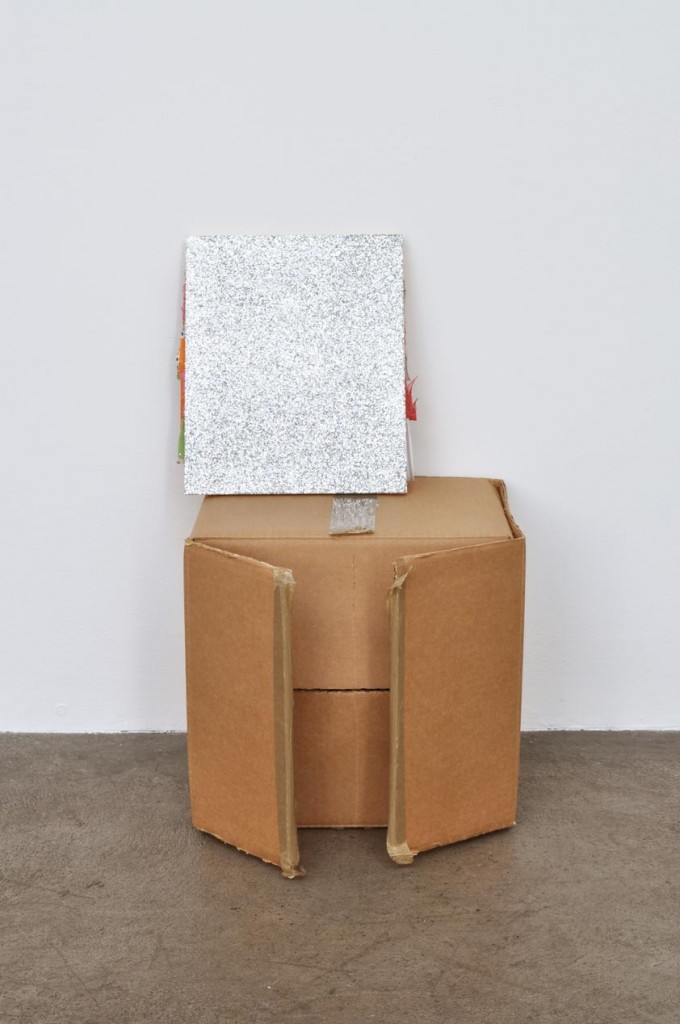 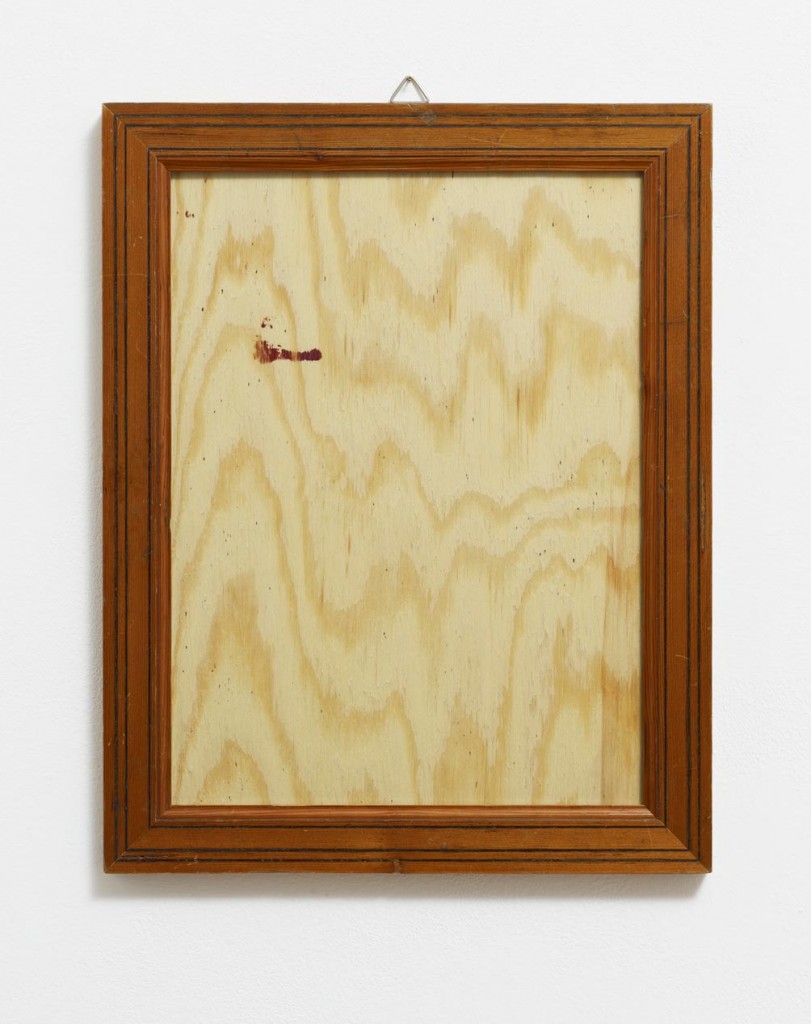 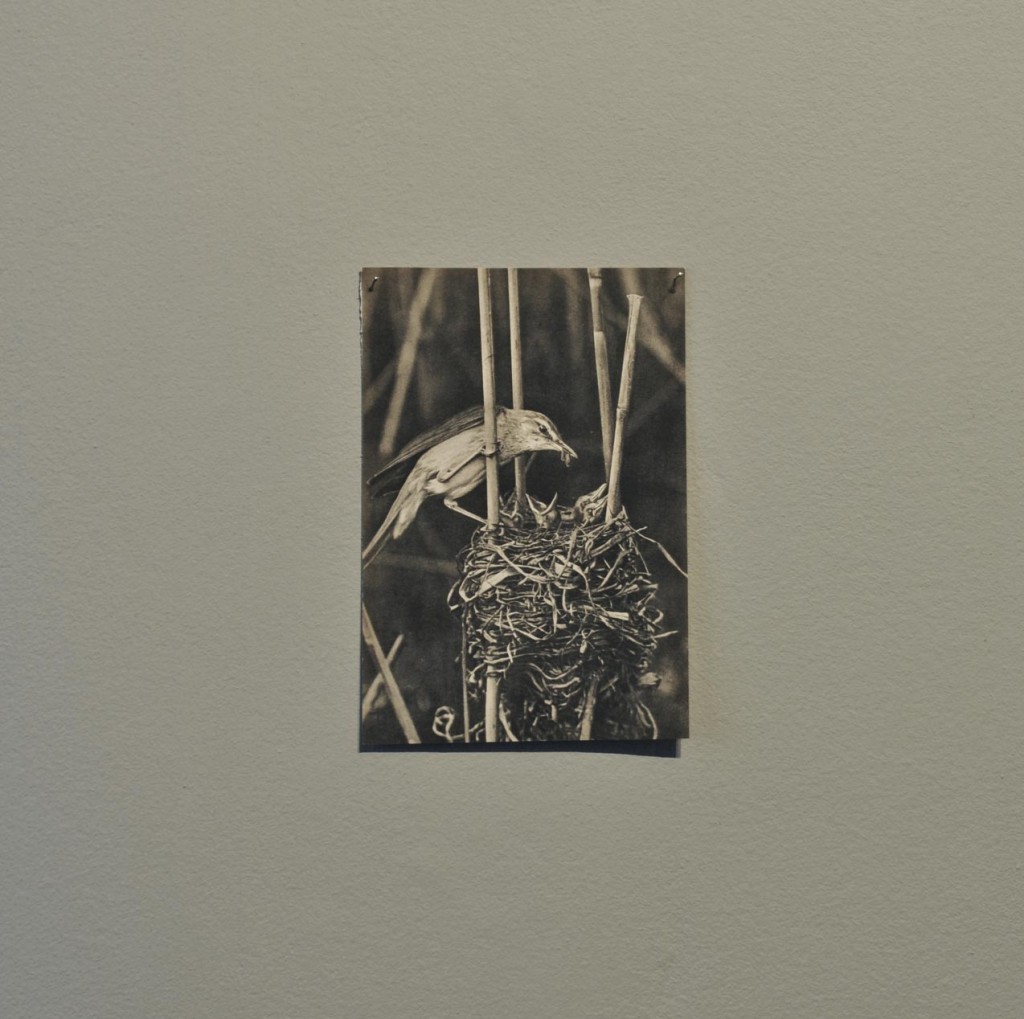