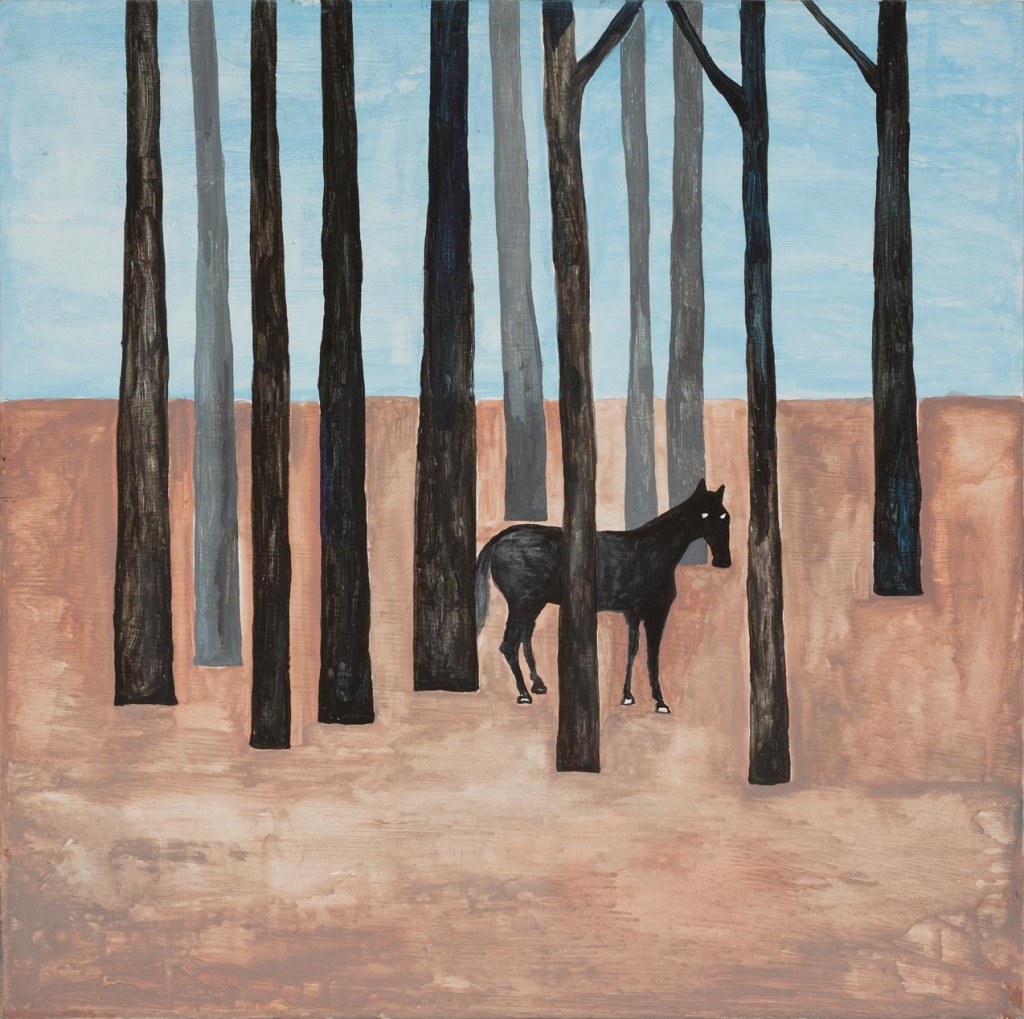 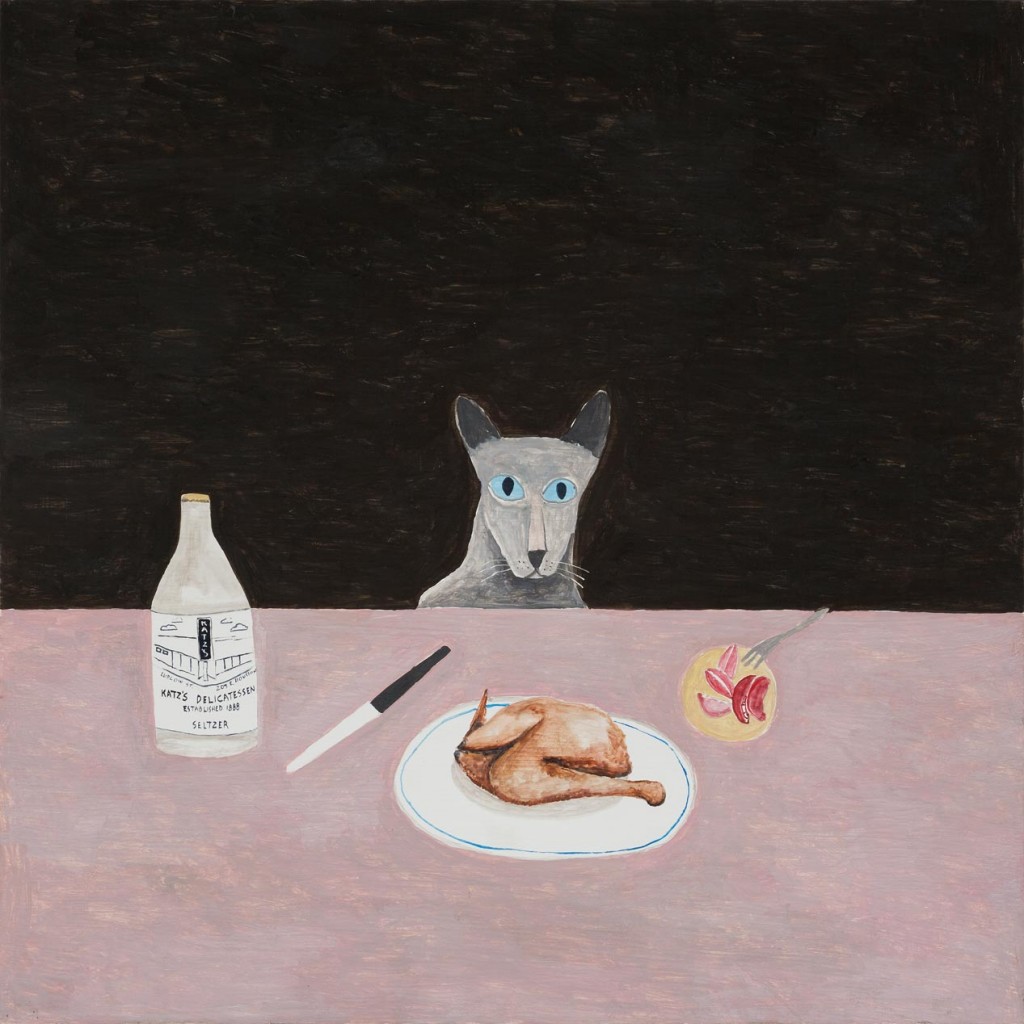 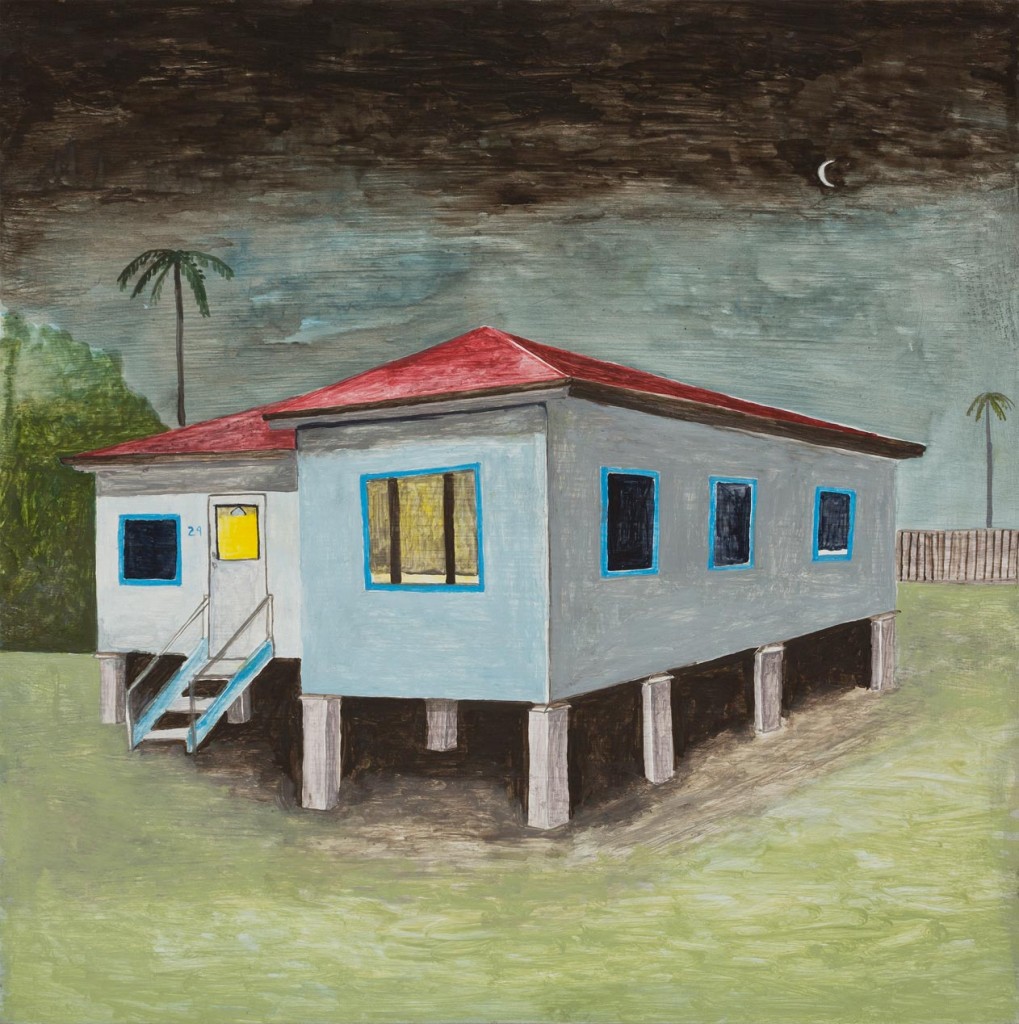 The usual way most of us try to conceal a spot… is to apply layer after layer of ‘concealer’ [not even a real word] over it in an attempt to cover up “nature’s little flaw” [sic]. Then because there is too much layered makeup on a focused area of skin, it begins to look so obvious that we try to blend it a bit, in a desperate attempt to fade-it-in over a greater area… [like a target?]… Irritated, the redness or darkness shows up again at the centre [my point…] and we go in with MORE concealer. The cycle goes on and by the time we’re done, there is a large area of thick, cakey product sitting over the blemish that effectively highlights the very thing we are trying to conceal.1

There are truistic life-lessons to be learned from the humble make-up blog; “nothing except a total absence of light [darkness, in other words] is going to hide a raised texture, because there will always be a bit of a shadow cast by your spot…” (ibid). The best, but least obvious course might simply be to leave it unconcealed, the subtle hiding of plain sight.

Noel McKenna’s version of the origins of the curious title for his second exhibition for mother’s tankstation, Concealing the Spot, is perhaps more cerebrally-driven and certainly more puzzling, than the above outcome of the Google search it sent me on. He notes in an email2 that the title came to him while (book) researching the obscure, post-academic, French/Swiss painter Félix Vallotton (1865-1925): “According to the text he was a ‘gloomy, bitter man’ who observed the world at a safe-distance. His paintings, a lot of the time, are about the everyday; single figures in rooms, groups of people in rooms, but the compositions – the way he uses negative space – creates quite disturbing and complex situations”.3 As I was digesting this and trying to forge associations with McKenna’s series of paintings of single animals emoting (begging) at breakfast and lunch tables for food, that centrally feature in this new body of work, alongside three Brisbane houses at night, two ‘cycling paintings’ and a ‘wildlife picture of a fish looking at an Owl’4, I read on: “…My eldest son is named Felix and the first dog we had when he was young was named Spot…”

As human beings we fashion consequence, nothing we do, say or think is so divorced or insulated that the artist’s expression of a relatively linear logic (?) arguably casts a textured shadow that understates more than it directly expresses. I have found that a peculiar pleasure in writing press release texts is the disproportionate amount of time it allows a writer and potential reader to think about irregular things, abstractly, spotted particularities that run against the grain of an agenda-driven, mediated world. Speculating upon a sequence of tenuous connections between a minor, moody French painter of symbolist leanings, to a beloved, but deceased family pet, of course opens a door to bigger questions that lay in wait, dormant in the gaps.

What, why and how makes someone, from Vallotton to McKenna, want to express the unexpected intricacies, the personal minutia – table condiments even – of a life through paint? Fascinating: Vallotton was accused of painting like a policeman…, what was of course intended as a criticism could so easily now read as a forensically-compelled compliment. McKenna periodically practiced relaxing with a pipe. Why are we drawn to quiet visions of near-to-nothingness, and what are their authors truly trying to say? Do great art works get made for an audience at all, or because artists often, compulsively have to? To which we are merely recipients of thoughts we could not, would not, think, because although precise enough to be universally empathic, as the good ones tend to be; they are simultaneously exterior, ‘other’ to us. Pursuantly, why are they – the particular, uncommon, choices an artist makes (condiments again) within an artwork (not to mention the on-going mysteries of ‘why’; why this artist, why here and why now?) constitutional of an exhibition, and what is its contribution to collective meaning/understanding? What substantially builds the sliding scales of bad to great art; vision, transformative and lasting commentary, poetry? We might need the policeman artist after all.

Aside from the “gloomy and bitter” reference, there are obvious correlations of interest between Vallotton and McKenna, heightened by the observation that the former was much influenced by Japanese woodcuts, a study which also largely centres on the positive-charging of negative space. With McKenna’s particular vision in mind, looking at a painting like Vallotton’s 1898 La chambre rouge, the subject is not really the interior room at all, but rather the two figures lurking in its exterior doorway and the reflection cast in the over-mantle mirror, of the part of the room in which the viewer might be hypothetically situated. Hence the commonality with McKenna, and why both artists link to Hopper, is the masterful undertow created by the un-showing or plain-sight-hiding of the thing the artist really wants us to see. Dog at Breakfast Table (2014) contains five apparently simple compositional elements: 1. A greyhound dog, Max, one good eye, the other greyed-out with blindness. 2. A blue-edged, white breakfast plate of two sausages, two strips of bacon, three segments of tomato, and two Lucas-esque fried eggs, one edging over a piece of toast, 3. A cup of dark tea in an ornate cup and saucer, 4. A table setting (knife and fork – long grey handles) for one, right-handed recipient, facing the viewer but absent, and implicitly exterior to the scene and looking on/in, 5. The fifth element is a dominant band of brown/black negative nothing that occupies the greatest part of the painting’s surface, high enough to hold an absent, seated figure and which envelopes Max. McKenna has manipulated Max’s head, so in a cubistic manner, both good and blind eyes situate on one side of his head. A glint in the good eye suggests the pathetic, begging contact to an absent master, and the dead one ambiguously, ironically, ‘eyes’ the breakfast. The dog sits patiently waiting for an answer or food that will not come. Simultaneously the dead eye creates a perfect modernist hole through the sculptural form of Max’s head, recessing so deeply into the background of the negative nothing that it becomes the painting’s Albertian vanishing point. The actual constituent elements of the composition become layers of ‘concealer’ which McKenna applies so that we do not see the point through which we emotionally and inevitably sink, right into the heart of the work, the spot, directly drawing us through Max’s dead eye. Meanwhile the huntsman, with faithful hound at his side, a painting-within-a-painting, rendered on the teacup, has us in his gun-sights.

The odd thing is that McKenna’s observational choices may come from the normal, the ordinary everyday – the super-normal as he calls them – but they come out the other side as extraordinary, metaphysical, unconcealed.

1 Mis-appropriated from http://www.makeup-box.com/post/46902143869/my-quick-trick-for-spot-concealing-the-usual
2 It should be mentioned that these are quite rare events and therefore note-worthy in themselves, as Noel McKenna happily settles in and for a pre-internet and mobile existence. Despite (ironically) his rather wonderful and very ‘McKenna’ Instagram account.
3 Ibid. the artist’s email notes.
4 ibid. 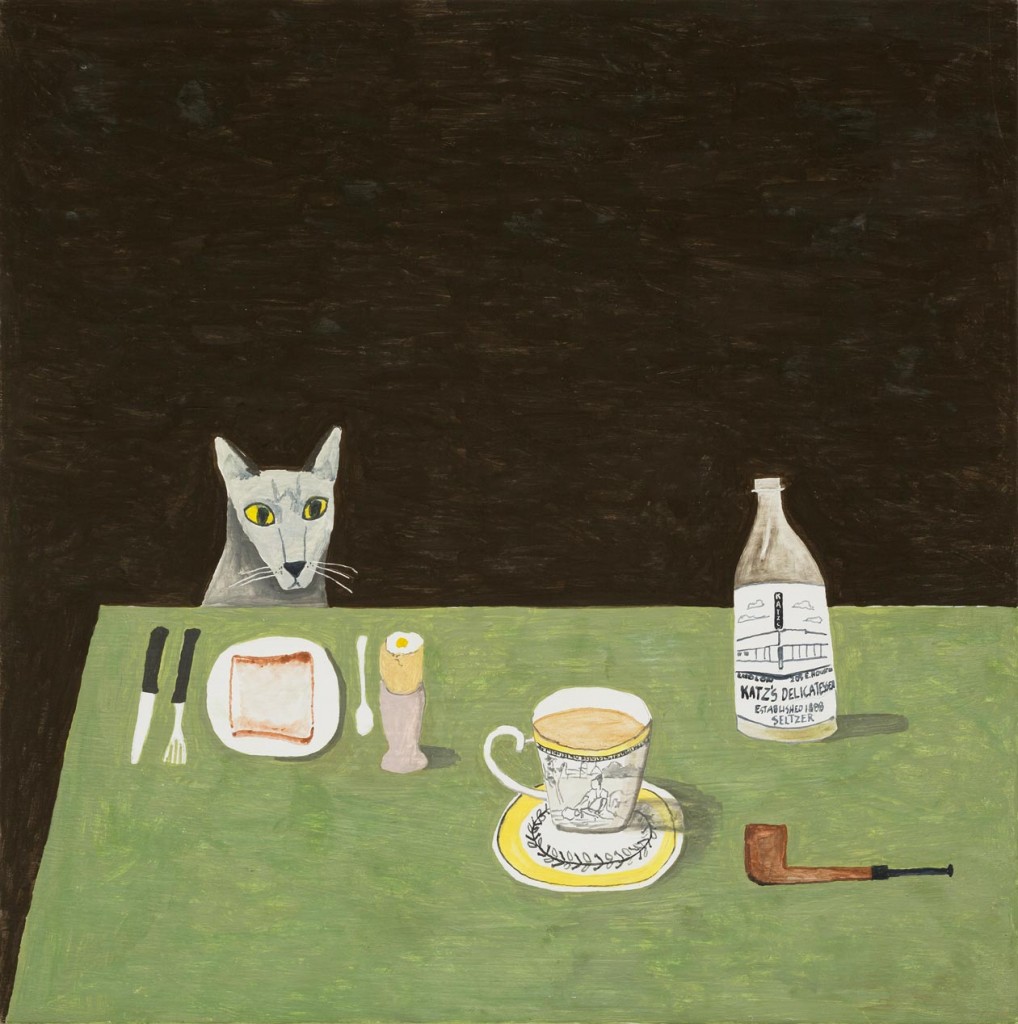 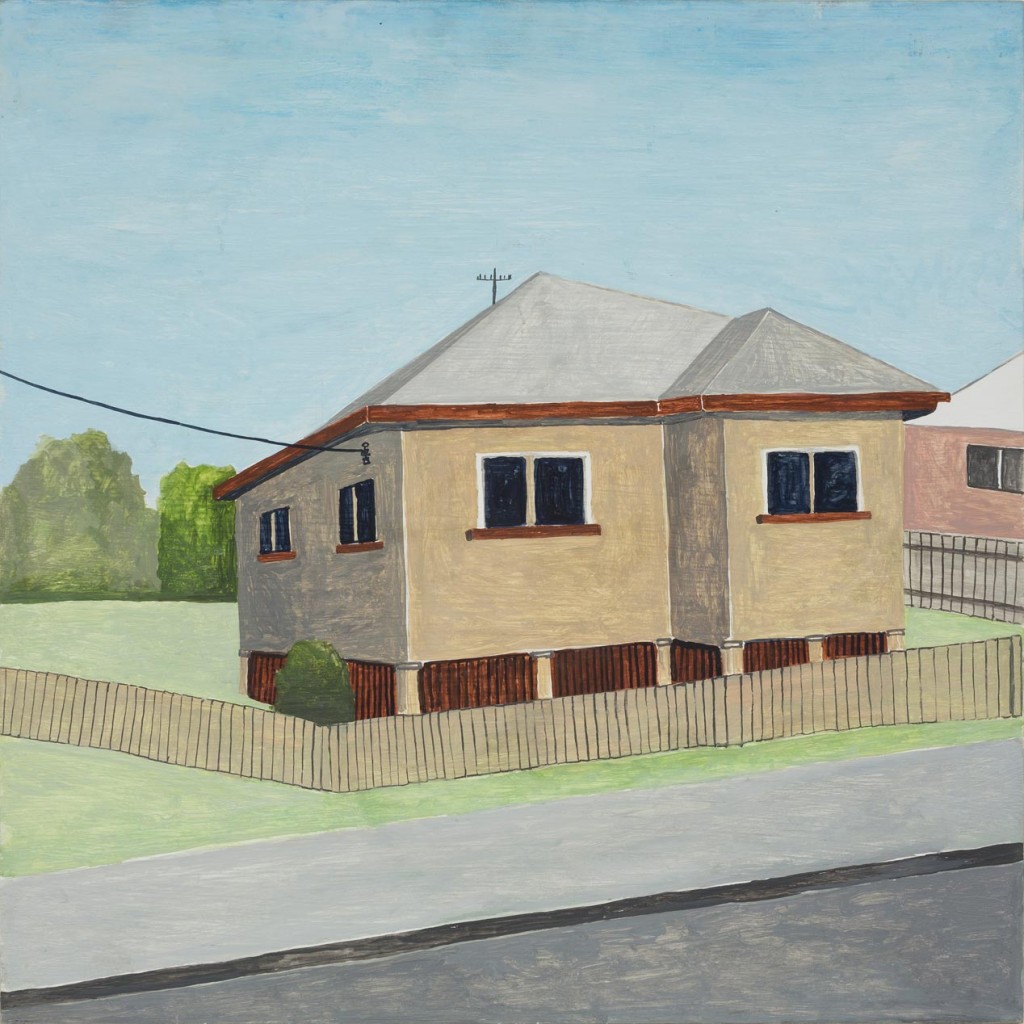 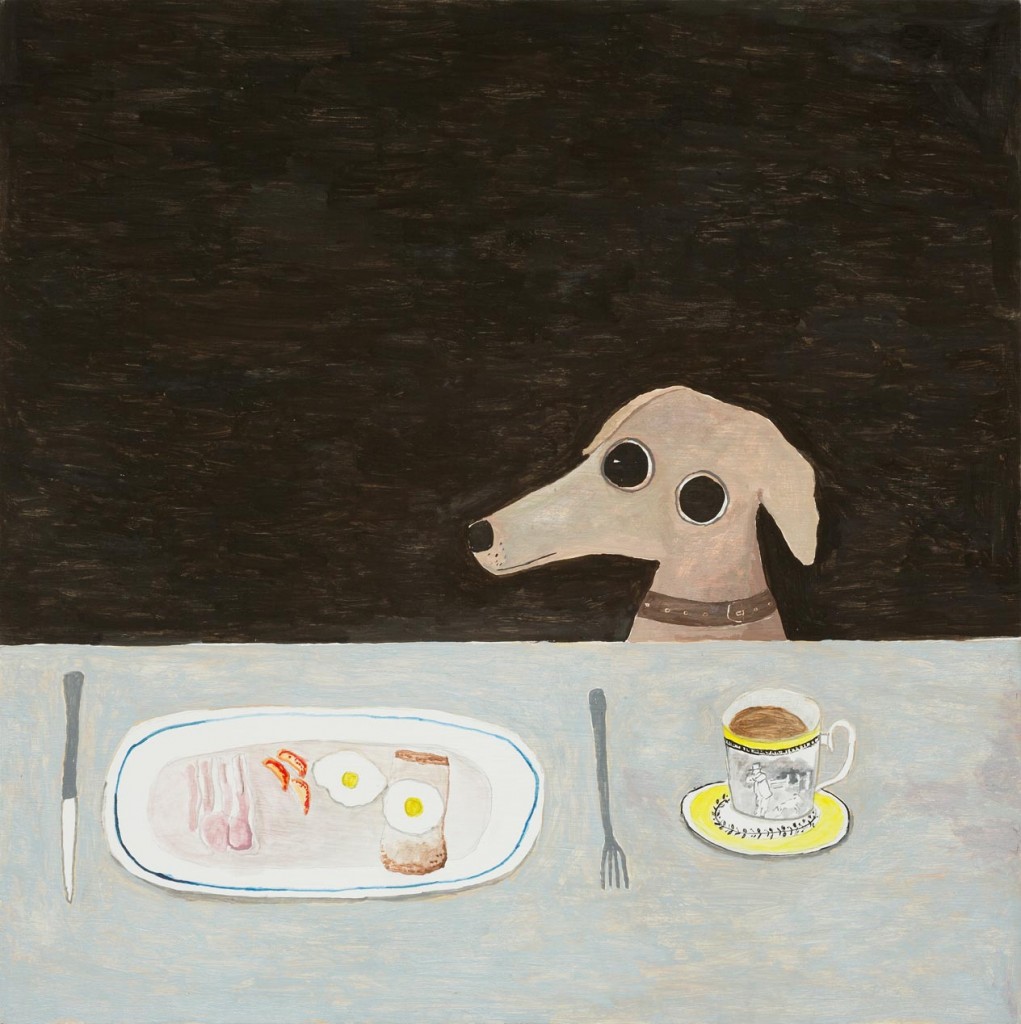 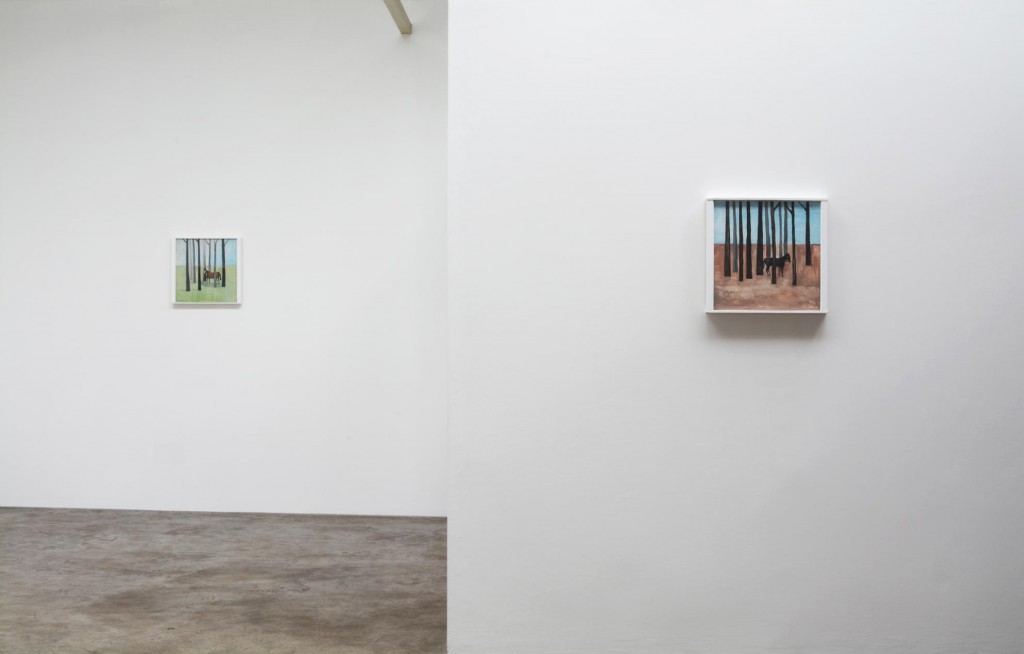 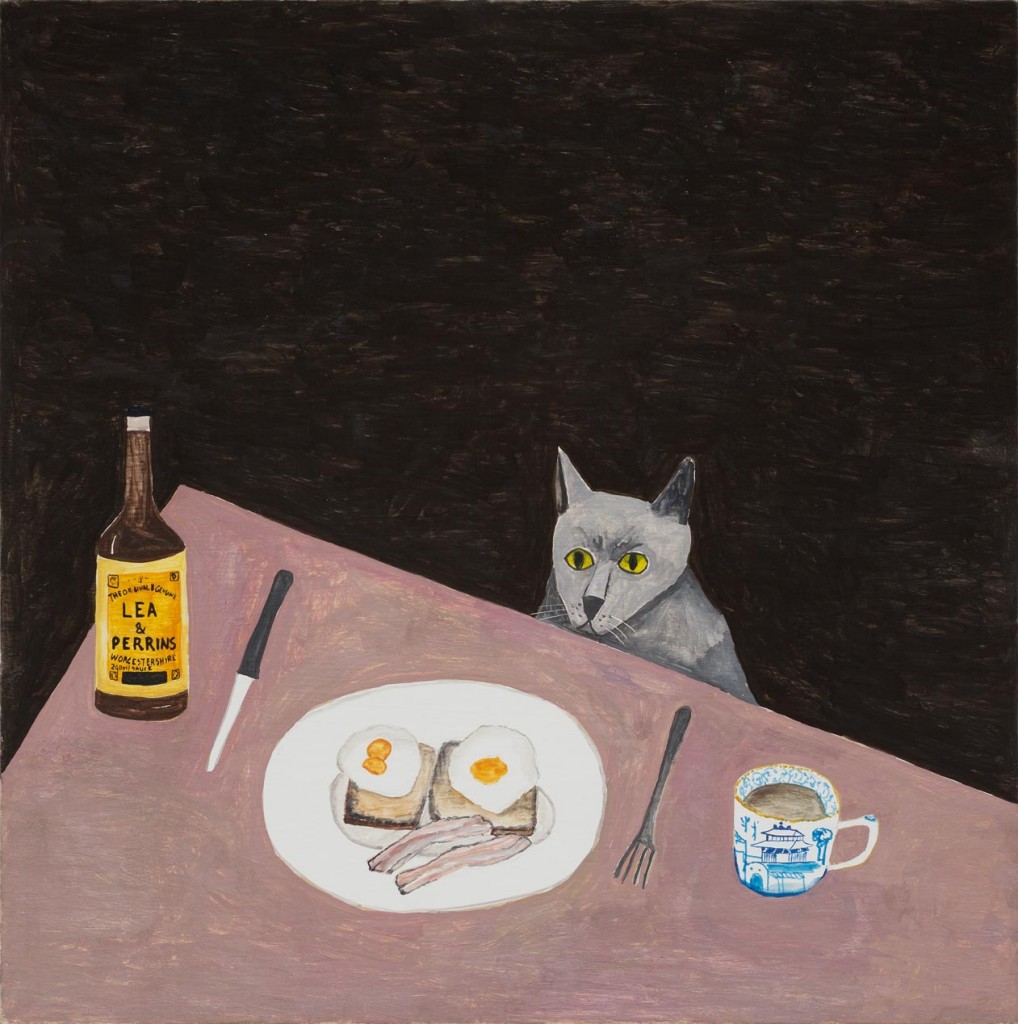 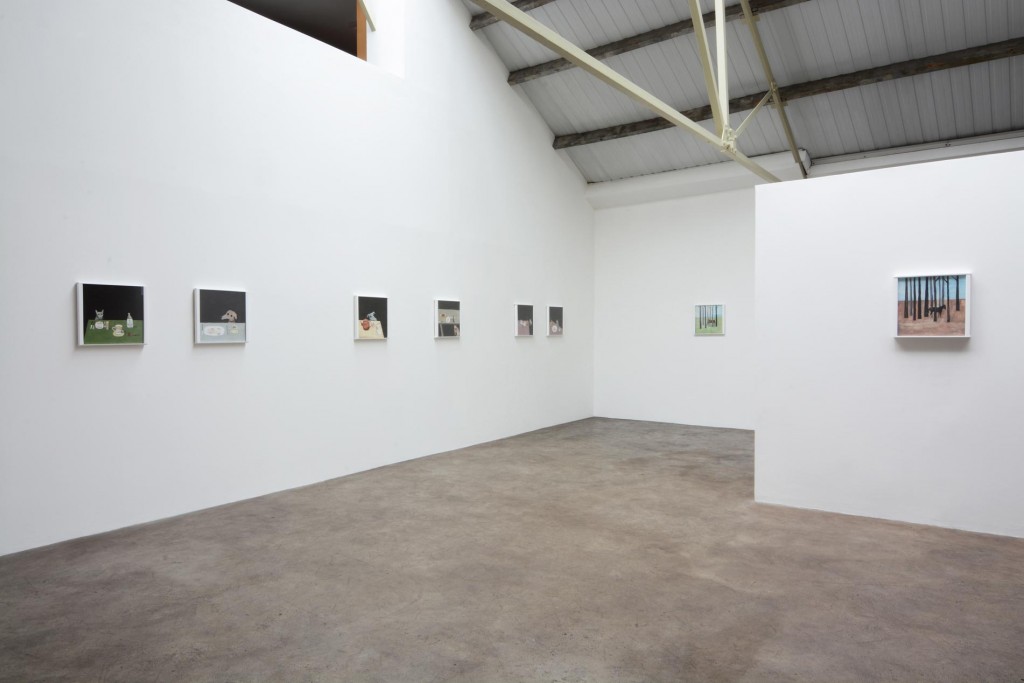 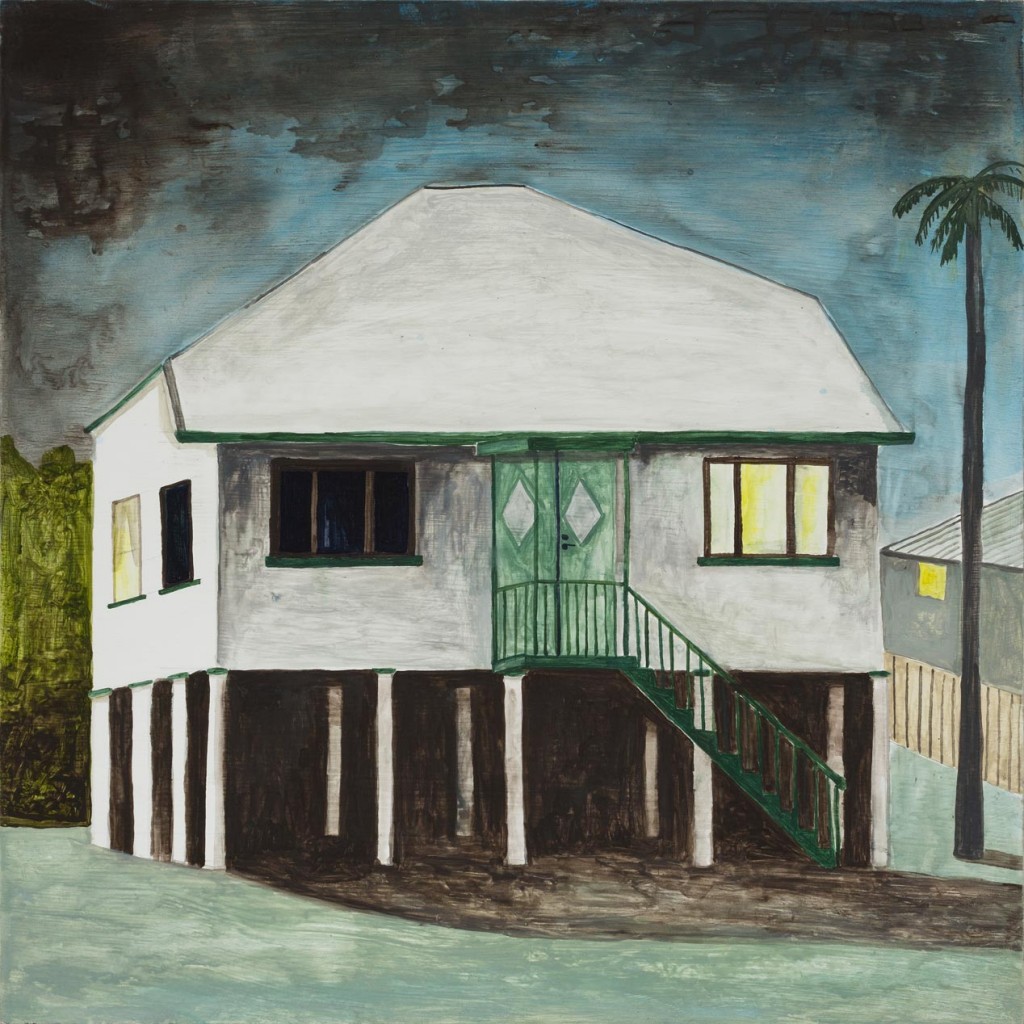 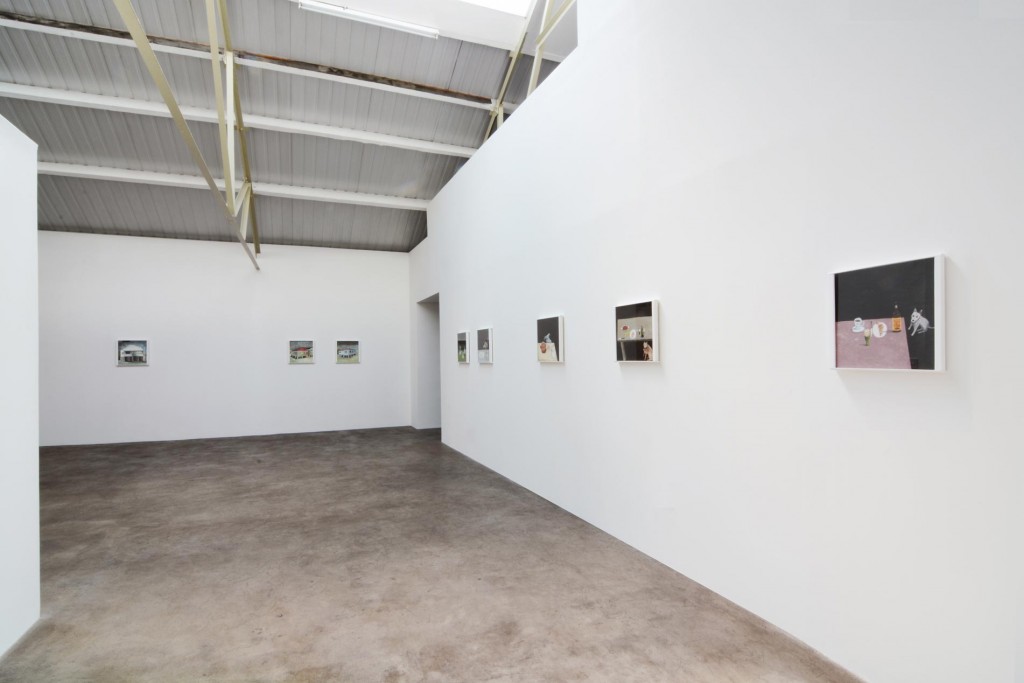 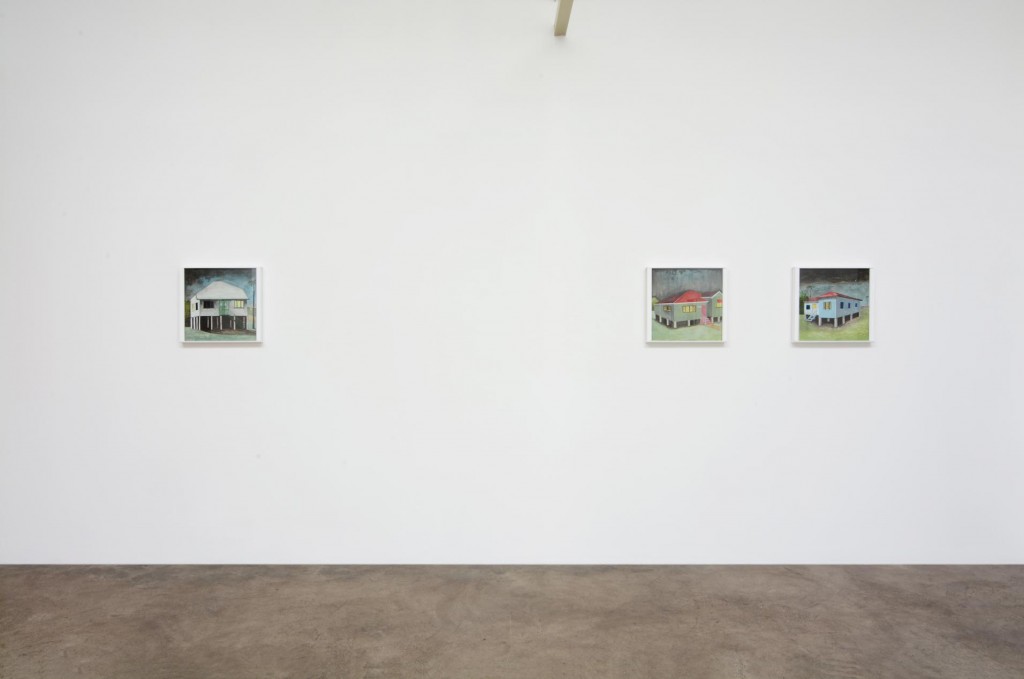 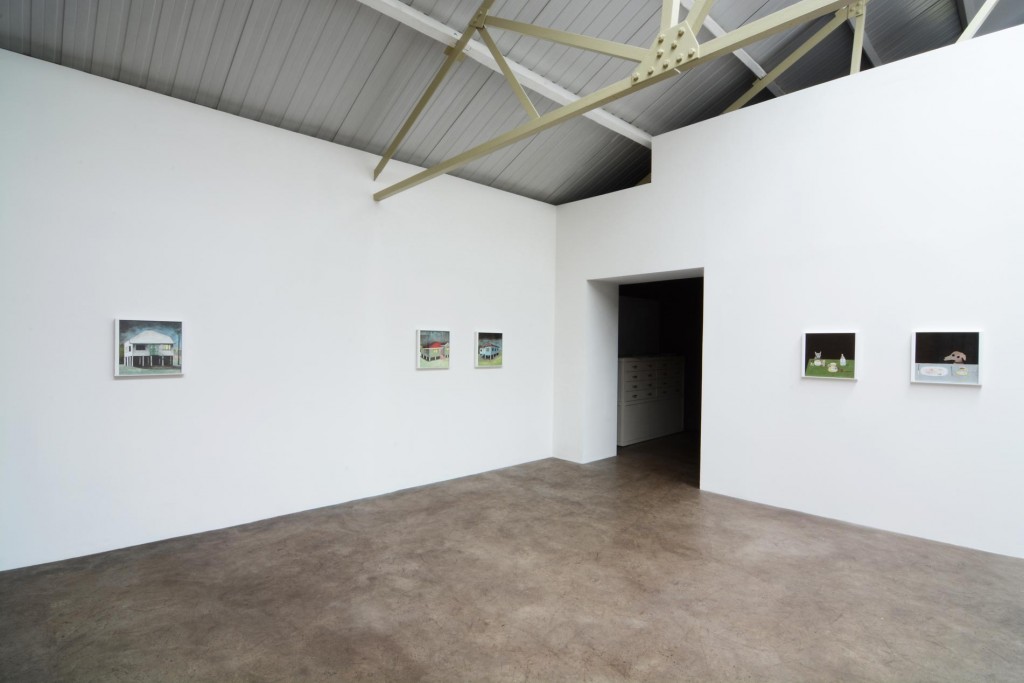 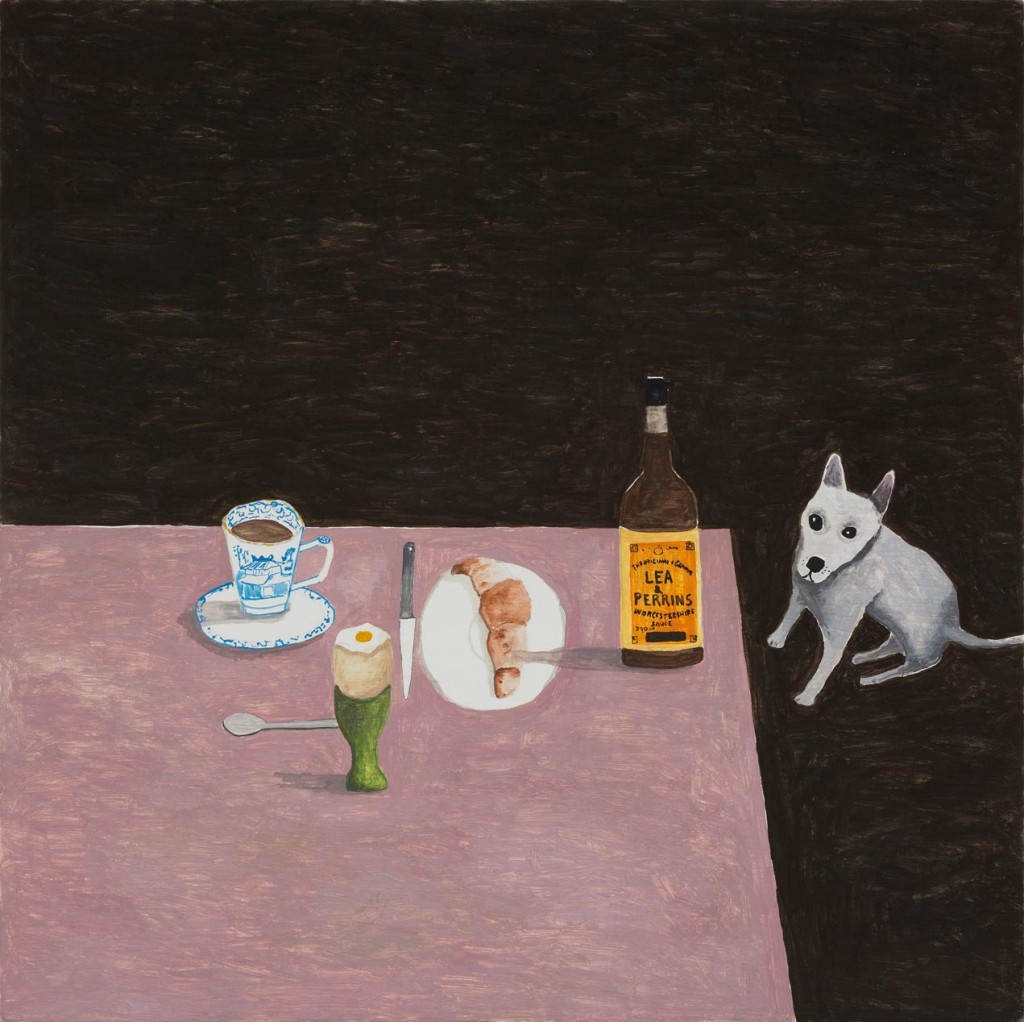 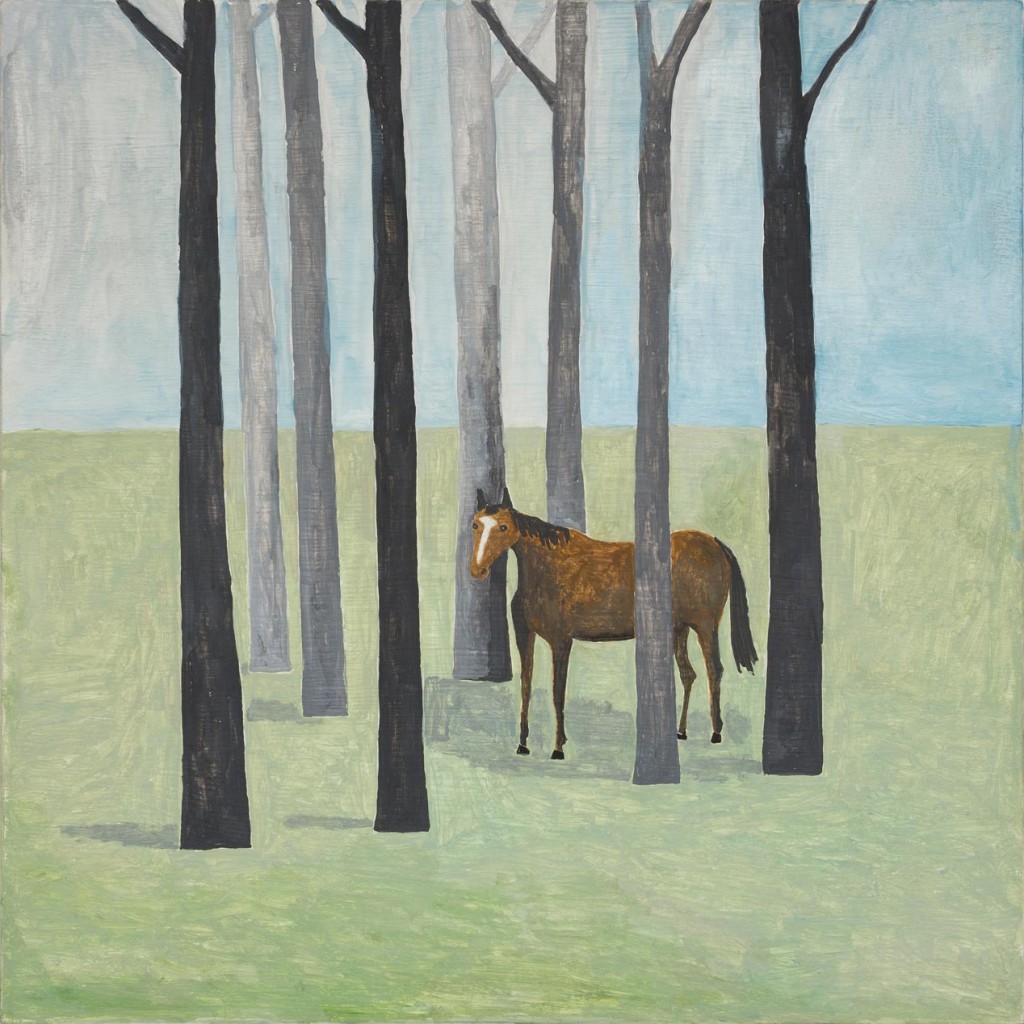 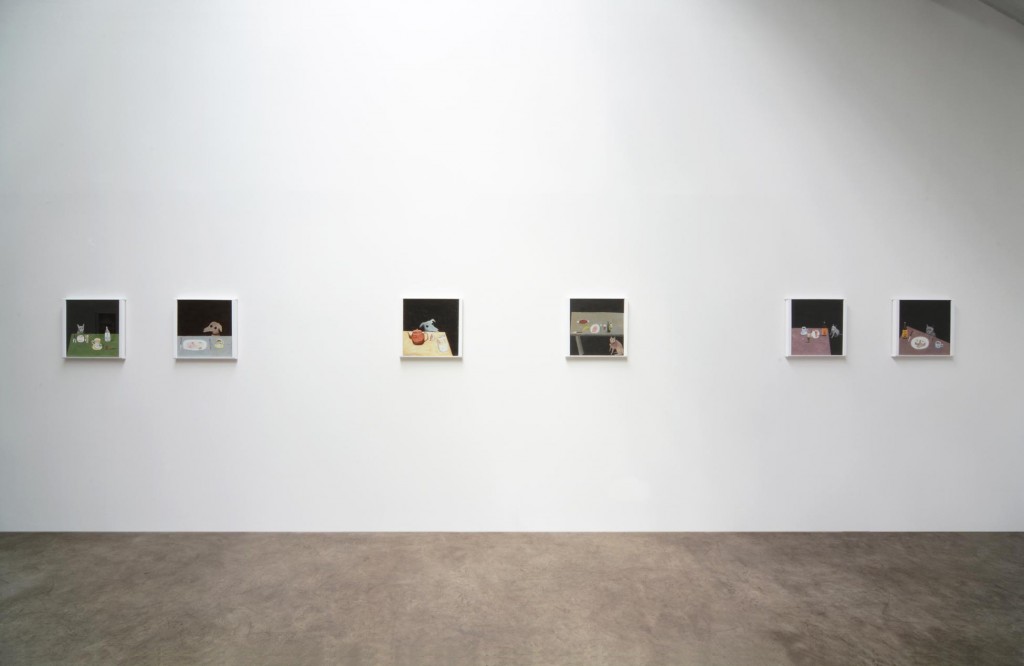