Bunny’s Darkness and Other Stories 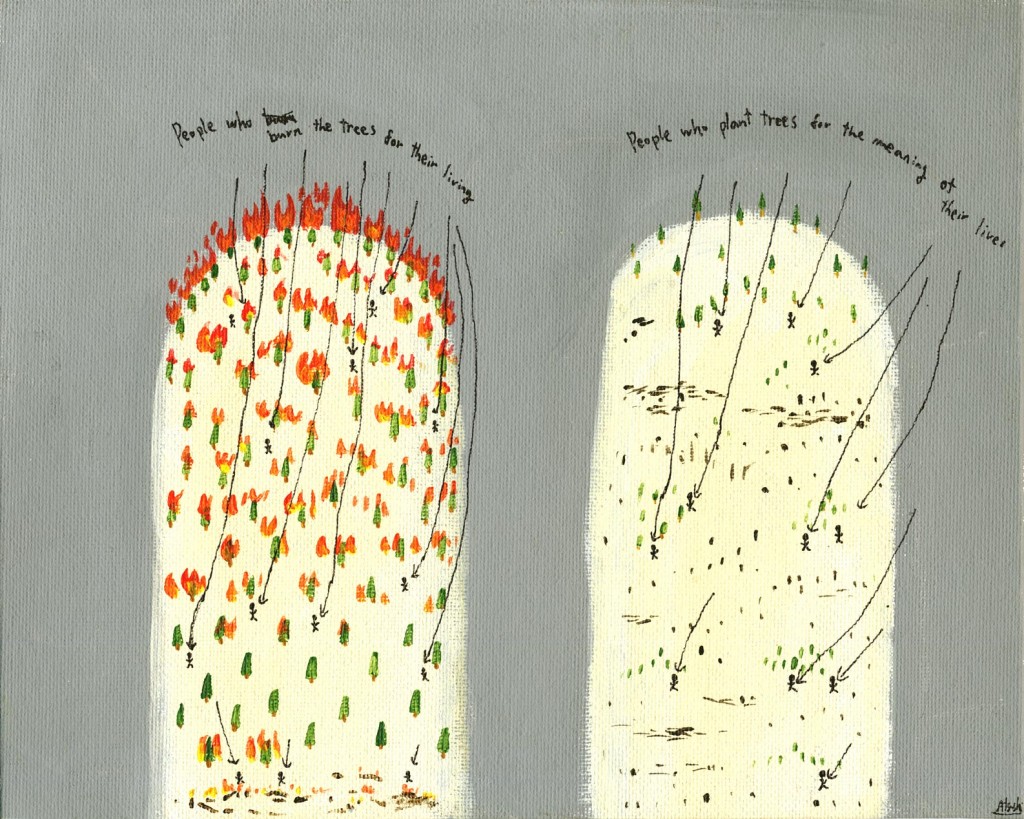 Bunny’s Darkness and Other Stories

Some months ago, whilst I was describing the work of Atsushi Kaga (born Tokyo, 1978) to an American collector, I found myself dropping the rather cheesy line that Kaga …”draws with the line of an angel.” Thankfully the collector not only concurred, but covered my embarrassment, at the hackneyed phrase by retorting; “yes, but he has the wit of the Devil”. I now frequently employ both lines with less self-consciousness.

Atsushi Kaga describes his work as existing on, and incorporating the margins of worlds, at once arcane and everyday – posing “…mundane questions to which there are no particular answers”. Kaga also claims to be an amateur with all the determination of a professional. Ostensibly, his deceptively simple works (drawings, paintings and animations – reflecting choices of medium, which are solidly within the mainstream tradition of the Japanese graphic story-telling tradition of Manga) is predicated around self-portraits of his alter ego, ‘Bunny’, and his adventures in the contemporary world, surrounded by a host of other reappearing symbolic characters.

Bunny is a classic folk-loric ‘trickster’ who straddles two worlds, falling somewhere between the formalities of Japanese society, family ties and expectations and the libertine lifestyle afforded by his (Kaga’s and Bunny’s) willing exile in contemporary Dublin, the playground of Europe. Curiously Kaga choose to leave his native Tokyo to be academically trained in Dublin, where he now lives and works. And fascinatingly, Ireland has left an indelible culture footprint on Kaga and resulted in a unique approach to visual practice and language. The figures in many of Kaga’s drawings speak Japanese, ruminate philosophically, whilst joking around, downing pints of Guinness, gossiping and generally enjoy the ‘craic’. They are culturally conflicted.

Behind the playful and surreal façade of Kaga’s misleadingly simple and faux crude works, there lurks much darker issues of cultural politics and personal identity. Kaga confronts the daily crises of facing the harsh and philosophical realities of the world, all filtered through the paranoia of the new world order. His razor-sharp humor and extraordinary imagination takes the viewer, willingly, on a journey of exploration through a dark, complex and often brutal – but very funny – world.

Atsushi Kaga studied art in Dublin at The National College for Art & Design, graduating in 2005, and was acclaimed by Aidan Dunne, the art critic of The Irish Times, as one of the most exciting new emerging artists. His work has recently been included in two prominent exhibitions of contemporary drawing; The Square Route of Drawing (Temple Bar Gallery, Dublin) and Getting on Mother’s Nerves, Psychological Drama and Contemporary Drawing at mother’s tankstation. Other recent exhibitions include The RHA Gallagher Gallery, Dublin, the NADA art Fair, Miami, and DC art fair, Düsseldorf. Bunny’s darkness is Atsushi Kaga’s first solo exhibition in Ireland. 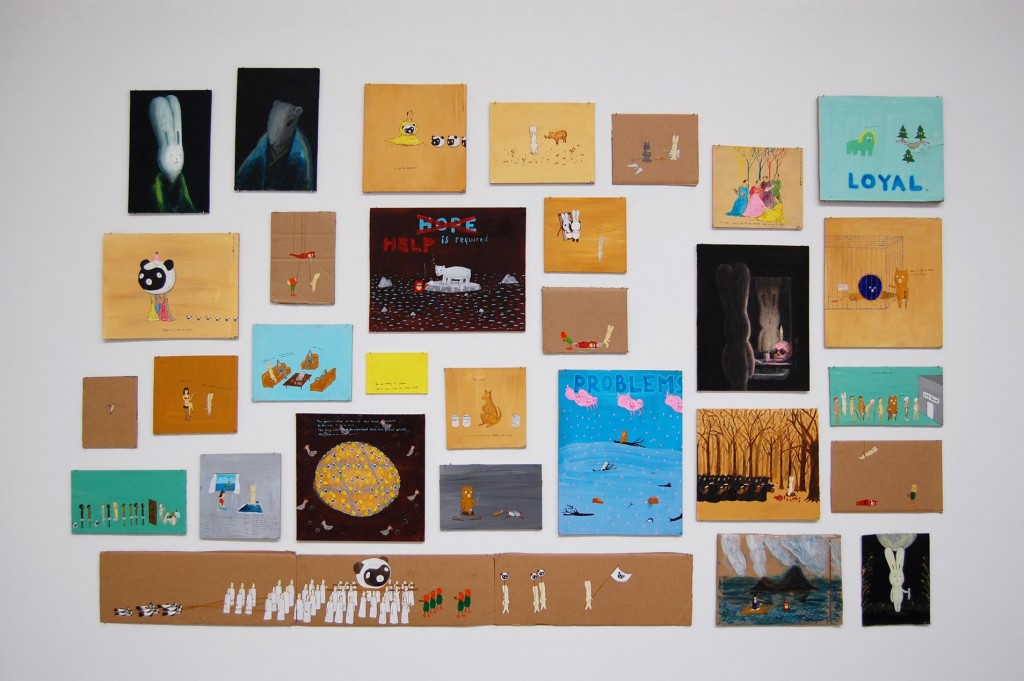 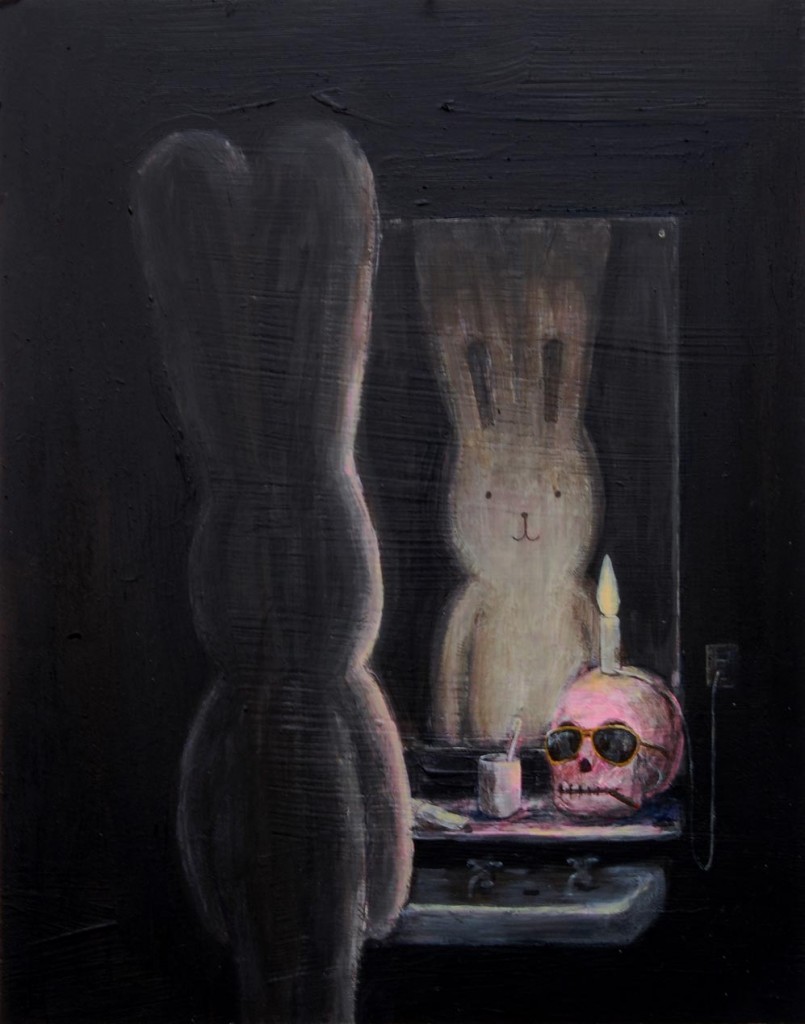 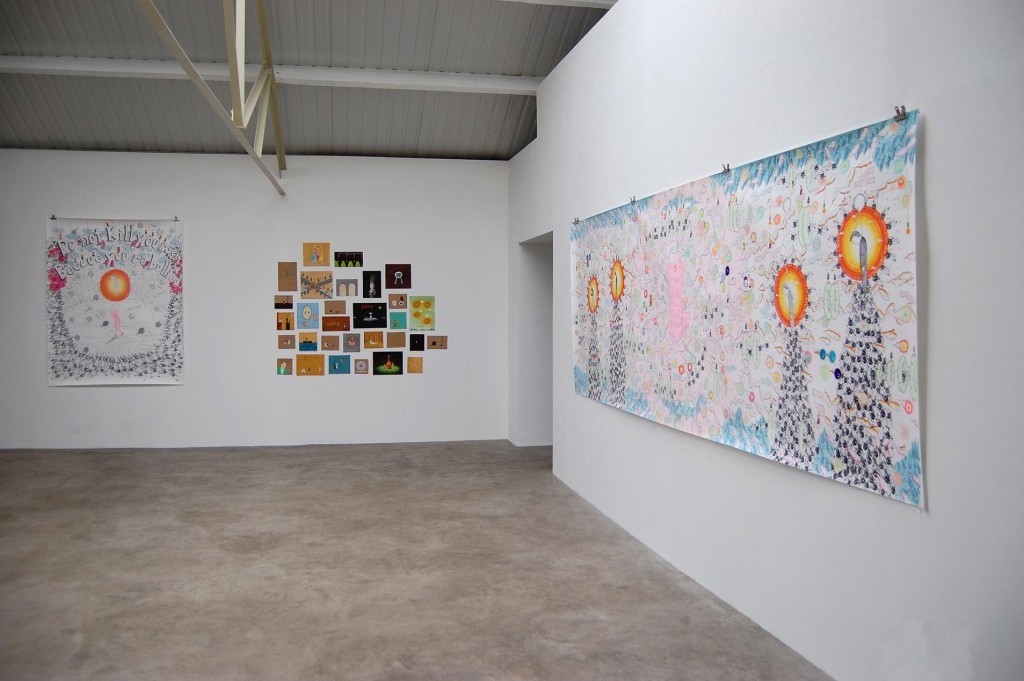 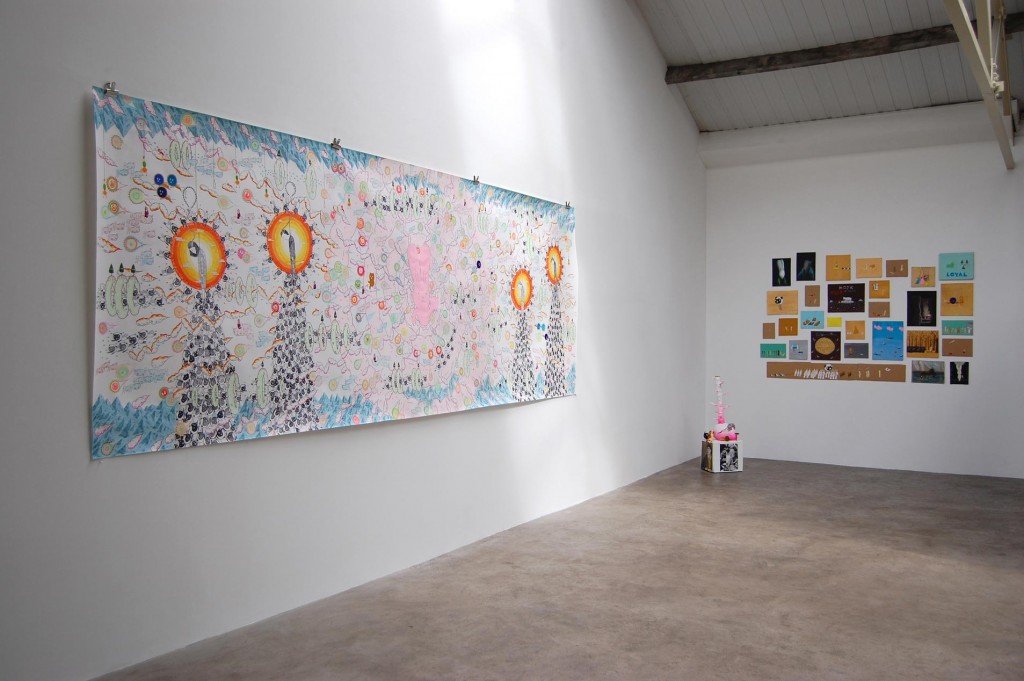 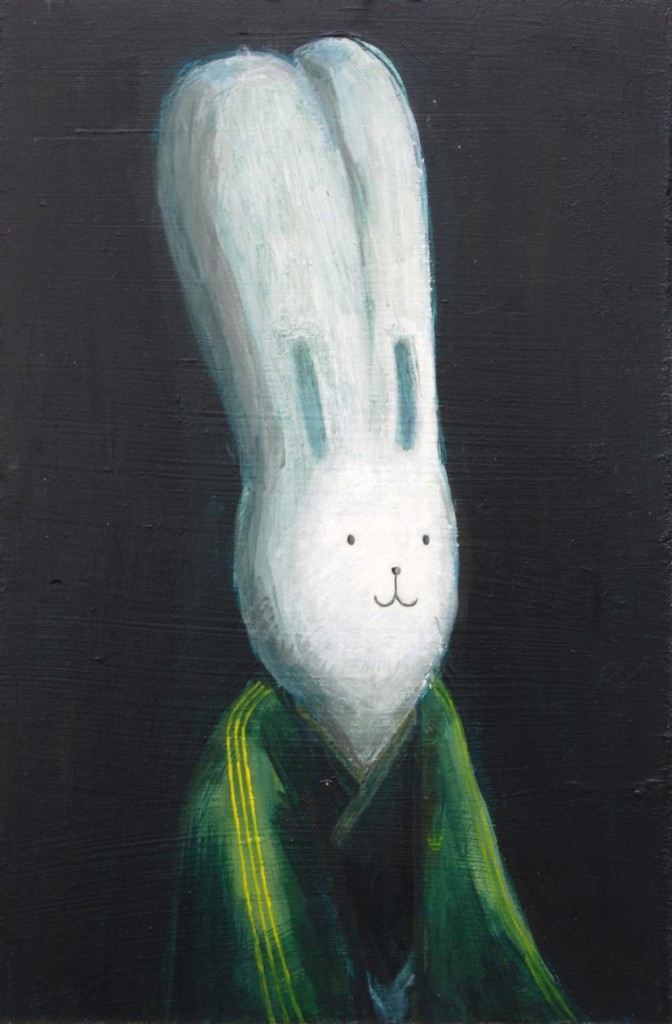 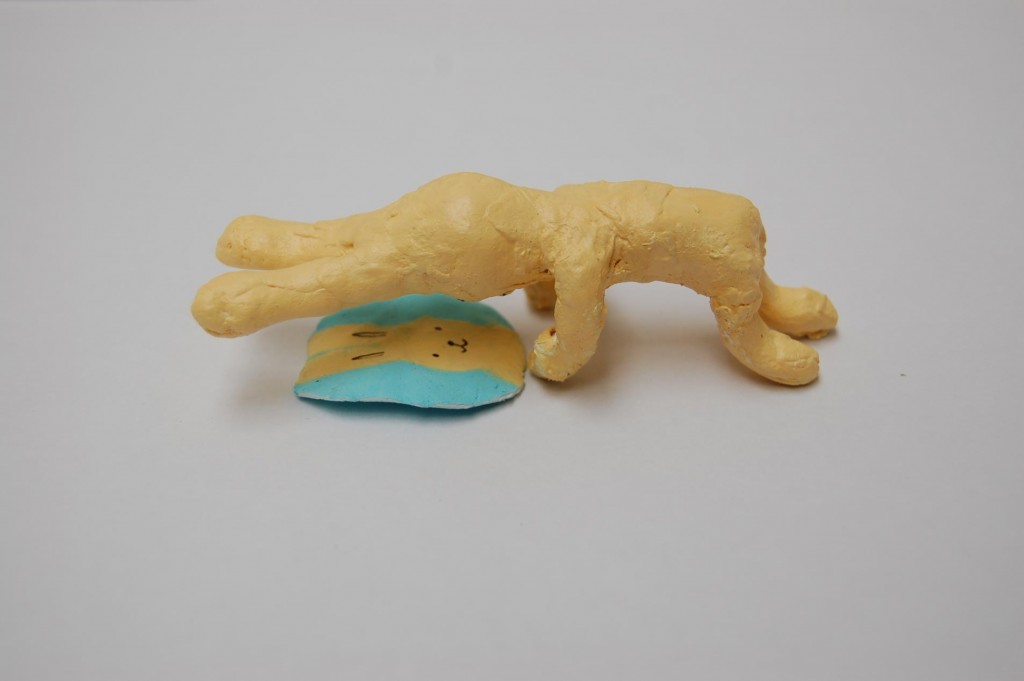 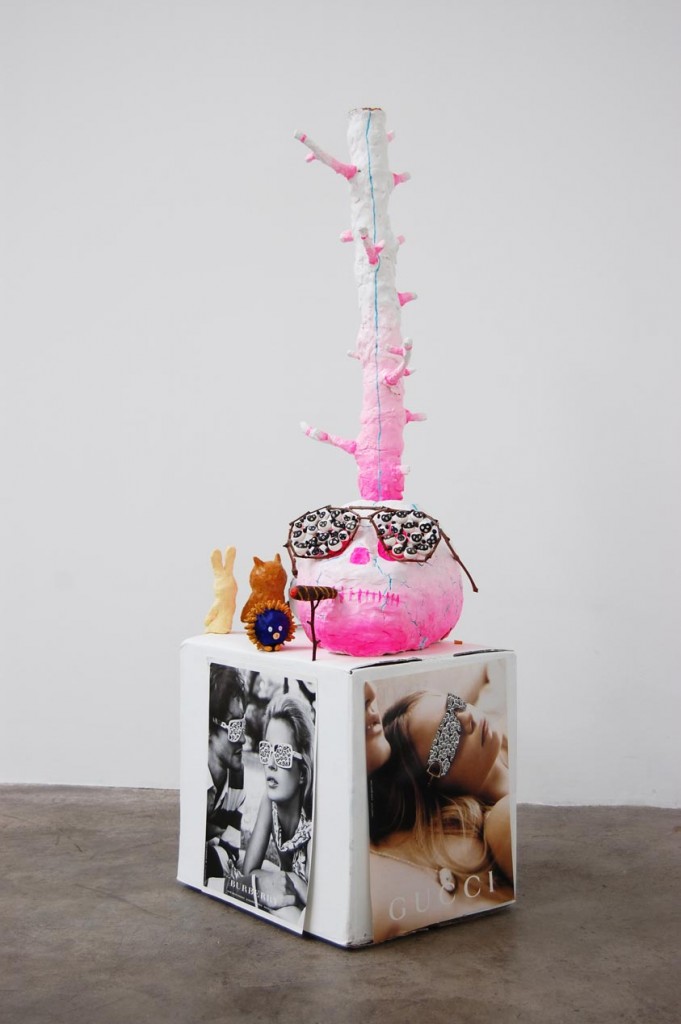 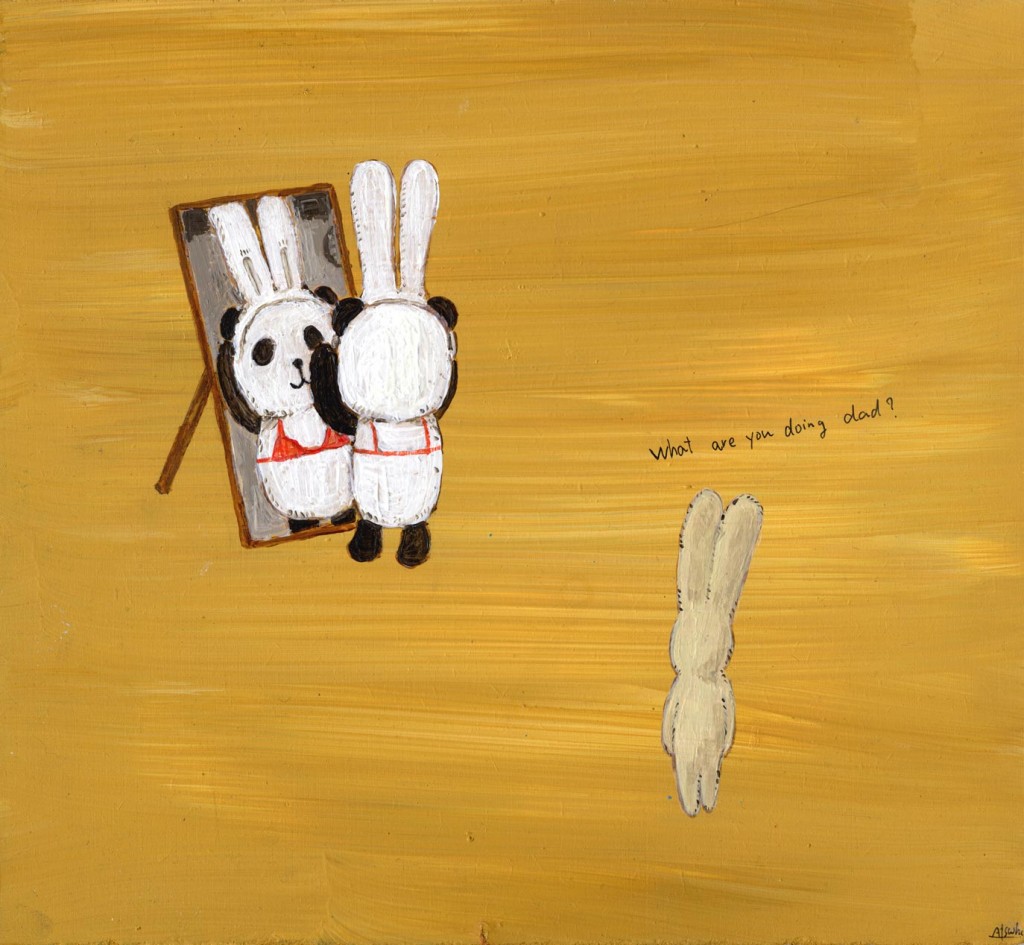 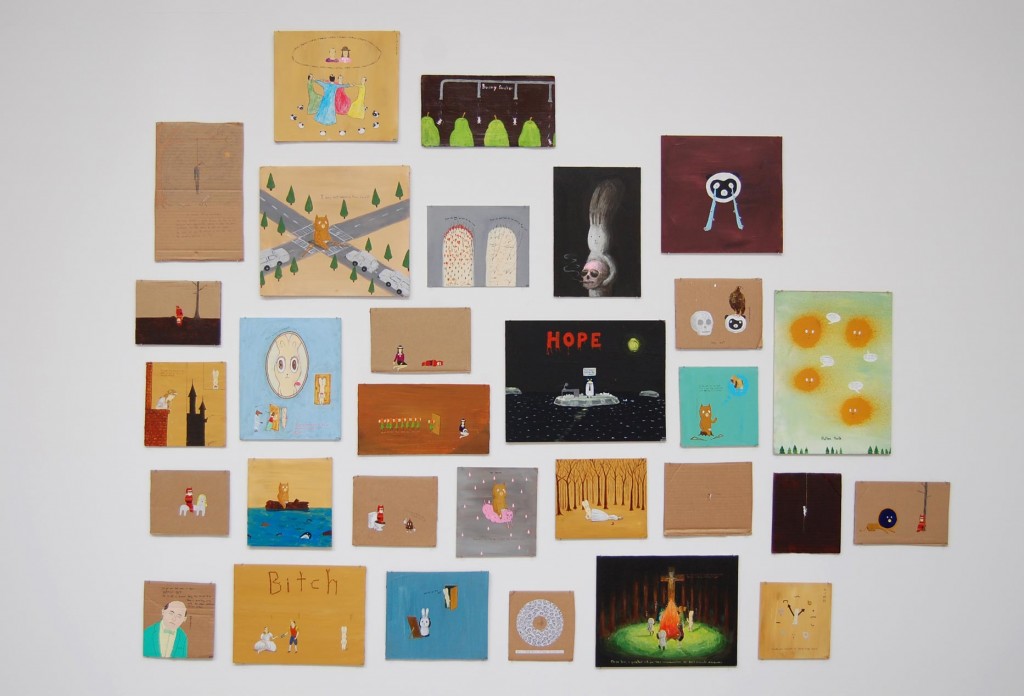 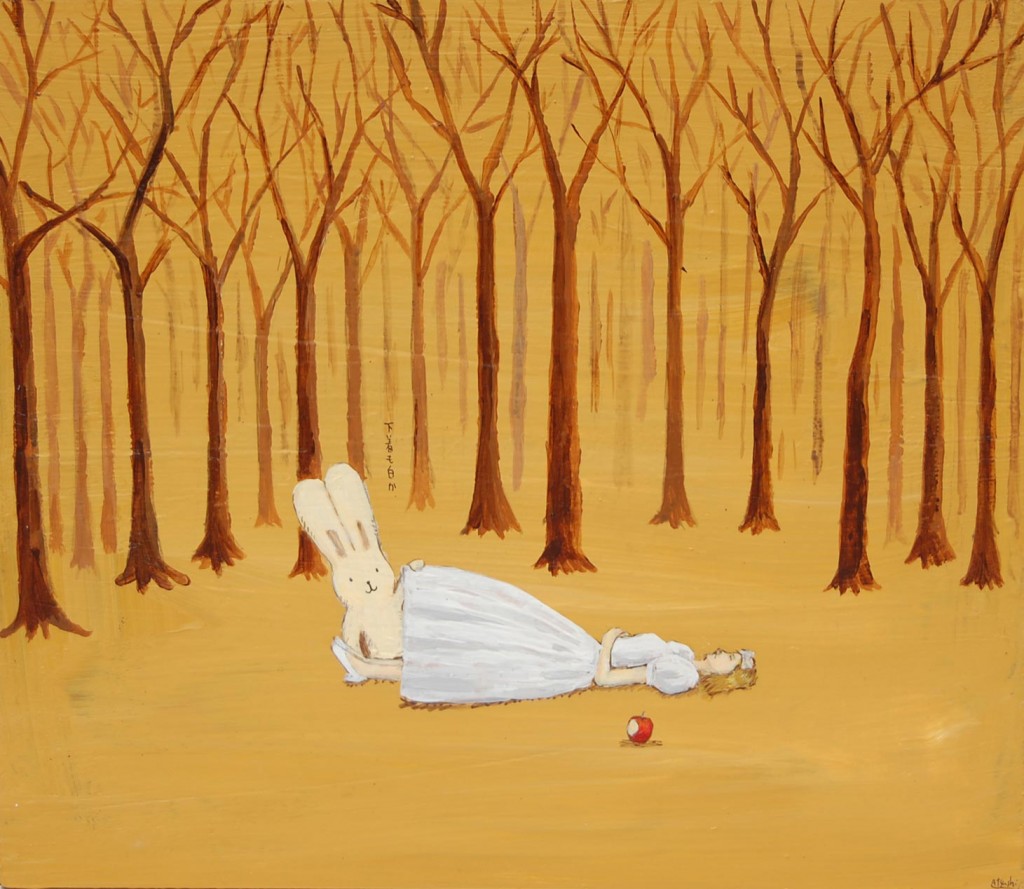