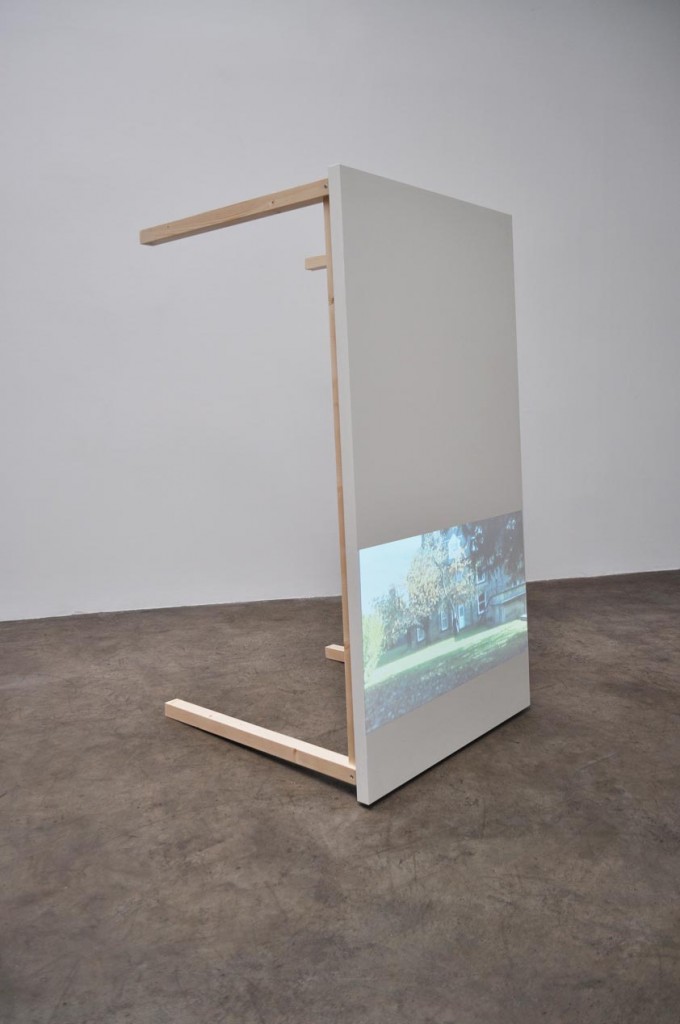 Although at heart a city man, Baudelaire sensed the increased intimacy of a house when it is besieged by winter. He speaks1 of Thomas de Quincey’s joy when, as a prisoner of winter, he read Kant with the help of the idealism furnished by opium. The scene takes place in a cottage in Wales. “Une jolie habitation ne rend-elle pas l’hiver plus poétique, et l’hiver n’augmente-t-ll pas la poésie de l’habitation? Le blanc cottage était ASSIS au fond d’une PETITE vallé FERMEE de montagnes SUFFISAMENT HAUTES; il était comme emmailloté d’arbustes.” (“Isn’t it true that a pleasant house makes winter more poetic, and doesn’t winter add to the poetry of a house? The white cottage sat at the end of a little valley, shut in by rather high mountains; and it seemed to be swathed in shrubs.”) Gaston  Bachelard2

Things are the way they are because that’s the way they are. Establishment, tradition, or conservatism, however once it may have been a radical departure, swathes itself in shrubs, the protective comfort-blanketing façade of status quo. Socio-political systems stand as the sum of assumed knowledge, an a priori narrative communicated from generation to generation, bound to a presumption that, as such, ‘it’ will stand as a stable, ongoing, sole or universal truth: an ideal, to be upheld, unchallenged forever – unless, as from time-to-time, it suddenly and with urgent clarity becomes the embodied antithesis of an immanent, unimagined/unimaginable future. At this borderline, ideas like great monuments, symbolically ‘forever’ buildings, cities, empires, feel the unprotected ferocity of nature’s progression. They topple, torn down by hurricanes, tornados, thought, tiny little human hands.

On both sides of the precipitous watershed, competing idealisms are bolstered and tempered by their own relative, protective artificialities (de Quincey’s opium), a moat and drawbridge set against too close a proximity to hard reality. After all, admiring the ‘poetry’ of a Welsh winter mountainside, too close or for too long, will kill you – no wonder the cottage seems appealing. Time and habitude dig-in un-tempered idealism and deposit – in its wake – crystallized ideology. Despite best resistance and generally with scant notice, all things slowly proceed, new knowledge accrues and the patterns re-set: sometimes for the better, sometimes for the worse.

Am I talking about principles of curating? Notions of artmaking, the adoption of Realpolitik over Weltpolitik?3 Well, yes and no, an inclusivity of everything and nothing. Rather, the exhibition focuses upon how time, perceptions, pervasive ideas or moods shift, affecting reason and readings from one thing to another. The premise of ‘built with love [the] ideology department (or) ideological departure’ – a complex title for an intellectually dense, but visually simple and slowly mutating exhibition project – orbits around the purpose and life of specifically constructed utilitarian things, objects and habitats, counterpointed on one hand by care, love and intersecting detail, set against willful negation and the denial of consequence and/or meaning.

Daniel Tuomey’s video, A house that love built, scripted by the artist, but voiced-over by his father, frustrates expectations of temporal progression, the ‘natural’ sequence of events. The work looks frankly at his family’s home, the success and failures of its ‘idea[l]’ (designed intention) posited against its daily reality. Similarly, an accompanying (intersecting) sculpture creates a form of hypothetical drawing desk for two people, intended to be shared by both father and son working side-by-side, but wherein they can be mutually ignorant, or unaware, of each other’s presence. Ruth Buchanan’s Build a wall or be a room, projected onto an upturned table, metaphorically implies sustainability through (pragmatic) flexibility versus the inevitable disaster invited by over-rigidity. Kevin Cosgrove’s lone painting of an unpopulated workshop, as the only static element in an otherwise fluid exhibition, punctuates the time line yet evocatively perpetuates the image of an incomplete task. Declan Clarke’s elegant and thoughtful silent film, We Are Not Like Them, connects four iconically politicised locations that exemplify how easily socio-political ideals become imbued with the failings of human nature. Ai Weiwei’s video documentations of his political campaign works, 4851, and Disturbing the peace, are in their own distinct ways relatively utilitarian objects, strictly fitting into their purpose as ‘information dissemination’ or agitprop. Rather than claiming the philosophical identity of ‘works of art’, Ai Weiwei’s videos list and honour the students tragically killed (but denied by the Chinese state) in collapsed school buildings subsequent to the 2008 Sichuan earthquake and unfurl the legal, bureaucratic and personal consequences. In a simplified sense, the project underlines the original Bolshevik notion of Agitation Propaganda where a focused “excitement of emotions” in the “target”4, aims to stimulate action and precipitate change. The rather high mountains overwhelm the little valley.

Note: The exhibition collectively contains a little over four hours of video footage, so potential viewers might like to plan accordingly.

1 In Les paradis artificial,  (p. 280)
2 The poetics of Space, (p.38)
3 “[i]n one word: we do not want to place anyone into the shadow, but we also claim our place in the sun.” Bernhard von Bulow, from a Reichstag debate that introduced the Weltpolitik notion, 6th December 1897.
4 Roughly quoted from a memory of the Bolshevik manifesto 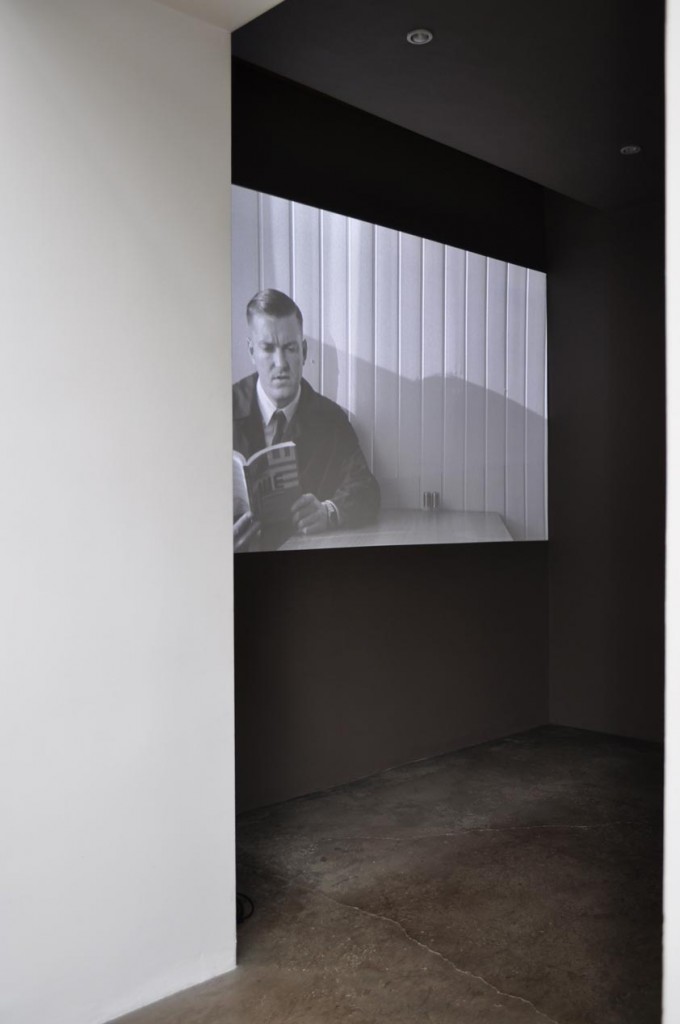 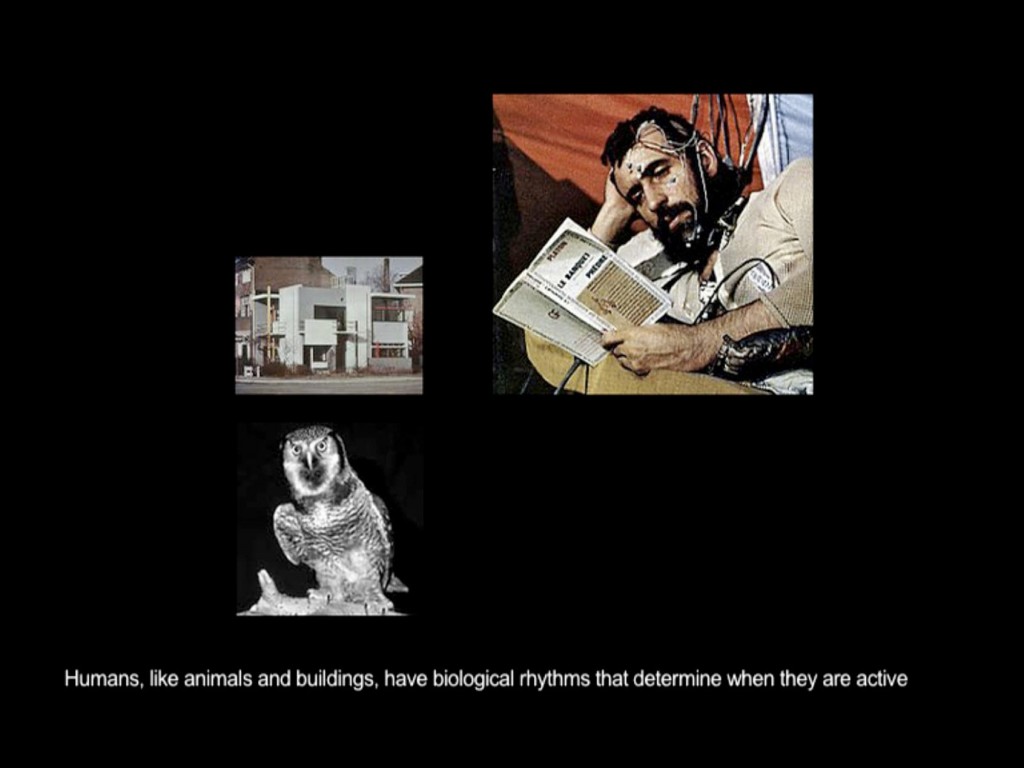 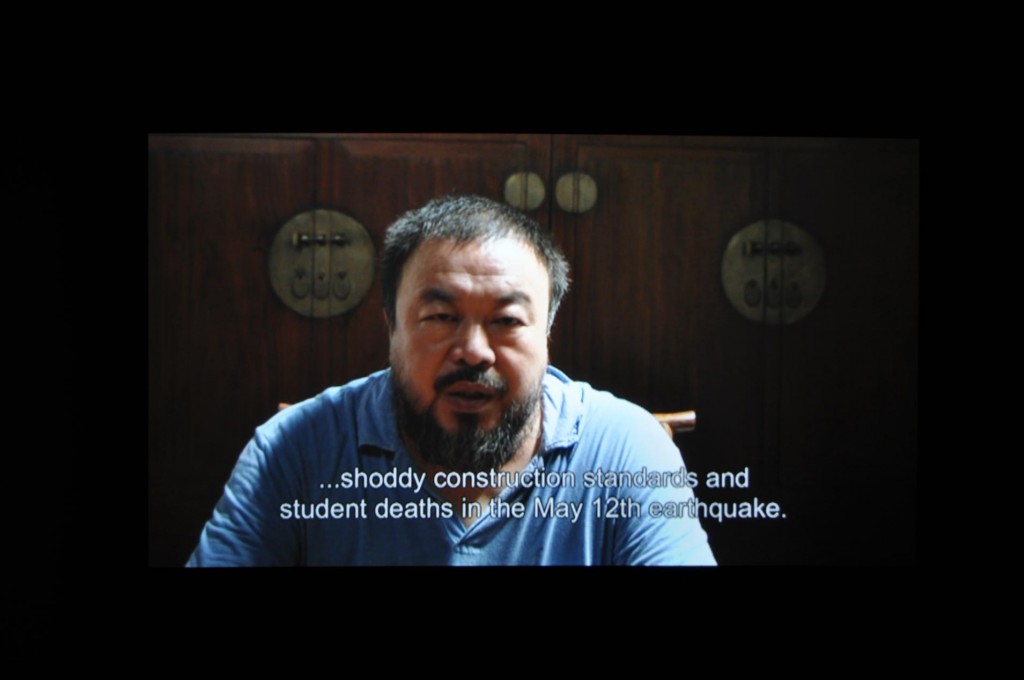 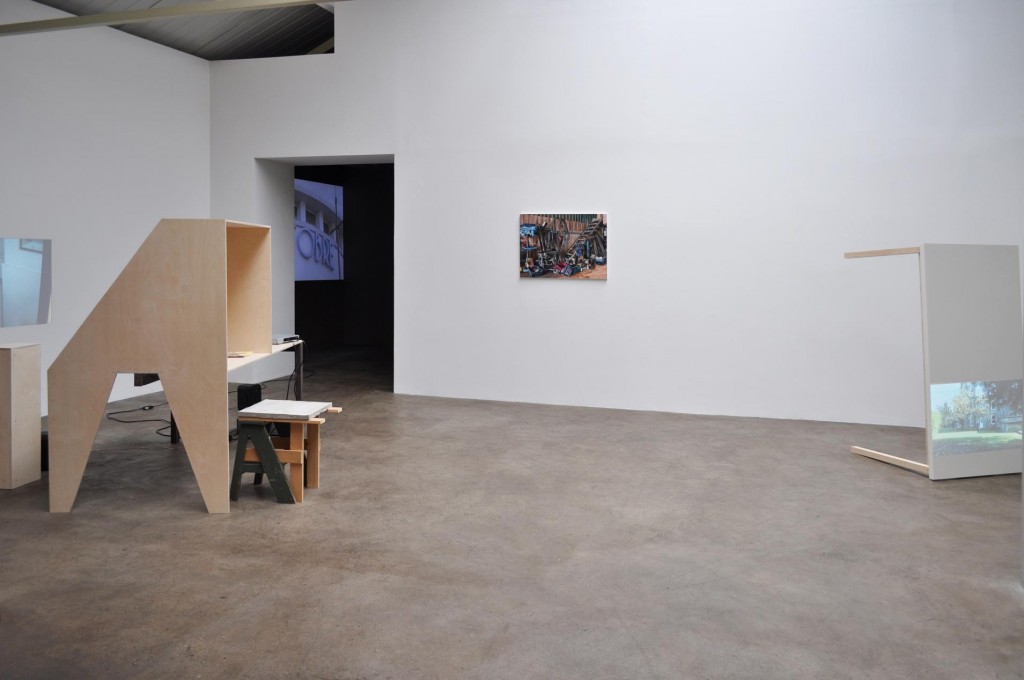 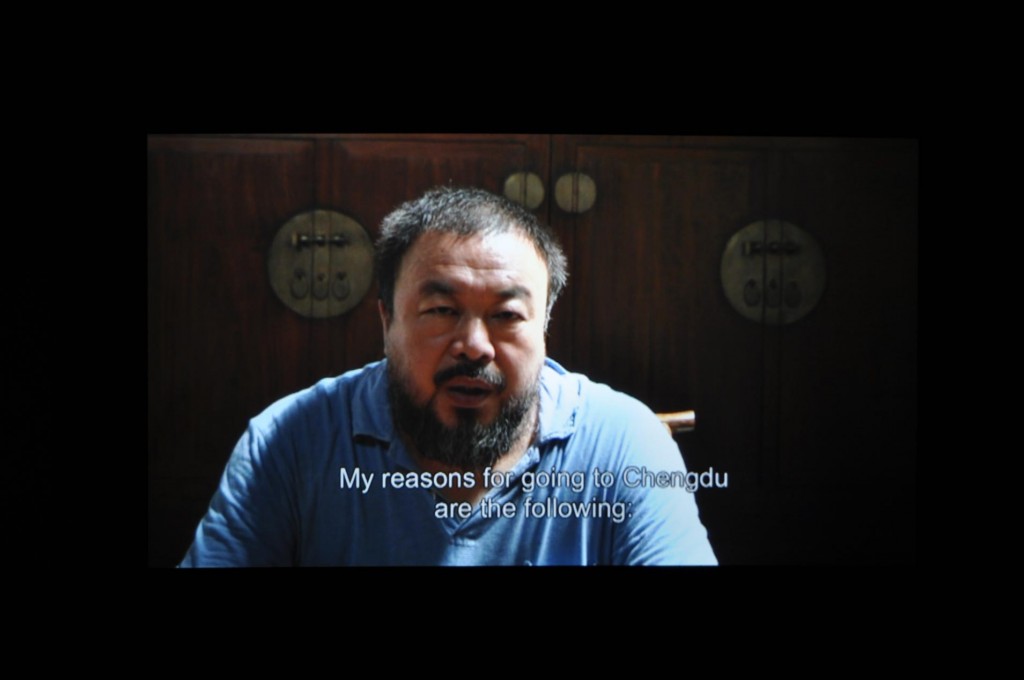 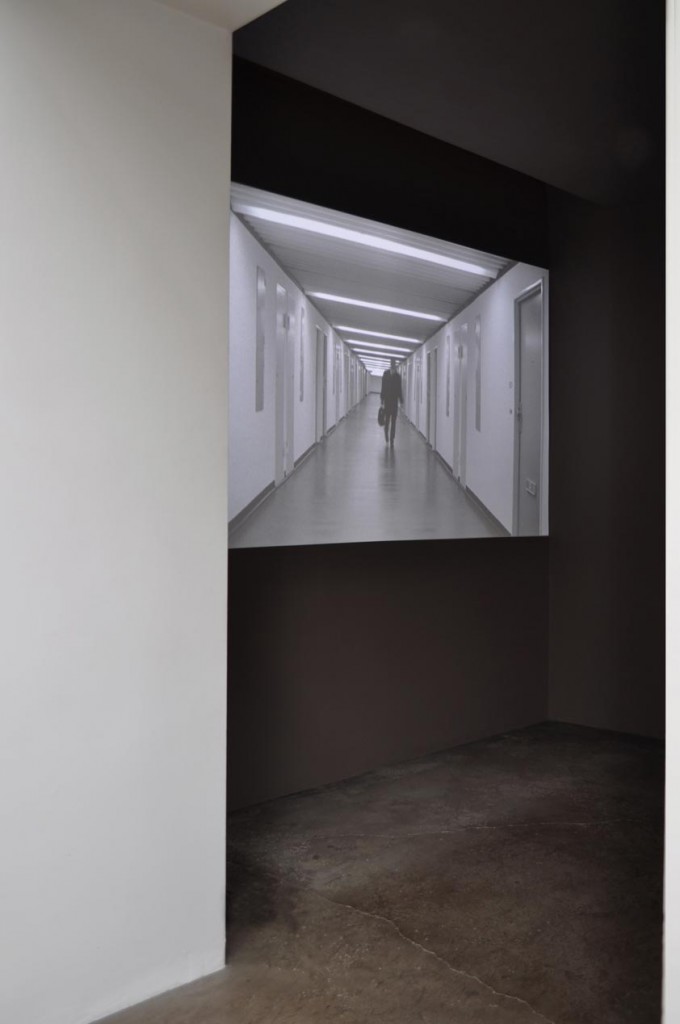 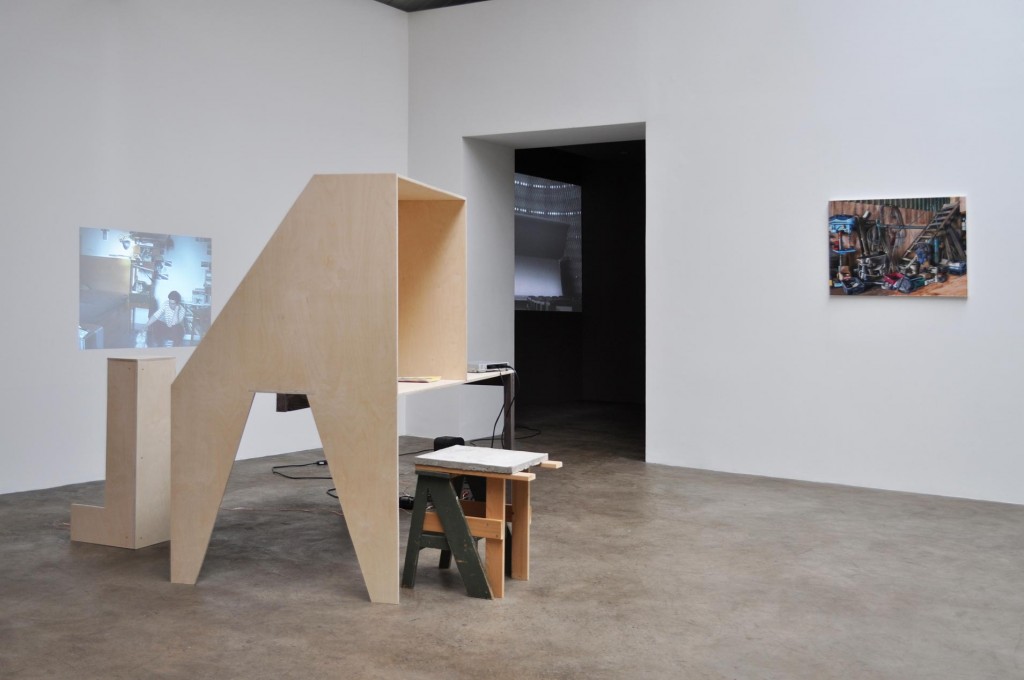 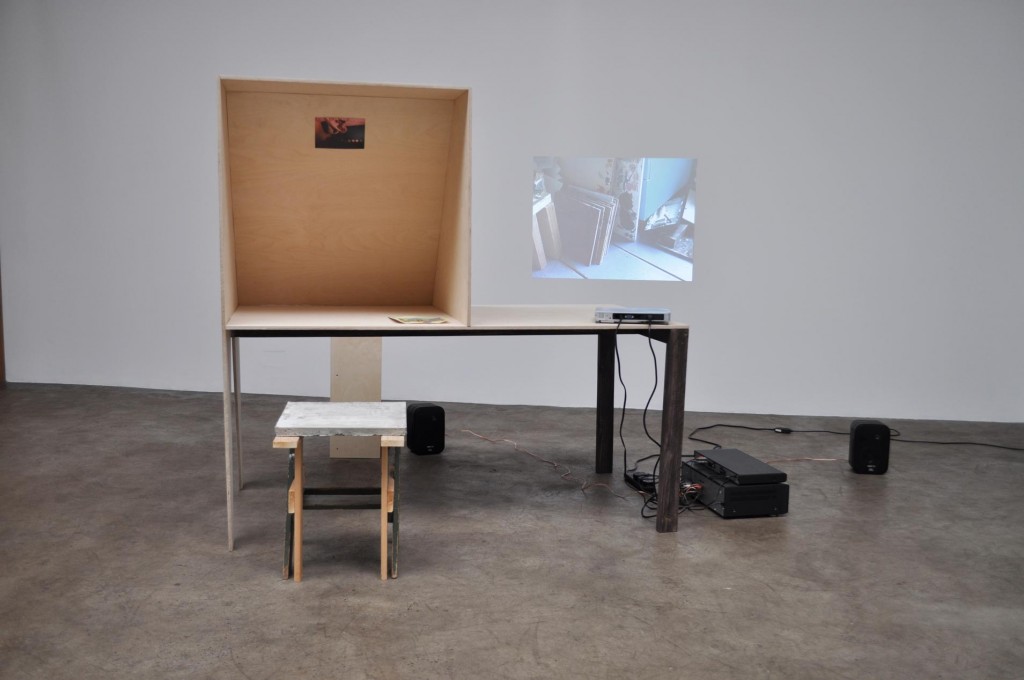