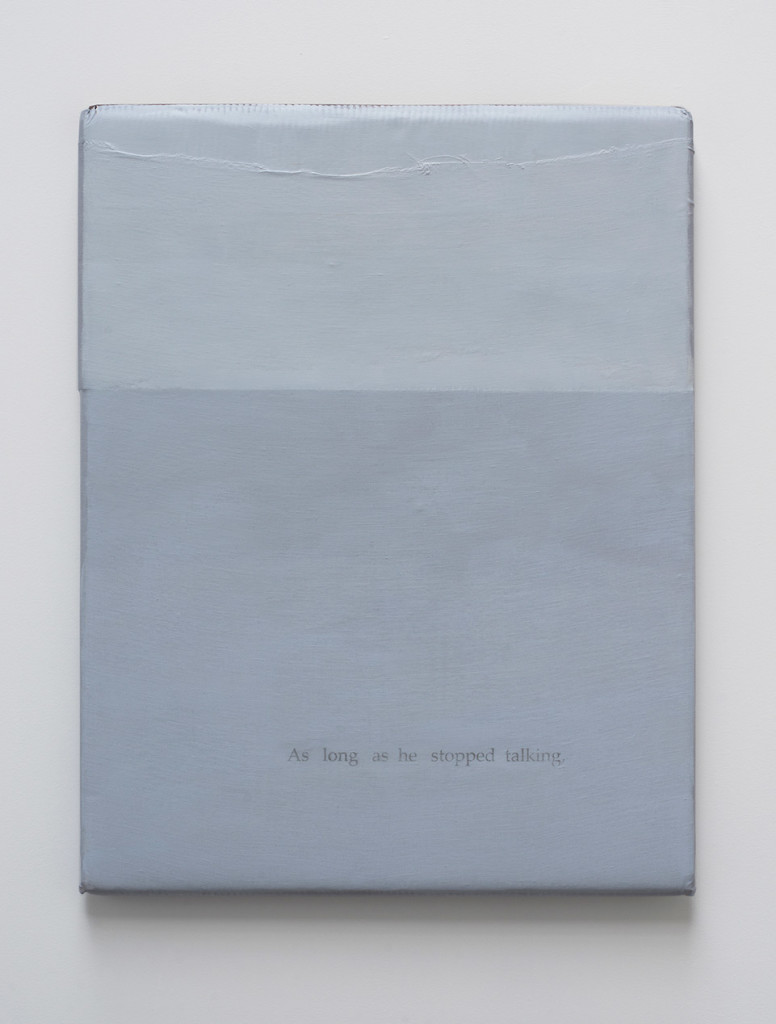 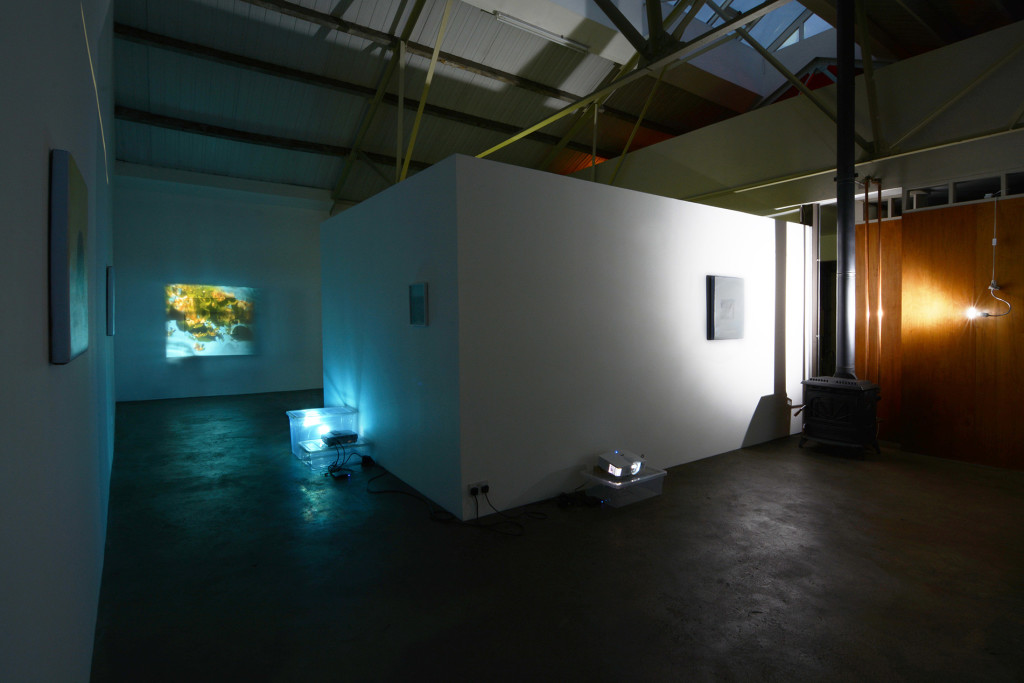 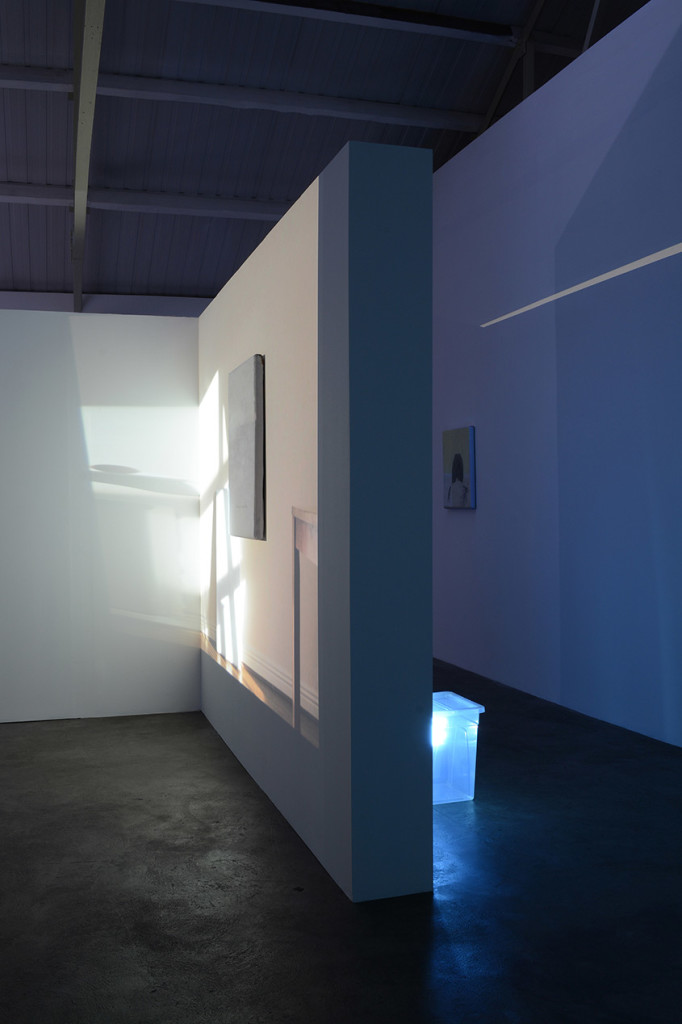 (noun: Banality, /bəˈnalɪti/, the fact or condition of being banal, unoriginal).

“At daybreak a thick autumn mist still flooded the spacious inner courtyard of the Prince’s castle… Today I’m very much in the mood for looking far and wide. “Just as you wish”, answered the old Prince” 1

When Jeff Koons ushered in banality, I feel we pretty much understood the terrain, with Lee Kit, the territory is more speculative, interrogative, more uncertain2.

Yesterday: It’s a little past 6pm, but it’s Dublin in late autumn, moving into winter, so consequently dark and cold outside. We are standing in an empty gallery (warm, safe, art oasis – or as Lee puts it; a home for daily objects – afterall, we all look at ‘art’ daily…), but in the current instance with the lights off, the gallery is permeated by the smell of recent plaster and fresh paint coming from new walls, which, upon first entry, describe a confounding configuration. The Koons’ banality landscape has indeed been shifted, but nonetheless the walls seem friendly, they indicate feeling a need to be helpful: wanting to lead you somewhere, but eventuate in odd dead ends, which, contrarily contribute to things feeling bigger than before. Atsuo Yasuda, curator at the Hara Museum of Contemporary Art, Tokyo, where Lee Kit most recently installed a related topography3, described him as a “magician”. ‘Poof’, I see, or rather feel, what he meant. There is a narrow slot whereby the viewer can see from one of the gallery’s newly prescribed spaces into another, tantalizingly, but with inadequate practical room to pass between – we become confined voyeurs, onlookers from one area to another. Standing in the ‘inner courtyard’, the small opening is suddenly pierced by a roving blue light, dancing on the walls in front of us. “Readymade”, Lee says excitedly. We go, by new necessity, the long way around, to investigate. His eyes light up as he begins to photograph the blue patterns perambulating across the walls. The sorcery (appalling pun intended) is projected from an ambulance directly outside the gallery, transforming its state of present emergency, someone else’s misfortune, into an odd disjunctive beauty. We see the artist thinking, where to place the projector to replicate this transmutation of banal social ‘darkness’ to a not untypical light of poetical aesthesis.4

Later, over dinner, a little wine, Lee proposes that all beauty is as such, essentially ‘banal’, in the sense of ‘unoriginal’. That beauty, particularly the romantic sublime variety, is merely a façade, a flip/flopped copy of something darker, something “useless”. Nonetheless, he hasn’t given up hope on pessimism, “…although feeling it is quite ‘useless’ at this stage…” In fact, he expands, that all optimism (c.f. Goethe’s notable social enthusiasm) is failed pessimism, or something like that. Sensing a thread, a continuum, from our previous conversation towards a previous exhibition text, Please Wait, in 20155, I tried making speed notes without looking at what I was writing – I’ve recently seen it done and was duly impressed. So my unoriginal or flipped reality is that now I’m scrambling to pick-up the pieces of a conversation that was challenging enough at the time, but sort-of-had-its-own internal linear logic. But in reality, all I’ve got to back this up are two pages of scribbling, with mapped arrows (<or>so>my>notes>say>) that join the top of page one to the bottom of page two and back again. Evidence enough, sufficient to chart this curious landscape? I sense so. But it does feel a bit like being able to see between the gallery’s spaces, but not able to move between them. Theoretically hypothetical or hypothetically theoretical?

As further evidence, Lee cites his photograph – incidentally his, but not importantly so… and once again he describes it as readymade (unoriginality, captured) – employed as the ‘banner’ image for the show and overlaid or ‘aided’ with the slightly out-of-focus and off-centred text; “banal”. He explains that the pink and blue seascape (lyrical, not untypical, Lee Kit colouration), with two yachts at mooring and man-made interventions, was taken in the near perpetual lightness of a summer’s night, in Estonia. Day for night: A country with a past darkness, emanating a ‘picture’ of present peace. What do we do with it? Banal.

We talk more about the banality of blueness, and having outlined my profound jealousy of Yoann Gourmel’s exhibition title; All Watched Over by Machines of Loving Grace, (after Richard Brautigan6), at Palais de Tokyo, (2017), which included an ‘original’ blue light projection by Lee Kit, our conversation moves on to the core ‘problem’. A brief notational email from the artist had speculatively outlined this in advance, but of course, not particularized, leaving us to find our own way:

Firstly, we need to discriminate between the voices of ‘I’ and ‘you’. Secondly, fifty-two years ago Brautigan wrote; “The problem is that if you get hung up on everybody else’s hang-ups, then the whole world’s going to be nothing more than one huge gallows.”7 So, go seek your own problems (solutions), original, sensory, perceptual ones… “Just as you wish”, answered the old Prince”. I’m in the mood to look far and wide.8 I wish.

1 Johann Wolfgang Von Goethe, Novella, opening lines and pg 8.
2 Jeff Koons 1988 sculpture entitled Ushering in Banality, housed in the collection of the Stedelijk, depicts, or replicates an enlarged figurine group that differs little from its sources of inspiration, which was a small statuette, probably manufactured in porcelain, commonly seen as an ‘ornamental decoration’. The sculpture diverges from its ‘original’ basis merely in its in scale adjustment and the production skill of enlargement it in carved, polychromed wood, one assumes, not achieved directly by the hand of the artist. By increasing the size and giving it this particular title Koons questioned both the relationship between art and commodity, as well as the relationship between fine art and kitsch. Neither agenda or approach even approximates any of Lee Kit’s artistic concerns, vocabularies or fundamental approach, which is always predicated on the handmade and common, available, low tech materiality.
3 Lee Kit’s current solo exhibition, ‘We Used to be More Sensitive’., Hara Museum of Contemporary Art, Tokyo, 16th September – 24th December, 2018.
4 Oxford Dictionary’s word of the year. Yay!, it doesn’t say which year… described as a rarely used noun, determining the perception of the external world by the senses. Origins: Early 17th century; earliest use found in John Deacon (fl. 1585–1616). From ancient Greek αἴσθησις sense perception, sensation, perception from the stem of αἰσθάνεσθαι to perceive (probably from the same base as ἀίειν to perceive, hear from the same Indo-European base as Sanskrit āvis-, Avestan āviš manifestly, Old Church Slavonic avě openly) + -σις
5 http://www.motherstankstation.com/exhibition/please-wait/text/
6 Richard Brautigan, (1935-1984), American novelist and poet; All Watched Over by Machines of Loving Grace, collected poems, 1967.
7 Richard Brautigan, The Abortion: An Historical Romance 1966, p. 63 (1970).
8 ibid no.1 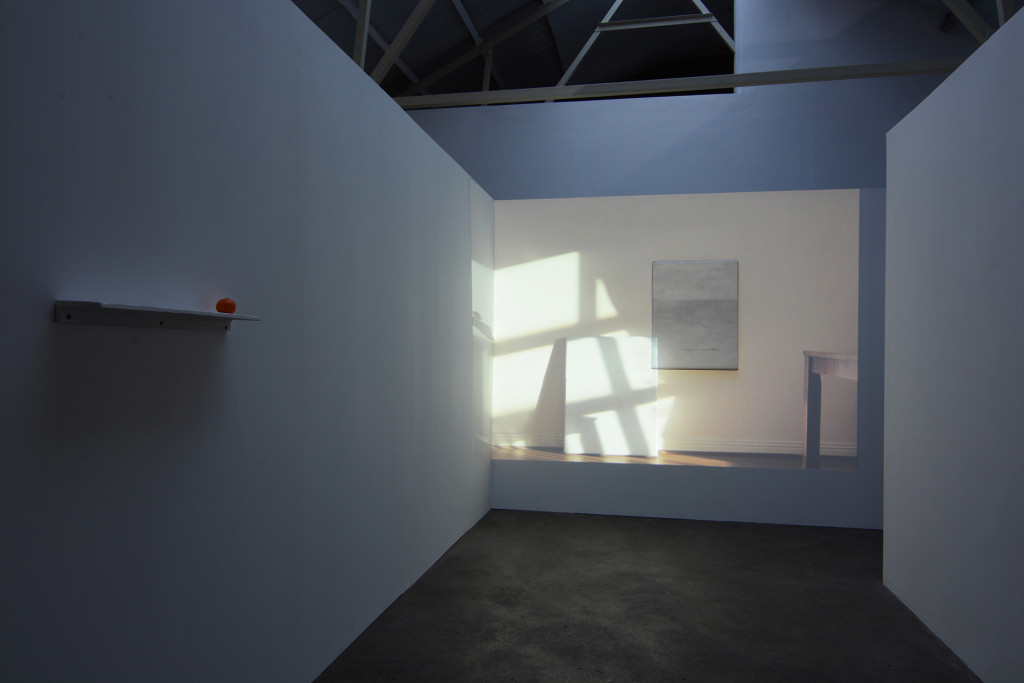 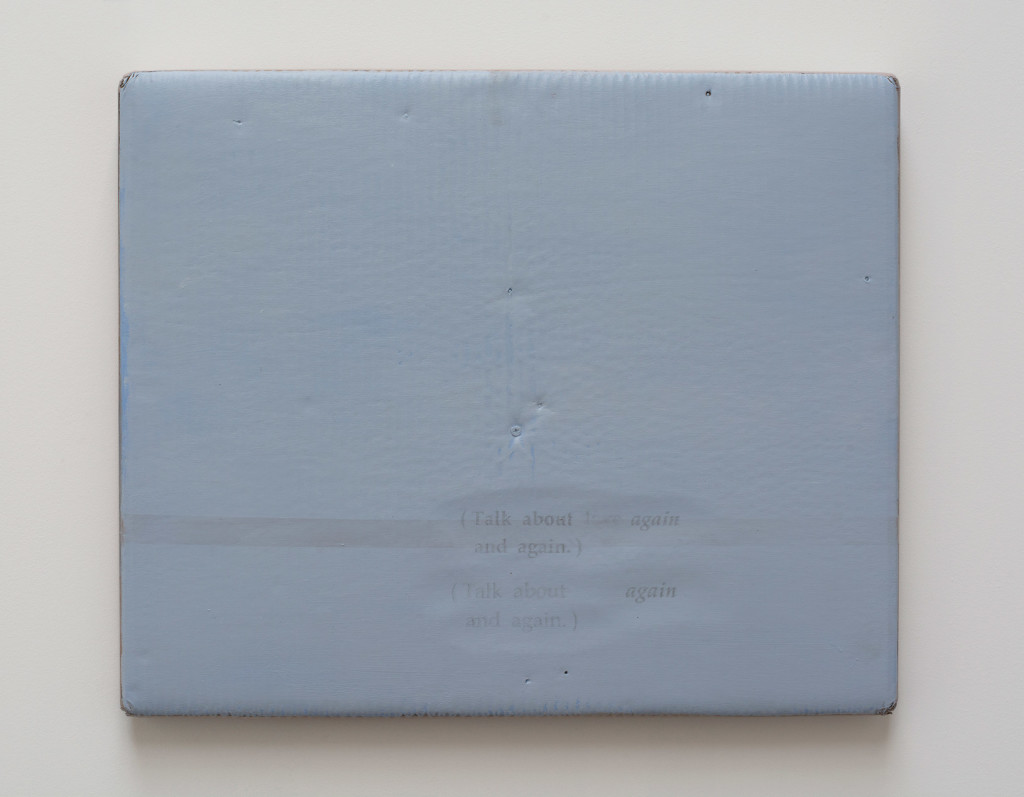 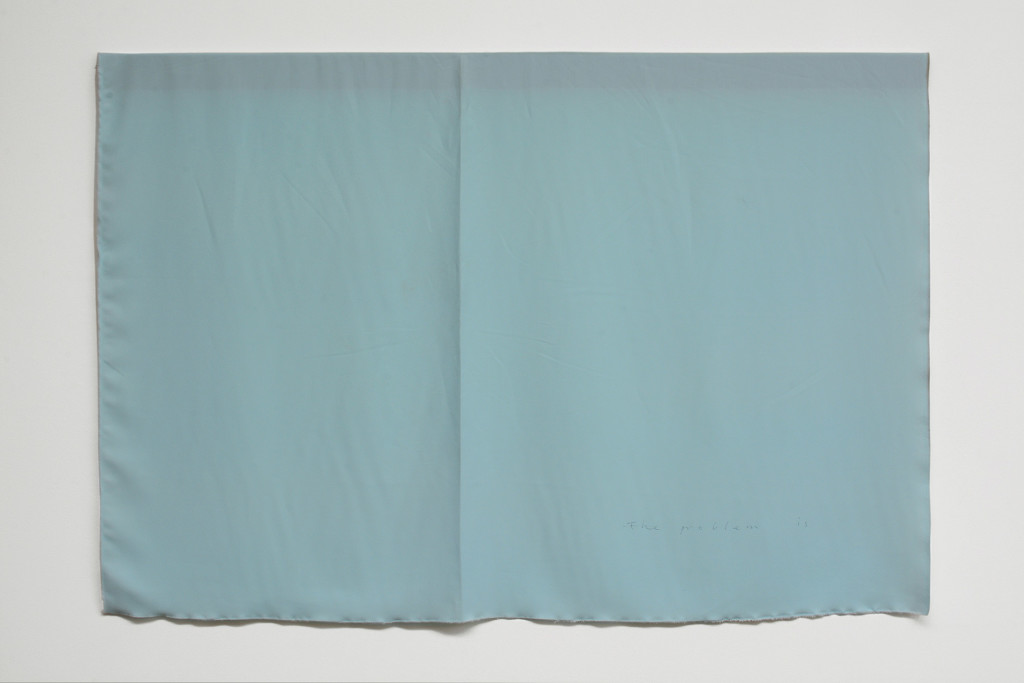 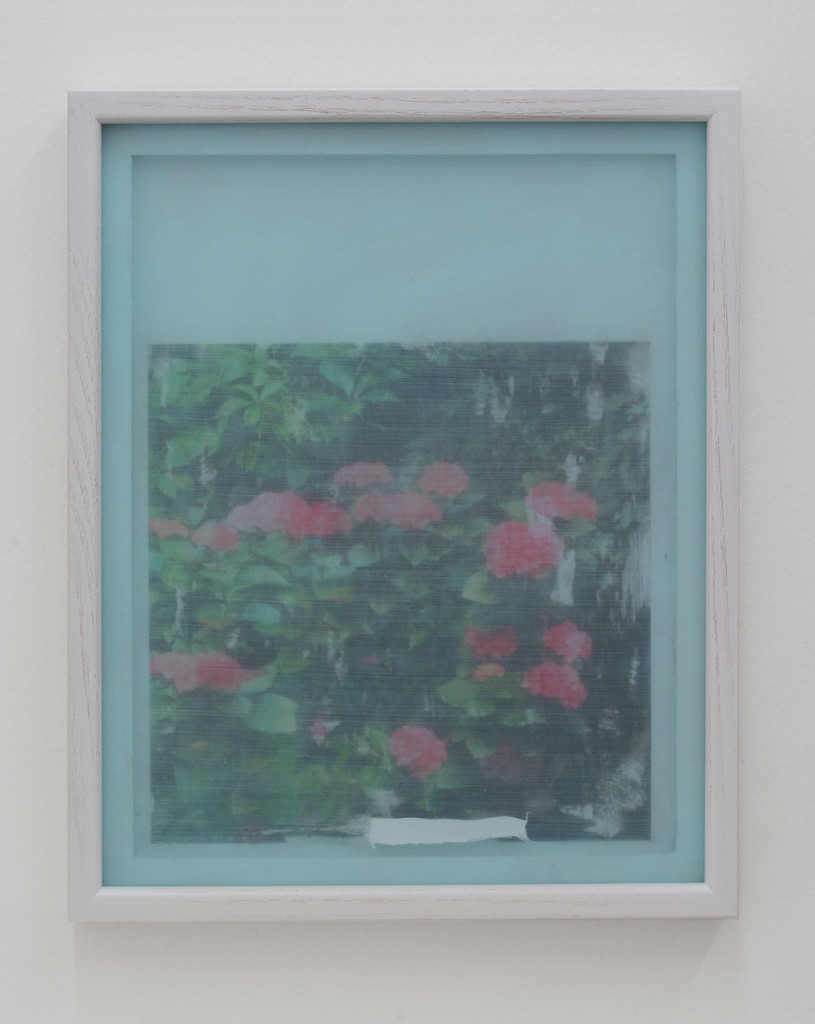 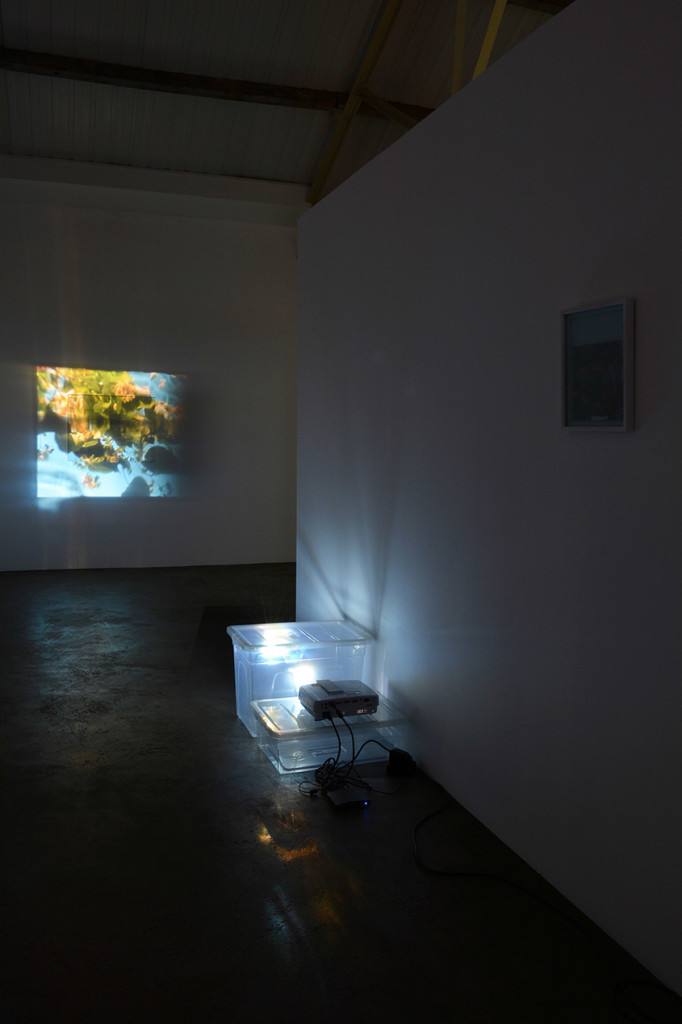 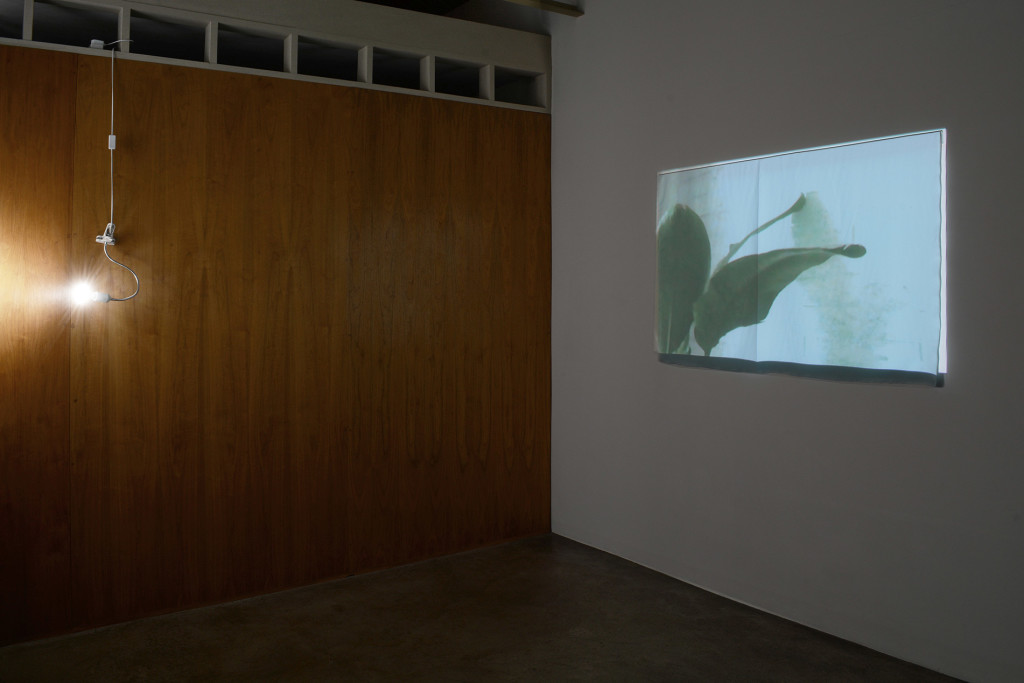 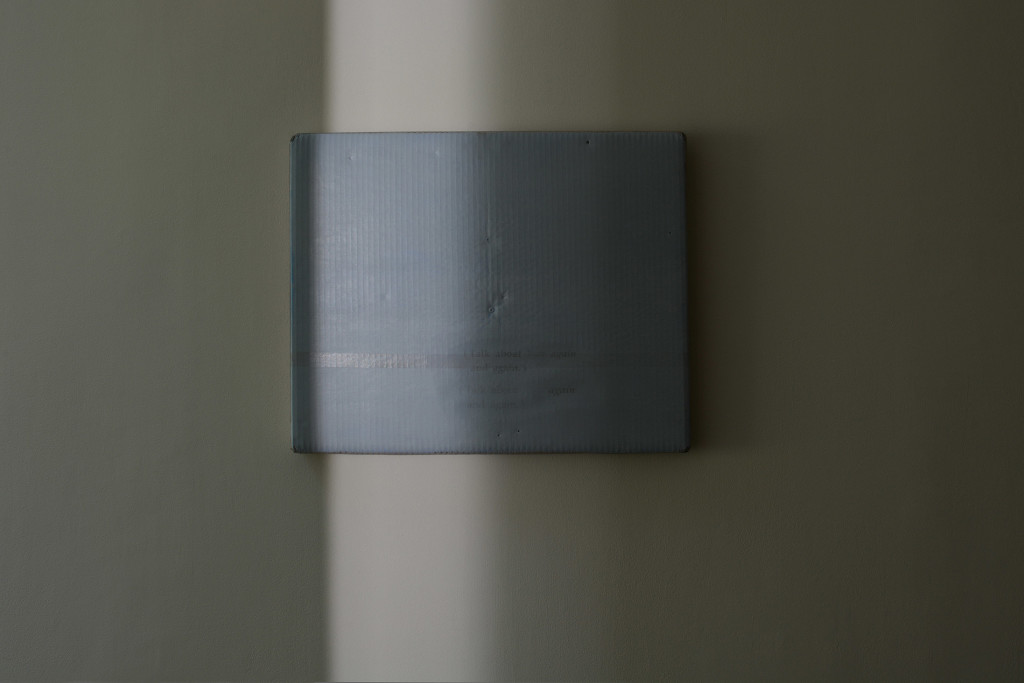 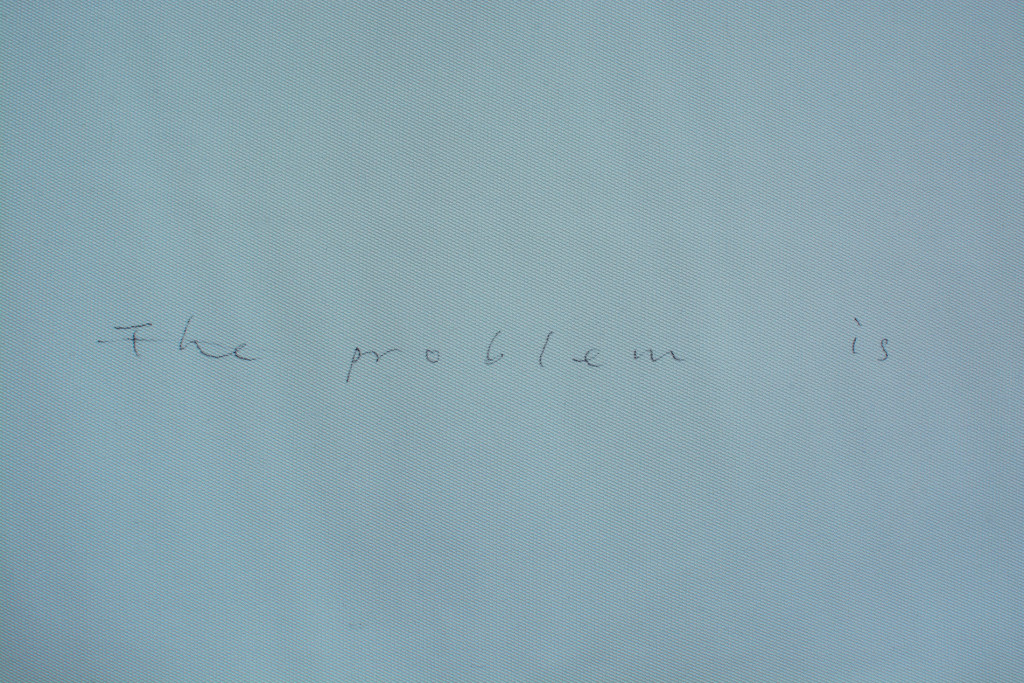 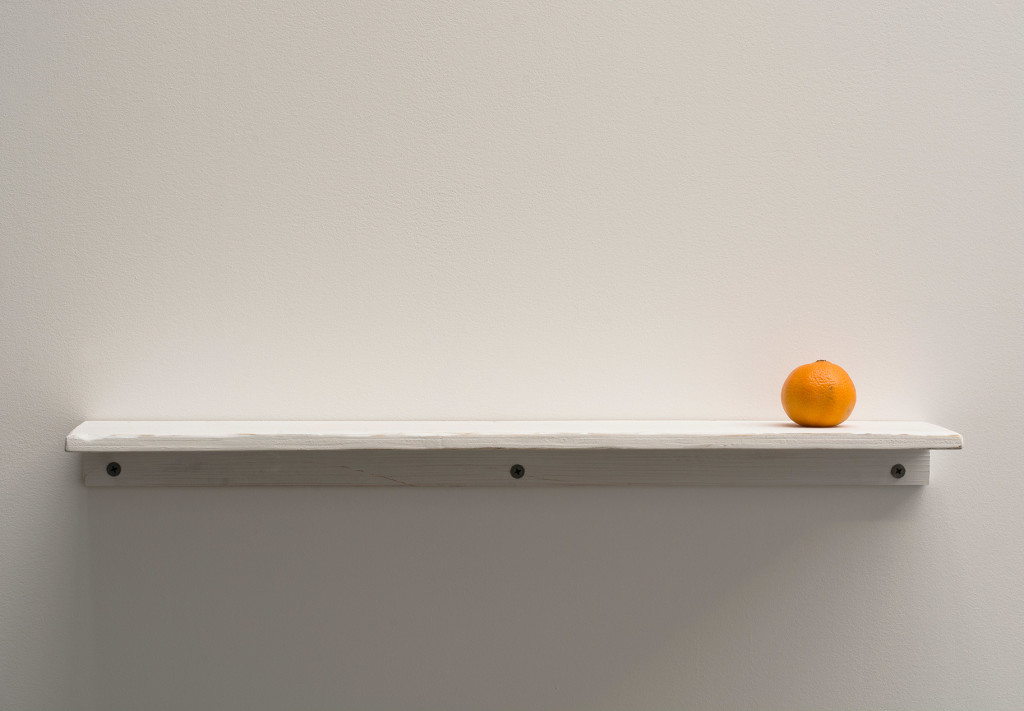 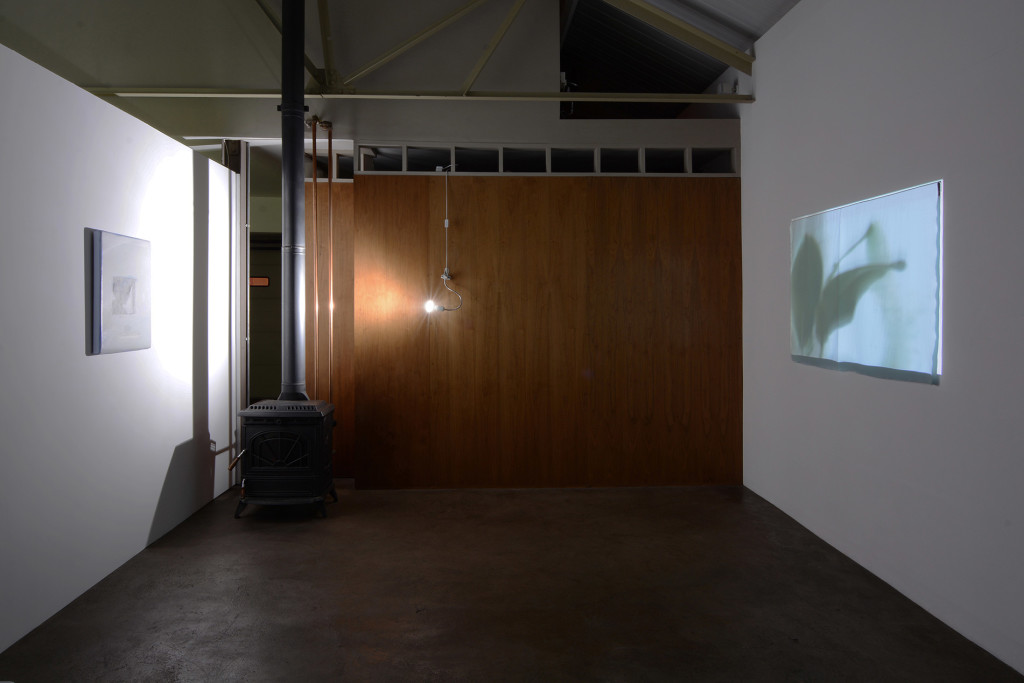 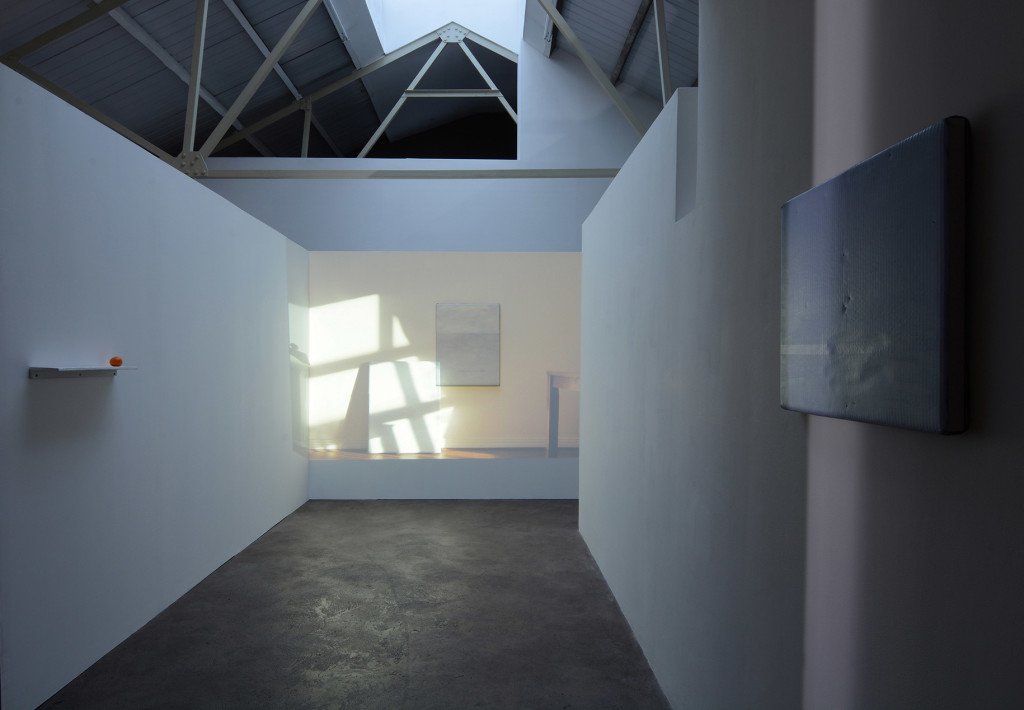 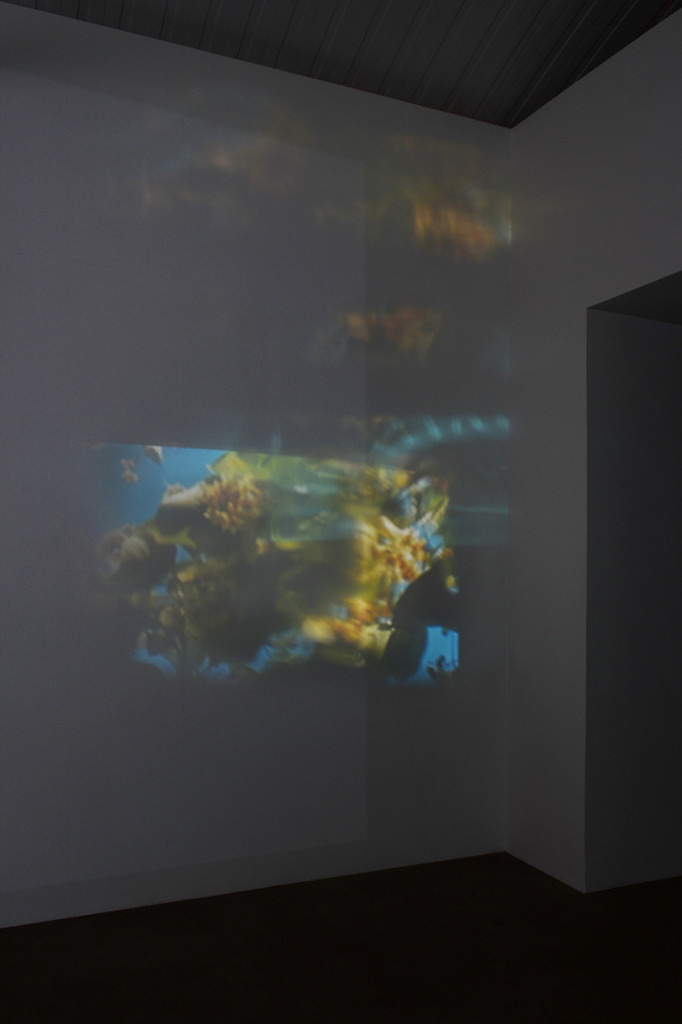 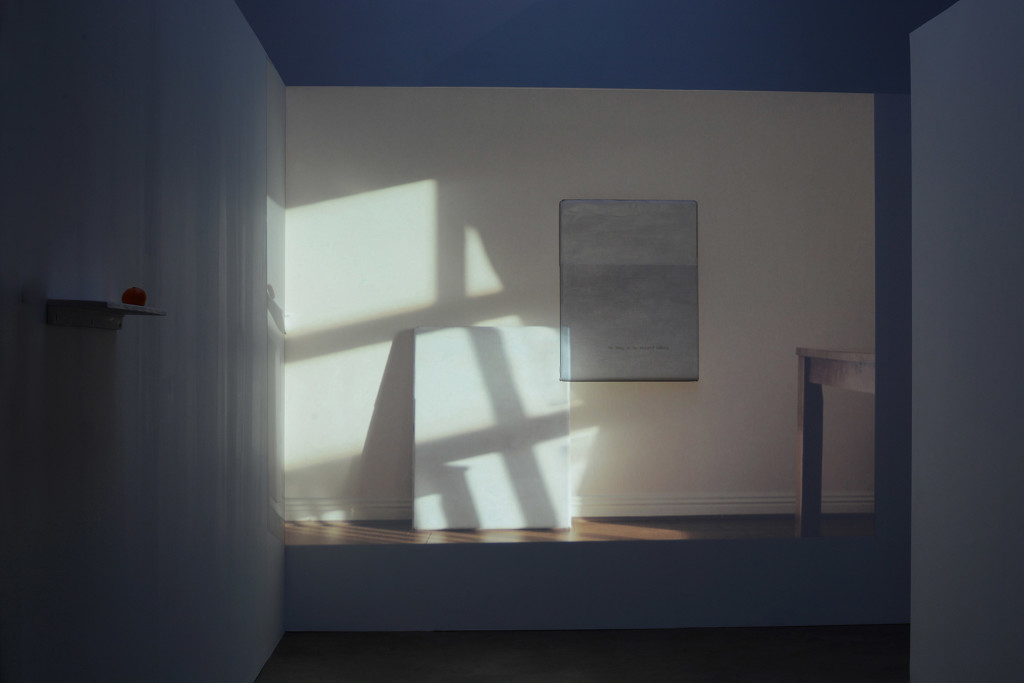 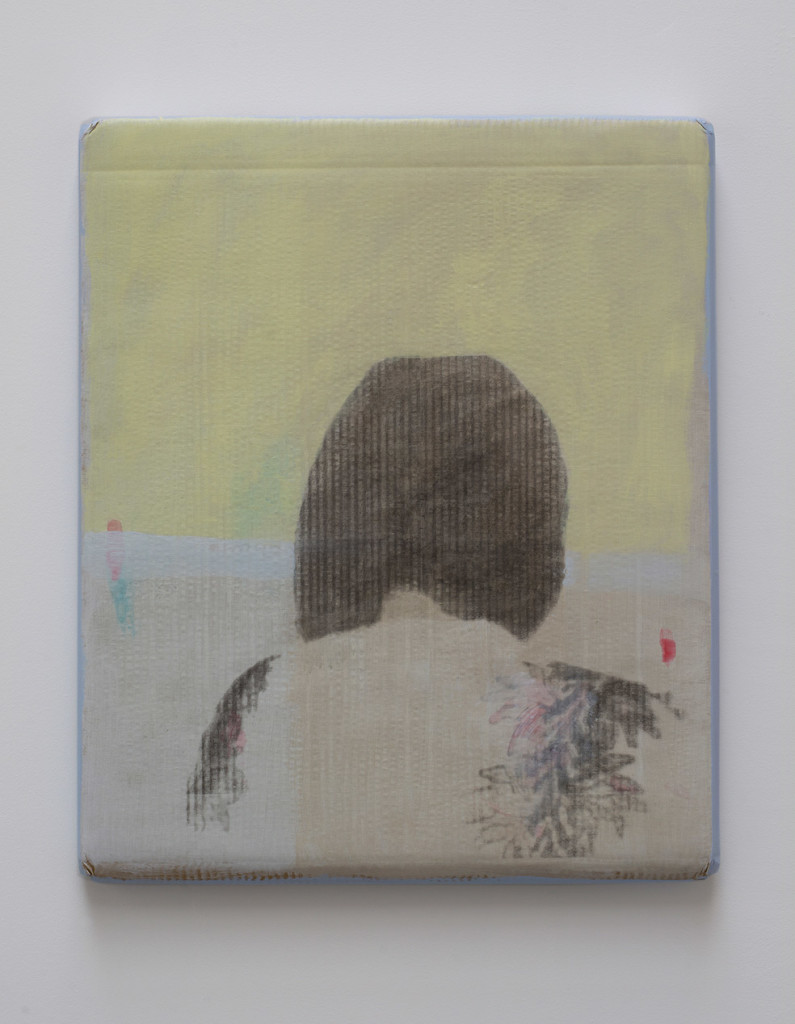 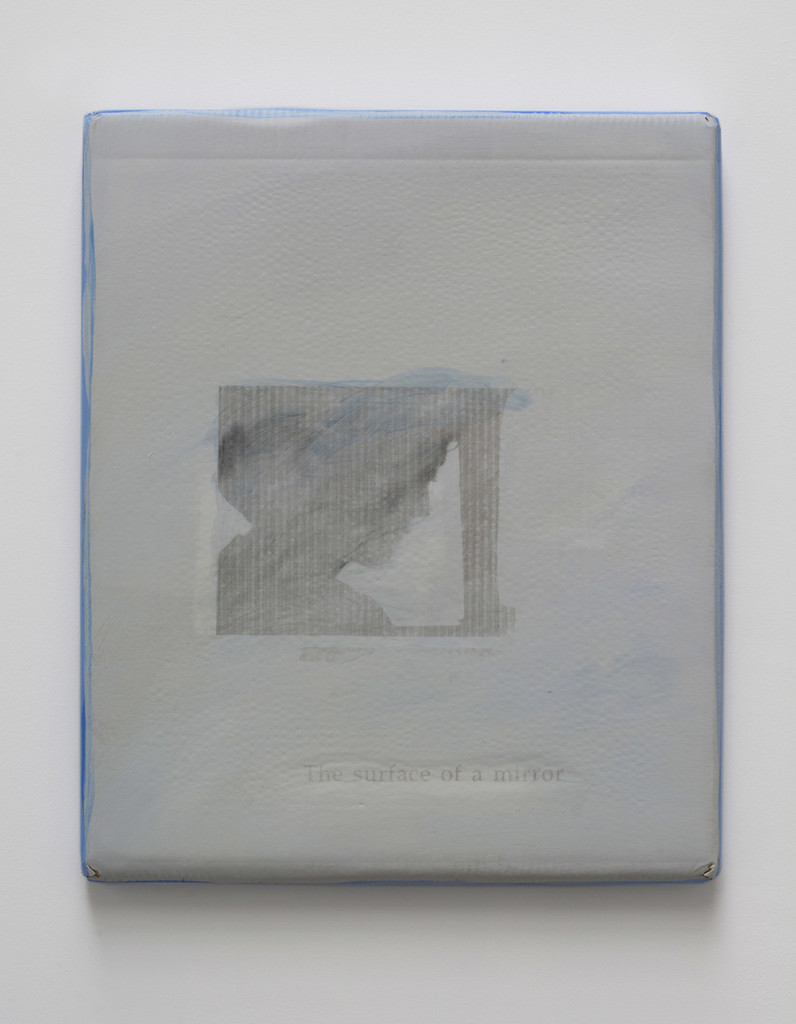 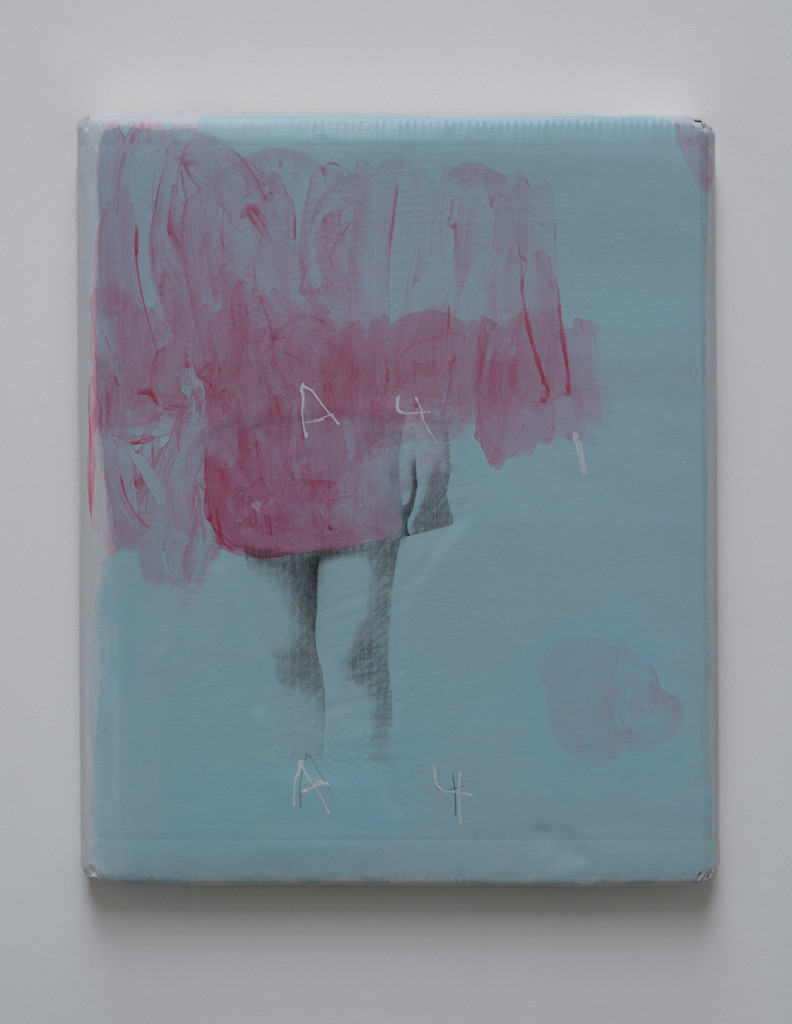 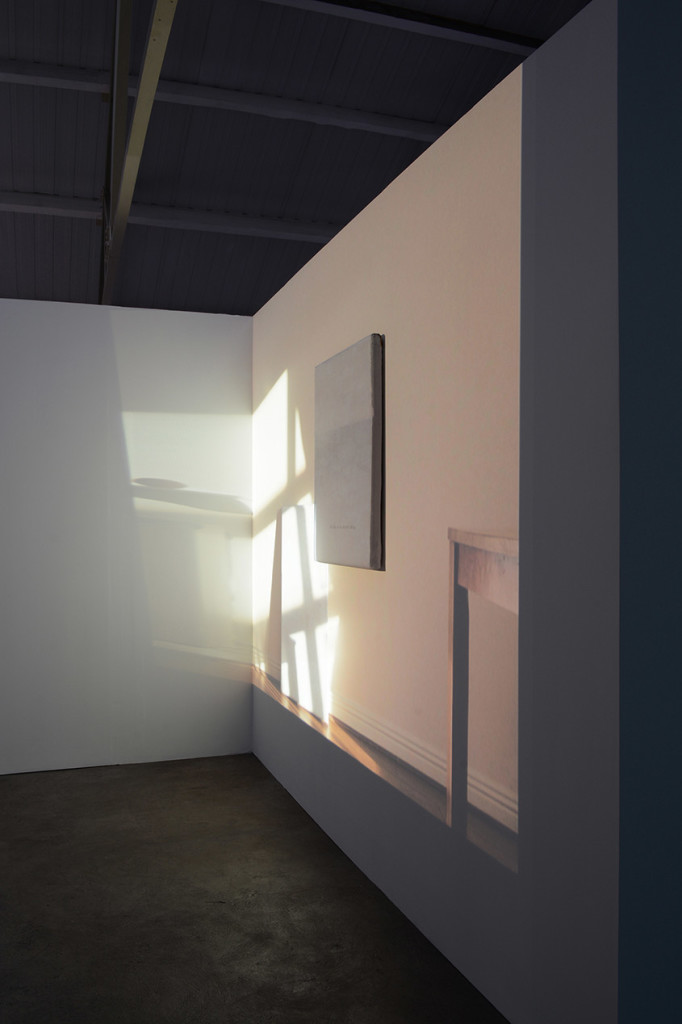 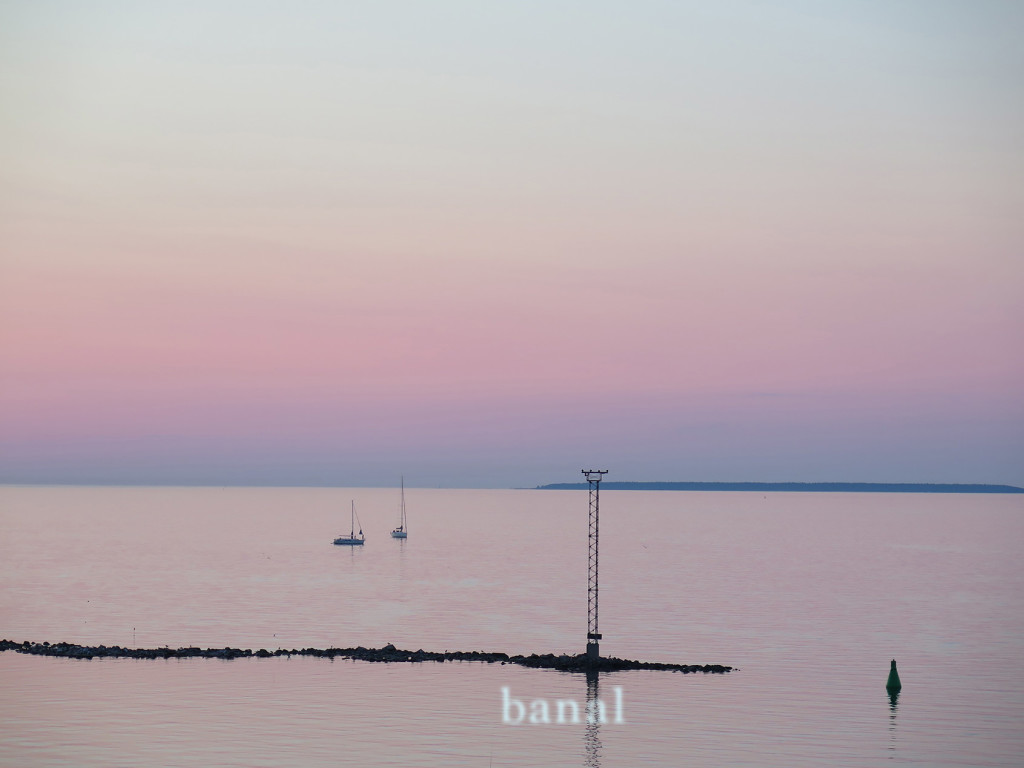 Please note that as some works in this exhibition respond to the physical light in the space, the viewing experience will vary throughout the day. 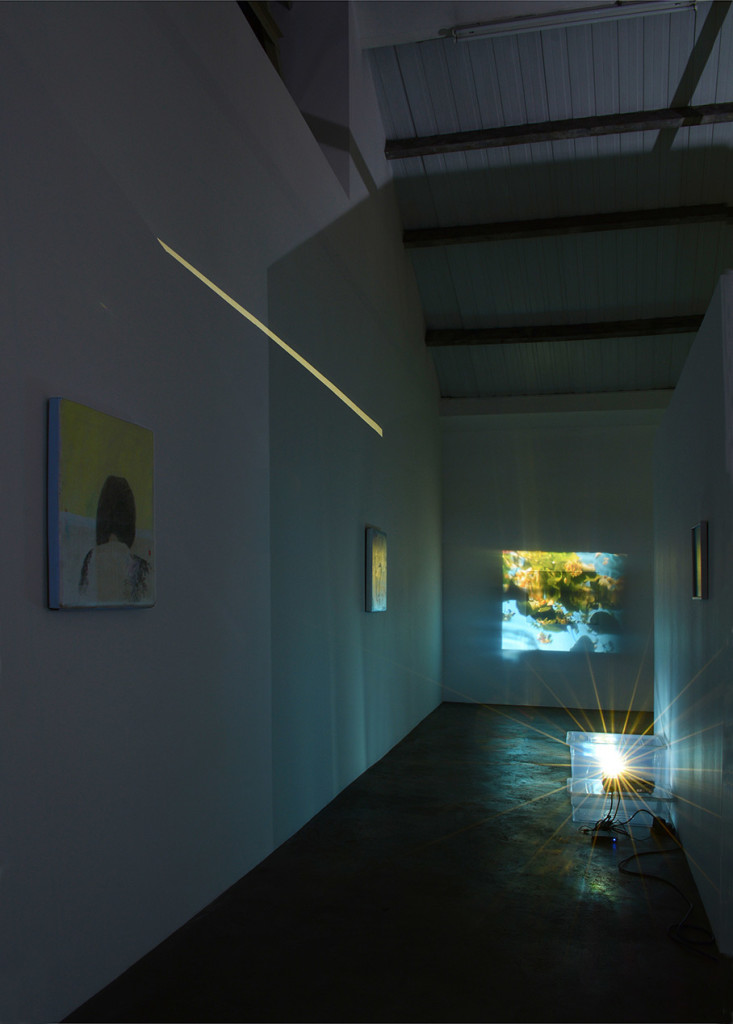 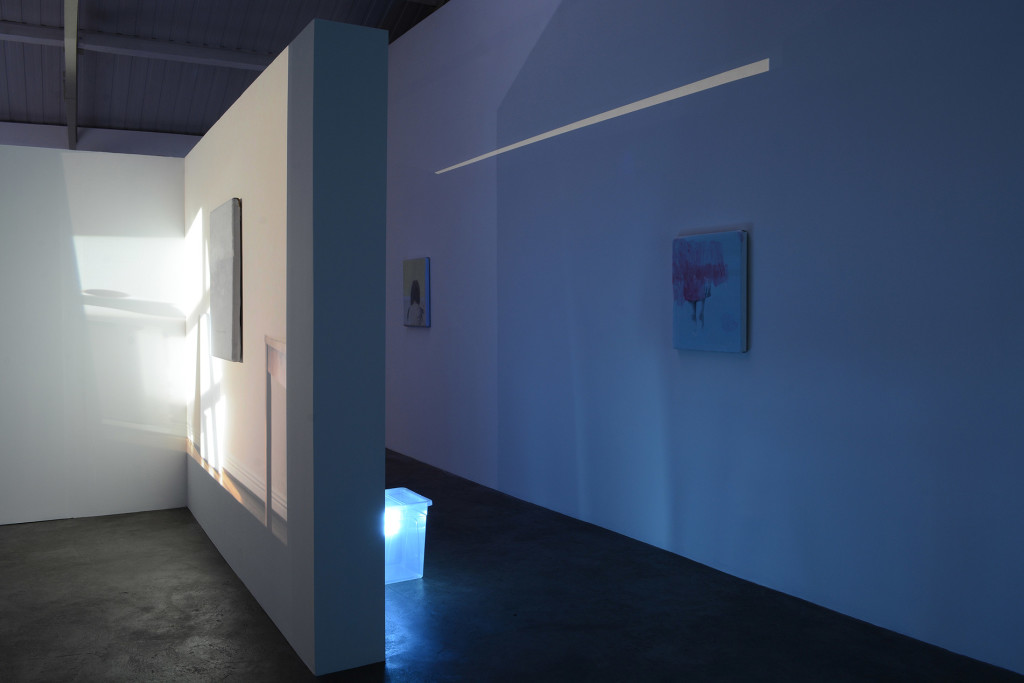 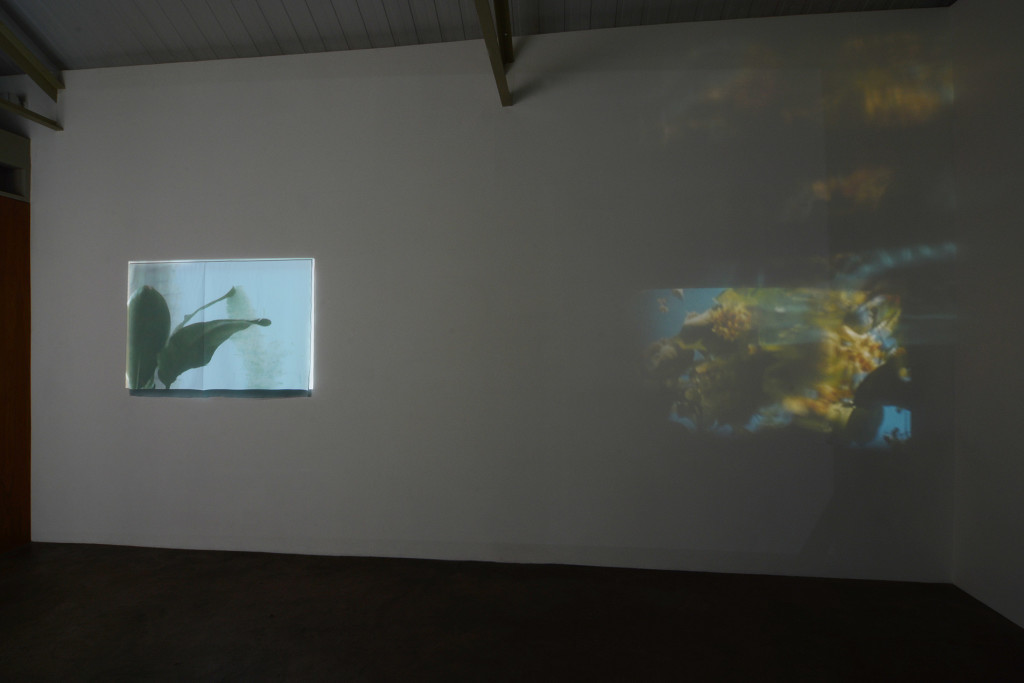 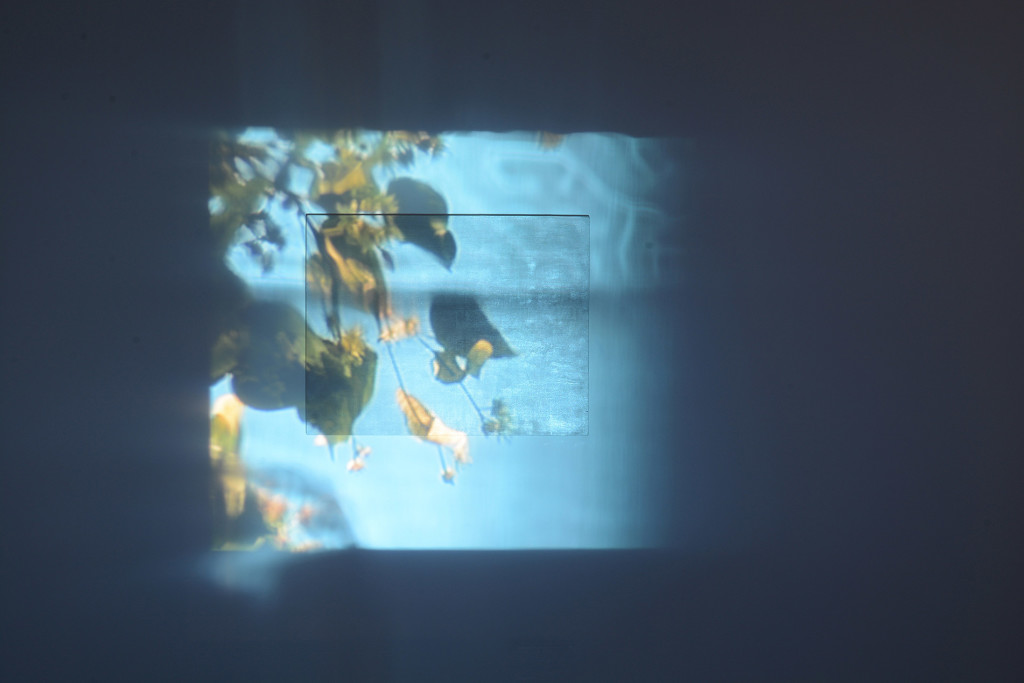