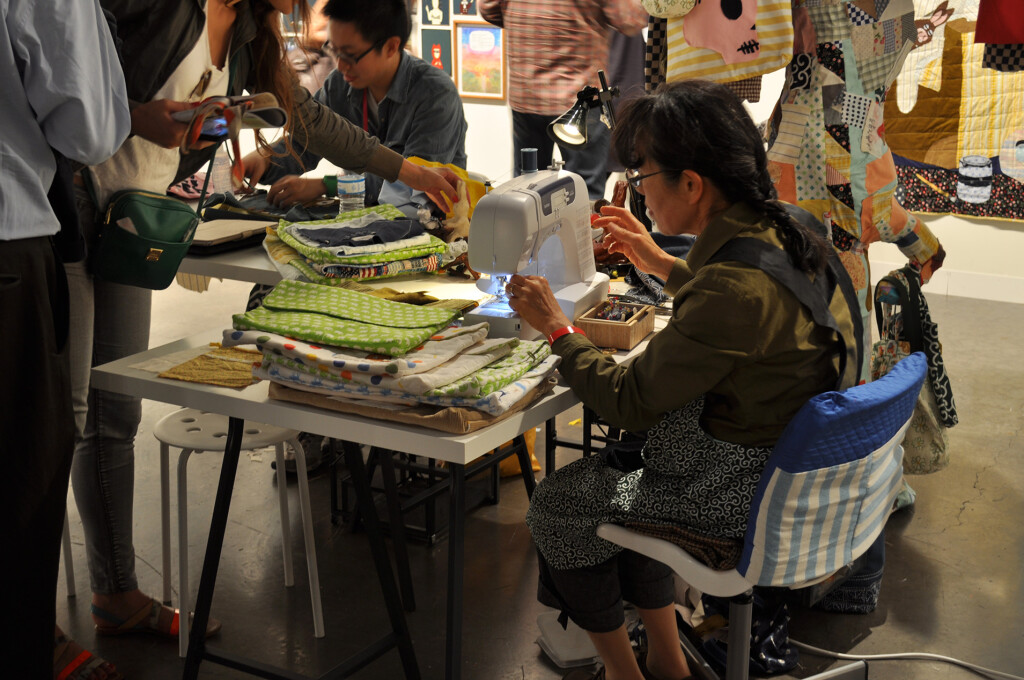 Atsushi Kaga recounts, that as a child his mother habitually hand made fabric bags, out-supplying need or purpose. Produced from scraps of patterned fabrics and Kimono remnants, the junior Kagas were obliged to use these ‘unique’ artifacts as school bags, counter to peer-driven identification with the dominant culture of ‘designer goods’. Nerd Bag Factory, an accumulative project, conducted with the participation of the artist’s mother, Kazuko Kaga, establishes a busy production facility, an on-site workshop, to output exclusive ‘replicas’ of these eccentrically handcrafted, utilitarian objects. During the first days of the fair, Kazuko Kaga will cut and sow the bags on site as her son diligently decorates them. On numerous levels, the installation is conceived as cultural payback. The booth, resembling something between a ‘shop’ and a studio will also be intensively hung with numerous small panel paintings, new, large format fabric collages and paperworks, all of which have been recently produced from Kaga’s New York, Location One studio residency.

Kaga’s work is a compelling fusion of east and west; visually spectacular, his unmistakably Japanese stylings are extended by caustic wit, and an astute manipulation of bi-lingual (Japanese-to-Irish/English) text. Confronting complex sociological concerns of identity and social identification, Kaga’s work exploits familiarity with the form of the talking ‘funny animal’, derived from Comics and animation. His cast of stylized ‘avatars’ orbits around two main protagonists; Usacchi (a lovable, but roguish, Aesopian rabbit — importantly, Kaga’s alter-ego), and Kumacchi (a drug-addicted, amputee bear and Usacchi’s soul-mate). 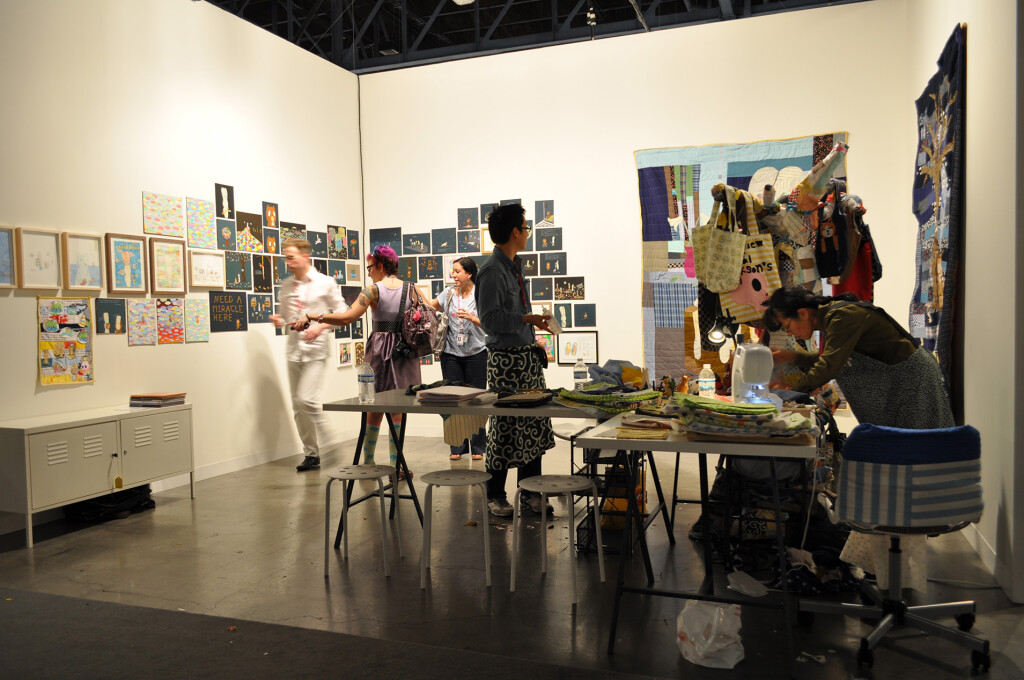 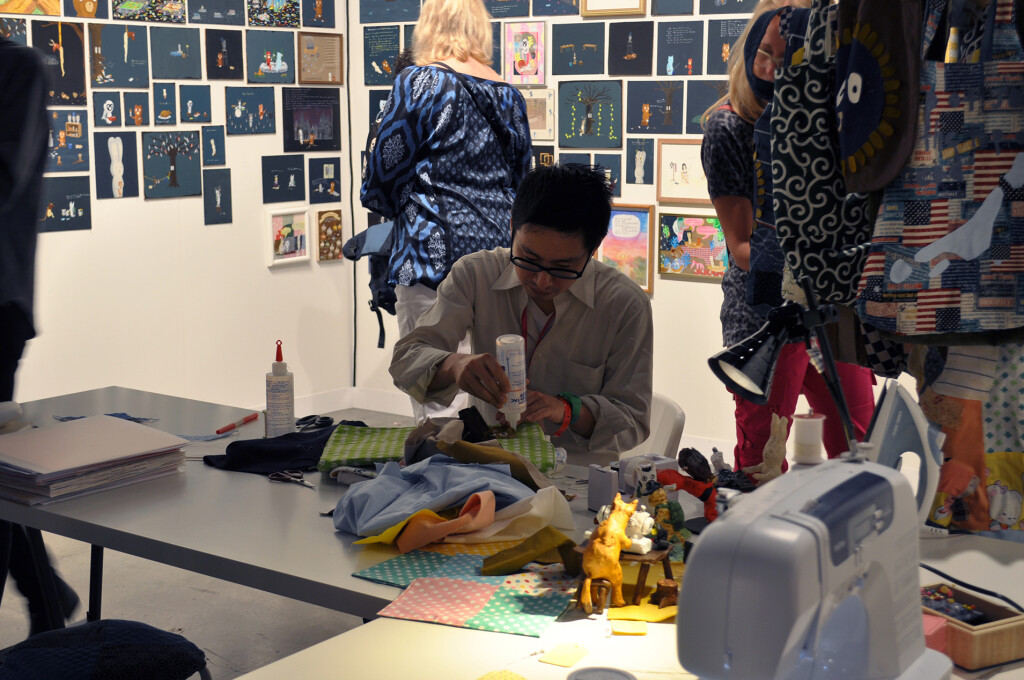 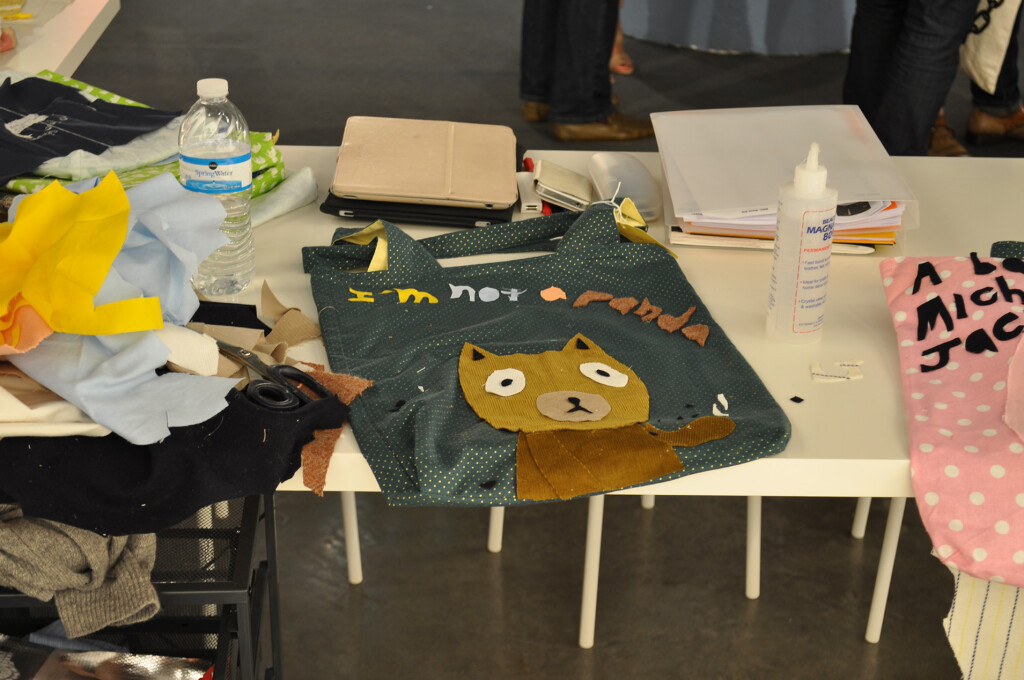 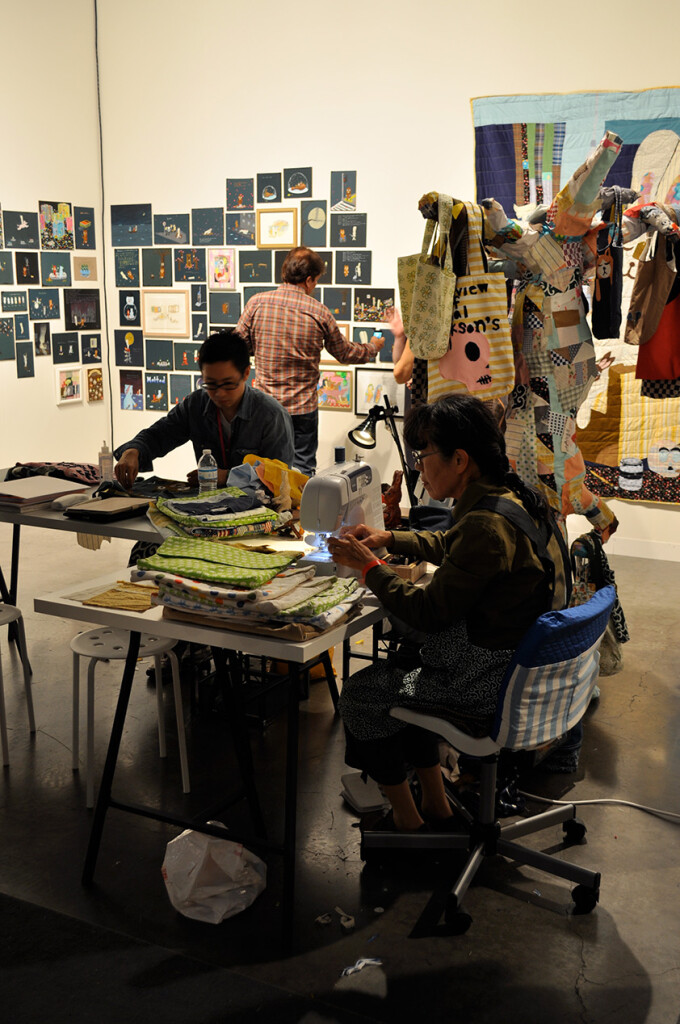 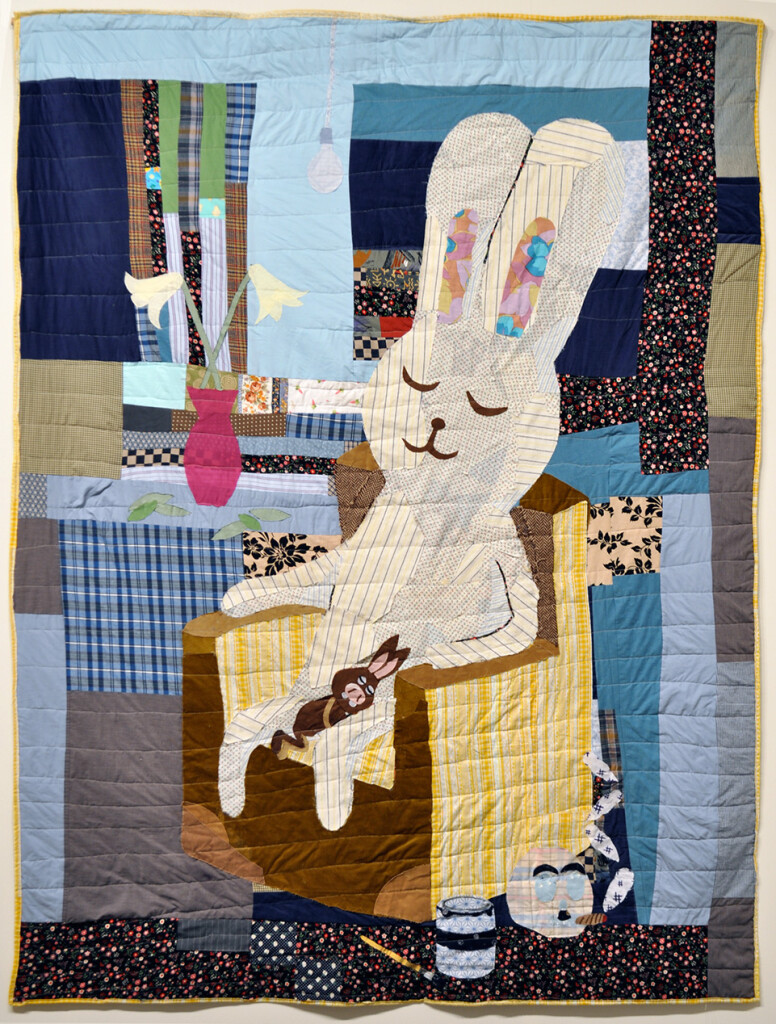 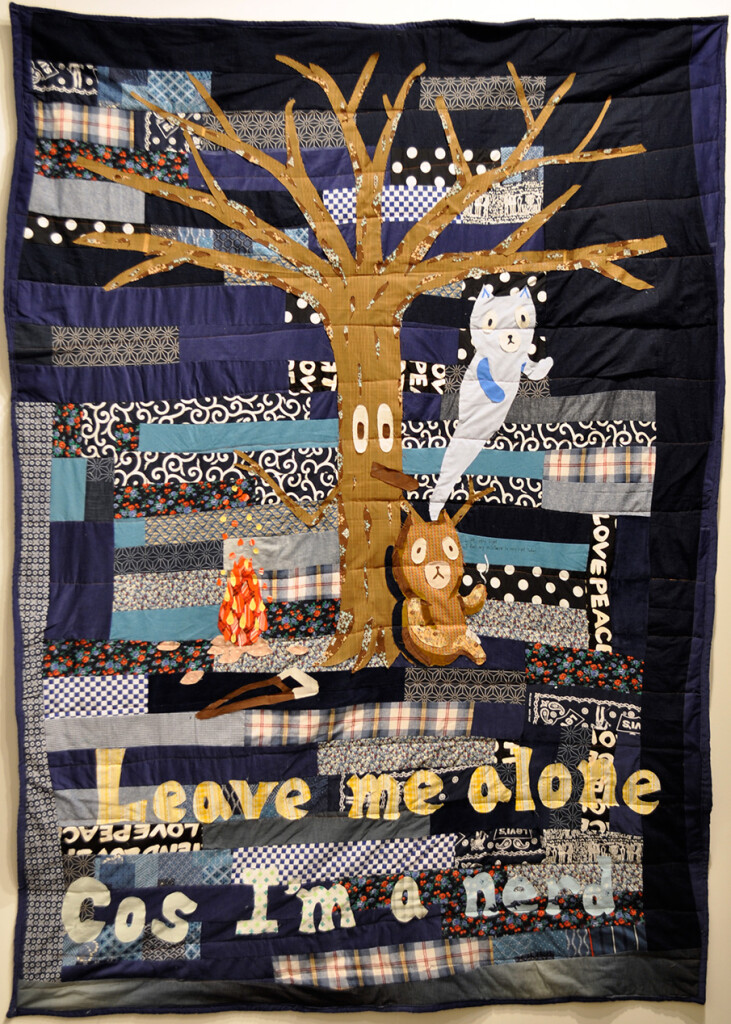 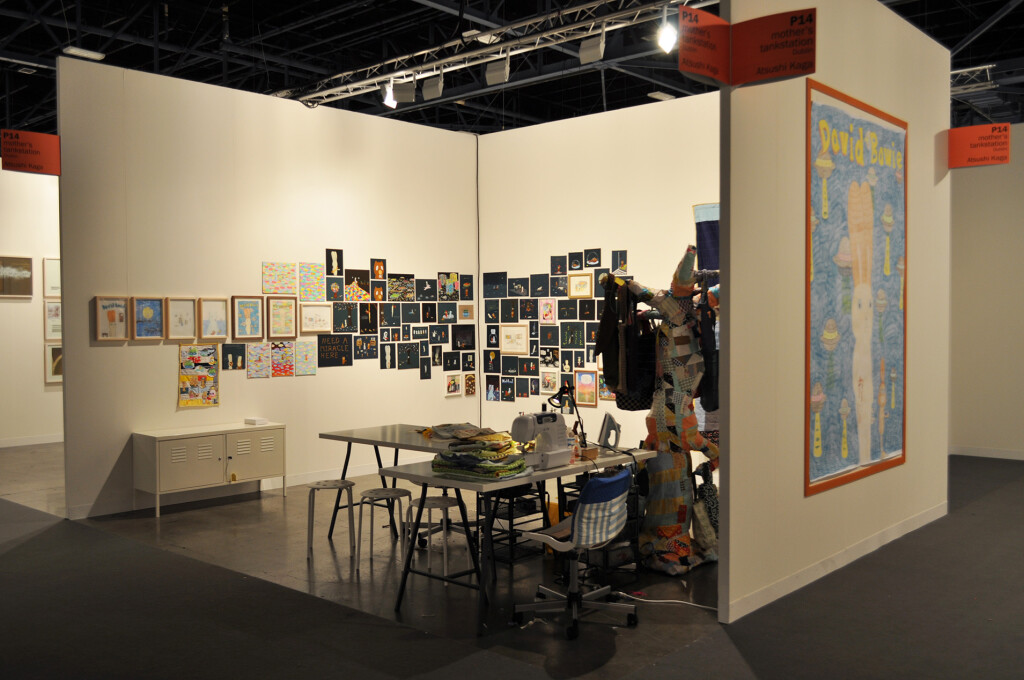