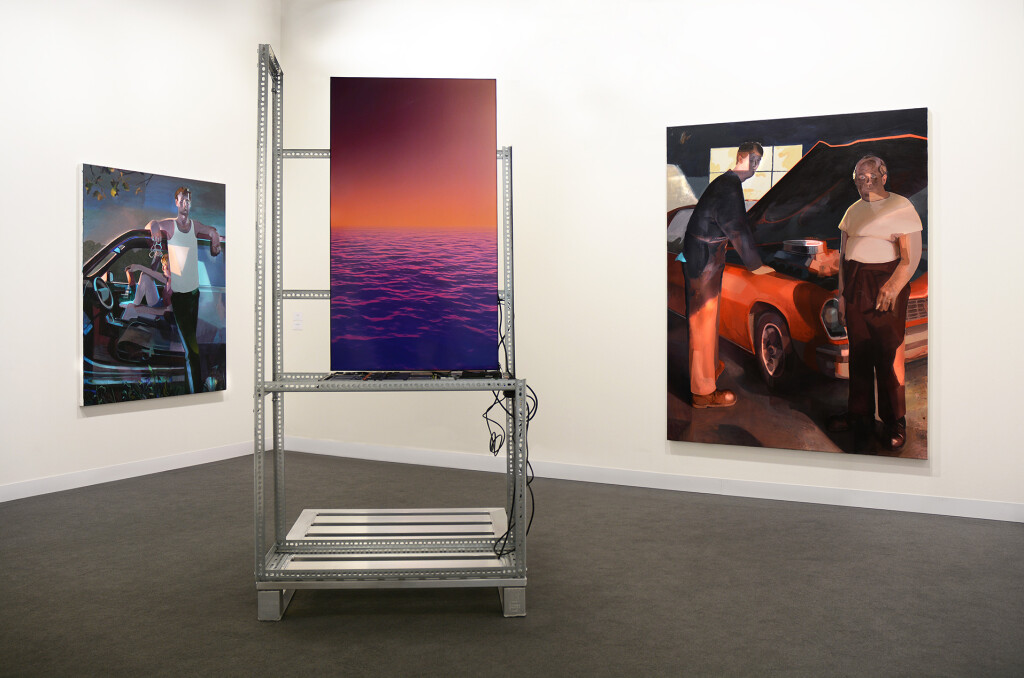 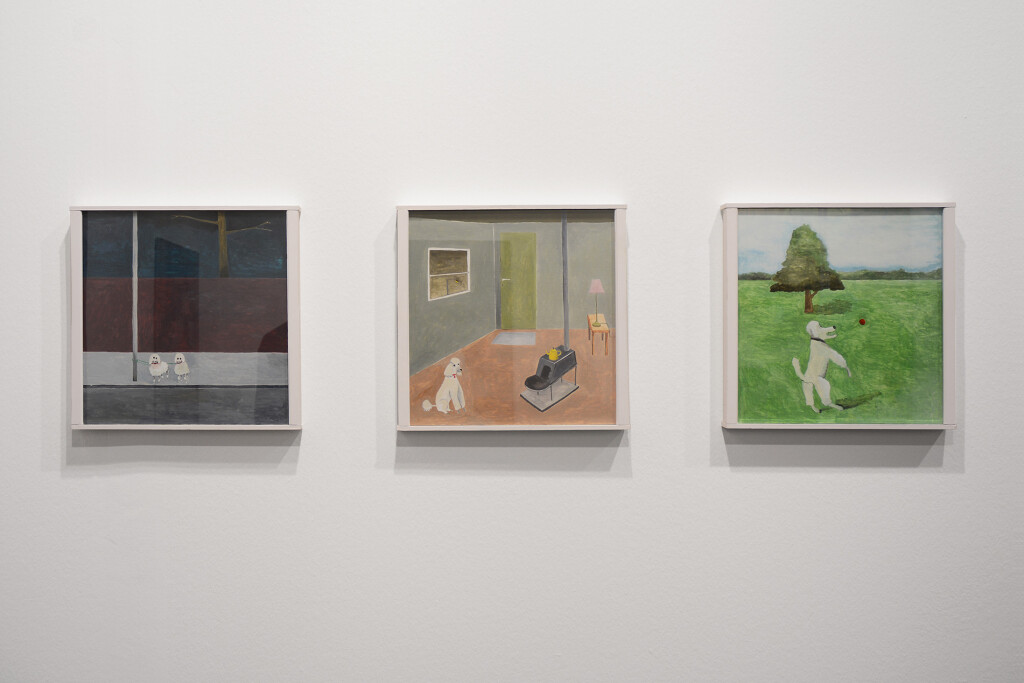 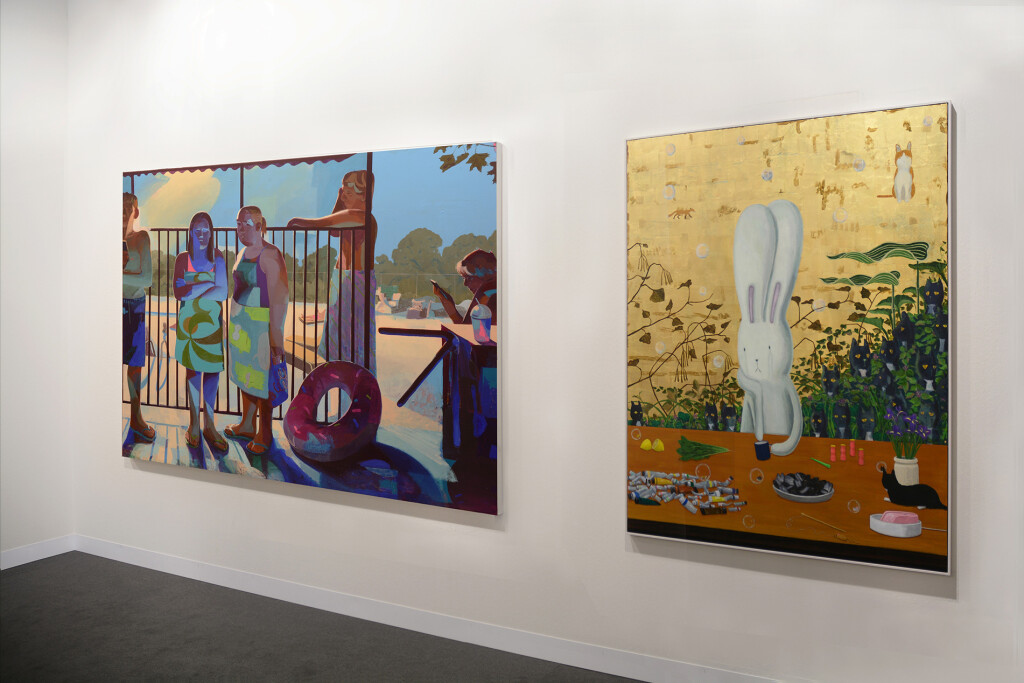 mother’s tankstation’s Art Basel 2021 ‘Galleries’ presentation features artists of differing cultural backgrounds, that together articulate the complexities of the gallery’s programme over two venues, Dublin & London, located in two increasingly different countries that share an entangled history: Ireland, resolutely European/global in outlook, and an increasingly introspective UK. Coincidentally 2021 marks both the practical implementation of Brexit, and the one-hundredth anniversary of the signing of the Anglo-Irish treaty, triggering the independence of the Republic of Ireland from Great Britain. Geographically speaking both countries remain inextricably linked, yet one arguably unwittingly impacts the dynamics of the other. To acknowledge this, a curated presentation looks towards artists who share complex relationships with the idea of ‘nationhood’ and foregrounds works that observe the outward/inward dialectic of the world. Matt Bollinger’s (USA) paintings empathetically depict the disengagement of white, working-class, Middle America. Prudence Flint (AUS) and Atsushi Kaga (JP), very differently, look at culture, isolation and self-containment. Yuko Mohri’s (JP) kinetic sculptures mimic irregularities in infrastructures. Noel McKenna (AUS), questions the psychology of ‘interior’ domesticity, Yuri Pattison (IE) questions the veracity of provided information and the queries ‘universalities’ we once took for granted. Mairead O’hEocha’s (IE) paintings reflect the specifics of (non)place, simultaneously affirming and negating the unique and universal.

Atsushi Kaga’s recent paintings look poetically at loneliness and companionship. They merge the forms and symbolisms of 17th century European ‘Vanitas’ and the decorative, natural stylisations of the Kyoto Rinpa School – which during the exclusionist Edo period was thought to be too open to western influence. The paintings turn inwards to Kaga’s archetypal ‘self-portraits’ via his alter ego, Usacchi, who in keeping with Manga story-telling tradition, is a roguish rabbit ‘trickster’. Púcaí (ancient Irish) are shape-shifting folkloric creatures, common through ancient Egypt and Greece, to Africa and America, where it reappears as the Brer Rabbit stories, passed through generations of African American slaves. In all iterations, the ‘underdog’ betters its masters.

Matt Bollinger is a painter of evident socio-political conscience, who according to the poet John Yau, captures the disenfranchised, purposelessness white, working class, middle American “like no other artist of his generation”. The problem of purpose-torn societies, demonstrating increasingly narrow world-views is hardly exclusive to Middle America but common across the globe. With uncommon sensitivity, Bollinger respectfully depicts his subjects with empathy rather than satire.

With a relevance heightened by the imposed isolations of a global pandemic, Prudence Flint’s paintings depict a disengaged, insular world populated solely by women, wrapped in small daily activities, located in pastel coloured interiors or formal outdoor spaces. Alone or in small groups, but always isolated, Flint’s women pass time in seeming anticipation for something that may not happen. Never making eye contact with the viewer or each other, art historically they look sideways to different temporal worlds, perhaps previously inhabited by Fra Angelico, Modigliani or Botero, the magical realism of Frida Kahlo or the waking dreams of Dorothea Tanning.

Influenced by post Fukushima Japan, Yuko Mohri’s kinetic sculptures recast everyday items into self- contained ecosystems. Often powered by the electromagnetic forces of invisible and inaudible sound, ordinary objects are “left to their own devices” to produce subtle kinetic actions that flicker and twitch, reminding us of the fragility, the frailty, of things.

Noel McKenna’s paintings show us the environments we construct for ourselves to feel safe ‘at home’. Behind the closed doors of McKenna’s sparse interiors, furniture, objects and ‘pets’, and their relative disjunctions are given ‘humanised’ identities beyond designated purpose. For Art Basel, McKenna has made three new Poodle paintings; one giant Poodle, red collar, sits patiently in a shaker style interior, in front of a potbelly stove topped by a cheerful yellow teapot. Another, jumps to catch a ball thrown from an unseen human hand, and the third painting, titled ‘Snowball and Thomas Tied Up’ heart achingly renders two front-facing, neatly clipped dogs, tied to the lamppost of an empty, darkened street.

Inherently 21st century, Yuri Pattison’s practice is informed by layering artificial and material realities and signifies human interaction in an increasingly technocratic society. Underpinned by an elegant wry humour, his work demonstrates the ‘political’ potential of communication by using technologies intended for surveillance, productivity-assessment, data collection and archiving. In an important new work, ‘{sun}set, provisioning’, closely related in form and content to that of a recent major Tate acquisition, and a multi-channel version of the same construct from his recent acclaimed museum exhibition, the engine, at Dublin’s Douglas Hyde Gallery, Pattison creates the HD illusion of a sunset over a stormy ocean, created out of the constructs of a gaming programme, the heightened, un- naturalistic parameters of depicted turbulent nature, are endlessly varied and determined by monitored atmospheric pollution.

Mairead O’hEocha is one of Ireland’s most respected painters, whose subject matter has varied over the years but has always orbited a conscious intellectual and cultural specificity to national identity. Recent works have looked closely at the colonial legacy of ‘natural history’ exhibits in a Dublin museum idiomatically and chillingly known as “the Dead Zoo”. 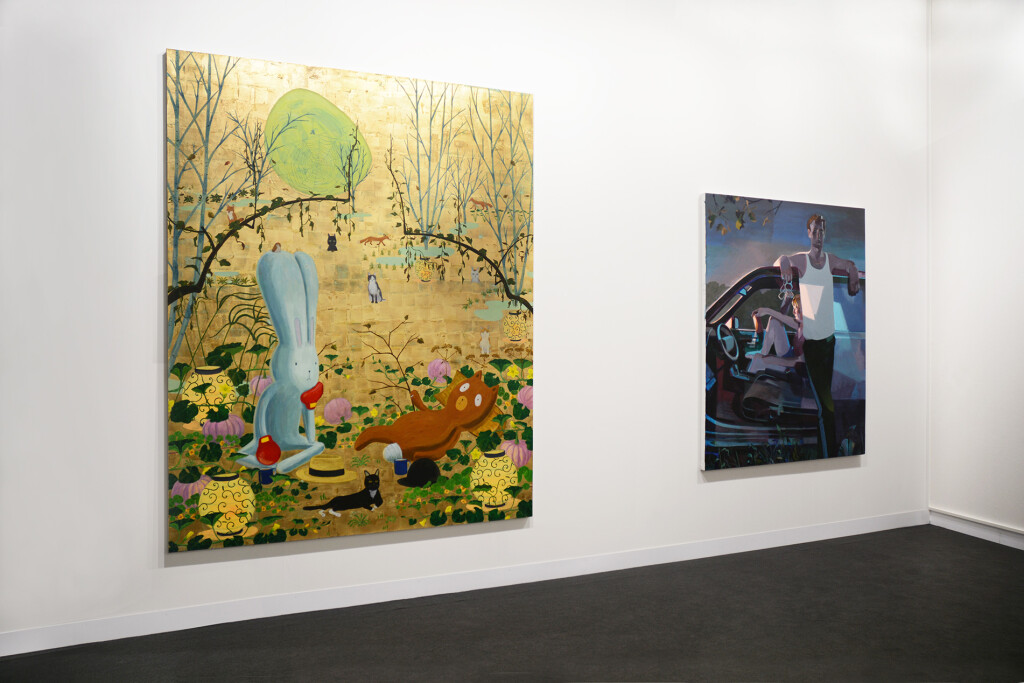 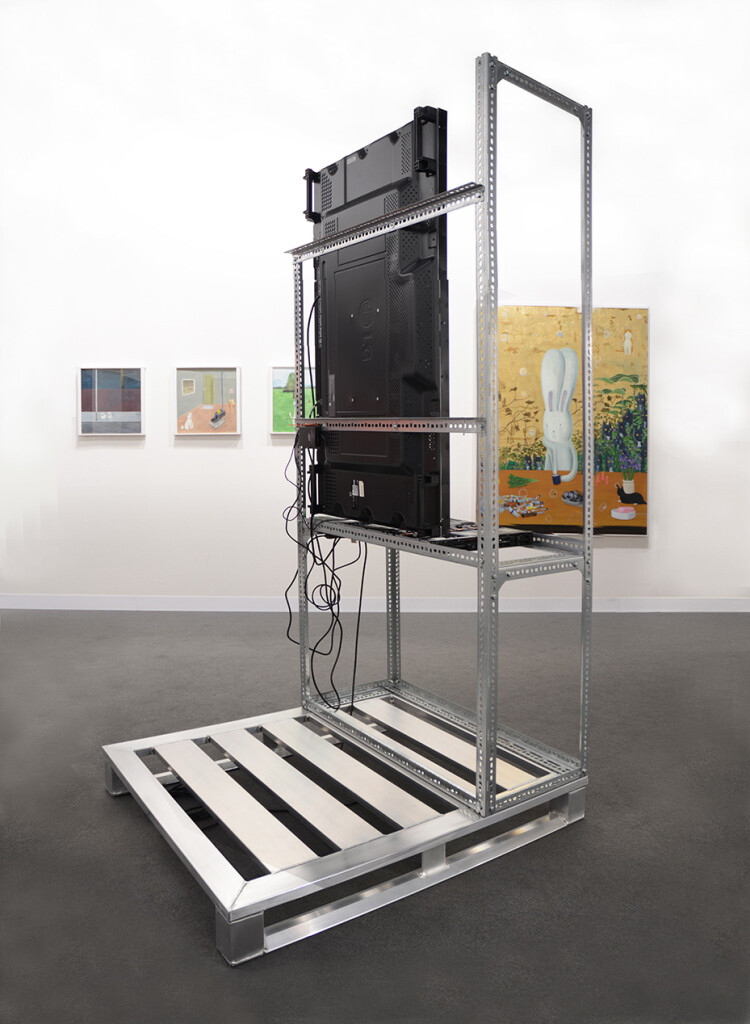 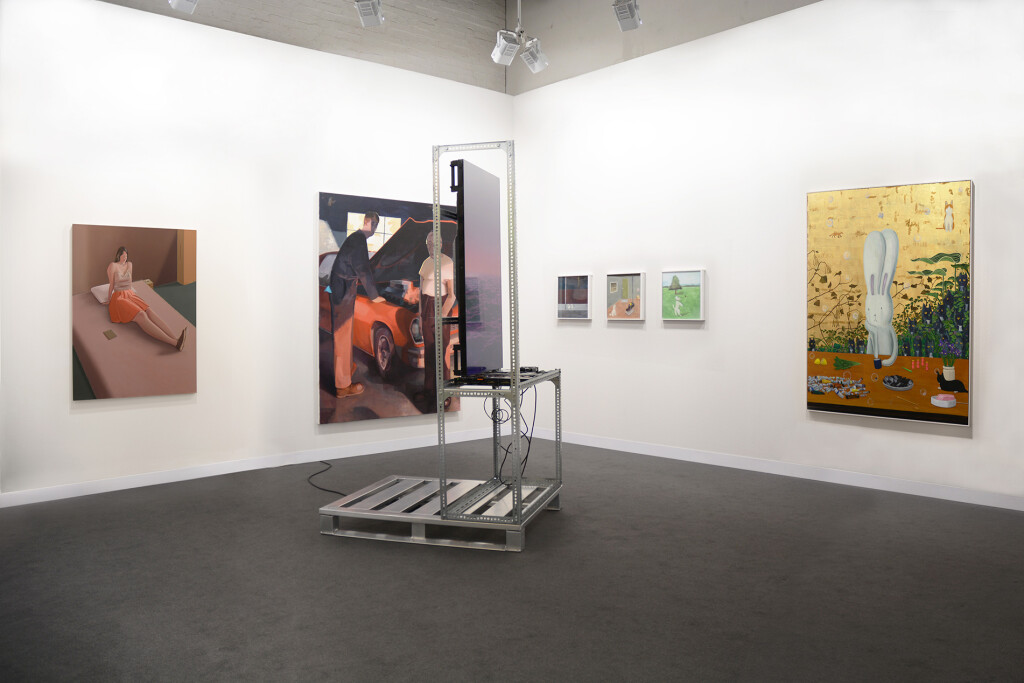 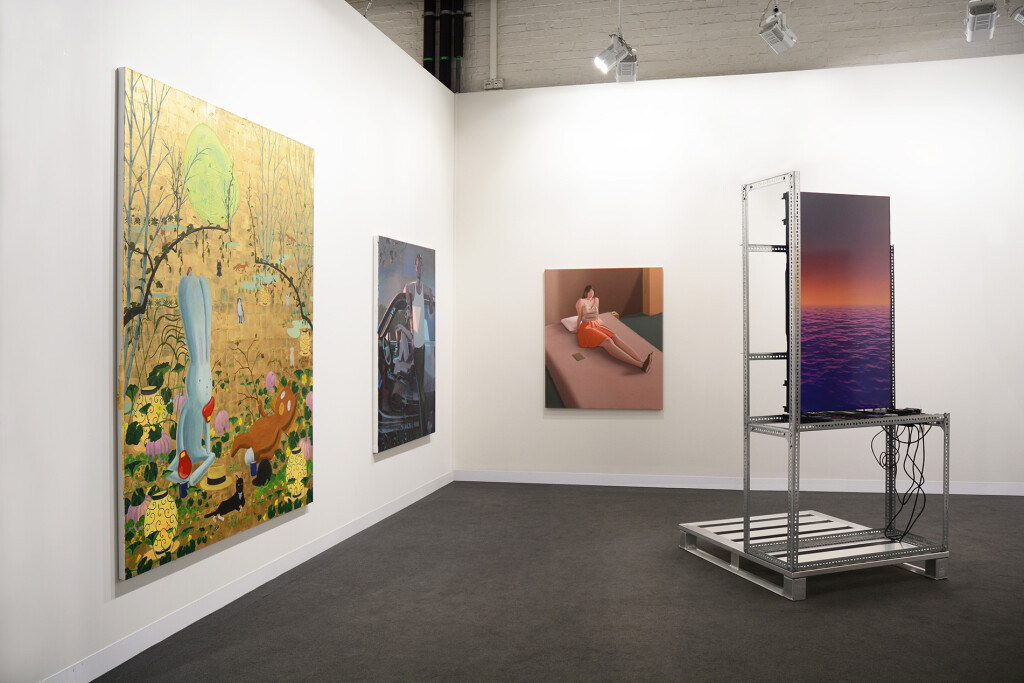 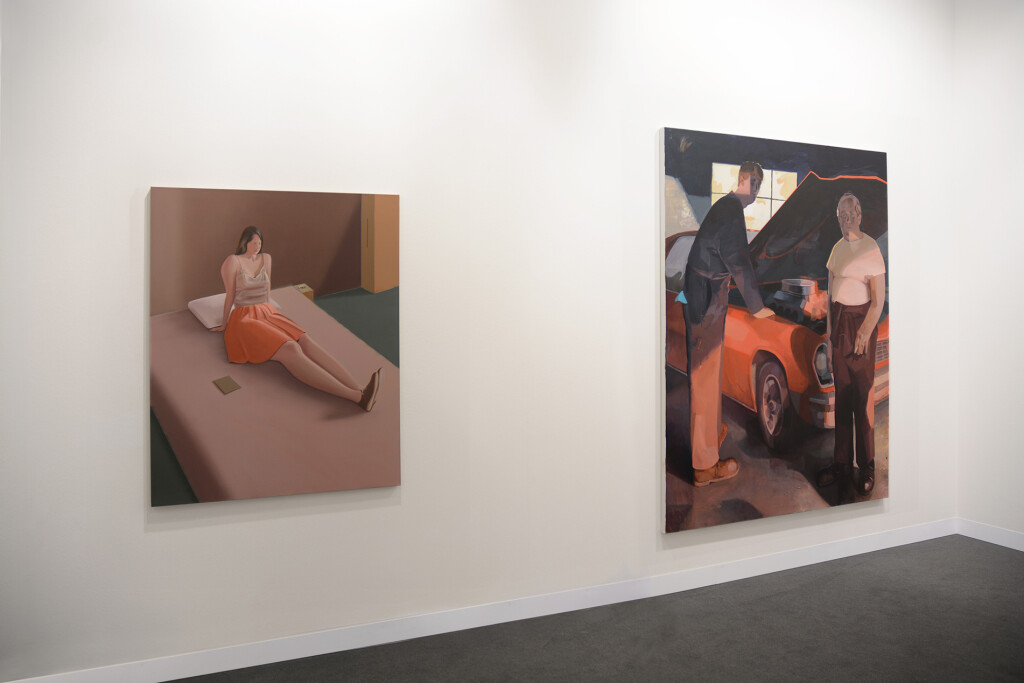 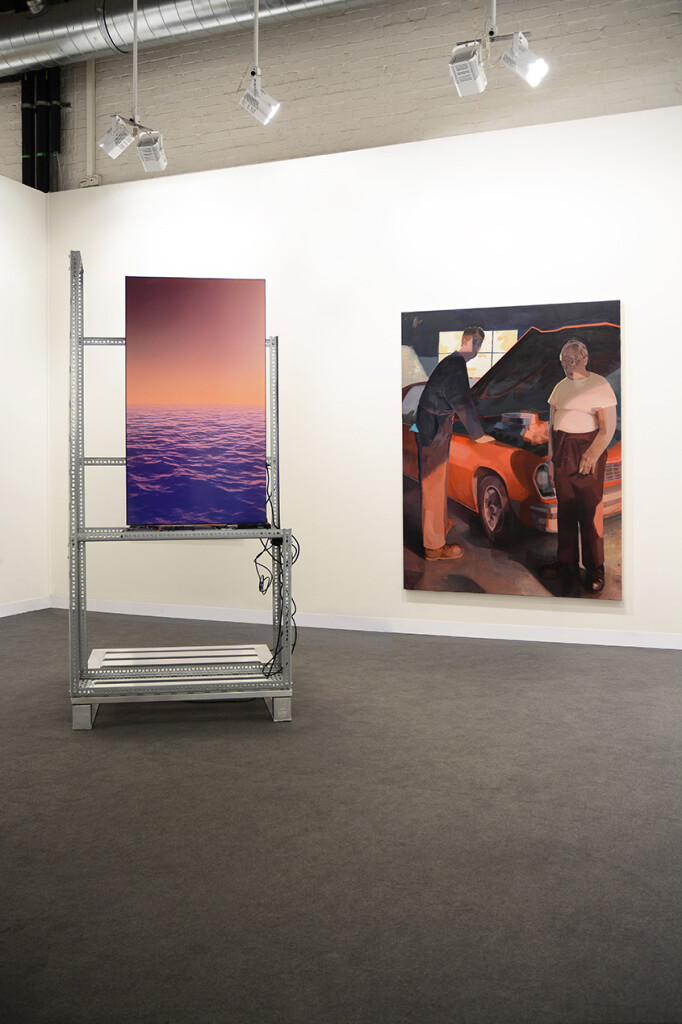 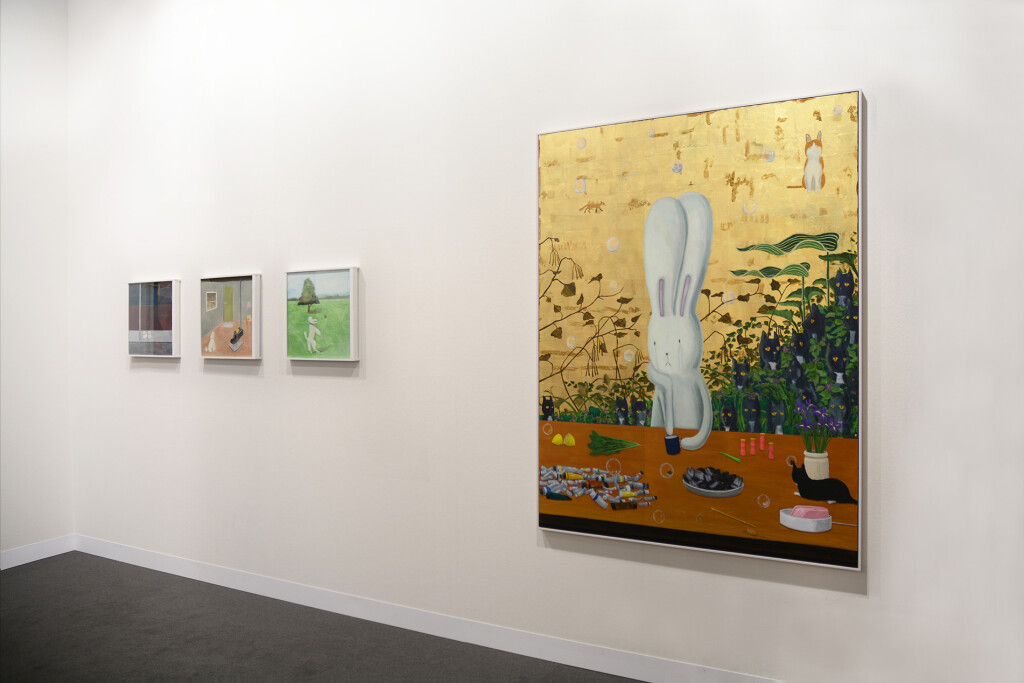