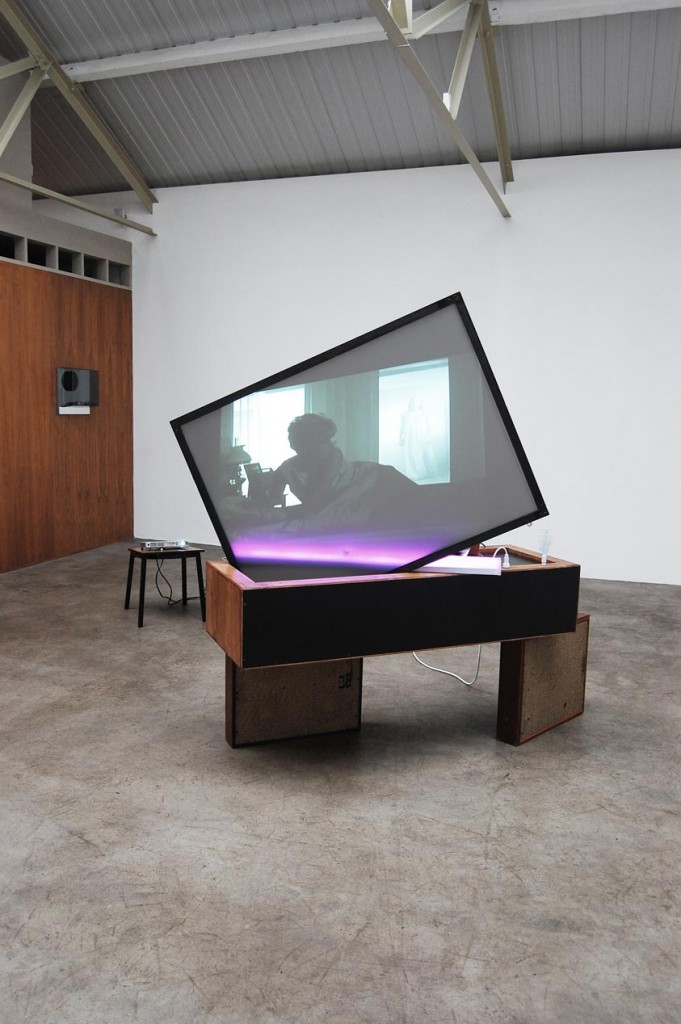 “Many people, not content with the forgetfulness provided by sleep, … in one common wish implore from nature’s hand the nectar of oblivion…”   Samuel Johnson 1

In Greek mythology Anthemoessa is said to have been the island home of the Sirens, from whence their plaintive songs drifted through the dark, luring sailors to their death on concealed jagged rocks. The doomed would subliminally understand the fatality of the draw towards the beautiful sounds but would, or could not care to resist. Mirza employs this poetic but randomly violent idea to conceptually imagine the gallery as an island home (once again)2 to two separate major works that intermingle through alternation, forming a third transitory composition, that calls out.

Central to his practice these conflated audio and sculptural-installation environments, or cause-and-effect-systems, themselves house another layer, typically pivoting around the complexities of socio-cultural structures. For Haroon Mirza the distinctions between noise, sound, and music are a fundamental to his practice; these are as important to his work as the equal weighting he places upon visual and auditory aesthetics. Mirza’s low-fi, yet complex assemblages and installations employ the arrangement of furniture, household electronics and audiovisual material – often in the form of curated artworks by other invited artists – formulated with the intention of composing a temporally-based sonic environment.

The finer meaning of his work is situated in the necessary distinctions required in the viewer/listener to distinguish listening from hearing; the actual comprehension of the nature, purpose and philosophical identity of things.  To those that listen, there is a suggestion that two distinct but conjoined aspects of the exhibition; positive, negative, nothingness (oblivion) and constructively functioning togetherness, collaborate to form a third, an otherness. The word, ‘Anthem’ has an etymological link with a song or passage being alternately recited by two bodies.  Birds of Pray [sic](2010)3, a sculpturally based audio environment installed in the main gallery, alternates and intersects with Adhãn, 2009, (HD Video), projected into the corner of the front gallery, creating a new-forged but intermittent and intangible identity.

Like the Sirens’ song, Adhãn, is based on a calling-out, albeit the Islamic calling to prayer, introducing complex ideas of the relationship of religion to death. Here Mirza suggests a sleep of reason, or more profoundly, a willingness or desire to escape to the “nectar of oblivion”. While religions, to the devout, offer the possibility of transcendence, the negative ideas of religion espoused by humanism and atheism see its ostensible existence as an emotional crutch; the “…opiate of the people”4, to help individuals cope with uncertainty over things that they don’t understand, or cannot control. Again alternatively argued, religion stands as power mechanism, an authoritarian force for social control – thus posited one against negation, the other against positivism. Either way, religion is something that requires willing self-subjugation, which Mirza equates with the will-to-nothingness – the metaphorical Siren’s draw to death. Rather, Mirza privileges the idea that people, like the  ‘mere things’ in his sculptures, function both by fitting in, performing as expected, as well as standing out, performing out of context with expected purpose. Mirza’s employment of the Adhãn5 as a metaphor, inevitably presses the big red button of the contemporary Christian West’s paranoia of Muslim extremism, but is actually a more general comment of any organised religion standing as a force (both positively and negatively) against the incomprehension of nothingness, and the comprehension of actualities.

Anthemoessa, is the third in a year-long series of project exhibitions at mother’s tankstation.  Haroon Mirza holds an MA in Fine Art from Chelsea College of Art & Design and an MA in Design Critical Practice and Theory, from Goldsmiths’ College. His first solo exhibition was at The A-Foundation, Liverpool (2009) and he participated in Boule To Braid at Lisson Gallery, London, and the Sheffield Pavilion, Istanbul, both 2009.  Mirza lives and works in Sheffield and London.

1 Samuel Johnson: The Idler. 1758-60
2 The location of the present gallery (mother’s tankstation) was once actually an island. History recounts that in the year 1428, the Friars Preachers of the convent of St. Saviour’s had a residential school in an old Island suburb of Dublin called Usher’s Island, surrounded by the River Liffey, housing an important library of philosophy and theology.
3 The simple change of “prey” to “pray” by the artist is intended as a comment on the mythological connotations to religious faith. The title; Birds of Pray refers directly to Sirens, as they were said to be bird women or women with wings. Mirza conceived the work as a portrait of two sirens called Ligeia and Parthenope, editing extracts from Igmar Bergman’s film Persona and adding audio clips in order to strip the two characters in Bergman’s film of their original identities and replaced them with the new identities of the sirens.
4 One of the most frequently quoted (and misquoted) statements of Karl Mark from his 1843 work, Contribution of Hegel’s Philosophy of Right. The quotation, in context, reads as follows:

Religion is, indeed, the self-consciousness and self-esteem of man who has either not yet won through to himself, or has already lost himself again. But man is no abstract being squatting outside the world. Man is the world of man—state, society. This state and this society produce religion, which is an inverted consciousness of the world, because they are an inverted world. Religion is the general theory of this world, its encyclopedic compendium, its logic in popular form, its spiritual point d’honneur, its enthusiasm, its moral sanction, its solemn complement, and its universal basis of consolation and justification. It is the fantastic realization of the human essence since the human essence has not acquired any true reality. The struggle against religion is, therefore, indirectly the struggle against that world whose spiritual aroma is religion. Religious suffering is, at one and the same time, the expression of real suffering and a protest against real suffering. Religion is the sigh of the oppressed creature, the heart of a heartless world, and the soul of soulless conditions. It is the opium of the people. The abolition of religion as the illusory happiness of the people is the demand for their real happiness. To call on them to give up their illusions about their condition is to call on them to give up a condition that requires illusions. The criticism of religion is, therefore, in embryo, the criticism of that vale of tears of which religion is the halo.

5 The Adhãn is called out by the muezzin in the mosque, sometimes from a minaret, five times a day summoning Muslims for mandatory prayers. The main purpose behind the loud pronouncement of Adhãn five times a day in every mosque is to make available to everyone an easily intelligible summary of Islamic belief. It is intended to bring to the mind of every believer and non-believer the substance of Islamic beliefs, or its spiritual ideology. 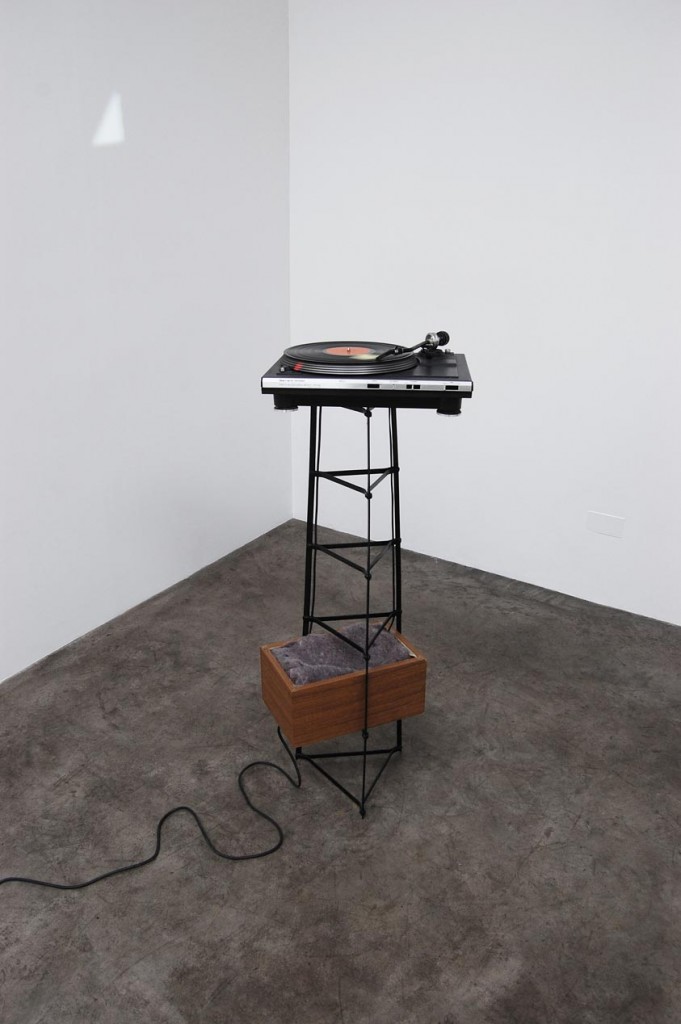 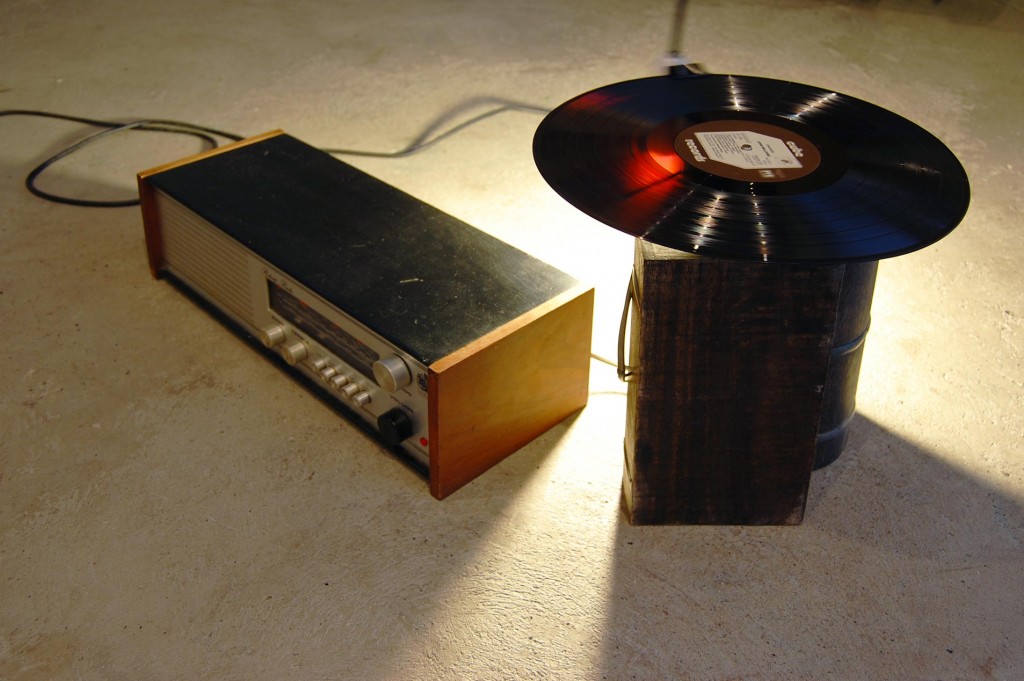 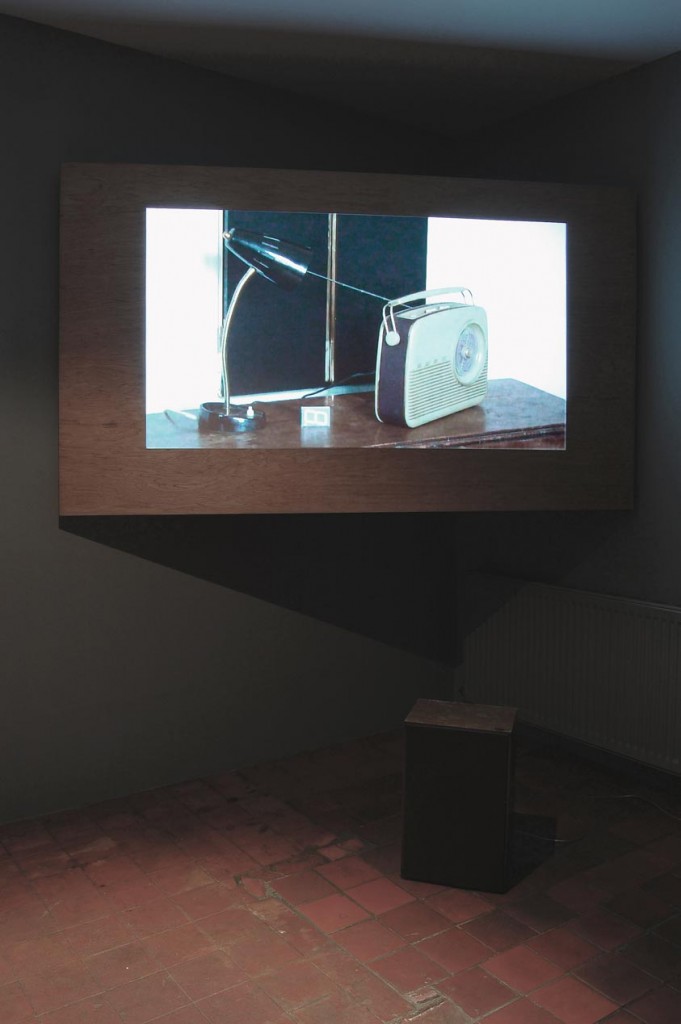 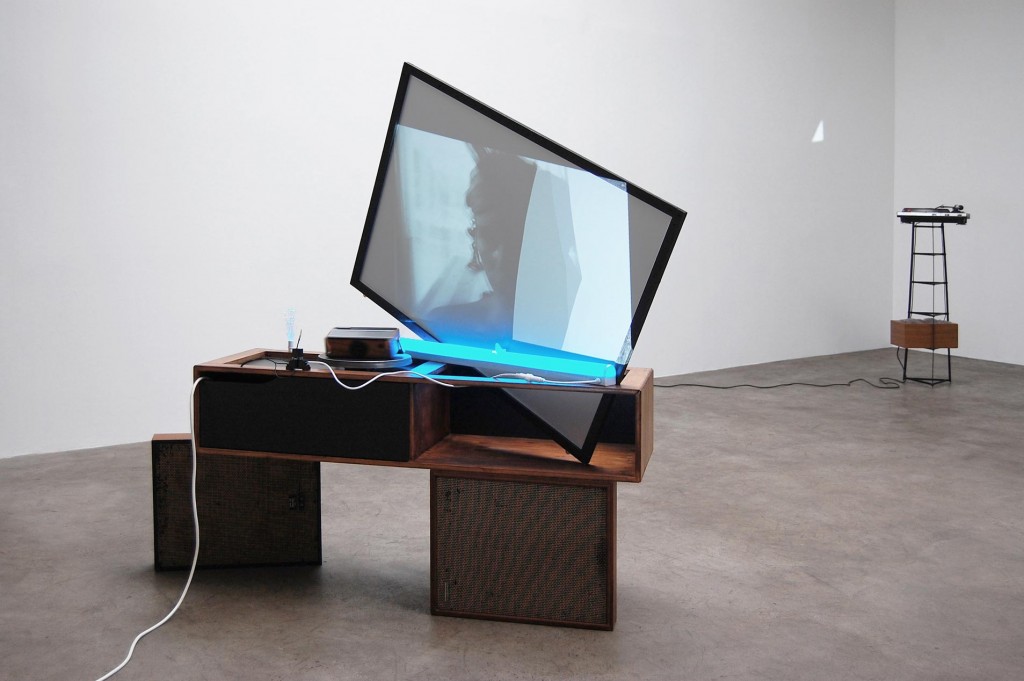 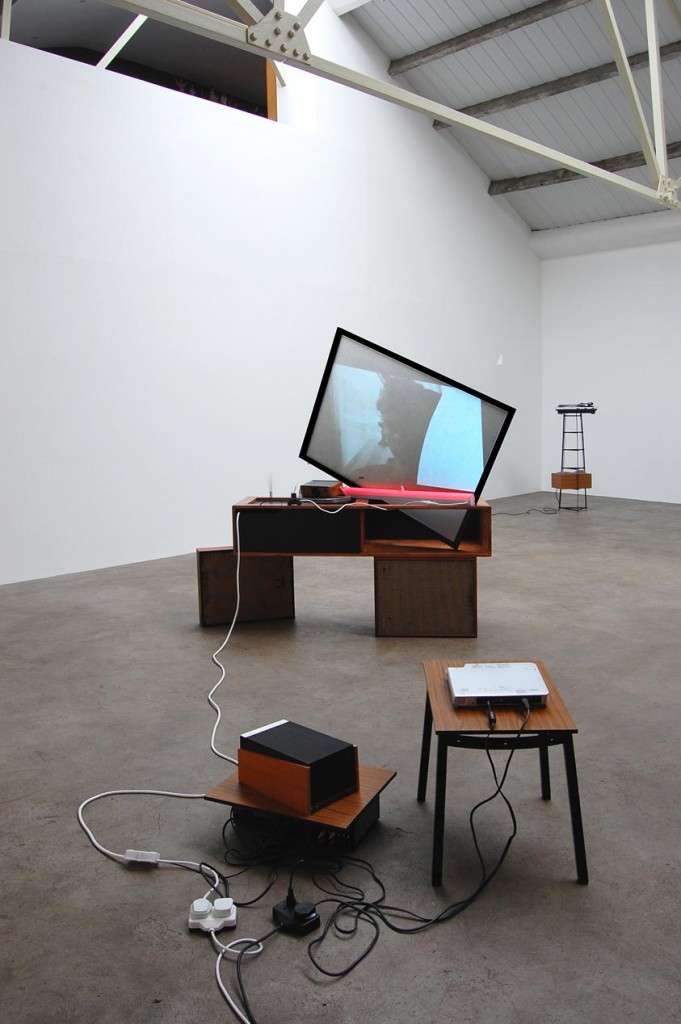 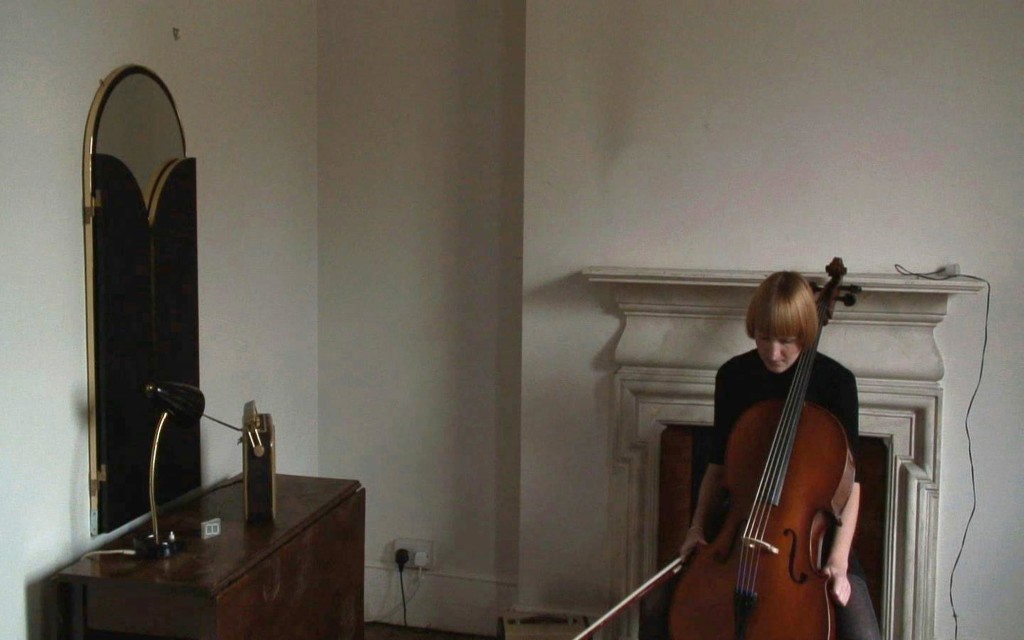 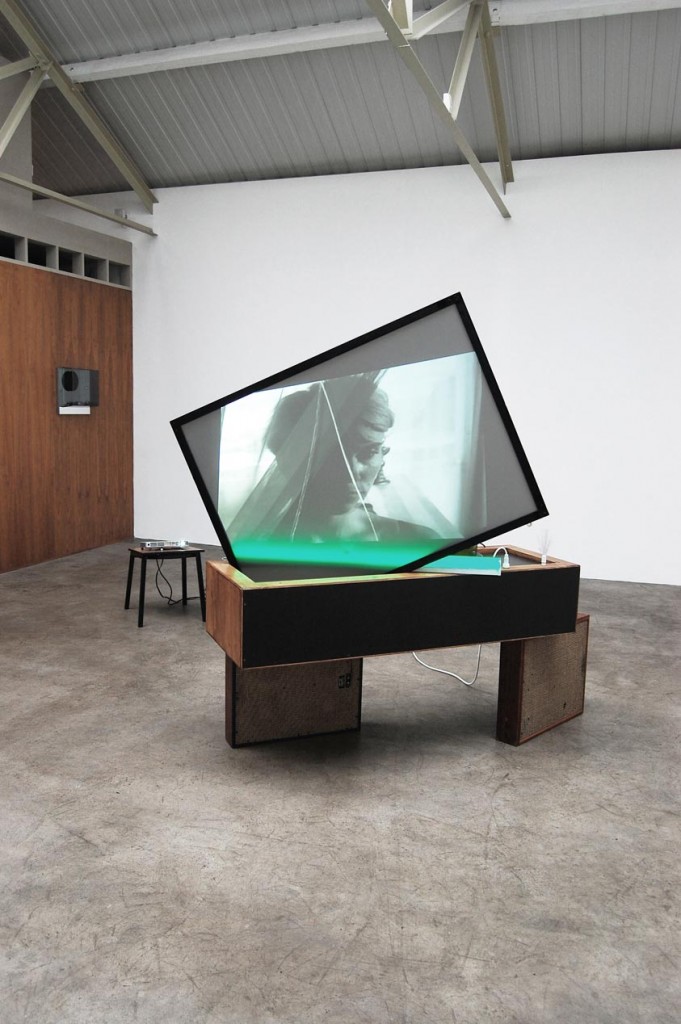