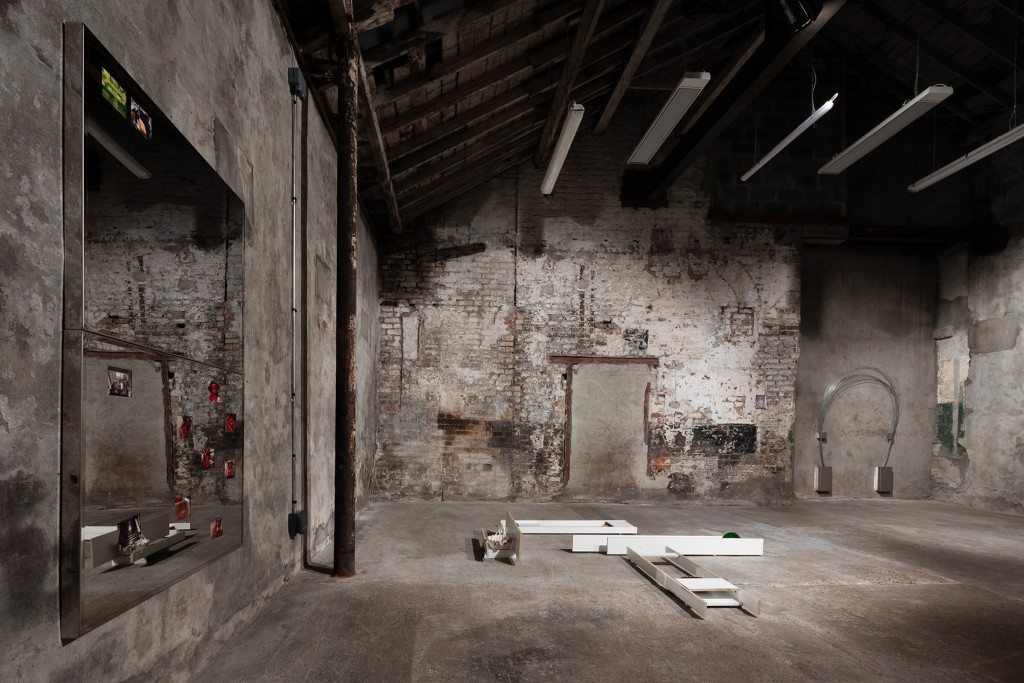 The Complex presents newly commissioned site-specific work by Aleana Egan, Áine McBride, Dennis McNulty and Conor O’Sullivan in the Ground Floor Gallery, a repurposed warehouse originally used for the ripening of bananas. The exhibition is the third in The Complex’s programme for 2021 entitled “Nature echoes Reality, Artifice echoes Fiction” where artists are invited to consider the gallery’s architecture and context when creating new works.

The curators invited the four artists into a conversation through site visits, Zoom and Signal messages that began around the chemical compound ethylene, which is used to escalate the ripening process of bananas once found in the fridges that filled the Gallery of The Complex. Ethylene is omnipresent and is the basis for many of the world’s most in-demand materials that make up our everyday equipment, from digital technologies to mundane material furnishings.

These artists were selected based on their use of familiar materials which can awaken deeply submerged  memories or repressed feelings. And following a dialogue that evolved from leaked photos of Cathy Wilkes’s recent show in BQ Berlin to topics like Ford’s shortage of microchips, Elizabeth Price’s video ‘THE CHORUS  AND THEIR MEMORY’, and the invention of the ‘RediRipe Sticker’ – “a new way to measure maturity in fruit” – the exhibition title ‘Feeling of Knowing’ was proposed, eliciting a sense of conviction that one possesses  certain information despite being unable to retrieve it from memory at a given time.

In the study of metamemory, Feeling of Knowing (FOK) judgments refer to the predictions an individual makes of being able to retrieve specific information (i.e., regarding his or her knowledge for a specific subject) and, more specifically, whether that knowledge exists within the person’s memory. In this sense the works in the exhibition could be considered mnemonic devices, aiding our memories as we create a narrative. The following are excerpts from the conversation between the artists and curators during the development of the exhibition:

This text hit me in the stomach a bit.
Having a gut feeling…Maybe the feeling of knowing is located in the gut?
Good vibes…only half-joking
Tip of the tongue phenomenon
Hate is a very strong emotion, you should think about them a bit more
FOK…Surely in some way it’s an artistic working method too?

While each artist’s work remains specific to their own practices and perspectives, they come together in this exhibition, experimenting with the notion of FOKs, as well as the idea of ‘Unthought known’, a phrase developed by psychoanalyst Christopher Bollas in the 1980s to represent those experiences in some way known to the individual, but about which the individual is unable to think. The unthought known stands for the early patterns of thought for interpreting the object world, or the preverbal, early experience that may determine one’s behaviour subconsciously.

The artworks created for this exhibition display a fascination with materiality, industrialisation and architectural histories. Assemblages of (almost) recognisable objects create a visual exploratory essay which the viewers own metamemory will aid in reading. 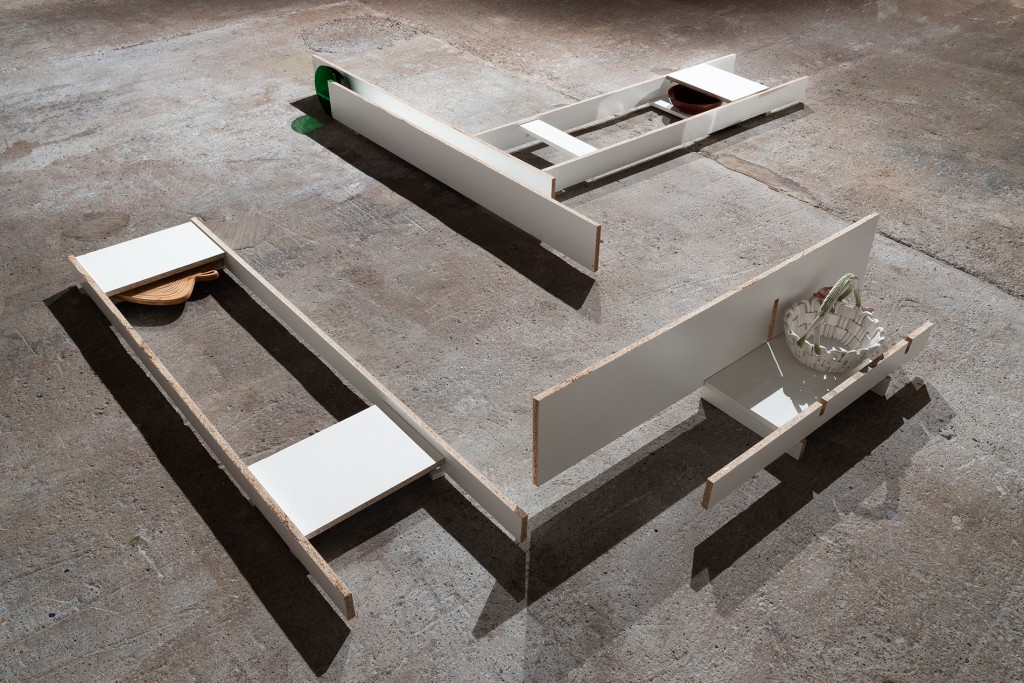 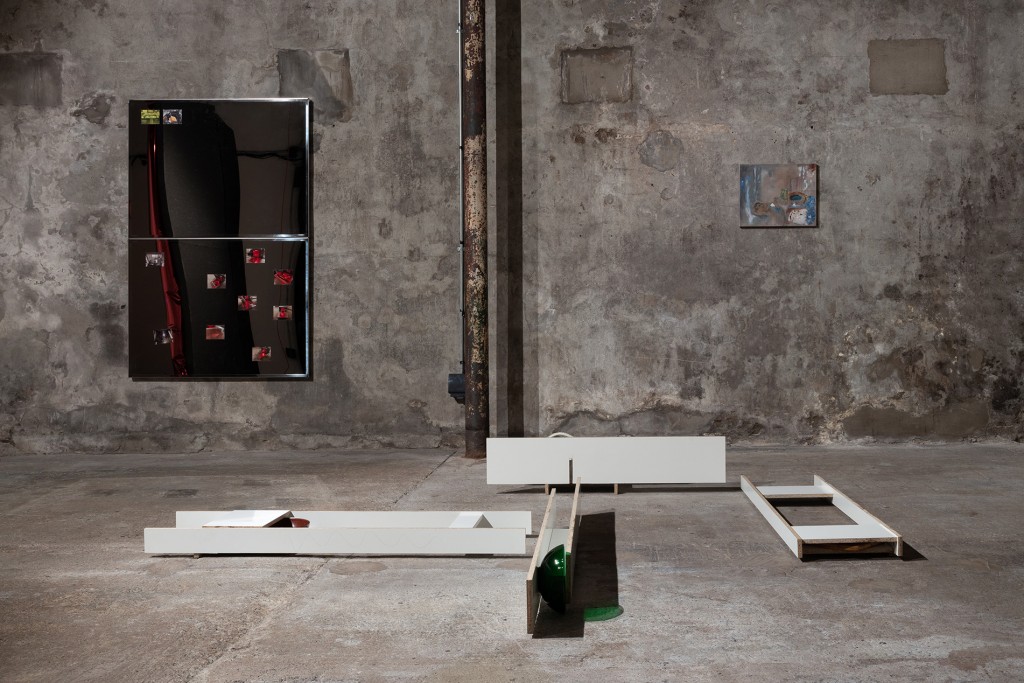 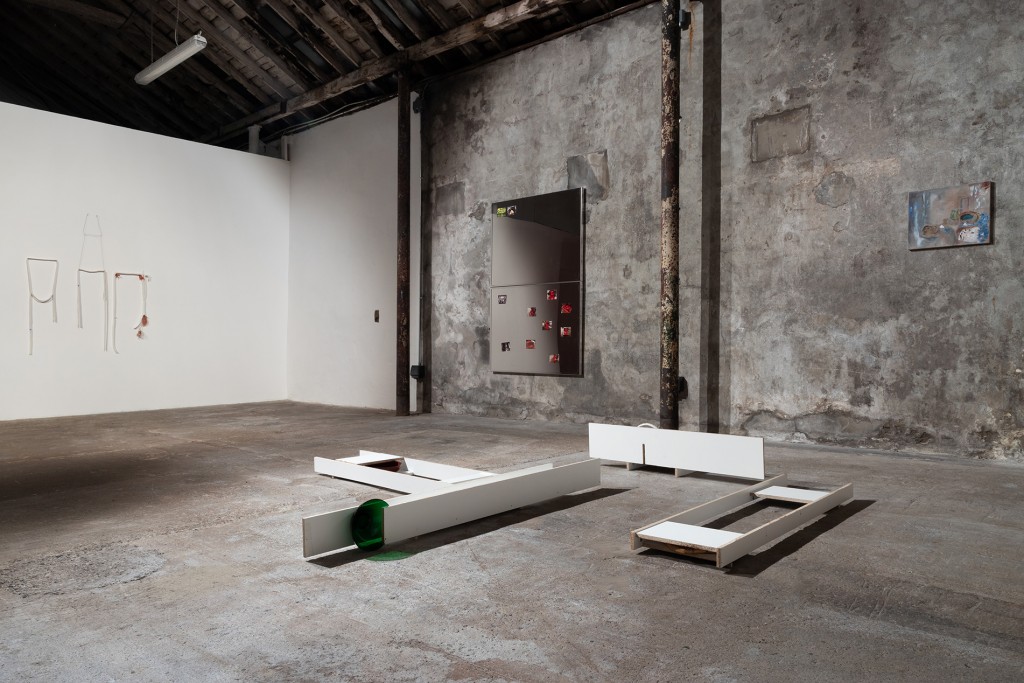 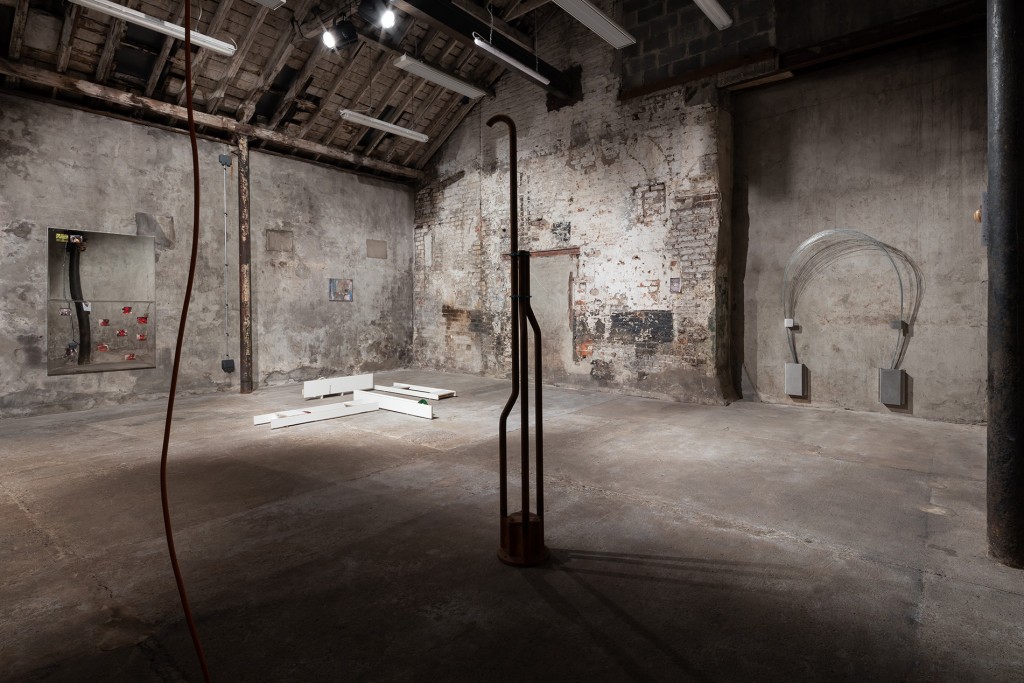 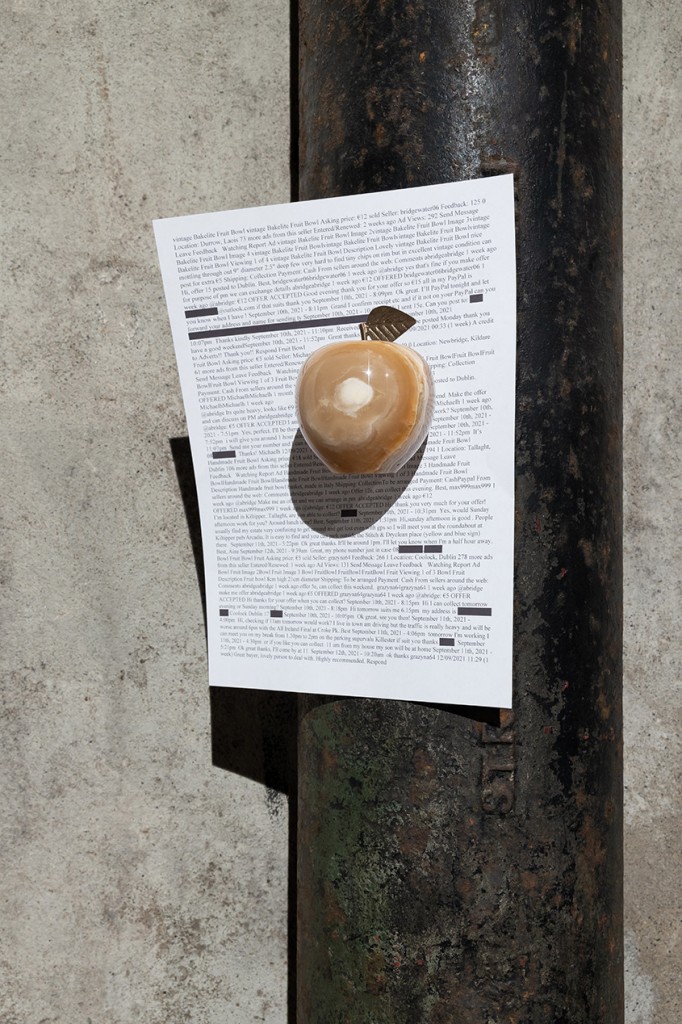