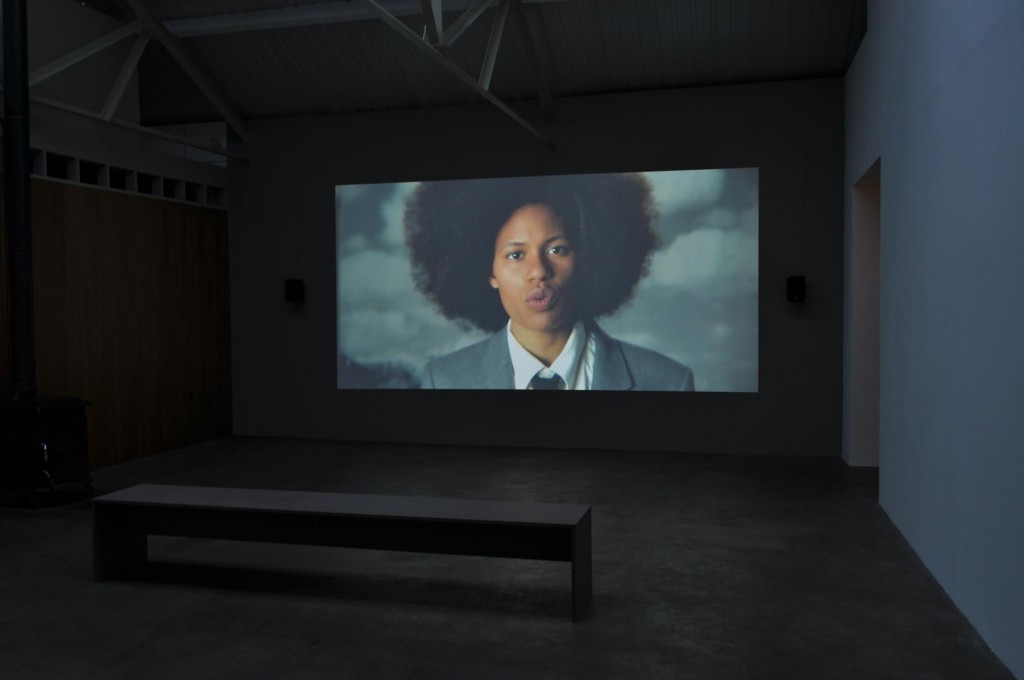 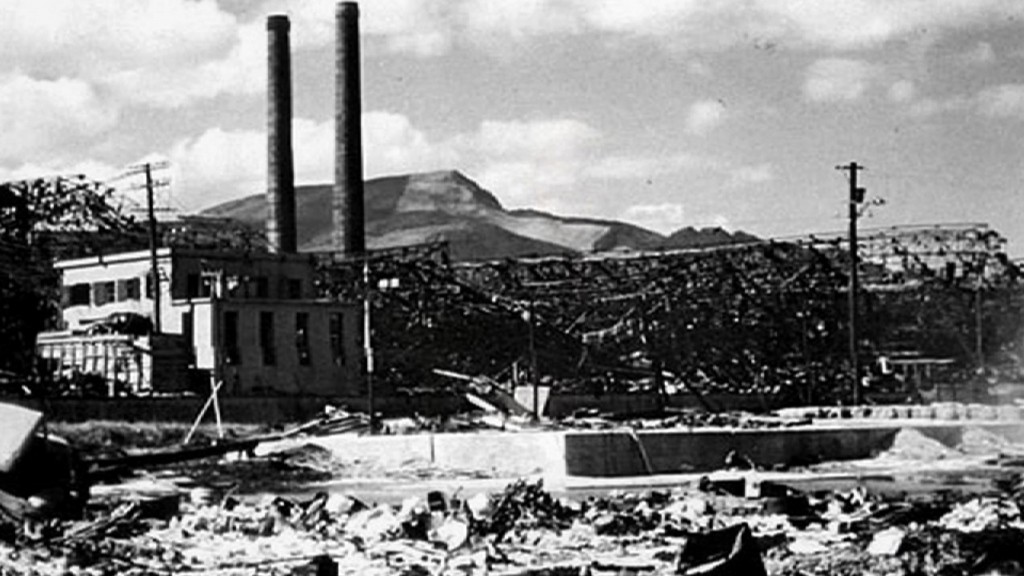 And so even, though we face the difficulties of today and tomorrow, I have a dream… that one day this nation will rise up and live out the true meaning of its creed: “We hold these truths to be self-evident, that all men are created equal.”… I have a dream that my children will one day live in a nation where they will not be judged by the color of their skin but by the content of their character. I have a dream that one day, down in Alabama, with its vicious racists, with its governor having his lips dripping with the words of “interposition” and “nullification” — one day right there in Alabama little black boys and black girls will be able to join hands with little white boys and white girls as sisters and brothers. I have a dream today!

Taking any opportunity to remind ourselves of important objectives, it seems apposite to begin this short introductory text to Elodie Pong’s, After the Empire, with the core extract from the ‘immortal’ Martin Luther King “dream” of a better tomorrow, delivered in1963 at the Lincoln Memorial, Washington D.C. King’s dream tragically got him assassinated in Memphis, Tennessee, five years later, by the very mortal and largely forgotten James Earl Ray. In a way, that day in 1968 collapsed time, the life of a great civil rights leader and a Nobel Laureate collided with, and was stopped short by Earl Ray, (a nobody) whose belief systems centered on everything polemically opposed to that of King’s; one looking towards the future (after the empire) the other attempting to perpetuate the values of an ignoble past, whose structures (and “interpositions”) were already outmoded. The temporal collapse in turn caused a simple historiographic inversion; while Ray lived on and King died, in cultural memory it was of course the other way around; “To be dead, yet remembered is to be alive”1. Few people know, remember nor care that Ray lived until the age of 70, only to die alone in his prison cell in 1998.  His futile attempt to perpetuate the values of a passed age and block a natural transition into the future may have killed King in the present, but could not possibly prevent his ideas and words from becoming the future, all our futures – sadly it’s still a work in progress. Their respective actions speak to history on their own behalves, but such moments, both constructive and destructive, irrevocably anchor in our collective consciousness, in our mediated memory of the history of humanity, forming who we think we are, who we might want, or appear to be. All of which serves as raw material for one of Elodie Pong’s most important works to date.

The powerful and complex, high-definition video; After the Empire, (2008, HD loop, 13 min. 50)2 investigates such cultural legacies and landmark moments, moral and amoral, caught in the maelstrom of globalisation. Pong (born in the USA, lives and works in Switzerland) has restaged passages from the “great encyclopedia”3 of collective cultural history, making her characters speak or perform (in a virtually bare room) in snatches of cultural quotation; “history repeats itself, first as tragedy, second as farce”4.  This formally imposed barrier limits the permission of her characters to sharing the same environmental space but permits few moments of tangible, emotional connectivity or intimacy: Karl Marx inconclusively discusses temporal mechanics with Marilyn Monroe (she has different concerns – appearing preoccupied with considerations of the longevity and/or failings of public and private love). Elvis speaks of dreams (in song lyrics) to a Japanese version of Minnie Mouse, but neither penetrate the language barrier, Elvis evidently fails to understand her protestations of not understanding (the viewer fortunately is gifted with the power of subtitles). Similar to the restriction imposed upon Elvis’s dialogue, the Japanese Minnie speaks in clichés of questionable dating sites, looking for friendship (and maybe more), while Batman and his side kick, Robin, sprawl on a sofa developing a coy and strangely touching Switzerdeutsch re-interpretation of Godard’s dialogue, between Brigitte Bardot and Michel Piccoli, from Le Mépris. Pong rewards their escape from stereotyping and sexual prejudice with some serious heavy petting.

Pong’s Martin Luther King character encounters Frieda, a fictionalised character (apparently based upon her grandmother) plucked from rural Switzerland. Although, literally the least ‘real’, in that she is the only cast member representing a type or composite rather than a specific reference, Frieda narrates a short monologue that provides us with the most direct and perhaps most intimate insight into Pong’s greater intent and meaning.

The issues of role-playing and facades are central to Pong’s work in general, and in After the Empire, her actors perform upon an almost bare stage with a simple wooden floor, posited against the backdrop of a large black-and-white photograph casually leaning against the back wall. The backdrop appears to show the ruins of a great industrial landscape, to which the work’s title seems to refer, but what former civilization, whose broken empire? Something of the emotional tenor of image suggests John Huston’s imaginining of post war Vienna in The Third Man. It seems appropriate, given the division of the occupied city into areas of different ‘international’ sectors, wherein cultural legacies from multiple fading empires collide. The fallen empire is, it suggests, all empires, or more precisely the idea of empire itself, from which everything, not just architecture, but all social and moral structures, new approaches and new ways of thinking must be reconstructed. In fact the image depicts Hiroshima following the dropping of the atomic bomb, the death of everything as it was known, the most appalling act of human destruction, from which the birth of the Modern age, and a new optimism had, by the necessity of species survival, to emerge.

Arthur C. Danto suggests, that in retrospect, all histories or historiographies (progressions of historical periods, the stumble from empire to empire) are understandable, but at the time it is the transitional border line between before and after that is problematic to comprehend. Perhaps because any afterness is the becoming of newness and it is simply impossible for us to know something that has not yet happened, or never happened before – an equation of understanding equals distance. Like all good art works, After the Empire, reflects this uncertainty and randomness, and by necessity and inevitability of artistic curiosity, it therefore asks more questions than it answers.

1 So, tellingly/ironically, speaks Marilyn to Marx in Pong’s, After the Empire, sounding, itself, much like a quote, but actually original text by Pong.
2 The work was originally produced for the exhibition, Shifting Identities, held at the Kunsthaus Zurich, 2008
3 Sherrie Levine’s term.
4 Marx (quoting himself) back to Marilyn. 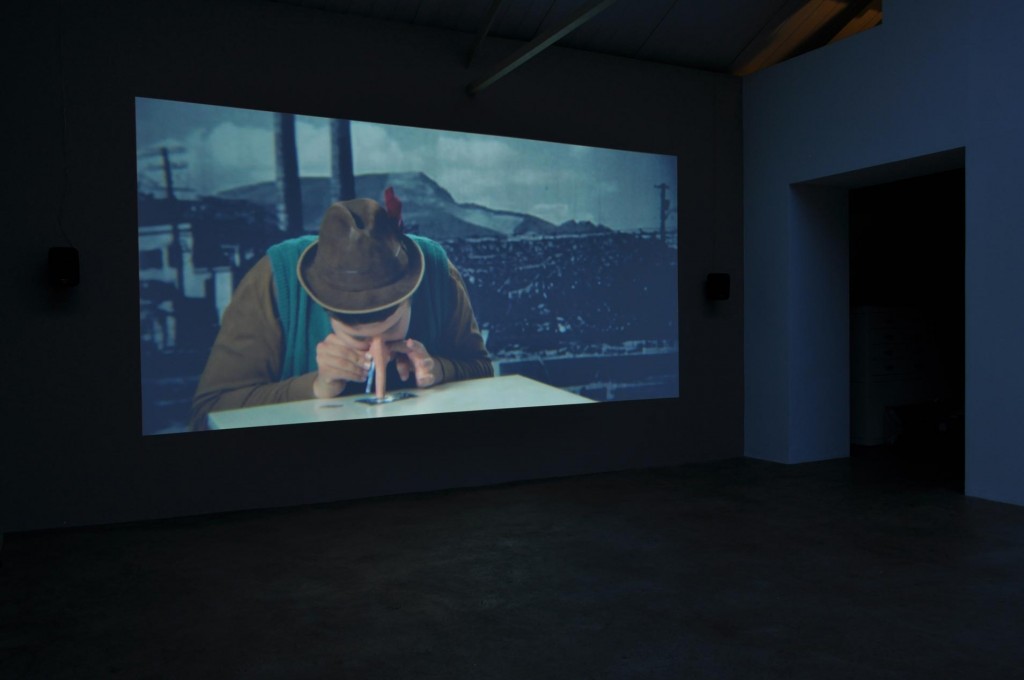 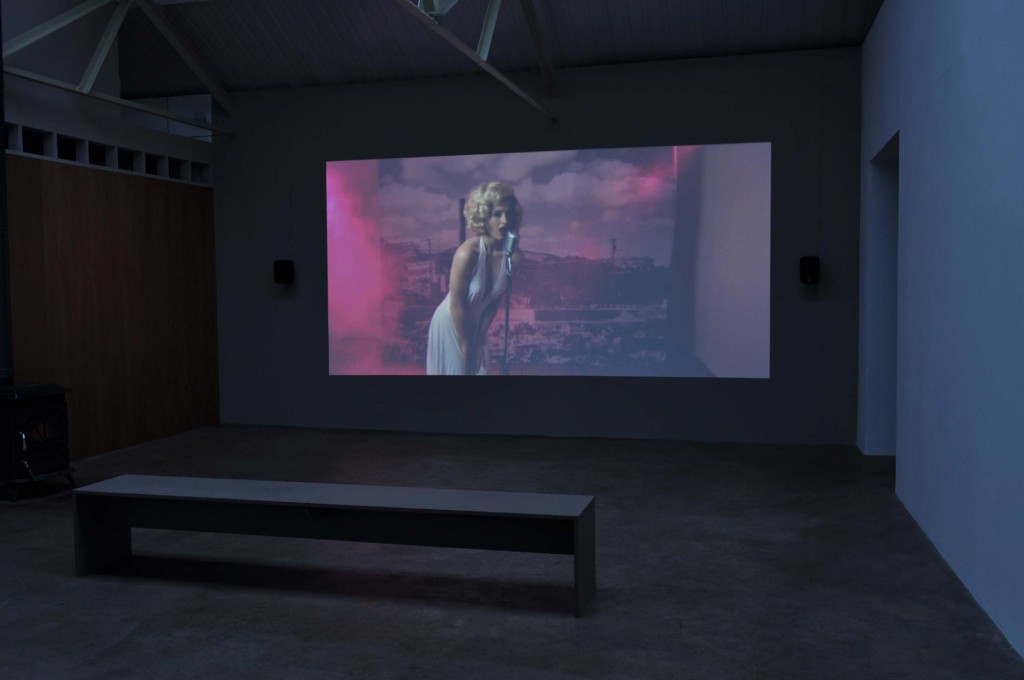 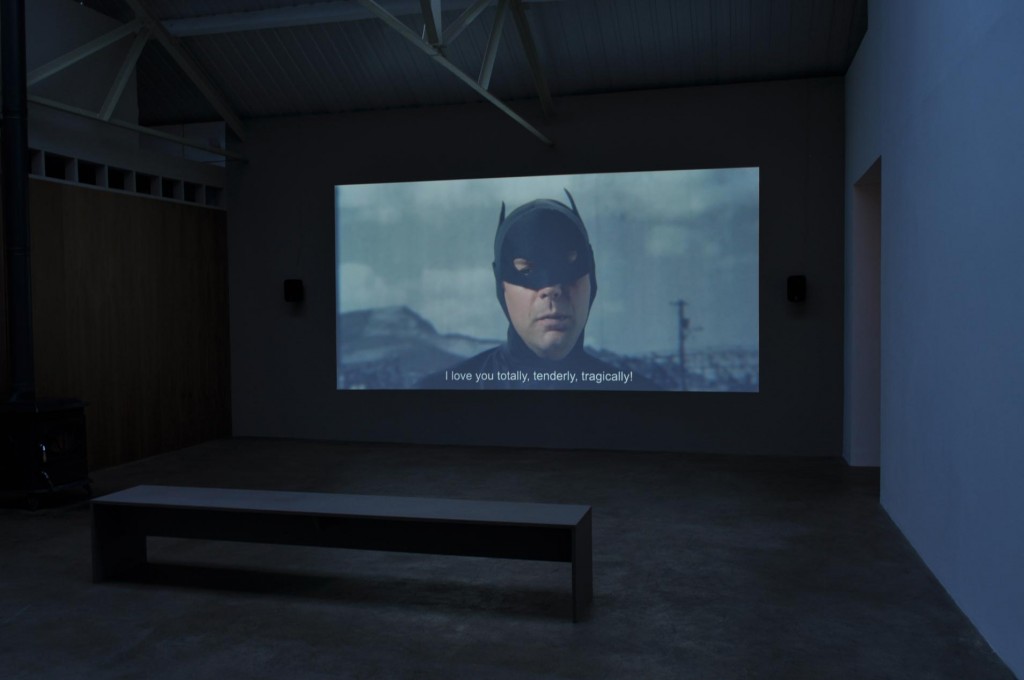 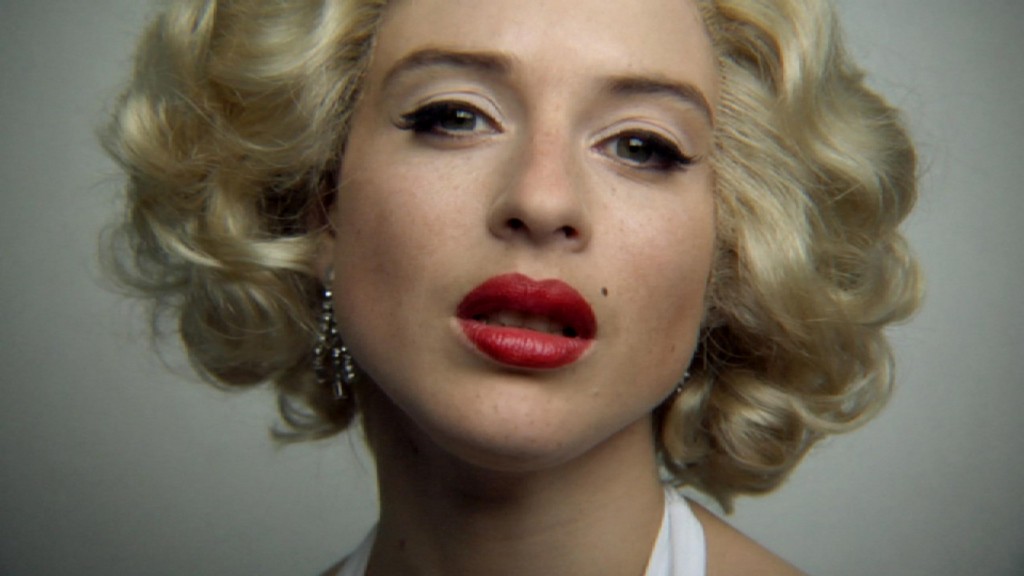 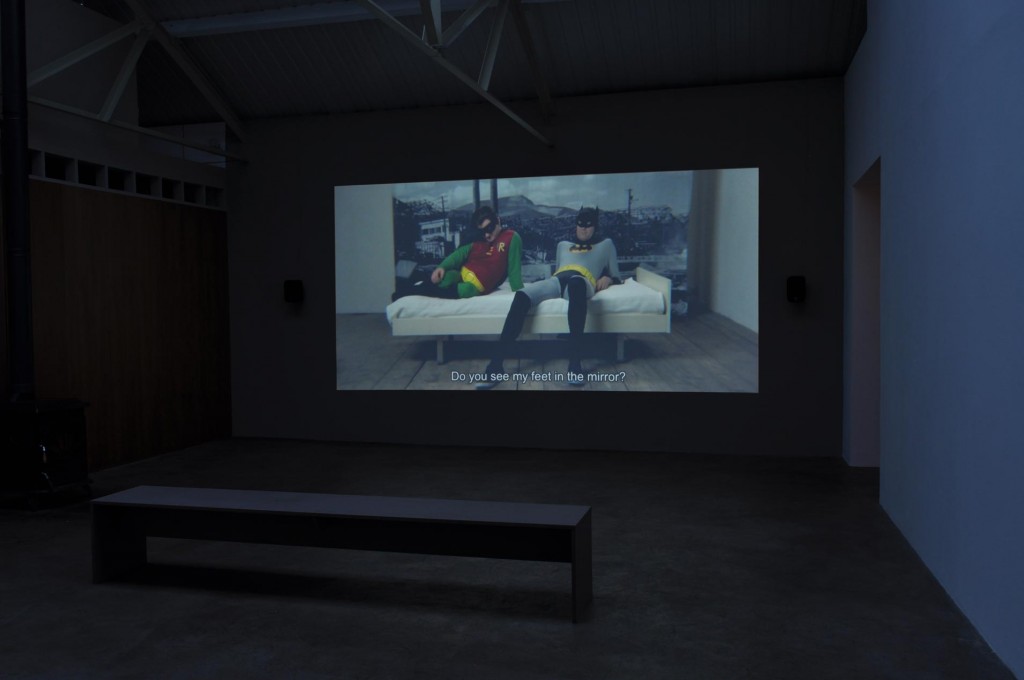 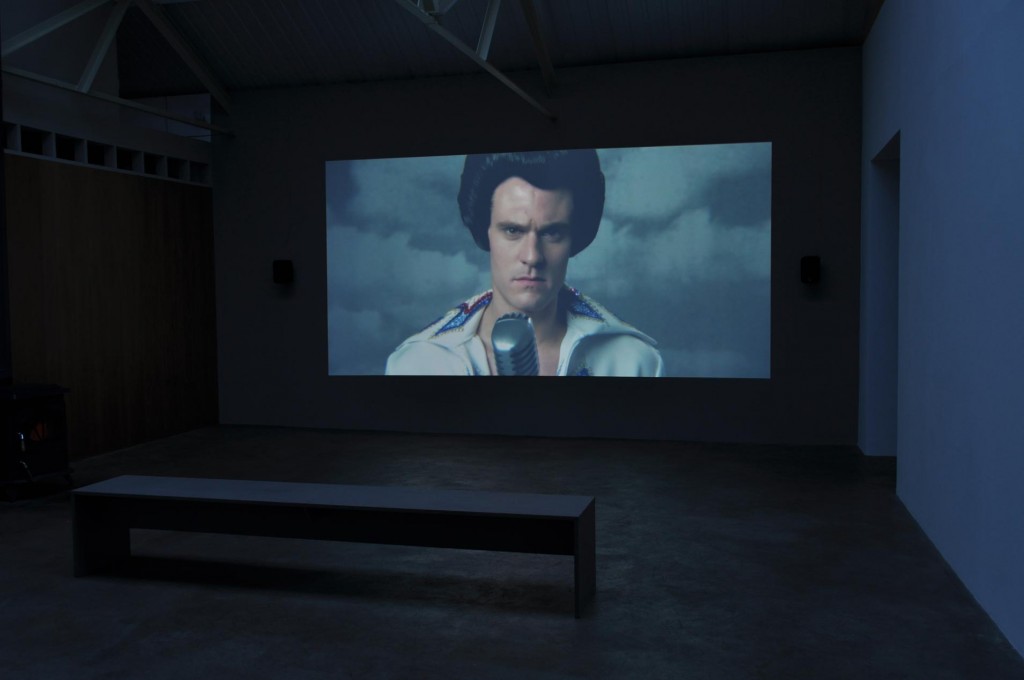