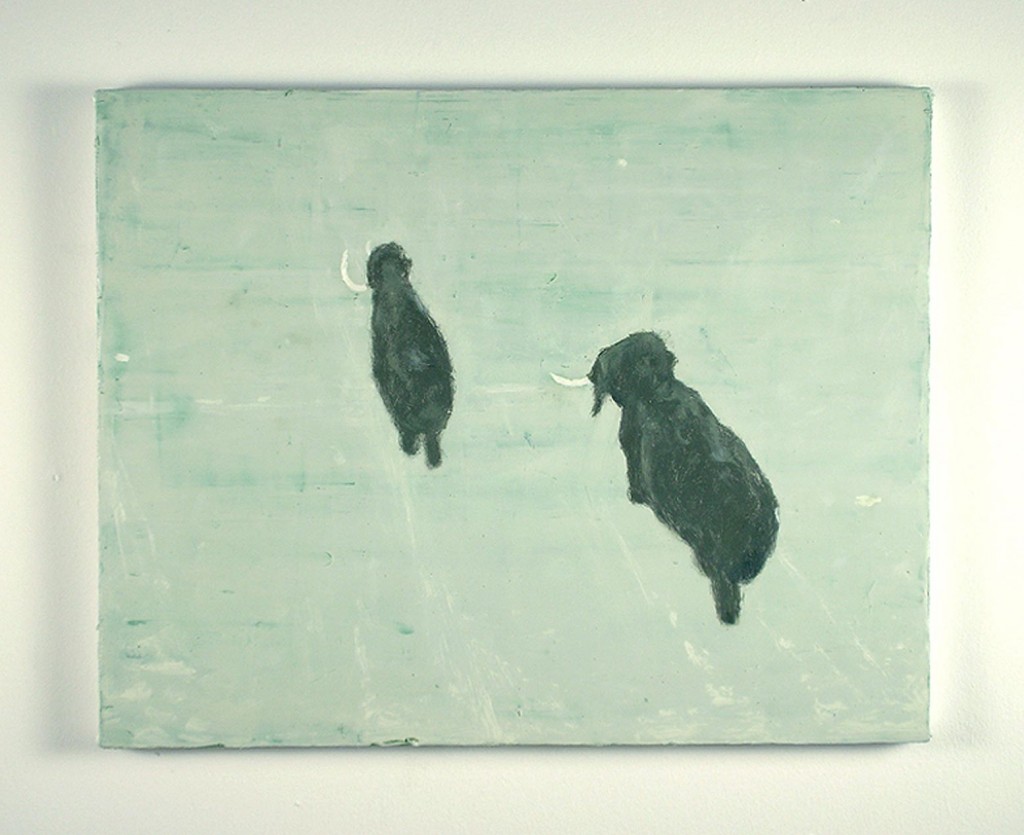 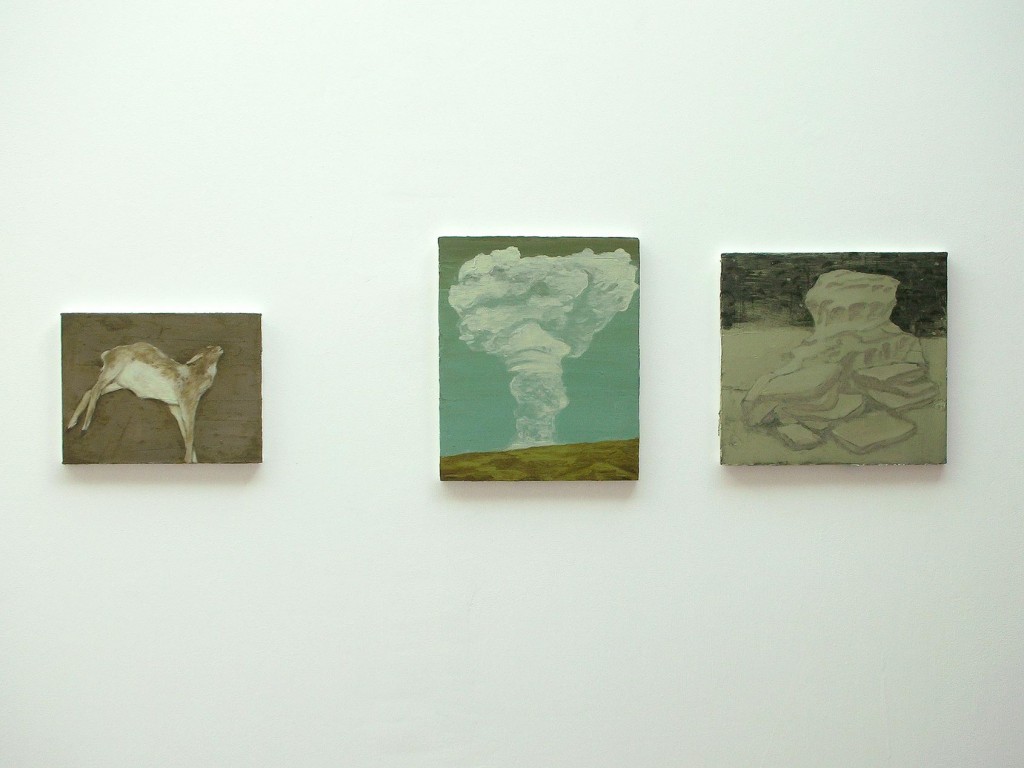 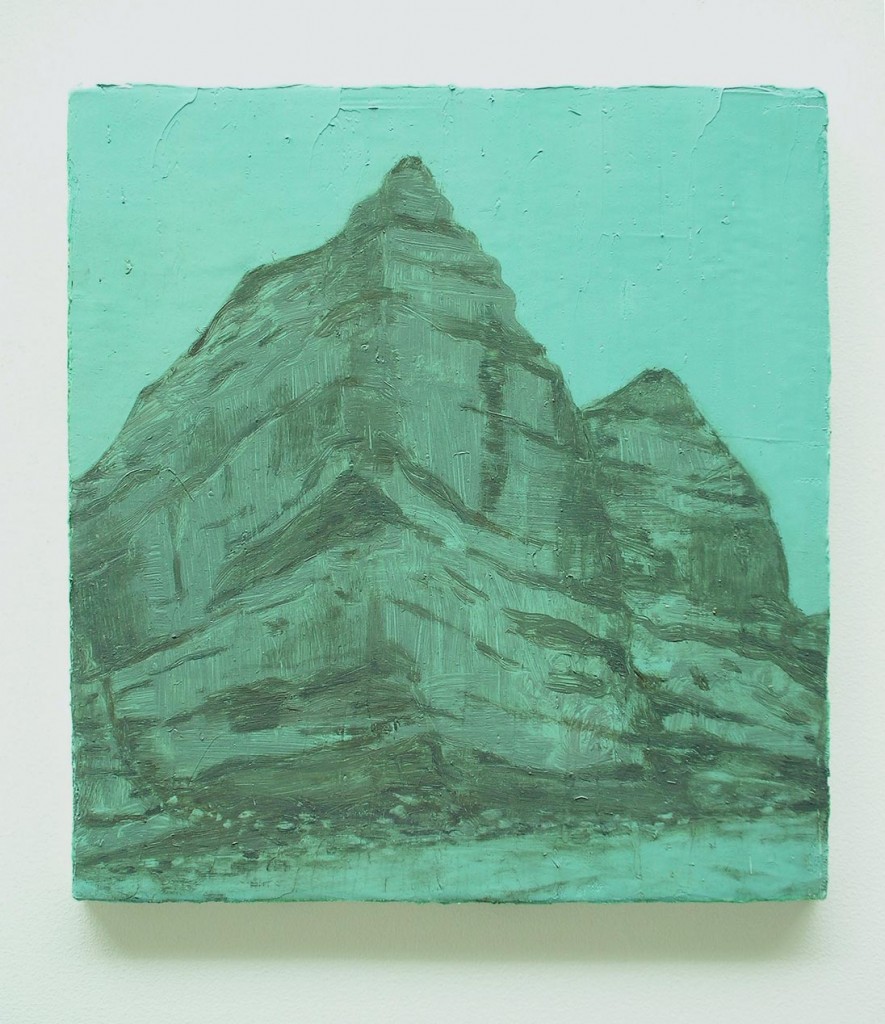 Typically Ciaran Murphy’s recent paintings take the form of painstakingly achieved enigmatic small-scaled works in oils on paper or canvas stretched over board, titled with simple one or two word descriptions. ‘Cliff’, ‘Moon’, ‘Rabbit’, ‘Tree’ or even ‘Mammoths’ [!] are typical examples. However this prosaic taxonomic description, whilst accurate and precise, denies what these paintings really are, in much the same way as Murphy’s choice of ‘subject/s’ relates to the subject’s actual ‘objecthood’ in the real world.

In a recent text on Murphy’s work, Ruth Carroll has observed that; “…mankind has always been fascinated with the need to classify and compartmentalise the natural world as a means of understanding and placing order on its intangibility and mystery…” Murphy’s paintings underscore this pathologically compulsive anxiety by closely scrutinizing the world around him in search of subjects (he is an habitual collector of imagery), in the form of familiar patterns and structures, and once focused and frozen by his painter’s eye, he then struggles with the protracted philosophical problem of how to ‘represent’ and communicate what he sees and consequently what it means. It is of little wonder that Murphy produces his paintings slowly, and releases them reluctantly from his studio only when he is confident that their meaning is thoroughly destabilizing to the viewer.

The ‘fifteen paintings’ in this exhibition are more elusive yet, Murphy has sighted, named and bagged his prey, but meanwhile back in the studio the plot has thickened… If we look closely at a painting such as Mammoths, we see luscious paintwork describing a partial herd of mammoths trekking across an icy wilderness. The viewer quickly realizes that the source is photographic, and an aerial shot at that!  Whilst it has a look of reality – there is something convincing or authoritative about the depiction and paint handling- it is also common knowledge that such beasts were extinct long before the camera or helicopter.  Thus the understanding gathered from one work leaks into and pollutes the others, this is not nature, but rather an artifice constructed on the back of another; paintings of ‘nature’, sourced from TV nature programmes complete with computer recreations.

What is not real about this, you may justifiably ask? Murphy’s paintings – these tiny snippets of ambiguously contextualized time – are depictions of objects treated in enforced isolation that pose questions against the imposition of form upon reality. Trust them not; it is entirely up to you if the rabbit is dead or just having a little sleep…

Ciaran Murphy studied painting at the National College of Art & Design, Dublin and recently graduated with a Masters in Fine Art Practices, from IADT-DL. His work was included in Eurojet Futures, 2004 at The RHA, Dublin and is fast achieving international attention. 15 single-word titled paintings at mother’s tankstation is Murphy’s first solo exhibition. 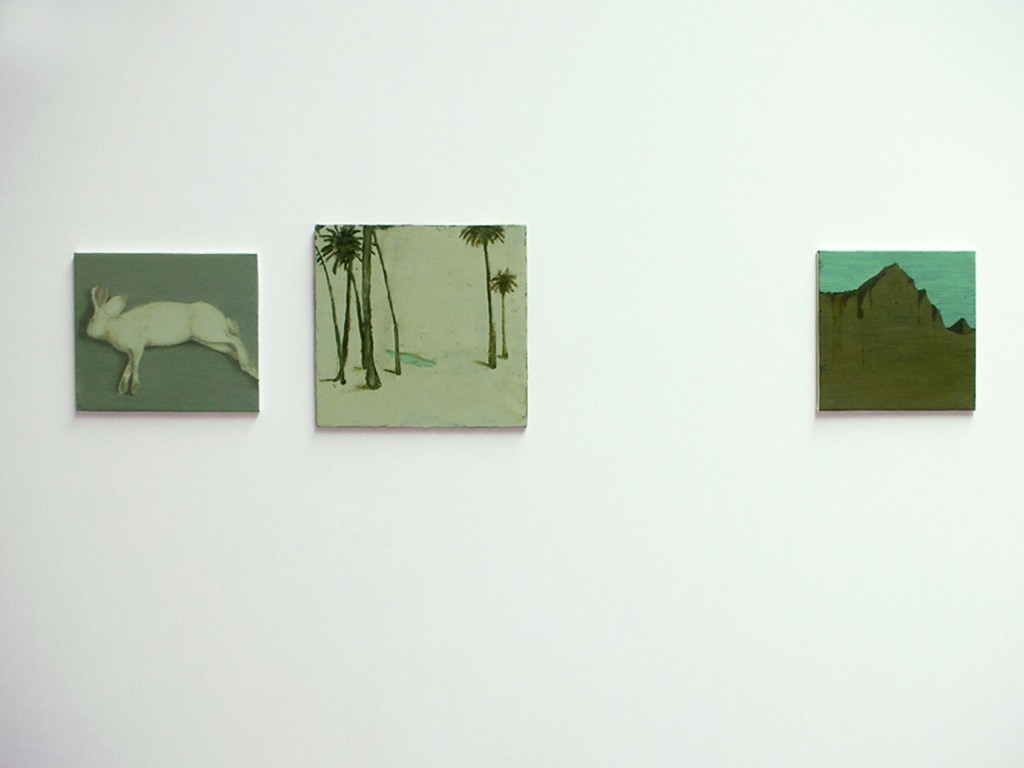 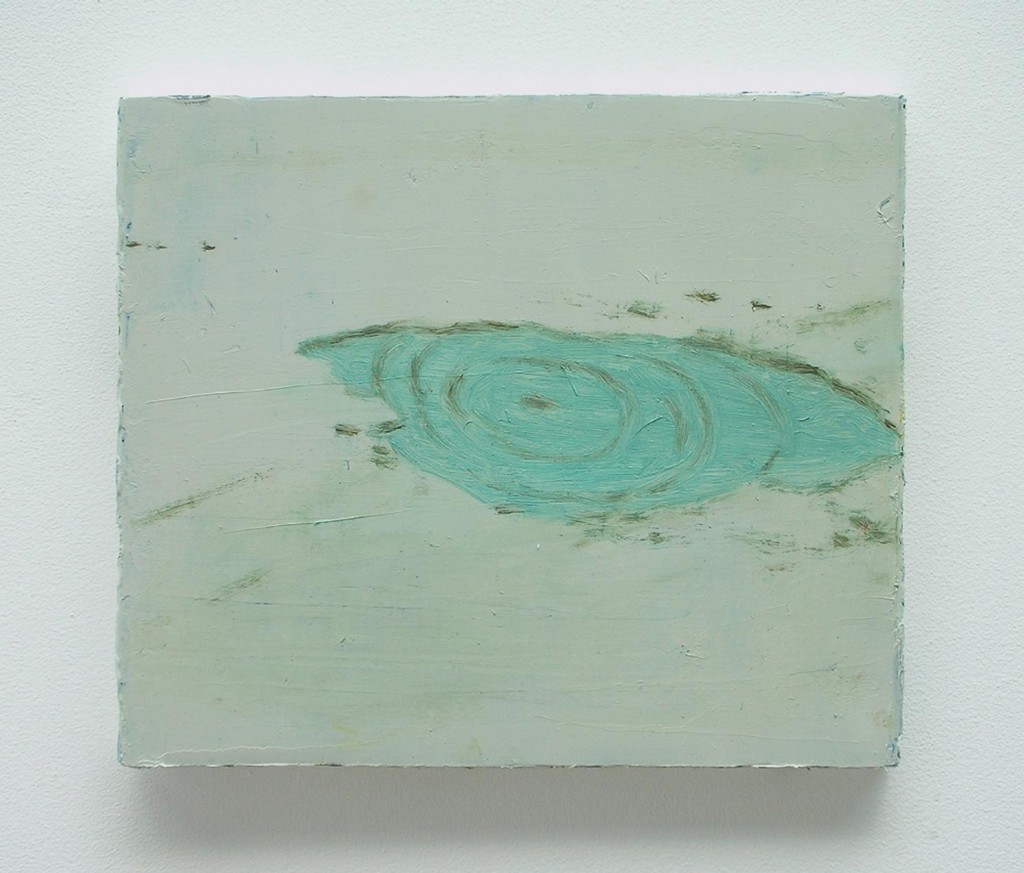 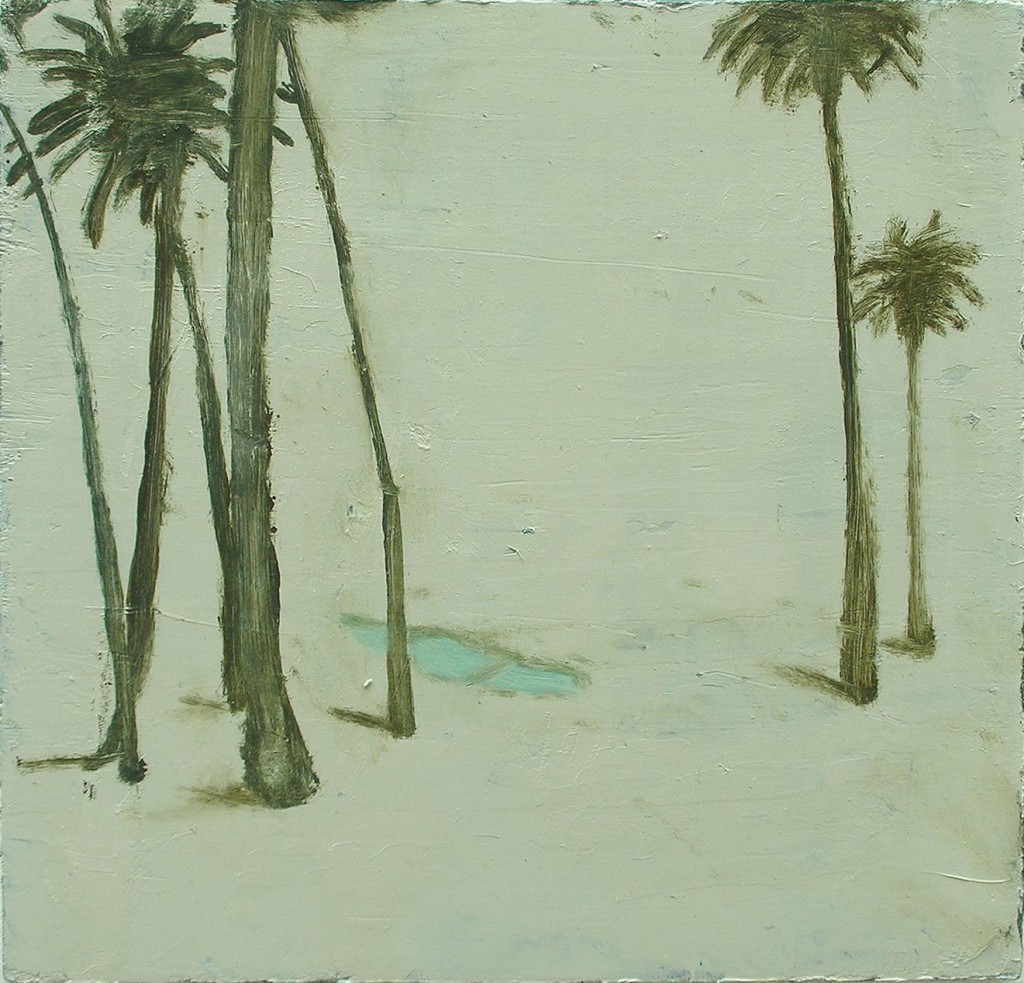 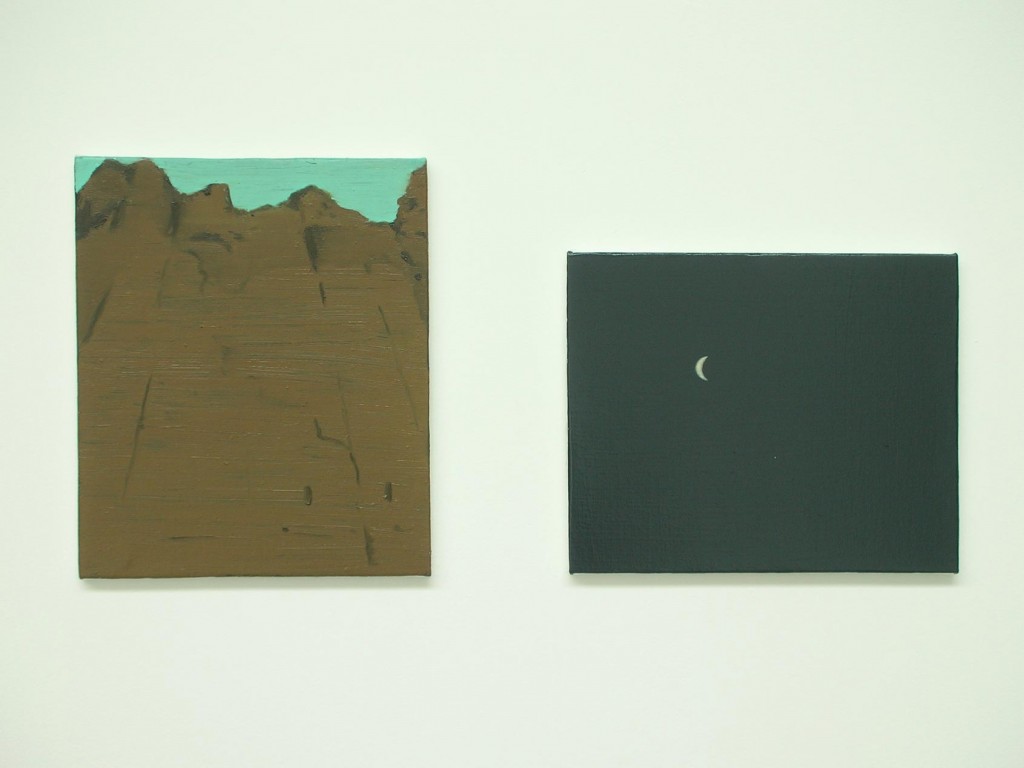 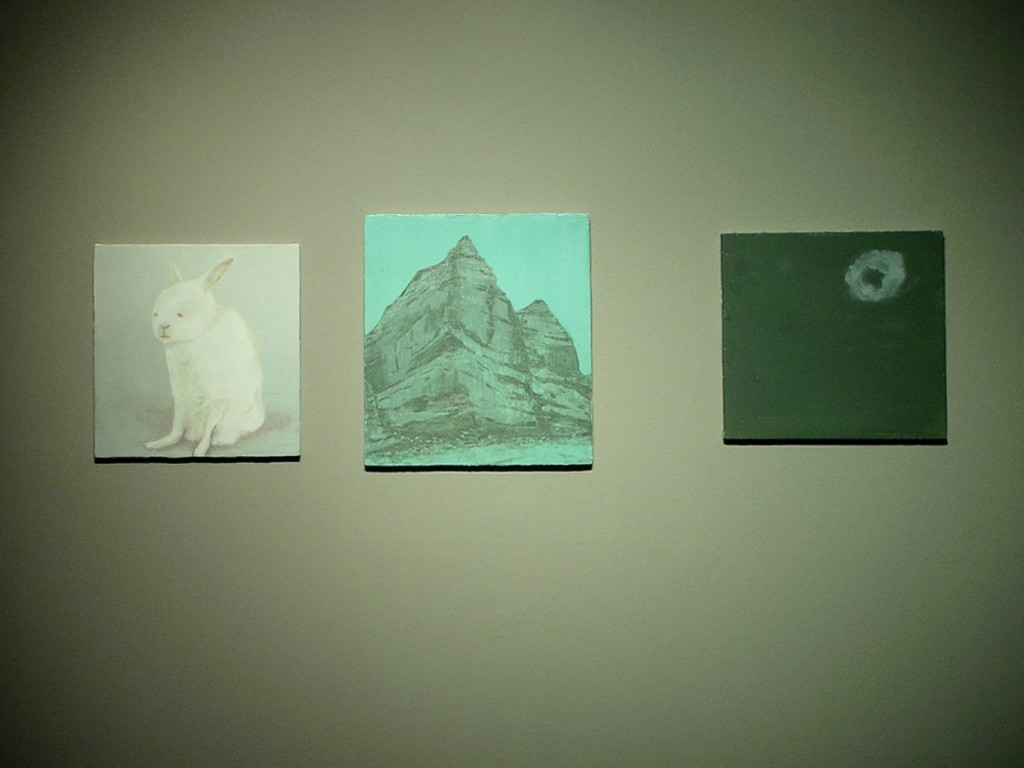 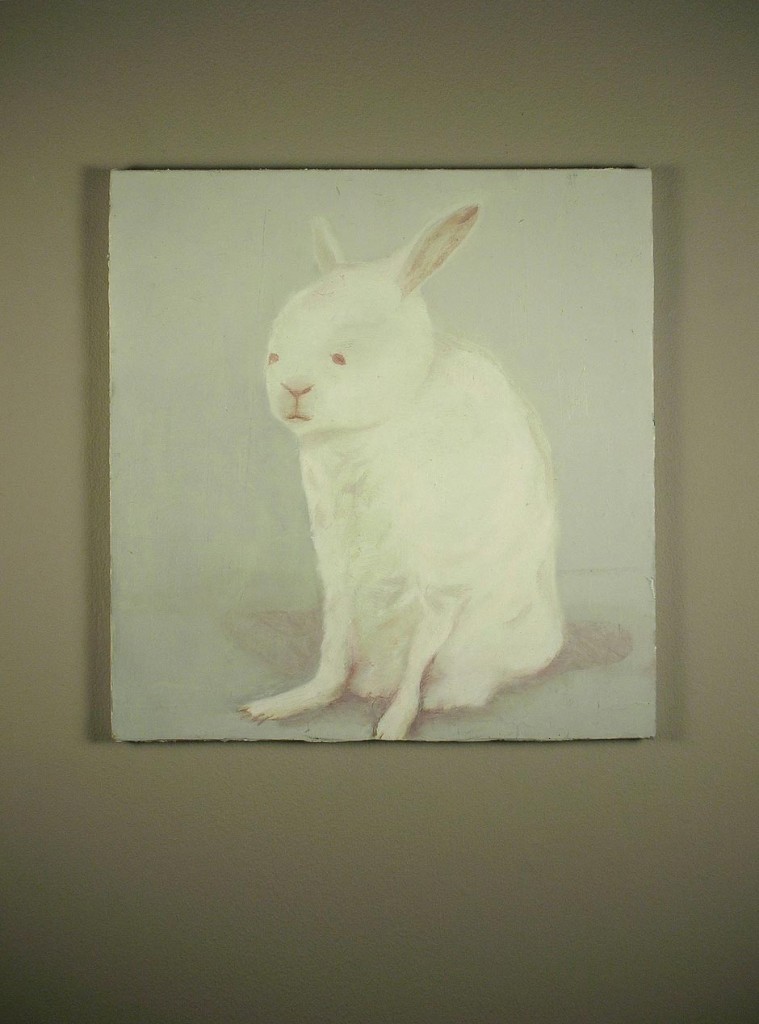 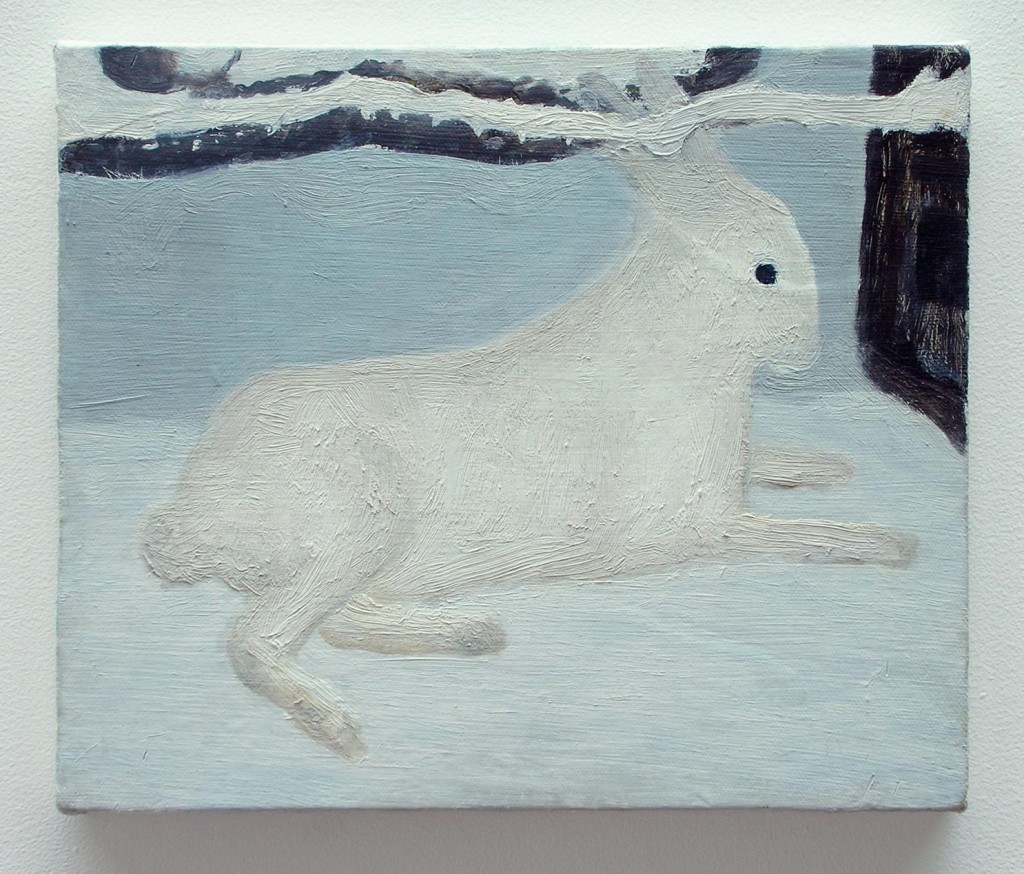 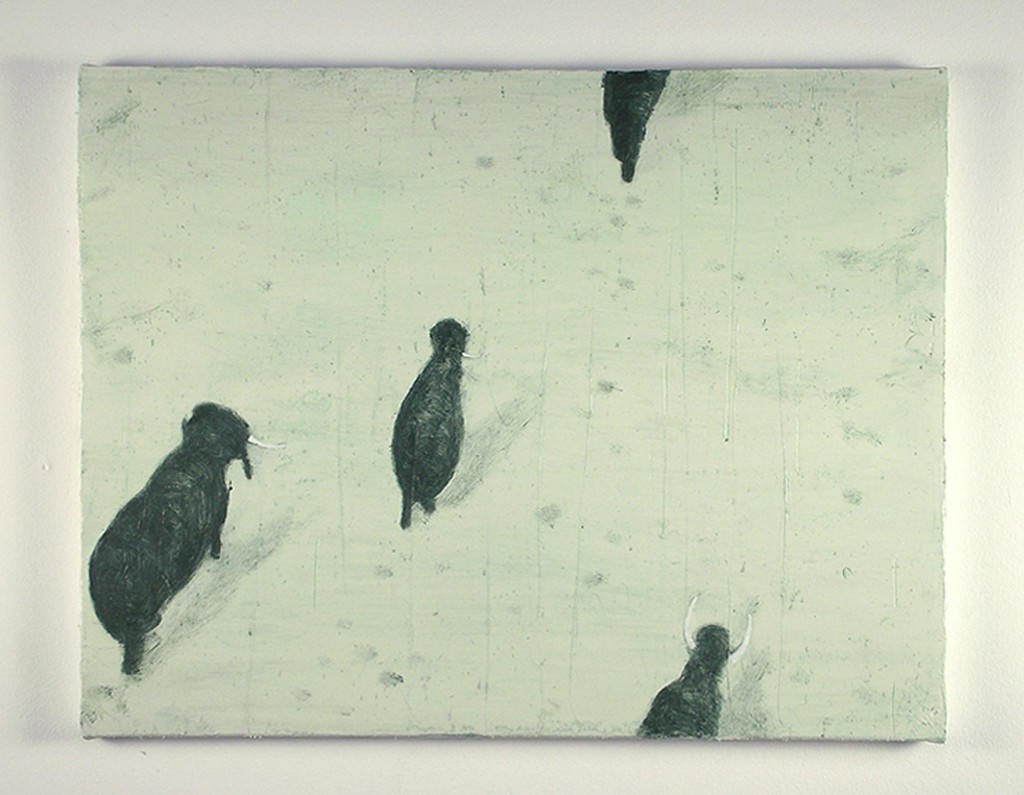 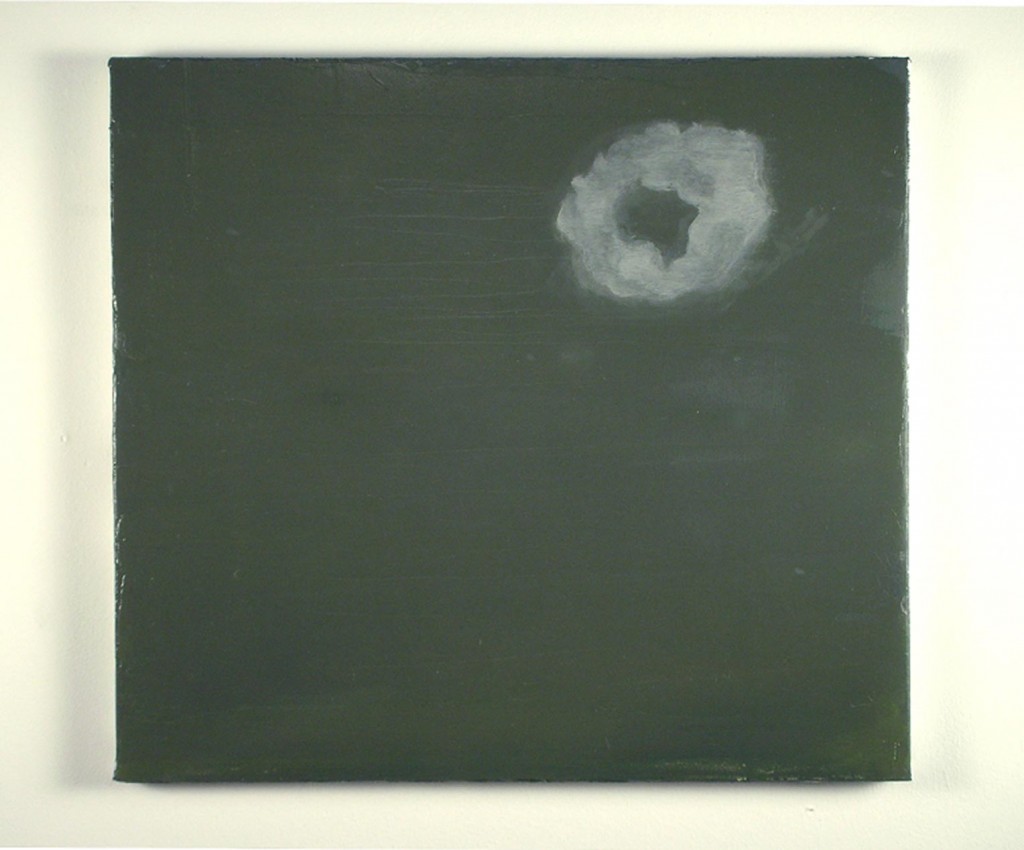